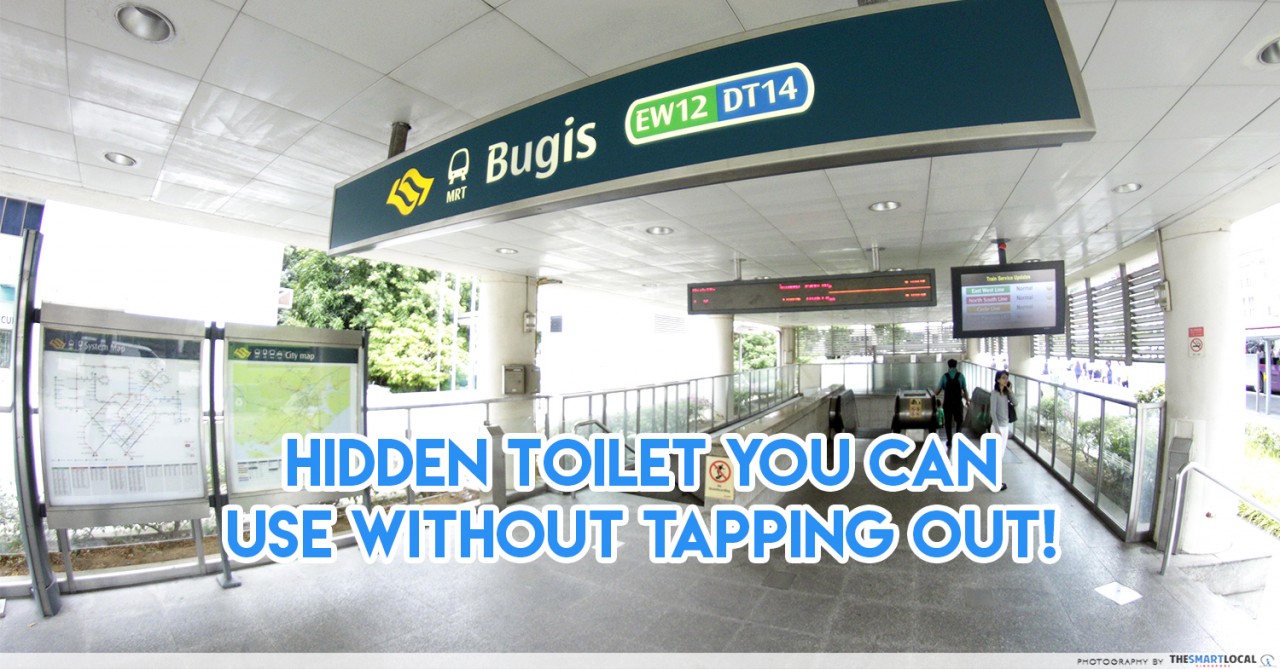 Like most Singaporeans, I have a love-hate relationship with our public transport system. For all the times I had to endure standing shoulder to shoulder with the smelly dude next to me, there are also blissful times when I could gaze at scenic sights like Chinese Garden and the Sports Hub as I make my commute.

Besides these sights, zhng your commute with the many hidden benefits of our trains and buses. Here are ten hacks to use on your next ride that’ll save you time and money.

1. Board at MRT cabins that open to the closest escalator at your exit 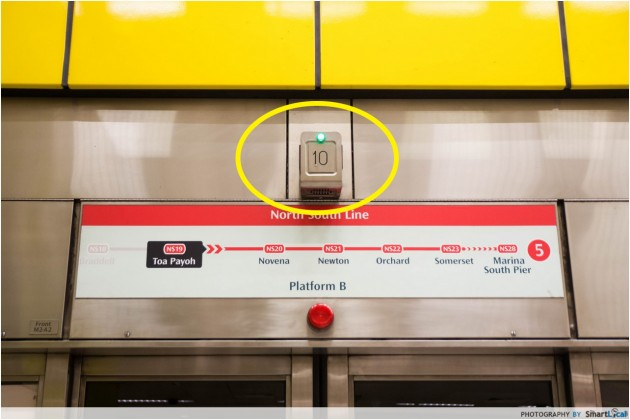 You’re probably familiar with that “Ugh” feeling when you’ve exited your train only to find the escalator well beyond the acceptable walking distance. Avoid the mini pilgrimage simply by entering your train via the cabin that opens directly to the escalator at your exit.

There’s a nifty Android app called Singapore MRT Lah 2.0 that lists these quick escape routes for all the stations so you’ll never have to line up for an escalator again. 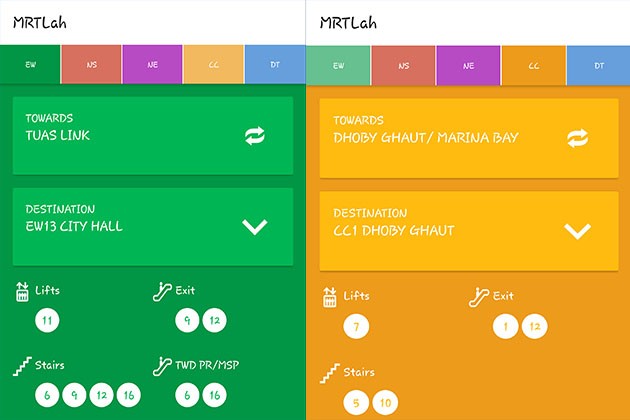 2. Tap out before 7.45 am at these stations and your MRT ride is free 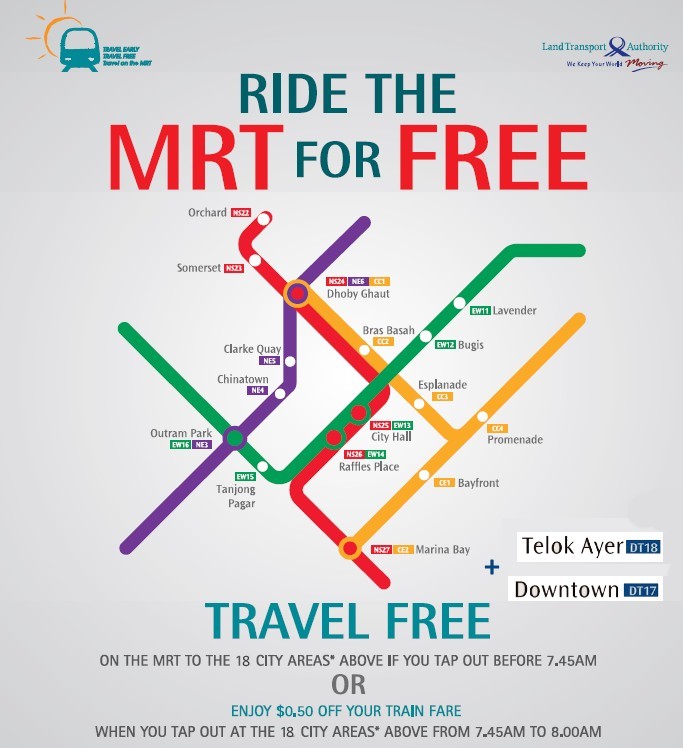 Besides being a surefire way to avoid the nasty peak-hour crowds, commuting on the early early-morning train also nets you a free ride! Just tap out at these stations* before 7.45am.

For the unfortunate souls who suay suay missed the cut-off timing by a few minutes, fret not as you’ll still get 50 cents off your train fare if you exit before 8am.

3. Relieve yourself at Bugis Station’s toilet without tapping out

Nature calls at the worst timing sometimes and there’s no worse place to answer it than in a train. If you find yourself in this dilemma and within the CBD area, alight at Bugis and use the toilet that’s within the gantry area to save on the cost of tapping out.

Note: As the toilet is meant for the handicapped, exercise courtesy and give way to those who need it more. 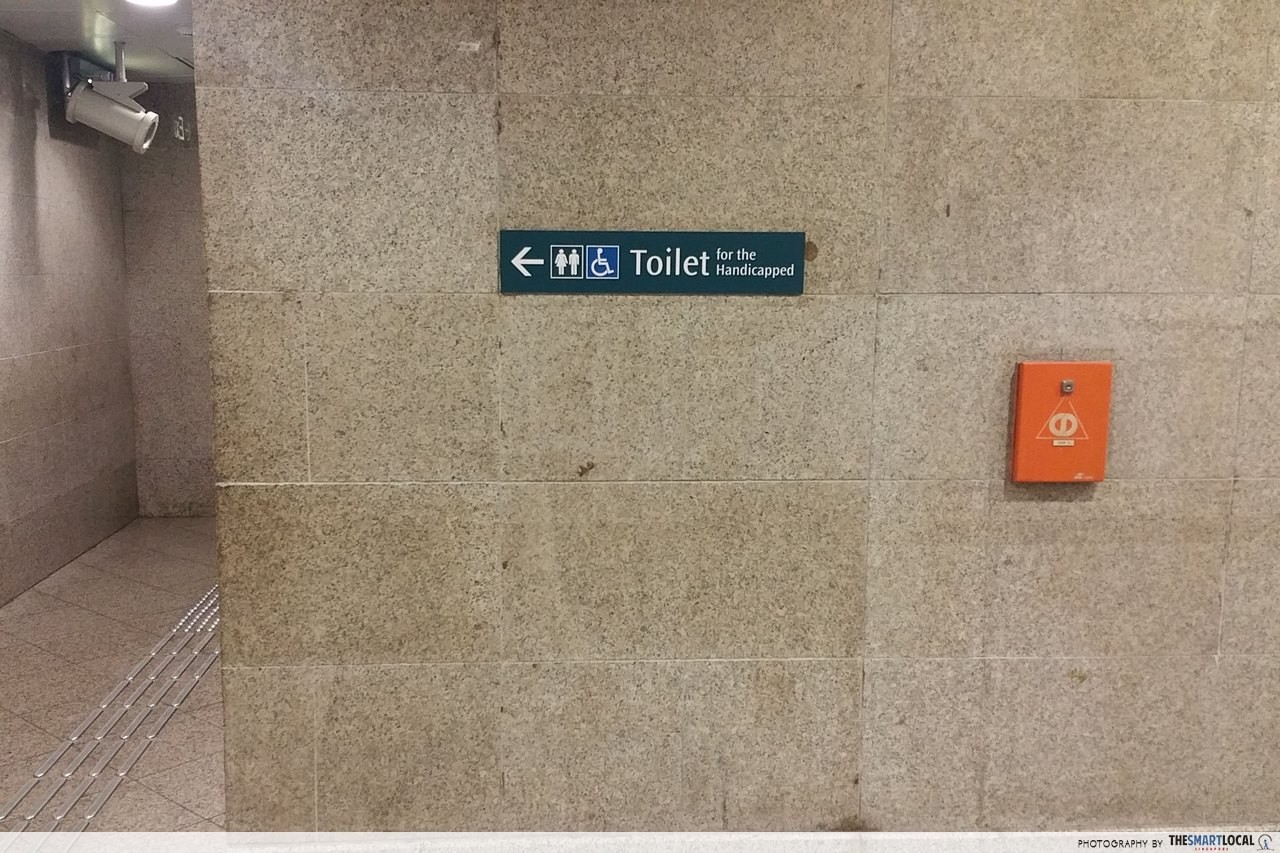 Head to the gantry level. Walk towards the end of the station, furthest from the gantry area where you’ll see this sign. 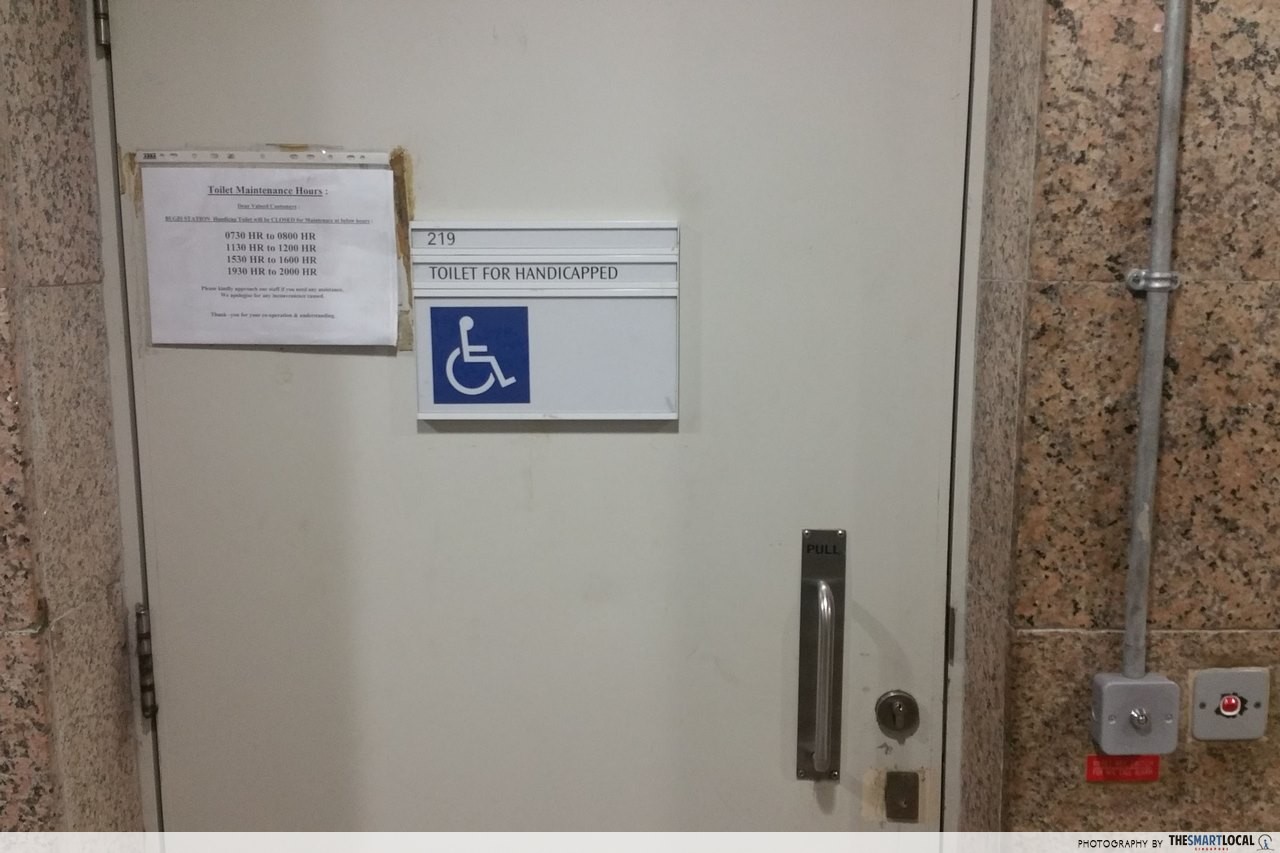 The toilet’s just at the left corner of the sign!

4. Board “fresh” trains at these stations to avoid being squeezed during peak hours 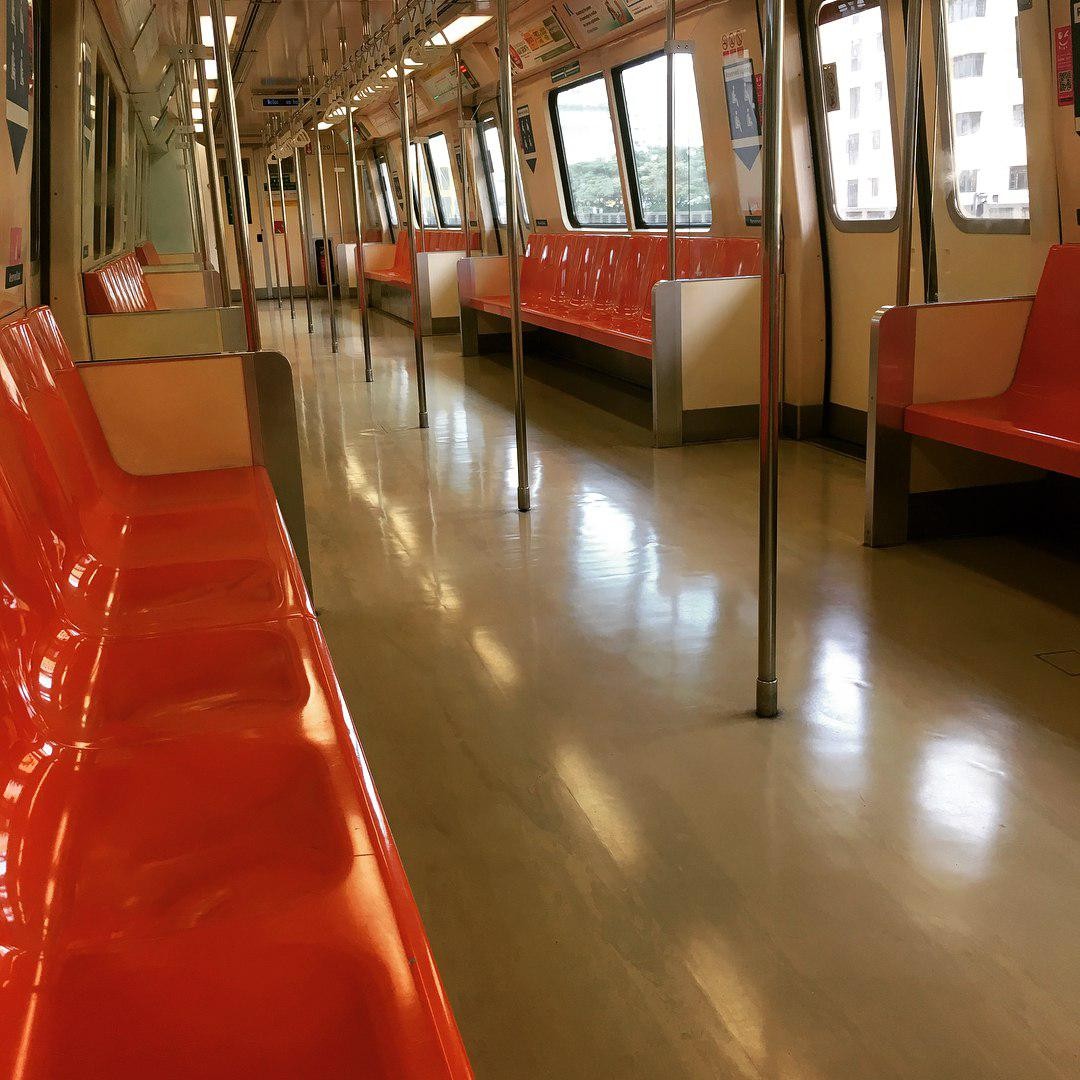 Ever so often, a magical moment happens during the peak hours when an empty train greets you at the station – and it’s not those pesky “Do Not Board” ones. As you thank your lucky stars for blessing you with a seat, you can’t help but wonder “How?”

Well, at certain times before and during the peak period, some trains are launched directly from the depots to the stations adjacent to them. This means you get to board “fresh” trains at:

So test your luck and camp out at these stations for a rush-hour MRT ride that frees your shoulders from the pain of being packed like sardines.

This should be a familiar sight for most Singaporeans: 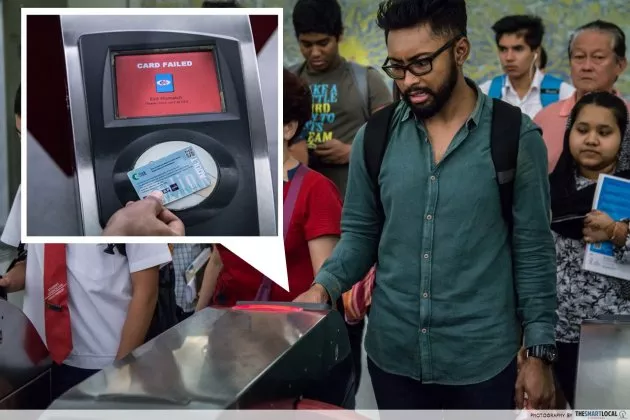 That feeling when your card has no money and you end up causing a mini jam.

You scramble for the top-up machines only to be enveloped by sian-ness when you see that there’s yet another queue to conquer. To avoid this, simply switch to a NETS FlashPay card. 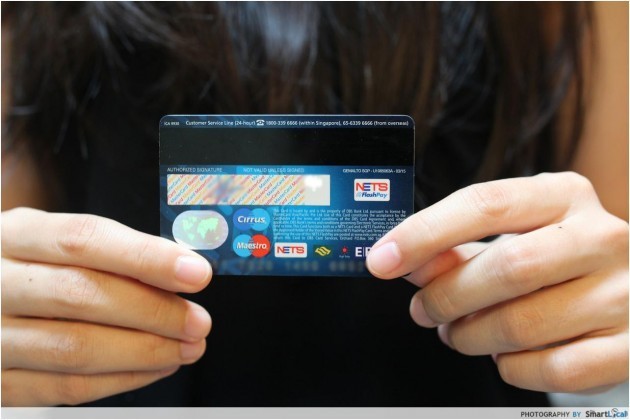 With NETS FlashPay’s Auto Top-Up feature, you’ll never have to worry about seeing the dreaded “Card Failed” again as the service automatically adds funds from your bank account to your transit card via your debit/card card or GIRO.

6. Use the Night Rider services instead of cabbing to save money after a late night out 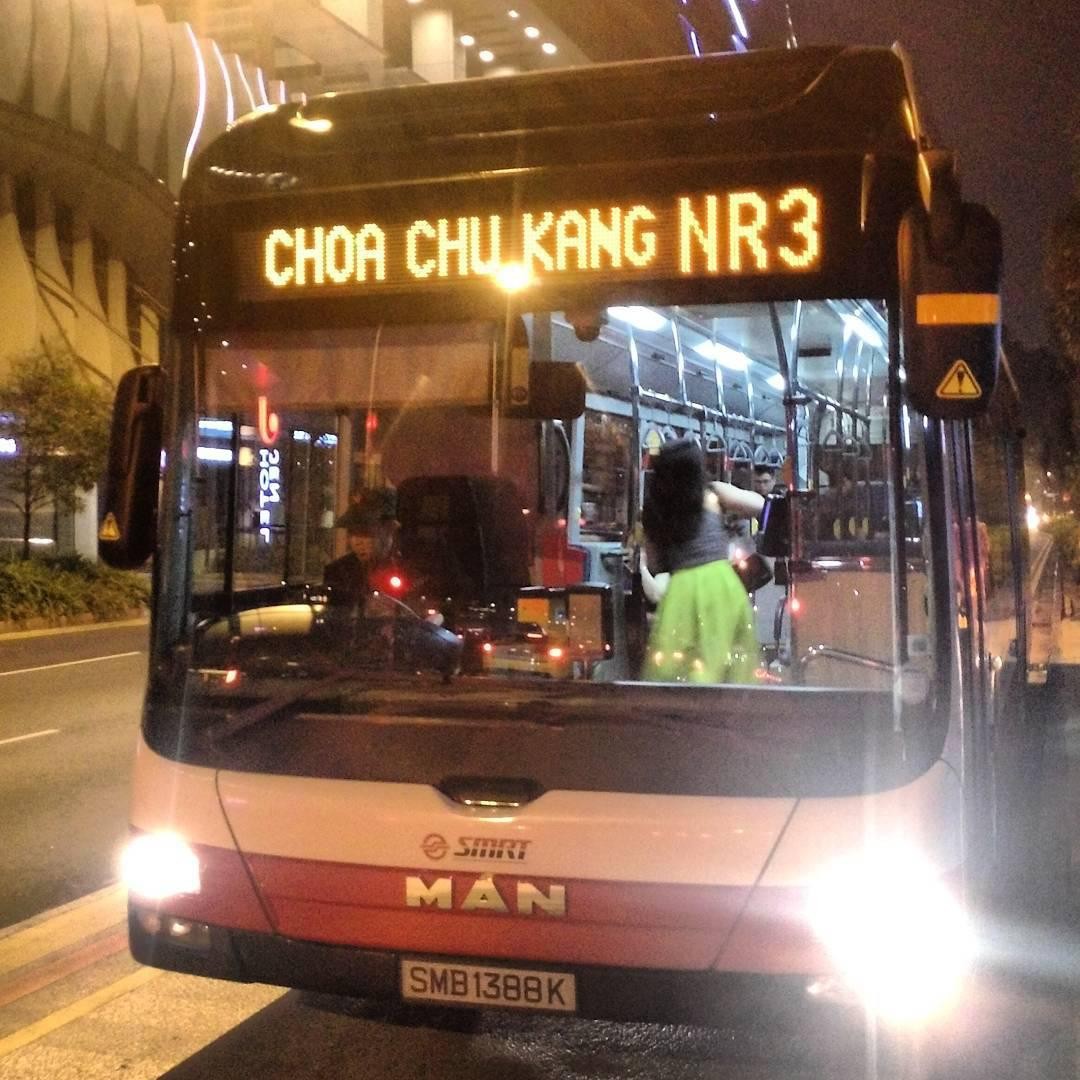 It’s way past midnight on Friday. The last train’s left the station and you’re frantically refreshing your app for cab drivers willing to send your tired butt home. Unbeknownst to you, salvation comes in the form of SMRT’s Night Rider service.

These bus services operate* after midnight on Fridays, Saturdays and the eves of Public Holidays, travelling all around the island from places like Marina Centre Terminal to Bedok and even Choa Chu Kang!

Since they only cost $4.50 per trip, snooze away serene in the fact that you’re heading home without a huge dent in your wallet. In some cases, going home via Night Rider is the best option. For instance, a trip from Victoria Street to Eunos will cost you above $12 via cab but it’ll be $4.50 via Night Rider even though it’s the same route.

7. Enjoy discounted fares on your transfer trip if it’s within 45 mins 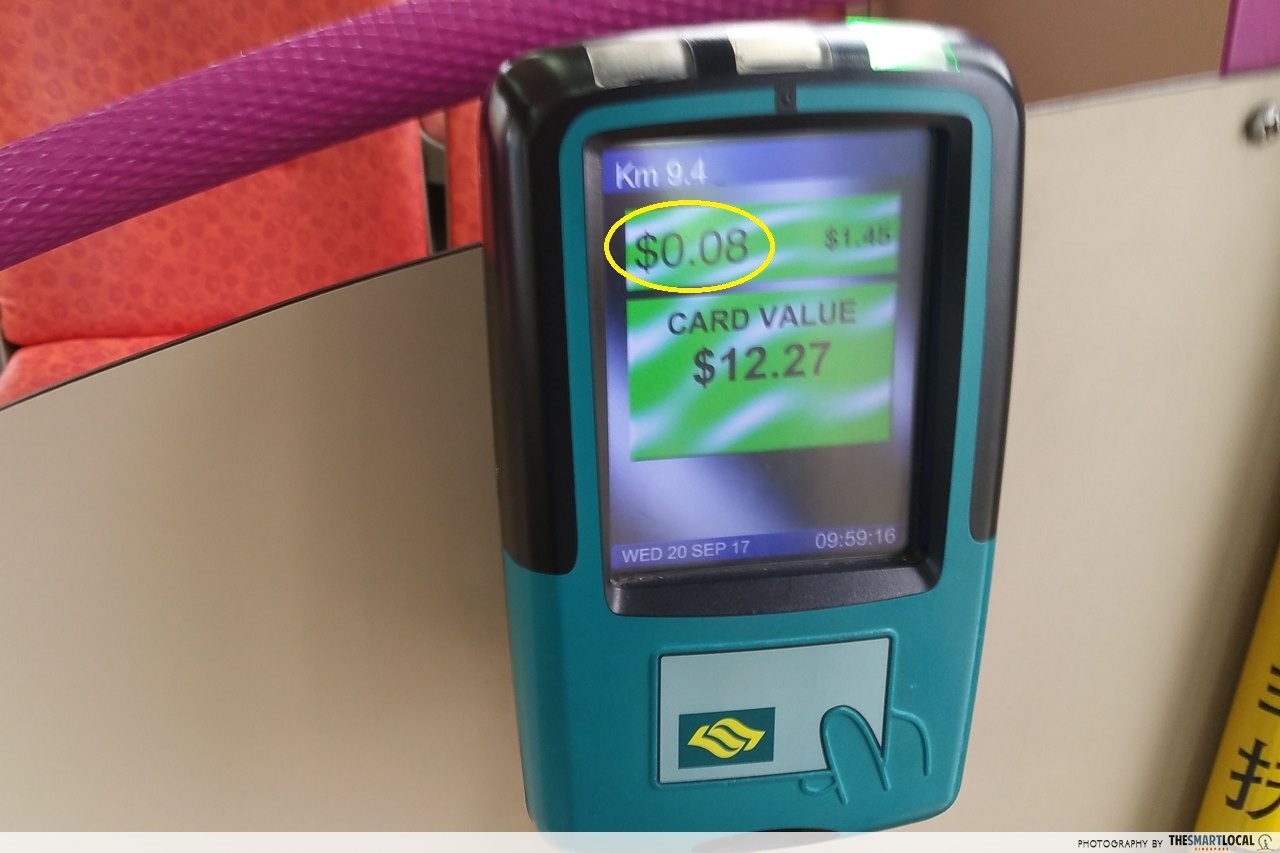 We may have switched over to the Distance Fare scheme way back in 2010 but many Singaporeans are still unaware of what it entails exactly.

So, as long as you’ve transferred to a different bus/train service within 45 minutes, you’ll get a discounted fare on your transfer trip.

If you’re running a short errand and returning to where you started from, take a different bus to and from the place! If it’s within 45 minutes and the total distance traveled is under 3.2km, your transfer ride is free and you’re essentially getting 2 separate rides for the price of 1!

8. Save on your mobile data by tapping into the free WiFi at these stations 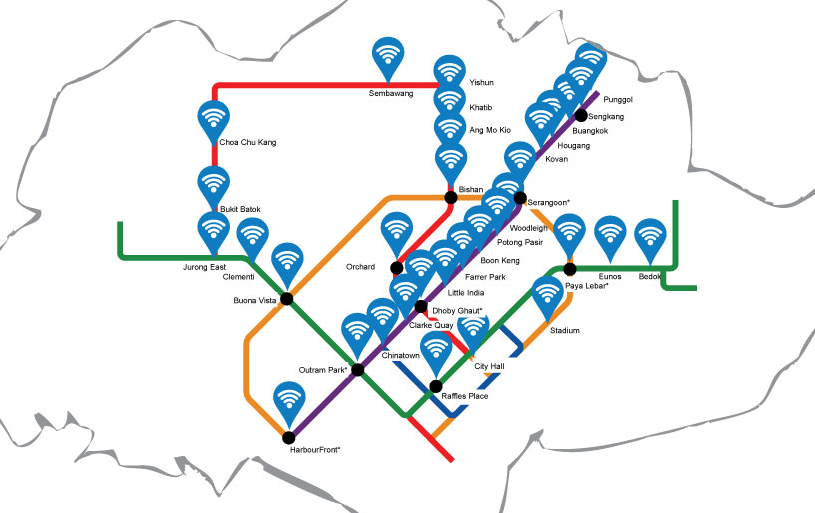 Next time you’re playing Fight List at the MRT station, tap into the free WiFi to protect your mobile data from being eaten up by the video ads.

All you have to do is download the Wireless@SG app via the App Store or Google Play and register to enjoy free WiFi at these 33 stations: 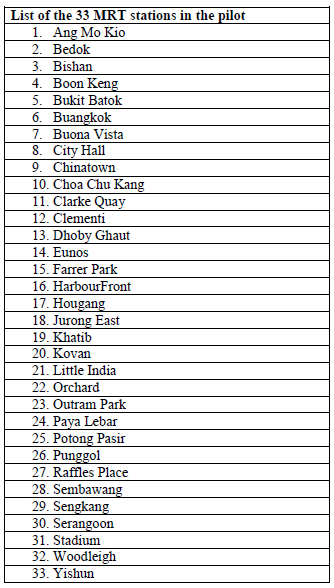 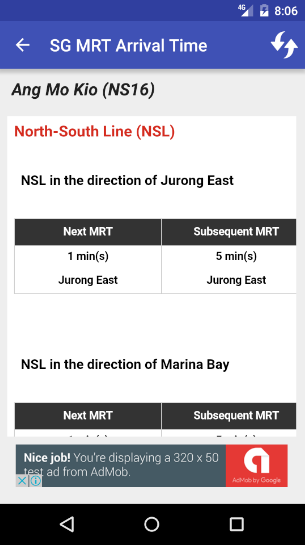 No more last minute sprints to catch your train as you can now find out when your ride is coming before even leaving home. Just download the SG MRT Arrival Time app or the SG MRT Telegram bot and plan your walking pace accordingly.

Black always looks good on cards and the limited-edition SMRT 30th Anniversary NETS FlashPay card is no exception. This aesthetically pleasing piece also gives you a slew of great deals from Eu Yan Sang, Food Junction and bonus WINK+ points on the WINK+ app, available on the Apple Store and Play Store. Accumulate enough points and you’ll even score a free movie!

Love your ride with SMRT & NETS

SMRT is celebrating her 30th birthday this year and as part of the festivities, the company’s teaming up with NETS to bring you the SMRT 30th Anniversary NETS FlashPay card.

Get it at $12 (with $7 stored value) from SMRT train stations. Alternatively, buy it at only $5 (without stored value) online and get it delivered to your doorstep for added convenience.

With this swanky card, you’ll get deals from Eu Yan Sang, Food Junction and WINK+, on top of the standard perks of using a FlashPay card like rebates and discounts.

Do your part for charity as proceeds from the sale of these cards will go towards SMRT’s adopted charities like the Cerebral Palsy Alliance Singapore and Geylang East Home For The Aged too.