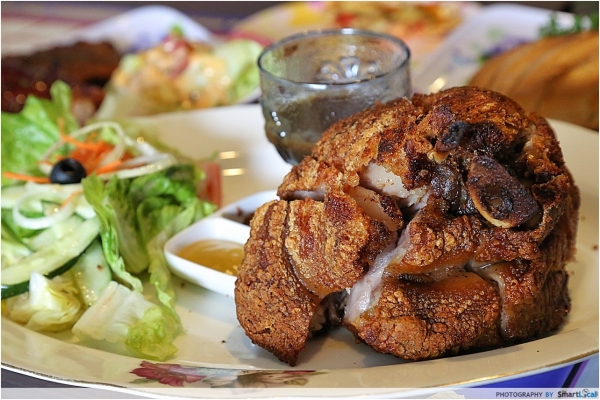 From the outside, Lee Tai Fu seems like the typical nondescript diner you always pass by but never enter. It may even look a wee bit out of place in the trendy Tiong Bahru – and people may also know the place by its previous name – Potbellies. So when I stepped inside, I was unexpectedly hit by a wave of nostalgia. The vintage typewriters neatly placed on the shelves, childhood glasses with cartoon characters printed on them, old-fashioned telephones as well as the baby chair which the owner Derek used to sit on, still keeps till today.

Though the mass of vintage objects looked quite cluttered to me, they brought out a genuine retro vibe in the store. 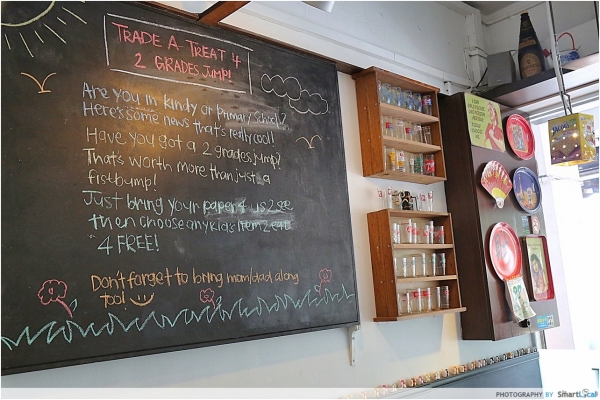 Check out the signboard that says your child is entitled to a free Kid’s Meal if he has a 2 grades jump in his exams! Think of any, just any food joint that carries out this initiative. Well, I just can’t.

While waiting for your food, you can help yourself to a range of gameboards including Weiqi and Snakes and Ladders, which are randomly plastered onto every table in Lee Tai Fu. This is Lee Tai Fu’s bid to increase family interaction while waiting for piping hot food to be served instead of having each family member merely glued to their smartphones..

Lee Tai Fu pride itself in churning out nothing but the best comfort food, so be it whether you’ve gone through a bad breakup or even a small tiff with your BFF, Lee Tai Fu want to be the first you turn to.

The Food at Lee Tai Fu

A wide array of beers are available at Lee Tai Fu, bringing our their theme of fun when it gets popular with the older crowd at night. Two such beers are exclusively available to Lee Tai Fu: Poleeko Gold Pale Ale, and Victory Golden Monkey. We stayed off the alcohol and chose their Homemade Lemon Tea instead, which I personally felt was too sweet. 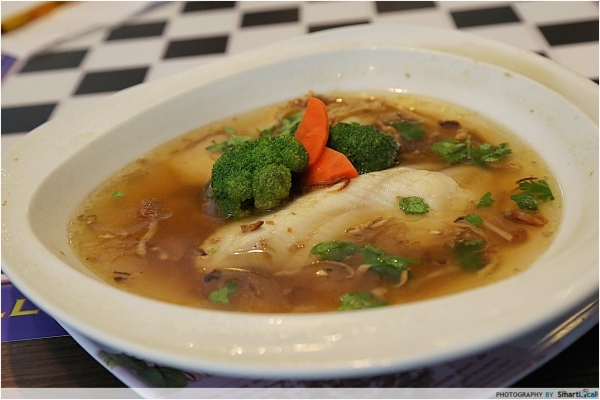 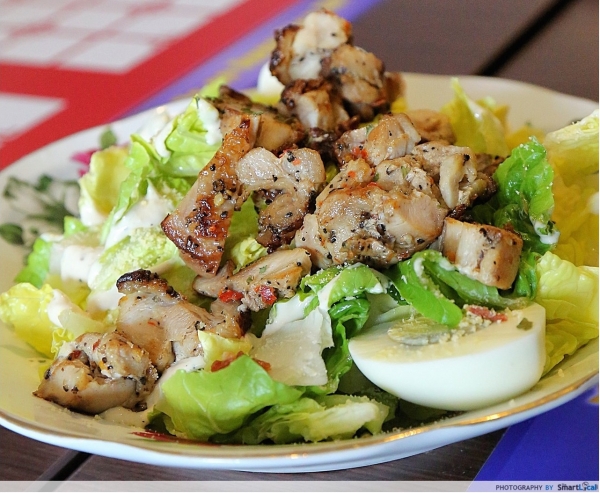 The Lee Tai Fu Grilled Chicken Caesar Salad ($14) stood out with their new twist on this classic. Think crunchy lettuce and a tinge of flavourful spices mixed in, removing all the blandness everyone associates with salad. 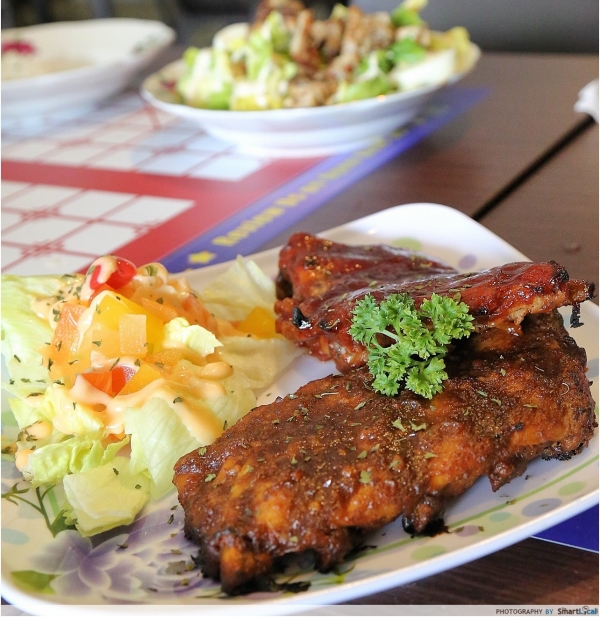 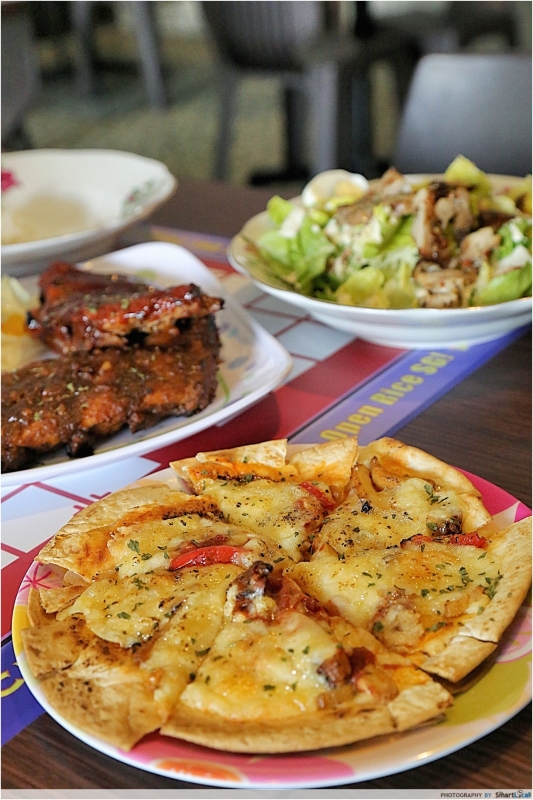 Our favourite at Lee Tai Fu was no doubt their Homemade Otah Pizza ($22). Who would’ve thought that when a innocently looking plate of pizza arrived, all hell would break lose. Their Otah Pizza was freshly oozing with 4 different secret types of cheese specially handpicked by Derek, which were generously melted layers upon layers of fresh otah, atop piping hot pizza bread. Bryan succumbed to the Otah Pizza and devoured the last few slices in one fell swoop.

Another dish Lee Tai Fu prides itself in serving is their Lee Tai Fu’ Pork Knuckle ($55) that comes with an array of sauces. Their Pork Knuckles are marinated for 3 days and then slow-baked in a bid to ensure that the outside is crispy, while the flesh inside is juicy and tender. Because the Pork Knuckle comes in such a huge serving, you can share this with a couple of friends and still be satisfied to the brim. 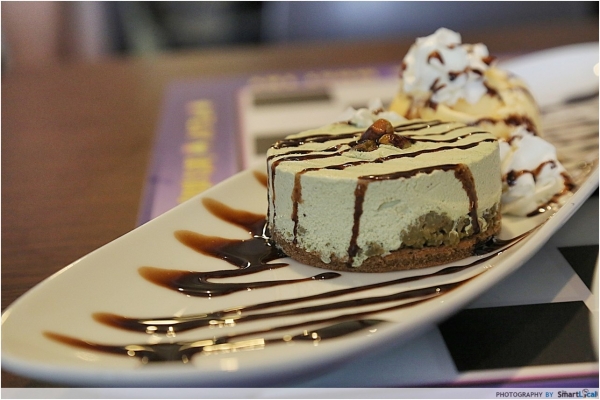 While the pasta was just average to us, don’t leave without having the two aforementioned desserts, they were heavenly. 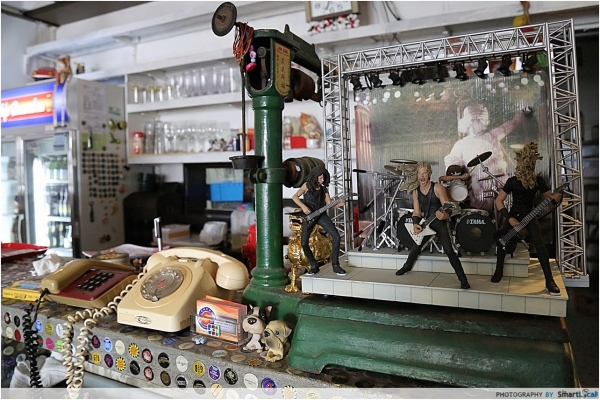 Previously known as Potbellies, Lee Tai Fu owner Derek has a long history in F&B, starting nearly 14 years ago. He previously co-ran Heart of House along this same row of shops before venturing out on his own after they closed shop.

Derek is nothing less of the friendly giant. He struck me as, gentle and warm, ready to engage in friendly banter about the novel display items in Lee Tai Fu and anything you could ask him.

During our meal, I looked around and saw a young family at one of the tables, keeping a preschool child entertained as he drew and coloured. Though Lee Tai Fu is relatively new in the industry, they seemed to have already established themselves as a family-oriented dine-in option and I applaud their continuous efforts.

While we can’t recommend all the dishes, some of them especially the locally infused dishes really stood out. With their unique 4 cheese recipe, they have some of the best pizzas we’ve ever eaten in Singapore with the absolute must try here being the otah pizza. The trip here will be worth it just for that alone. Other highlights were the Caesar Salad and Sambal Pork Ribs. 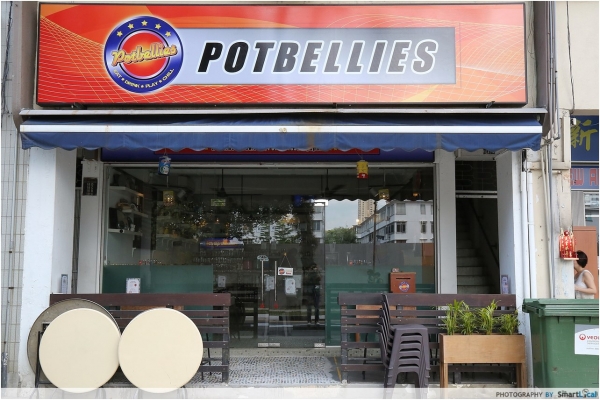