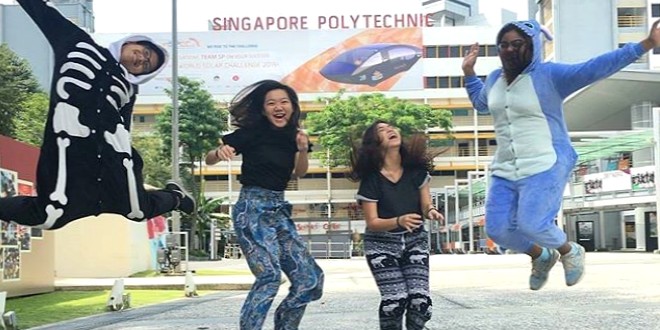 Poly kids, we feel your pain. Ever since the fate of your post-secondary education was sealed, you’ve had to deal with scathing enquiries of, “Results not good enough to go JC ah?” every Chinese New Year when your EQ-challenged aunties come to visit.

Obstacles may have been aplenty, but there’s no denying that these 3 years brought us down a path filled with wonderful memories, lifelong friends, and an abundance of lessons learnt both in and out of the lecture theatre.

In fact, looking back will probably make you realise what an absolute blast it was for us as compared to our junior college counterparts. Here are 10 things all poly-goers will fondly remember!

1. Having the “privilege” of fussing over what to wear every day for 3 years 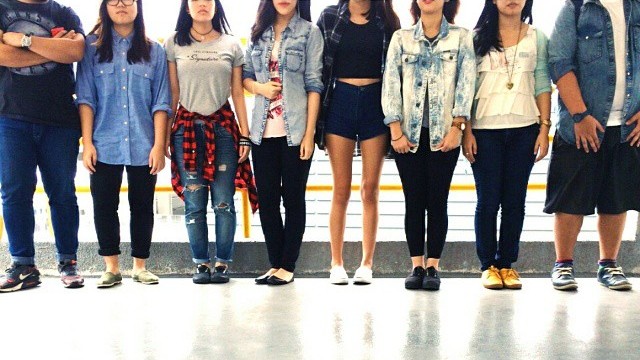 There’s no thrill quite like hanging up your uniform once and for all, and going on a shopping spree to make sure you were looking fresh and fab for the first day of school. Say goodbye to your boring black tresses as well, you finally became free to rock hair colours in every shade of the rainbow. Go wild! 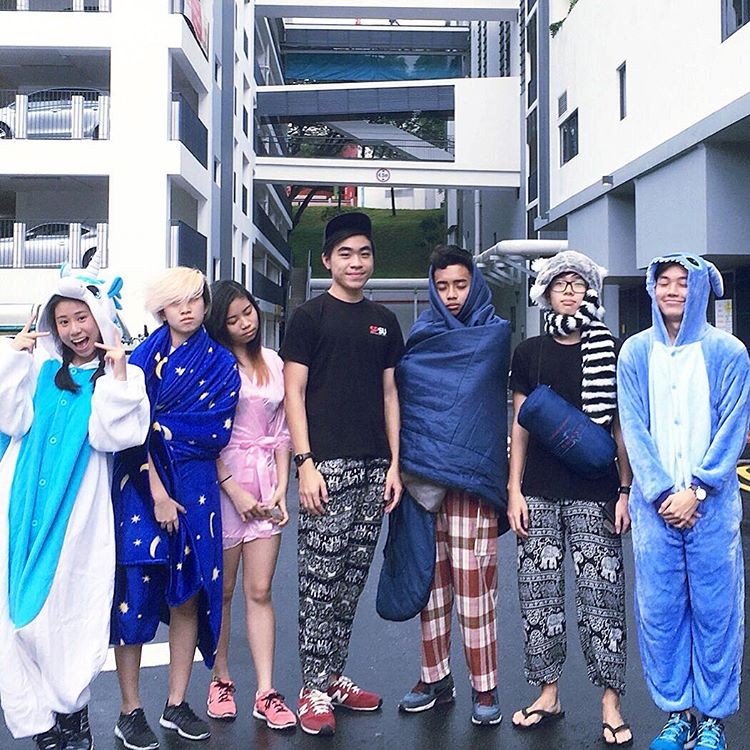 It didn’t matter whether you decided to don the casual shorts-and-slippers combo or head to school fully decked out in the latest threads fresh from the runway. One of the biggest poly perks hands down, was the lack of strict uniform guidelines.

2. Feasting like kings and queens on food priced for peasants 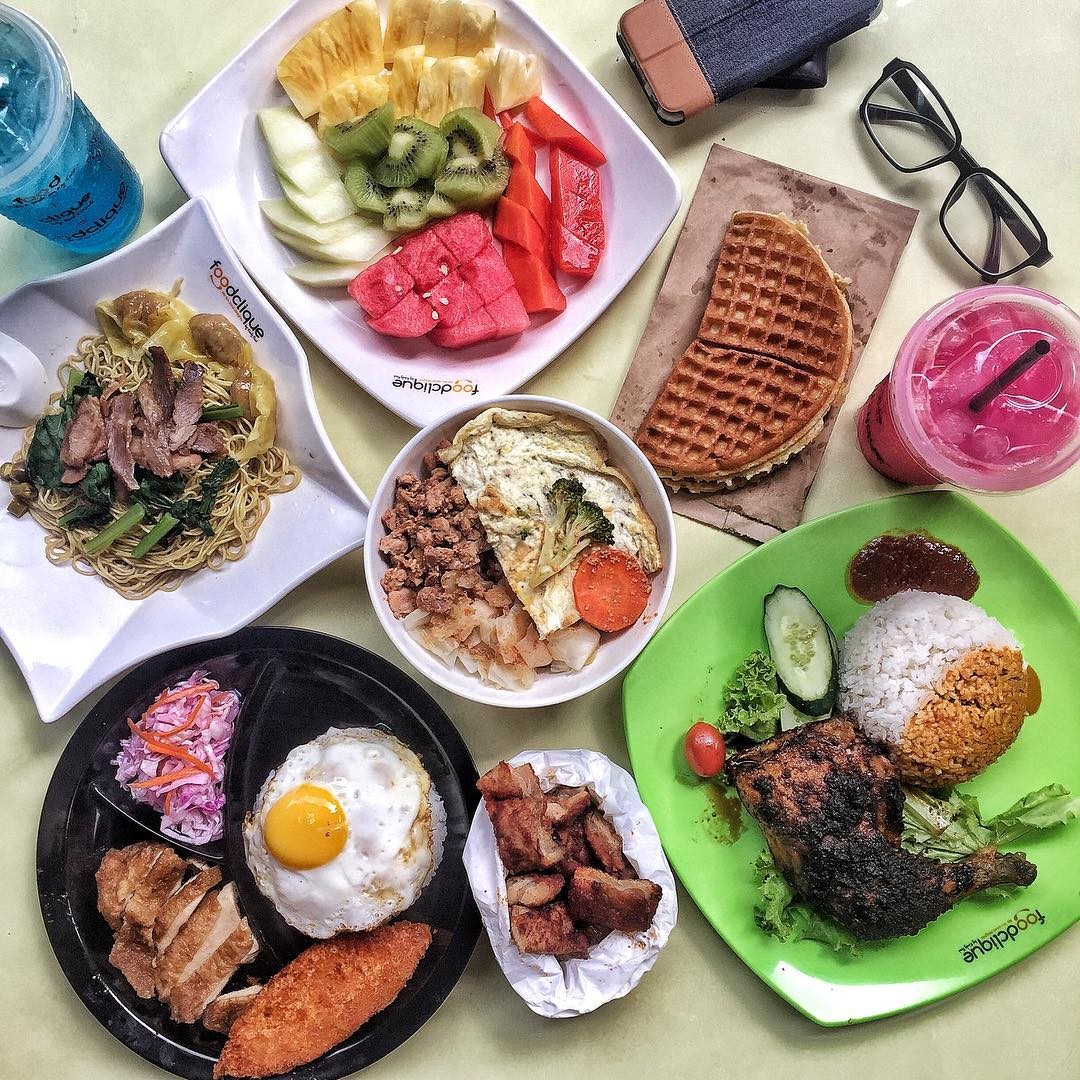 Instead of sticking to the same couple of canteen stalls, poly kids had it made with a campus-wide supply of good food at dirt cheap student prices. Think Sakae Sushi, Llao Llao, Starbucks and just about every fast food restaurant under the sun. Whatever cravings you had in between classes, there was something in store for you.

And don’t even get me started on all the food courts that boast humble hawker stalls with hordes of raving fans. When non-polytechnic students sneak into the campus just to have a taste of the amazing offerings… you know the food is nothing less than phenomenal.

3. Receiving first-hand wisdom from the best in the biz

No horror stories about your teachers here. Ask any poly kid and they’d tell you one of the things they remember most fondly about school is the lecturers. 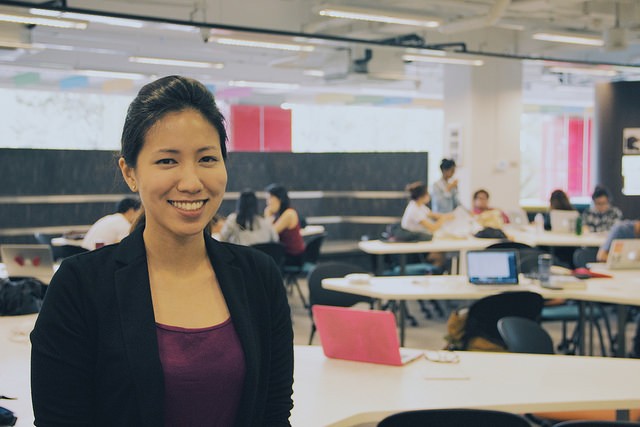 More than just regular people who were trained to teach a particular subject, most polytechnic lecturers made the transition into mentoring only after decades of experience in their respective careers. This means that they are the industry experts of the field you’re studying, so you could rest assured that you were in good hands. 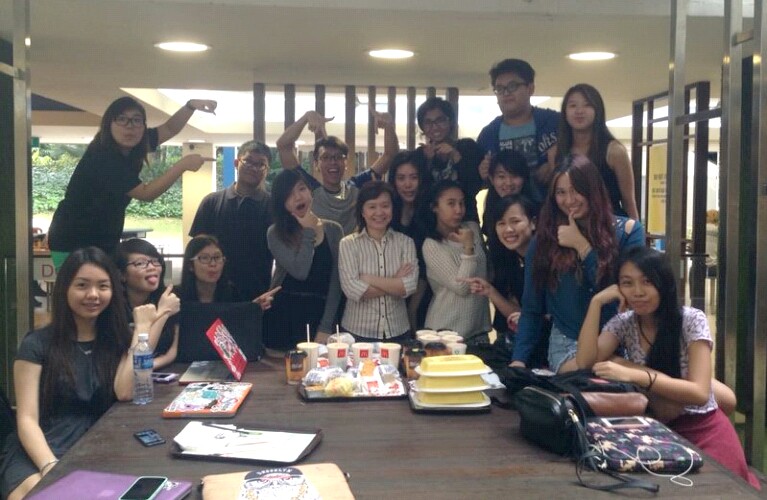 Source  Does YOUR teacher buy everyone Mac’s breakfast to celebrate the end of the term? Didn’t think so.

Without the formal classroom structure, they were also a lot easier to approach. In fact, most of my lecturers have transcended into buddy status. Even after graduation, they’ve still got a permanent spot in my clique of friends!

4. Getting to try your hand at the swankiest equipment 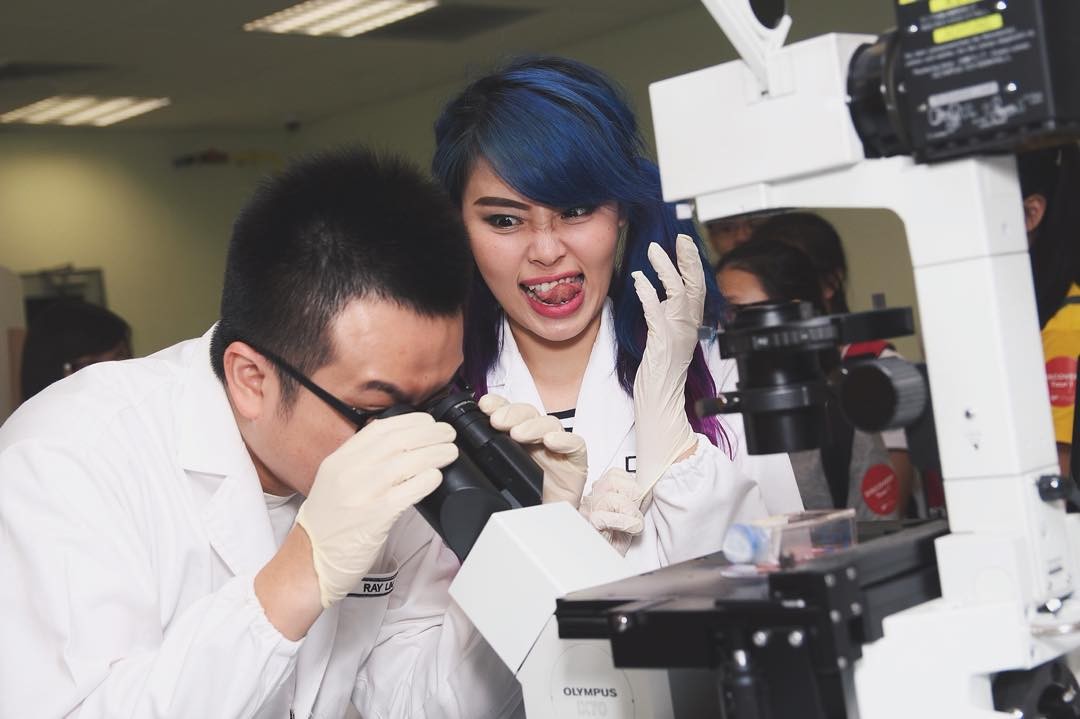 We went beyond reading textbooks cover to cover and trying to memorise everything right down to the full stops. Nothing beats actually getting down and dirty with the tools of the trade yourself! Whether it was something simple like editing my first picture on Adobe Photoshop or designing a 3D prototype in the mechanics workshop, software and machinery were always at our disposal to both learn and create. 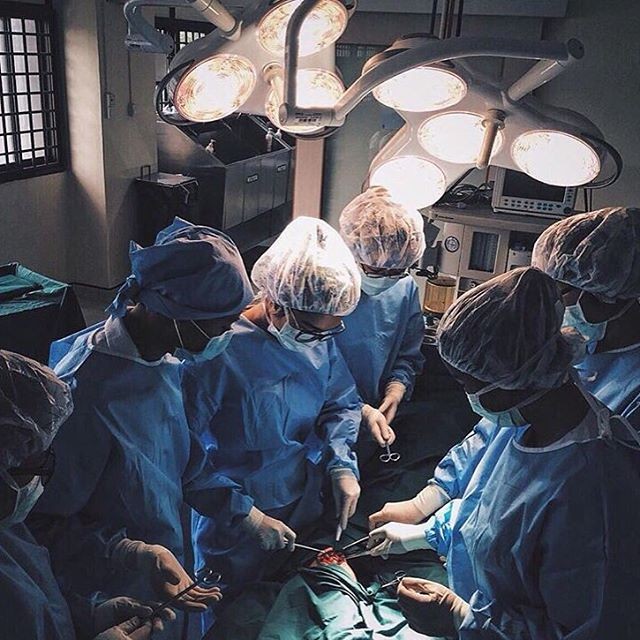 Source  ‘Cause how else would you get the chance to simulate a surgery, am I right?

From science labs to music studios, we got our practical education with only the most top notch facilities.

5. Never running out of Instaworthy #OOTD spots all around campus 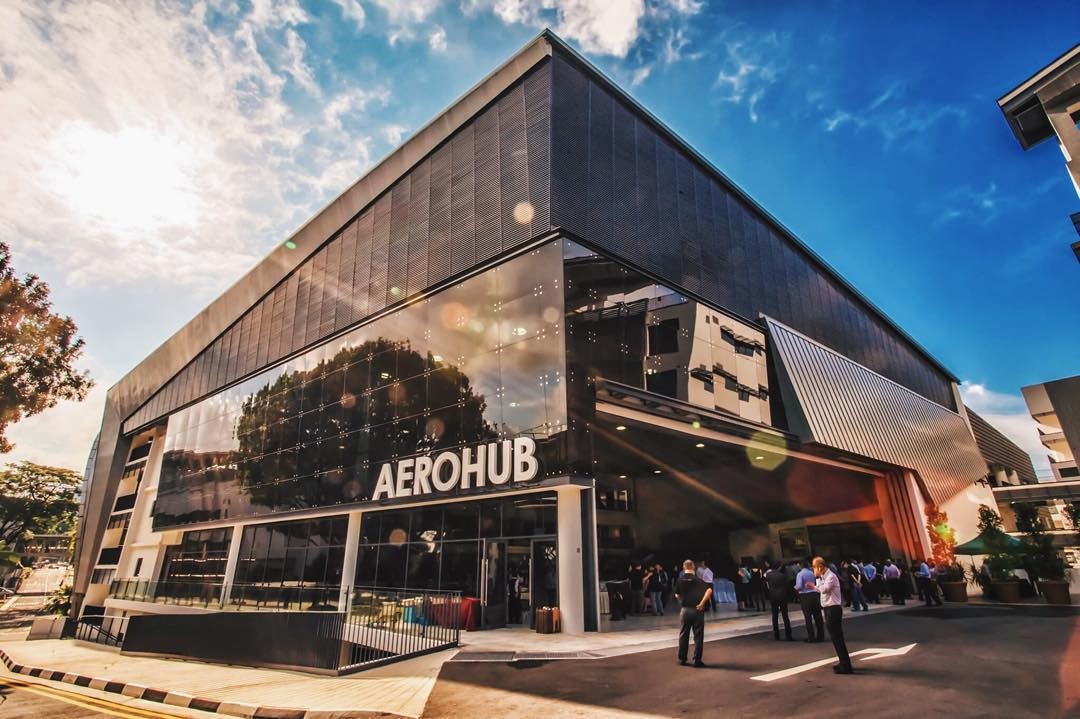 No matter which of the 5 polytechnics in Singapore you hit up, you’d be struck with a major case of campus envy. It’s nothing short of architectural excellence, with stunning sights all around. Nothing spells success inspo quite like gorgeous buildings. You’d be surprised what moving from a drab classroom to visually epic surroundings will do to get your brain juices flowing! 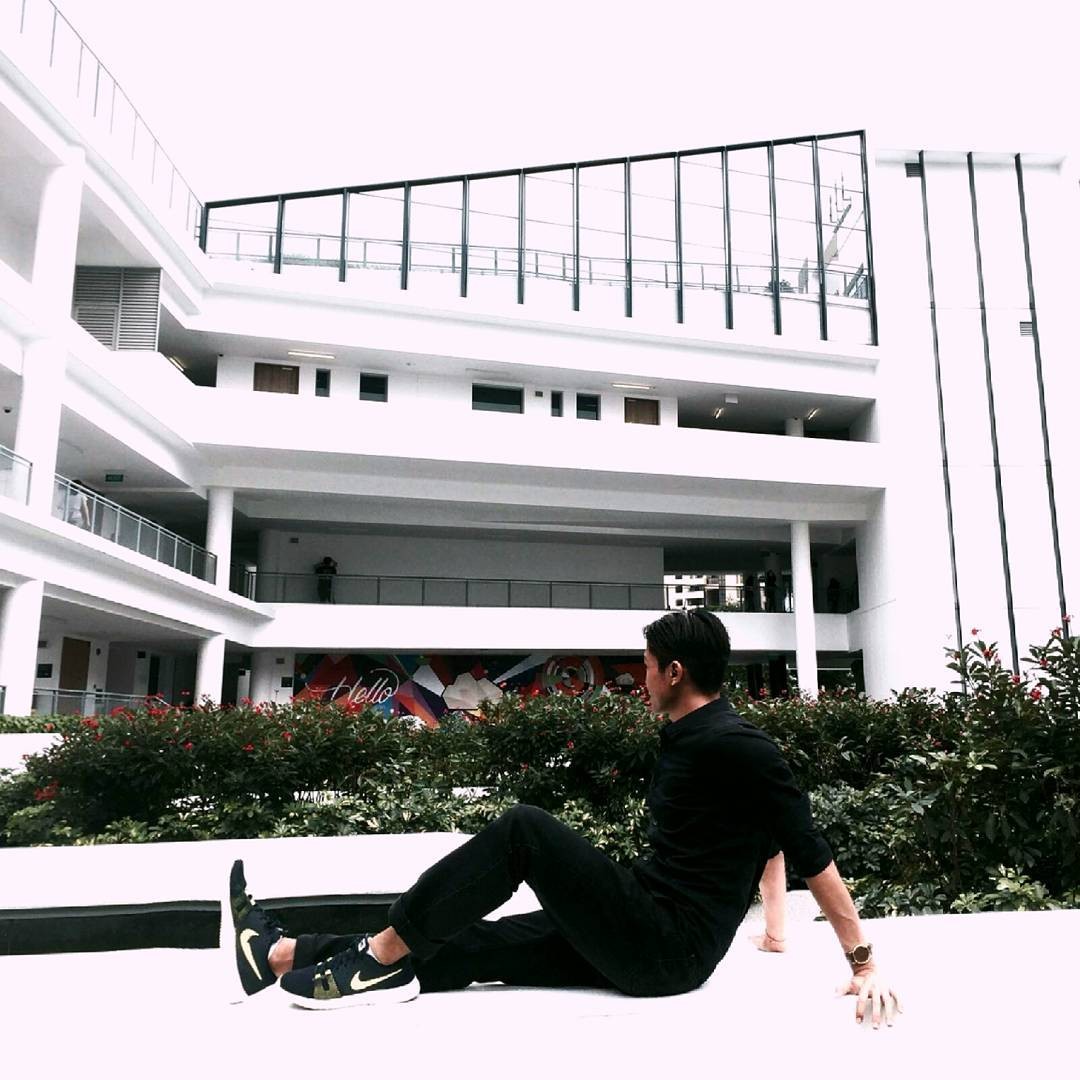 There’s also no lack of impressive backdrops for all your #OOTD needs. It’s probably a safe bet to say that you’ll have 3 year’s worth of killer Instagram shots, all at the most exotic of locations. And your envious followers who think you’ve scoured the whole nation just to find such spectacular buildings, will have their jaws on the ground when they see the location tag that says: Campus Block 11B.

6. Learning more than just the ABCs and 123s

Forget algebra. And how often do you think you’ll need to apply Pythagoras’ theorem in your future career?

Poly taught us everything we needed to know about the field that we’re in, from the theoretical portions right down to execution during our projects. Most times in collaboration with actual companies in the industry, too!

Source  Not exactly…But hey at least I know the basics of law!

What I appreciated even more were the extra modules slotted in that didn’t correlate directly with our chosen course, but proved to be of bountiful importance anyway. Yes, they were a pain to study, but you never know when basic knowledge in Business Skills, Economics and even Intro To Law might come in handy.

7. Enjoying free campus-wide wifi and power plugs as far as the eye can see 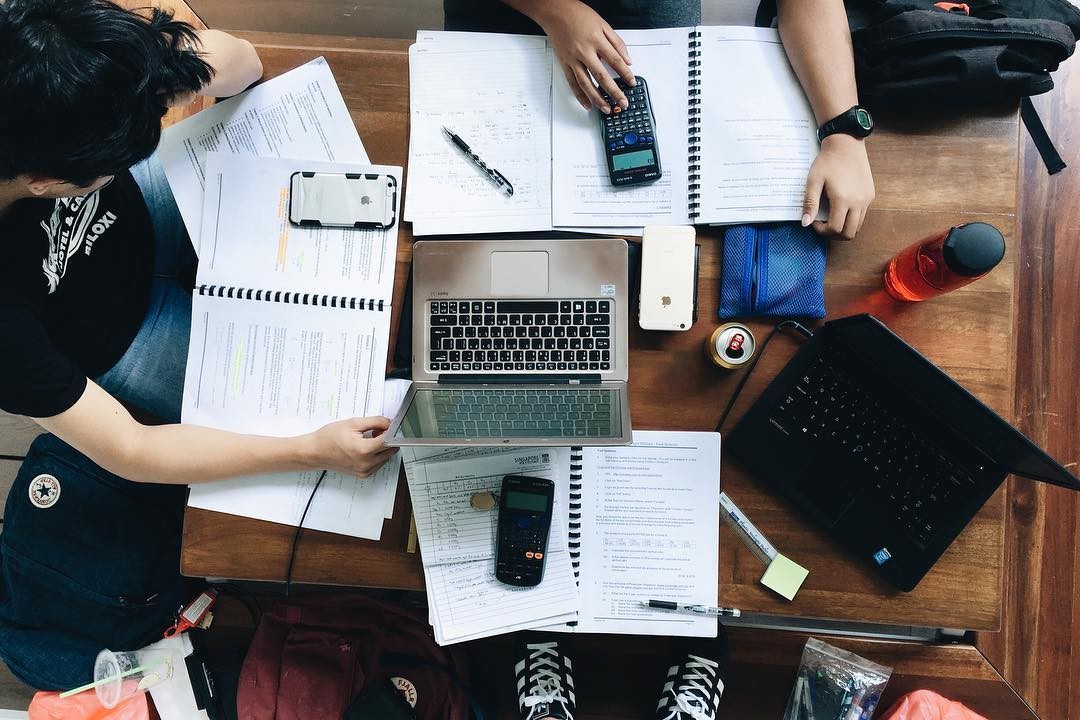 Trudging around the technological haven with my laptop where high speed internet connectivity reigned supreme, you had all the information in the entire world wide web at your fingertips. Left the house with 8% battery in your phone because you forgot to charge it overnight? Not to worry. With a charger cable in hand and power outlets in every room and even public, outdoor areas, you always felt safe and at peace. 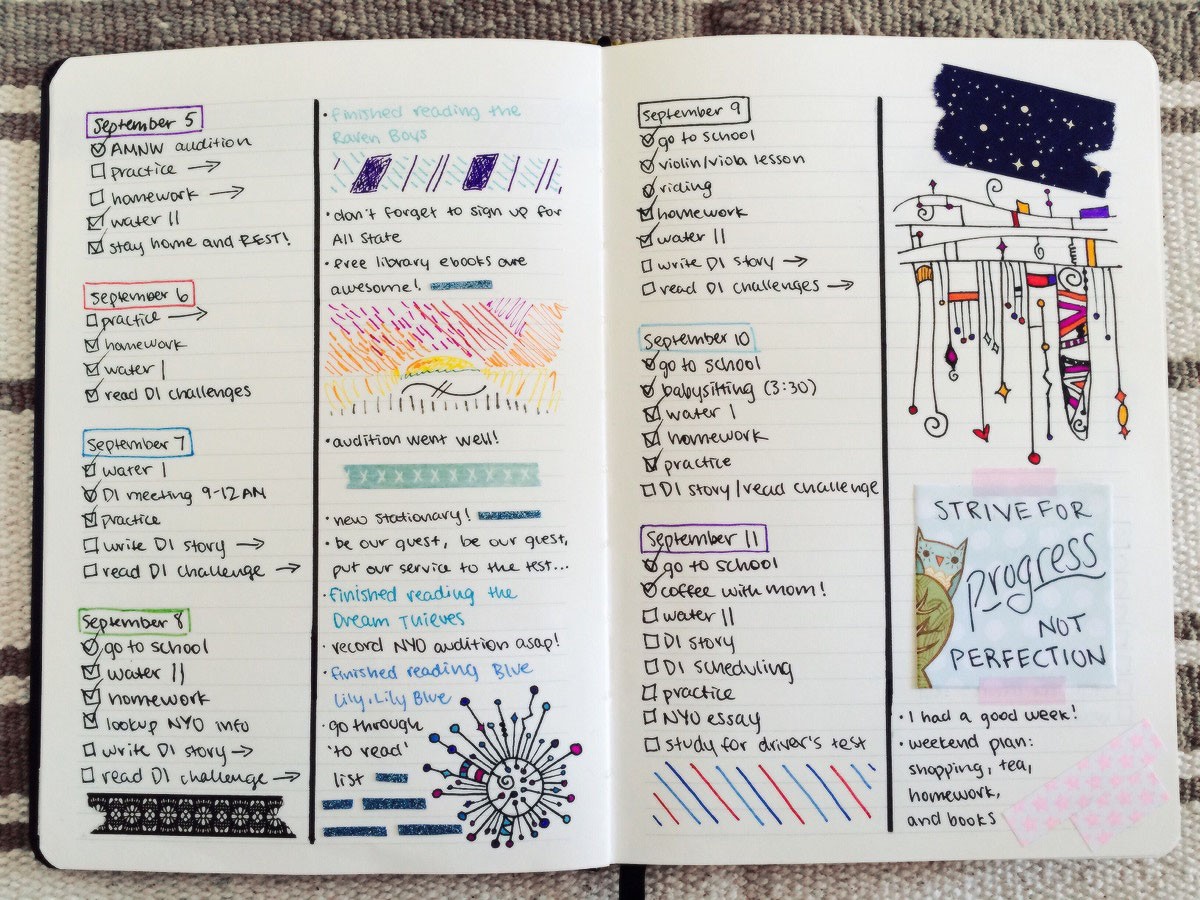 Instead of weekly schedules where you show up at the parade square at the same time each day like a lifeless drone, poly classes made a lot more sense in terms of effective time management. Attendance also became way less strict, meaning you could skip a day or two and not worrying about utter doom just because you didn’t get yourself an MC! 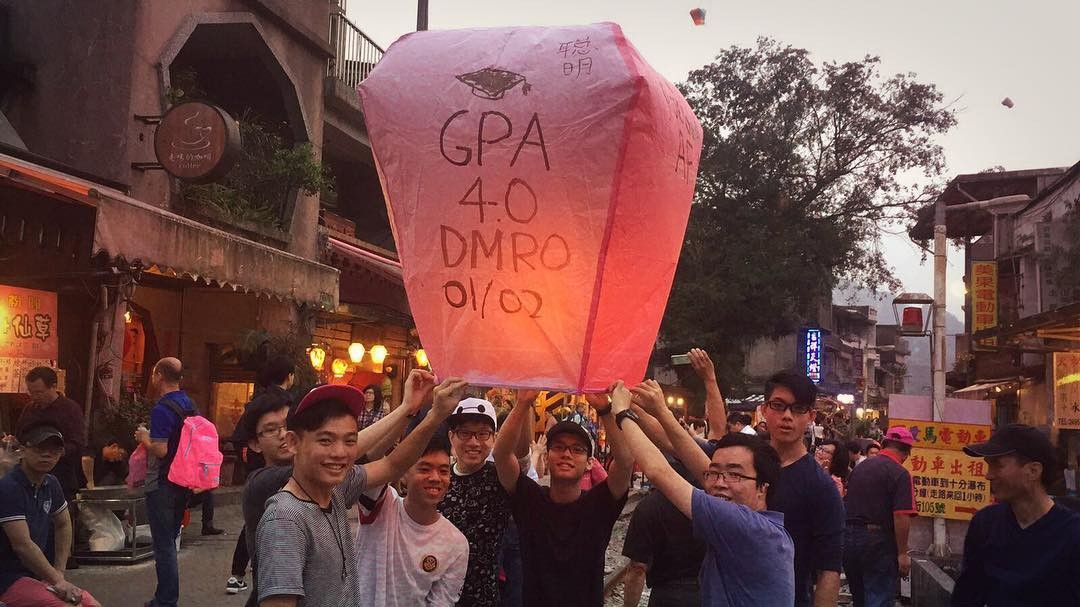 Source  When you’re overseas…but your heart’s still in your studies.

Perhaps one of the most underrated advantages we had as poly students were the differing school term periods as compared to the JC, secondary and primary school kids. This equates to having our own little slot for term breaks and holidays. Read: off-peak vacation benefits. Lower travel prices and significantly smaller crowds? Bliss.

9. Having a complimentary one-way ticket to the art of adulting 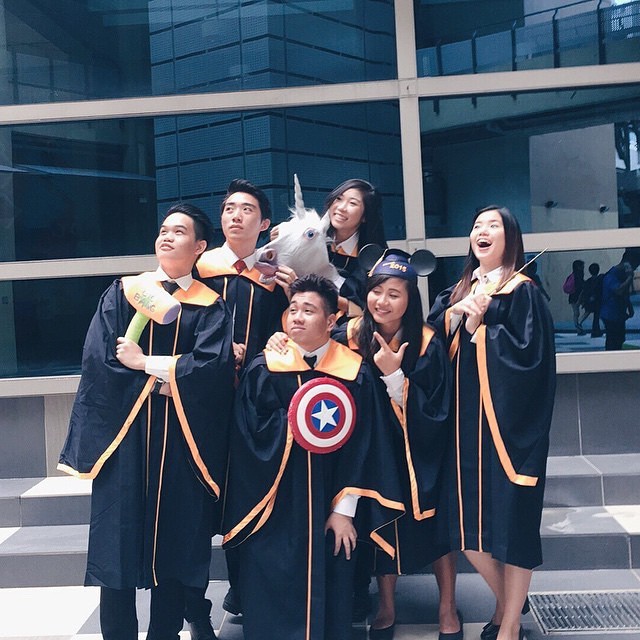 Source  Once you graduate, you WILL need a dose of magic to be able to conquer life like a superhero.

Whether you willingly signed up for it or not, you’d be swiftly thrust into adulthood as soon as you don that graduation robe and fling that cap in the air. The good thing is, the three years of poly life would have had you well prepared.

Aside from the completely different structure, you realised that having to deal with real-life crises and scenarios each day and being surrounded by peers from all walks of life really did the job to make you grow and wisen up. No more babying around, surviving and thriving meant you had to claim independence.

10. Not having the need to go through the ultimate nightmare that is A Levels

Undoubtedly one of the biggest poly perks anybody who’s gone through tertiary education can think of. 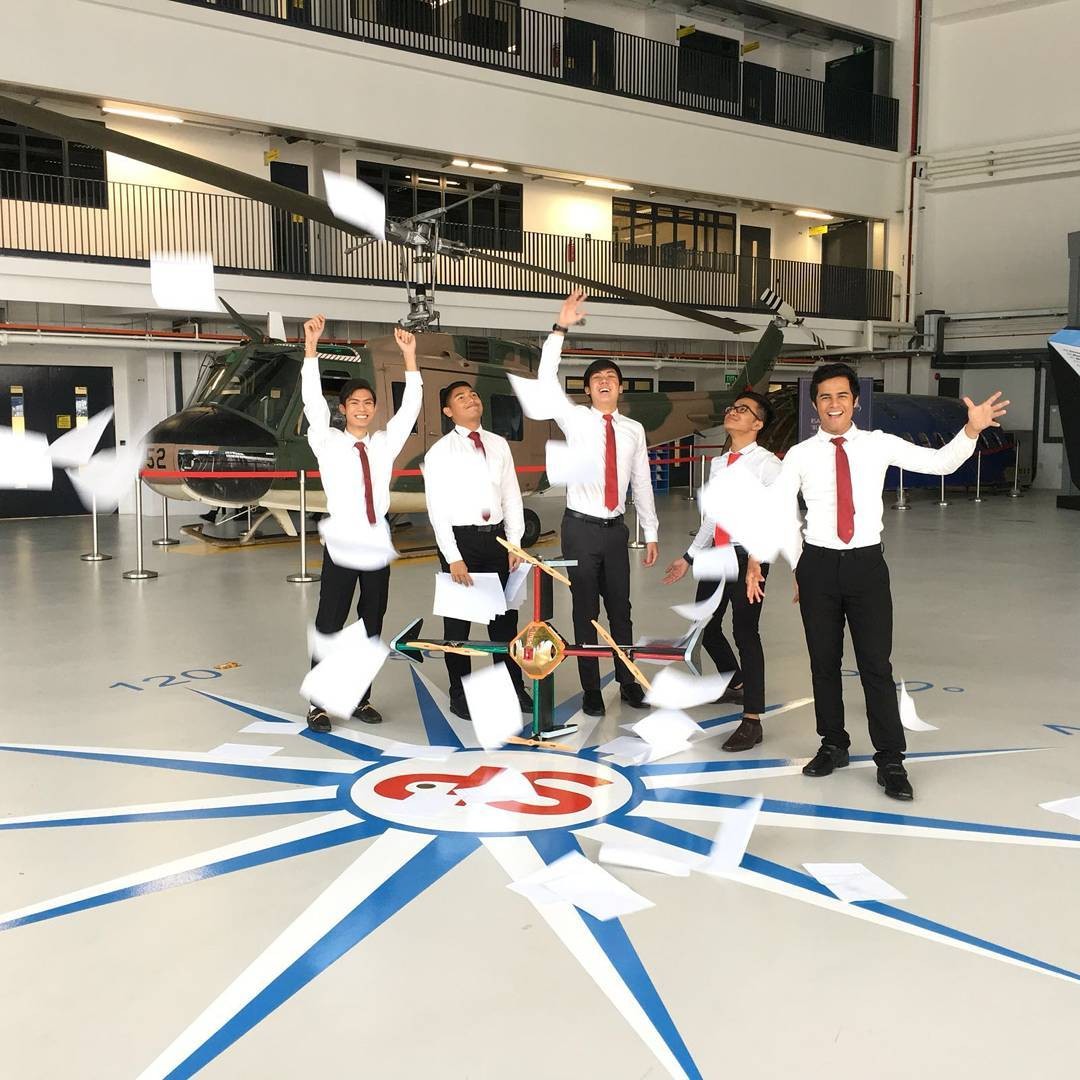 Source  Don’t let a single exam determine your ability to soar to success!

When a good portion of your secondary school pals “checked in” to JC, it was almost like they’d just fallen off the face of the earth. Promises of keeping in touch and continuing to meetup fell through, because they were simply too busy constantly mugging for exams.

It all culminated in the terror-inducing “A” Level examinations, which was no fun for anyone. Mental breakdowns and overwhelming bouts of stress so severe that hair starts falling out of your scalp by the clump? I may be exaggerating a little, but aren’t you glad you didn’t have to be a part of it!

Paving Your Way To Success

From PSLE to O Levels, a full decade of formal education is enough for one lifetime, don’t you think? Not only is mugging an absolute bore, the stress of having your academic abilities determined almost entirely by one or two major exams is downright soul-crushing.

The polytechnic journey provided lifelong learning that got us pumped up and ready to delve into the workforce. But for those who wish to continue coursing down the education route before carving out their careers, there’s something in store for you too. 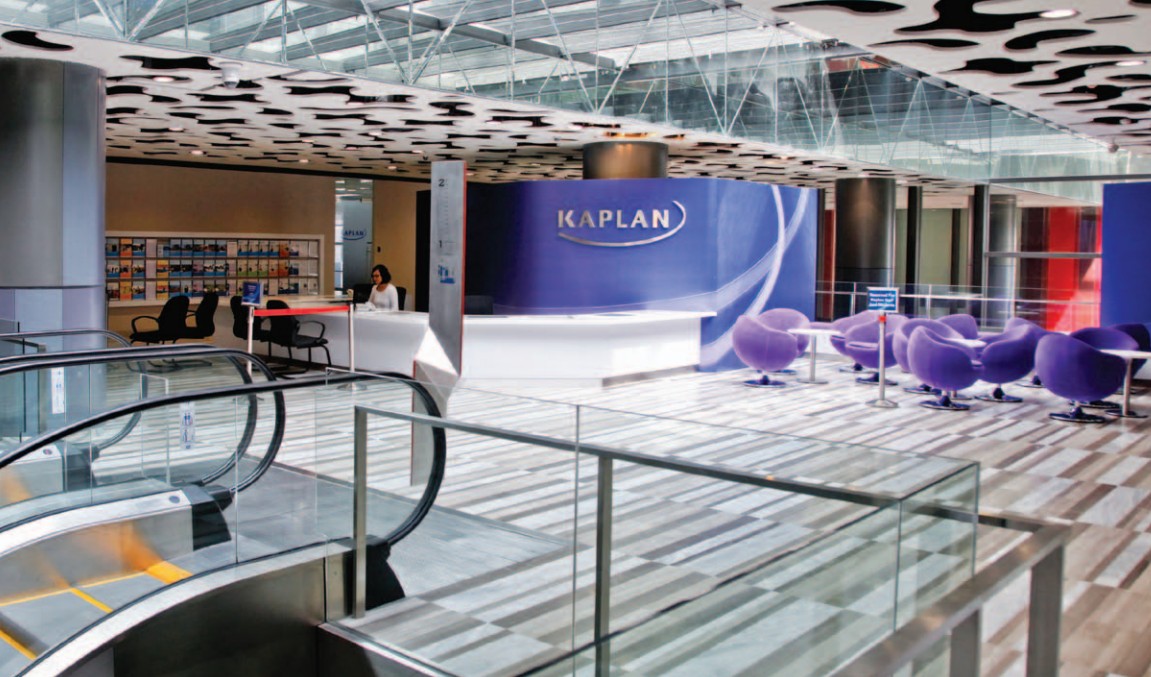 The exact same schooling system you’ve now come to fall in love with is available at Kaplan’s Northumbria University programme. Awarded the Best Business School in the UK by Times Higher Education 2015, they’ve got courses from business studies to mass communication, and much more.

No more drowning in textbooks. You’ll receive hands on training and plenty of guidance from industry professionals. Now that you’ve realised what style of education works best for you, use that to your advantage by heading down the same direction on a higher tertiary level.

Click here to find your passion and start chasing your dream career!