Arguably one of the hippest ministers in office right now, Minister for Education Ong Ye Kung joined TSL’s ‘The Quarantine’ live stream last week to answer questions from our viewers. During the interview with host Fauzi, we got the chance to know Minister Ong more personally, away from the usual politics and policies.

Ranging from football clubs and TikTok to Taylor Swift and his favourite curry puff, here’s a recap of the things about Minister Ong Ye Kung that we learnt.

1. He’s a Man United Fan, but has sympathy for Liverpool fans Q: What is your favourite football club?

A: Since I was 9 years old, it has been Manchester United. But as a Man U fan, I’ve been suffering for 5-6 years already.

Many of my friends are Liverpool fans – they’ve been suffering even longer. And this year I feel really bad for them, they’re 2 games away from winning for the first time in 30 years, I think.

Q: Do you know any TikTok dances?

A: I’m terrible! Don’t ever ask me to do it. My children told me about it and they showed me some. They asked me to do it, and then they told me “Don’t ever do it again”.

3. He’s a fan of Harrison Ford

Q: Are you a fan of anyone?

A: I like Harrison Ford. I think he is really cool.

5. He has a collection of vinyl records A: These are my vinyl records: Freddie Mercury, Rolling Stone and Led Zeppelin. I have ‘Heart’, which is Led Zeppelin’s first album. And Eagles’ ‘Hell Freezes Over’ is my most precious. The guy sold it to me at quite a good price.

6. He likes his prata “kosong”

Q: What is your favourite food?

Q: What is your prata order?

7. He has his own favourite curry puff 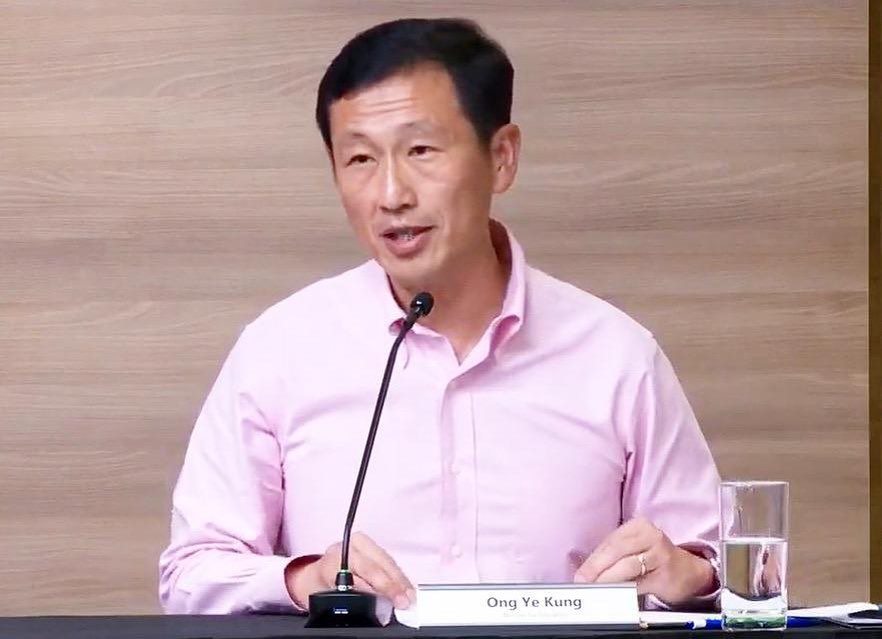 Q: What is your favourite curry puff?

A: Not the one that I ate that day before my media conference. That day, it was around dinner time, and I was hungry so I ate one. My favourite is from my constituency. The store is called Kalsom Nasi Padang and they used to be at Marsiling. This makcik would produce 3-4 batches every day. So if you’re free, come to block 105 Canberra Street after the Circuit Breaker.

Q: Do the ministers have a chat group where they just chit-chat?

A: We have chat groups. I’m not sure if we chit-chat. Once in a while, we do share jokes. Some ministers share more jokes than others. Some never share jokes. But we do have different chat groups among us.

9. He used to be a civil servant in the Ministry of Transport

Q: What were you doing before you entered politics?

A: I did quite a few things. I was a civil servant in the Ministry of Transport. I was in charge of the ERP and the COE system, which were very unpopular at that time.

10. He thinks his Dad is Darth Vader, and Black Widow his mother Q: If you could pick 2 actors to play your parents, who would they be?

A: Maybe Darth Vader as my father and maybe Black Widow as my mother. But it’d be a ridiculous movie.

Q: Since you are at home, do you have a workout regimen that you keep to?

A: I try to exercise up to 45 minutes to 1 hour and I do it every morning. During the Circuit Breaker, this is one of the things we should try to do. There are tons of videos you can follow.

Singapore allows everyone to go out and exercise. And if you are very fit and you want to run from Jurong to Changi, you can. No policeman will stop you, so make use of that, go exercise.

Q: Why are you so handsome?

A: Why am I so handsome? Because I look like a Korean guy.

13. He exchanges books with his daughter 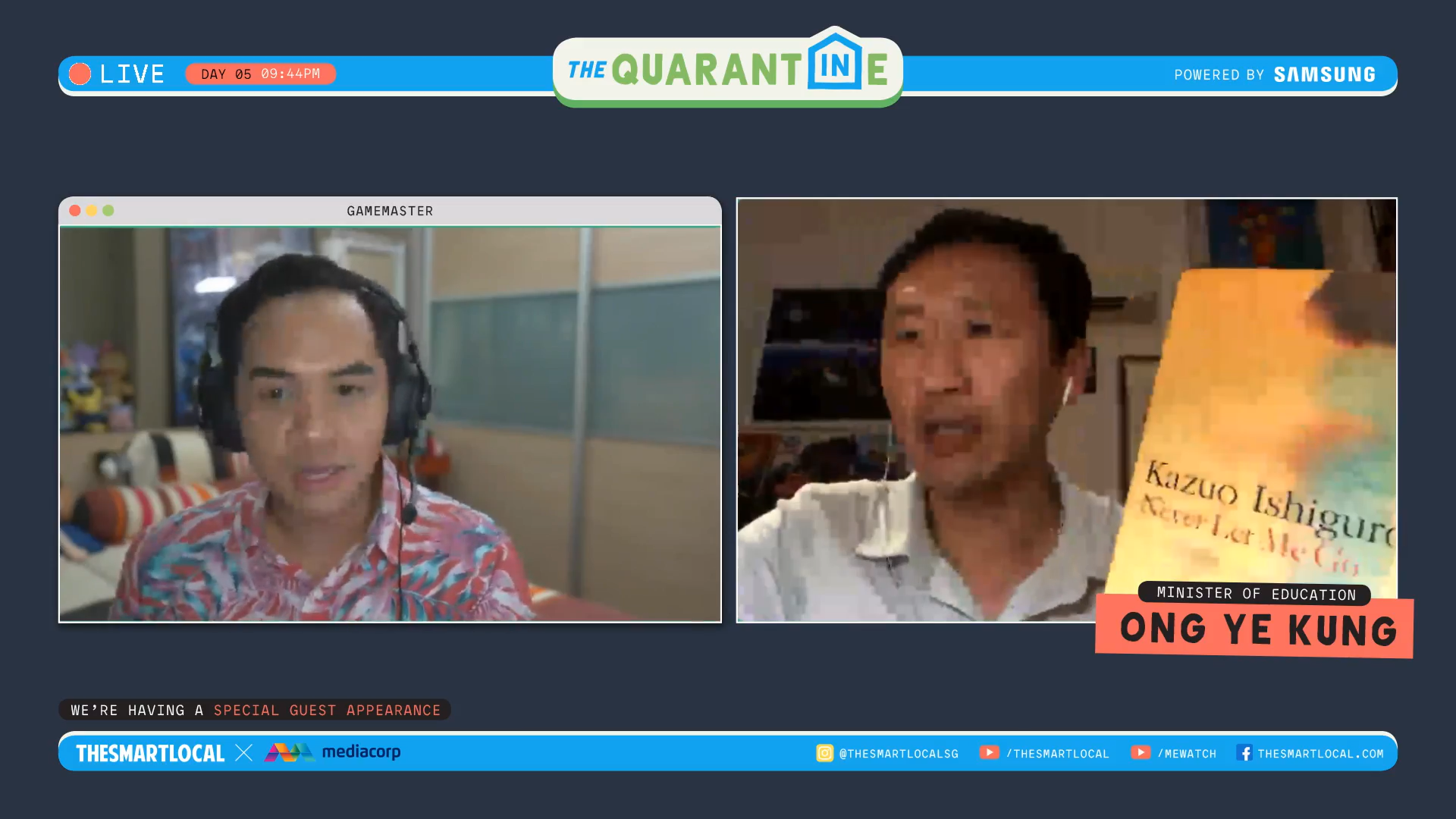 A: I made a deal with my daughter: she would make me read one book that she liked and I would make her read a book that I liked.

14. He used to be a loner when younger

Q: What would you tell your younger self?

A: Don’t be such a loner. I was such a loner and didn’t talk to many people. I was very shy in front of girls and also my friends.

I notice these days, our young kids are a lot more comfortable talking to friends of different genders. During my time as a kid, boys and the girls were totally separated, which was quite unnecessary.

15. The person he’d like to have dinner with the most is his wife

Q: If you could have dinner with anyone, in all of history, who would it be?

A: I think I’d still have dinner with my wife. Because if it were anybody else, I don’t know them so it’s going to be quite awkward. You know, what am I going to talk to them about? With my wife, we don’t have to talk and we are totally comfortable with each other.

What we learnt about Minister Ong Ye Kung

The interview showed that Minister Ong Ye Kung is a great family man, in tune with pop culture and overall, a cool dude. In his closing remarks, he encouraged all of us to stay strong, take care of one another and is thankful for all those who have stepped up to make our lives better during this period. We need to stay optimistic and – just like Taylor Swift’s song – life will ‘Begin Again’.

For more ‘Circuit Breaker’ related content, check out these articles: 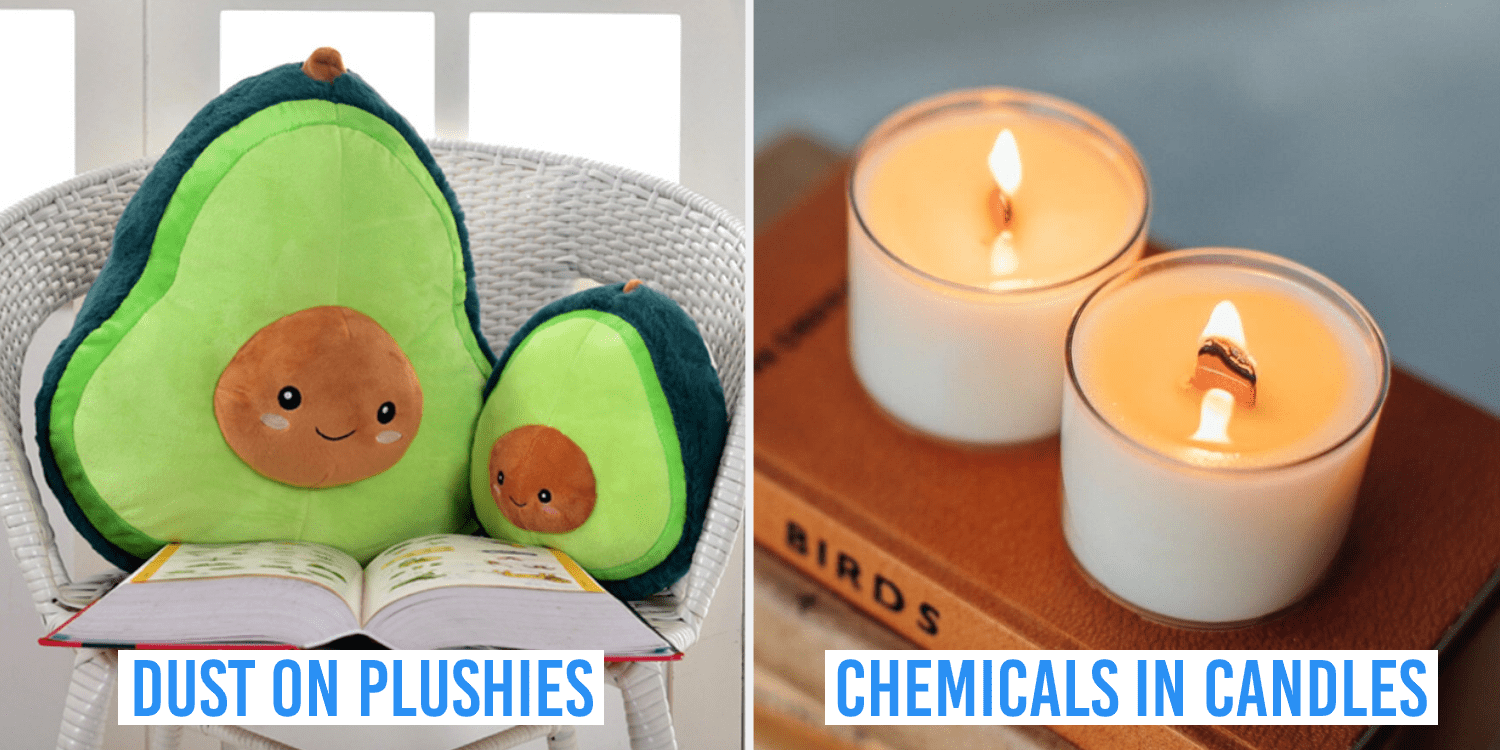 5 Common Allergens Hiding In Your Home And How To Get Rid Of Them ASAP
9 Things That Are Now Hard To Get Due To The Circuit Breaker And Where...