If you’re always the one tidying the messy stack of poker cards every gambling sesh, colour-coding your wardrobe, and can’t resist arranging your books so that the spine is always facing out,  you’re probably the Monica of your friend group.  My fellow Singaporeans, here are 11 everyday things that have probably gotten you screaming internally at some point or another.

(P.S. A visit to these symmetrical places in Singapore is your idea of happiness.)

1. The one guy standing on the right-hand side of the MRT escalator 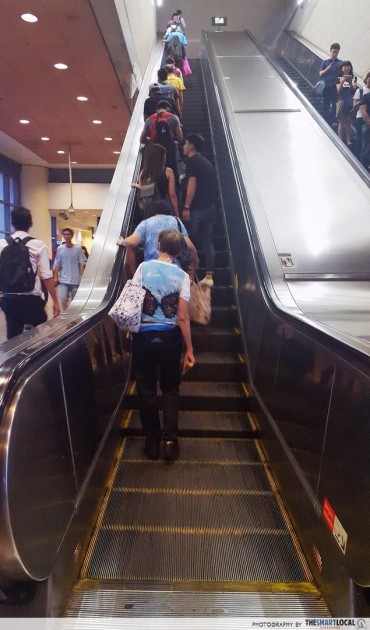 It might be just one person standing out of line, but that bit of disorganisation is enough to spoil the entire aesthetic of the escalator.

And if saying “SIAM” in the most paggro way possible doesn’t get the offender moving back into place, you wish people on the escalator were Lego blocks – so you can reach out and position him back into his spot on the left.

2. When you rip off too much of the parking coupon tab 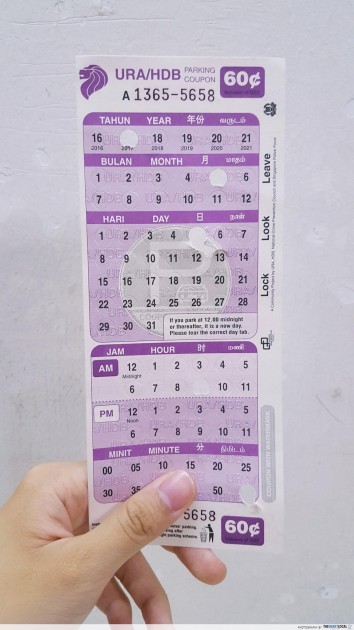 You’ve executed a perfect parking: car snugly between the two Ts on the ground, 90° to the kerb. But you know things aren’t going your way when you punch out the parking coupon tab – and the bottom bit ends up tearing in your Herculean effort. So much for your perfect parking – your messy, imperfect parking coupon’s enough to send you into a frenzy.

3. Accidentally using your chopsticks on the wrong side 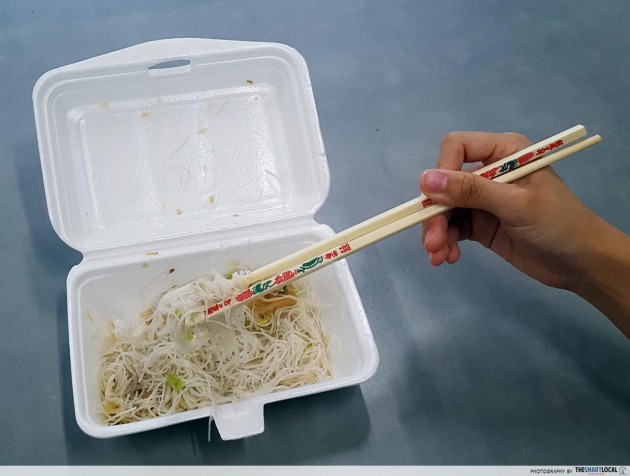 You’re all ready to send that mouthful of bar chor mee, already neatly kiap-ped on your chopsticks, into your mouth. But as it makes its way down to the bottomless pit of your tummy, you realise you’ve been holding one of your chopsticks on the fat side.

Well, it’s too late now – guess you’ll just have to finish your meal with chopsticks that’ll NEVER line up, nor fit snugly in your hand then.

But it can’t get worse than tearing apart your wooden chopsticks and having one break unevenly. That means an awkward long-short, asymmetrical chopstick pairing you’ll have to tahan for the rest of your meal. 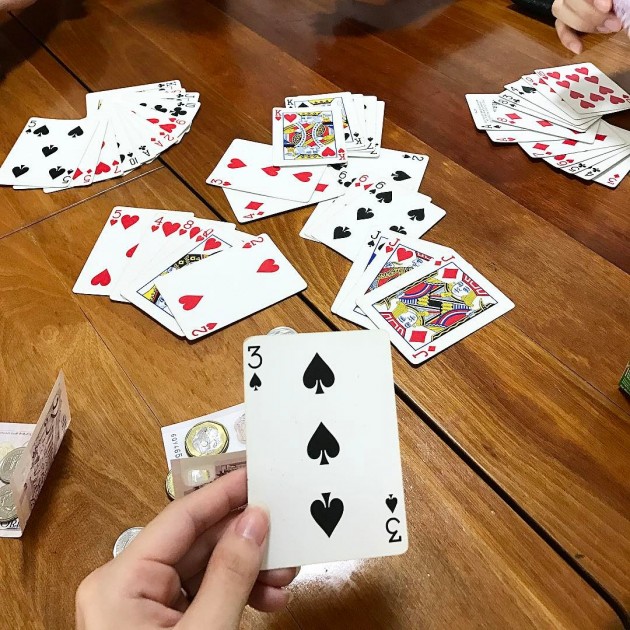 It’s always fun playing poker/mahjong with your kakis, except when the messiness of the cards or tiles annoy you. And you’re always that person in the group who tidies everything up because you just can’t stand the sight of haphazard piles and lines of tiles that aren’t straight.

5. That awkward gap when the MRT cabin door doesn’t align with the station door

It’s a pain to have things literally not line up. That’s why it’s a mildly horrifying experience to watch the MRT overshoot the landing spot such that the train cabin and station door don’t align – ‘cause it means coming face-to-face with an awkwardly jutting out piece of metal once the train doors slide open.

6. When you can’t rip pages from the traditional Chinese calendar cleanly 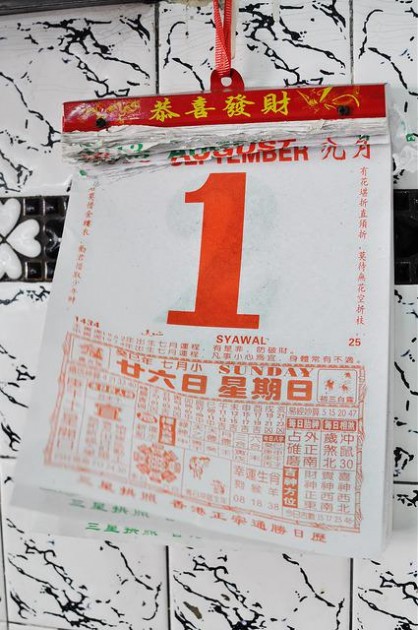 It happens to the best of us: no matter how neatly you try to tear off each page, making a 100% clean rip off your 365 day calendar is impossible. And by June, the top part of your calendar ends up as an annoying stack of paper bits, way too thick and ley cheh to remove without risking the entire calendar falling apart. 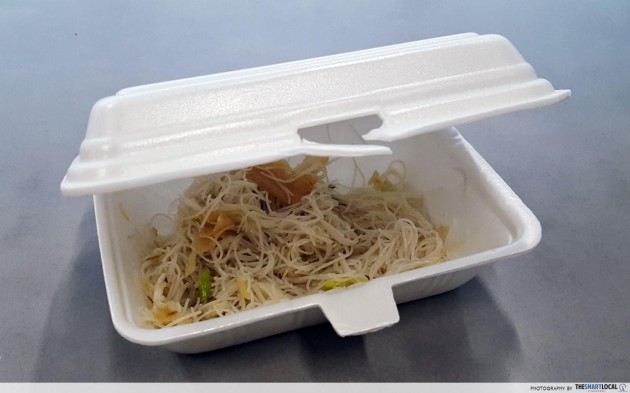 Because this means you’ll need to carry your dabao-ed food around in a styrofoam box that’s neither fully open, nor fully closed. 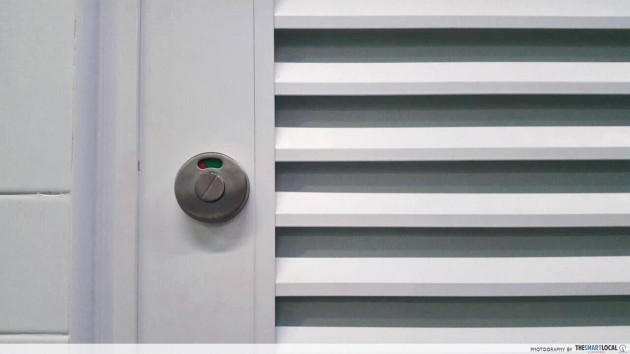 Instead of turning completely red, the lock stays in a state of half-green-half-red. But what’ll make you freak out even more: a lock with asymmetrical green and red parts.

9. When the cashier stamps your loyalty card outside the box 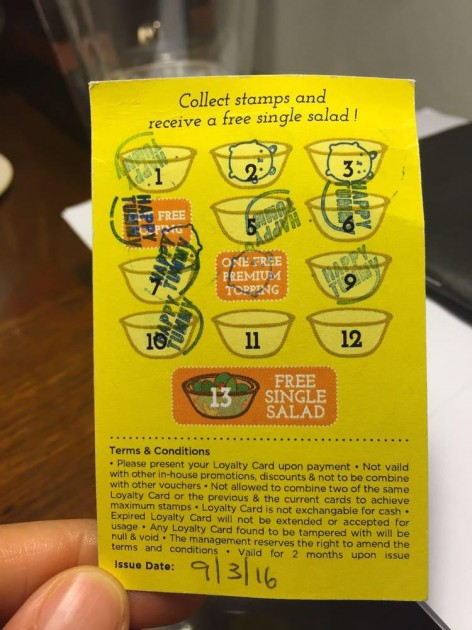 Cashiers aren’t mind-readers – you can’t expect them to understand your need for everything to be neat and orderly. Still, watching them stamp the chop on your loyalty card a few mm away from the indicated box always gets you borderline annoyed.

10. Prices on NTUC shelves placed below the wrong product 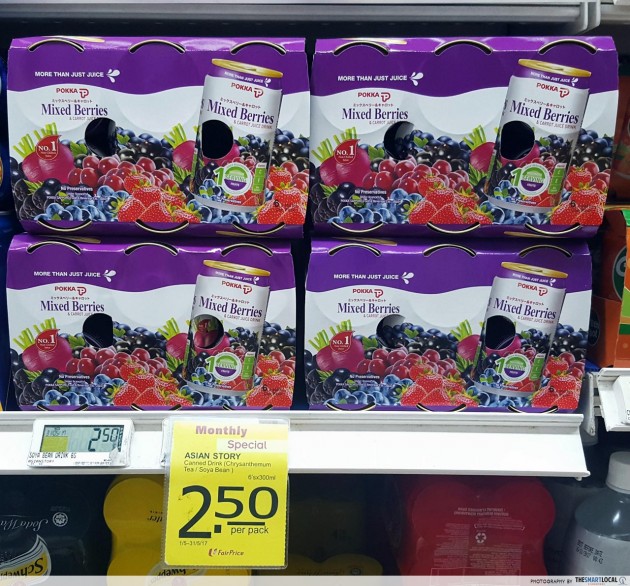 Seeing signs like “CHRYSANTHEMUM TEA / SOYA BEAN $2.50” placed under a mixed berry drink in NTUC are a surefire way to send you into a small-scale panic attack. That misplaced sign will then see you on a quest to return the cans of drink back to where they belong.

You might be mentally ranting about the lack of order and arranging things precisely as you do it, but treat it as a favour you’re doing your fellow grocery shoppers and all’s good!

11. Stall owners giving you chopsticks and spoons in different colours 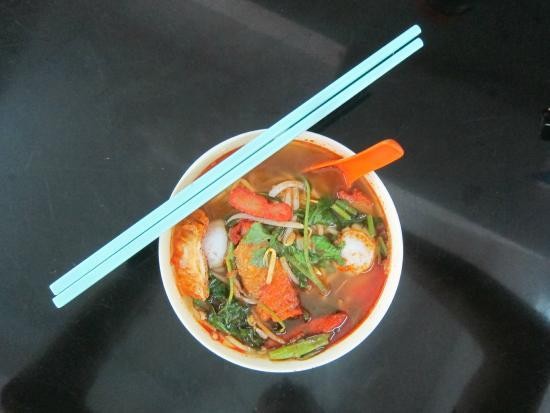 Blue chopsticks and orange spoon – no, just no. Source

Everything you own must match up – especially when it comes to colour schemes. So you’re no stranger to awkwardly hovering by hawker stall counters, digging in the cutlery basket for a pair of chopsticks and spoon of the same colour.

And even using utensils of slightly different shades won’t cut it – it’s either the exact same shade, or nothing.

If this list got you nodding your head repeatedly in agreement, it probably means you’re someone who like your everyday things to be super orderly. Even if you’re not, you probably have that one friend who displays some of these tendencies which are more common than we might think. If you know someone who can identify with this list of everyday things, tag them in the comments below! 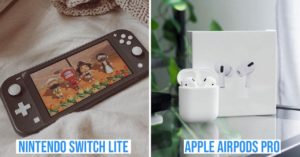 Ezbuy’s Latest Sale Has Up To 90% Off Popular Items And Free Shipping
K-Food Online Festival Is Giving Away Meals To Healthcare Workers & $5,000 Worth Of Vouchers... 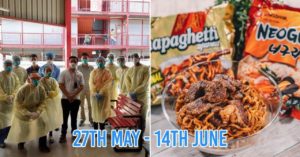