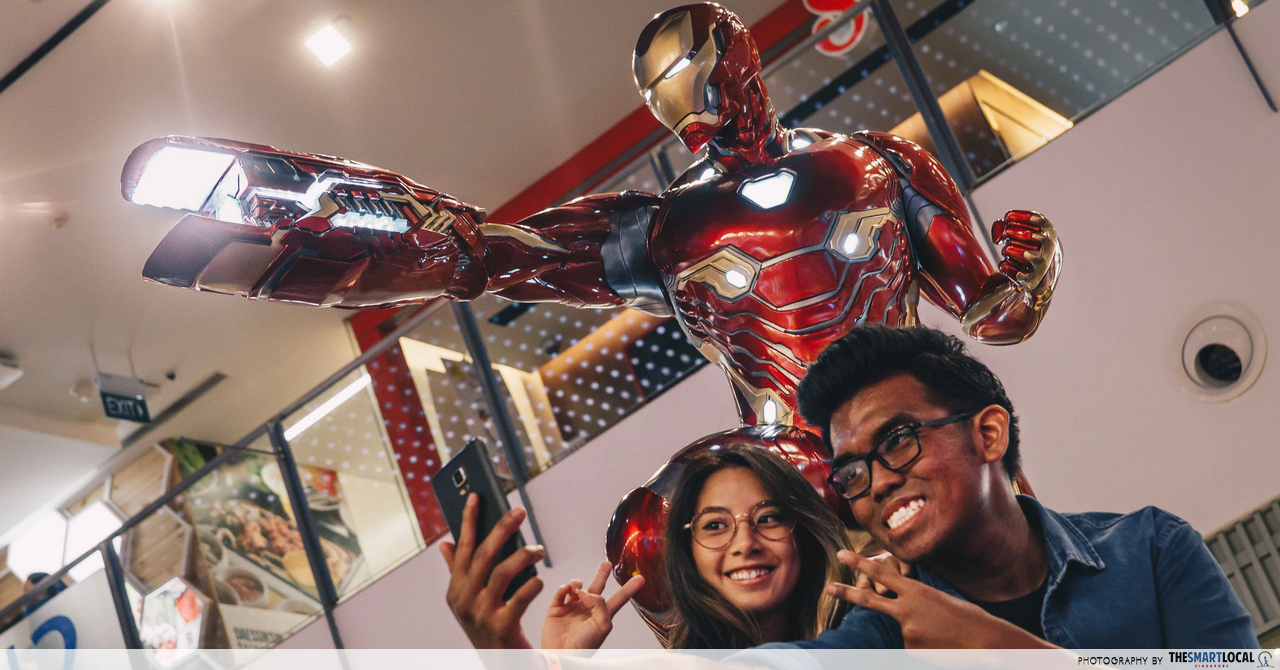 In less than a week, Marvel Cinematic Universe (MCU) fans can rejoice as the 10-year long wait to catch Black Panther, Iron Man, and Star-Lord sharing the screen will finally be realised when Avengers: Infinity War hits theatres.

If that’s too long a wait, count your lucky stars and stripes cause NEX will be assembling all the Avengers from now till 1st May 2018. Let your inner Marvel fanboy hulk out as you take part in a bevy of Captain America-approved activities from playing VR games to assembling your very own superhero gun! Here’s what you can expect. 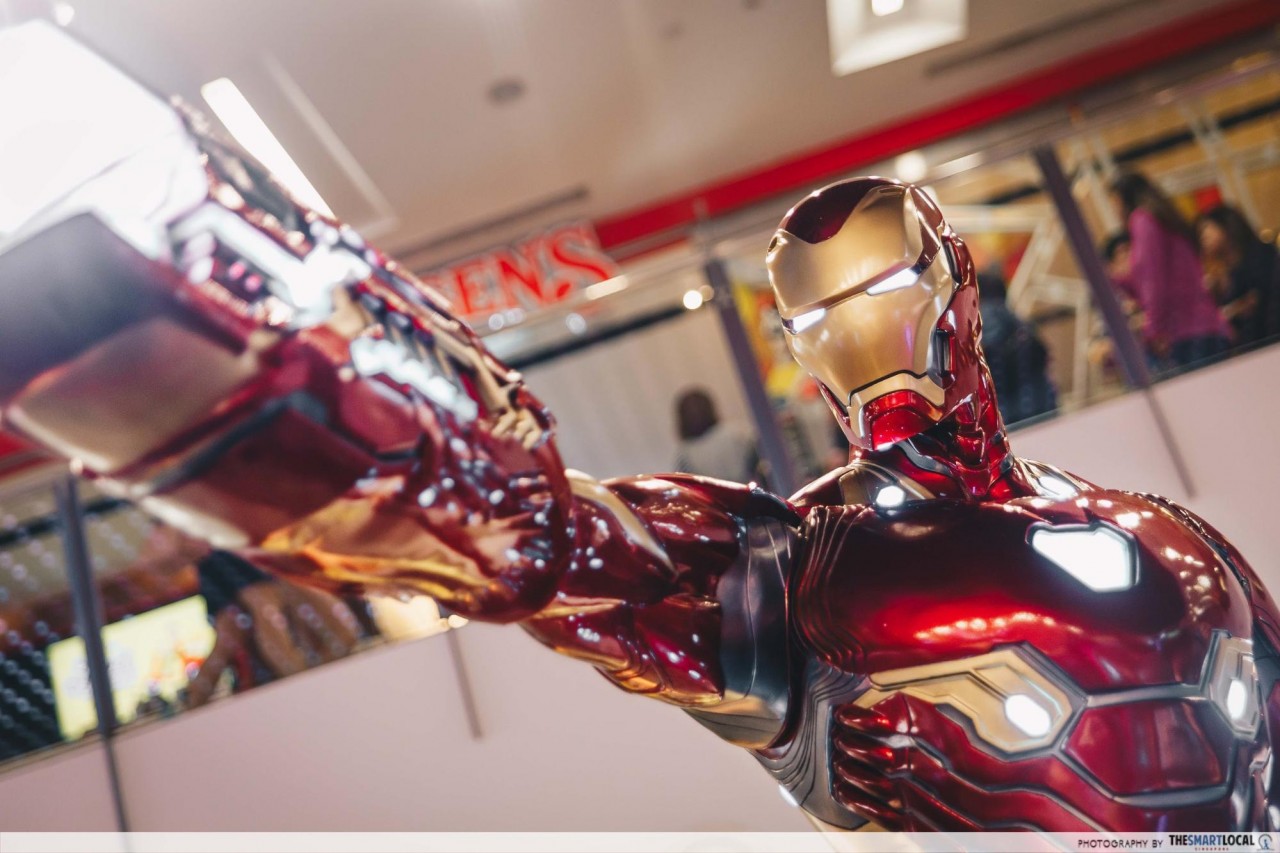 Head to NEX Atrium and you’ll probably think that you just broke into the set of Avengers 4 as life-sized figures of heroes like Iron Man, Doctor Strange, and Black Panther will be splayed all over the area. Trick your friends into thinking that you’ve attended Infinity War’s Hollywood premiere by snapping pics with these lifelike sculptures. 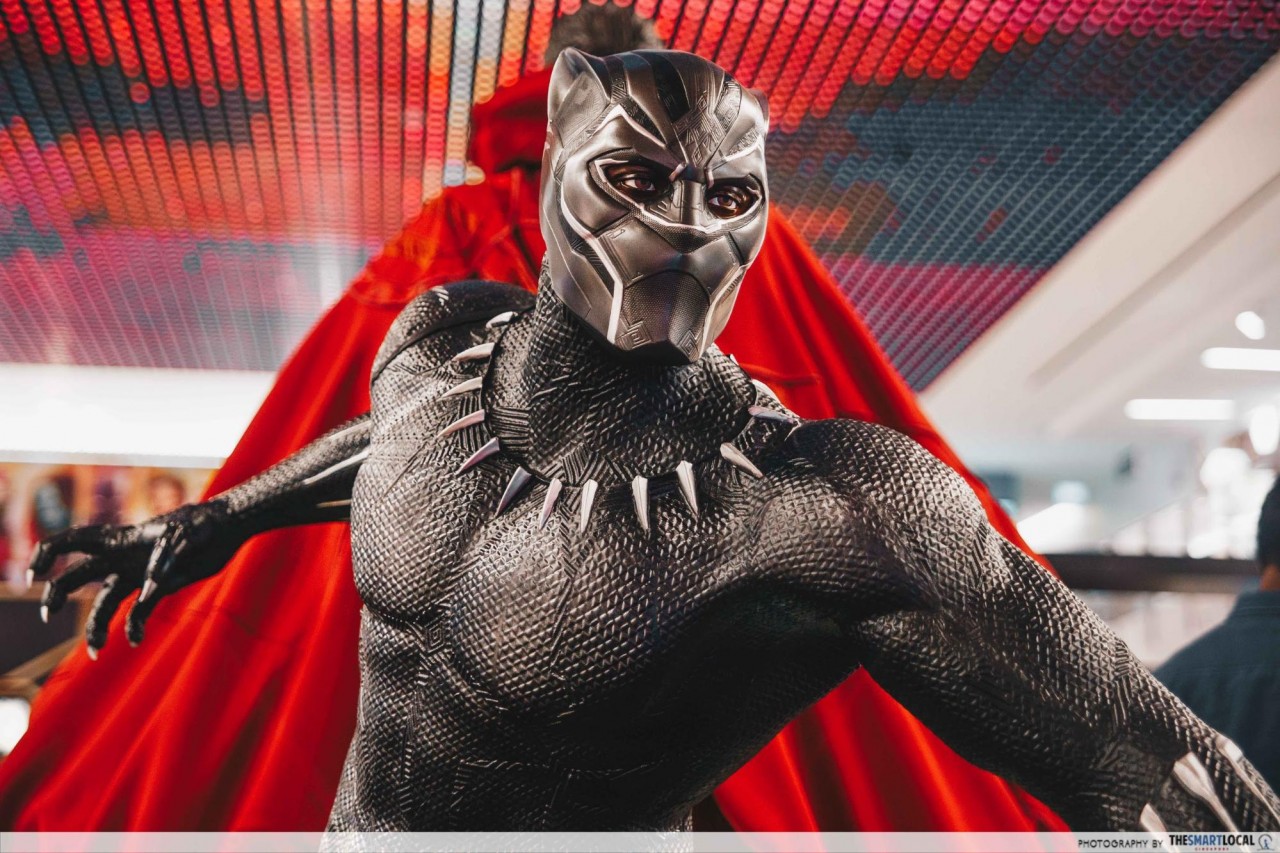 Be careful to not damage them though – these beauties cost more than $39,000!

2. Play games like a VR Iron Man simulation and a NERF shootout for free

Tony who? Step into the shoes suit of the “genius, billionaire, playboy, philanthropist” himself in this VR game where you blast enemies as Iron Man. 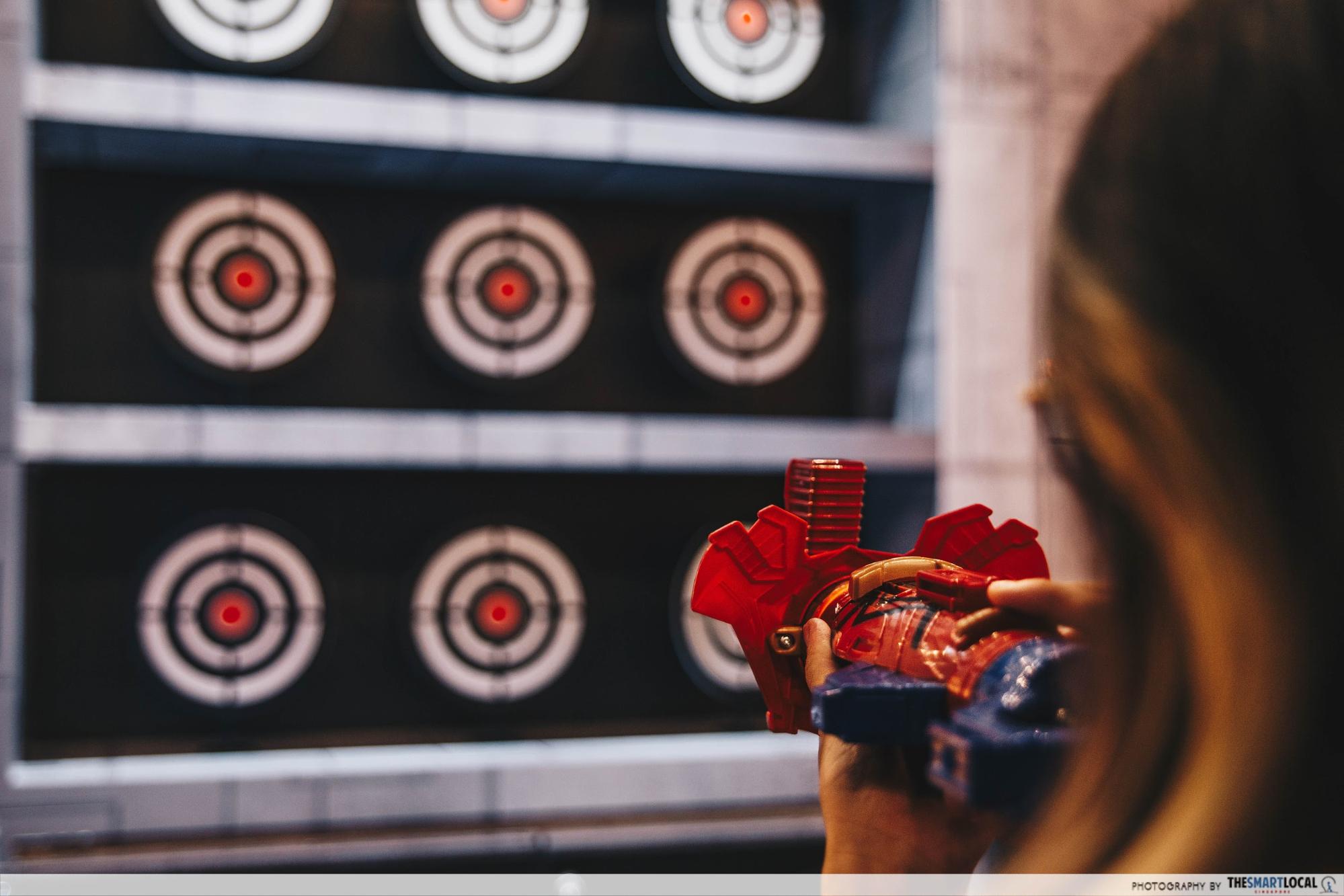 If you’re gunning to be the next Black Widow or Hawkeye, then there’s no better way to test your marksmanship skills than at the games station which is equipped with NERF guns. 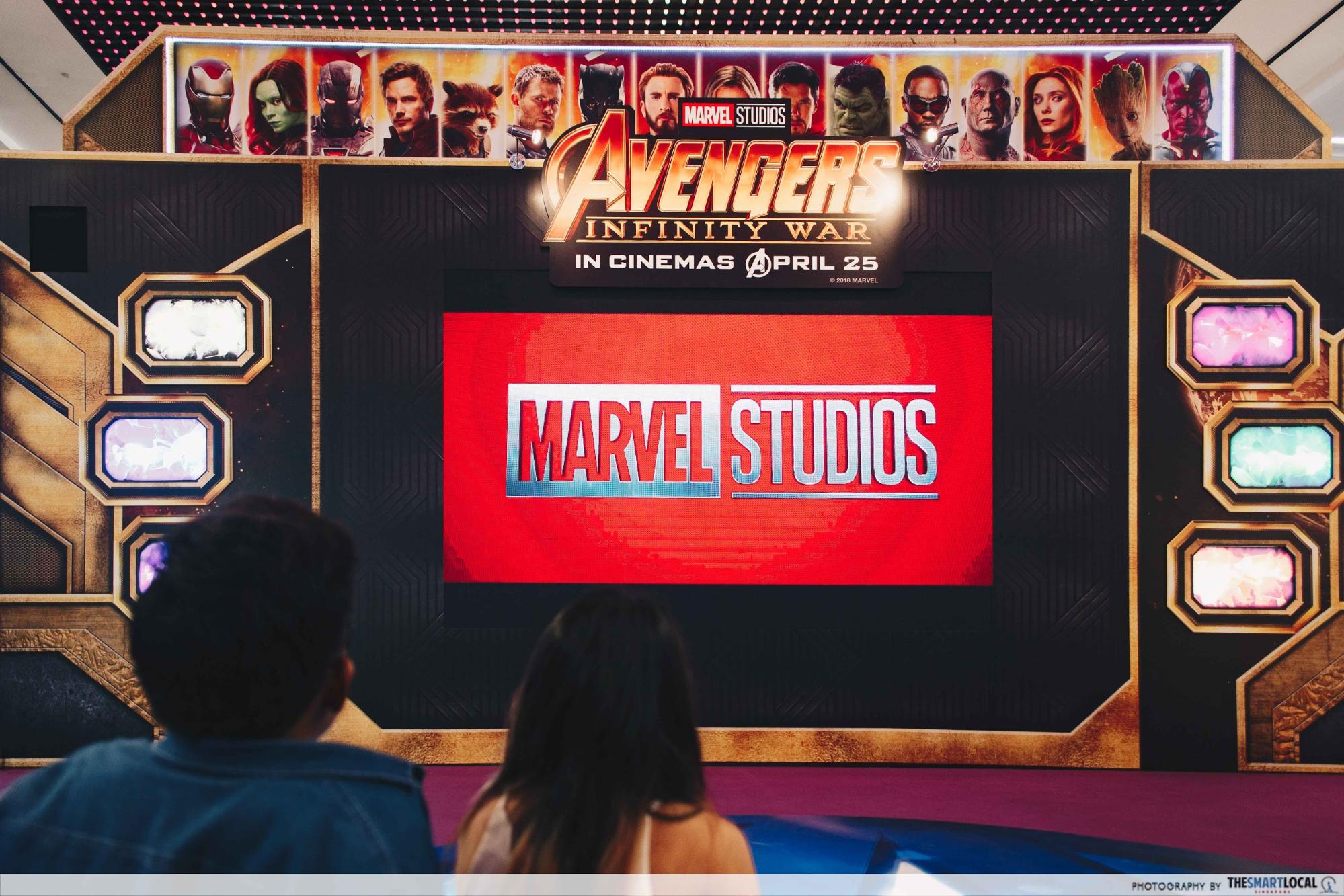 Imagine the horror of jio-ing someone out to catch Infinity War, only to find out that -gasp- they haven’t watched a single MCU movie! Show them the right way by bringing them to catch free screenings of past MCU movies at the Atrium, happening till 29th April 2018. Hopefully, you’ll add another member to #TeamMarvel.

*All films will be shown at 7PM.

4. Redeem exclusive Avengers collectibles and stand a chance to win a trip to New York 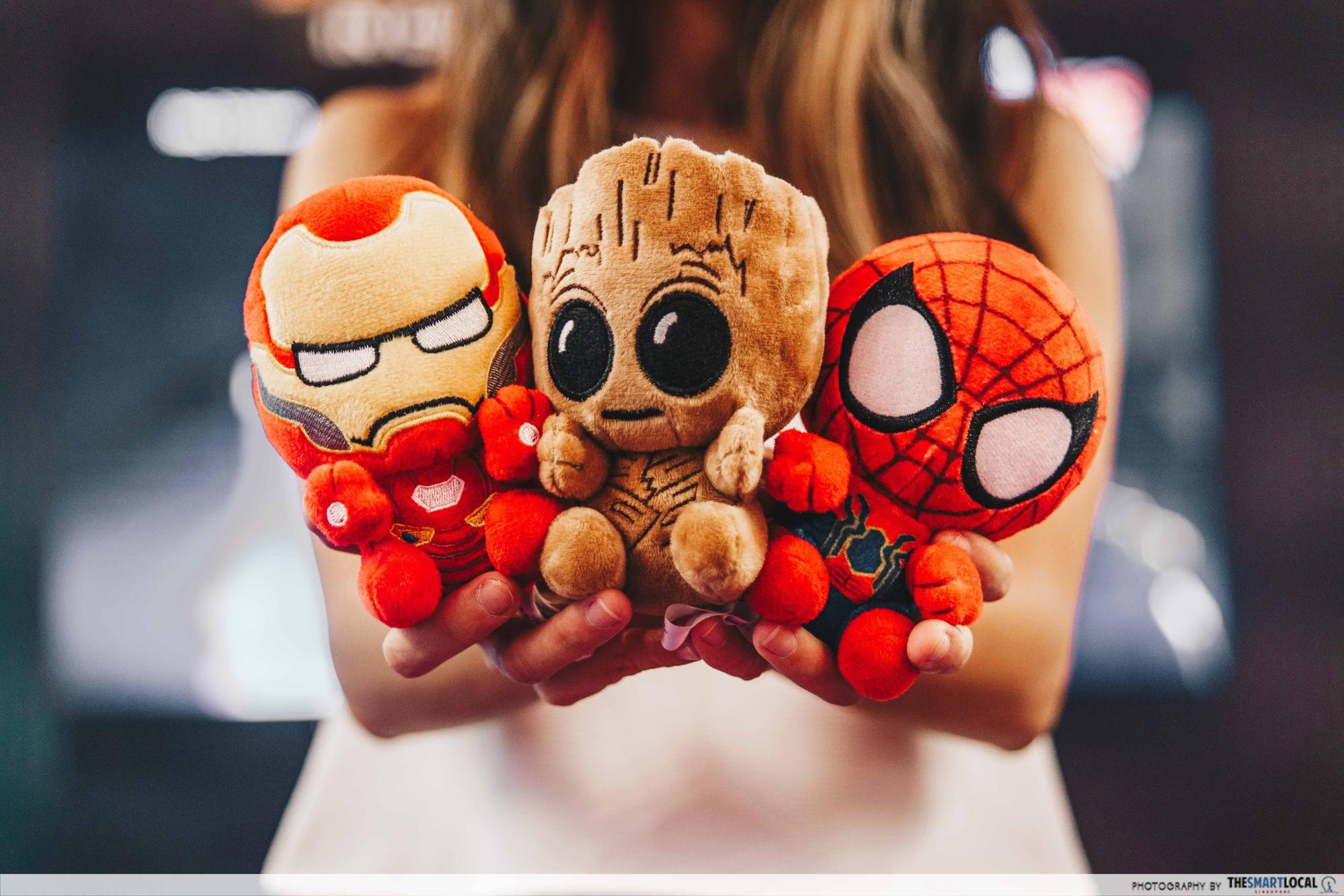 Plushies are to Singaporeans what Infinity Stones are to Thanos – we can’t resist them. Luckily, you won’t have to travel across worlds just to snag them. Simply spend a minimum* of $200 or $350, if it includes Cold Storage or FairPrice Xtra receipts, to redeem exclusive premiums like:

For a greater reason to splash the cash, with every $50 spent, you’ll get a chance to be the winner of a 7D6N holiday for 4 to New York – home of Marvel superheroes like Iron Man, Daredevil, and Spider-Man.

Also, 5 other lucky winners will each win $2,000 worth of nexVouchers to be used at the mall.

*Maximum of 3 combined same-day receipts.
**Maximum of 20 chances per shopper per day. 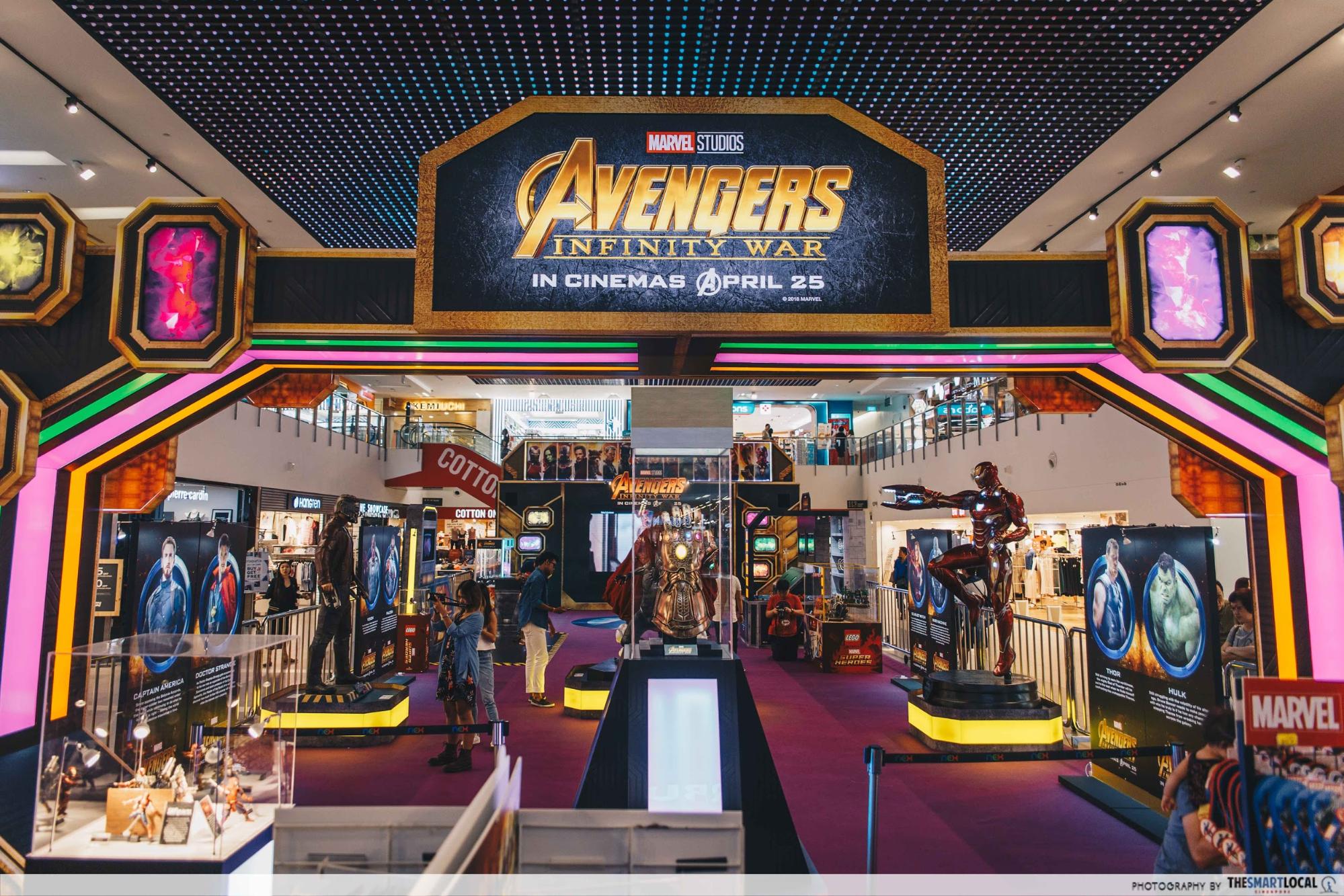 There was an idea to bring together a group of remarkable people, and they’ve been brought to NEX. Whether you’re a hardcore Marvel fan or a parent planning the next family outing, mark the date for NEX’s Avengers event which will be running till 1st May 2018.

Since there are enough activities here to last an entire day, be sure to set aside some time to shop at the over-340 stores to increase your chances of winning an 7D6N holiday for 4 to New York – ground zero for Marvel superheroes.

Why Invisalign Treatment Fixes Teeth Better And Steps To Choosing An Orthodontist In Singapore
7 Free Language Apps To Use OTW To Work If You Have No Time To...