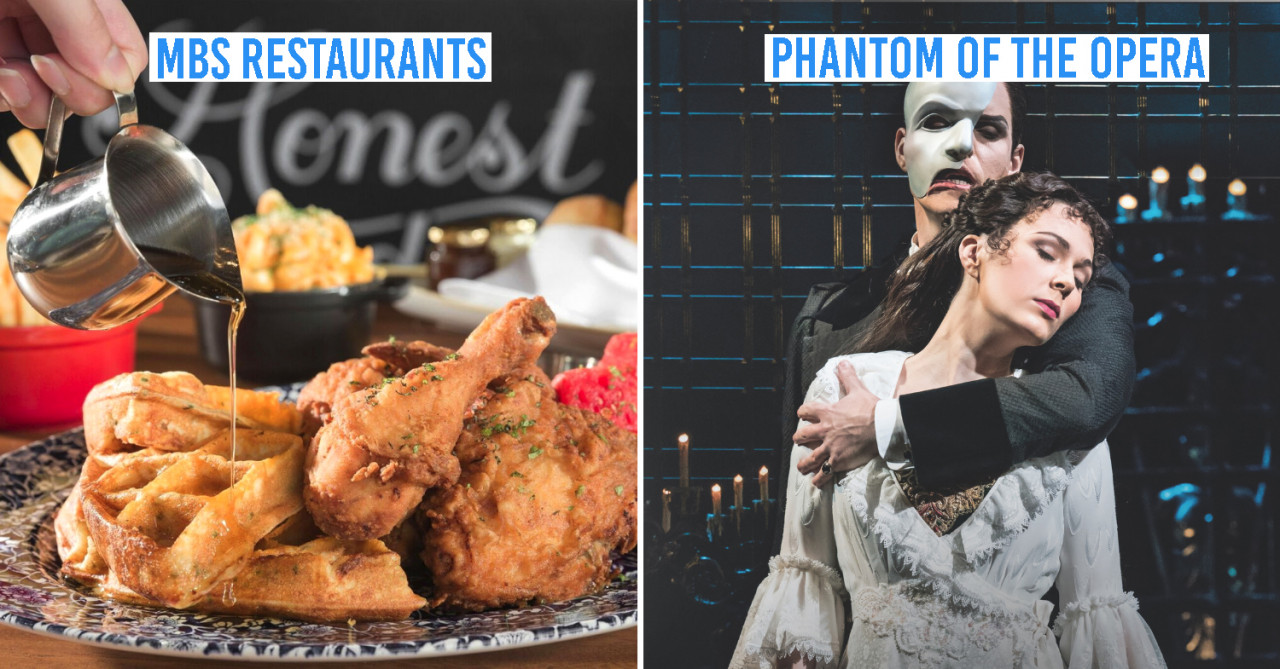 Call us old-fashioned, but there’s nothing more romantic than the classic formula of a theatre show and fancy dinner. And that’s exactly what Marina Bay Sands is offering up with their Show & Dine packages: a memorable date night that’s the upgraded version of our movie + late-night supper.

Booking their Show & Dine package makes it a whole lot more affordable – packages start from $100 and you can save up to 20%! 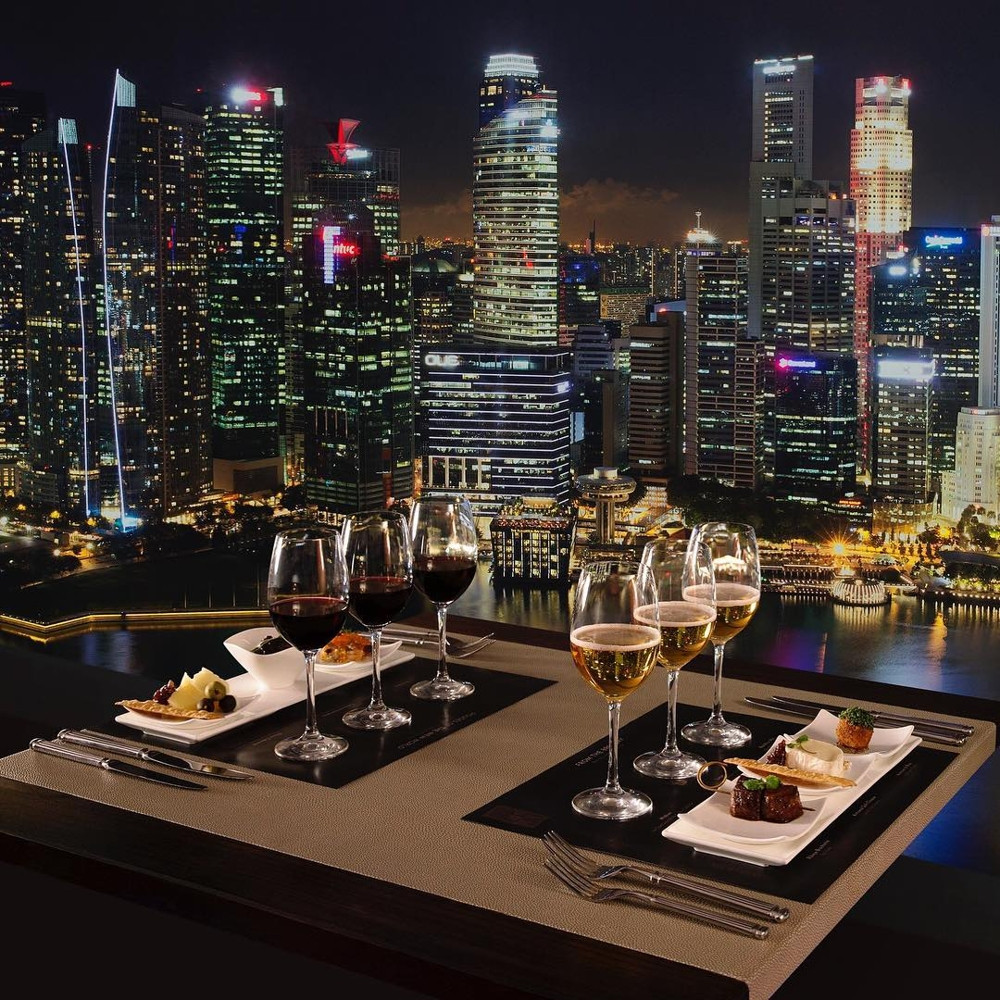 Everyone knows that Marina Bay Sands is filled with quality restaurants, with the likes of CUT by Wolfgang Puck and ADRIFT by David Myers. So, of course, we all expected to swoon at the staggering prices – a fair enough assumption when the menu comes with gourmet dishes like sirloin steak and wagyu beef burger.

But that’s not the case. When you book a Marina Bay Sands’ Show & Dine packages, look forward to a reasonable price starting from $100/person for both dinner and show! 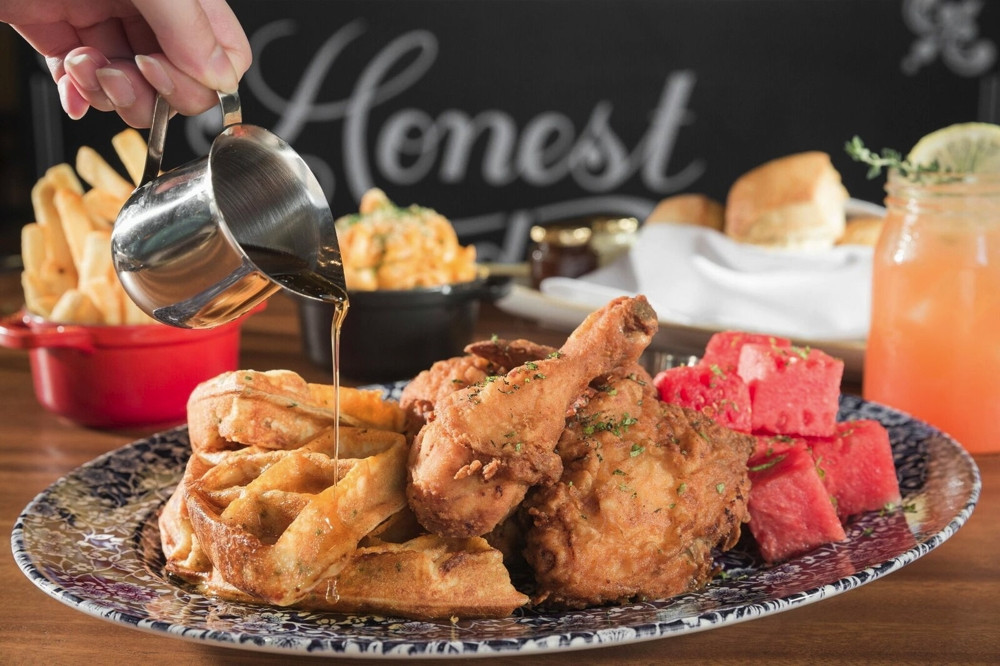 Each restaurant has their own specially curated menu, whether it’s for pre or post-show. Take The Bar at Waku Ghin: you’ve got a choice between delectable mains like grilled wagyu beef or lobster spaghetti. 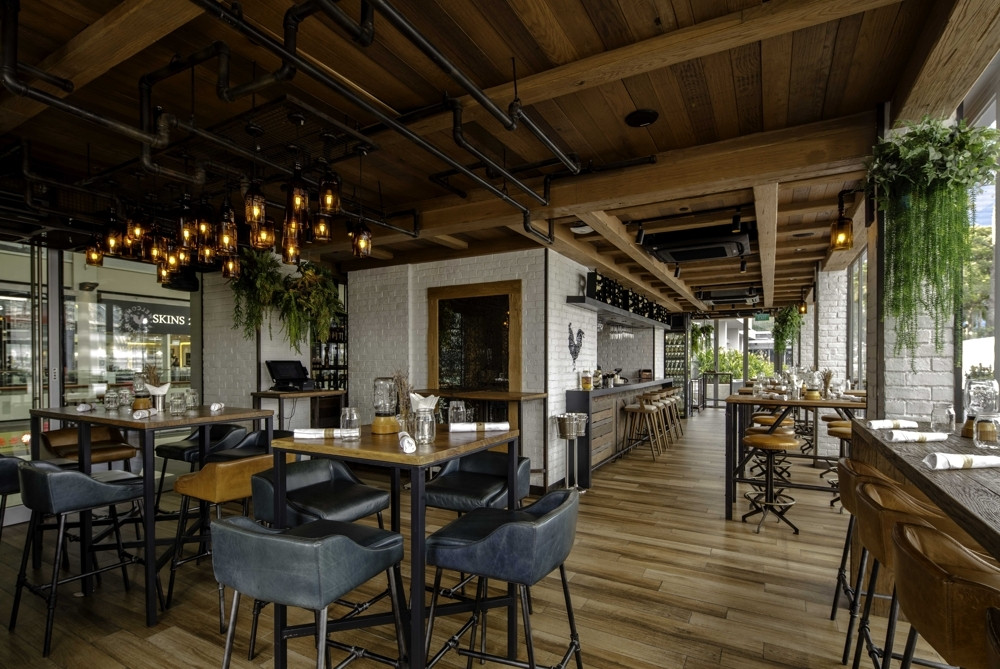 Image credit: Yardbird Southern Table & Bar
Dining at Yardbird‘s light-filled space – tickets will be presented to you right at the restaurant, so there’s no need to speed through dinner!

Order refreshments from your own seat 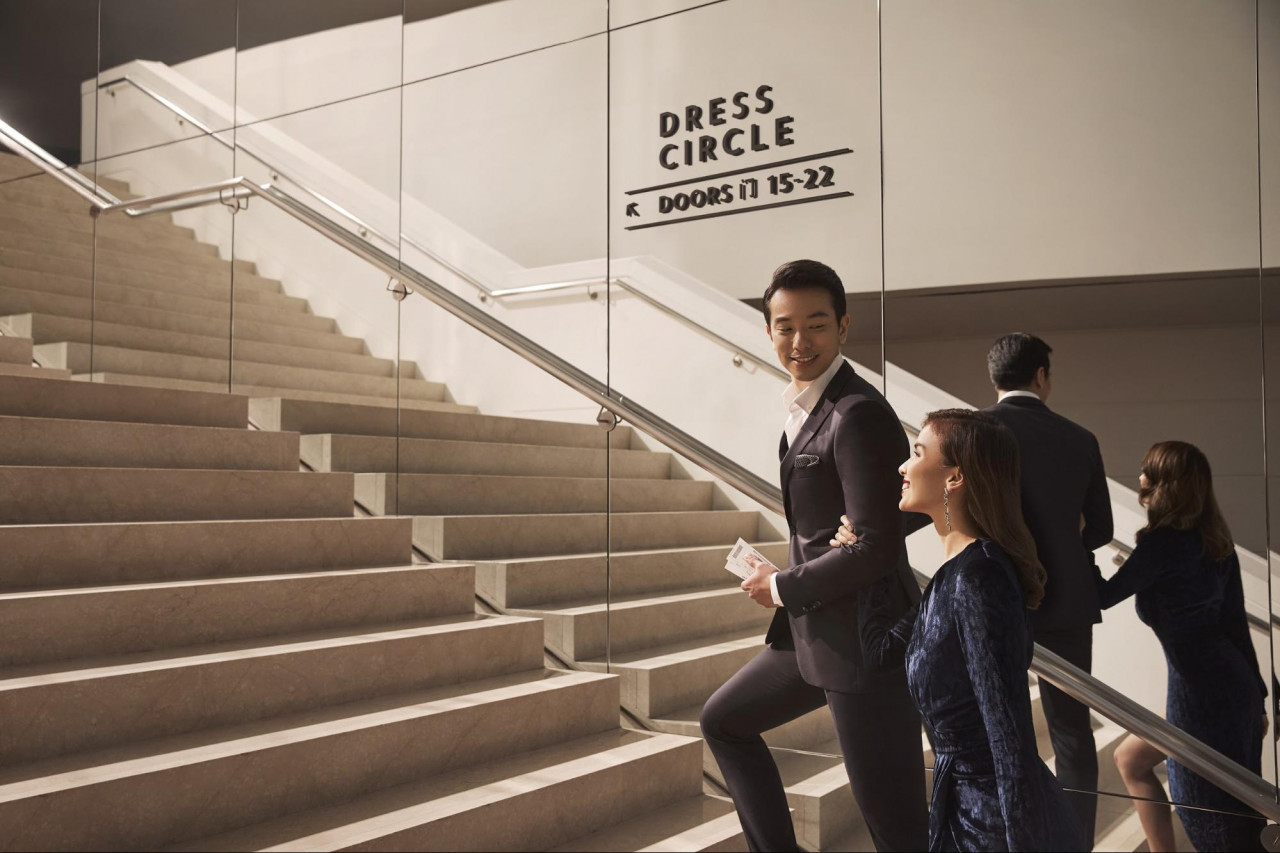 There’s always a mad rush for drinks and snacks every intermission – but if you’ve booked under the Show & Dine package, you can order refreshments right from your seats. There’s no more waiting in line: A theatre usher will take your orders and even deliver them directly to you. 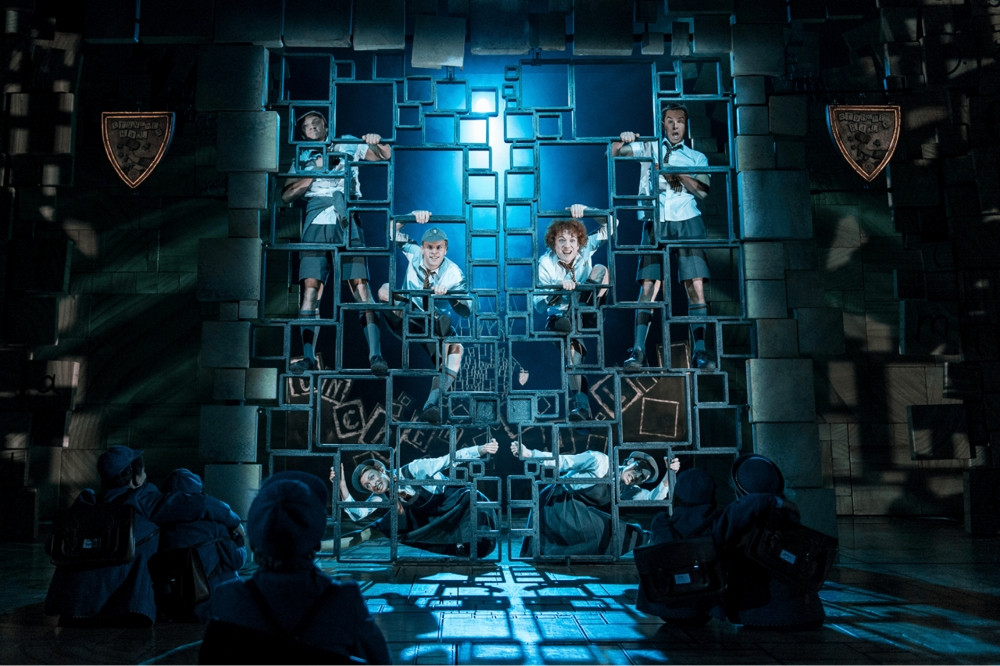 Matilda The Musical – a classic for those who grew up with Roald Dahl’s books.
Image credit: Manuel Harlan

Marina Bay Sands’ lineup of plays and musicals is more than solid this year: they’ve got everything including childhood favourites like Matilda The Musical and Aladdin.

Phantom of the Opera at MBS 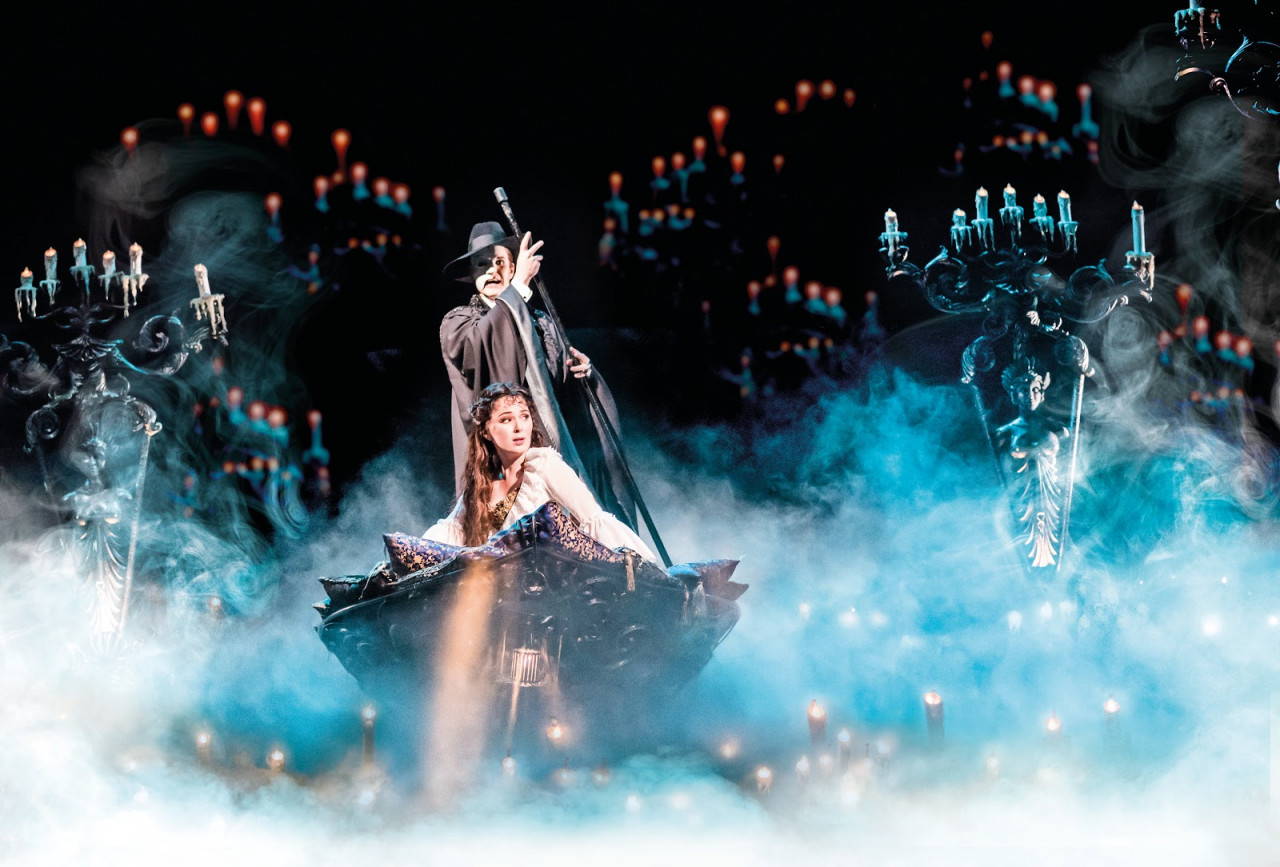 But the one show we’re all geared up for? The Phantom of the Opera. With stellar special effects, intricately designed costumes, and an engaging storyline, it’s no wonder that it’s one of the most popular musicals in the world. The musical will feature some of Andrew Llyod Webber’s most recognisable songs too – Think of Me and of course, The Phantom of the Opera. 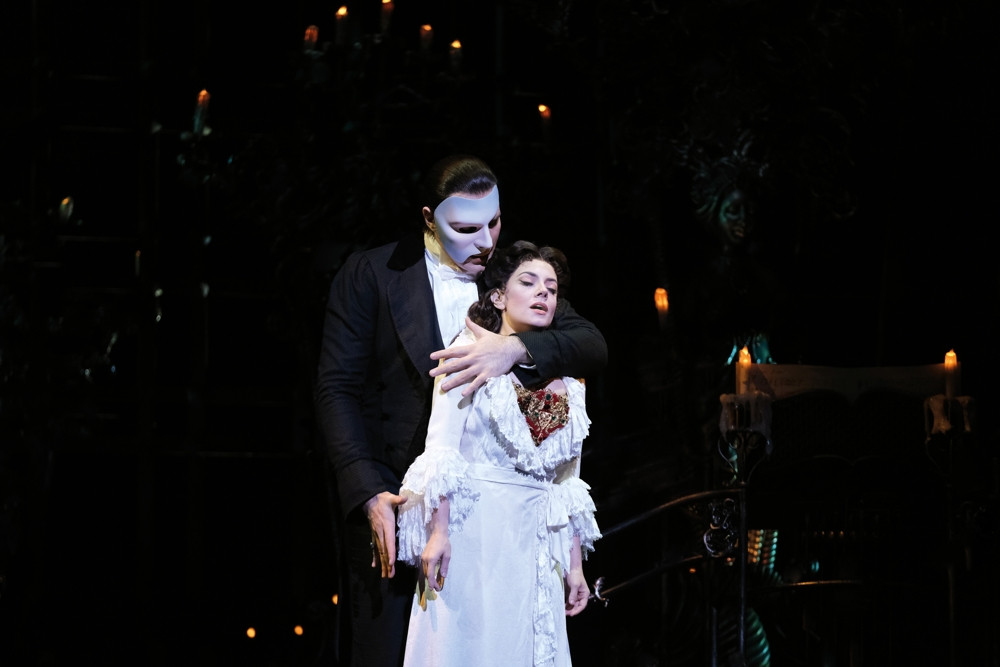 Image credit: The Phantom of the Opera World Tour

The Phantom of the Opera performances start 24th April 2019 and can be purchased as part of MBS’ Show & Dine packages. With their packages starting from just $100, it’s not as tight on your bank account as you might think – but with live entertainment and award-winning restaurants, it’s sure to make a memorable date.

There’s also free parking if you head down from Mondays to Thursdays! 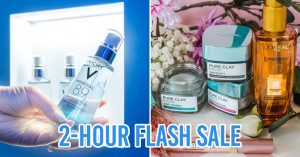 Lazada Super Beauty Day Has Up To 65% Storewide Discounts With Brands Like Vichy And L’Oreal Paris
10 Restaurants In Taipei, Taiwan With The Best Unobstructed High Rise Views 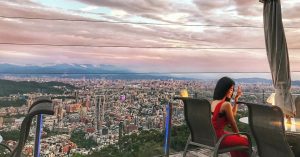