Matilda The Musical at Sands Theatre at Marina Bay Sands 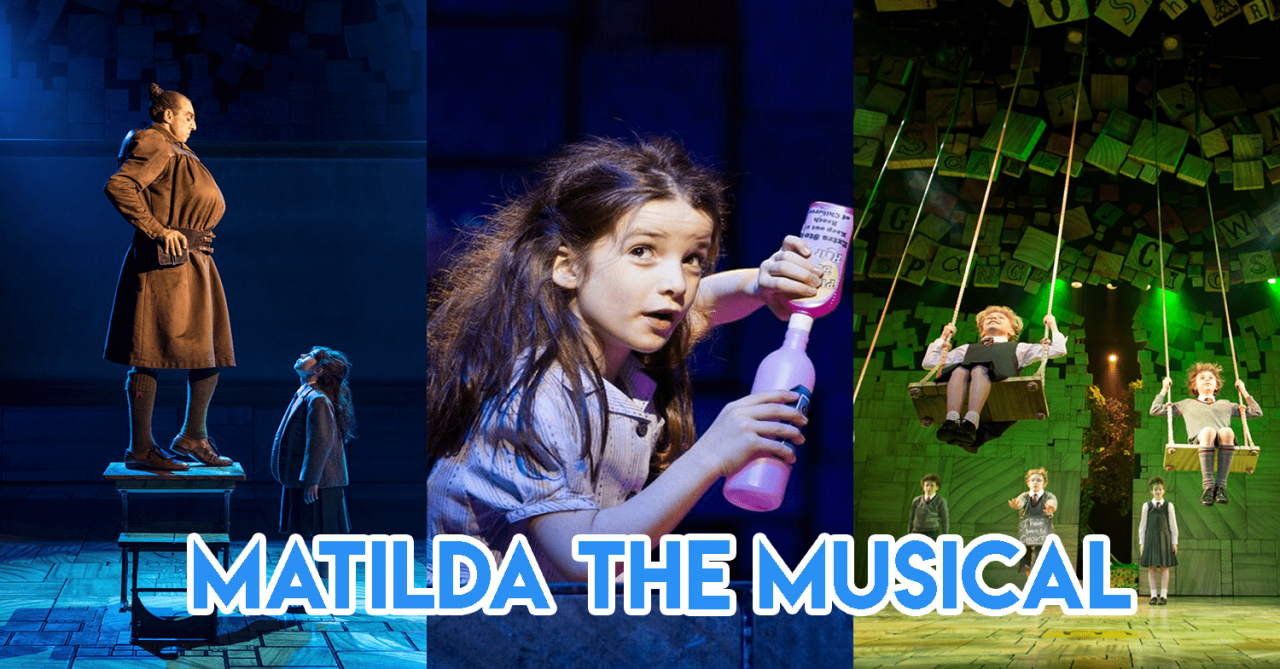 Attention folks who hoarded a series of Roald Dahl books during your childhood, you’re in for a real treat. Matilda The Musical – a stage adaptation of the novel Matilda – has arrived in Singapore. Not to mention, for the first time ever in Asia.

Armed with vivid sets and castings, the musical will be bringing the magic of Roald Dahl’s fictional world to Marina Bay Sands from 21 February 2019.

Here, you’ll be following the tale of young prodigy Matilda Wormwood as she navigates the ups and downs of her childhood. Namely, being bullied by her TV-addicted parents and her formidable school headmistress Miss Trunchbull for being too smart. Very far from our Singaporean reality, indeed.

Despite these obstacles, Matilda eventually overcomes her bullies and embraces her gifts – a tale that’ll resonate with audiences young and old alike. 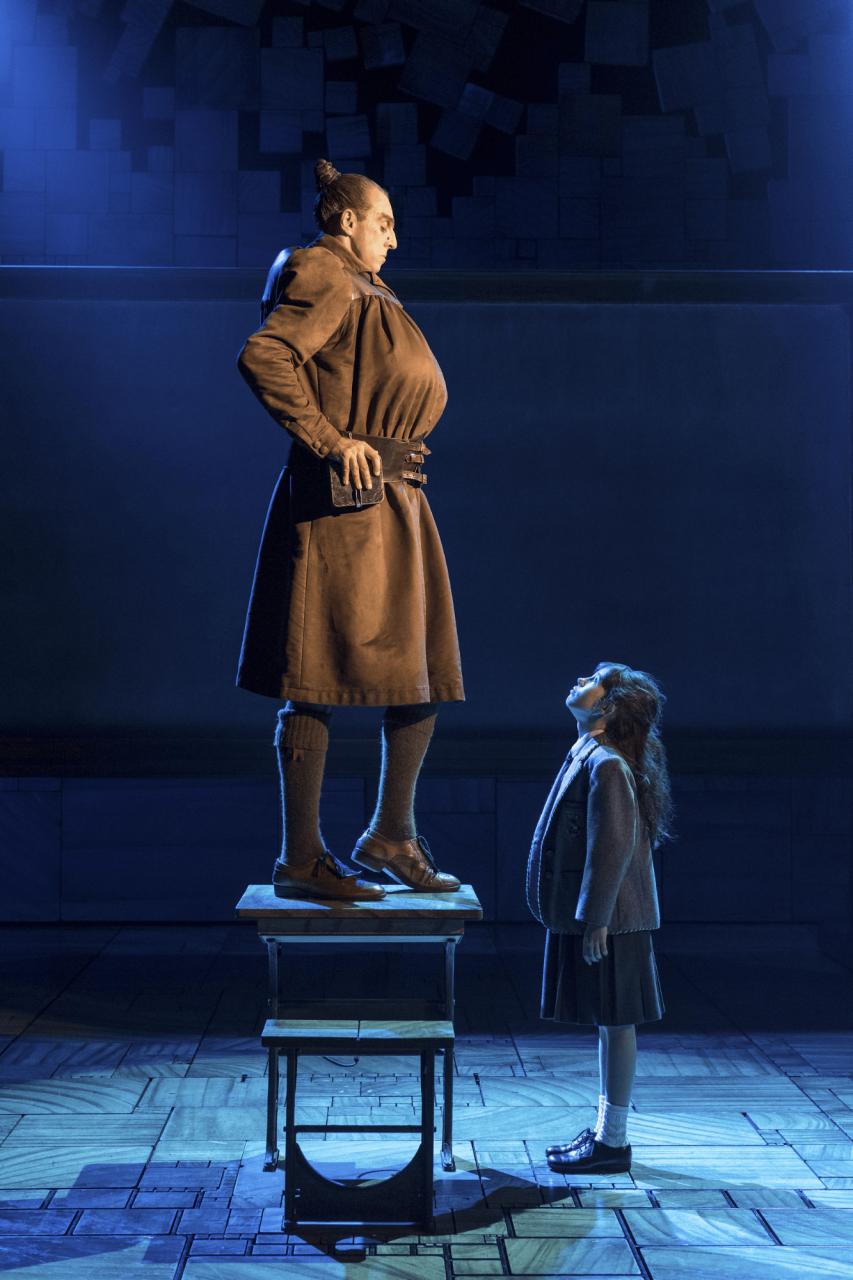 This live-action reprisal of the child-tossing giant will probably make you reel in fear and disgust. Image credit: Manuel Harlan

While the musical does follow closely to the original plot in the novel, it will also enthrall book fans with a few refreshing twists. For one, the infamous child-tossing Miss Trunchbull will be played by a man.

Other notable characters like Matilda’s kind teacher Miss Honey and librarian Mrs Phelps will also be taking centre stage to show all of us just how one’s kindness can radically transform a child’s life.

What’s more, be prepared to delight in the  witty musical numbers by Tim Minchin. With meticulously-crafted lyrics to tell the stories through songs like “Naughty” and “When I Grow Up”, it’s no surprise that the musical has bagged a trunkful of awards, including five Tony Awards and seven Olivier Awards.

In 2013, the musical was even conferred the status of #1 show of the year by TIME magazine. The production eventually moved to Broadway, where it played to sold out audiences every night! 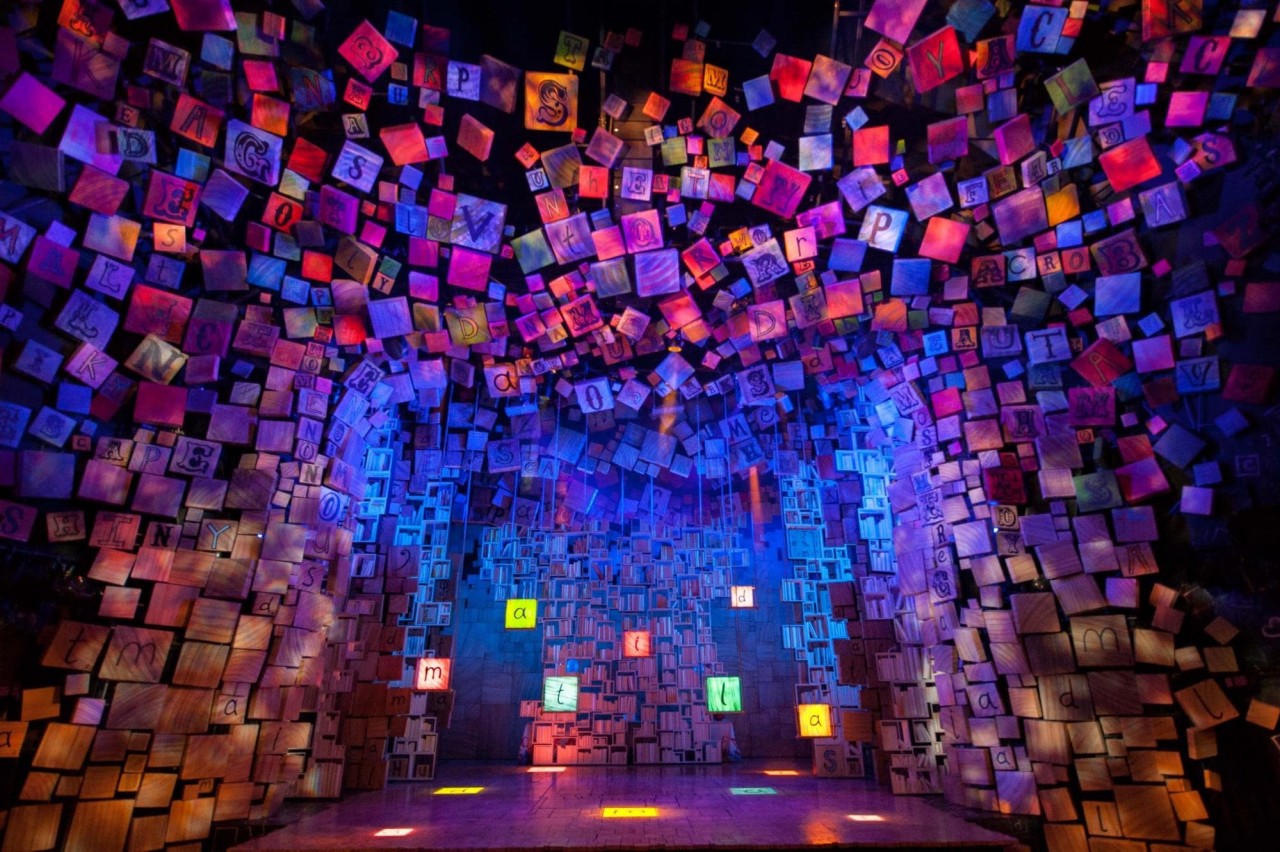 The sets are decked out in a kaleidoscope of colours – a captivating treat for the eyes.
Image credit: Manuel Harlan

Accompanying the music is a collection of vivid stage sets. The audience will be entertained with a series of spellbinding scenes featuring wacky props like swings and colourful alphabet letters hung up all around the stage.

All of the elements above will be combined to produce yet another spectacular run of the musical right here on our sunny island. And, even if you’re not acquainted with the book or heard the songs, the musical’s relatable premises and catchy tunes will have you hooked to your seats and bobbing along in no time! 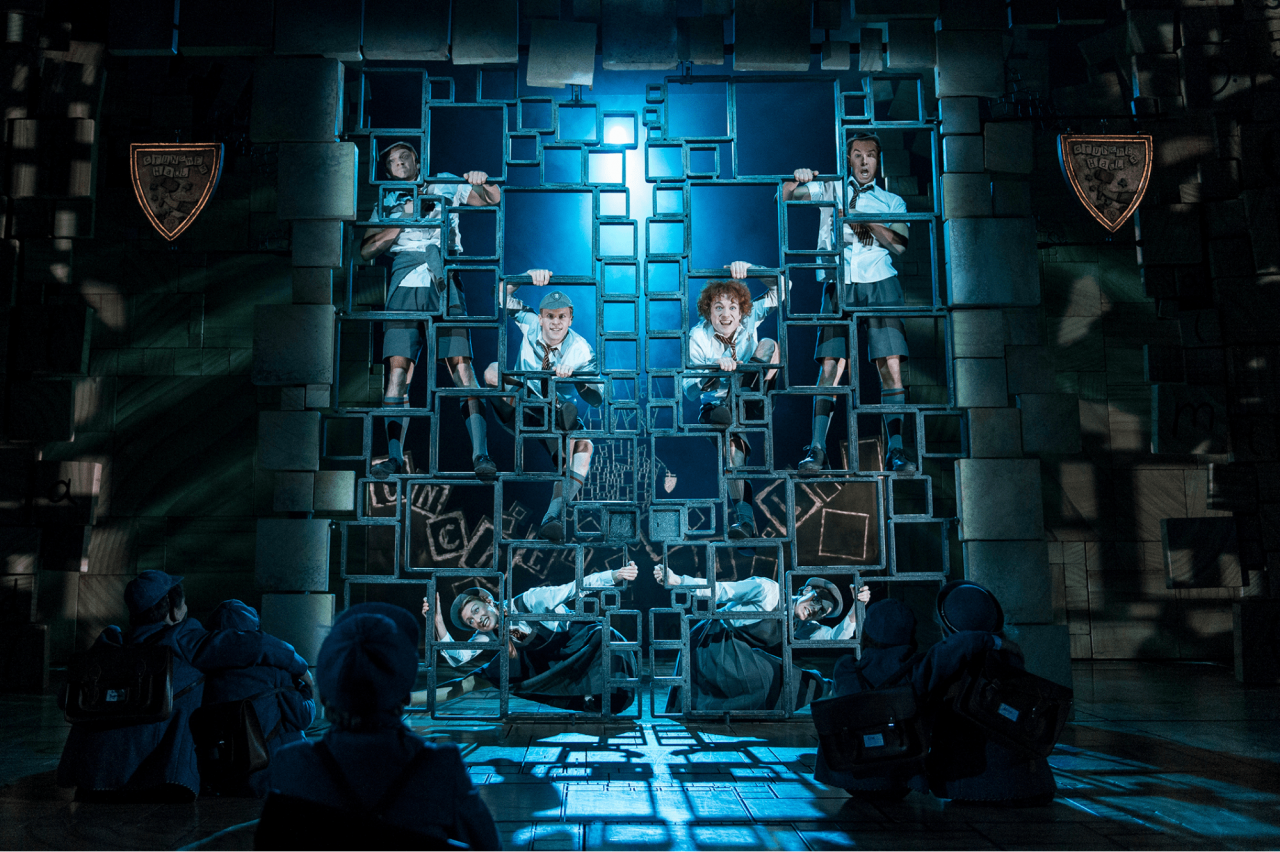 Whether you’re a longtime book fan, someone who has just read the books, or looking for some fun over the weekend, let Matilda The Musical sweep you into the fantastical world of “those revolting children”.

Tickets are already on sale at marinabaysands.com and all SISTIC channels. These are on a first come, first served basis, so better grab them quick to experience the magic first-hand!

Book your tickets for Matilda The Musical today!

This post was brought to you by BASE Entertainment Asia. 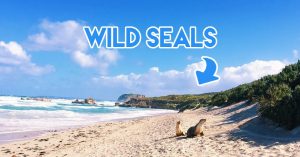 This Fully Planned Adelaide Family Road Trip Comes With A Car For Wildlife Watching & Farm Visits
12 Cat-Themed Home Decor Items From Taobao Under $18 For Crazy Cat People On A... 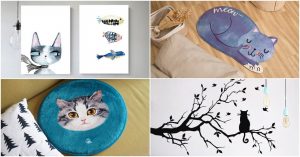