It’s mooncakes galore every time the Mid-Autumn Festival rolls around. Even if you’re not one to salivate over snow-skin mooncakes or covet premium ones from the likes of Goodwood Park Hotel and Raffles Hotel, Awfully Chocolate is giving Harry Potter fans an even better reason to sink their teeth into a mooncake this year.

Potterheads, feast your eyes upon the Harry Potter Mooncake Collection. Make no mistake though, this is no ordinary Harry Potter-inspired nosh but an official collab with Warner Bros designed right here on our little red dot. From four unique flavours representing each Hogwarts house to limited edition keepsakes, here’s what you can expect to get your hands on: 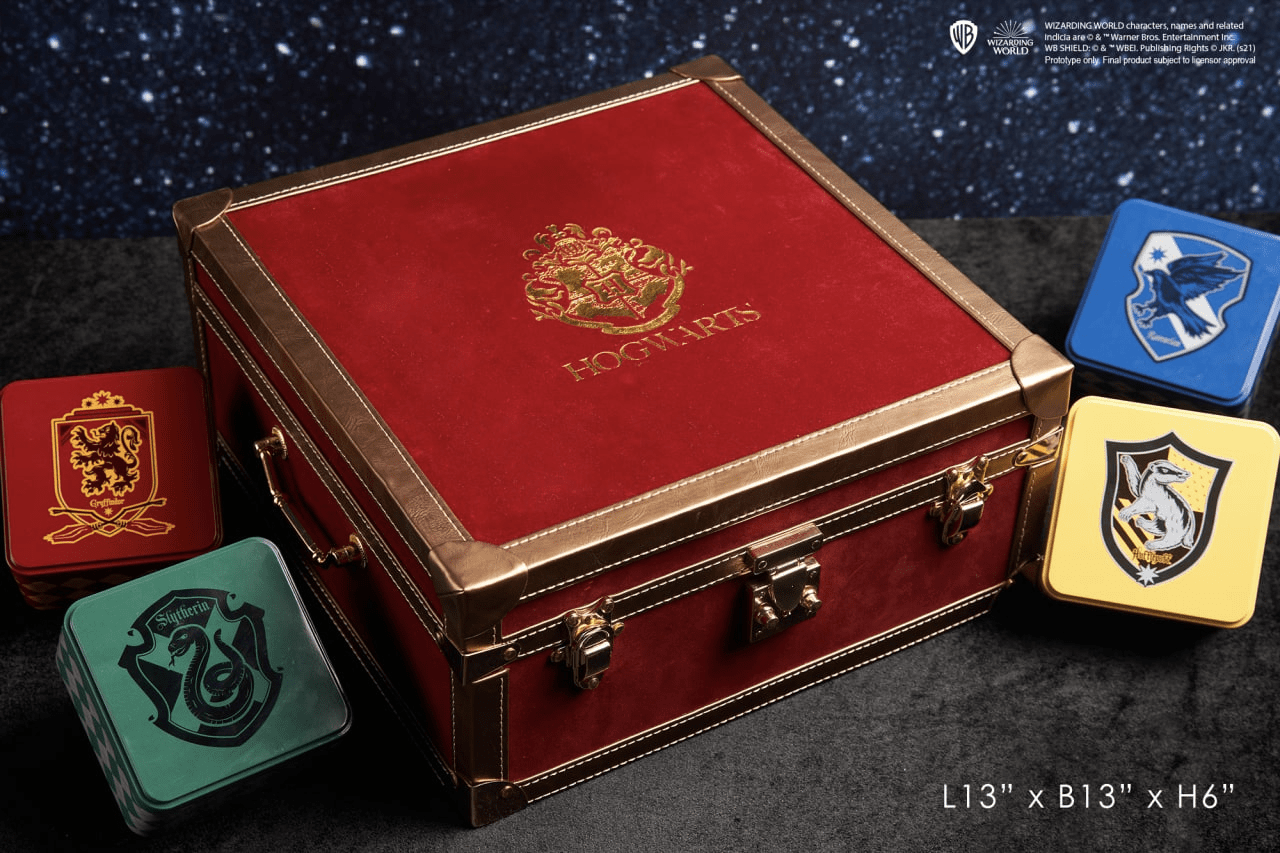 We’ve long known that half of the reason why mooncakes command such extravagant prices is the packaging. But packaging is one why you’ll want to shell out for the Harry Potter Mooncake Collection.

In true wizarding fashion, the collection comes in a gold-trimmed, vintage chest that’s emblazoned with the Hogwarts logo – much like a mini version of Harry’s personal Hogwarts trunk.

Just as there are four houses in Hogwarts, you’ll find four mooncake tins sitting squarely in the plush, quilted interior of the chest. Each one represents the four Hogwarts houses: Gryffindor, Ravenclaw, Hufflepuff and Slytherin.

To add a touch of authenticity to it all, each purchase comes with an official certificate declaring the chest as an official product of the Wizarding World, and not some knockoff from Knockturn Alley. 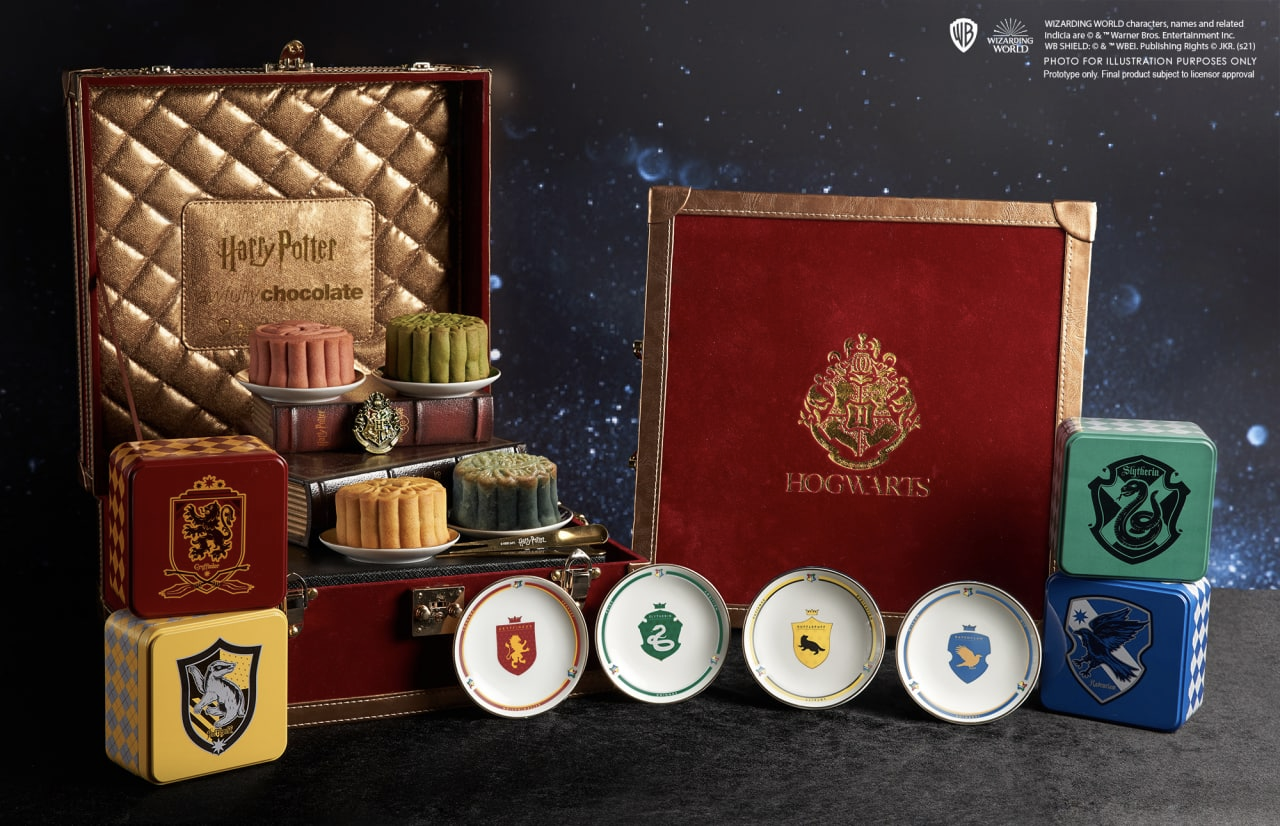 Serious Harry Potter fans can opt to purchase The Harry Potter Collector’s Edition Chest which comes with four limited-edition ceramic house plates for you to place your magical mooncakes on to help you envision yourself dining in The Great Hall. 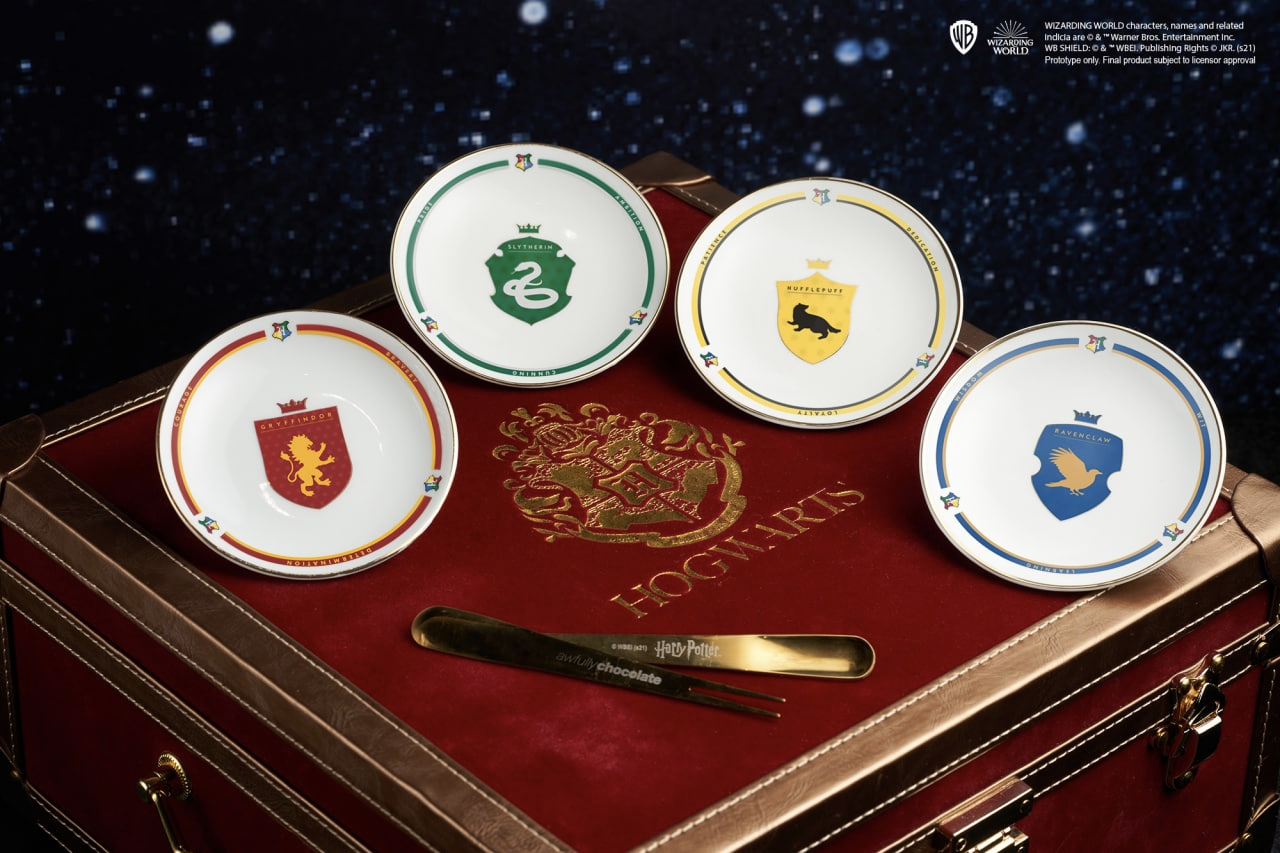 Certainly keepsakes you’ll want to add to your Harry Potter collection of memorabilia at home. Fastest fingers first though, only limited sets are available! 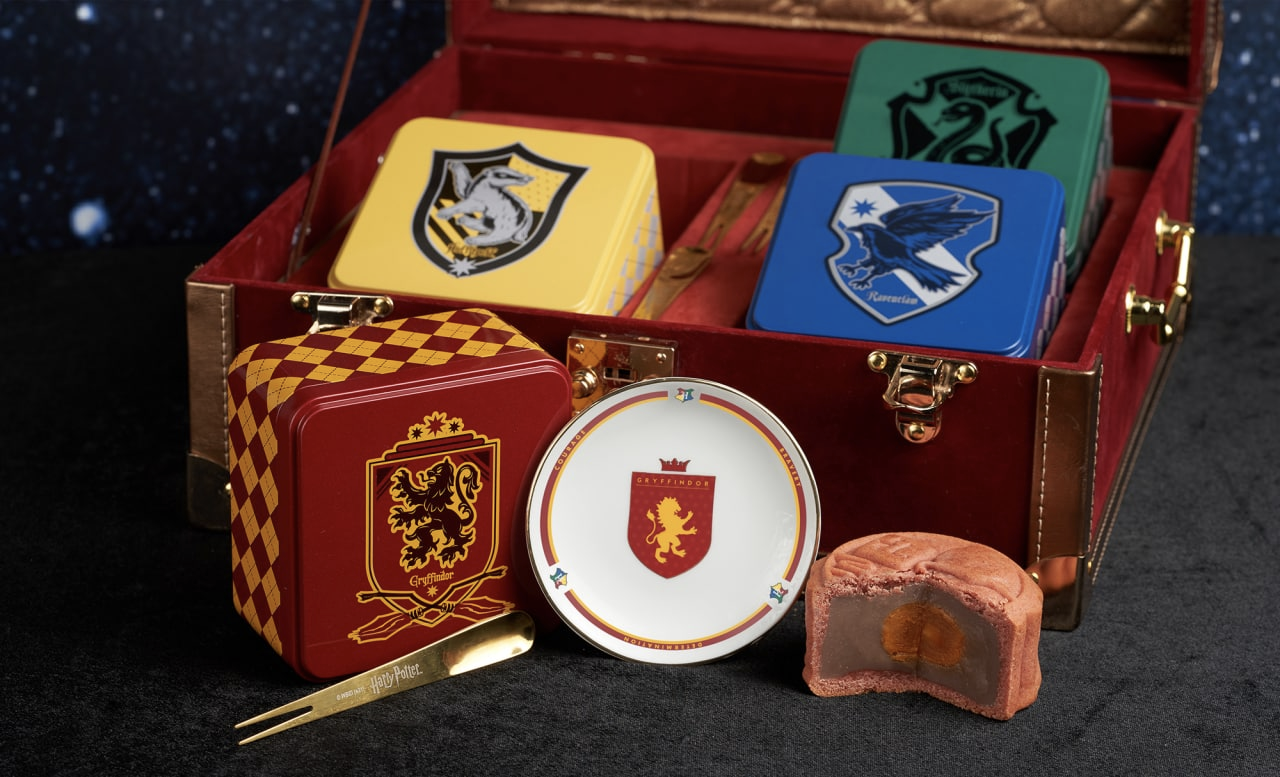 It doesn’t matter if the Sorting Hat has officiated you as a member of Gryffindor or Ravenclaw, with this Harry Potter Mooncake Collection, you’ll be putting your personal biases aside to indulge in every house’s flavour. 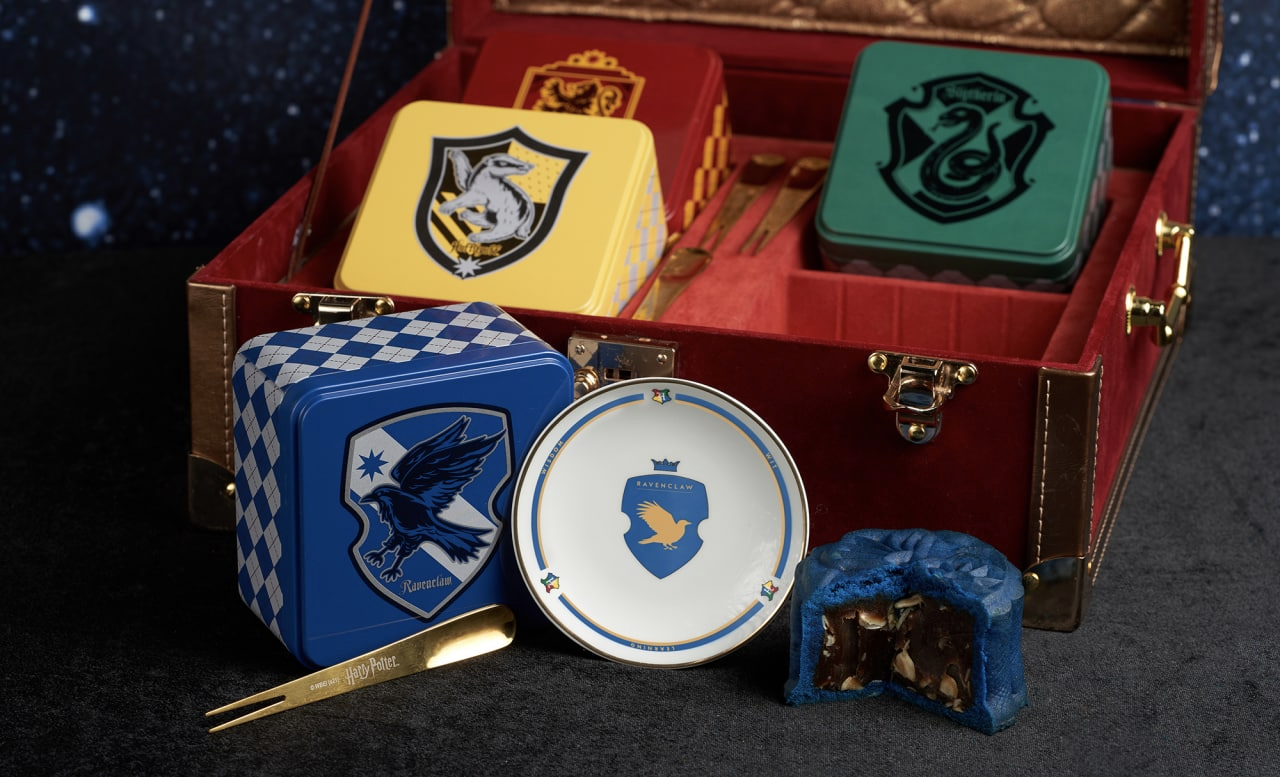 All mooncakes are carefully crafted at Awfully Chocolate’s bakery, so it isn’t all show and no go either.

We’re used to seeing many a magical concoction of mooncake every Mid-Autumn Festival, but none as enchanting as this Harry Potter Mooncake Collection by Warner Bros. and Awfully Chocolate.

Place your pre-orders now on Awfully Chocolate’s website before the 22nd of August and you’ll get to enjoy their Early Bird Discount that’ll shave 10% off your final bill. You can also choose to have the mooncakes delivered to your door, gifted to a friend or opt for self-collection.

More on food this month: 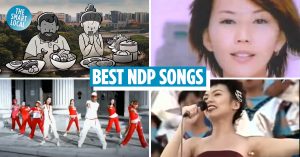 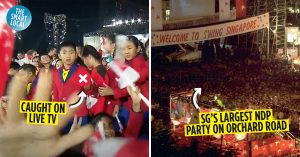