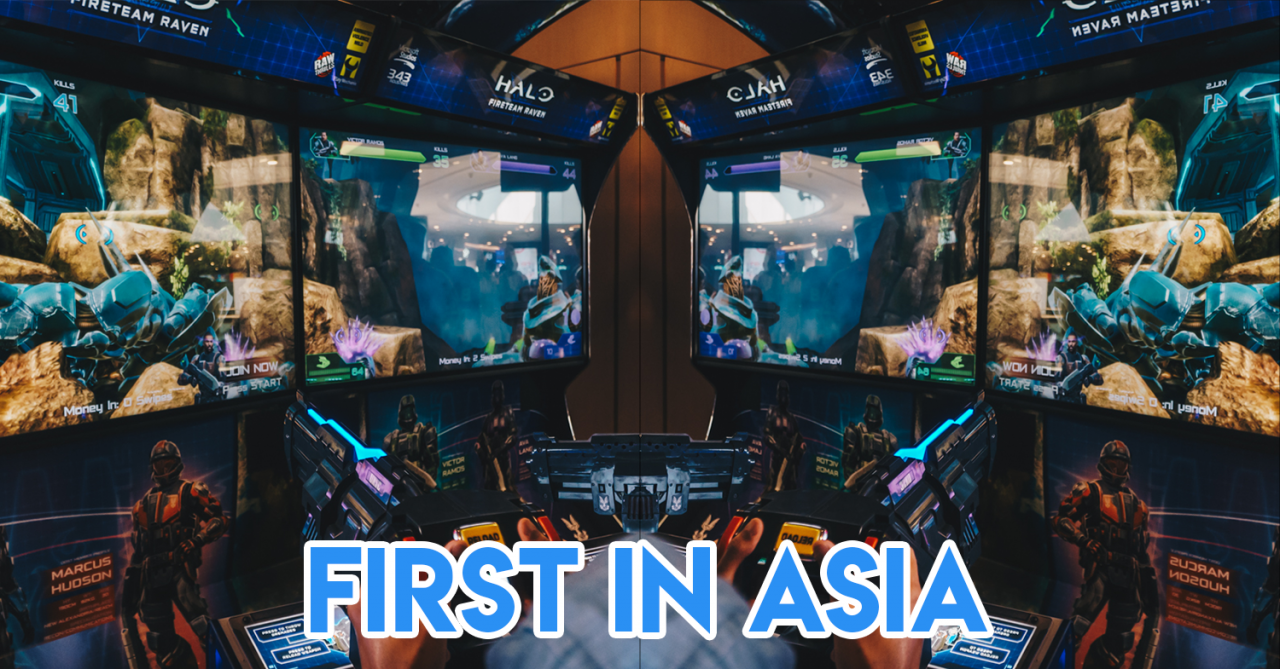 While Halo Infinite is still eons away, fans hoping for a fix of Master Chief can head to Timezone VivoCity for the first ever arcade version of the franchise – Halo: Fireteam Raven. The cabinet boasts a colossal 3.3-metre widescreen, 4K gameplay, and supports co-op play of up to 4 players!

We went down on opening day to find out just what players can expect in this game.

There was no trouble locating the machine as its bright neon halo exterior served as a beacon for those who were there. Players of all ages were eagerly lined up waiting to have a go at the game. There were some who’ve never even played the game before but were attracted by the lights and sounds emanating from the machine. 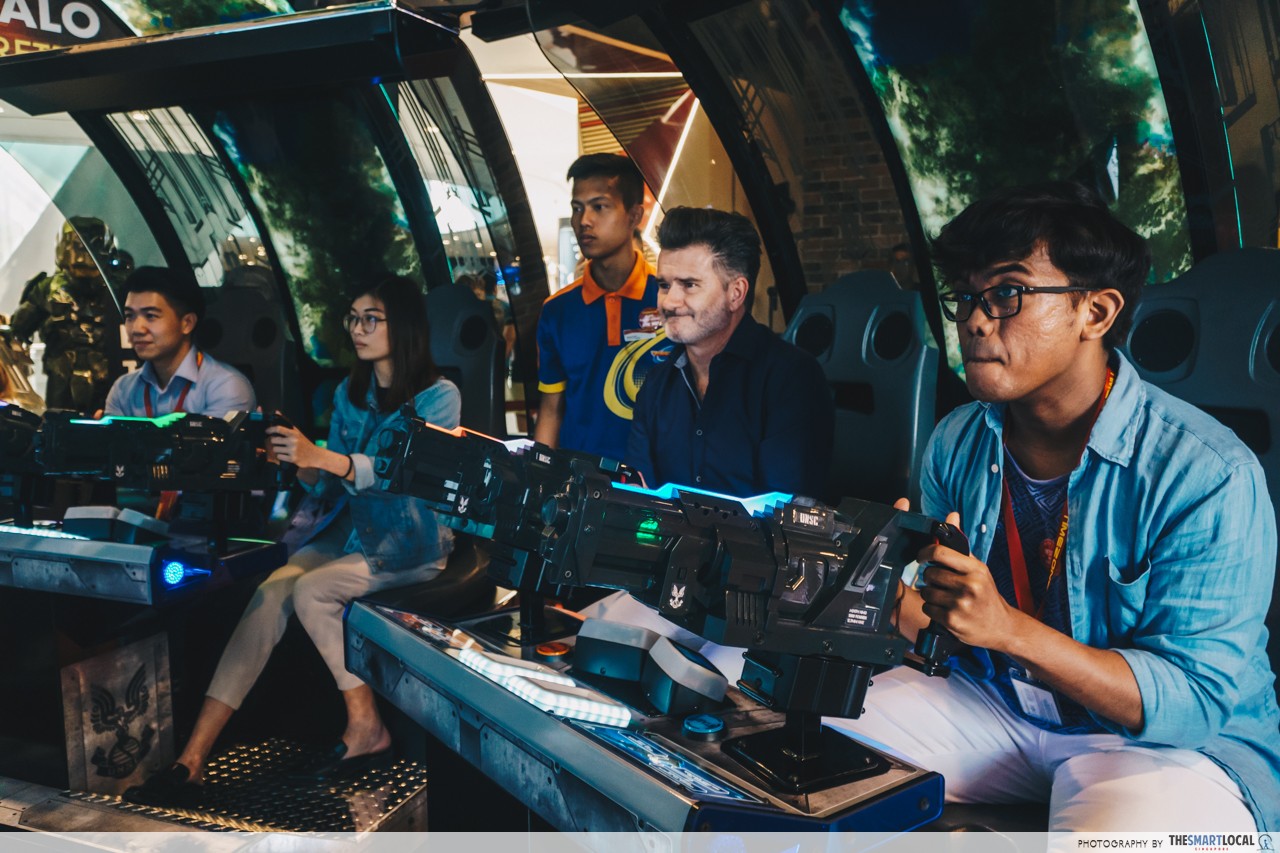 Once our turn came, we learned about the game’s plot.

Set in the same timeframe as the first Halo game, you and your friends will be playing as Fireteam Raven, a group of Orbital Drop Shock Troopers, and battle alongside Master Chief against Covenant and Flood forces. 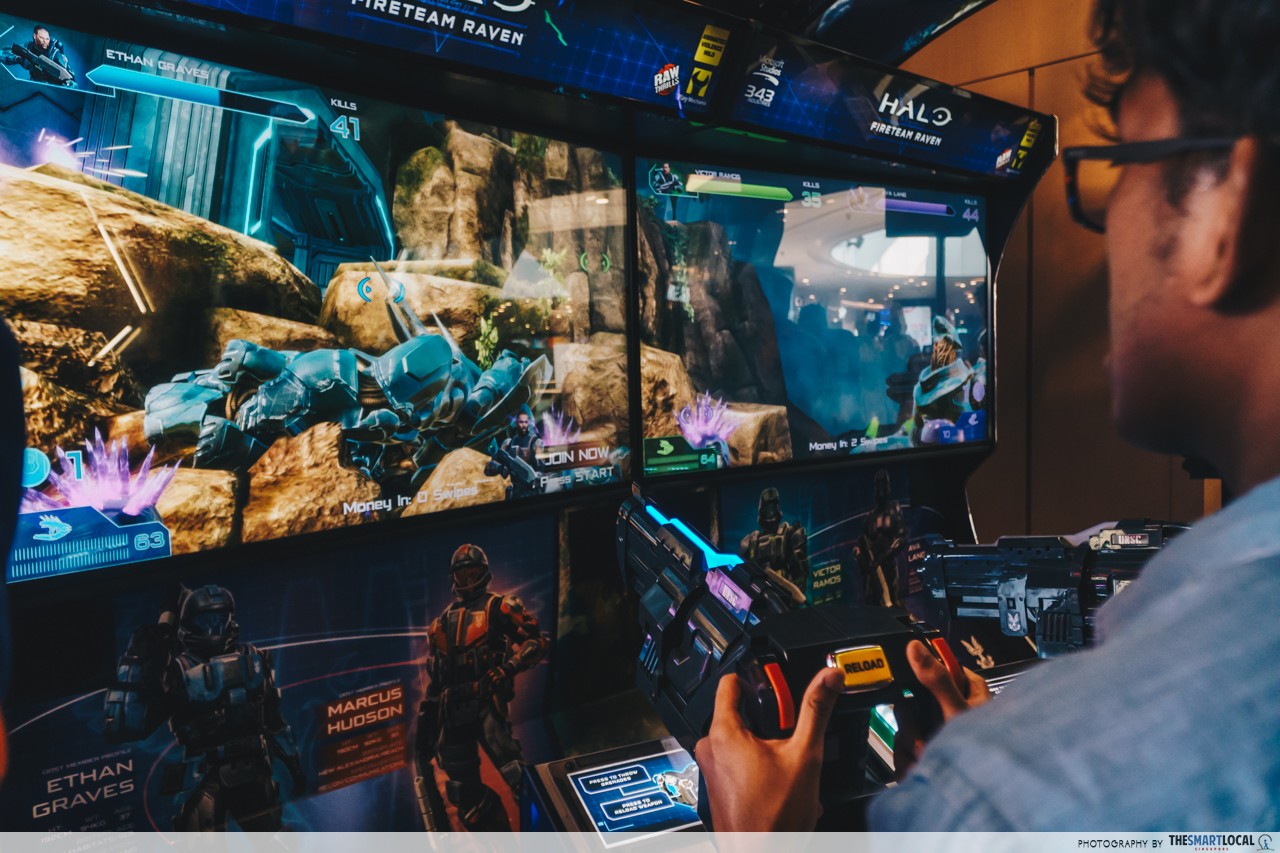 Once we pressed play, I was immediately impressed with the stunningly clear graphics – courtesy of the 3.3-metre 4K widescreen. The booming 5.1 surround sound system also threw us into thinking that the Covenant were right behind us.

After a few minutes of playing, I appreciated how the system was decked out with 4 super comfy padded seats, unlike most arcade games.

For longtime Halo fans, you can even scan the QR code here to sync your progress with your Halo Waypoint account, and unlock avatars and in-game accessories.

Let me preface this by saying that even beginners with zero knowledge of the franchise can play this game without any trouble. 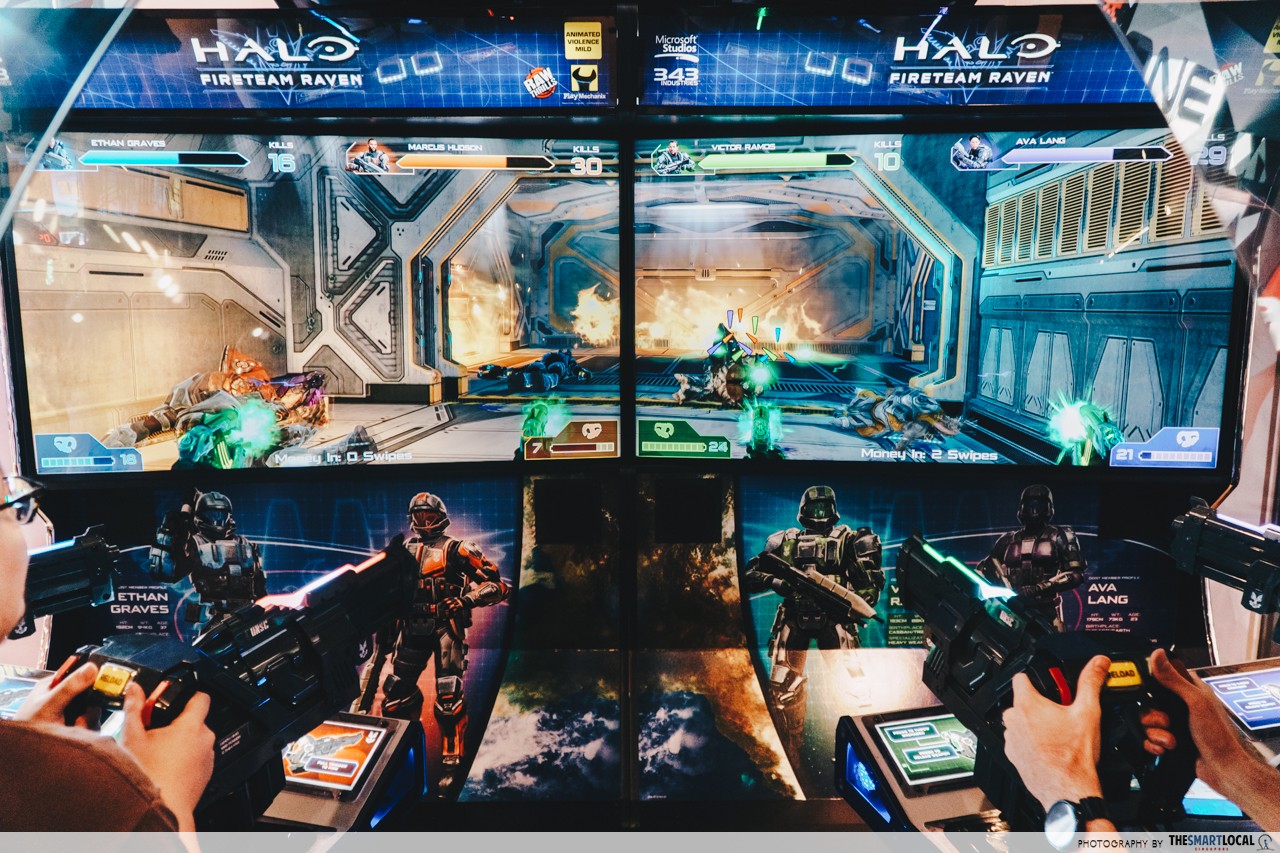 Be sure to take a toilet break before attempting Halo: Fireteam Raven as it’s a 45-minute campaign! The light-gun shooter will take you across 6 stages as you decimate the likes of Banshees and Elites with your gun turret controller.

The controller itself was light and easy to maneuver. Fortunately, we had a wide range of motion which proved to be extremely useful as I shot an enemy on the opposite end of the screen.

You can also use classic Halo weapons like the Needler, Assault Rifle, and Plasma Grenades. However, unlike the console games, you can’t swap out your weapons while you’re playing and unfortunately, there are no boss fights here. That said, there are infinite-ammo sequences so be sure to rack up those headshots.

All-in-all, I had a blast playing this game. The vivid display was unlike any arcade game I’ve ever seen and the controls were super-easy to use. At just $3.80 per round, I can totally see myself having another go in the near future.

Be the first to play Halo: Fireteam Raven at Timezone VivoCity 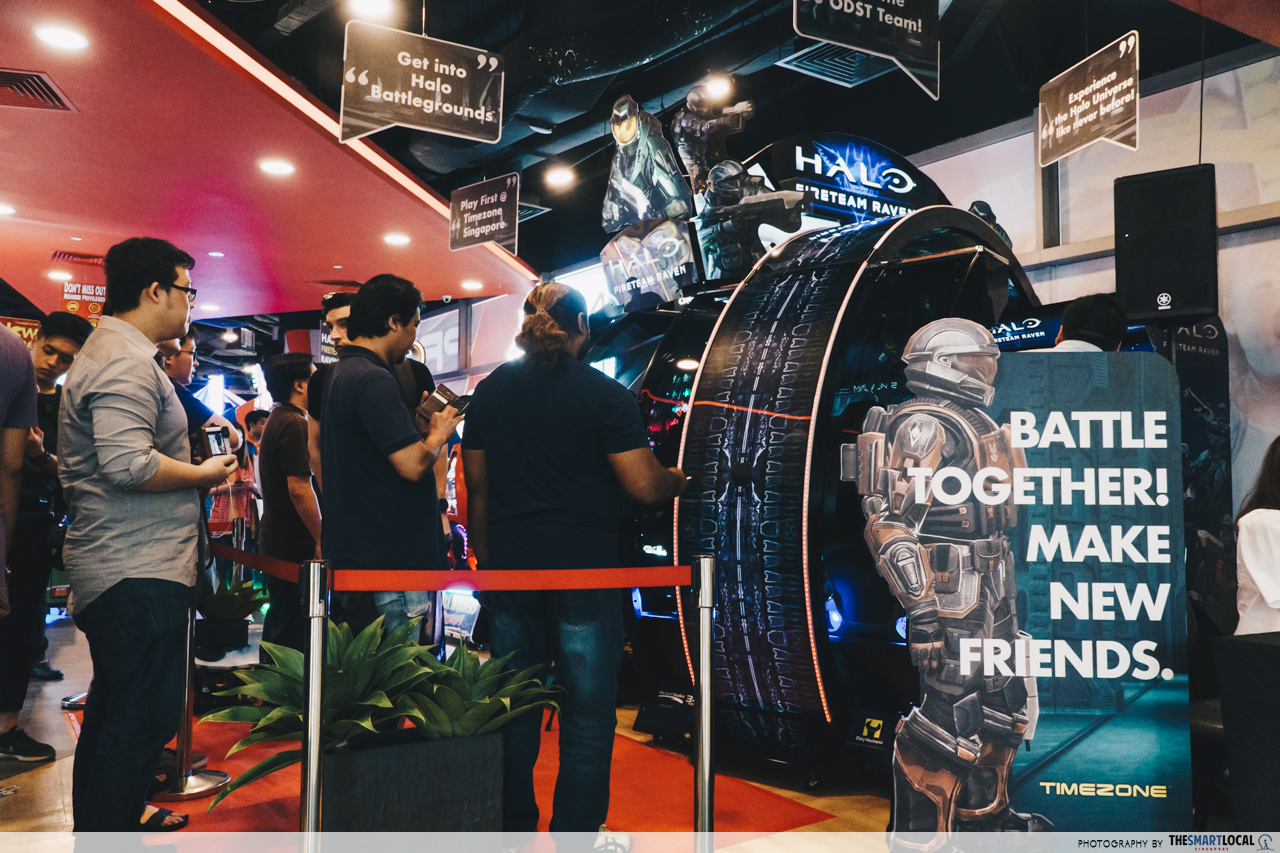 Whether you’re a casual or hardcore gamer, head to Timezone VivoCity – Singapore’s largest arcade – for a wide selection of fun games like a 4D roller-coaster and LED bumper cars.

For a greater reason to top up your Timezone card, it’s now the first in Asia to have Halo: Fireteam Raven – the arcade version of the legendary franchise.

So if you’re looking for a brand new way to ward off the Covenant, gather your troops and hop into a slipspace to Timezone VivoCity now!

Find out more about Timezone here! 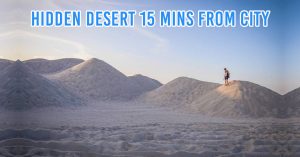 10 Things To Do In Malacca On Weekend Trips That Are Just A 3-Hour Bus Ride Away
PSA: Crabtree & Evelyn Is Giving You $50 Back For $53 Spent This National Day