Why gamers in Singapore aren’t doomed for failure

We’ve all heard horror stories about kids going rogue or becoming unresponsive zombies from playing too much video games. That’s probably why gamers in Singapore tend to get that extra bit of flak for “wasting their lives away,” per every other parents’ standard words of nagging.

But as someone who has had her fair share of shunning social outings and living the hermit life due to video games, I can attest to the fact that gamers aren’t doomed for a life of failure. In fact, video games give gamers a bigger push in life than non-gamers give us credit for.

While you’re at it, check out these misconceptions about gamer girls.

Addictive tendencies as an adult

When I say I have addictive tendencies, I mean to say that whenever I get engrossed in a video game, it pretty much takes up all of my free time until I complete it or finally get tired of playing it. Like many other gamers out there, I develop tunnel vision to the point that my personal life automatically takes a backseat.

So when a new game comes out that my friends know I’m into, they would already anticipate me cancelling on plans for the next couple of months. At present, I’ve learnt to prioritise self-care and personal relationships, but just a couple of years ago, you would’ve found it difficult to pry me away from the controller.

Take for example, when the highly anticipated God Of War reboot came out in 2018. On my days off, I would wake up at 9AM and play all the way till 3AM without showering the whole day, only stopping to eat 2 quick meals in between. I barely left the house and would choose not to meet up with friends or go on date nights with my partner. 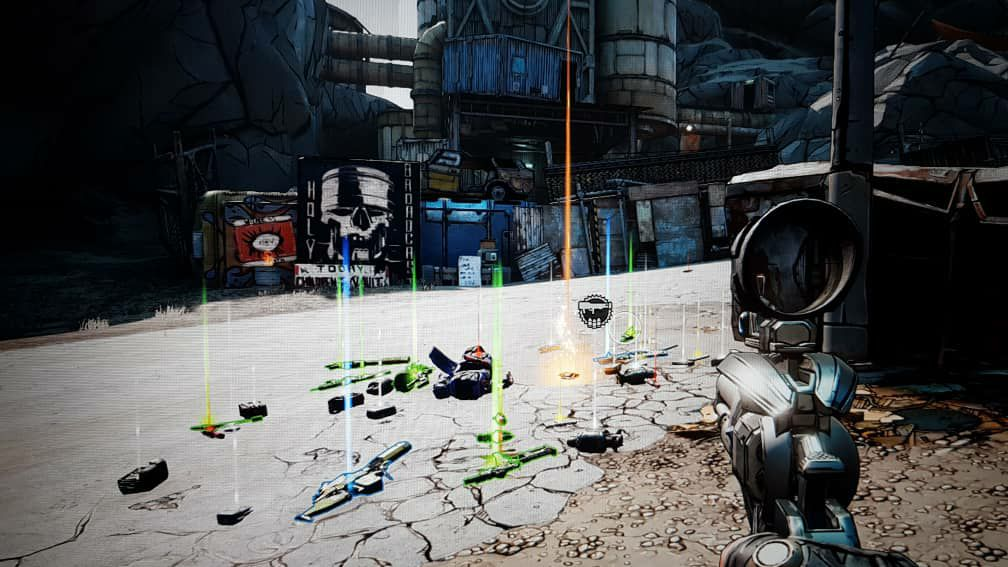 I would even spend time obsessively “farming” for better upgrades and weapons
Image credit: Jessica Fang

And let me just put it out there before you think I’m bragging, I’m not even that good at video games. I’m the kind of player who just plays on “medium” difficulty and still dies hundreds of times in between. Despite my mediocre talents, I just really love video games, mostly story-based solo ones and co-op multiplayers like Diablo 3 and the Borderlands series. While all this may seem pretty bleak and isolating, truth be told it actually enriches my life more than non-gamers can understand. I’ll explain why below.

Now, don’t get me wrong – I can totally understand why people tut at young’uns who play “too much” video games. This is all thanks to the occasional horror story of kids foregoing eating and sleeping to play video games to the point of hospitalisations, violent mental breakdowns, and total social isolation.

But every single gamer I personally know is pretty much a normal, healthy human being who has a job, family and social life. Let me debunk the myths that are both untrue and true, and how I’ve recently started managing my addiction so it doesn’t become too all-consuming.

Myths that are not true

Wasting their lives away: I’m living proof that this isn’t true. I may use up my free time to play games, but I still have a secure job. I am, after all, writing this article right now. Even when I used to play a lot of video games throughout university, and managed to cop a 3.7 GPA while I was at it.

Hermits with no social life: Although I have been known to cancel real-life hangout seshs in favour of a game, my gaming habit has inadvertently helped me make more friends outside of my usual social circle.

In the past year, I started playing online with real-life friends who I weren’t previously close to. As an introvert, it has also helped spark good conversations with new acquaintances and colleagues who also play video games. And while I’ve yet to make friends through online gaming, a ton of people I know have. No future: This is just a blatant lie. Do you have any idea how much esports players can make? Have you seen a million dollars in your bank account? Well, they have. Take for example the world’s highest-earning Dota 2 player known as N0tail – he has earned nearly USD7million ($9.7million) over the span of just 10 years, excluding sponsorships.

Wasting money on games and in-game items: Truth be told, spending money on something “virtual” like games is exactly the same as paying for a Netflix subscription. It’s not a waste of money if it’s something you enjoyed doing. For me, as long as I’m not in debt because of games, I’d say that a healthy balance has been struck.

Gamers are angry people: It may seem this way, but in actuality it can get frustrating when you’re trying to complete a task but fail over and over again. What you may see from the outside is “anger” but what we’re actually experiencing is merely annoyance at ourselves. 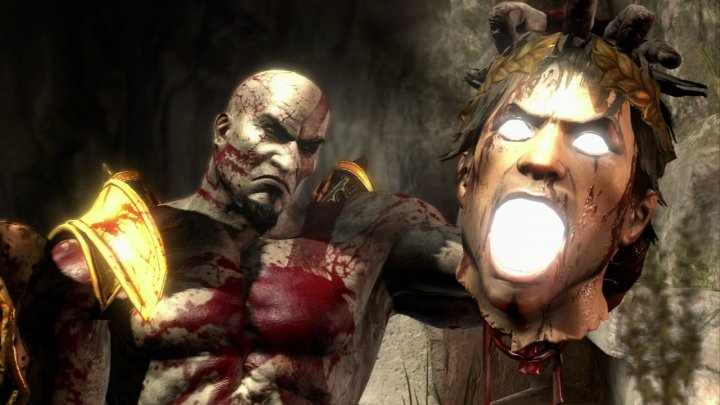 Likewise, even though I play really violent games like the God Of War franchise, I am not a violent person in real life.
Image credit: GoD OF WaR

Myths that are true

No time for partner: I’ll admit that I’m annoyingly unresponsive when I’m 100% engrossed in a game. But everyone needs some alone time to wind down, so it’s the same as someone whose attention is on a book or movie. Gamers just need that extra bit of concentration so they don’t end up virtually dying. To make my husband feel less left out, I got him interested in my favourite gaming franchise. We now actively look for games we can play together. If I’m playing something he’s not interested in, I would pause after every checkpoint to give him a quick peck on the cheek or talk to him before resuming.

So if you’re in my shoes, make it a point to set aside time to appease your partner – after all, they just want to spend some time with you.

Fried brains and bad health: This is something I know I’ve brought upon myself whenever I go on gaming binges. And to be honest, after playing games for some 12 hours straight, the after effects simply feel like a hangover from drinking too much.

To get around this, I now make it a point to set aside specific hours to game. I only allow myself to play as a “reward” for finishing all my work, taking a shower, and having a proper meal. I also set cut-off times – usually around midnight – to stop and go to bed.

How video games actually helped me rather than cause my downfall

While I’m aware that a gaming addiction has its flaws, I still stand by my opinion that it has more pros than cons. And if your partner also has addictive tendencies when it comes to video games, here’s why you should cut them some slack:

For starters, video games have actually gotten me through bouts of depression. “Escaping” into virtual worlds has helped to soothe the pain of breakups and distract my mind from spiralling into emotional breakdowns.

They’re also a great anxiety reliever, especially when you get to navigate worlds blanketed in CGI beauty and do everything from hack and shoot to fly planes and race cars to blow off some steam.

It also gives you a sense of accomplishment. Not to be mistaken for real-life accomplishments, video games give you goals that are more attainable within a shorter amount of time. It’s extremely satisfying to kill bad guys, clear levels, hone skills and earn powerful upgrades for your virtual characters.

Besides that, I’ve always likened video games to really good movies or TV series. Games like The Last Of Us and BioShock have earned critical acclaim status for their award-worthy storylines. So for me, it’s like getting to be a part of a movie rather than just be a spectator. 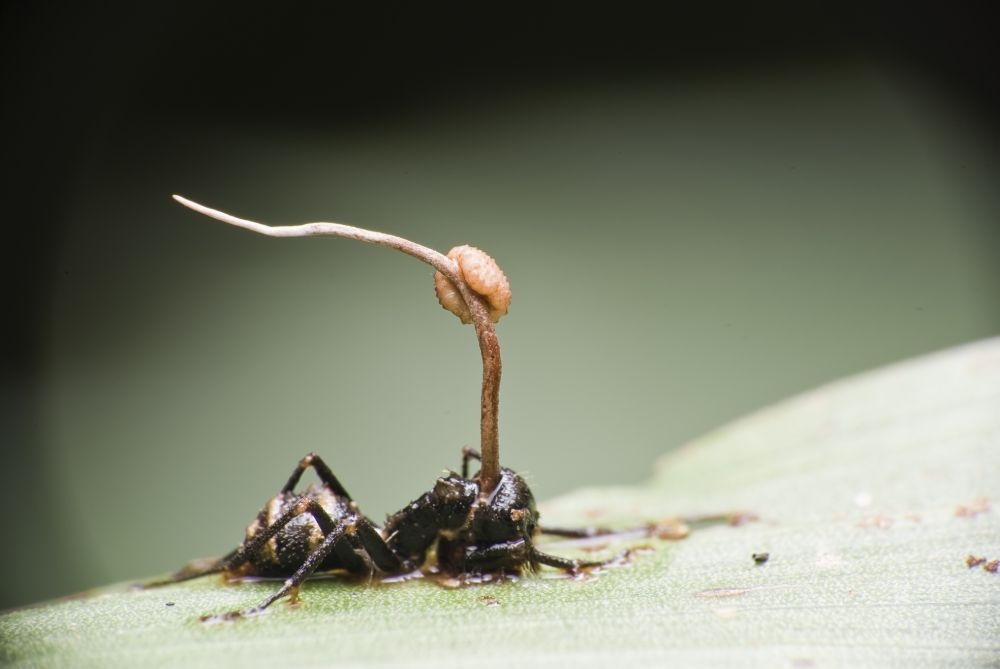 Fun fact: The cordyceps fungus was the inspiration behind the cause of the zombie apocalypse in The Last Of Us
Image credit: Mushroom Revival

There’s also educational value to video games, even though it may seem like video games are purely for entertainment. God Of War, for example, piqued my interest in Greek and Norse mythology. The Last Of Us also compelled me to read up about real-life fungi that turns insects into zombies to spread its spores. Franchises such as Assassins Creed are also rooted in actual historical events like the Third Crusade war and the background of the Colosseum in Rome
Image credit: Ubisoft Store

It’s easy to paint people with a gaming habit in a negative light. And his is amplified with all the flak we get about how it promotes isolation, violence, and bad self-care. But those who don’t play video games may not be aware of the overall positive mental relief and unadulterated entertainment it gives gamers at the end of the day.

After all, a person’s love for video games is exactly the same as anyone else’s love for things like movies, partying and travelling. Just like these activities, having a passion for video games doesn’t mean you’re bound to be a failure in life. Just find a healthy balance of self-care and indulgence and you can have the best of both worlds. 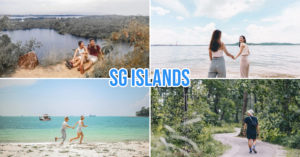 10 Singapore Islands To Explore, To Quell Your Wanderlust Without A Passport
11 Things To Do In MacRitchie Reservoir - Hiking Guide With Treetop Walk, Kayaking &...