If you were expecting Elsa, Anna, and a talking snowman, please, just let it go, OK?

You have been warned – this play is not filled with rainbows and sunshine. It sets the tone from the start, opening with a missing 10-year-old girl. As the story unfolds, it paints a picture of the reality of a paedophile serial killer.

Frozen is Pangdemonium’s third production in 2014. The shared DNA it has with the previous two productions were how they examine life-long influences parents have on their children. Early childhood abuses, gross neglect and trauma, when combined with brain dysfunction, can have devastating consequences on the individual.

These provocative theories inspired the character of Ralph and are examined in Bryony Lavery’s Frozen.

When 10-year-old Rhona goes missing, her mother Nancy (Karen Tan), retreats into a state of frozen hope. Is Nancy still stuck between “closure” and forgiveness after 20 years? Or will she seek revenge?

Ralph (Adrian Pang), a loner with a twisted history and a deadly obsession… Is he a monster? Or a misunderstood man-child?

Then there’s Agnetha (Janice Koh), a pioneer psychiatrist on the controversial theory about serial killers. Does she really believes what she preaches, even as she fights her own demons? 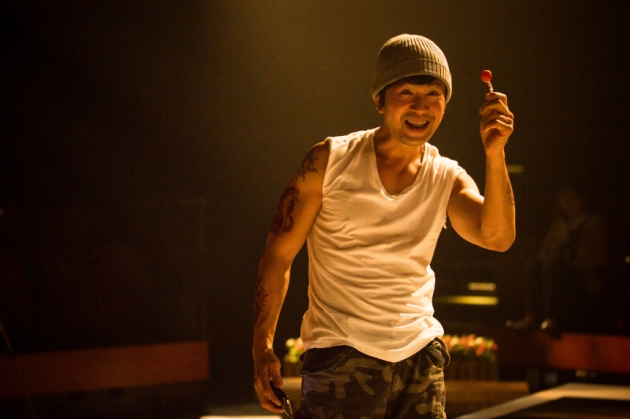 Agnetha represents logic while Ralph and Nancy represent emotions. As a psychiatrist, Agnetha’s character navigates between being professional and suffering emotional hurt from her own skeletons in the closet. It was really entertaining to watch both veteran actors, as Adrian and Karen expressed a range of explosive human emotions as the play developed.

It also puts me into the position of being the victim’s mother, Nancy. Having to go through every parent’s nightmare, and make a decision on forgiveness, exploring the ability to “let it go”. 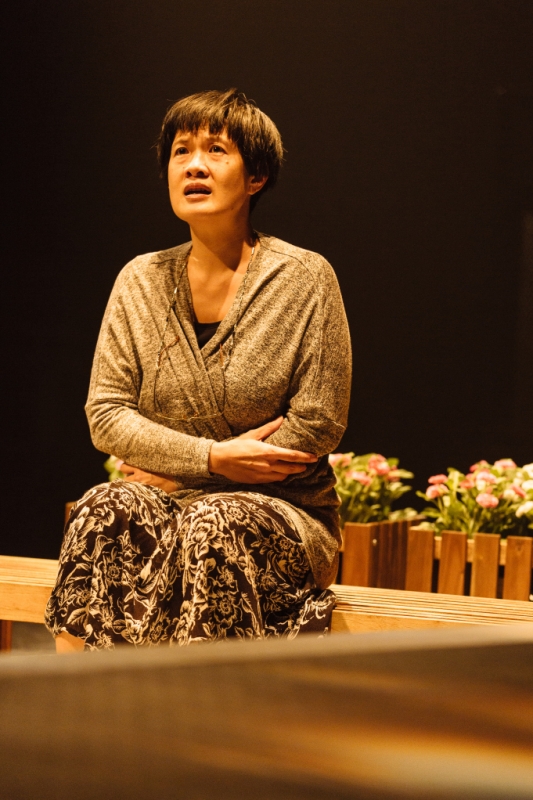 Frozen challenges our reactions and thoughts towards evil and illness, crime and punishment, retribution and redemption, and remorse and compassion. It is a tangled and twisted journey that studies the fragile human psyche and the meaning of retribution, survival and hope.

There are many monologues for the characters to speak their minds. Nancy tries to find some kind of closure but the audience is left with its own conclusion. Is there closure, or can there even be one? Is “forgive and forget” even possible in a horrific situation like this? 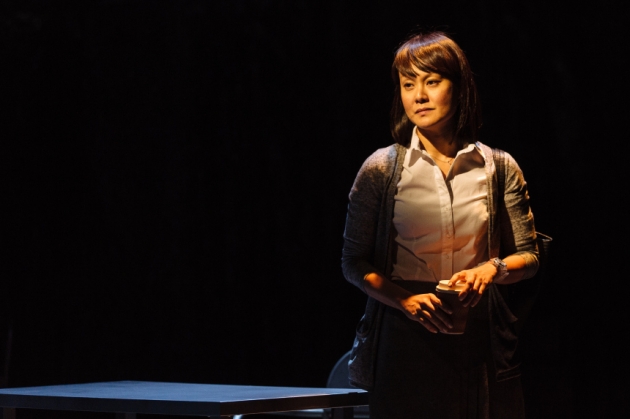 Frozen is not a light-hearted production but it stirred up thoughts that I would unlikely go through if I had not watched this. The plot stirs up debates and questions on the value of life. What is an act of evil or illness or are they excuses for the deeds of wrongdoers. Is his life worth any less than the life of the victim?

To learn more about the characters in Frozen, read our earlier interview with Adrian Pang and Janice Koh.

*Tickets are completely sold out

15
SHARES
ShareTweet
Naturopathy with Blackmores: Healthcare With a Modern Twist
Ultimate Hawker Fest 2014 - 25 Of The Best Hawkers Gather In One Place To...