So we already know that Orchard Road 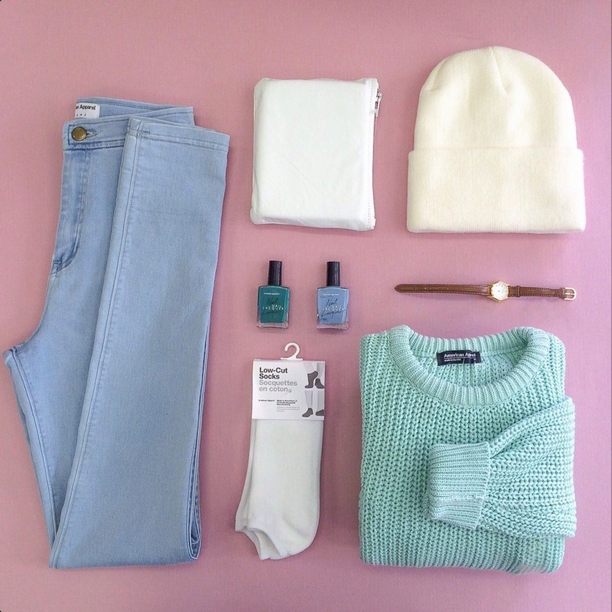 American Apparel is an American clothing manufacturer, distributor, and retailer based in Los Angeles, California, founded by Canadian Dov Charney since 1989. They have a vertically integrated business model, which means that every aspect of their operation, from design, advertising and marketing are done in-house.

American Apparel operates more than 285 retail stores in 20 countries. It is also one of the few clothing companies exporting “Made in the USA” goods and promotes labor policies that excludes use of clothing in sweatshops.

It is best known for making basic, solid-color cotton knitwear, but in recent years it expanded- to consist of leggings, leotards, tank tops, dresses, denim, nail polish, menswear, babies, and even outfits for dogs.

My friends were complaining about their price being unaffordable but that is because of their “No Sweatshop” policy. Even though our pockets will hurt, it is a policy that is truly worth paying that few dollars for. We should advocate such ethical practice and warmly welcome this amazing store to our little red dot. 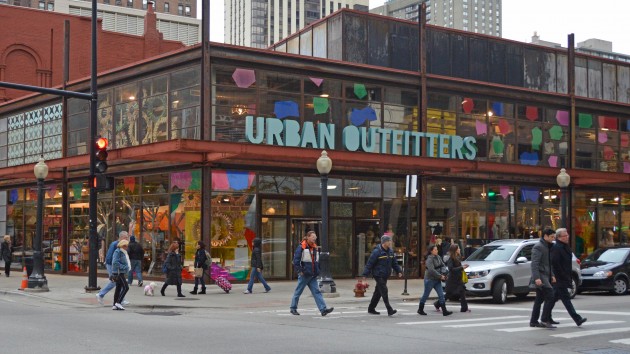 Urban Outfitters is an American multinational clothing corporation founded in Philadelphia, Pennsylvania since 1970. Apart from the United States, it operates in Belgium, Canada, Denmark, France, Germany, Ireland, the Netherlands, Sweden, and the United Kingdom. Its stock primarily consists of clothing, footwear and housewares. Their styles are bohemian, hipster, ironically humorous, kitschy, and vintage.

UO is able to capture the hearts and create an emotional bond with their main target customers of age 18 to 30. The reason behind their success is their compelling and distinct products that makes the customer feel connected.

I have to say this is one of my favourite retail brand of all time. It does not limit itself to just apparels and fashion, but sells all sort of quirky assortments. This will also be the shop I look forward to the most when I go to the UK, so I really do hope it makes its way down to Singapore soon. 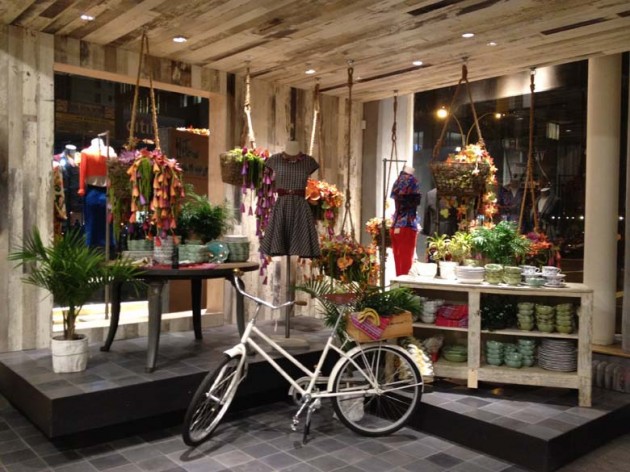 Anthropologie offers a one-of-a-kind shopping experience that makes women feel beautiful, hopeful and connected. It is one of the five separate shops manage by Urban Outfitters. They have a very similar appeal but Anthropologie is more layback and their prices are a little on the higher end.

The first time I stepped into this shop, I just knew this was going to be one of my favourite retail brand. It had a very tranquil atmosphere and together with the songs they played, it was a match made in heaven. You can imagine how devastated I was to leave, so please bring this to Singapore, I will live in it. 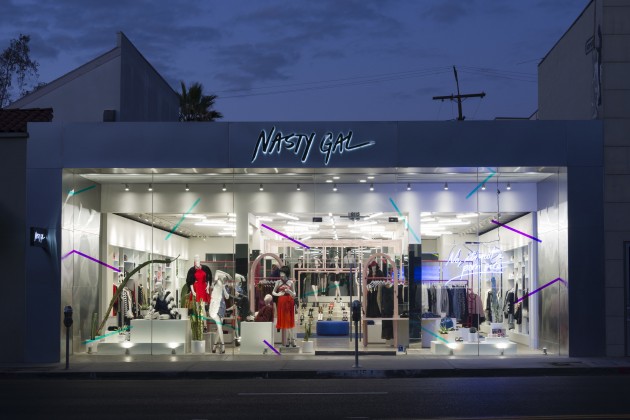 Nasty Gal is an American retail founded by Sophia Amoruso in Los Angeles, 2006. The store name was inspired by the song and album, produced by Betty Davis.It all begin when Amoruso launched an ebay store in San Francisco selling highly curated selection of vintage pieces. In just five years, the shop expanded to become an international style source for new and vintage clothing, shoes, and accessories for young women.

Nasty Gal is a destination for fashion-forward, free-thinking girls, who aren’t afraid to pull off platform thigh-high boots with confidence. Their official site are filled with vibrant clothing pieces that are for those who wants to stand out from the crowd and be unapologetically bold.

Some of my friends were just raving to me about this store a few weeks ago. And based on the number of likes my friends on Facebook gave to the Nasty Gal page, I am sure this shop will be entertaining long queues in their stay here in Singapore. 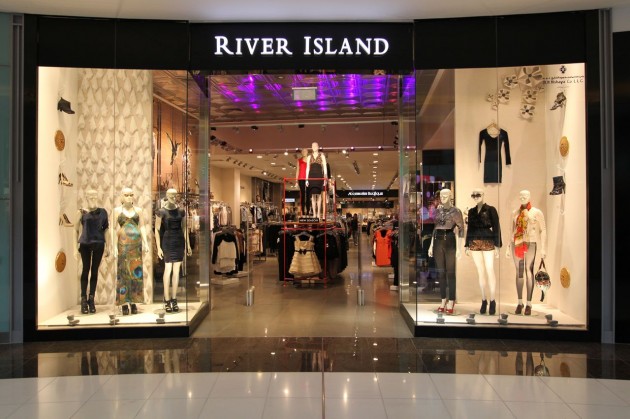 River Island is a London high street fashion brand, set up in 1948 by Bernard Lewis and his brothers. Till this day, it is still a private company owned by the Lewis family. They feature a collection of sophisticated pieces of clothing, footwear, accessories for men, women, boys and girls.

It has over 300 stores in the UK, Republic of Ireland, South Africa, Russia, the Netherlands, Poland, Belgium, the Middle East, Ukraine, Georgia, Armenia and an online store that ships to over 100 countries worldwide.

There used to be a physical River Island store in Singapore, but our happiness is short lived. As of 2012, it has only been made available online. This is because in 2013, online fashion retailer Zalora became the bridge between River Island and most of South-East Asia. If I could make a street protest, I will do it to bring River Island back on our island. Now, who is with me? 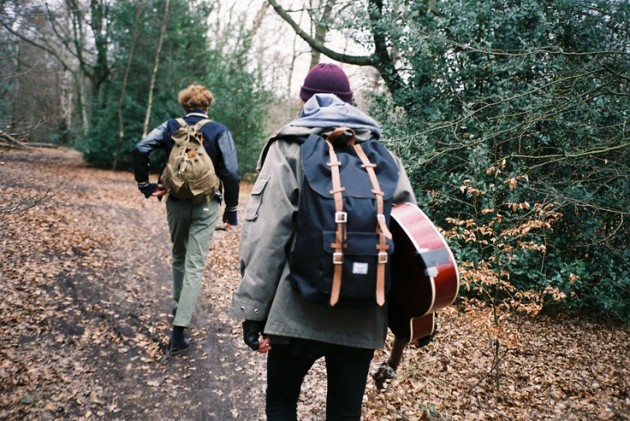 Herschel is founded in 2009 by brothers Jamie and Lyndon Cormack. The name of their company is adopted from the name of a small town in Scotland where three generations of their family grew up at. Herschel Supply Co. is based in Vancouver, Canada and manufactures the finest quality backpacks, bags, travel goods and accessories.

Their goal is to create timeless product with a fine regard for detail. This is an asset which many Herschel users can relate to. So instead of having to go through the tedious process of shipping, we can cut down on all the hassle by having a physical store in Singapore.

When I stroll down the street, I will see at least 3 or more Herschel products in a day. This brand is getting more popular by the day and having a store here will definitely boost their name even more. 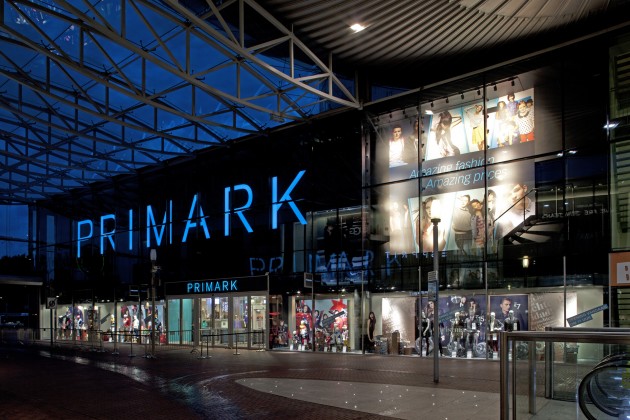 Primark is an Irish clothing retailer establishing in the United Kingdom, Austria, Belgium, France, Germany, Spain, Ireland, Portugal and the Netherlands. It offers a diverse range of products, everything from accessories, kids clothing, to womenswear, menswear, homeware, footwear, beauty products and confectionery.

The first thing that comes to mind when you ask those who have been to Primark is that it is – cheap. They sell fashionable clothes at a lower cost in the market. However, the price does not compromise its quality. A majority of their products are relatively durable if you take care of them.

This is one of the shops people flock to when they are overseas, I am sure it will do very well in Singapore too, since many will be willing to splurge on shopping. 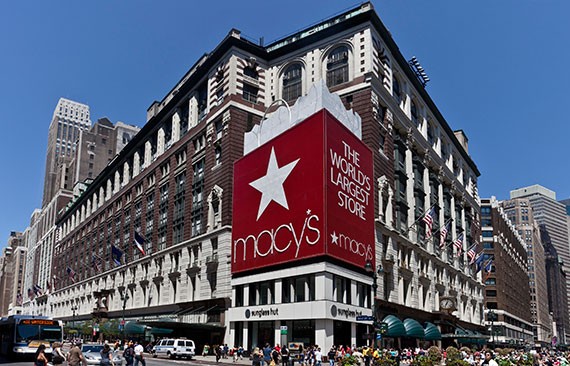 Macy’s is a mid-range department stores chain owned by American multinational corporation Macy’s, Inc. It is one of the two distribution owned by the company, with the other being the affluent Bloomingdale’s. They are spread out to about 825 stores in 45 states. Their specialty is its niche in popular culture and the variety of its merchandise.

How unfair it is to just keep this gem in the United States, they need to share some love to Asia countries like Singapore too. We have our GIANT or Mustafa Center but they won’t be able to satisfy our western needs. Especially since we are known to be a shopping paradise, I can foresee my family and friends to frequent this place.

Wal-Mart is an American multinational retail corporation that operates a chain of discount department stores and warehouse stores. The company was founded by Sam Walton in 1962 at Bentonville Arkansas. Their business operates on Sam Walton’s visionary leadership, focused on helping customers and communities save money and live better.

They feature a great selection of high-quality and variety of merchandises, friendly service and ‘Everyday Low Prices’. From the sound of it, if Wal-Mart was to come to SIngapore, they will easily take over our neighbourhood hypermart like NTUC Fairprice, GIANT or Cold Storage. 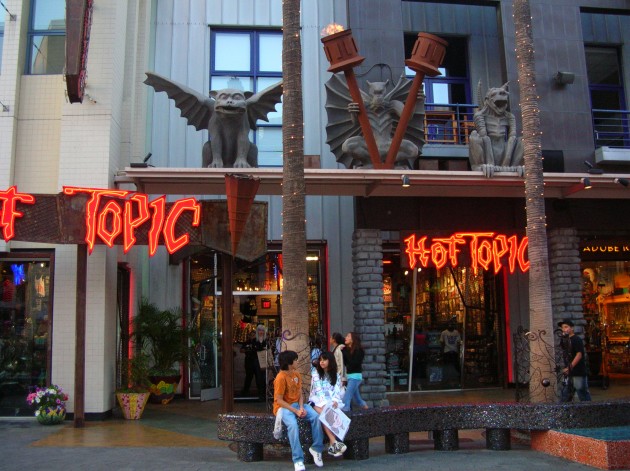 Hot Topic is an American retail chain specializing in music and alternative culture-related clothing and accessories. It was opened in 1988 by Orv Madden, who retired as CEO in 2000, and was replaced by Betsy McLaughlin till 2011.

As its name suggested, this store has products of the latest topic and pop culture. Many hardcore band fans will be delighted to have this here, a place where they can have easy access to band tees.

Why You Eat Healthy, Sleep Early, But STILL Get The Flu
10 Reasons To Book A Flight To Ipoh Right Now