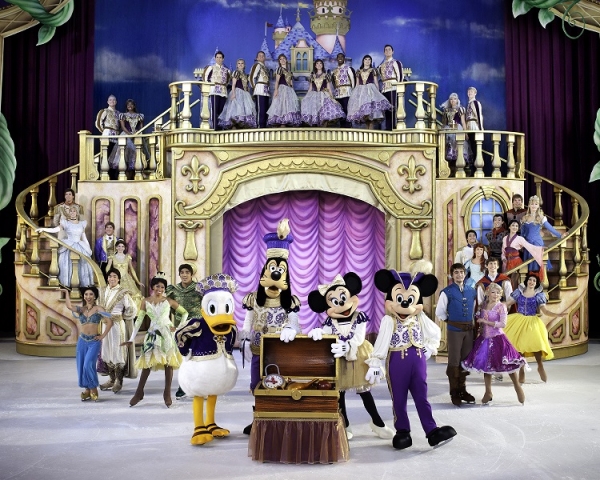 For the past two days, I’ve been listening to classic Disney songs…and shamelessly singing along to them. I’m sorry Hevina for annoying you the past two days. All of you may think I’m crazy but really, I was just getting hyped up for it. This is my childhood and I couldn’t wait to relive it. After sitting through 90 minutes of magical moments yesterday, I think I’m going to be slightly Disney crazy for the next few days…oops.

Upon reaching the Singapore Indoor Stadium, I was impressed by the little kids who took time to dress up as their favourite Disney characters. Of course many girls came as Princesses, and there were boys who came as Spiderman and Ironman as well. Those aren’t Disney at all…but they were super cute. I even saw one little boy who came as Nemo! Best costume award ever. Kudos to all the parents who went all out to help dress their kids up. Speaking of costumes, the cast costumes were beyond amazing as well.

I was expecting a proper storyline, with a plot and climax for this musical considering it’s title is Treasure Trove. I thought all the Disney characters were going to come together and find treasure but how wrong I was. There was no overarching storyline, each sub story is just a retelling of the Disney films we already know. 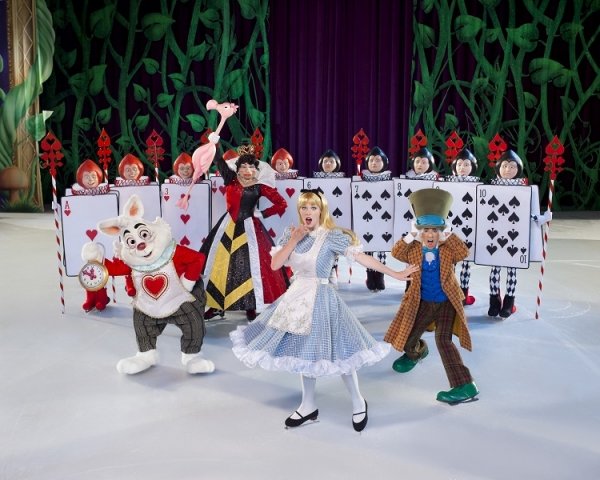 The cast of Alice in Wonderland. I love the Army of Cards’ costumes!

The first half was a bore for me. It featured less popular Disney characters such as Alice in Wonderland as well as Peter Pan. I love them both as films but their songs aren’t that popular with the masses and it seemed quite draggy. Toy Story opened up the whole musical and they tried their best to hype the kids up but like I said, their films are popular but their songs are not. 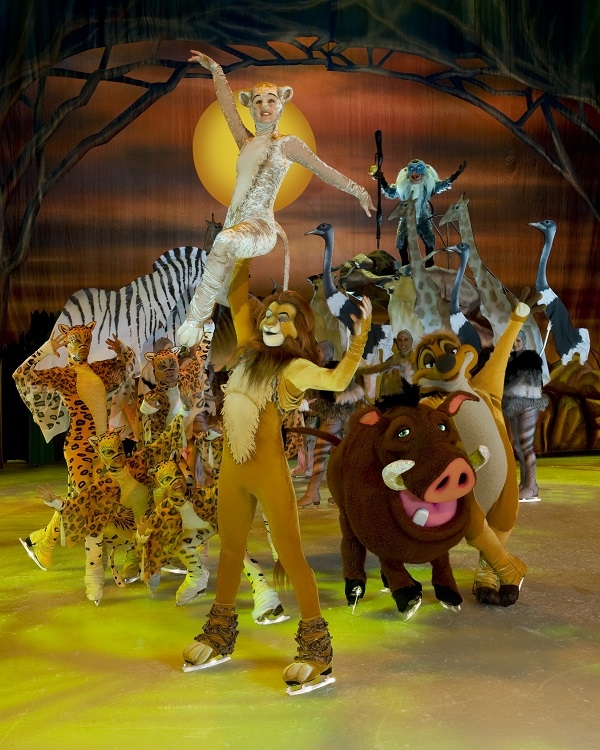 The cast of The Lion King featuring the ever lovely Timon and Pumbaa.

The second half was so much better because it finally featured some Disney princesses. The highlight of the second half for me was definitely Lion King, hands down. I grew up watching that and just last year, had a Lion King marathon with my beloved classmates. I was quite upset when they included the scene depicting Mufasa’s death. How could they make me go through that all over again? 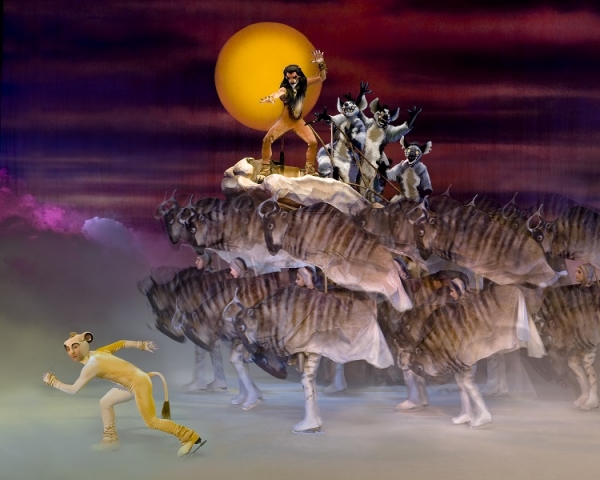 The saddest scene in the entire Disney history. *bawls*

But I know it was a crucial part in the development of the story so I forgive them. I think the children connected well with the Tangled and Princess and the Frog parts of the musical because those are the newer Disney films. During the musical, some kids even got the chance to get involved! Four kids were spun around the skating rink in a little teacup during Alice in Wonderland while another lifted a lantern with the help of Rapunzel and Flynn. Lucky…

I really liked how the set was quite minimalistic. There were hardly any props, maybe because it would be a hassle when they’re skating. They even reused the main backdrop for most of the stories. I especially loved the huge crocodile in Peter Pan as well as the elephant in Aladdin. I loved how they managed to get Peter Pan and Tinkerbell as well as magic carpet in Aladdin to FLY. That did not disappoint at all. 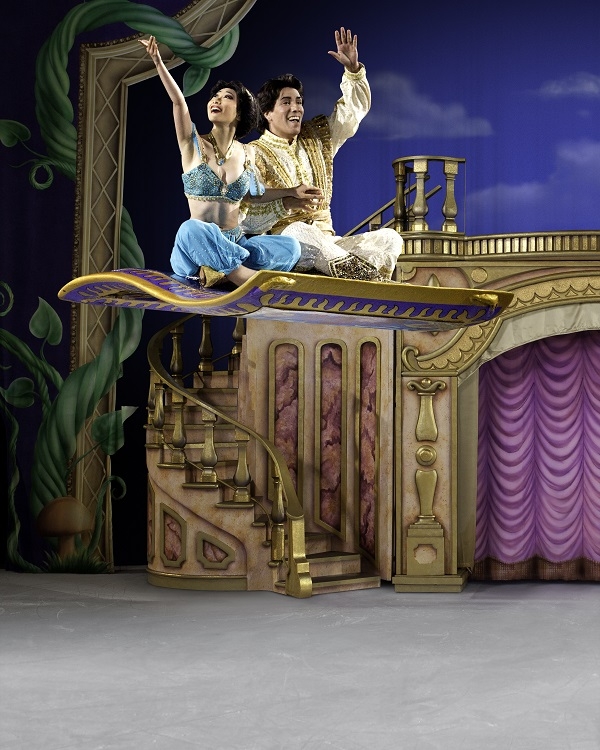 I can open your eyes, take you wonder by wonder. Over, sideways and under on a magic carpet ride~ 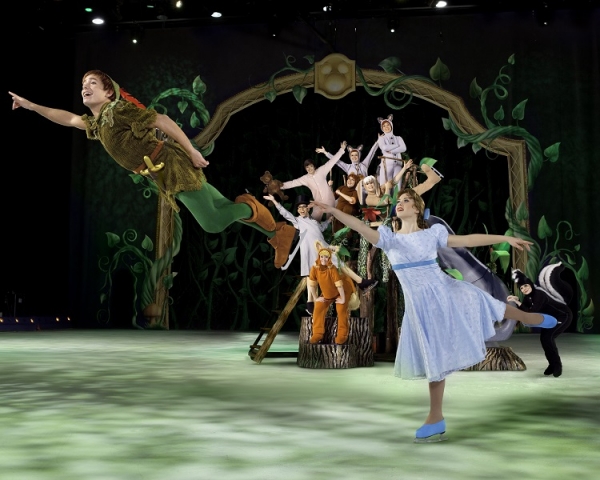 Since it’s Disney on ICE, I can’t not talk about their sleek skating moves right? I was thoroughly impressed with their skating stunts, especially of the Disney couples. They executed the stunts so effortlessly, I’m jealous. Considering that most of the audience is made up of young children, I don’t think they understand the beauty of the stunts. Most of those who clapped in awe were the adults. 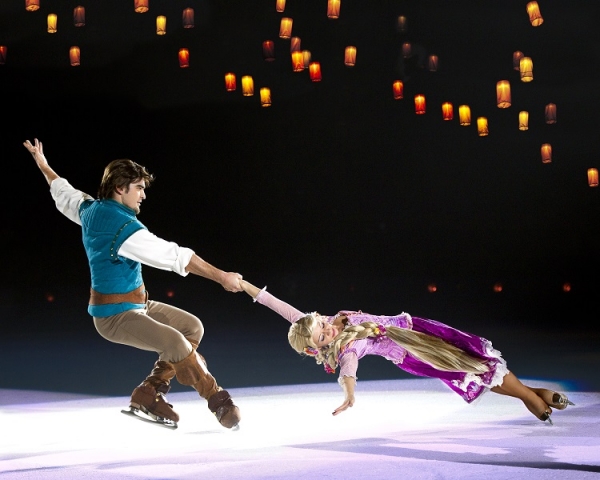 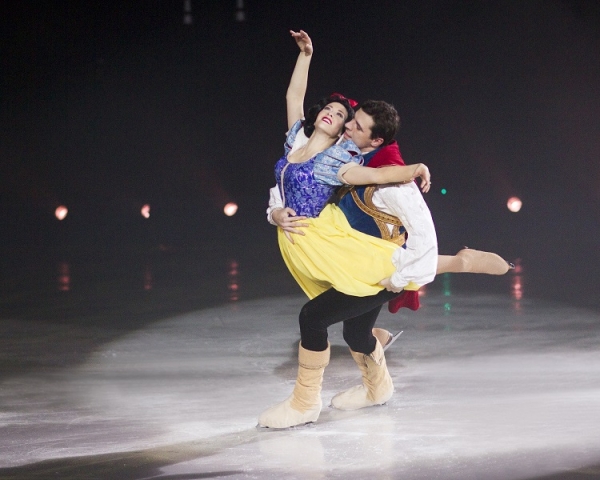 All in all, Treasure Trove was quite amazing. It would have been better if they included sub stories of the badass Mulan or of the latest Disney film Frozen. It’s definitely a great show to take your kids to, they will absolutely love it.

You’ll be treated to a slew of skating stunts as well, so if you’re a bit older you won’t be bored!

If you’re interested to watch Disney on Ice presents Treasure Trove, tickets can be purchased online at sportshub, via the tickets hotline +65 6333 5000, by visiting the Sports Hub Tickets Box Office, or any Sports Hub ticket outlet at all SingPost locations.