Millions of Singaporeans use hundreds of bus stops every day, but rarely do we stop to take a second look. After all, more and more bus stops are turning into boring cookie-cutter grey shelters, with the exception of Jurong’s one-of-a-kind bus stop with Wi-Fi and phone charging booths. But if we take our focus away from the buzz of our phones, we’ll find there still exist a few peculiar stops.

Here’s to taking a step back from the fast-paced life and observing the little quirks around us. Read on, and be surprised by these non-mainstream bus stop designs that still exist but are slowly disappearing from our sights. 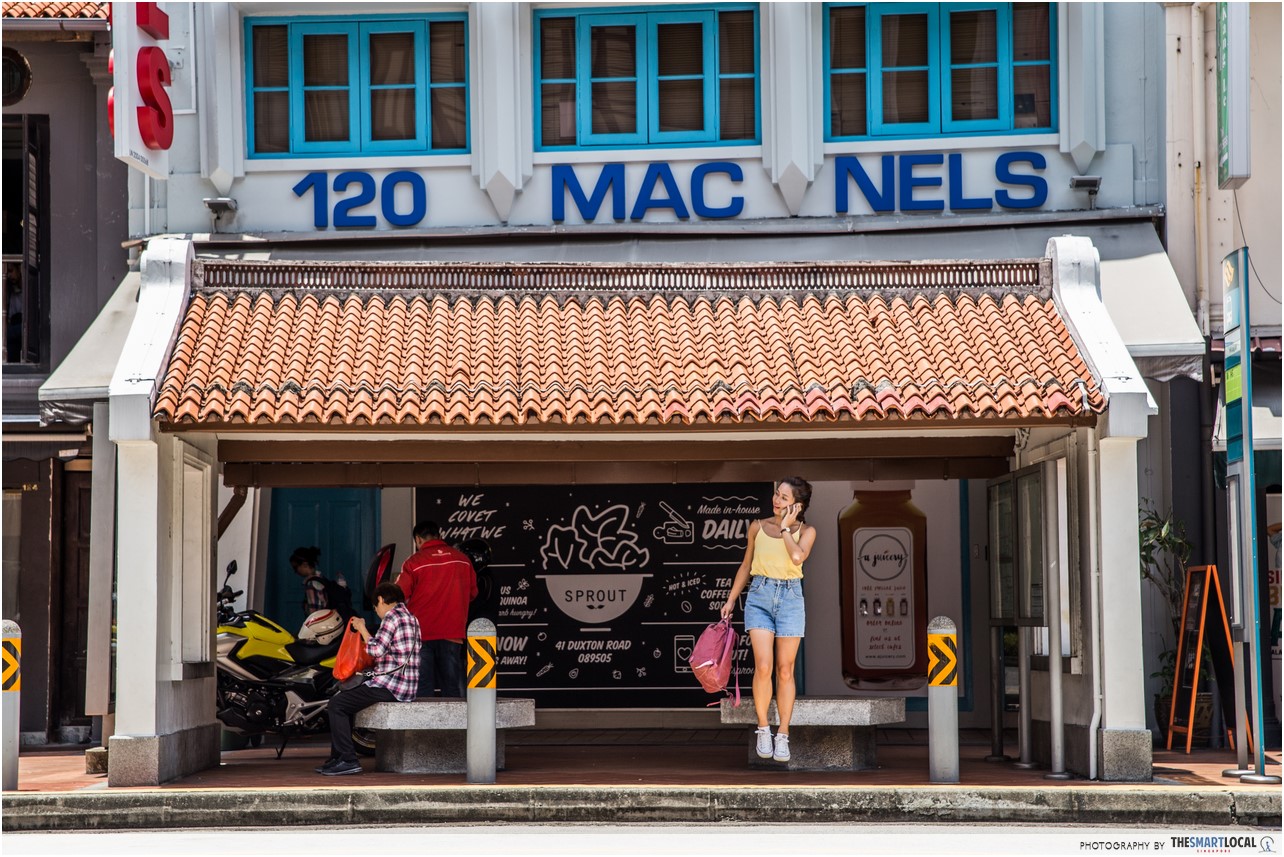 This concrete bus stop disguised as a tiny house was a design built in the 1970s, and it’s believed to be the sole remaining one of its kind! Located after Craig Road, the Land Transport Authority decided to preserve its nostalgic structure after an online survey on the Straits Times conducted in 2008. Good move, LTA. 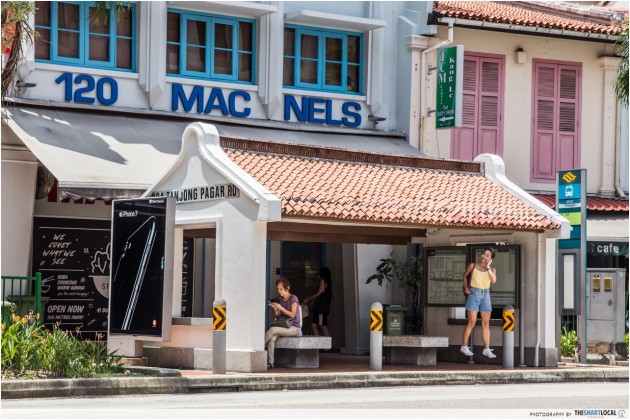 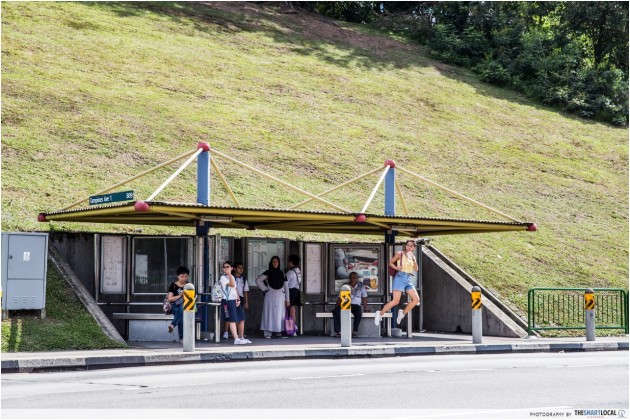 Located in the far east of Singapore, Tampines is foreign to those who don’t live in the area. Perhaps only the gigantic IKEA warehouse will ring a bell. But we’ve discovered Tampines roads are uniquely paved with the quirkiest bus stop designs – these red, blue and yellow structures will surely brighten up your day. 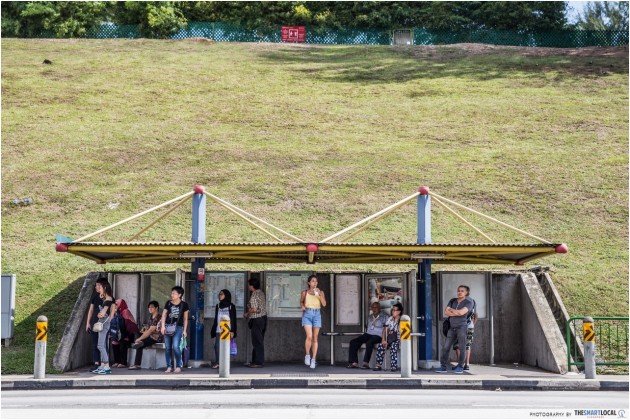 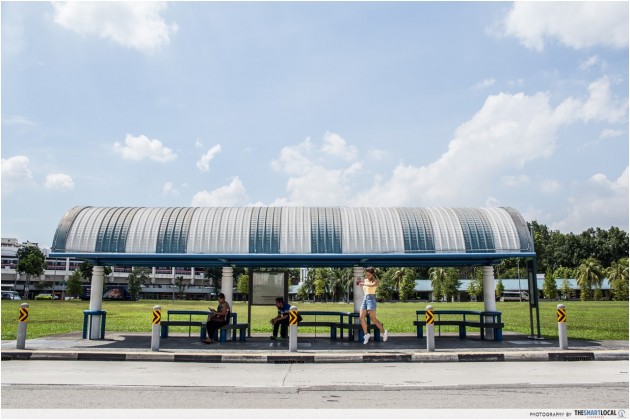 All NS men and their loyal girlfriends will recognise this bus stop – the drop-off point for BMT boys after their first taste of being tekan-ed at Tekong. While it may bring back dreaded memories for some, these timeless patterns add a dose of liveliness to the otherwise plain streets of Pasir Ris. 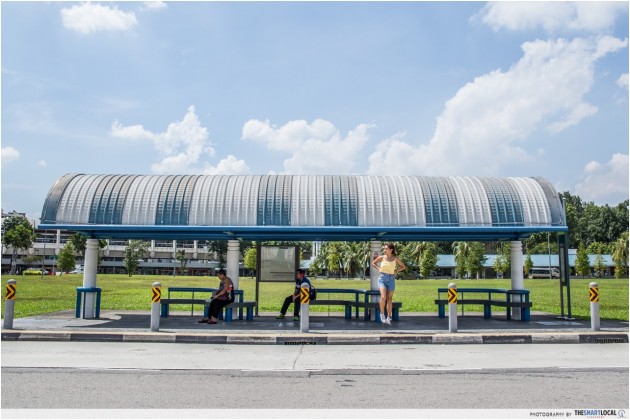 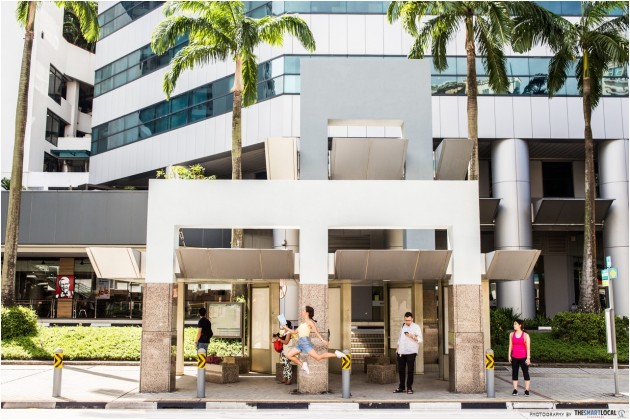 Now here’s a weird structure that I can’t wrap my head around. With a distinctive three-pronged design, it looks like the bus shelter is only kept down by a giant fork! With such a huge landmark as a bus stop, you’d be assured of never missing your stop if you stay at Valley Point Condo, that’s for sure. 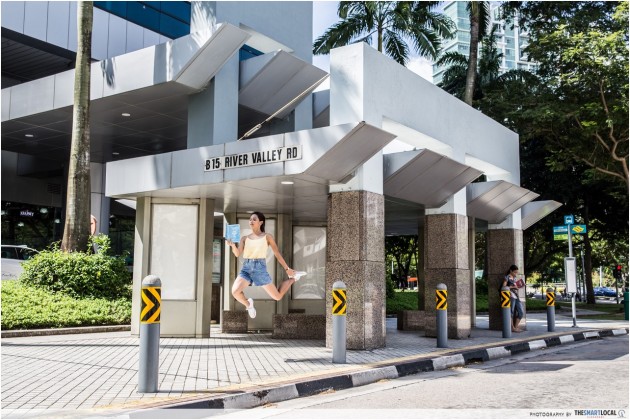 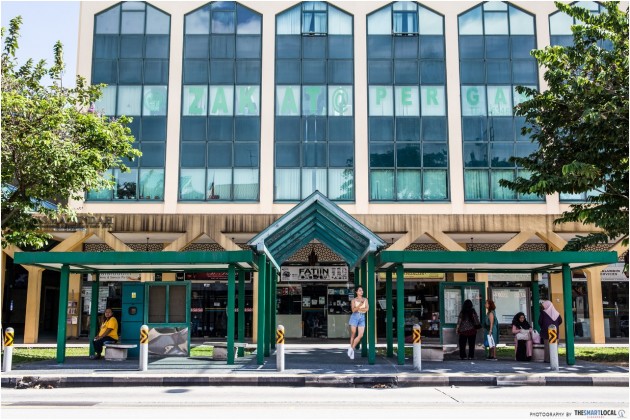 This is one wicked green bus stop. While some might say colour is just for visuals, but colours also have the ability to convey multiple layers of meaning. This bus stop, for instance, is situated right in front of Masjid Kassim mosque. No one knows for certain why green was chosen, but it’s likely a symbol of respect, as green is a very significant colour in Islam. 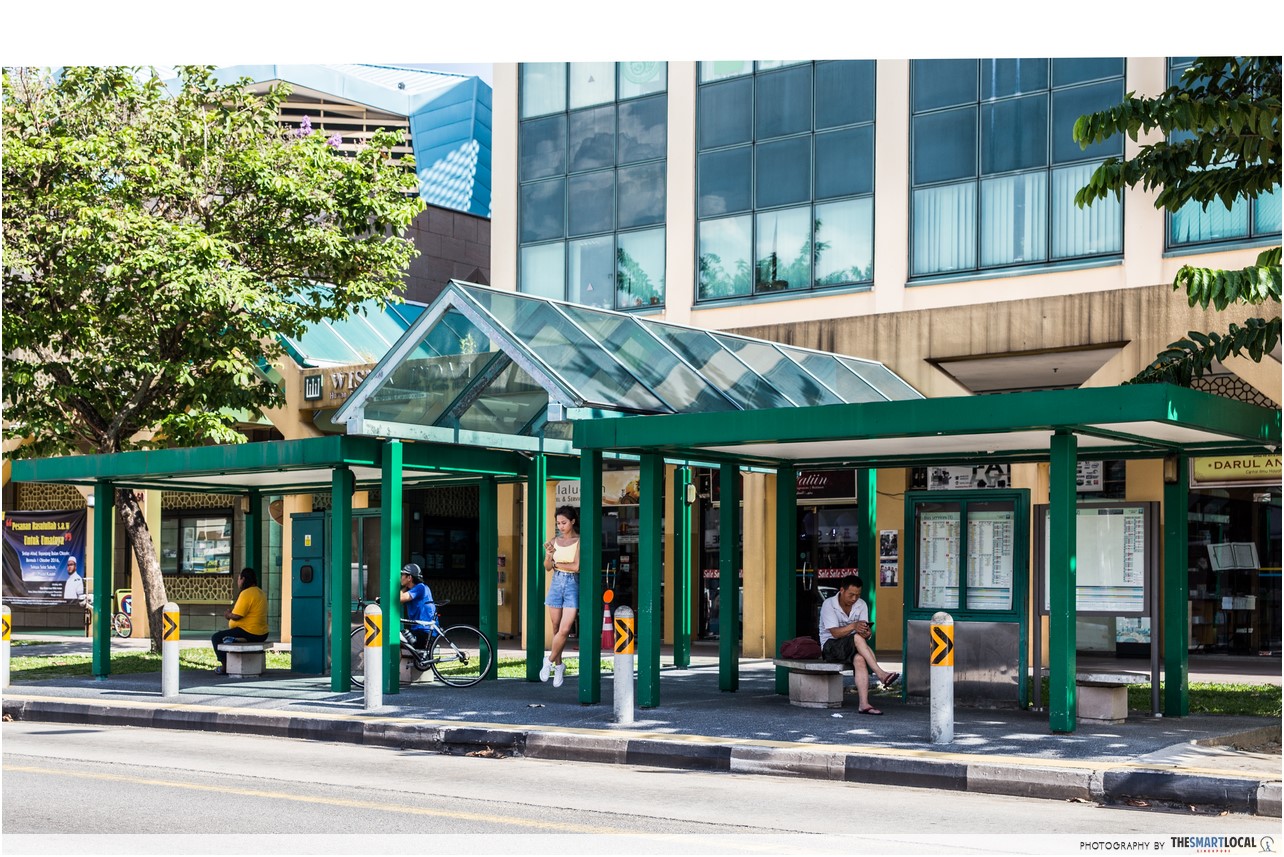 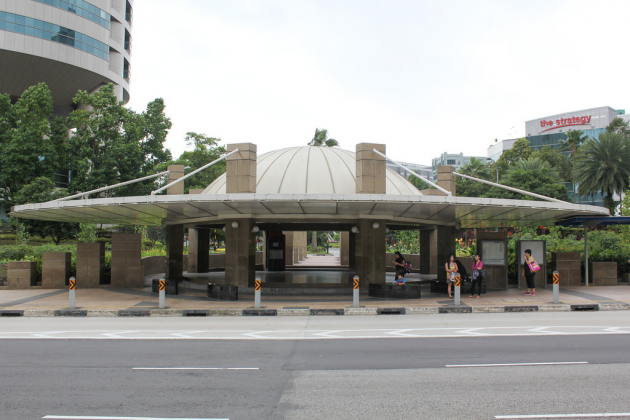 Is it a bird, is it a plane, or is it a UFO? This spaceship designed bus stop appears out of place until you discover the building that stands beside it – The Synergy Business Park Building. Built for the purpose of R&D, knowledge-intensive and backroom operations, it comes as no surprise the attached bus stop looks this futuristic. 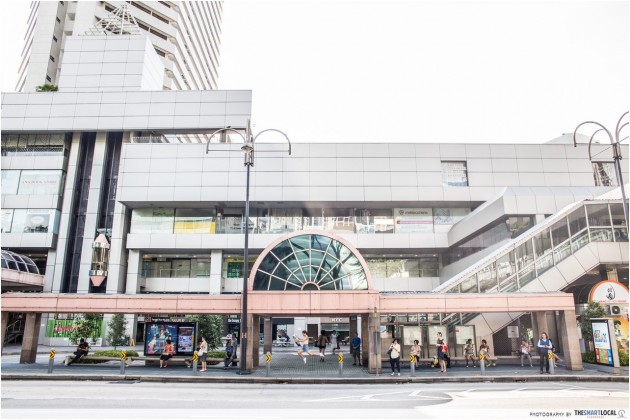 If we played a game on guessing where different bus stop designs were located, this one would be a giveaway. As long as you’re not a hermit, one look and you’ll immediately recognise that it’s located at Far East Plaza – home to our teenage haven for cheap clothes and manicures, and arguably the best salmon aburi rolls since 2012. 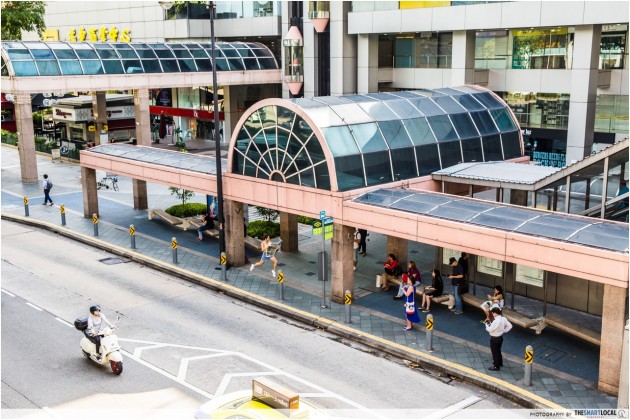 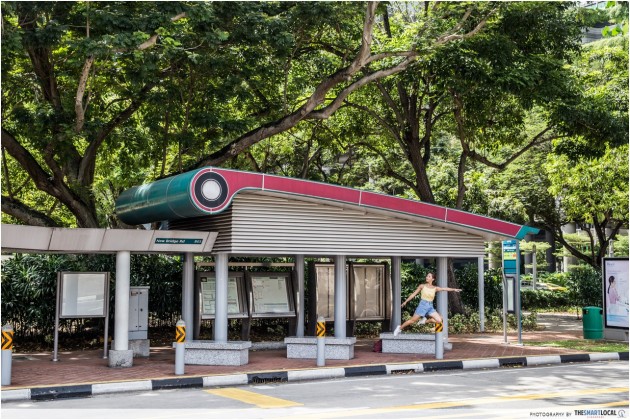 Hong Lim Park is a controversial space – the only venue in Singapore where public protests are allowed and the area where Pink Dot has been held for the past 8 years. So it’s only fitting that the bus stop design here, whether intentional or not, is a little out of the ordinary. What it symbolises is entirely up to your imagination. 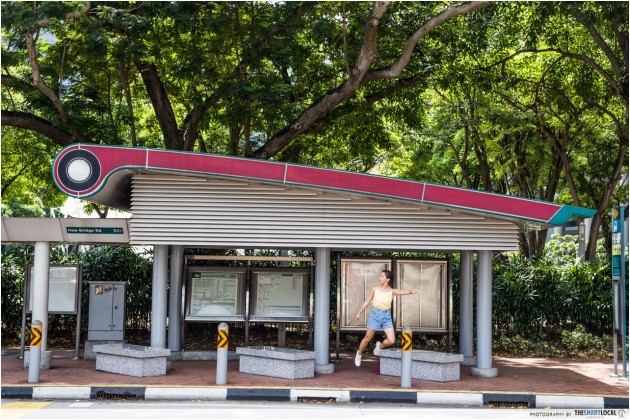 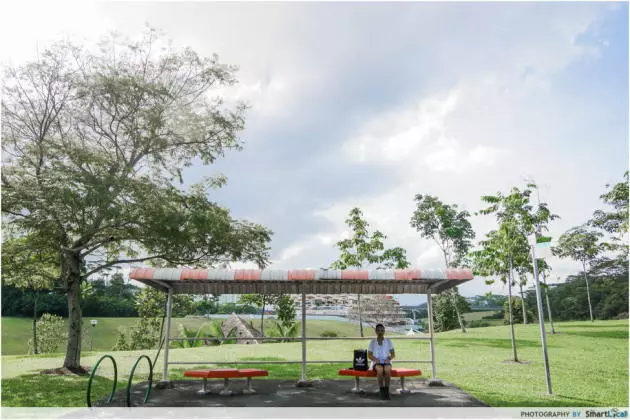 And how we miss out the iconic orange-and-white bus stops that once lined Singapore’s streets in the past! While most of these brightly coloured stops have been replaced, there are still some around today in areas such as Lim Chu Kang and Jalan Kayu. Fellow photography lovers can also head to Punggol Waterway Park to get a snapshot of this old-school stop against a picturesque backdrop! 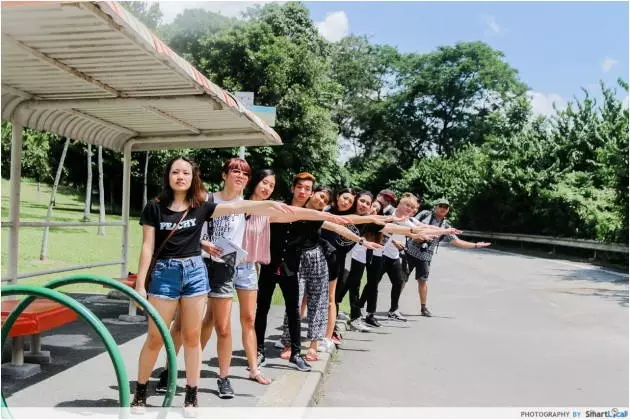 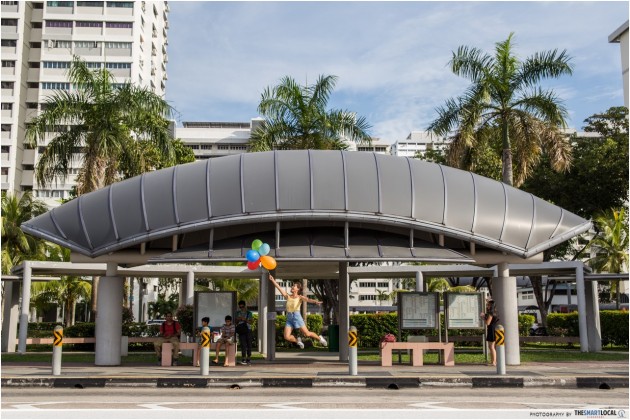 Unless you take a step back, you’d probably have passed this stop off as another boring grey shelter. But take a minute to take it all in, and the stark contrast between structures in this image is bewildering. From HDB blocks of the heartlands in the background, to Marine Parade’s distinctive palm trees reminiscent of a beach getaway, and a bus stop seemingly lined with a coat of armour, there’s a multitude of things to observe here. 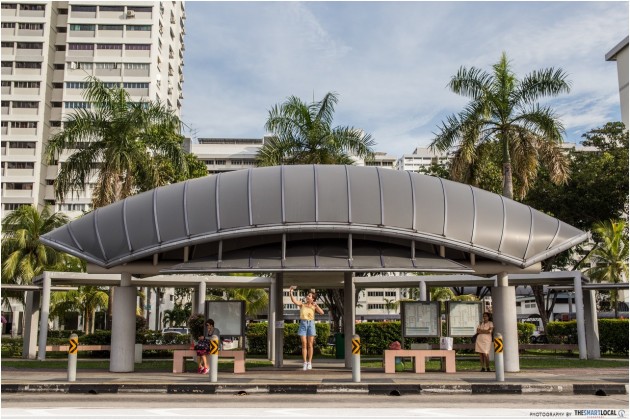 You might have seen many cold, metallic bus stops, but don’t dismiss all of them as plain ol’ boring. While many of them are increasingly built for functionality, there remain numerous bus stops with character and hidden stories to tell.

Next time you’re on the bus, look out the window and take a second look at the bus stops lined up along the street. If you spot an interesting one, let us know in the comments below! 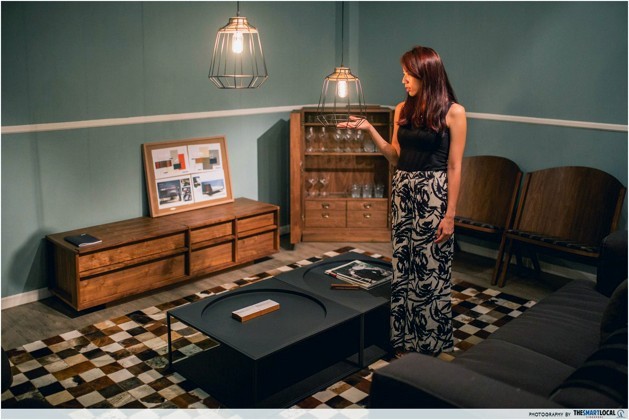 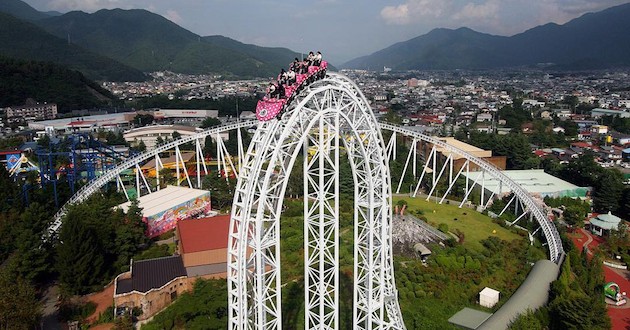