No matter how many years someone has spent driving, they’re bound to make a mistake or two on the road. We’re not even talking about major fender benders. Simple oopsies like not checking your blind spots to forgetting your CashCard at home – and only realising when your IU beeps at the ERP gantry – can happen to even the most experienced motorists.

We asked around to find out some of the most common mistakes fellow Singaporeans have seen drivers make on and off the roads.

Note: All images taken are for illustrative purposes only, and were done under safe road conditions.

Check out other similar articles: One of the most basic things taught by driving schools is to not chiong through a yellow light; I can still hear my instructor drilling this into my head. Yet the occasional roadster who thinks they drive an F1 racing car will still step on the accelerator whenever the traffic light turns from green to yellow. It’s better to be safe than sorry, especially when it’s rush hour on the roads.

2. Not slowing down in rainy weather or on wet roads It’s instinctive to slow down when driving on wet roads. However, some drivers still drive fast despite rainy weather conditions which leads to aquaplaning. Also known as hydroplaning, it happens when there’s a layer of water between the road and your tyres, preventing your tyres from gripping onto the road properly.

It usually happens without warning, and you’ll feel as though you’re “floating” yet you have less control of your steering. If you ever find yourself in that precocious situation, don’t immediately slam down on your brakes as it’d be too late and your car might skid further. Instead, you should ease off the accelerator and keep your steering wheel straight to regain control of your car. Getting to your destination before the estimated time on Google Maps is one of life’s little pleasures. But it shouldn’t be coming at the cost of you getting a speeding ticket from the traffic police. Yes, the mata and their speed cameras don’t really give a hoot about that “10KM/H over or under” rule you might abide by in your own sweet time.

4. Forgetting to put the CashCard in the IU Here’s a fun fact: the in-vehicle unit (IU) is a feature unique to Singaporean cars only, and all drivers here would be familiar with how it’s used to pay for the ERP and parking spots around the island. There’s a monotonous beep it makes whenever you’ve successfully paid your dues and life goes on.

But if you forgot to put it back after topping it up, the IU makes an alarming beep instead. Not paying for the ERP can be solved by paying your fine, but not being able to enter a car park is an even bigger inconvenience.

Savvy motorists would already know that some cards like the NETS Motoring Card have an auto-top up feature to give you better peace of mind on the roads. You can even set up a Virtual CashCard that ERP gantries will deduct from even when your IU is empty. There’s no excuse for them to hear the dreaded beep from their IU.

5. Honking at other road users because of road rage 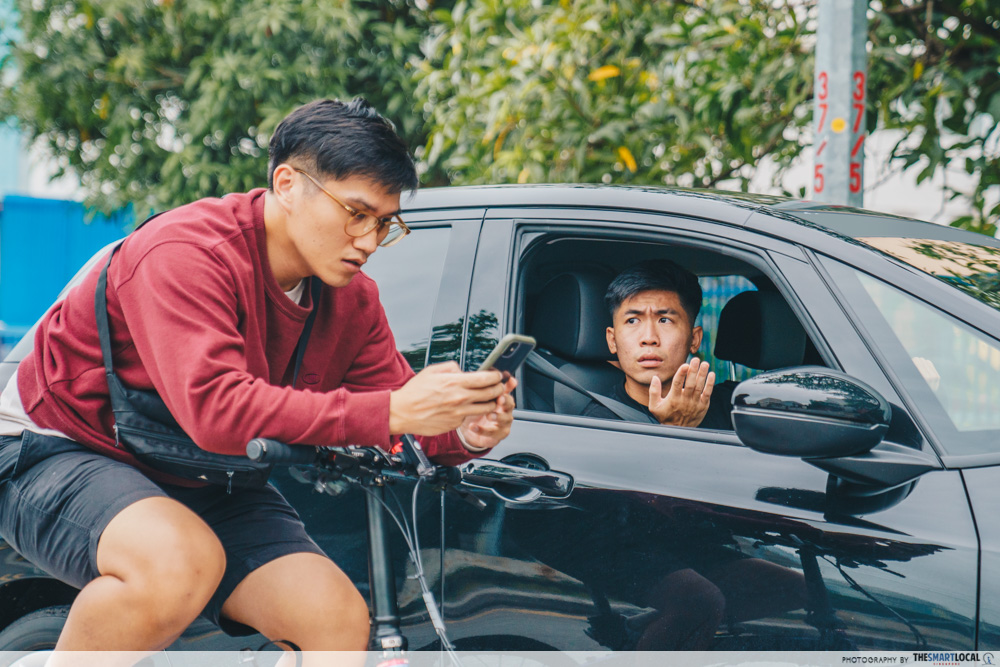 We get it – sometimes driving on the road can be stressful, especially when you’re in a rush. But honking non-stop at other road users isn’t exactly a replacement for a stress ball.

While honking isn’t illegal per se, the Highway Code advises that the horn only be used to warn other road users in the event of an imminent accident or during an emergency. Also, it’s free to not be a nuisance on the roads. Tailgaters – we’ve all encountered them at some point on the road, or we might even be guilty of being one ourselves. Whether it’s because they’re kiasu, kan chiong spiders, or simply don’t know what personal space is, they’ll have a bigger problem on their hands if they accidentally end up rear-ending you.

Tailgating can quickly turn from annoying to dangerous in an instant, especially if the driver underestimates how much time it takes for their car to brake. The rule of thumb is to have a 2-second distance between cars; 4-seconds if it’s raining.

You should also be particularly cautious when driving on expressways as smooth traffic can turn heavy in a snap, and you don’t want to have to jam brake at the very last minute.

7. Not checking the blind spot as they’re “not blind” 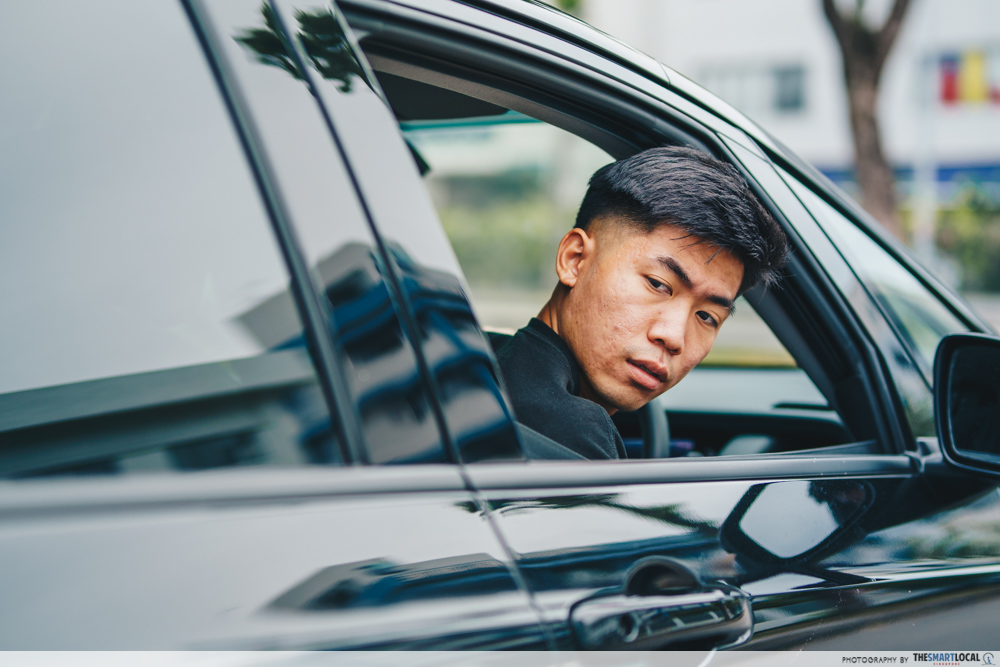 Another habit that all driving instructors inculcate into our memory is to always check our blind spots whenever we’re changing lanes, stopping our cars, and moving off. However, it’s easy to get complacent the more experienced we get on the roads, and sooner or later we’ll forego these routine checks.

There’s no excuse to not do a quick glance over your shoulder, just to make sure there are no oncoming vehicles before you change your lane or press on the accelerator. You should also make sure your side mirrors are adjusted correctly to minimise the blind spot areas in your vision.

8. Forgetting the bus lane timings because who remembers them? 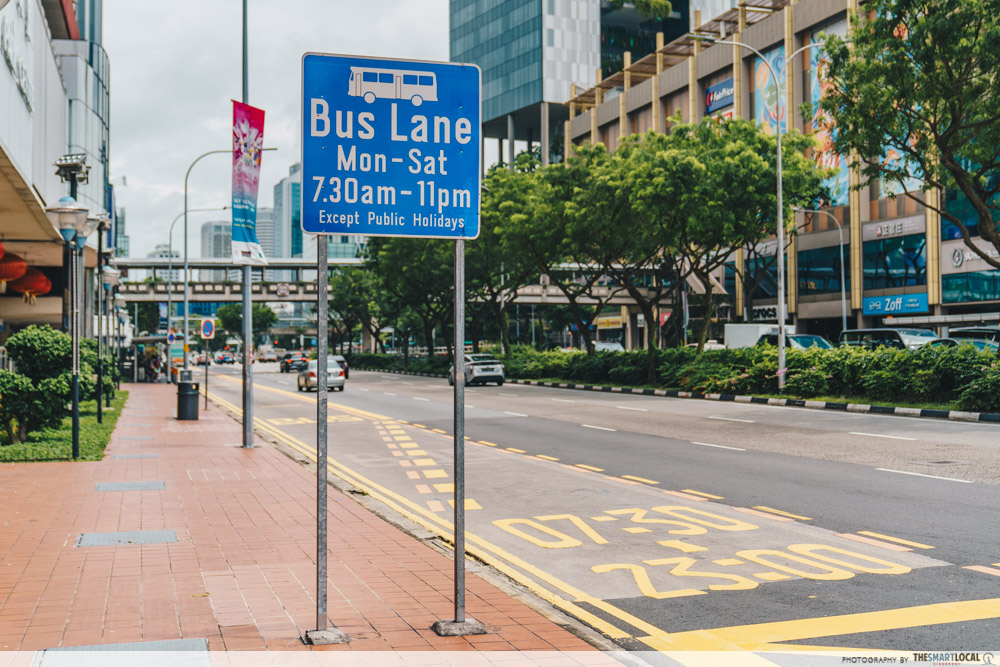 That empty bus lane in rush hour traffic is one of the road’s greatest temptations, but we wouldn’t risk it for the biscuit. With traffic wardens hiding in every corner and buses equipped with cameras to catch you, dipping into the bus lane when you’re not supposed to is not worth the $130 fine. It’s also one of the most common fines drivers kena in Singapore.

To make it easy on you, here’s what you have to know about bus lanes:

9. Not using the turn signal 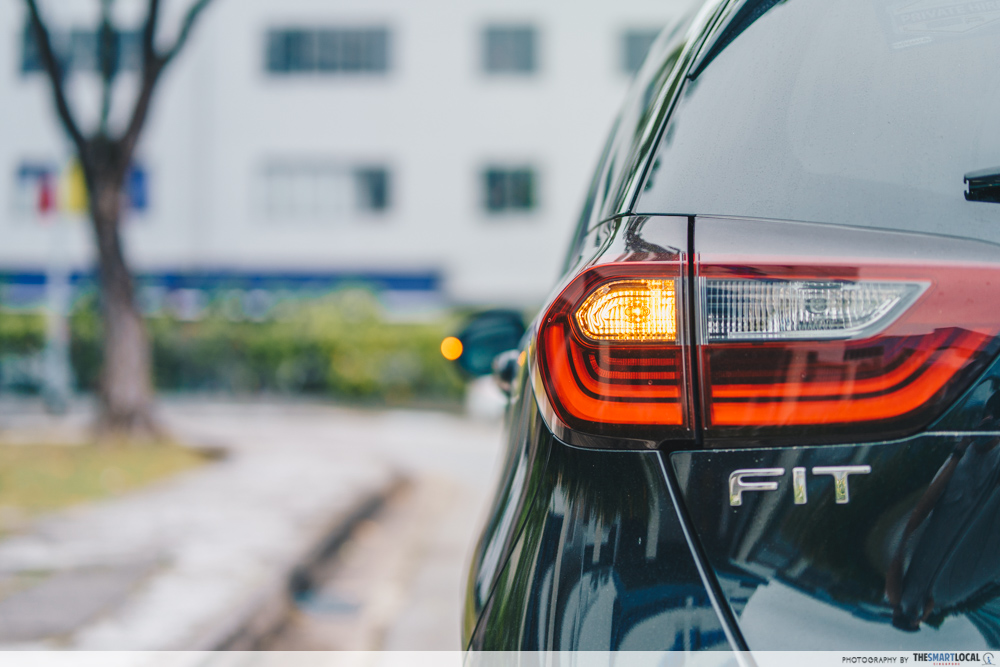 “WHY?” a colleague exasperatedly asked in our group chat when the topic of drivers not signalling came up. Apparently it is a recurring issue that plagues our roads, as it’s a case of “monkey see, monkey do.” If one driver sees another driver not signalling, they’re inclined to feel that they can get away with it too.

That’s where we have to be party poopers and remind everyone that failing to signal is an offence. Not indicating your intent on the roads can be dangerous as it might cause an accident with other motorists, and nobody wants that to happen.

10. Going against traffic in multi-storey car parks or roundabouts Singaporeans are an efficient bunch. Sometimes we’re too efficient and we take shortcuts like driving in the opposite direction in a multi-storey car park just to save some time.

Yes, we know, it’s troublesome to drive all the way to the other side of the car park just to go up a level. But if you come head-to-head with a car going the correct way, you’ll end up on a Facebook page as that driver disobeying road signals and blocking traffic for everyone. 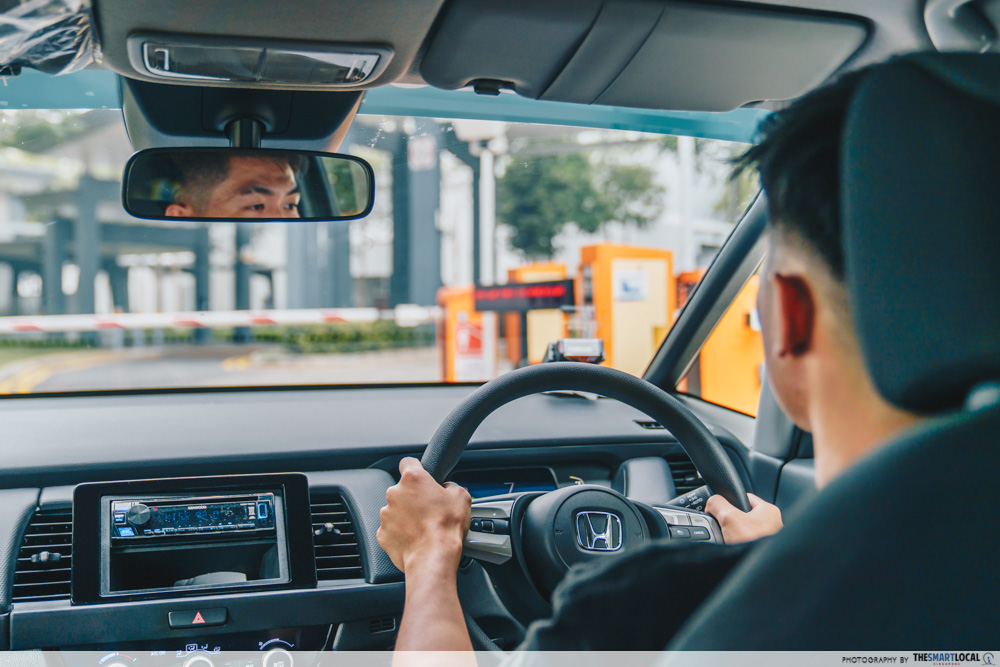 It doesn’t matter how many years you’ve been driving – blunders are bound to happen every now and then. We can all do our part to keep our roads safer for one another by being courteous and signalling or just giving way when need be.

Some slip-ups, on the other hand, are entirely on us. No other driver is going to throw you a pity party if you forgot to top up your CashCard and get stuck at a gantry. Thankfully, the new NETS Motoring Card will help ensure that your ERP and car park fares are paid conveniently. 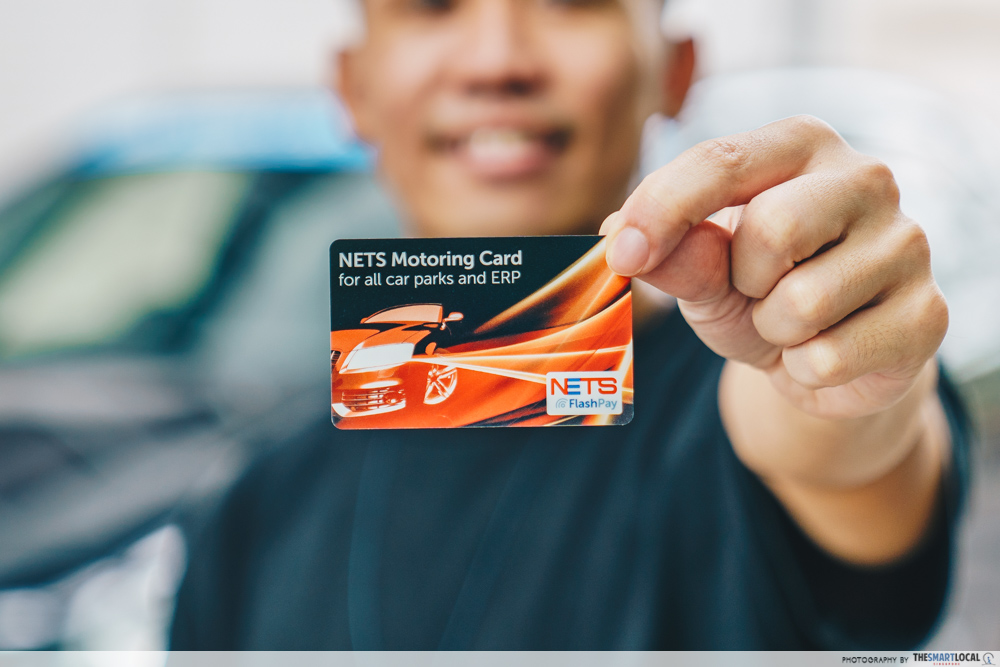 The successor to the CashCard is compatible with the current dual-mode in-vehicle units and the upcoming on-board units that will be rolled out in 2023. It’s also the only card that can be used at all car parks in Singapore, unlike some other cards that can have you stuck in non-EPS CEPAS compliant car parks.

You can also choose from a myriad of options to top up your Motoring Card, including the 3500 NETS top up machines located islandwide, bank ATMs, over-the-counter at convenience stores, and the new NETS App on your smartphone (NETS App on iOS | NETS App on Android). You can even opt for the auto top-up function which adds value to your card whenever it runs low. And if you want a little more peace of mind, HL Assurance offers free coverage for your NETS Motoring Card for up to 12 months up to $50.

What’s more, motorists who top up their new NETS Motoring Card from now till 31st October 2022 can stand to win a brand new MG ZS EV, a fully-electric SUV. All you have to do is top up the card with at least $20 to qualify. Early birds who top up before 30th April 2022 will score 10 lucky draw chances; top ups after 1st May 2022 will still get one chance every time too!

Find out more about the NETS Motoring Card lucky draw

This post was brought to you by NETS.
Photography by Clement Sim. 7 Best Robot Vacuum Cleaners In Singapore To Free Up Your Mopping & Vacuuming Time
You Can Win An iPhone 13 Or PlayStation 5 Just By Simple DIY Projects &...