Throwing it back to when we were kids, most of us used to cheekily chant “ 新年快乐, 紅包拿來”. Fast forward to today and you’re probably the one on the other end of the angbao giving tradition.

For clueless folks out there struggling their way through the complexities of annual CNY traditions, we’ve got your back with this guide to angbao giving in Singapore. From how much to give to tips and taboos, below are some FAQs answered by fellow Singaporeans.

1. When do I need to give my first angbao? 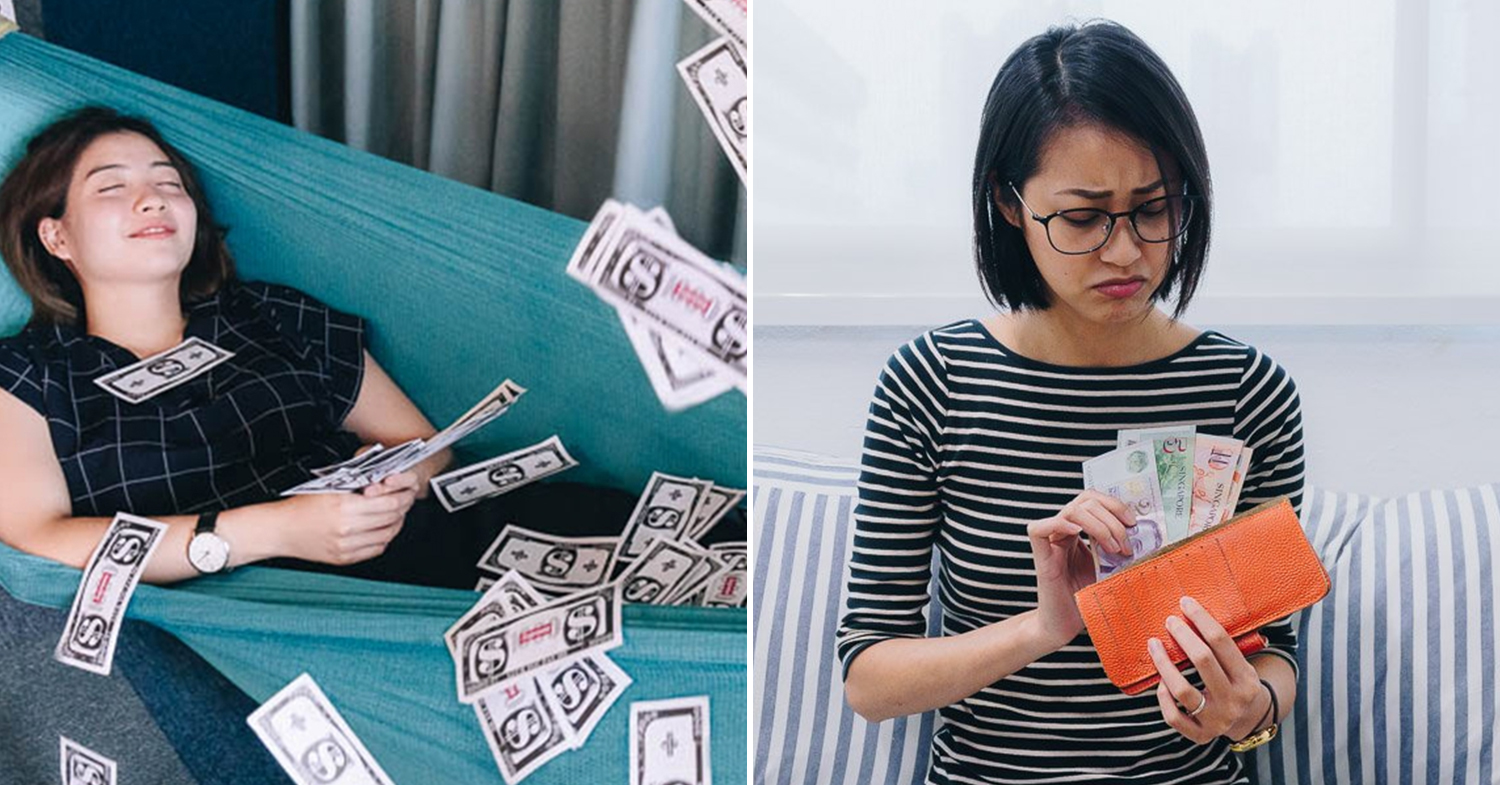 According to most Singaporeans, married couples should start giving red packets on the first CNY after their marriage; although according to some others, it should be the following CNY. When in doubt, take a page out of Gothel of Tangled’s book: “Mother knows best”. Your parents will be in the best position to give advice, with your family’s customs in mind.

For those who aren’t planning on getting married, you won’t be expected to give red packets. But if you do wish to give nonetheless, you can do so once you start working, or hit the typical “marriage” age of 30-35.

2. What are some of the unspoken traditions to follow?

Traditional events like Chinese New Year are chock-full of unspoken rules that us millennials might be unaware of. For a seamless angbao exchange, below are some of the things you need to know before your upcoming home visits:

When someone passes away, festive occasions like Chinese New Year are dialled down or skipped entirely as a show of respect for the deceased – this means no boisterous reunion dinners, cheery home visits, and of course, no angbao exchanges.  The mourning period typically lasts 100 days, although some choose to do it for about a year or more.

Another reason why some stop giving angbaos is loss of income, such as in the case of retirement.

4. Should I “match” what my relatives gave my children last year?

Come Chinese New Year, comparisons are inevitable. We compare PSLE scores, relationships status and even angbao values as well. It’s not uncommon to feel pressured to match how “big” of an angbao your relative or friend gave your kids. But it’s also important to remember that angbao-giving isn’t a competition and it isn’t where you should care about “losing face”. 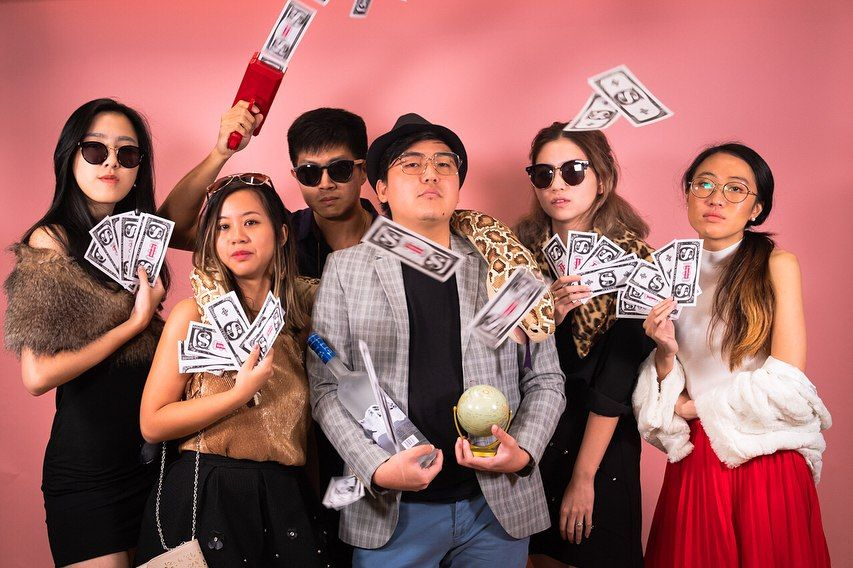 What CNY is not: a status battle out of “Crazy Rich Asians”.
Image credit: @jellyfied

Remember that the tradition is all about wishing others an auspicious year ahead, rather than being a platform to flex that paycheck. This is also why no one typically signs off their angbaos with their names!

5. How should I handle my children’s angbao money?

While some skip out on giving their children angbaos when they’re too young to understand the tradition, Charles Tan, 60, has been giving his children red packets since they were born. “We transfer it to their baby bank accounts afterwards,” he said, “It’s more of something we do for fun.”

Almost all parents help to collect their children’s money until they’ve grown to be more financially independent. To be financially savvy, just remember to put the angbao money into a savings account instead of a piggy bank to avoid missing out on potential interest earned.

6. During this pandemic, how can I help if my parents are financially-strapped? 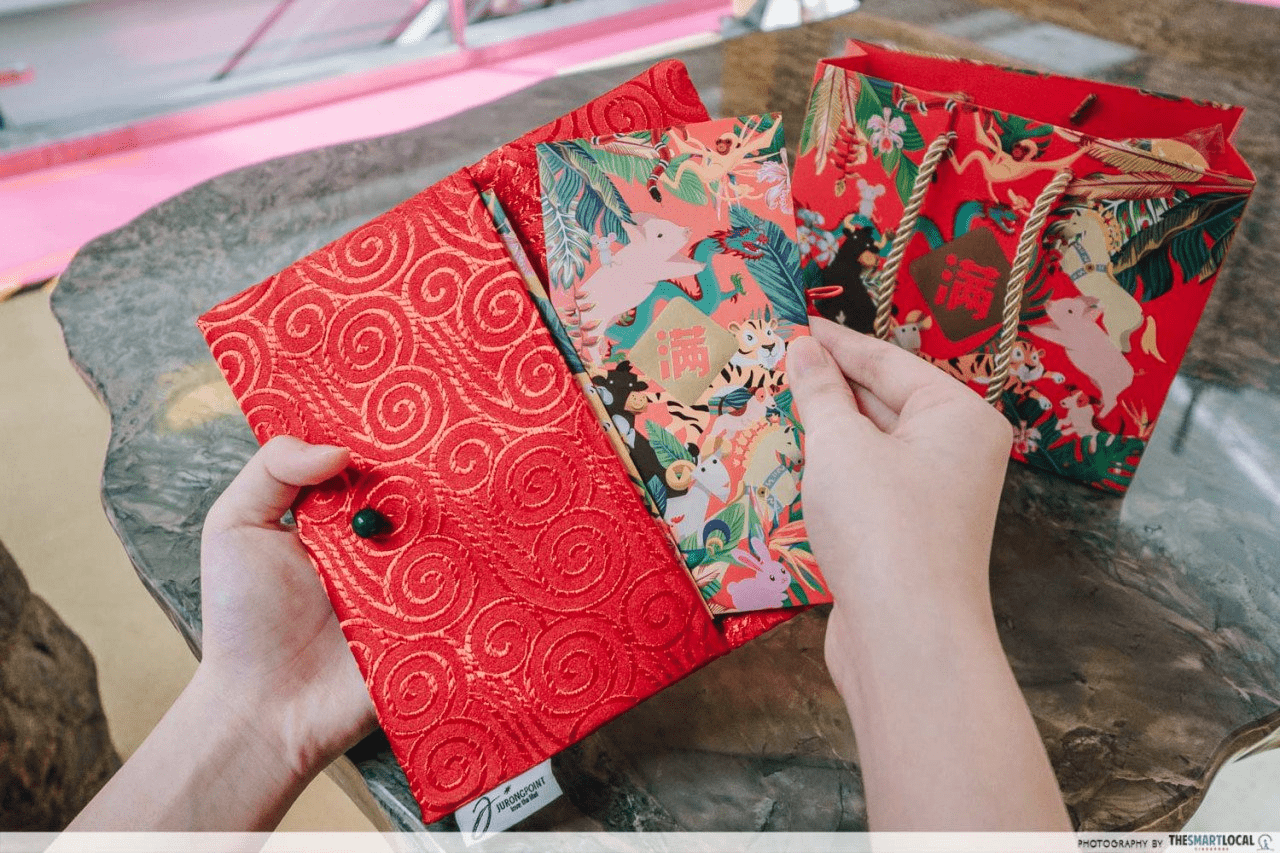 “Can I give angbaos on behalf of my parents?” asked a peer of mine. Given the pandemic, it’s not atypical for some of our close family members to be financially-strapped. Angbao–giving does create a dent in our bank accounts at the end of the day, which might be extra-disconcerting in the current economic climate.

But if you have the means to help out, one solution is to give folks you know are struggling a “larger” angbao to tide them through the season.

7. Who should I give angbaos to? 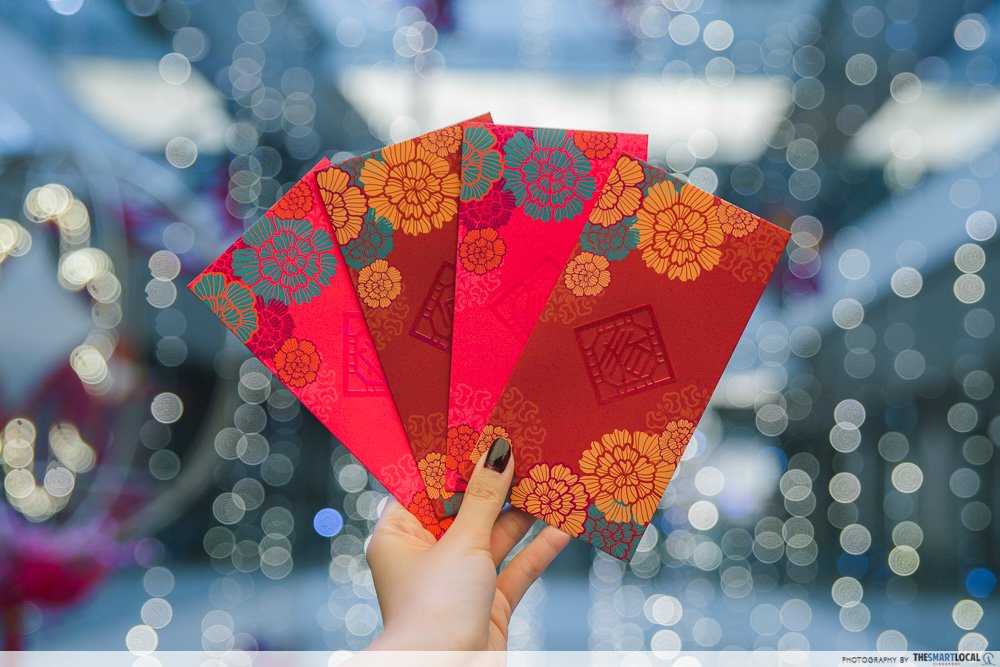 The general consensus is that you should give to younger generations, such as your children, nieces and nephews and grandchildren. Most people also give angbaos to helpers, neighbours and other public workers just as a gesture of well wishes. Some C-suite executives also give angbaos to their subordinates.

In Singapore, it’s also customary to give angbaos “upwards”, to your elders, such as parents, grandparents – and don’t forget your in-laws! – as a show of appreciation and filial piety. These elders will also likely want to give you an angbao in return so brace yourself for the back and forth of “no, you take my angbao!”

As for those of the same generation or “status” such as your siblings, friends and colleagues, there’s no hard and fast rule to follow. HR Manager Dennis Lee, 32, said, “for fun maybe I’ll give $8 to $10, but usually there’s no need to give to friends and peers”.

Pro-tip: Keep some handy extra red packets ready in your bag during the visiting season if you’re looking to return the gesture when receiving unexpected angbaos from peers.

8. How much should I give in my angbaos?

The million-dollar question then comes down to how much should you give? Just as there’s no fixed answer to how much you should spend on a friend’s birthday present, there’s no standard angbao rate to abide by.

We’ve gathered Singaporeans of three different age groups to form a rough guide below, but do remember that this table is for reference only. How much you should consider giving also depends on your financial stability and relationship with the recipient. 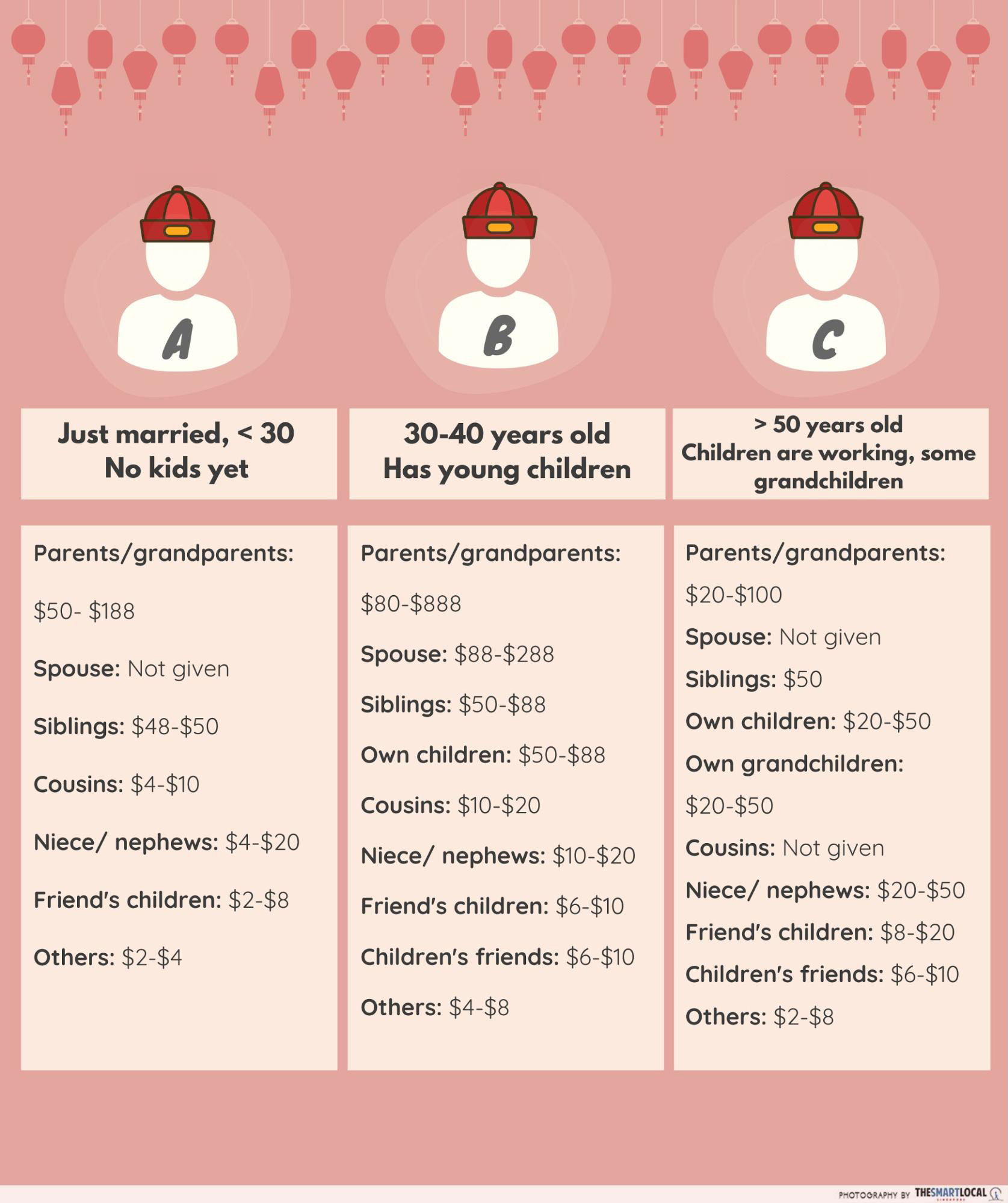 Three different demographics of Singaporeans and how much they give

If you need a number for that distant relative you’ve only ever seen once in your life or acquaintance you’ll likely never see again, the minimum most go with today is $4-$6 – although a neat $2 note is not uncommon as well.

As the “market rate” has been increasing with inflation, these numbers are also expected to go up in the future.

Pro-tip: Get a red packet organiser to sort different values of angbaos to give to different relatives and visitors.

As the generations pass, it’s easy for traditions to fall through the cracks; but Chinese New Year certainly won’t be as fun without all the little customs everyone participates in together.

Get your next home visit right with these eight must-knows about angbao giving. If you need any more tips, below are more CNY-related articles to refer to:

* Some names have been concealed for anonymity. 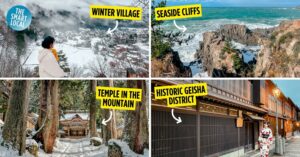 10 Less-Touristy Things To Do In Chubu This Winter, Japan’s Hidden Gem Just 2.5 Hours Away From Tokyo
12 Chinese Zodiac 2023 Predictions For Health, Career & Love In The Year Of The... 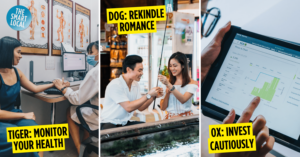