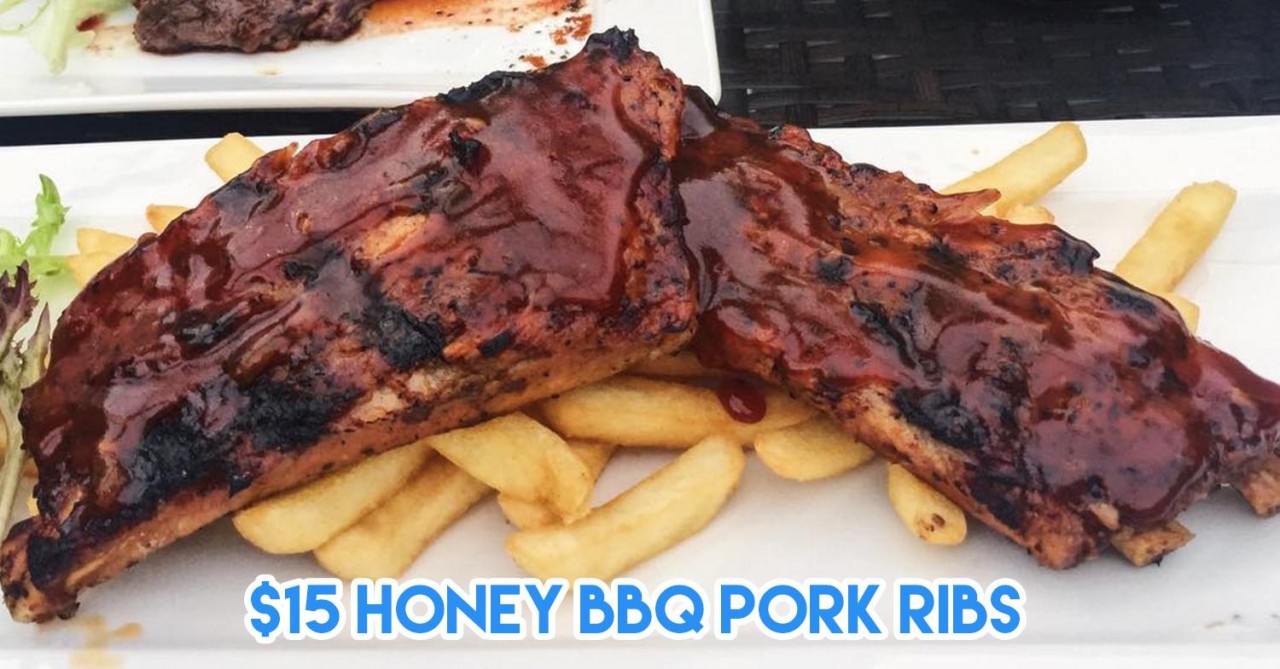 For all of us CBD office workers, lunch time is something that stumps us everyday. Despite having a bountiful amount of food choices in the area, most of them aren’t budget-friendly and it just isn’t feasible to spend so much money for a meal.

So if you’re looking for cheaper alternatives, head down to one of CHIJMES’ outlets for their weekday lunch deals instead! Their sets start from a low of $10++, all served with sides.

Whether it’s Japanese, Western or even Spanish nosh you’re craving, these outlets serve a variety of cuisines that’s defo’ a bang for your buck. Here’s some of our picks to get you started:

With new Mexican restaurants popping up everywhere, it’s no surprise that the nosh is quickly gaining traction in Singapore. Unfortunately, most of these eateries – even on-the-go tacos – are often known to be pricey. 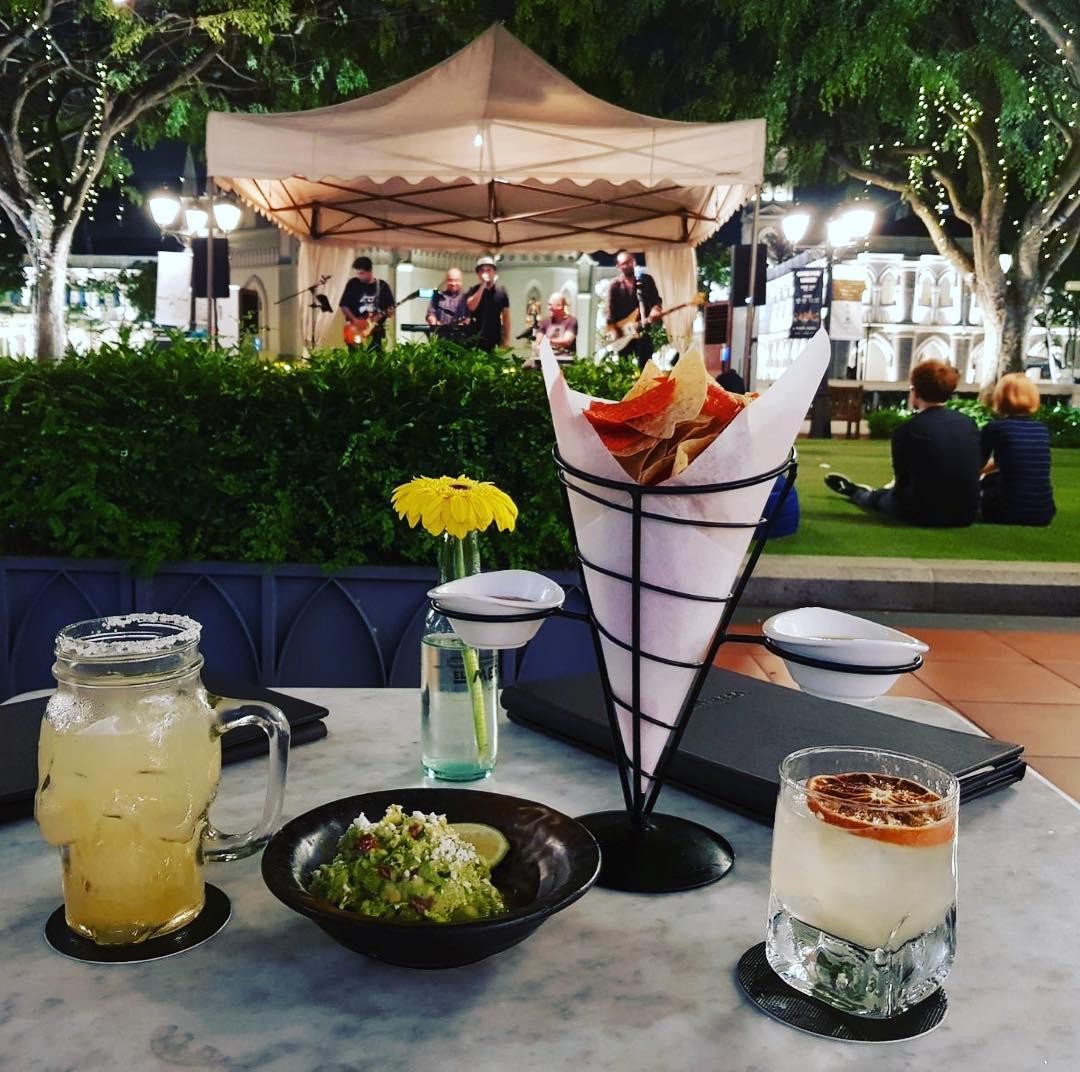 But there’s good news – El Mero Mero offers 2-course set lunches for just $15++. Appetizers include Caldo Tlapeño, a chicken broth with a tinge of chipotle or Botana Samplers, which include corn sampler, ceviche and a salad. Or if you’d prefer something closer to home, get the Lunch Roasted Suckling Pig (U.P $39) instead. The cackling skin of the pork will remind you of sio bak, and it’s served with a fiery Tlaquepaque sauce, made with chili and tomato for a spicy kick.

Ahh, ribs. Meat marinated for hours, baked till pull-apart tender and glazed with a savoury BBQ sauce. As the preparation for this baby can be arduous, most restaurants mark up their prices to as much as $45 for a slab. So if you thought that ribs could only be enjoyed on special occasions, you’re wrong – MOA Tiki New Zealand Bar & Grill’s Honey BBQ Pork Ribs set goes for only $15++ during lunch! Each meal is served with an egg garden salad or soup of the day, with drink options like coffee and tea. For those who prefer a lighter bite, the Grilled Sausages set ($10++) is available too.
Image credit: @tcherley

Other mains you can order for the lunch set include Prawn Aglio Olio, Chargrilled Chicken and Sirloin Steak.

Renga-Ya (Japanese BBQ & Steak) may be more known for their Japanese BBQ, but their rice sets more than do them justice too. 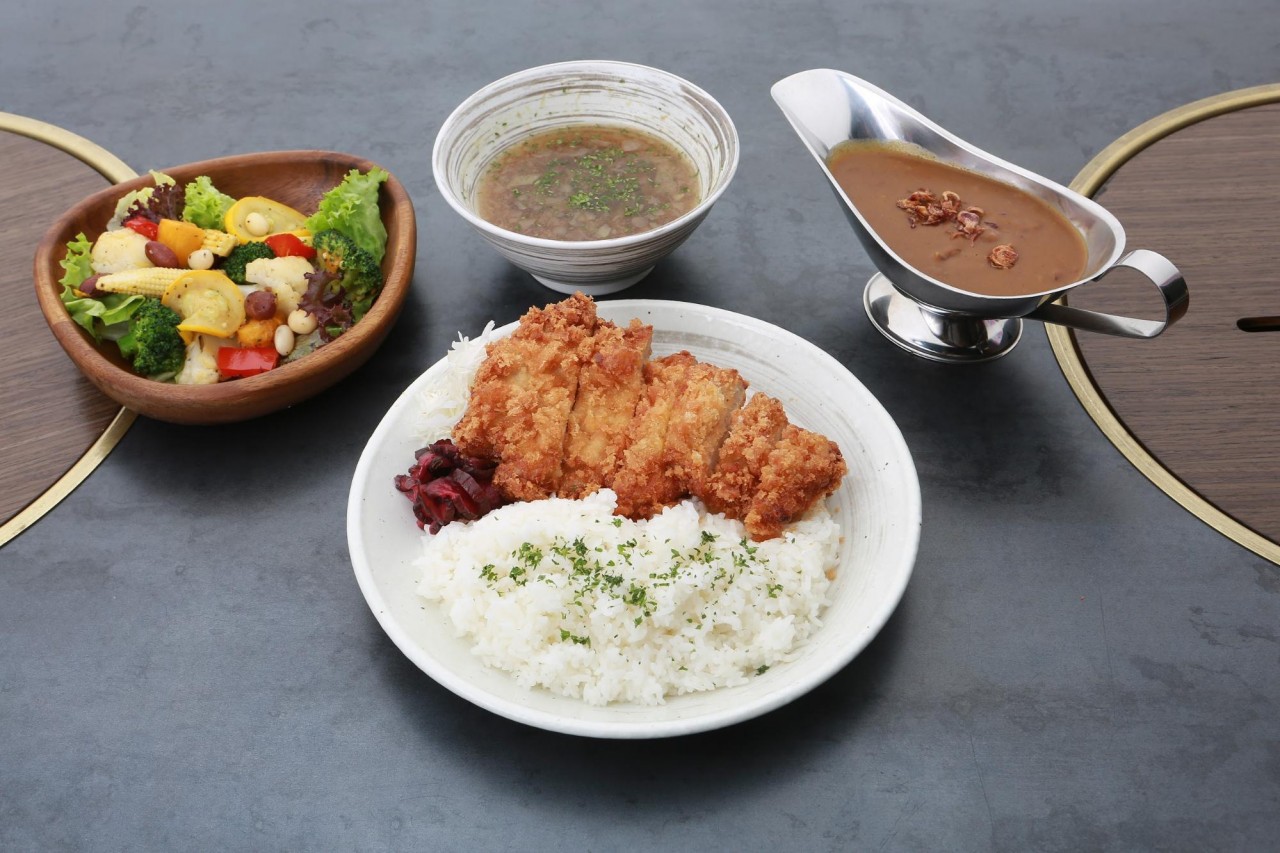 In the Chicken Katsu Curry Rice Set ($15++), a generous cut of chicken thigh is fried till a deep golden brown and served on a fluffy bed of rice. The curry roux is rich in flavor and served on the side to preserve the crispiness of the chicken.

Each set comes with a salad and soup of the day, providing a “cut” for the richness of the dish well.

Anglo Indian Cafe & Bar’s naan is made the traditional way in a pot-shaped oven, keeping it crisp and fragrant, while losing none of its moisture. 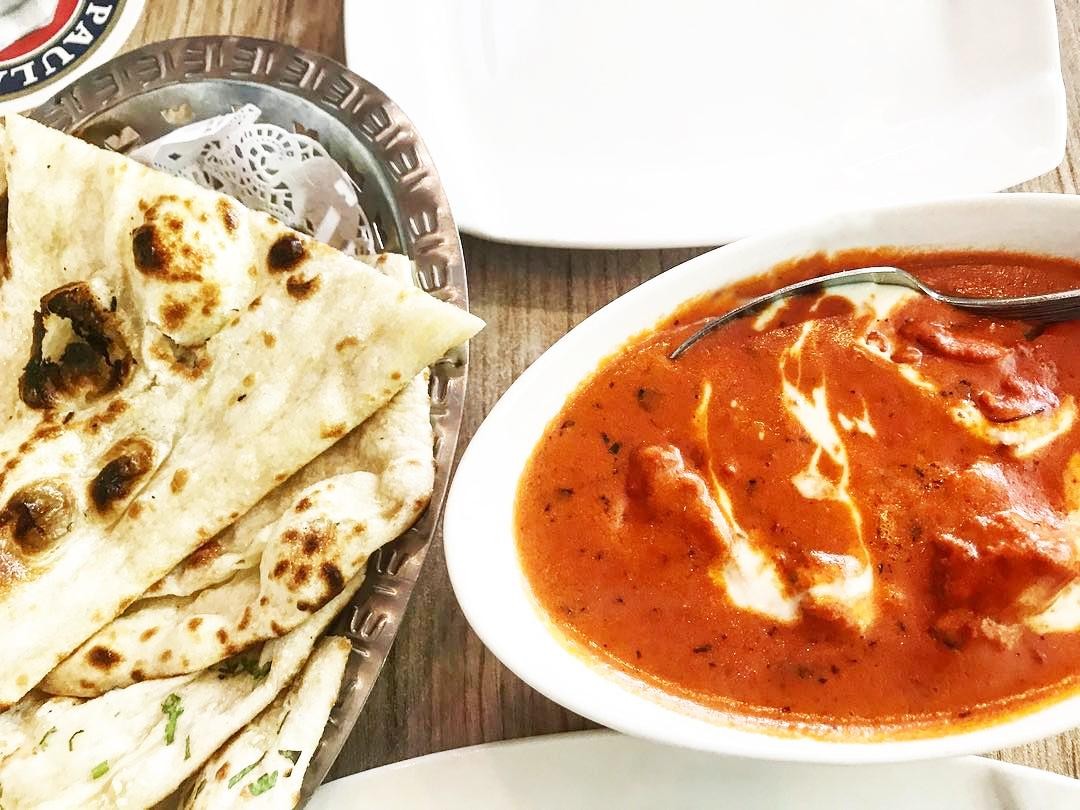 To get some authentic Indian naan, head down to Anglo Indian Cafe & Bar for a Power Lunch ($10++)! The naan is paired up with your choice of curry, slow cooked, and drizzled with fresh coconut cream for a velvety finish.

The Modern Izakaya is a Japanese restaurant which specializes in sake and yakitori, but frequent customers would know that they serve pretty dang good dons (rice bowls) too. Plus, each set comes complete with a mini tofu salad, miso soup and dessert of the day!

Coriander Leaf started out as an outlet at the Gallery Hotel in 2001, but its popularity has since led to the opening of a restaurant at CHIJMES. 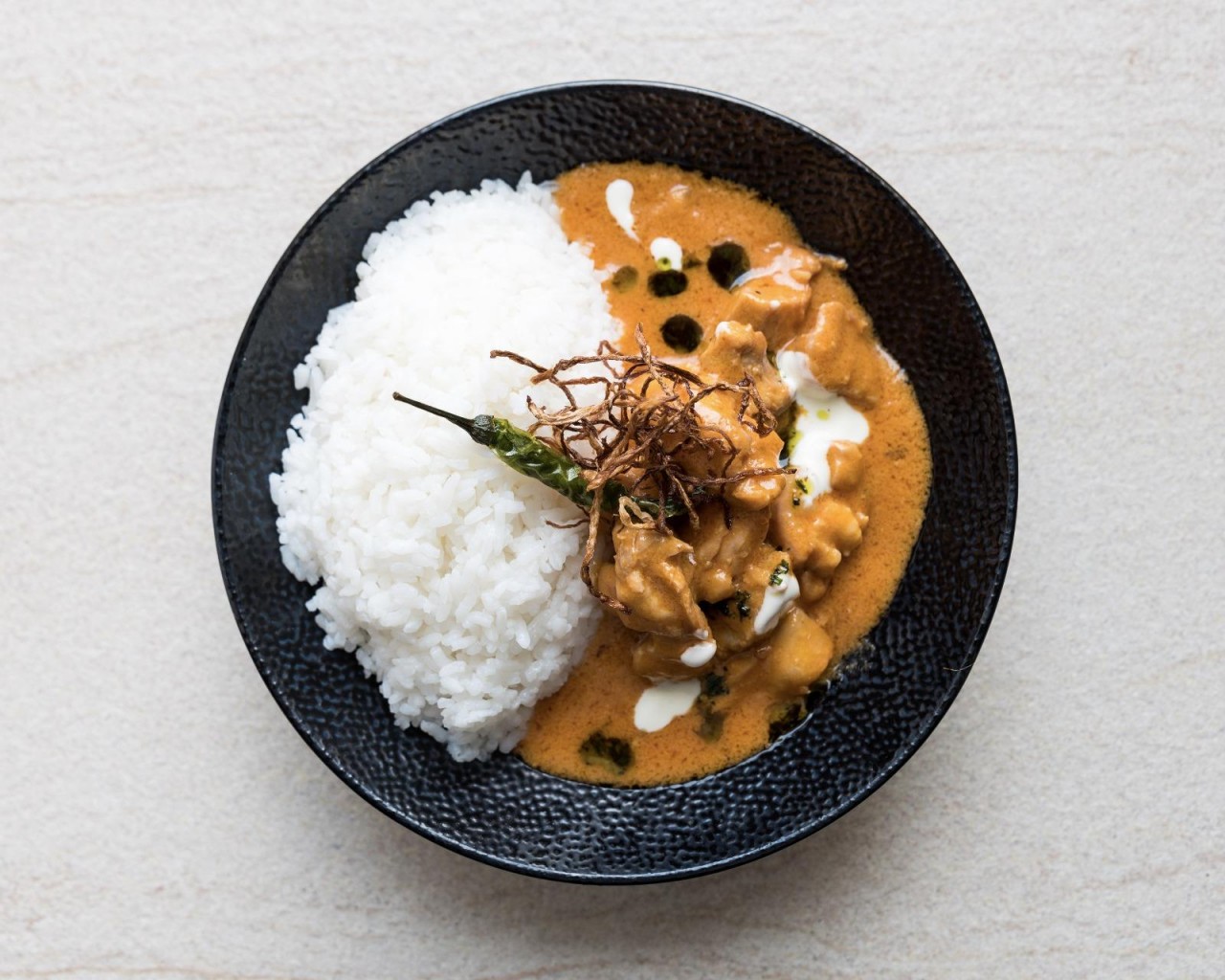 The restaurant reinterprets some of our Asian favourites – and it doesn’t stop here. Its chef combines culinary tradition from across Asia, and are constantly working to craft new dishes for its ever changing menu, so if you’re up for a flavourful surprise, get the “Chef’s Choice” Lunch Bowl ($15++)!

For those craving Japanese food, Gyu-Kaku Japanese BBQ Restaurant would be your ultimate fix. The Shoga Pork Don ($10++) comes with thinly sliced pork that’s sauteed with soya sauce, resulting in a sweet taste. Ginger juice is then added for an extra spicy oomph! The set comes with a salad, Japanese pickles and miso soup. Alternatively, get the Gyu-Kaku Bento Set ($15++) – it comes with SIX sides! Whether it’s croquette, cold tofu or stir-fried beef you’re craving, this bento will leave you satisfied. 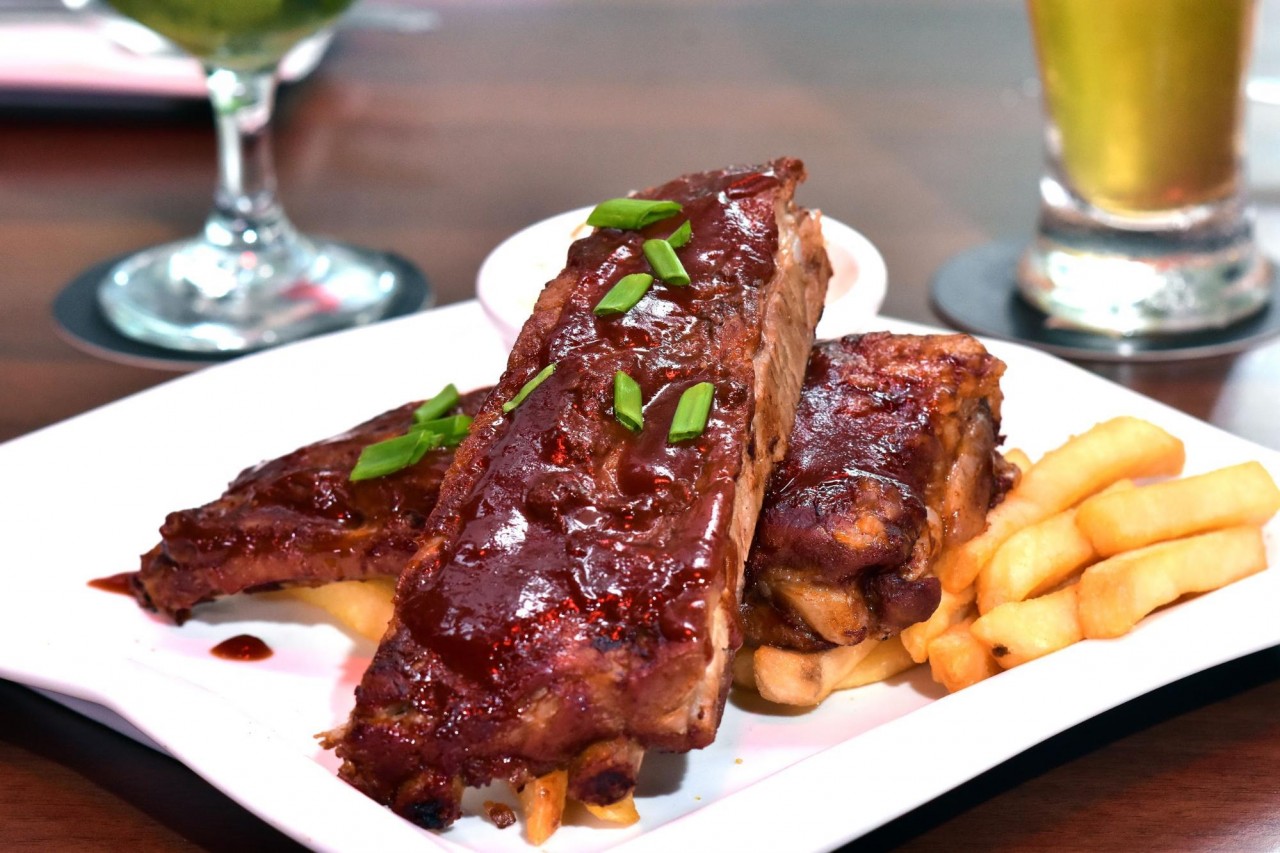 With all these affordable weekday lunch sets* available, CHIJMES proves that not everything sold in the city must be expensive. Whether you’re a white collar worker or simply running an errand in town, the reasonable prices offered makes this the perfect lunch option.

The promotion runs from now till 31st December – that’s TWO full months for you to take advantage of these prices.

Besides, they’re holding a $20 voucher giveaway! To participate, all you have to do is order one of the featured weekday lunch dishes, take a picture of it, post it on Facebook or Instagram, and hashtag #CHIJMESforLunch. The end date for the giveaway is on 1 December 2017, and up to 10 winners are chosen weekly.

So hesitate no more and grab your friends along for these deals – trust us, they’ll be glad for this lobang!