Childhood toys we grew up with

Chances are, you’re procrastinating something at work by secretly reading this article on your smartphone in the toilet. As much as having a job pays the bills, we’re not shy to admit that sitting at a desk all day can feel a little mundane.

This is so unlike our childhoods, which were filled with constant wonder that came from our toys. And if we could turn back time somehow to return to playing with LEGO and Hot Wheels – trust us, we would. Since that’s impossible, come on a nostalgic trip with us as we rank our childhood toys from most fun to least:

Most of us probably grew up with random LEGO bricks from a bucket, but it didn’t matter what pieces we had. Our imagination was practically the only limit when it came to building with LEGO as a kid. You could snap two pieces together and call it a skyscraper, or even a car. Now that we’re older, the thrill of snapping pieces together is still as satisfying. Plus, we have the dexterity now to build the more complex sets. We’d be the first ones to admit it’s just as exciting walking into a LEGO store now as it was when we were kids.

Shop for LEGO on Lazada.

Before being able to download games onto your smartphone, this was where you’d go to play Tetris, Pacman and Super Mario without having to head down to an arcade. The pocket-sized Gameboy meant being able to play games on the go, like on long MRT rides. 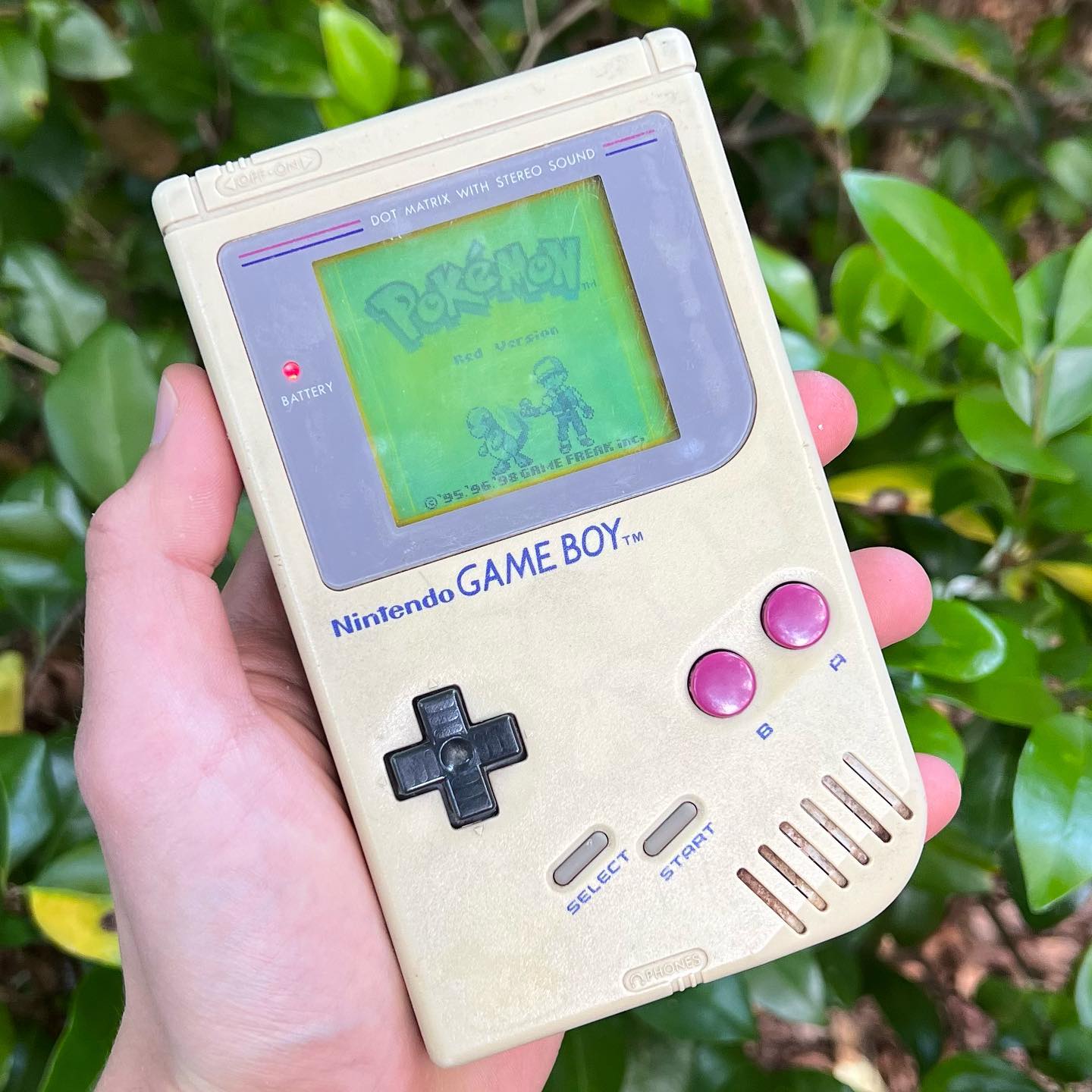 Sure, we can download similar games onto our phones to play them right now, but we do miss the cheery blip the Gameboy made when it was switched on. We can live without having to blow on the cartridge to fix glitchy games though.

When Tamagotchis were first launched in the late ’90s, you would hear the incessant beeping of these digital pets wherever you went. Their cries demanded attention for food and to be cleaned up, lest you end up with a dead pet. This was probably our first brush with raising a “living” thing, which probably paved the way for more pet owning responsibilities in the future. 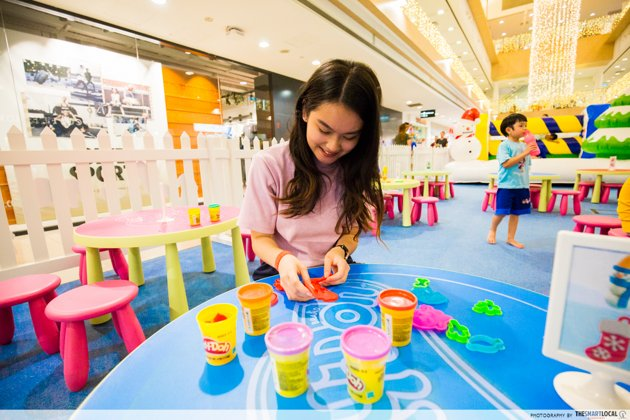 It might be surprising to find Play-Doh this high up on the list but hear me out. As a kid, the fun stopped once the colours muddled together after smushing it into one giant ball. But now that I’m older, I’d say squishing Play-Doh in your hands is just as satisfying as squeezing a stress ball. And who can forget the nostalgic scent whenever you rip off the plastic of a new container? Now that you’ve all grown up, you can even get Play-Doh in “grown up” scents, like Mom Jeans and Buttered Popcorn. Every kid I knew growing up had at least 1 or 2 Hot Wheels cars in their stash of toys. You didn’t need those orange tracks to play with them – just your hands and engine noises coming out of your mouth to make these little speedsters zoom about.

If you’re an adult who’s still into Hot Wheels, you’re probably less into the zoomies and more into collecting them. These days, buyers of vintage Hot Wheels miniatures of real life car models will pay upwards of a few hundred dollars for rare pieces.

Shop for Hot Wheels on Amazon.

You didn’t have to be a masterchef when you played masak masak on your play kitchen sets as a kid. Whatever you threw into your pots – plastic carrots, water, and pinches of air – always turned out Michelin-star worthy. 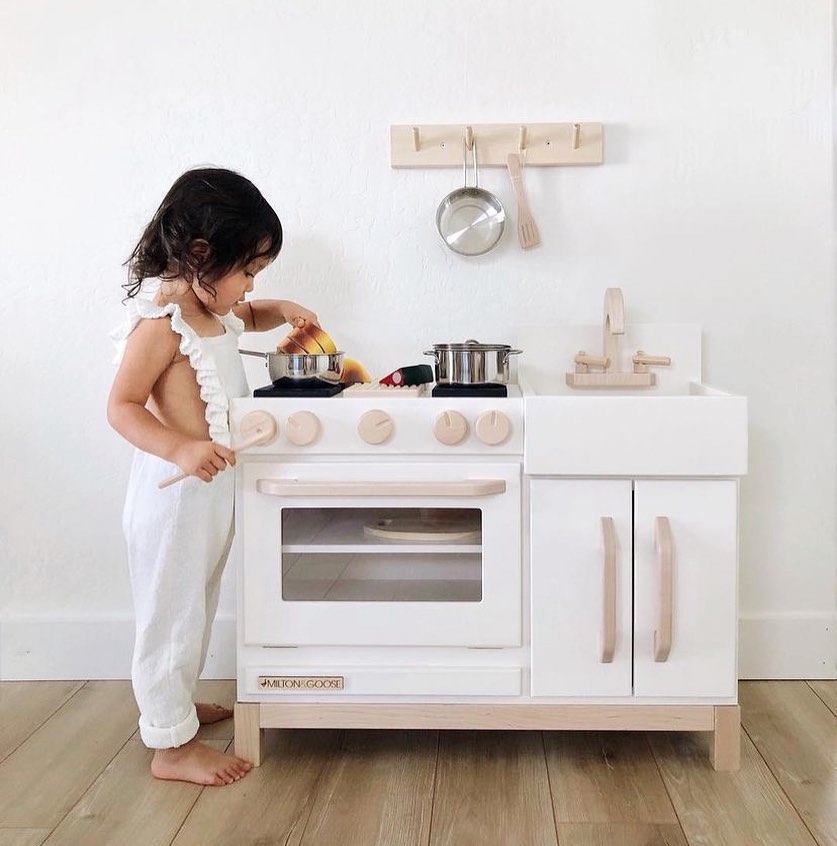 The only downside was that you could never actually taste your creations. As an adult, masak masak now means actually prepping for meals in the kitchen. At least there’s actual food to look forward to after. Yum.

She was the original #girlboss before women like Sophia Amoruso came into the picture. Barbie had an enviable list of careers like veterinarian, air force pilot and even astronaut, with a matching closet and vacation home to boot. In 2022, Barbie actually went to space on board the International Space Station.
Image credit: The Toy Insider

She may have received criticism for her unrealistic proportions, but as a girl growing up, she showed me that I could be anything I wanted to be.

There was a lot of fighting involved whenever Monopoly was brought out in our childhoods. My cousins and I would fight whenever someone refused to pay up when they landed on our property. Then we’d fight again over who got to buy property on Park Avenue – or Sentosa Cove in the Singapore edition. Now that we’re older, we’re much more civilised when playing Monopoly. It’s also the closest we’ll get to owning multiple homes and properties IRL. There’s no need to figure out how to apply for a BTO here, just roll dice and pay up to own a few houses and even hotels in this iconic board game.

Earn $10 weekly from ShareParty to buy these toys

These childhood toys might have sent you on a trip down memory lane, but you don’t have to live the nostalgia vicariously through our article. You can still get your hands on these toys on your preferred shopping platform like Qoo10, Shopee, Lazada and Amazon. Plus, get up to $10 off your purchases when you complete surveys on the ShareParty app. The app releases surveys on topics like telco services and the kind of earbuds you use. Just share your honest opinions to receive reward points. Once you accumulate enough points, you’ll be able to redeem cash vouchers for spending online.

You can also earn cash vouchers for Grab, Adidas, and Dairy Farm stores.

Each survey only takes less than 5 minutes to complete, and the answers are then sent to marketing research teams who use the data to improve on their products and services to their customers. Be rest assured that any collected data is kept safe, as ShareParty’s privacy policy means your details aren’t shared without your permission. There’s also an extra $10 cash voucher you can get weekly when you participate in ShareParty’s special event on Facebook. Start completing surveys to earn your rewards points. You’ll soon be able to get vouchers to spend on all the childhood toys you miss.

Register for the ShareParty app here

This post was brought to you by ShareParty.
Photography by Loo Jie Ling.
Cover image adapted from @8bitaesthetics, @menagerie.v, The Toy Insider Sofitel Is Having An Artsy Staycation Package With Freebies & Activities Like A Mural Trail
12 Family-Friendly Things To Do During The June Holidays If You’re Not Going To Zao... 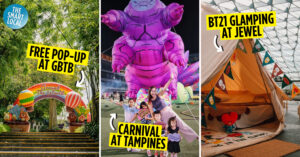