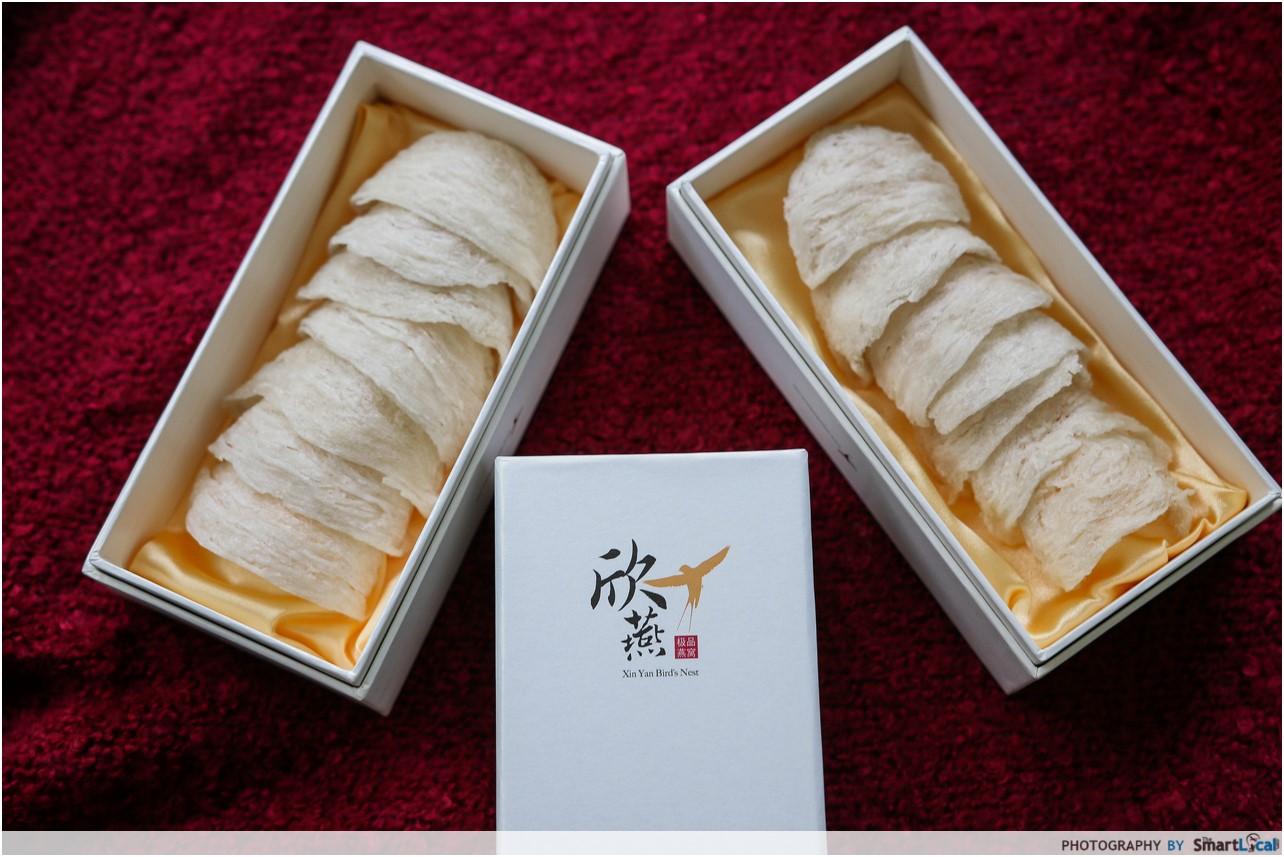 I’ve heard plenty of stories about bird’s nest. It’s great for infants, excellent for pregnant women, helps keep the elderly from falling ill… the list goes on. It almost seems like everyone can benefit from a bowl or three of bird’s nest soup. 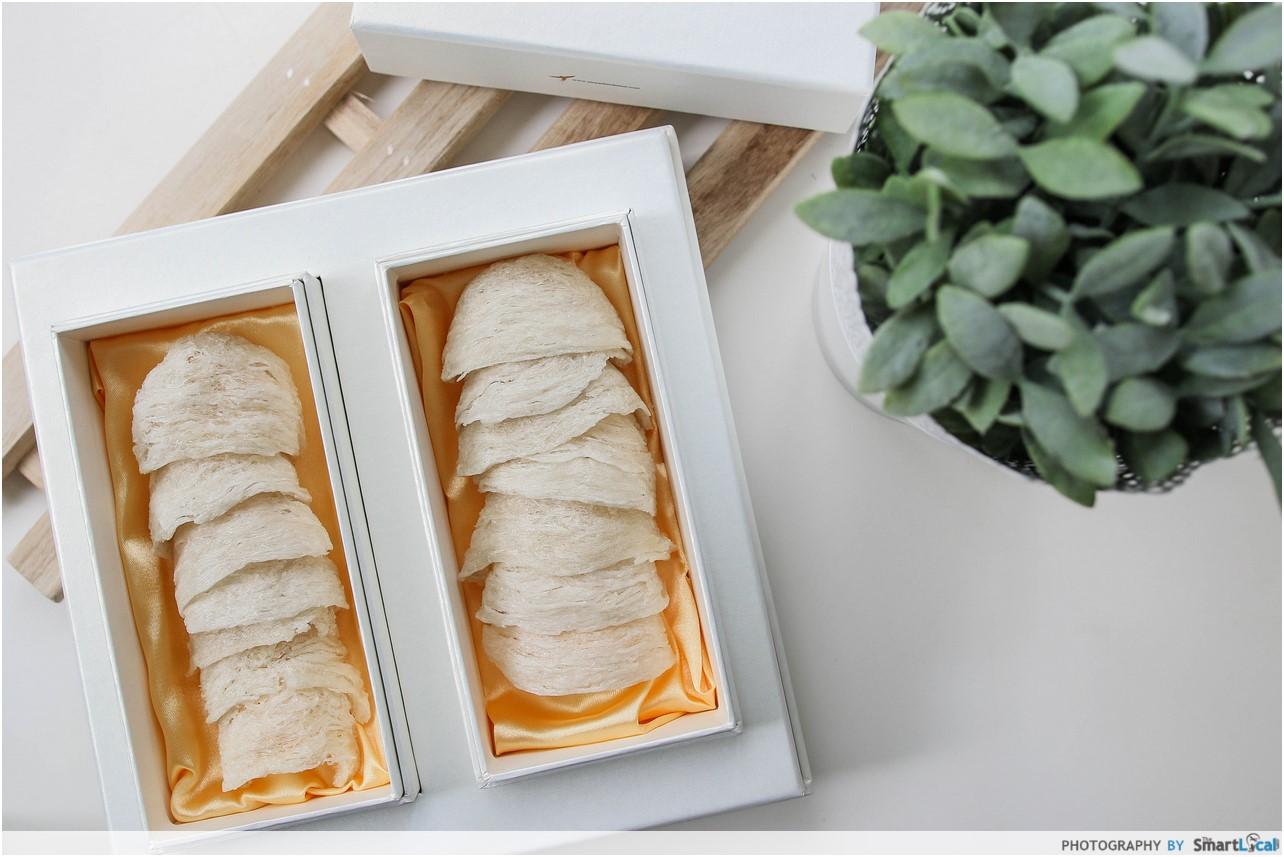 Our parents or relatives have probably fed us bird’s nest soup at some point, and we’ve consumed it at their behest, willingly or not.

But if there’s one thing that’s clear as day, it’s that the folks seem to have an unfaltering love for the delicacy. From meeting your in-laws to family reunions, if you’re searching for that one-size-fits-all gift that’s bound to impress – it’s bird’s nest. But this quick fix doesn’t come cheap; so it’s important to know exactly what you’re consuming, and how to make sure you’re getting the biggest bang for your buck.

Before you buy bird’s nest this Chinese New Year, or at any time of the year, really, here are 10 things you absolutely need to know. 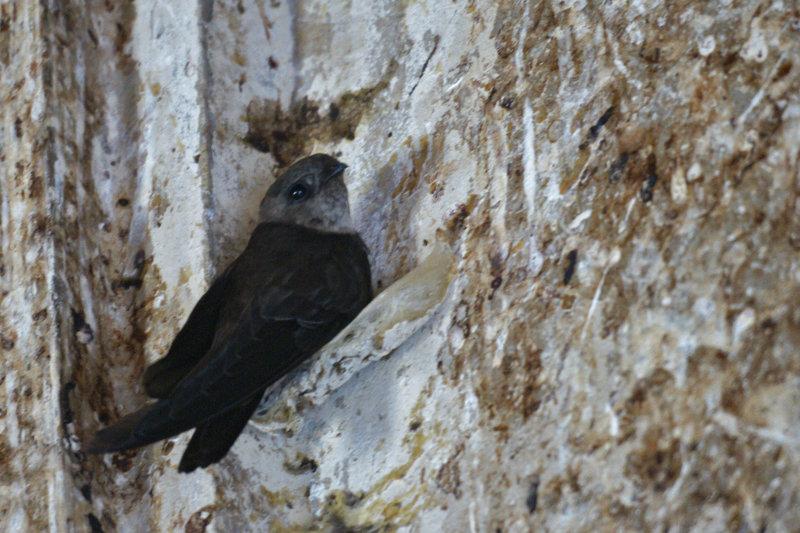 I’ll be honest here – I don’t actually know what goes into bird’s nest soup. I know it’s a nest, as the name implies, but that’s as far as my understanding goes. But what exactly am I drinking?

The nests that go into making bird’s nest soup, come specifically from swiftlets. Constructed by the male swiftlet in preparation for his wifey to lay eggs, the nest is made almost entirely out of his saliva.

Yeah, I know, sounds super gross. But before you completely write-off having bird’s nest soup for the rest of your life, you should know that these saliva-nests are rich in calcium, iron, potassium, magnesium, and loads of other stuff that’s good for us. Plus, after cooking, it has a really strong egg white aroma that makes it smell pretty tasty. So keep on drinking!

2. The real benefits of bird’s nest 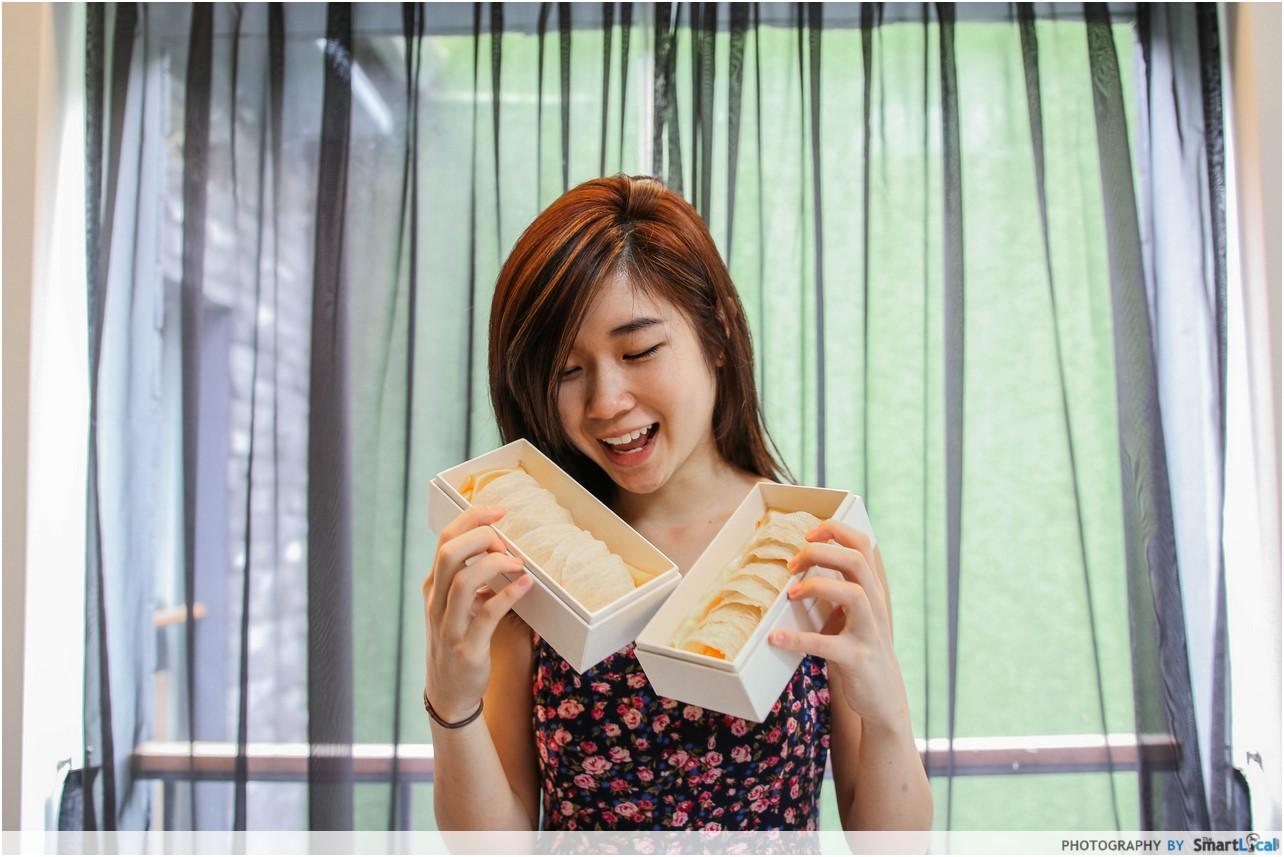 Google the benefits of drinking bird’s nest, and you’ll find 1001 different touted perks. Multiple sources will tell you different things, like how bird’s nest can improve overall immunity, or speed up the recovery process after an illness. Researchers are still trying to find out what exactly it is about bird’s nest that makes it so good for you, but there is some common consensus.

Water-soluble protein from the swiftlet saliva contain amino acids which are the building blocks of cells, and can be found in abundance in a single bird’s nest.They also contain hormones like testosterone and estradiol, which play the role of regulating important bodily functions.

It has also been proven that nests contain substances that promote tissue regeneration and cell growth, as well as boost your immune system to keep you from catching that dreaded flu bug. Though there’s still a fair bit of research that needs to be done, so far, it seems like bird’s nests are definitely doing us a world of good.

3. The traditional way of harvesting bird’s nest is dangerous 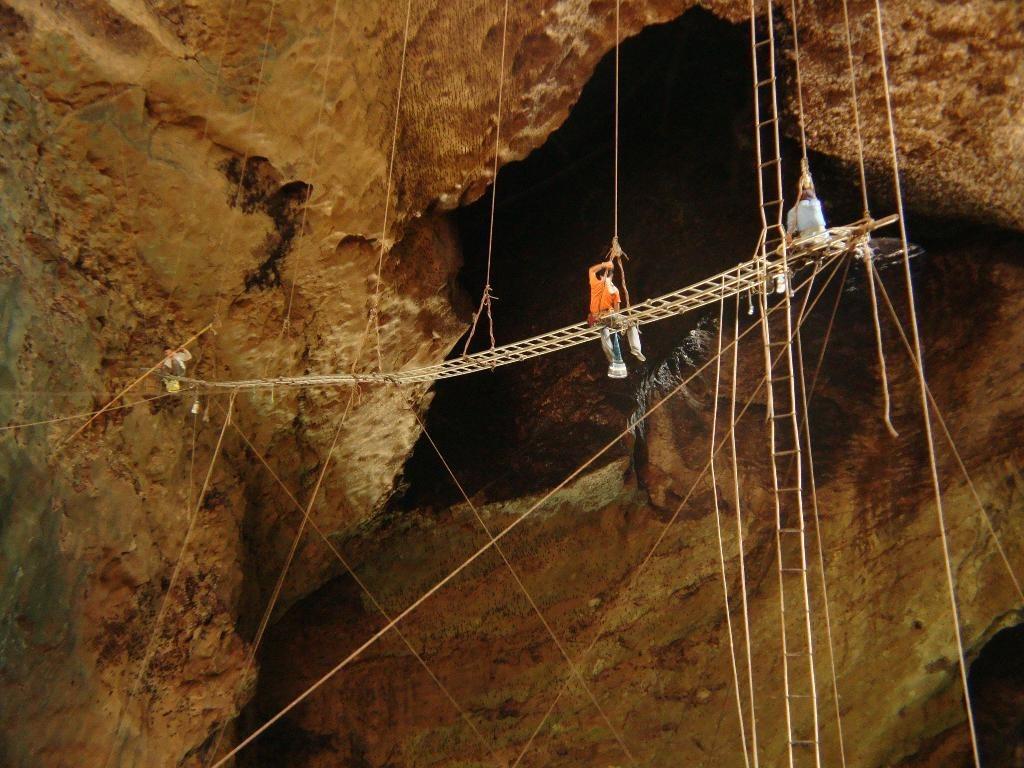 Swiftlets build their nests are high up in coastal caves of Southeast Asia, in places such as Indonesia, Malaysia, and Thailand. And harvesters often face considerable amounts of danger having to scale the cave walls with harnesses, ropes and ladders. One false move could lead to an untimely end.

On top of that,a lot of effort goes into cleaning them and removing any impurities in order to make them fit for consumption. That would explain why cave bird’s nests, harvested from up high, are so incredibly expensive – a lot of work goes into getting them onto your dining table.

Watch this video to find out all the nitty-gritty behind harvesting cave nests: 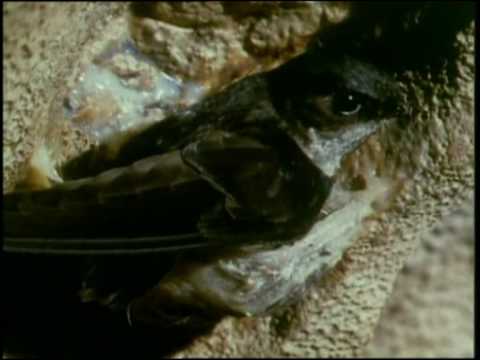 Thankfully nowadays, there are special houses set up for swiftlets that provide a safe, cleaner space for them to build their nests. Some people might think that this involves holding the swiftlets captive, but the houses are more of a public space – the birds come and go as they please, and it’s just an overall less dangerous environment for both bird and man.

4. What exactly is a ‘golden-grade’ bird’s nest? 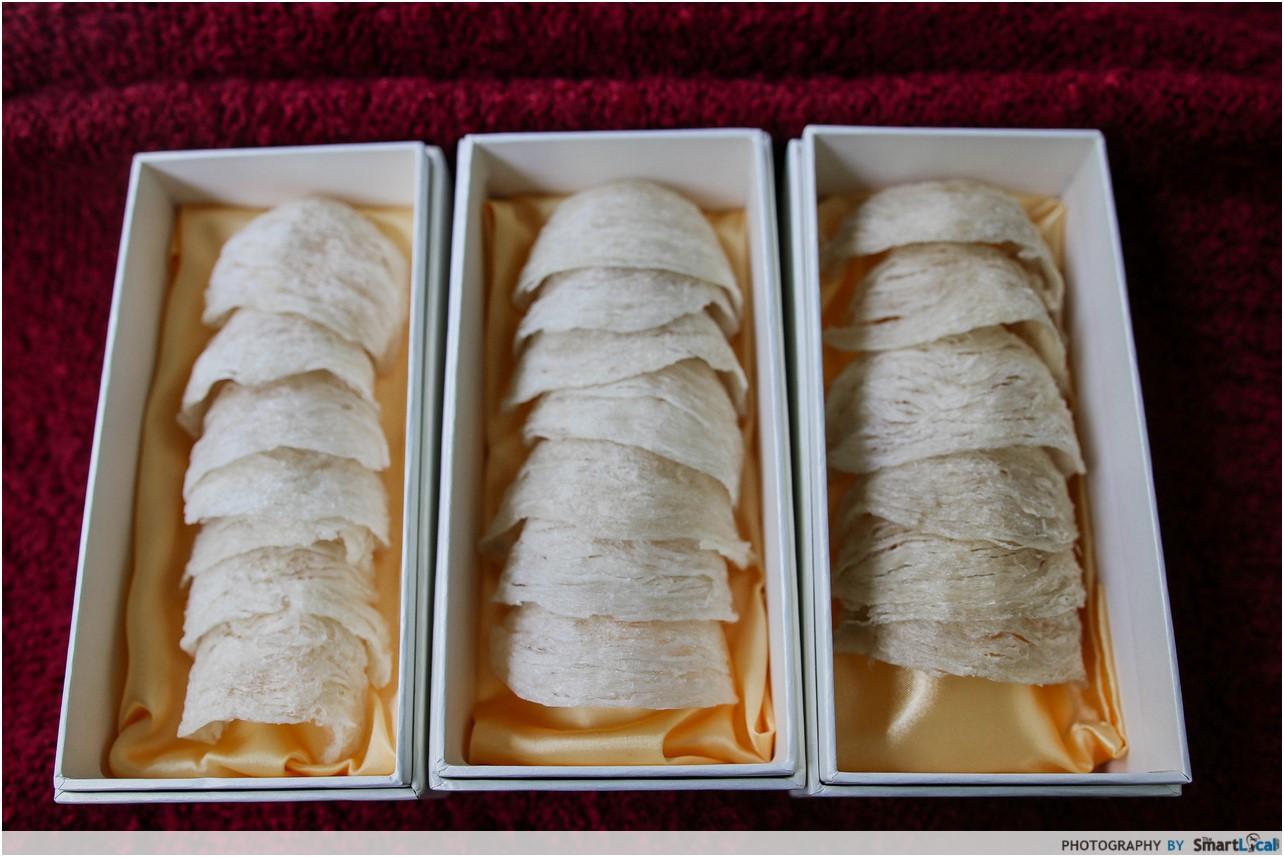 Much like we have different grades for our exams, there is also a grading system in place for the grading of bird’s nests. Though different companies use different names to grade their bird’s nests, the means of categorisation are the same.

The highest grade of bird’s nest is the purest, because it’s 90% edible upon harvesting and requires the least amount of processing to get it ready for consumption. Bird’s nest of this grade have thicker strands, have a stronger aroma when cooked, and are often white, gold, or blood-red in colour.

The size and colour of the bird’s nest also has a part to play. The larger the nest, the higher the price, and if it’s a unique colour like gold or red, you can bet it’ll fetch a pretty penny because it’s much rarer.

Nests that are 50% and 10% edible upon harvesting, fall respectively under the second and third grade – and their prices range accordingly. The nests of of these grades bear a crispier consistency when cooked as the fibres are less compact.

Note: Almost all of the bird’s nest products you find readily available in supermarkets are made from nests of the lowest grade. So if you’re looking to drink quality bird’s nest, it’s best to buy and make your own.

The bird’s nest industry is a lucrative one. And as with every industry, there are always some unscrupulous folks out there, who will go to great lengths to cheat you of your money. The issue of fake bird’s nests is more widespread and rampant than you think, but we’ve got your back. Here’s how to be a savvy bird’s nest shopper:

Method 1: First and foremost, save yourself the potential drama and buy your bird’s nest from an established retailer. They’ve been in the business for a long time, and usually have an excellent track record.

Method 2: Prior to your purchase, inspect the colour and shape of the bird’s nest. The real deal should be translucent in colour, but never reflective or a pure white. Additionally, as bird’s nests are a byproduct of nature, no two are 100% identical. So if you see several bird’s nests in the same shop that look exactly the same, the chances are, they’re manufactured.

Method 3: Put your sense of smell to the test. A real bird’s nest should smell raw and “fishy” in its uncooked state. If it smells like plastic or has no discernible aroma, you shouldn’t touch that thing with a ten foot pole.

Method 4: Though usually not a method we would recommended during your pre-purchase process, real bird’s nests are fragile and break easily. So if you find yourself with a piece that’s tough as a board, you know what you’ve got!

Method 5: If you soak the bird’s nest in water and the water changes colour after a few hours, you’ll probably want to dispose of it ASAP. Fake nests are dyed unnatural colours to fool people into believing that they’re a higher grade, so the colour leaches out during the soaking process. With real bird’s nest, the water should remain clear throughout.

6. You aren’t actually depriving a bird of its home

One of the major controversies surrounding bird’s nest is, the worry that supporting the industry deprives these little swiftlets of their homes. Where are the baby birds going to stay?

Fear not. Once the baby birds learn how to fly, the entire family abandons the nest for an adventure in the skies. During the next mating season, the swiftlets then build another nest – so your baby swiftlets are not left homeless.

Most companies employ ethical practices when sourcing for bird’s nests, so you can now buy bird’s nest with a peace of mind.

If we still haven’t managed to convince you that the harvesting of bird’s nest are 100% swiftlet-friendly, you can always speak to the retailers for greater assurance. 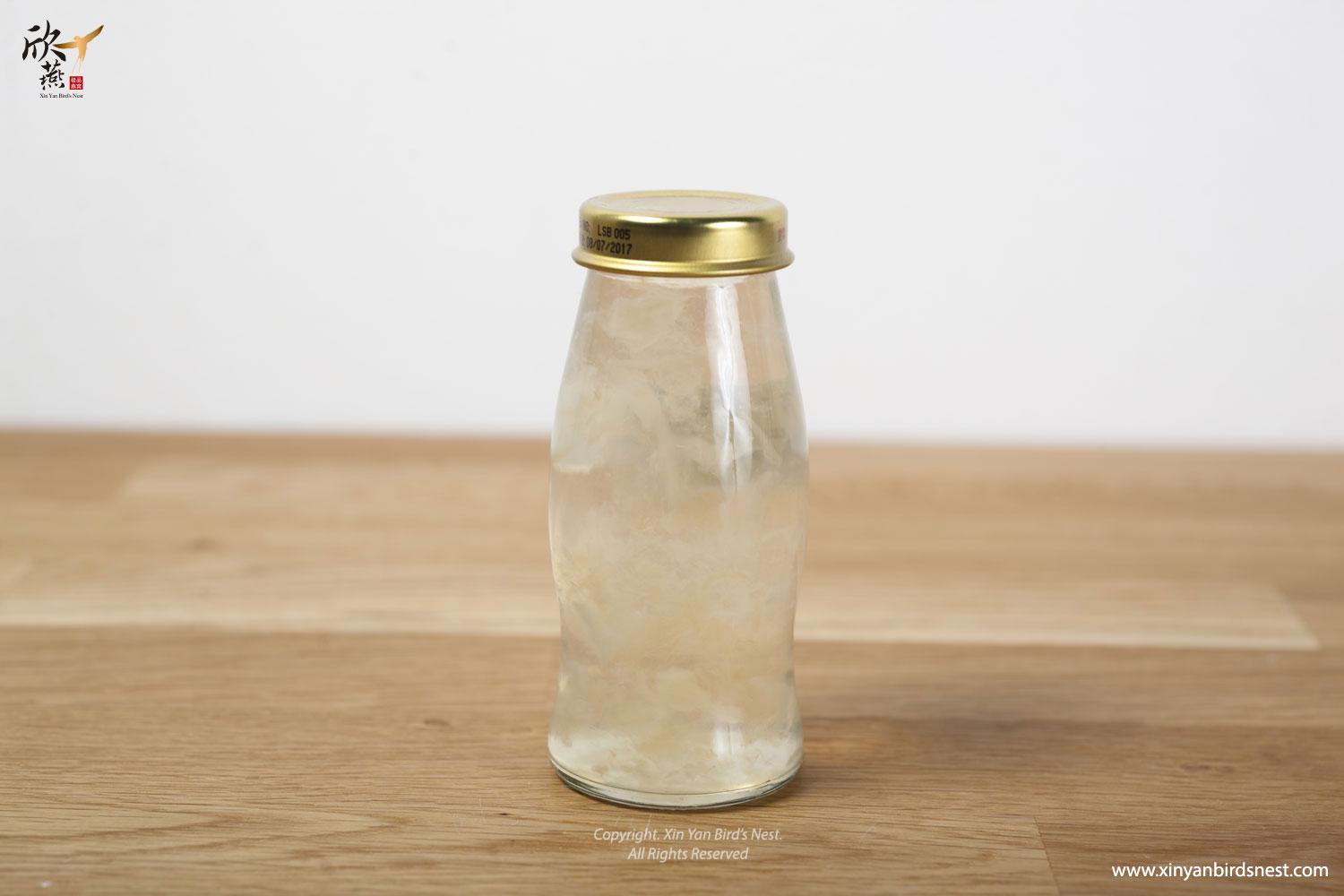 My mother claims her favourite grade of bird nest is “the instant kind” – the ones which come pre-bottled, and readily available at many supermarkets. It’s convenient, easy, and you don’t need to wait hours for the soup to boil.

Sound pretty great so far? You might want to know, that in actuality, these bottled bird’s nests are far from great. While they still yield the benefits as a regular bird’s nest, they’re often high in sugar. Excessive consumption of bottled bird’s nest can lead to excessive weight gain, which in turn comes with a host of health problems like high cholesterol and diabetes.

This defeats the purpose of consuming bird’s nest at all!

8. How to boil your own bird’s nest

The best way to get 100% bird’s nest goodness is to boil your own. The process is a bit of an arduous and time-consuming one, but it’s well worth the effort. According to Xin Yan Bird’s Nest, here’s how you do it.

It’s best consumed chilled or at room temperature, so be sure to let it cool before digging in.

While boiling your own bird’s nest definitely requires more effort, you’ll have full control over the ingredients and can pimp it to your liking. Wolfberries? Fruit? Less sugar? It’s all up to you.

9. You can do more than just drink bird’s nest 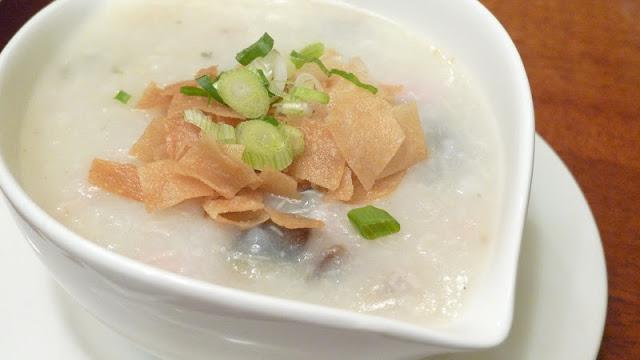 Traditionally, bird’s nest is consumed either hot or cold as a soup. But did you know that there’s so much more you can do with your bird’s nest?

How about adding it to the filling of your egg tarts for something that’s both tasty and nutritious? Or try giving traditional jelly an extra oomph by mixing some bird’s nest in with your gelatin? Instead of using rock sugar, why not make your bird’s nest soup a savoury one with mushrooms, fish maw, and scallop or even a delicious congee.

There are so many ways you can enjoy bird’s nest – so don’t hold back!

One of the nicknames given to bird’s nest, especially the creamy-white nests of the highest grade, is “white gold”. These nests take the cake for being one of the most expensive animal products consumed by humans. 1kg of bird’s nest can cost as much as S$3,560! That’s more than one year’s worth of polytechnic tuition fees.

While it seems like an awful lot of money to pay for something that seems like glorified swiftlet spit, when you think about the incredible slew of its touted benefits, and the risks taken to harvest them, the hefty price tag starts to make sense.

However, not all quality birds nest requires you to spend a fortune – Xin Yan Bird’s Nest gives you excellent bird’s nest at a fraction of the cost of other retailers. Their highest grade of bird’s nest retails at S$259 for 50g, which is a pretty good deal.

Be a savvy bird’s nest buyer!

Now that this crash course has made you a junior bird’s nest connoisseur, whether you’re buying it for yourself or getting it as a gift for someone, you’re now equipped with the knowledge to make sure what you’re paying for is 100% legit! 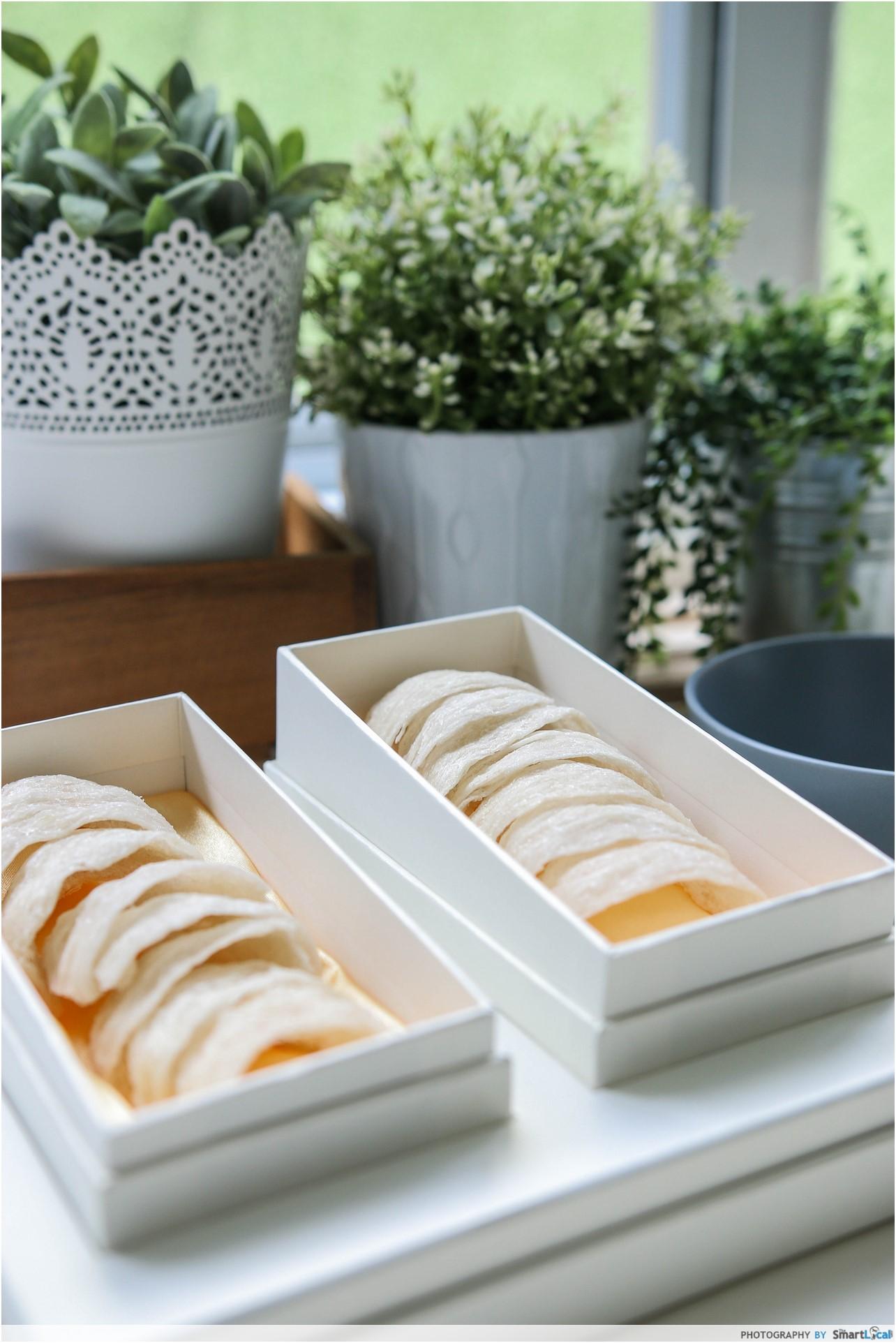 This lunar new year, instead of the usual Niangao – why not give the gift of bird’s nest instead? With prices starting from S$318 for 100g, this beautiful gift set from Xin Yan Bird’s Nest is bound to delight your relatives, and make you the star of your reunion dinner.

The next time you take a sip of bird’s nest, relish the taste and the complexities that are behind it. Live long and prosper!

To stand a chance to win, just follow these two easy steps:

The contest ends at noon on 20th January 2016, and winners will be announced on 22nd January 2016. Go forth and reap the benefits of a great bird’s nest!

This post is brought to you by Xin Yan Bird’s Nest.