If you’ve missed Nicole’s post earlier about ChunkFest 2013, well here is what happened on the day! Averlynn and Nicole were down to cover all the Ben & Jerry goodness that was happening live at the ChunkFest annual ice cream festival.

Averlynn: At the media preview for Ben & Jerry’s Chunkfest 2013! Doors will be open to the public at 2pm. There will be exclusive flavors from the US like Candy Bar Pie & Banana Peanut Butter Greek Yogurt so head on down to The Promontory @ Marina Bay!

Averlynn: The strong winds kept blowing my dress into the picture hahah. But anyway, the really nice scooper allowed us to pack 2 scoops of ice cream into a pint (cos we couldn’t have anymore hahaha) and he even offered to pack it with dry ice.

Got my favorite of all the flavors- Liz Lemon Greek Yogurt & White Russian- Coffee I/C with coffee liqueur. 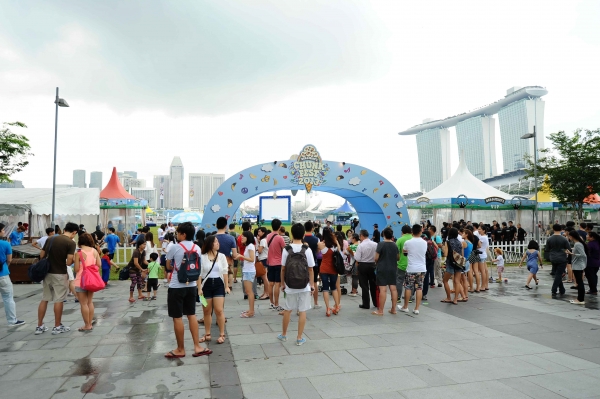 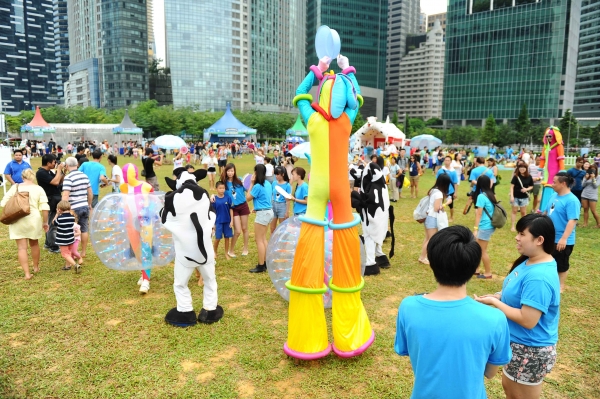 Fans of Ben & Jerry’s turned out in droves for the annual ice cream festival ChunkFest that was held at The Promontory @ Marina Bay on 12 October 2013. ChunkFest 2013 had the unique theme of ‘a little weird and A LOT fantastic’ to celebrate Ben & Jerry’s culture of fearless innovation which has produced countless innovative flavours full of wacky, out-of-this-world combinations.

Ben & Jerry’s also introduced a new flavour to Singapore, Couch Potato, a wacky concoction that is both sweet and savory (see Appendix A for detailed flavour info)!

This year, a total of 18 flavours made available to the fans with 13 exclusive US flavours flown in just for the day. For the first time ever, Ben & Jerry’s held an open air MOOvie screening at ChunkFest. The choice of movie ‘Charlie and the Chocolate Factory’ was fan voted via Ben & Jerry’s Facebook page, adding on to the a little weird and A LOT fantastic flavour of the festival. 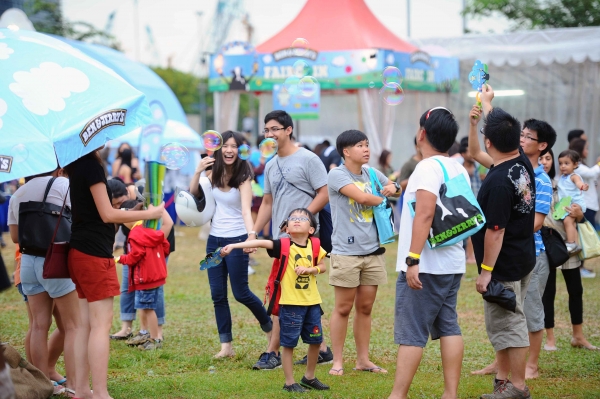 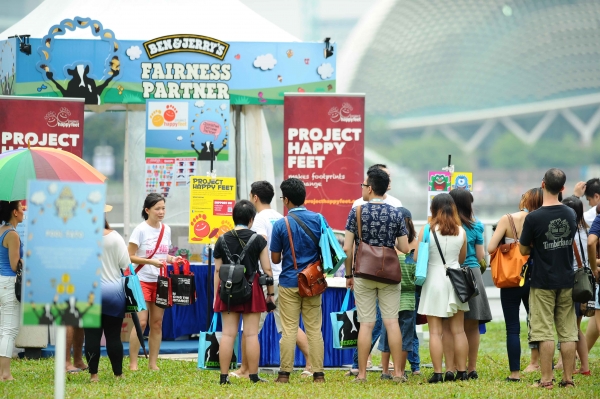 Other than ice cream, five Fairness Partners were also invited to champion their causes at the festival. They include returning partners Blessings in A Bag, Dyslexia Association of Singapore and Project Happy Feet, and new partners Kerbside Gourmet and Chris’ Café @ The Hub.

From selling merchandise, delicious gourmet food and coffee and organising fun games, the Fairness Partners were able to leverage ChunkFest as a platform to raise awareness and funds for their causes. 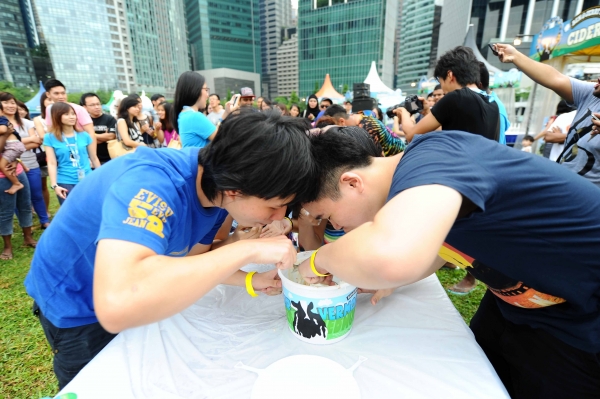 The ever-popular Vermonster Challenge (where fans take part in teams of four to compete to see who will be the team to finish the challenge of 20 scoops of ice cream and toppings in the shortest time possible) renews its record again; a jaw-dropping new timing of 18 seconds.

Winning team Faire la Croquette Ben & Jerry’s was a returning participant, having taken part in Vermonster at ChunkFest 2012 as well, and had practised hard to shave off precious seconds from their previous timing of two minutes.