Singaporean landmarks: past and present

We all know the old adage: “Singapore progressed from a third-world to first-world country in under 50 years.” Simply flip through the pages of any social studies textbook to see past photos of Singapore in its full glory.

That said, you can’t really feel the full brunt of our progress until you’ve visited those places in your textbook and compare them to the past. Well, in the spirit of Majulah Singapura, we spent an entire afternoon visiting 8 places around Singapore just to see how much we’ve changed. 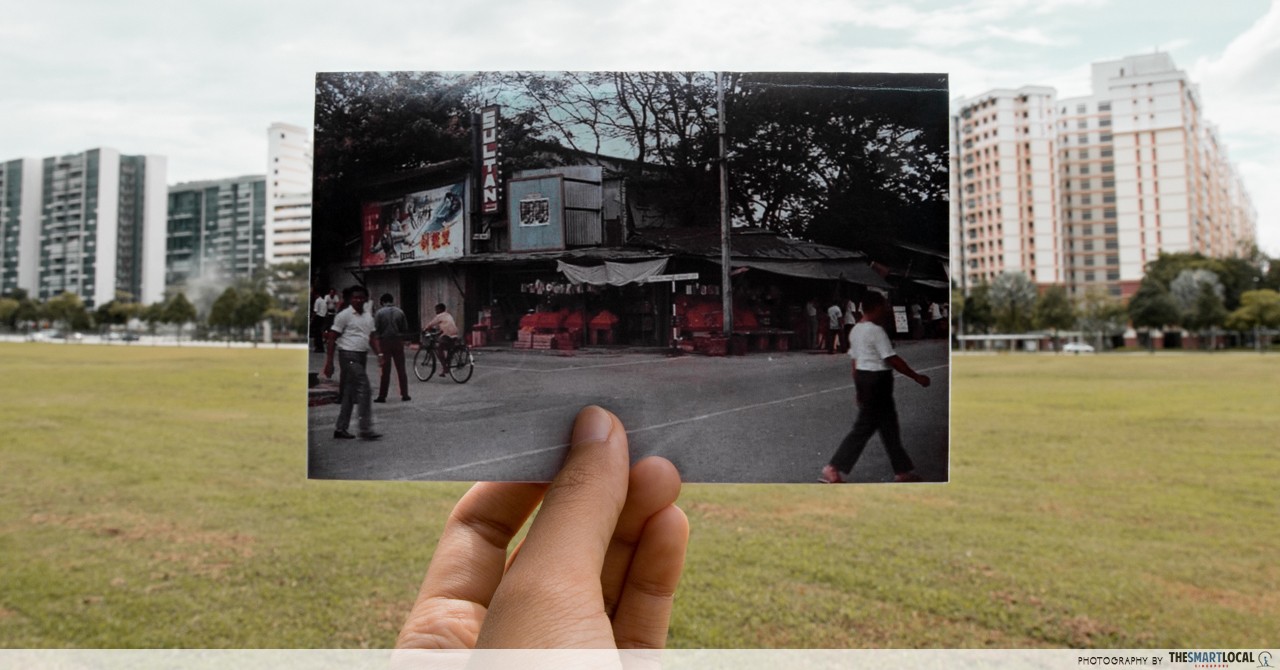 Old-gen Northies will probably be familiar with Chong Pang Village – an area famous for its hawker centre whose past tenants are still around in Sembawang. 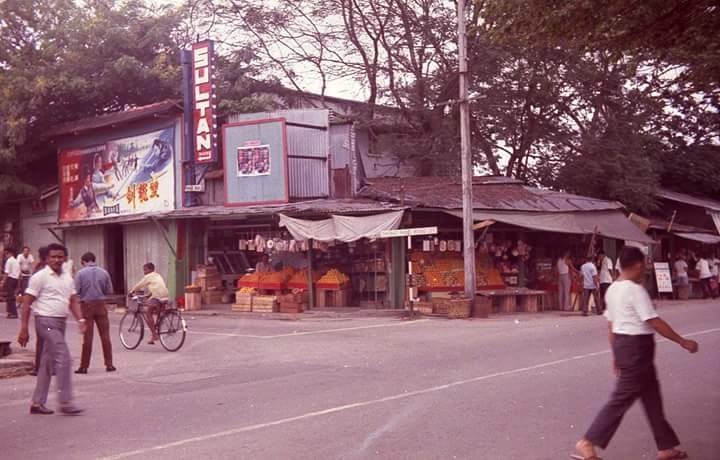 Named after Lim Chong Pang, the village was also home to Sultan Theatre – an open air cinema that was the go-to place for villagers to catch Hollywood and Hong Kong movies. 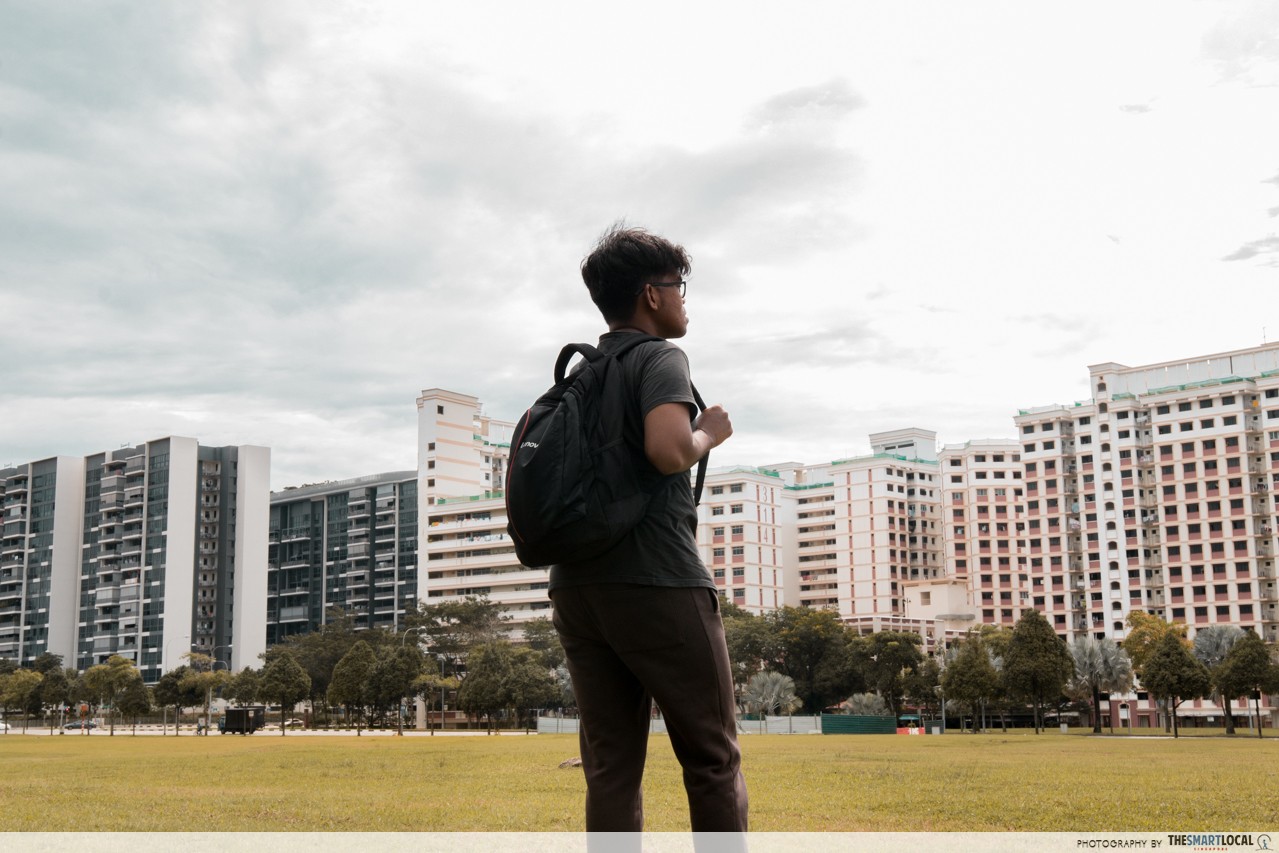 Unfortunately, the village began declining in the mid-1980s due to urbanisation and by 1989, the villagers resettled to the newly-developed Sembawang New Town. Now, what remains of this once-bustling place is a huge plot of land surrounded by condos and flats. 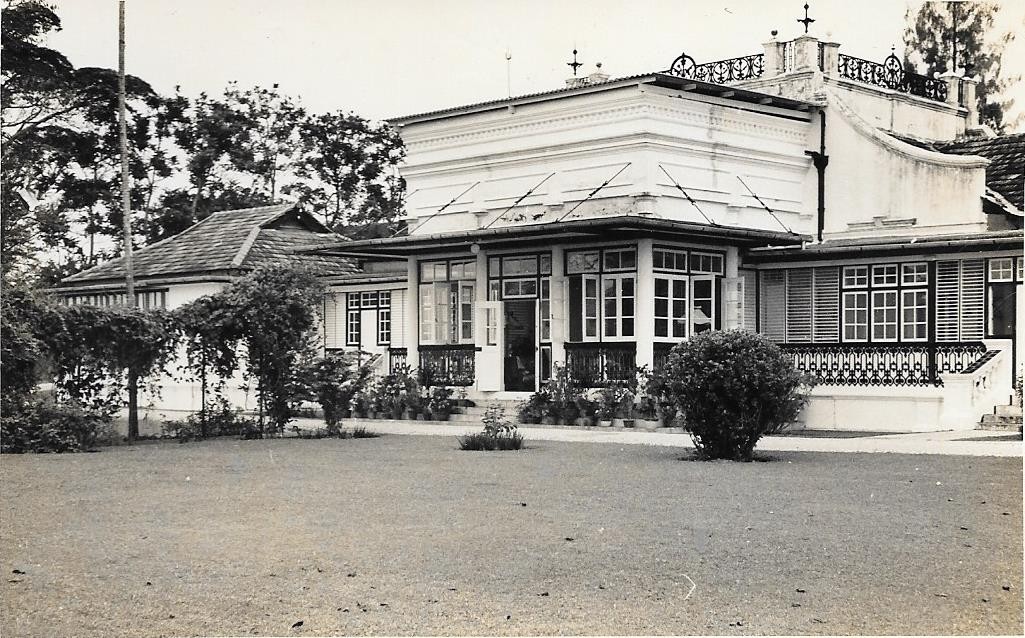 Built in the 1910s, the Beaulieu House is one of the last few remnants of colonial Singapore and while its monochrome facade remains untouched, step inside and you’ll see a world of difference. 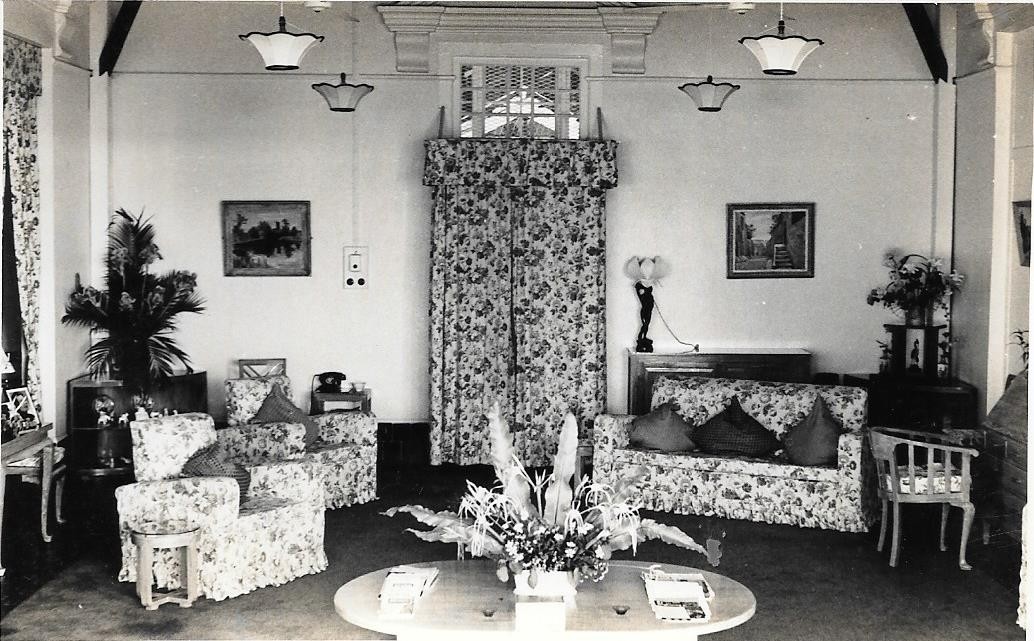 Interior of the house when it was occupied by the British
Image credit: Beaulieu House Restaurant

What was once the living quarters of many high-ranking British naval officers has since been spruced up to the Beaulieu House Restaurant featuring a cleaner aesthetic to accommodate diners. 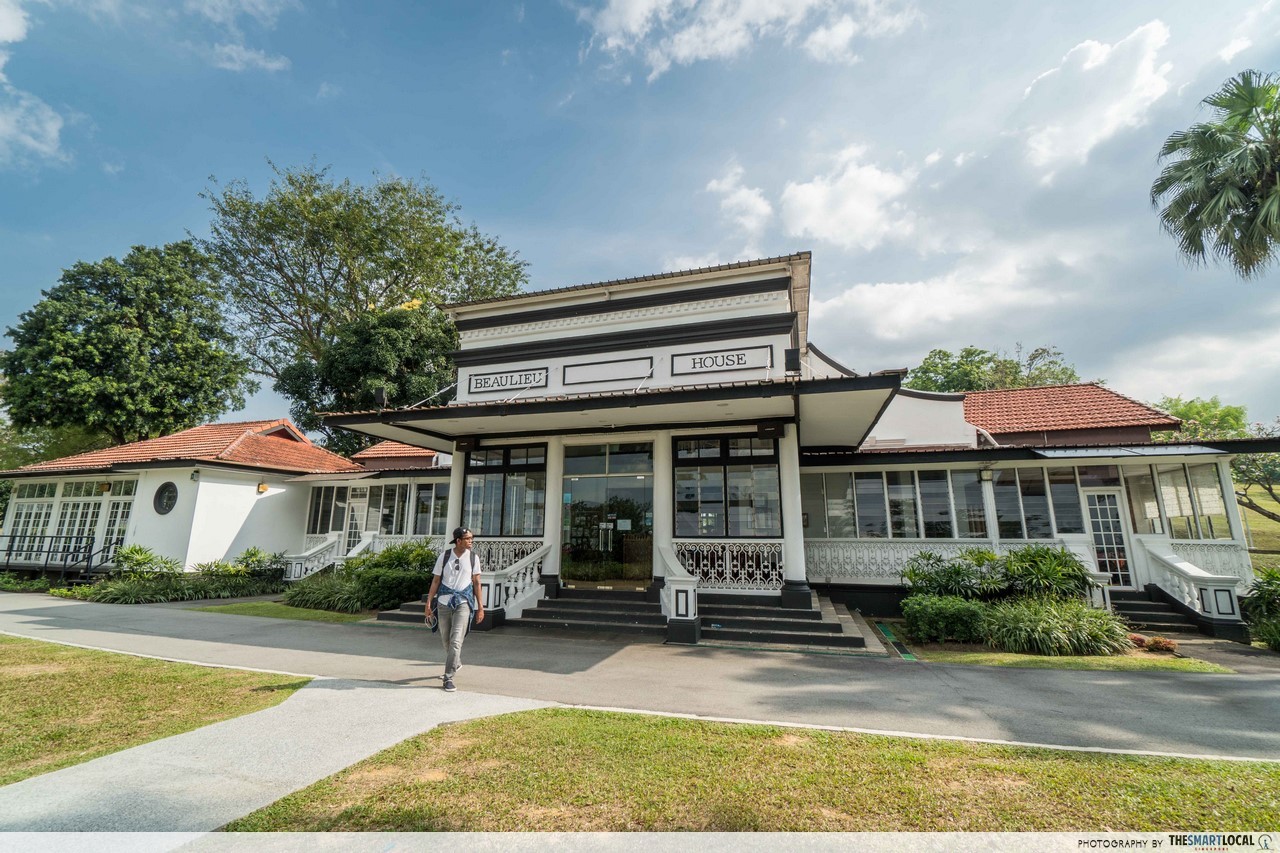 The house was bought by the British forces in 1923 and served as the residence of various admirals until 1968, when the British government withdrew their military force. 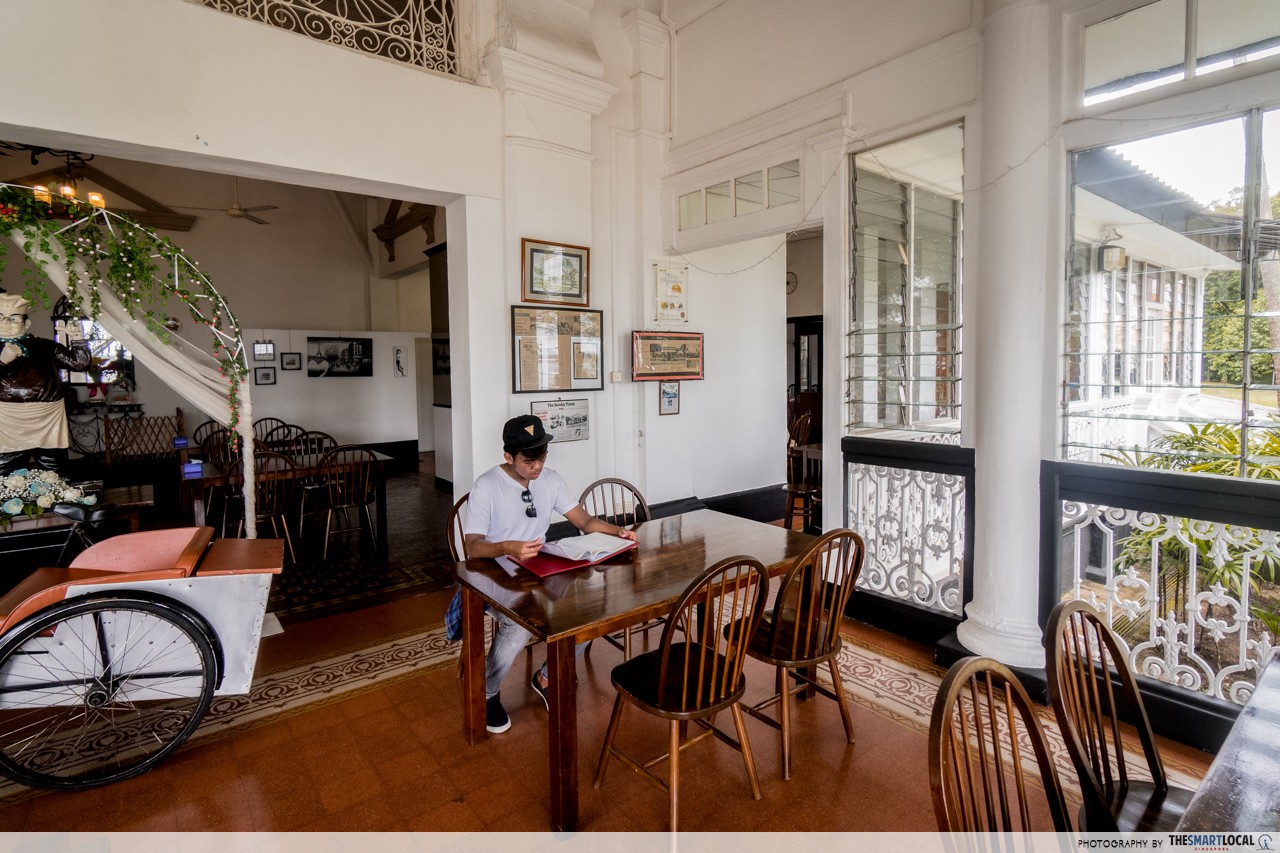 Following the withdrawal, the house was handed over to the Singapore government and in 1981, the house began operating as a restaurant. Now, you can come here to enjoy Chinese and Western cuisine at reasonable prices in a rustic atmosphere. 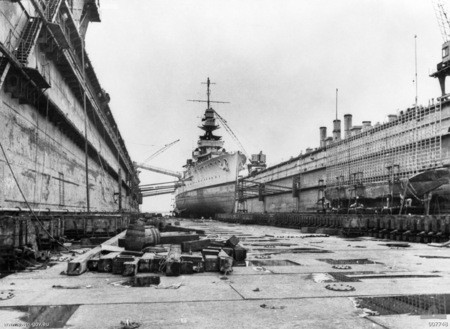 As you relish in the glorious seabreeze at Sembawang Jetty, waiting to reel in those fishies, you’ll prolly notice the fleet of ships just a stone’s throw away at the Sembawang Shipyard. It’s hard to believe that just 80 years ago, that very shipyard was the Singapore Naval Base and was a key component in the British plans to defend the East. 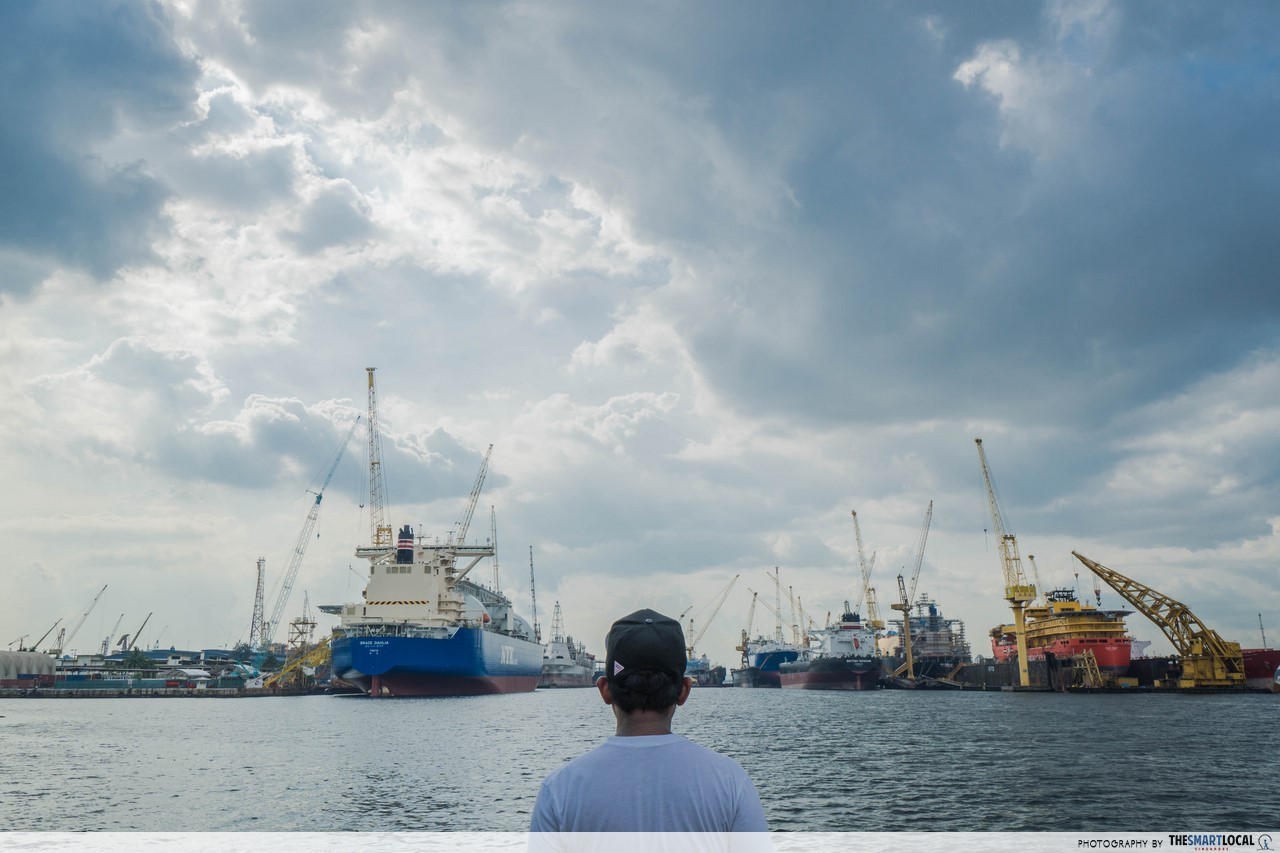 After the war,  the Singapore government converted the naval base into a government-linked commercial enterprise, and the area surrounding the shipyard was developed into a park. 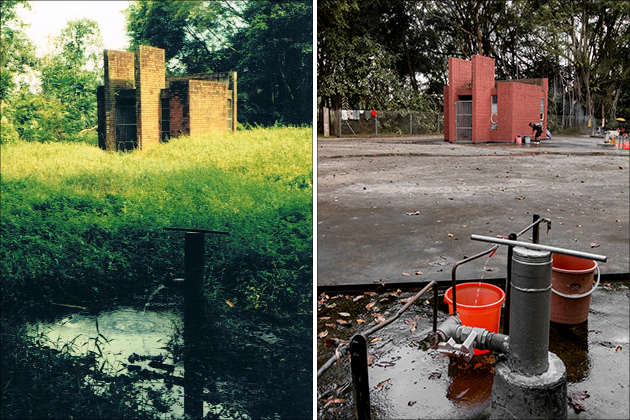 Our very onsen, Sembawang Hot Spring, was first discovered in 1909 by a Chinese merchant in his pineapple estate. As the years passed, the spring became popular with the villagers who used its water for various purposes like good luck, healing rheumatism, and even boiling eggs. 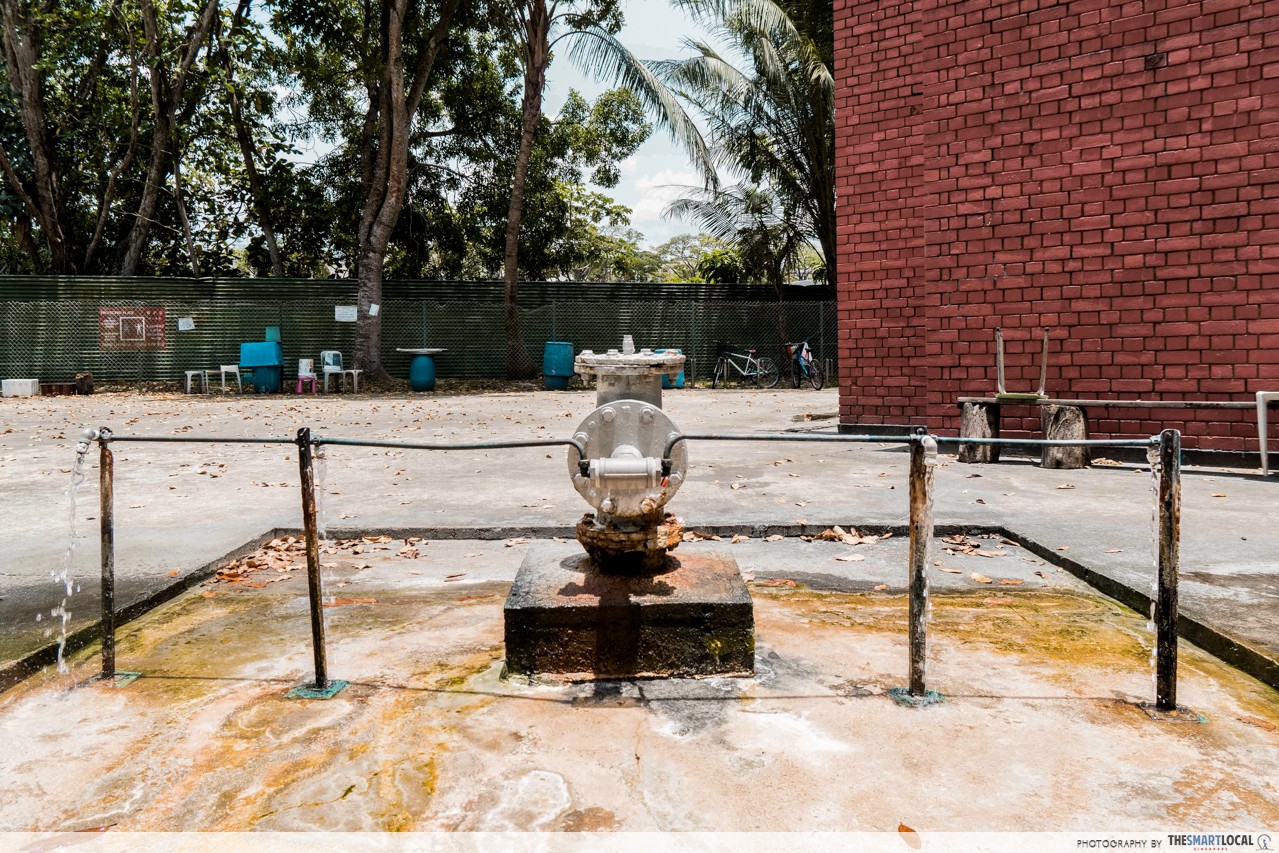 The taps have to be constantly turned on to prevent the pipes from bursting.

In 2002, the spring underwent renovation works and a cemented walkway replaced the muddy footpath and drainage pipes were installed to make the place cleaner and more accessible. 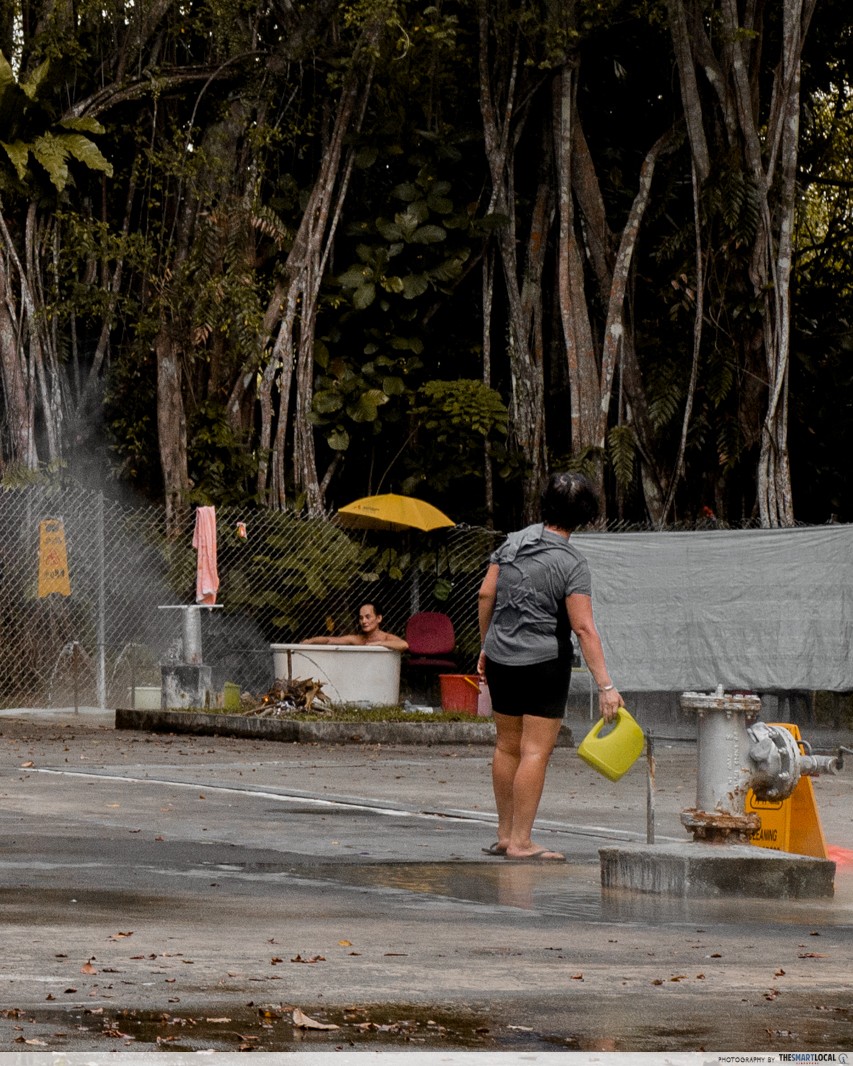 Come by any day and you’ll see pails lined up near the pipes, with people either soaking their feet or even bathing in the water. In 2019, the hot spring will undergo a revamp and include cool new facilities like a floral walk, cascading pool for foot baths, and a cafe! 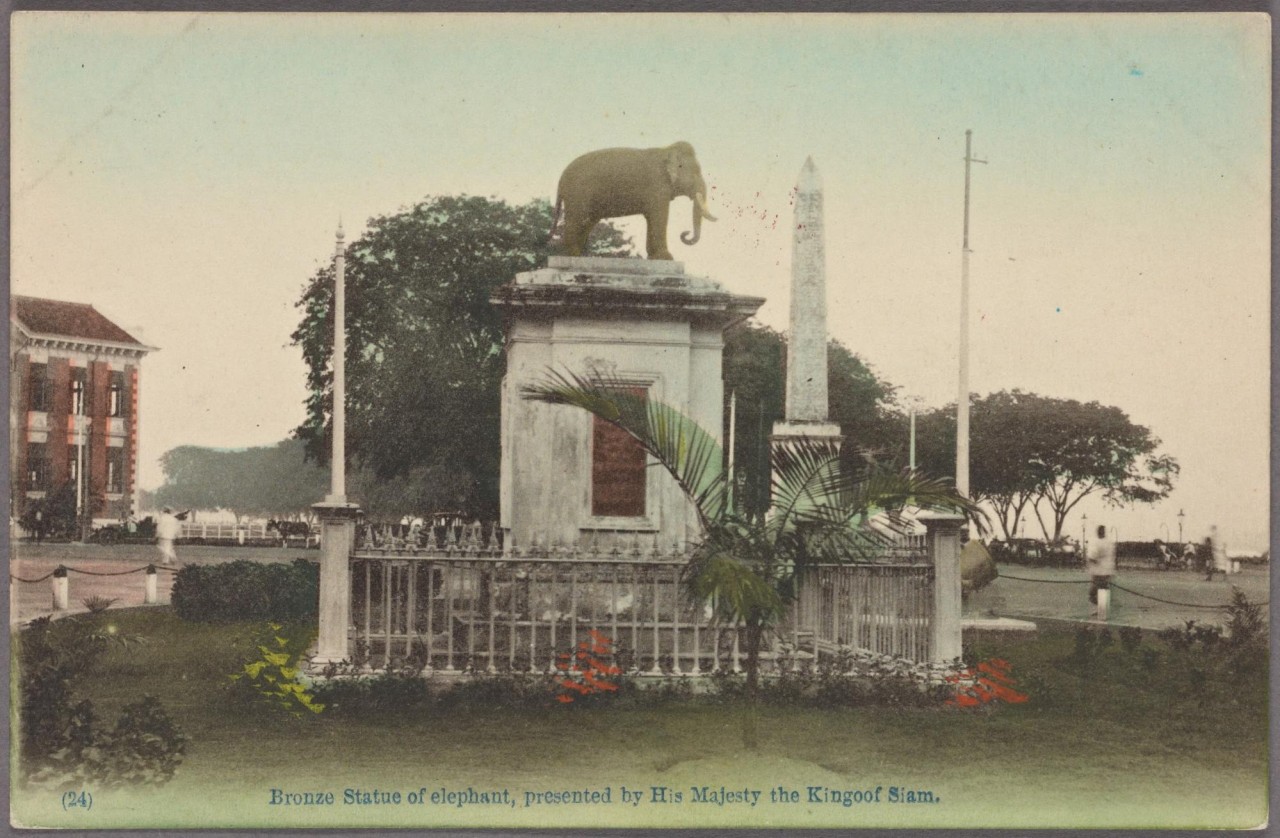 Those who’ve visited the The Arts House at The Old Parliament will definitely notice the bronze elephant statue in front of the building. That statue was a gift from Thailand’s King Chulalongkorn to commemorate his visit to Singapore in 1871, which was the very first time a Thai monarch visited a foreign land. 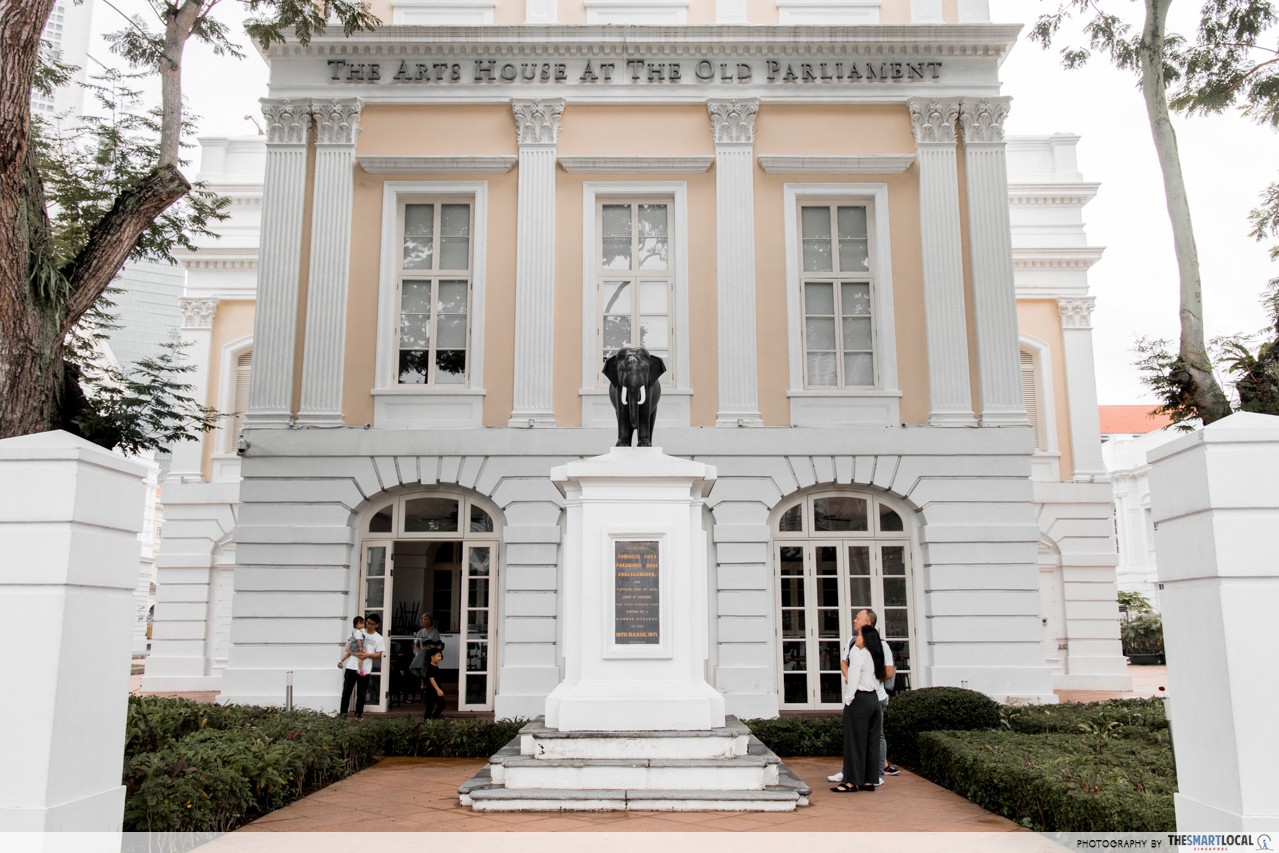 Originally erected in front of the Victoria Memorial Hall in 1872, the statue was relocated to its existing location in 1919 to commemorate Centenary Day, 100 years since Singapore’s founding by Stamford Raffles. 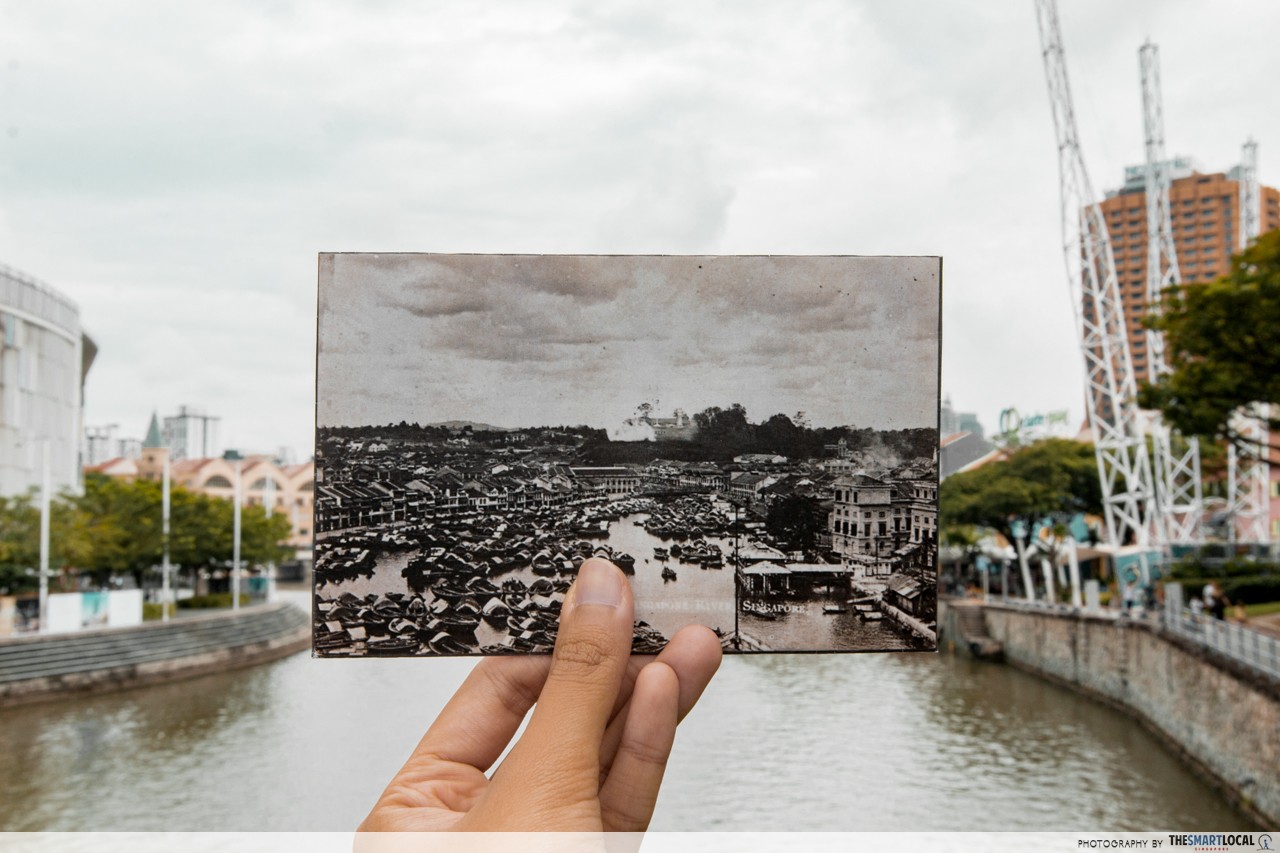 Kit Chan wasn’t kidding when she sang “sail down the river which brings us life” in Home, ‘cause the Singapore River was once the very lifeblood of the country – being the center of commercial activity. 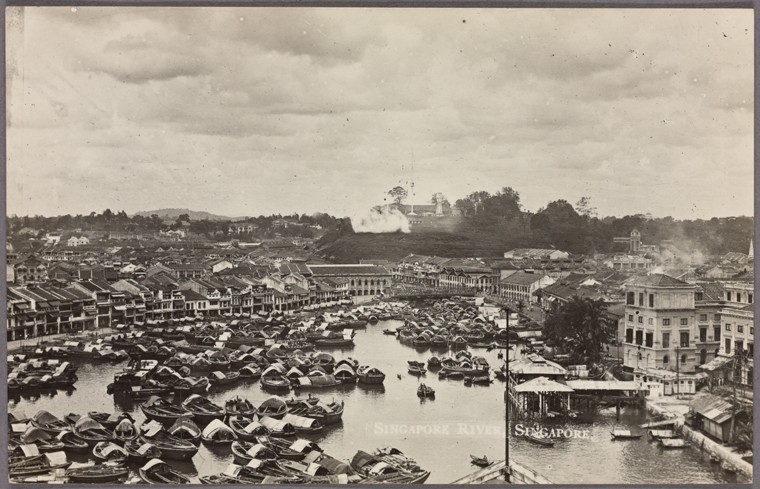 At the height of its prosperity, you could see all sorts of bumboats and sampans by the river, which naturally led to tonnes of pollution lasting decades. Finally in 1977, then-Prime Minister Lee Kuan Yew called for a cleanup of Singapore’s rivers which cost the government $300 million. 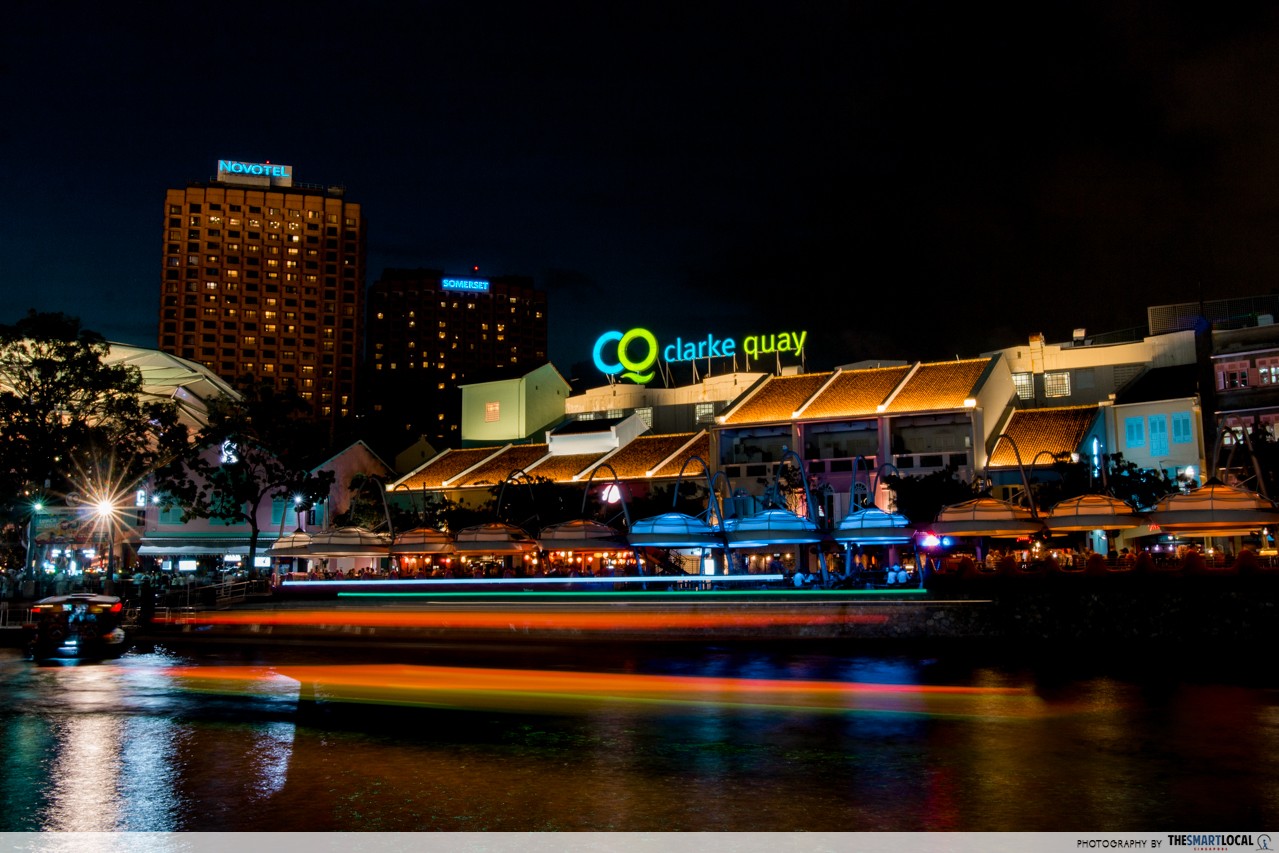 Now, you can see just how much the river’s surroundings has changed with hundreds of tenants setting up their businesses around the river. 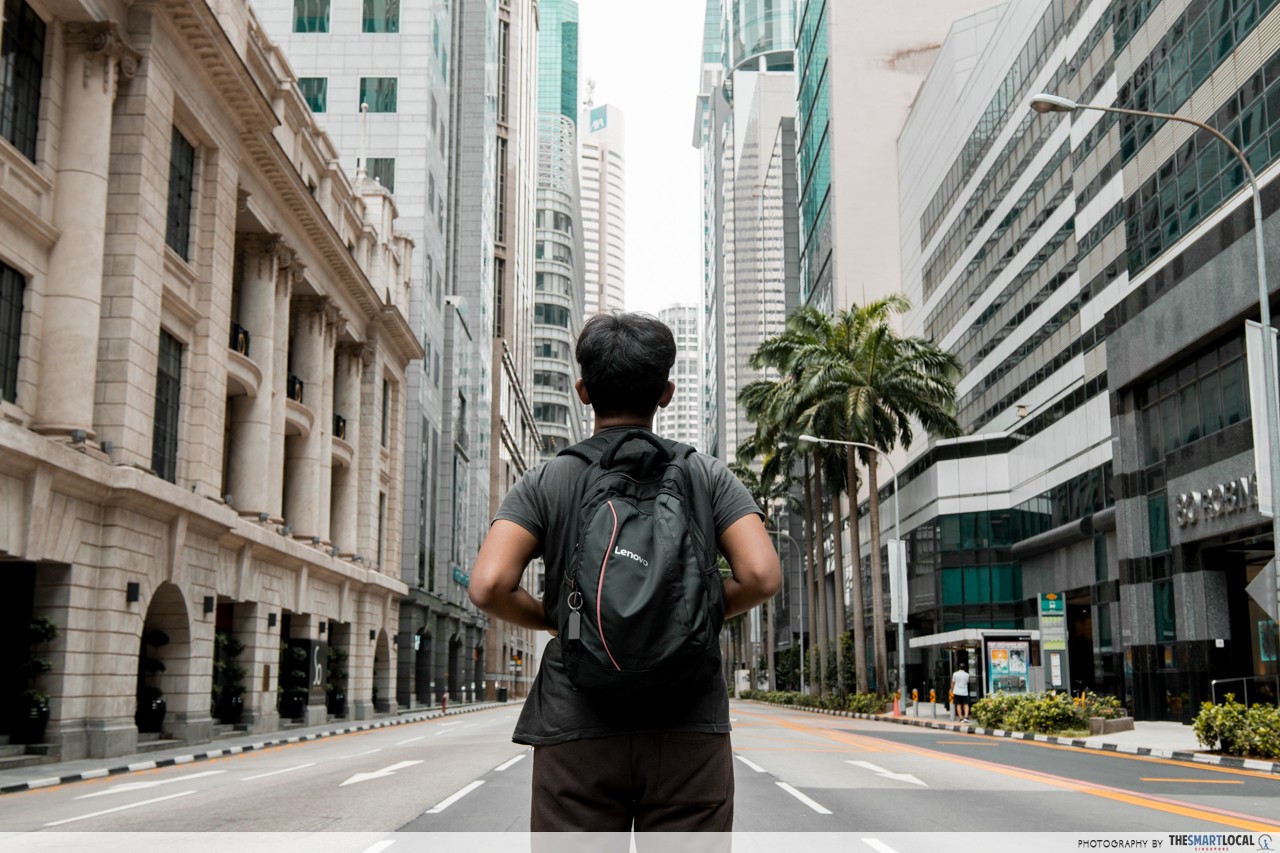 Despite being a one-way street, Robinson Road is flanked on both sides by a bevy of towering skyscrapers such as Robinson Point and AIA Tower. 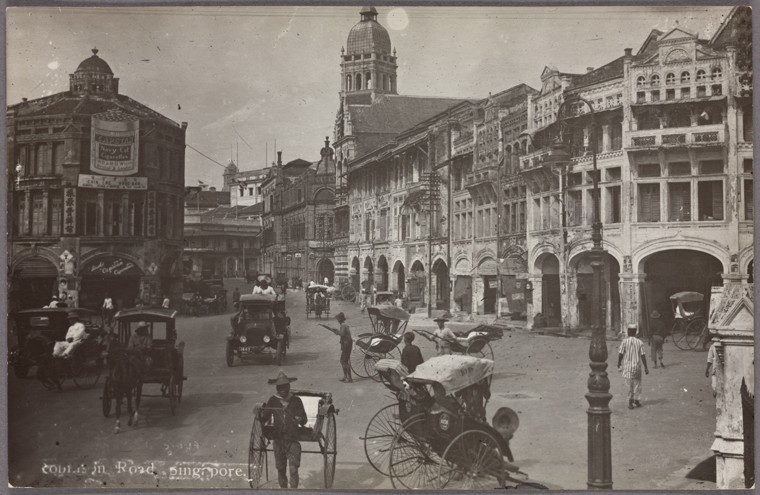 The road screams corporate so much that it’s hard to believe that just under 70 years ago, it was a wide open street frequented by rickshaw riders ferrying staff of the Criminal Investigation Department and Chinese newspaper Sin Chew Jit Poh. 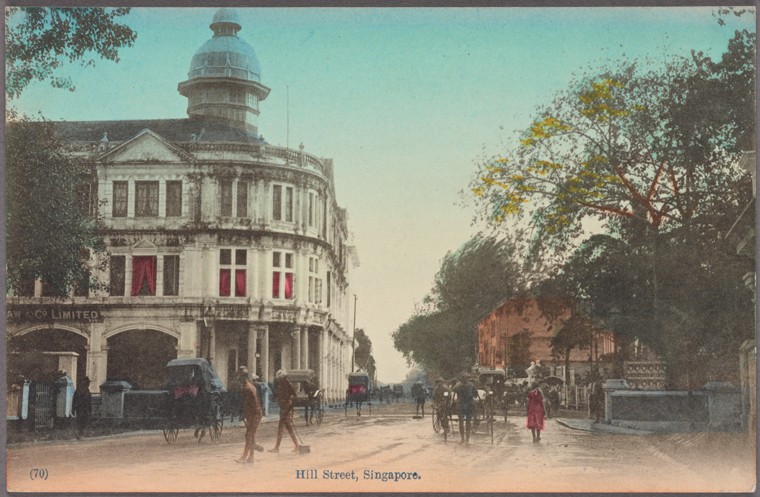 Just at the junction of Hill Street and Stamford Road sits the Stamford House. Built in 1940 as a retail store, the building features Venetian Renaissance influences like keystone arches and solid granite columns. 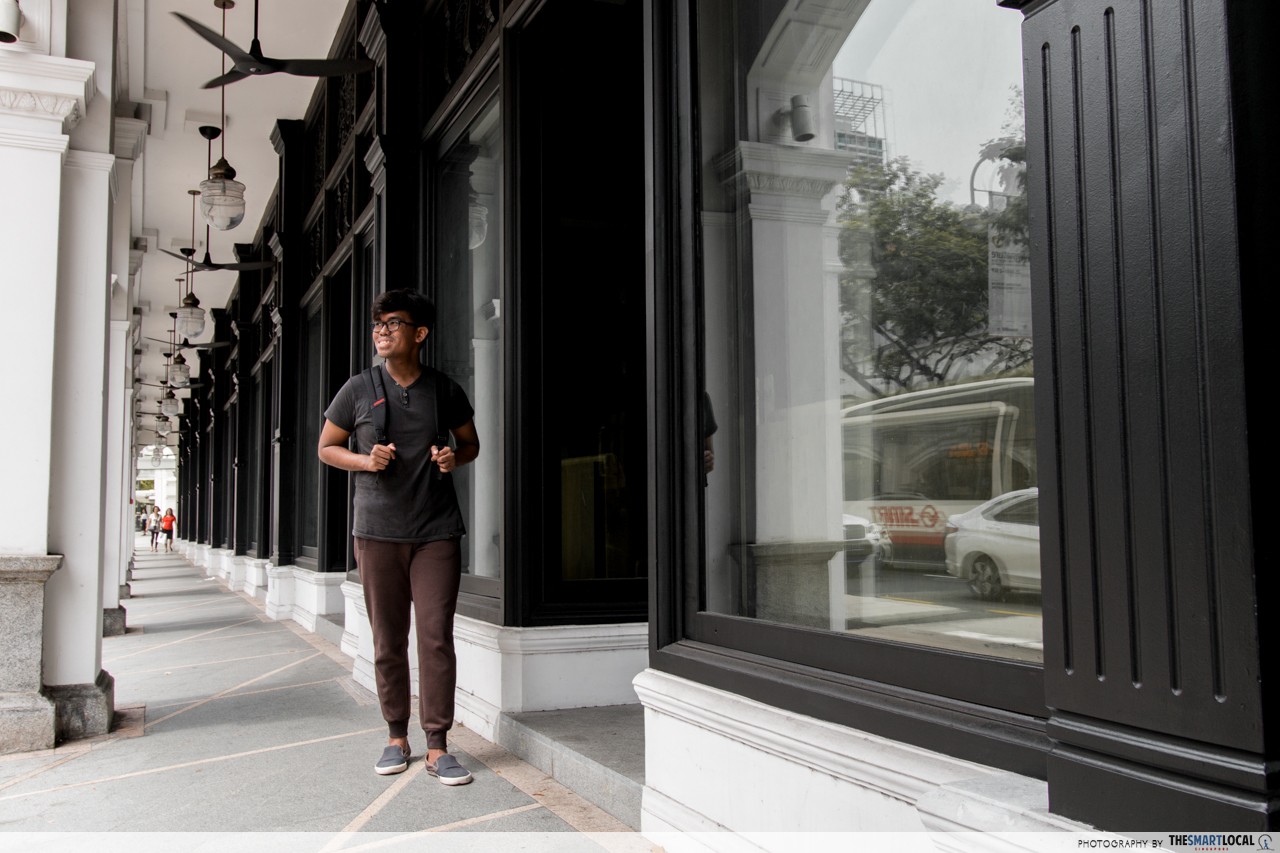 Over the years, the building was managed by different people and even served as a hotel for Japanese soldiers during World War II. 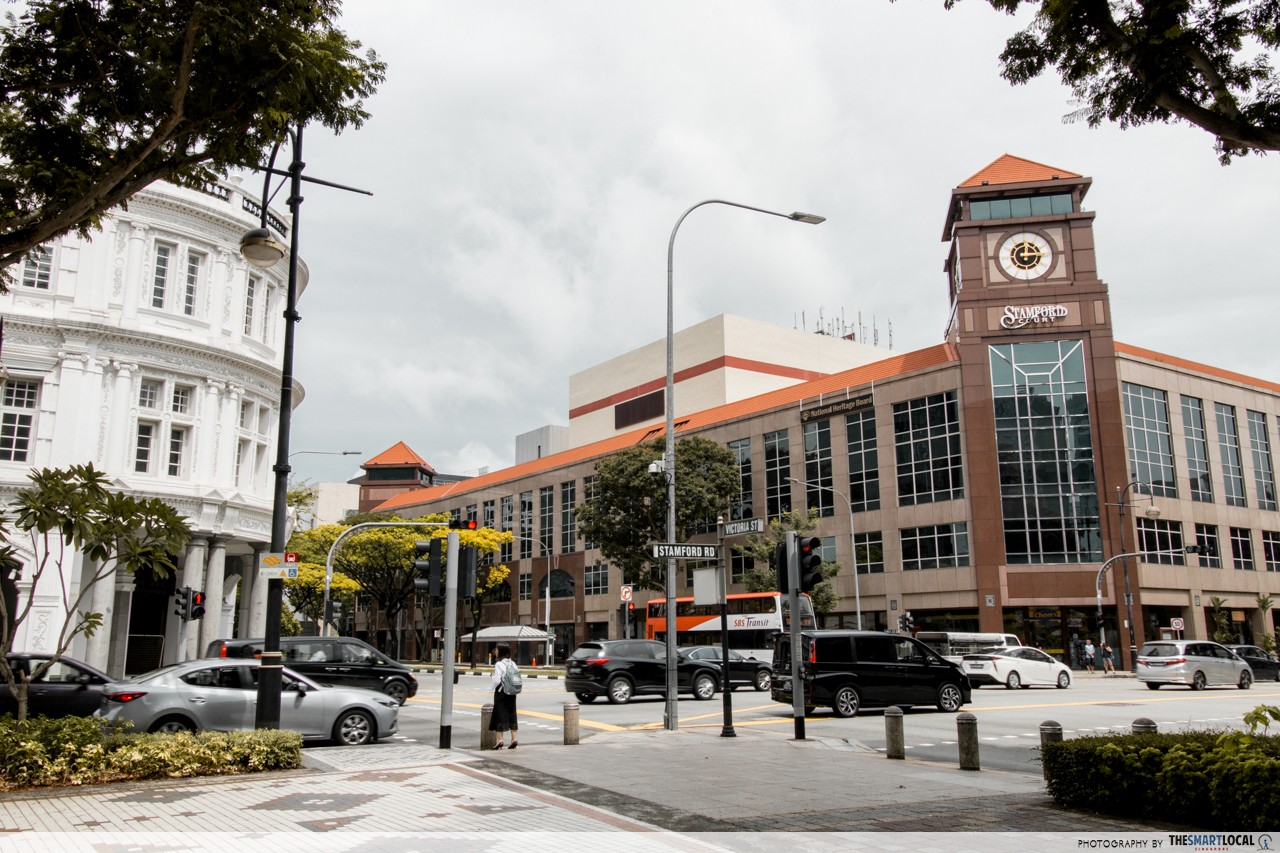 In 1991, Stamford House underwent extensive conservation and restoration works, and was fitted with new features like central air-conditioning, escalators and lifts. Now, the building has been redesigned as a six-star hotel called The Patina, which has over 150 rooms and a saltwater relaxation pool.

History of famous landmarks in Singapore

From a sleepy village to a garden city. The next time anyone needs further proof, simply show them these landmarks which have glowed up over the years.

Learn about the town’s latest happenings at Kampung Sembawang 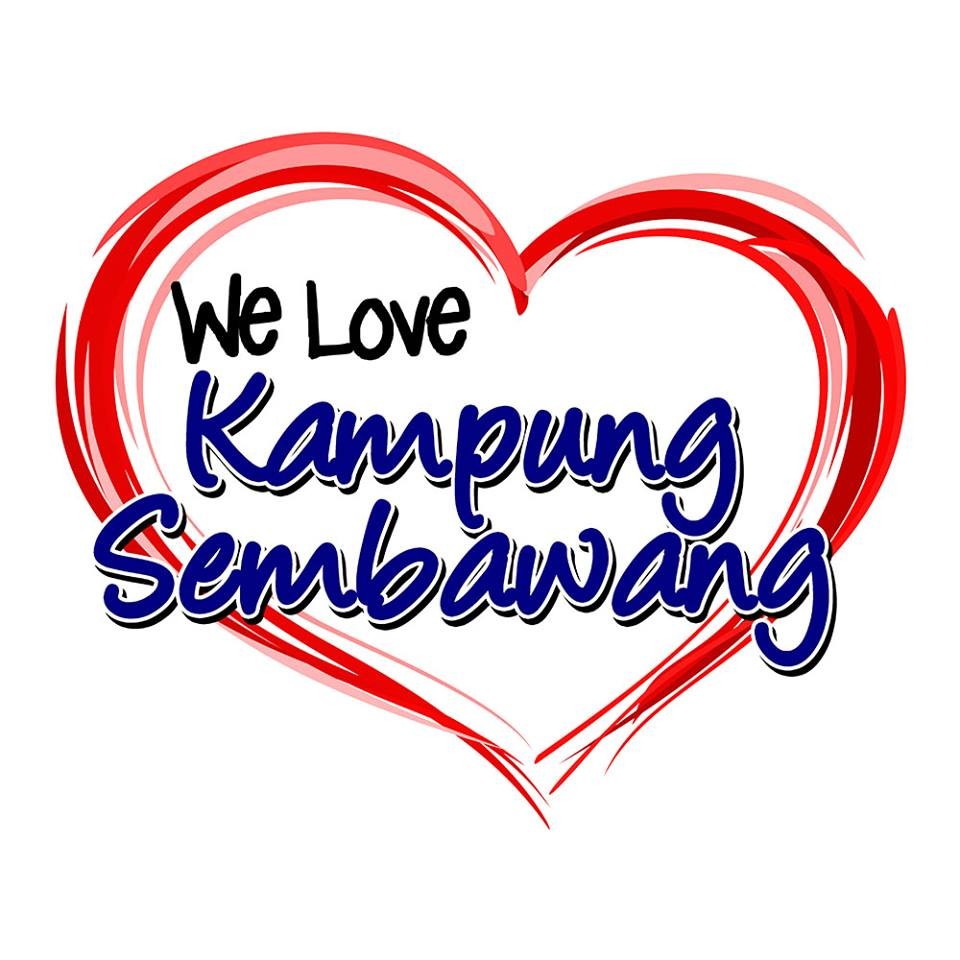 You’ll find landmarks all over Singapore but only Sembawang has them in spades. The town is home to all sorts of relics from our country’s past but even then, it’s finding new ways to develop as seen in the upcoming Sembawang Hub.

To know more about Sembawang’s past and present, head to the Kampung Sembawang Facebook page where you can also find feature pieces on the interesting people and places here.

ASICSTIGER's Special Edition Gel-Mai Knit Has A Matching G-SHOCK To Rock Your Street Look
Challenger Has Weekend Deals In July Up To 80% Off So You Don't Have To...