Before the era of Staycays and Cafe-Hopping 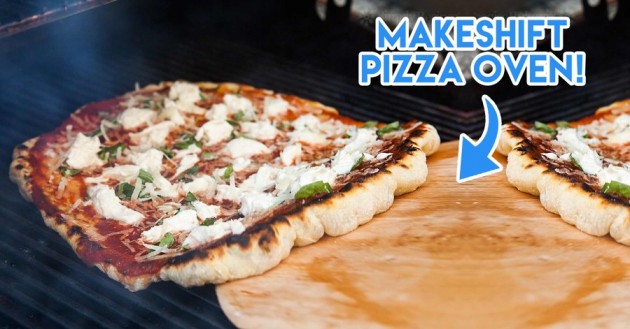 In my uniform-clad days, I remember fondly how excited the cohort got when the holidays were about to roll in, because along came the incessant invitations to chalets and barbeque gatherings. While hanging out with friends was always a treat, food offered at such events typically left much to be desired, ranging from sausages so burnt they resembled the charcoal beneath them and chicken wings pink on the inside.

Rather than reveling in these globules of teenage nostalgia, perhaps it’s time to rally the old gang from the class of ‘08 for an old-school grill out. Lost touch or not, here are 11 nifty hacks that’ll make you a BBQ maestro even if you used to be that kid who just sat and wait for food to be cooked.

1. Microwave raw meats beforehand, and finish cooking on the grill

Just like how there’s always a ‘mom’ in a group of friends, one or two will always emerge as the resident cook during a barbecue. As experienced as this cook may be though, you’ll inevitably end up with oxymoronic slabs of meat burnt to a crisp on the outside and raw on the side.

Microwaves may be a culinary faux-pas, but with this hack you’ll still impart the smokey flavour BBQs are synonymous with, except at a fraction of the time. In return, you’ll have more time to socialise and no one will be able to tell a difference. 😉

2. Break wings at joint for even cooking 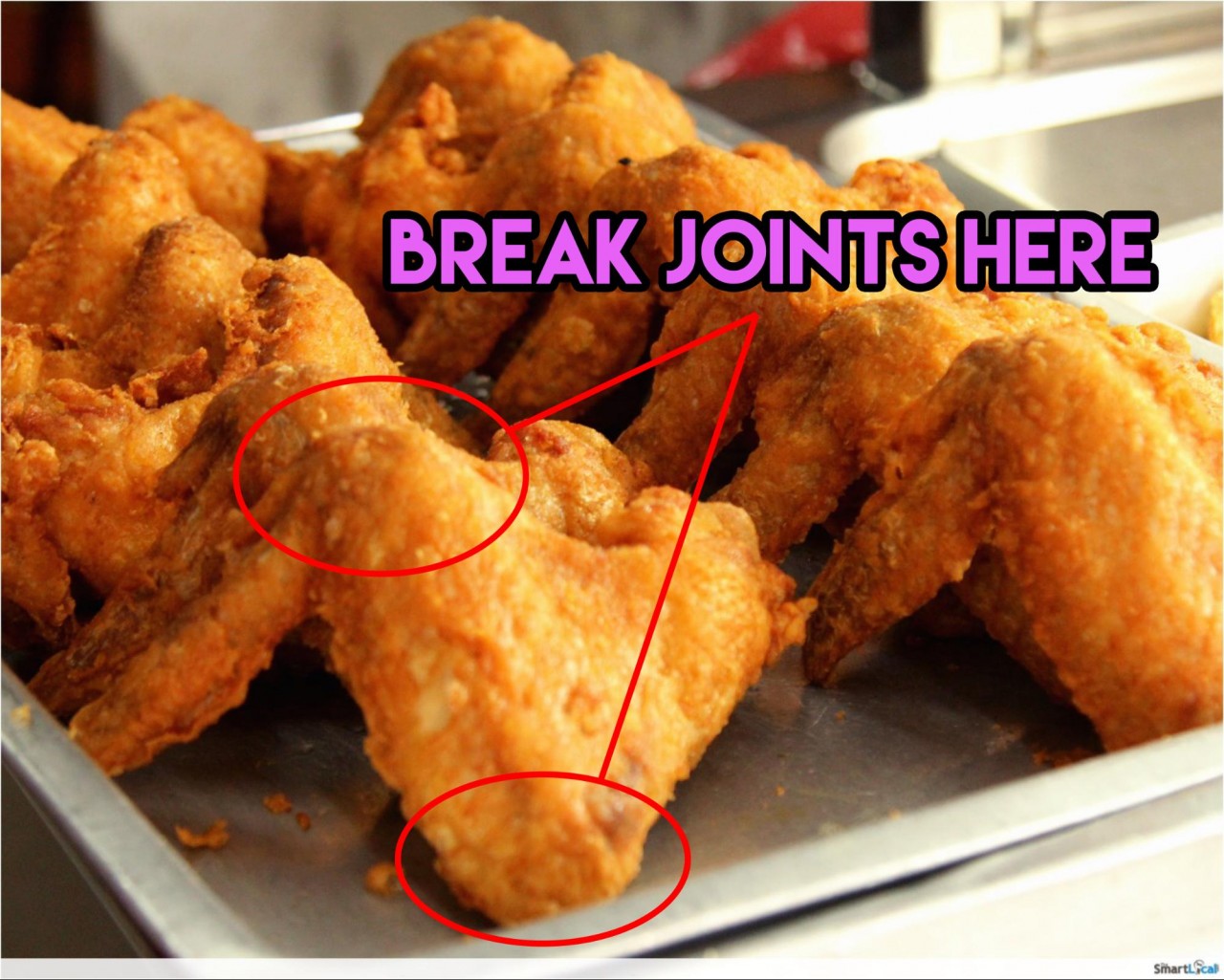 Among the most likely disasters that’ll happen during a barbecue, biting into a chicken wing raw in the centre ranks pretty high next to setting your marshmallow ablaze. Rather than compensating by overcooking, break the mid-joints of the wings so the entire piece of chicken lays flat on the grill.

For extra safety, prop a satay stick into the thickest part of the chicken. If nothing or a clear liquid oozes out, this classic bbq staple is ready to serve.

3. Alternative desserts to grill other than marshmallows 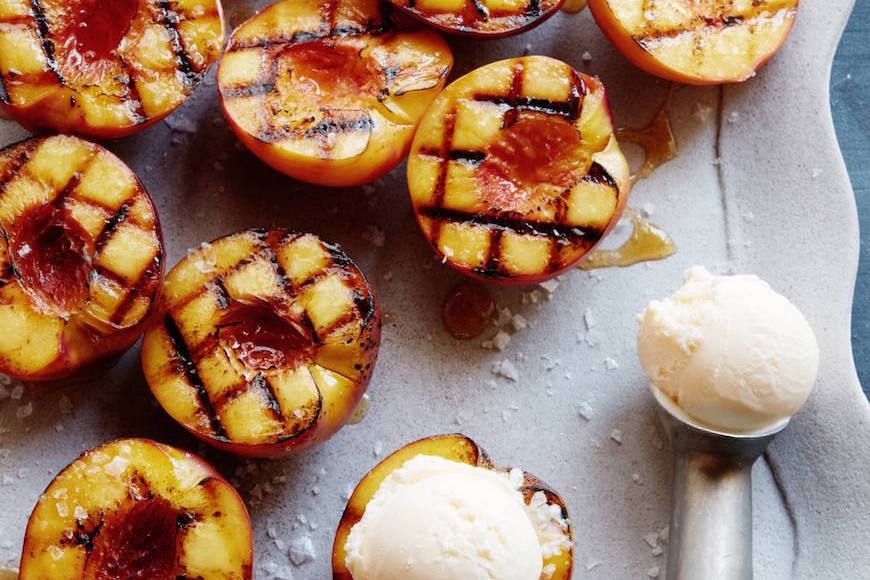 The traditional group activity through the ages has been to gather around the pit for some good ol’ marshmellow roasting. Not that I’m complaining at all, but it’s 2016 guys – time to experiment a little when comes to BBQ desserts. It might strike you as odd at first, but fruits and treats like pineapples, peaches, and poptarts taste so much better when anointed with grill marks.

For the fruits, 5 – 7 minutes on each side will do and the pop tarts are ready when you see the filling begin to melt a little. For an added bit of warmth and decadence, sprinkle a dash of cinnamon sugar and allow it to caramelise into a golden syrup before sinking your teeth into these warm sweets.

4. Lay the bottom rack with aluminium tray for an easy AF cleanup 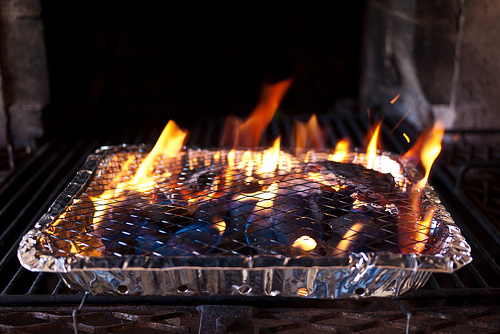 Post barbeque clean-up can be a bitch, especially when it comes to the pesky charcoal. Often, the party ends before the coals cool down enough to dispose of and the next group of users have to be the one cleaning up the remnants. And sometimes, that next group happens to be you.

Before the evil cycle continues, place the coals on an aluminium tray before lighting up. That way, you evade having to get your hands dirty with ashes when the bbq ends; or if laziness prevails, the next group of grillers only have an aluminium tray to dispose of.

5. Make your own beer can chicken 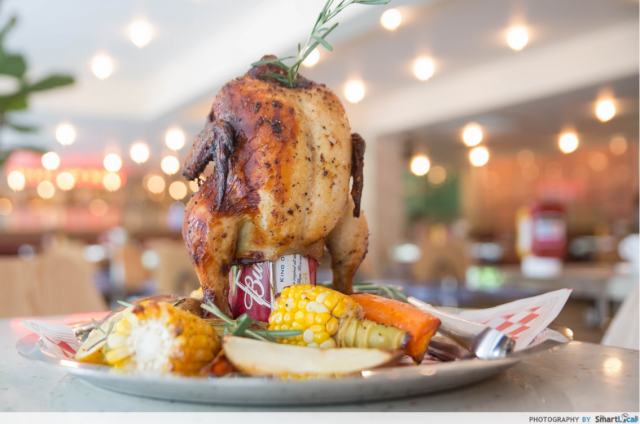 Yes, YOU can totally make this

Beer Can Chicken is known for its moist meat and can look like quite the get-up to prepare. Though in reality, the real challenge is balancing the chicken and can on the grill. Start off by seasoning the chicken with the holy trinity of garlic butter, salt and pepper. Then, procrastinate as much as humanly possible before allowing yourself to do the inevitable – stuffing the badonkadonk with half a can of beer with a few sprigs of rosemary/thyme.

Wrap the chicken in aluminium foil and let it roast for one to two hours. It may take some time to cook, but once you serve, your guests are going to be enamoured.

Most recipes require you to cover the pit while roasting, but here’s one way to get your chicken done without a lid.

Tip: For an alcohol-free alternative, swap the booze out for ginger ale.

6. Transform the pit into a makeshift oven for pizzas 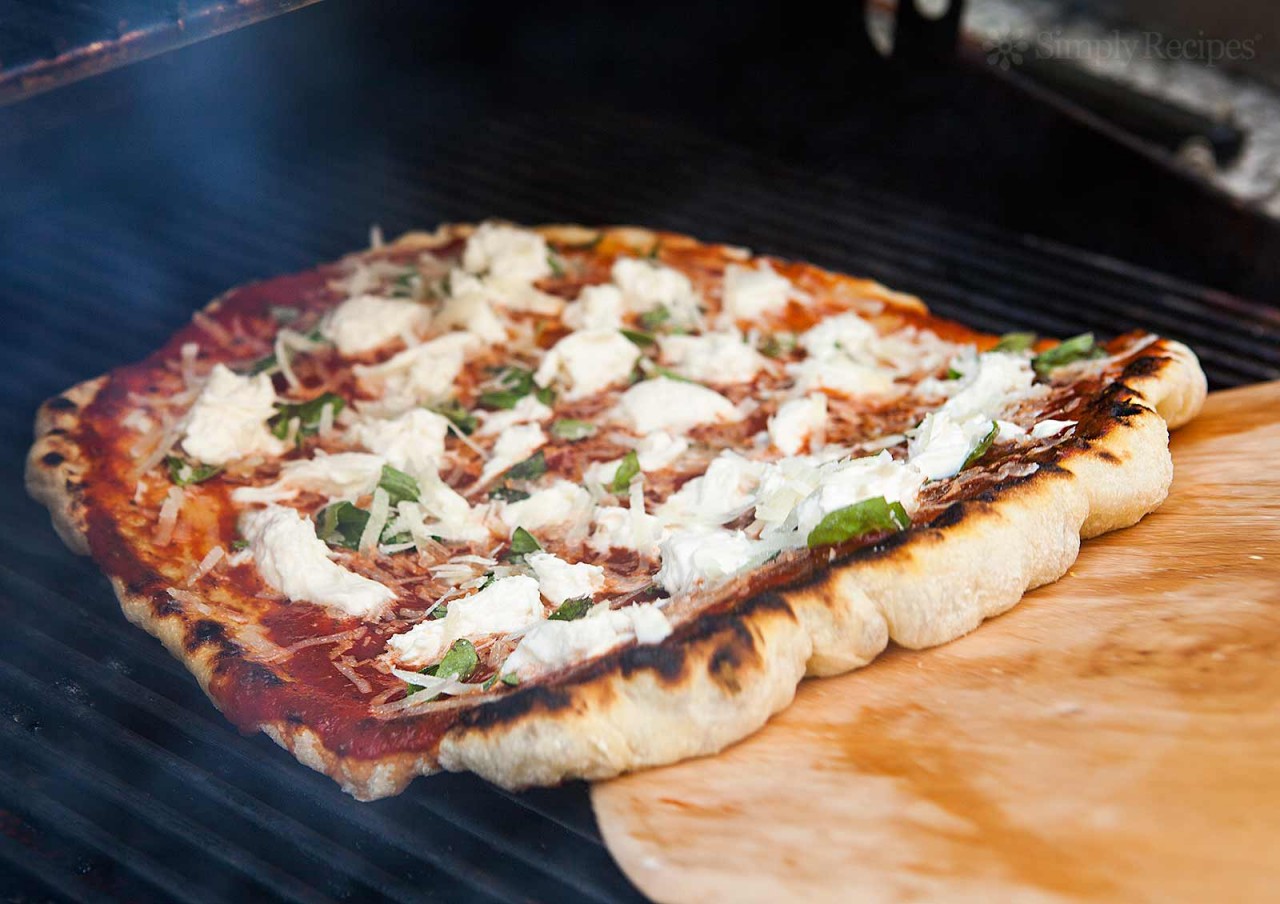 Making your own pizza from scratch can be an onerous affair best left to the pizzerias, but all you need are readymade flatbreads/pitas and your favourite toppings. Find a spot on the grill with no direct heat from the coal and bake away. For that gooey melted cheese that defines every good pizza, lay an aluminium tray over the pizza and steam that mozzerella.

7. Use Muffin liners for sauce 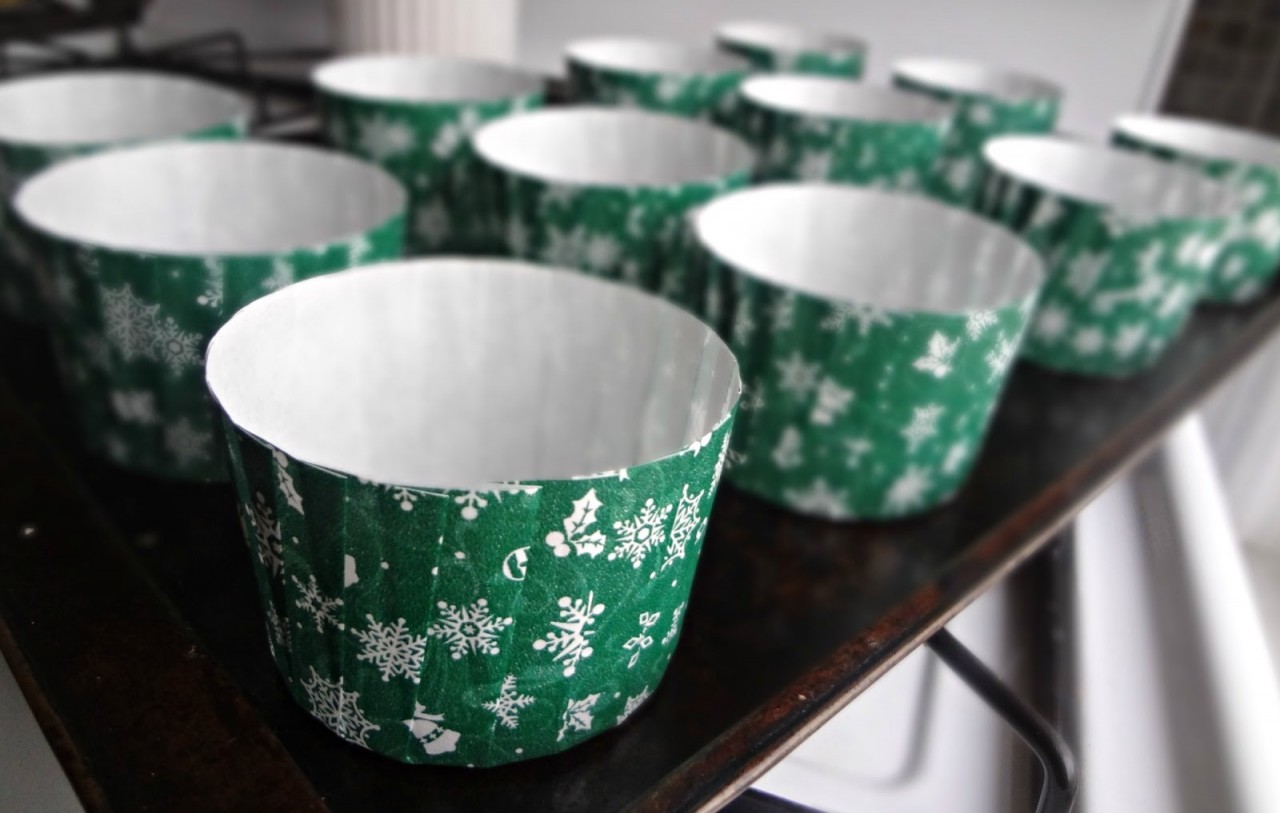 You’ve probably heard about using muffin trays to hold sauces/dips as opposed to laying the individual bottles on the table. But let’s be real, the last thing anyone wants to do is washing up. For a fuss-free trick that’ll still provide that communal spirit, get muffin liners. Look out for those with folded ridges tucked into each other so it’ll still hold its shape after filling with your favourite dip.

8. Out of fire-starters? Kindle with chips or newspaper 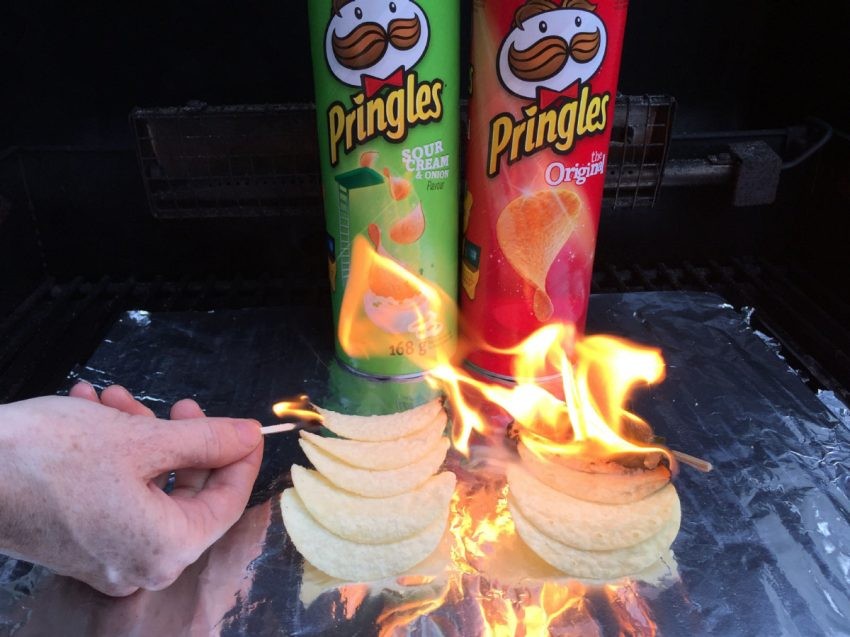 So let’s assume you emptied out your box of fire starters before the charcoal even got the chance to warm up; and the nearest store in sight is a meek 7-11. Siao liao, how? If you have on hand a few bags of chips or a set of newspapers, the party is still on.

The flammability of both chips and newspapers – due to its greasy and flimsy properties- makes them the ideal substitute when you need to kindle a fire. Sure, using chips to start a fire seems like a waste of money, but all you need to do is to lay thems close to each other without stacking so the pile catches fire quick. As for the newspapers, crunch a few pages into balls and you’re good to roll.

9. Give your bbq platter an atas kick by sticking sprigs of rosemary/thyme 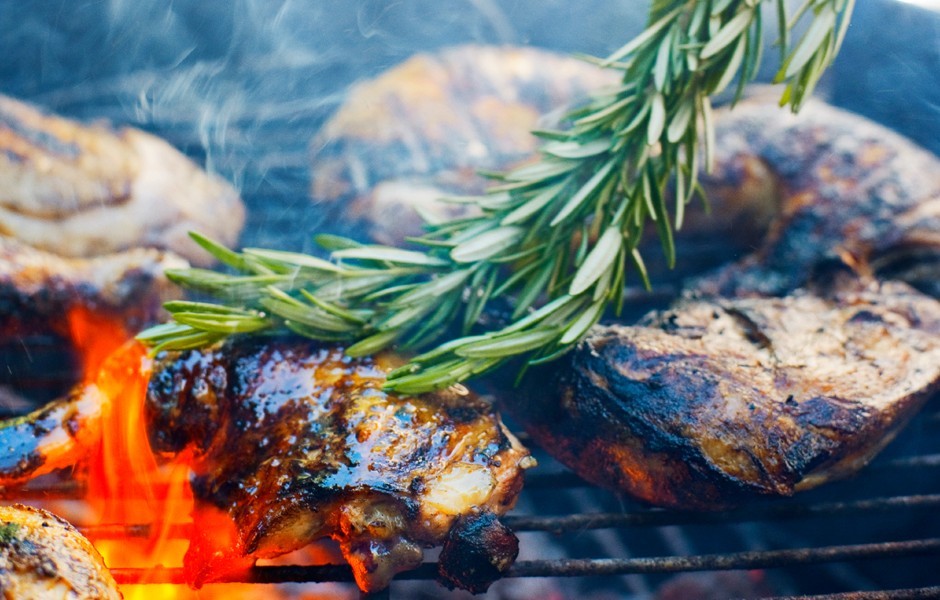 You don’t have to be a food connoisseur to convince your guests that you’re a great cook. At your next barbecue, throw in a few sprigs of fresh rosemary/thyme right onto the charcoal to give anything you lay on the grill an immediate Michelin-star kick. 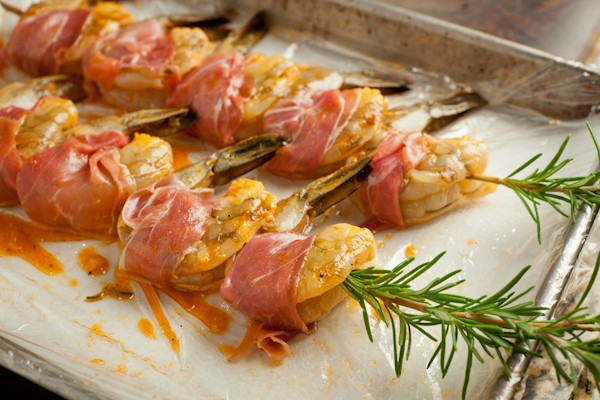 For a more full-bodied flavour, use rosemary as a skewer. Source

On top of providing an aromatic earthiness to anything you cook, rosemary brings an added benefit of being a natural mosquito repellent. So what you’ll have is a safe zone for guests, gourmet food to keep everyone satisfied, and jealous neighbouring pits.

10. Wait For The Charcoal To Turn Grey Before Grilling 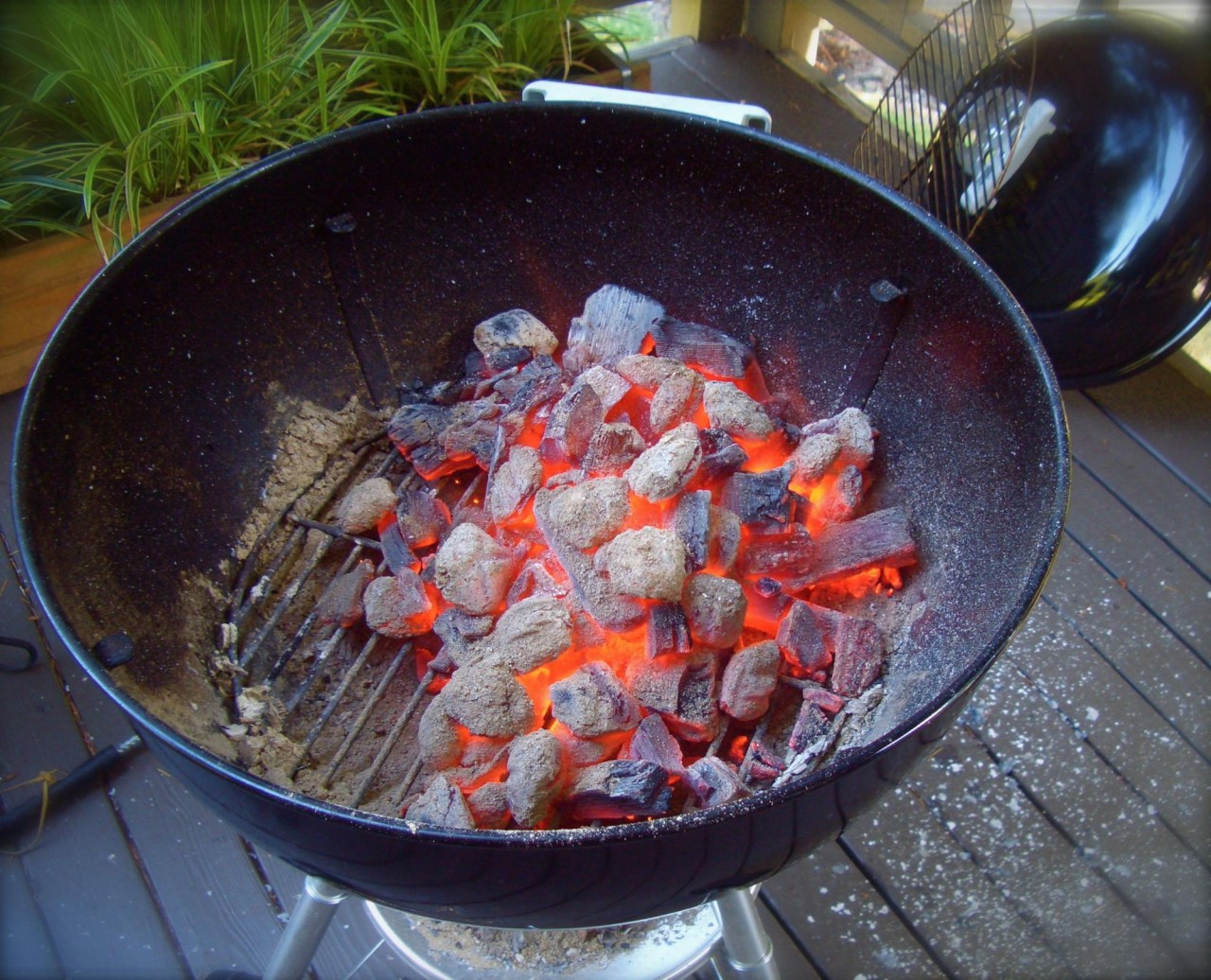 Boy scout or not, you probably know that the best way to start a barbecue is to stack the charcoal around the fire starter. In the primitive ages, the next step is to grill your food the moment you see fire. But do you really want the flames to lick your steak before you do?

Cooking takes time, and a fair amount of patience too. For a bbq that doesn’t render your food charred on the outside and raw on the inside, allow the coals to burn for 20 – 30 minutes or till white hot and ashy. When the coal is radiating heat without an active flame, that’s when the grill is evenly hot. 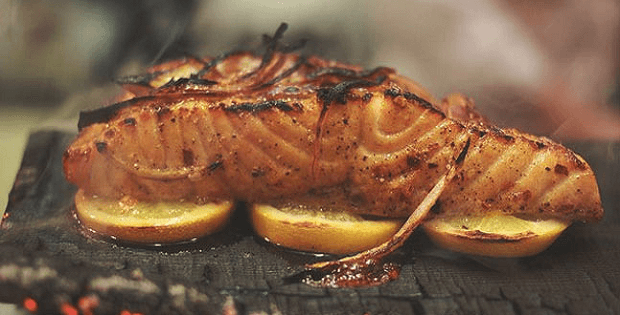 On pan or the grill, anyone who’s tried cooking fish knows it’ll leave half of itself when you pull off to serve. Even with copious amounts of oil, the natural fattiness of fish seems like makes it prone to stick itself to any cooking surface. Instead of playing a losing bet, grill your fish on top a bed of lemon slices. Not only will you get every morsel of fillet you intend to savour, the infused citrus flavour kills the nauseating fishiness while adding a brightness to the overall taste.

Bonus: DO NOT FORGET TO BRING A LIGHTER

Or this will happen Source

In the excitement and rush of having a barbecue, we often gather the main bbq essentials like grill, food and drinks. But often times, we forget the basics like the lighter. Unless you plan to do it caveman style – aka start a fire with branches and stones – which is your prerogative. But please, remember to bring or get a lighter while checking out at the supermarket.

If you’ve plans to be anywhere remotely near the pit, it is strongly advised that you remove your contact lenses. We’ve all heard horror stories of people going blind after their lenses melt in their eyes when standing too close to a source of heat. You only have one pair of eyes, so it’s better to be safe than sorry.

A Pastime Worth Reliving 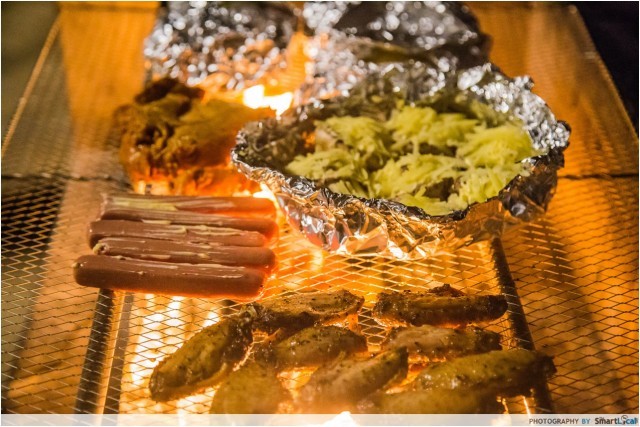 As we stash away old school memories and momentos in exchange for today’s fast-paced world, it’s always reassuringly comforting to relive some of our favourite moments from our adolescent years as adults. Regardless of time and age, barbecues will always have a youthful sense of fun no one can get enough of. And with these hacks, make your next get-together even more awesome, happy grilling!

6 Oktoberfest Booze Promos At Suntec City - Beers For Only $5 When It Rains!
Here Are Some Ultra Singapore 2016 Pictures For You To Relive That Epic/Muddy Weekend