Reconnecting with my Mother Tongue

In Singapore, we have a fair share of jiak kantang folks. Y’know, those that are seen to be “too Westernised”. While I don’t consider myself to be one, I realised that I wasn’t any more connected to my roots – I can hardly spout a sentence in my dad’s native language, Bahasa Indonesia, nor do I identify with the Indonesian-Chinese culture my paternal family is so strongly tied to.

Here is my journey in trying to rediscover and better appreciate the culture that I’d neglected while growing up:

Growing up in a predominantly bilingual society

My life fit perfectly into the “mould” of a typical Chinese Singaporean – I picked up Chinese as a second language in school and also took Higher Chinese for my O Levels.

However, like many mixed-race kids and children with parents that come from different dialect groups, my parents didn’t come from the same background. Growing up in a largely bilingual society like Singapore, I could well immerse myself in my mum’s Chinese culture, but the Indonesian-Chinese heritage I inherited from my dad took a backseat all my life.

For various reasons, including ease of pronunciation and preservation of our Hokkien roots, my surname at birth did not follow my dad’s actual surname. My brother and I had adopted our ah gong’s Hokkien surname, “Khoe”, rather than my dad’s Indonesian surname, “Kurniawan”.

Growing up, I had no issues immersing myself in Chinese culture as I spoke the language with my mum and grandparents on both sides. I often cranked JJ Lin on the speakers and binged popular shows like Huan Zhu Ge Ge (My Fair Princess) and Keep Running – the Chinese version of Running Man. 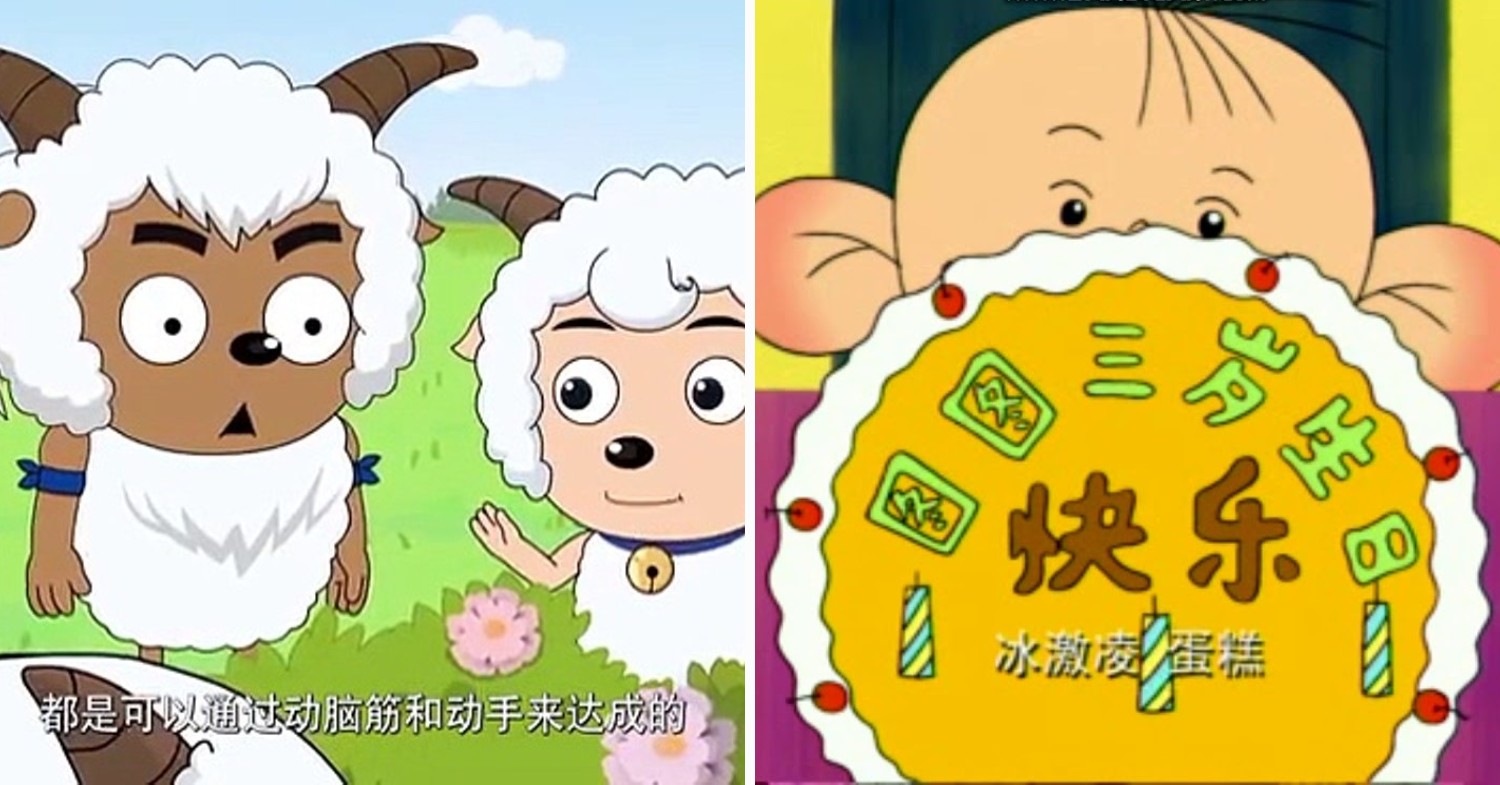 Chinese cartoons like Pleasant Goat and Big Big Wolf and Big Ear Tutu were some of my favourites growing up
Image adapted from: dailymotion, YouTube

My maternal grandma from China even made us memorise and recite Tang Shi (Tang poetry) and put on Chinese television classics like Romance of The Three Kingdoms and Journey to the West. Naturally, my Mother Tongue grades skyrocketed at school, with both English and Chinese constantly being my best-performing subjects. 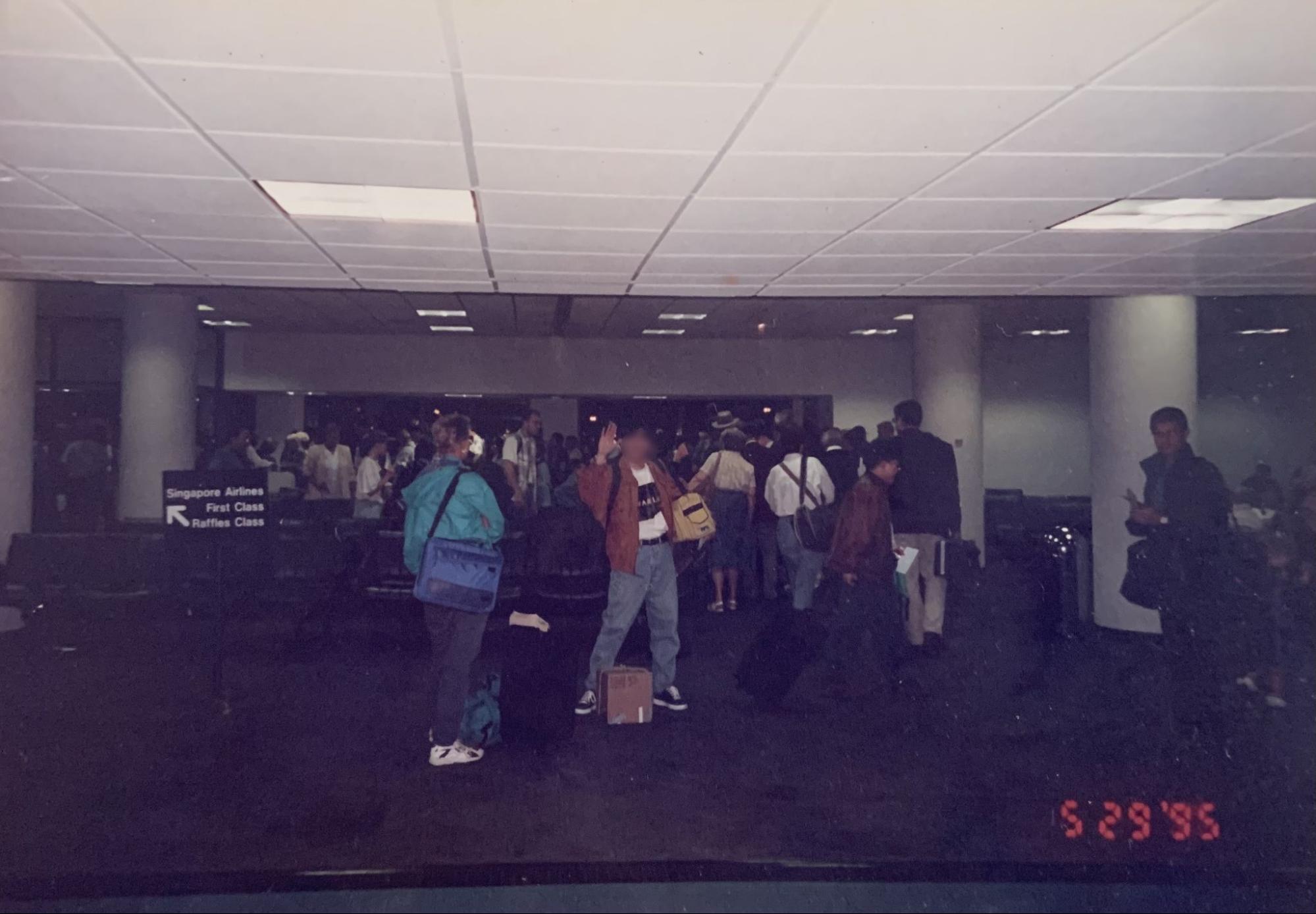 My dad only picked up English as a second language before he migrated to Singapore as an adult
Image credit: Megan Khoe

On the flip side, my Bahasa Indonesia was limited to a few household terms like “tidur” (sleep) and “mandi” (shower) that I picked up from listening to short convos exchanged between my dad and his parents.

I wasn’t the only one either. Friends of mixed-race descents rarely spoke both their parents’ mother tongues, instead only being fluent in the language they chose to pick up as a subject in school.

At the start of secondary school, I was bestowed with the opportunity to pick up a third language at the MOE Language Centre, and lo and behold – Bahasa Indonesia was an available option. However, my 13-year-old self was gunning for a fancy schmancy language that I could bust out a la multilingual international movie stars.

The allure of Spanish made it a natural choice for me, with my love for español entertainment and culture – whether it was Dora the Explorer or football team FC Barcelona.

But another deep-seated reason I didn’t spare Bahasa Indonesia a second glance was because I was fine with, as the cast of High School Musical would sing, sticking to the status quo. Having grown up so detached from that aspect of my identity, I just didn’t see a point in learning it anymore.

Changing my perspective towards my identity

However, a visit to a fellow Indonesian-Chinese friend’s house just last year opened my eyes to what a waste it was that I’d neglected my paternal heritage, all while I happily went about thinking that I was such a language whiz in school.

For the longest time, I thought that being bilingual was all you needed to survive and thrive, and because I did well in that regard I never saw the need to add another language to the list.

Watching my friend converse fluently with his family in what seemed like impeccable Bahasa Indonesia made me feel a hodgepodge of feelings – awe, jealousy, regret, and FOMO included. It also unlocked a floodgate of childhood memories. 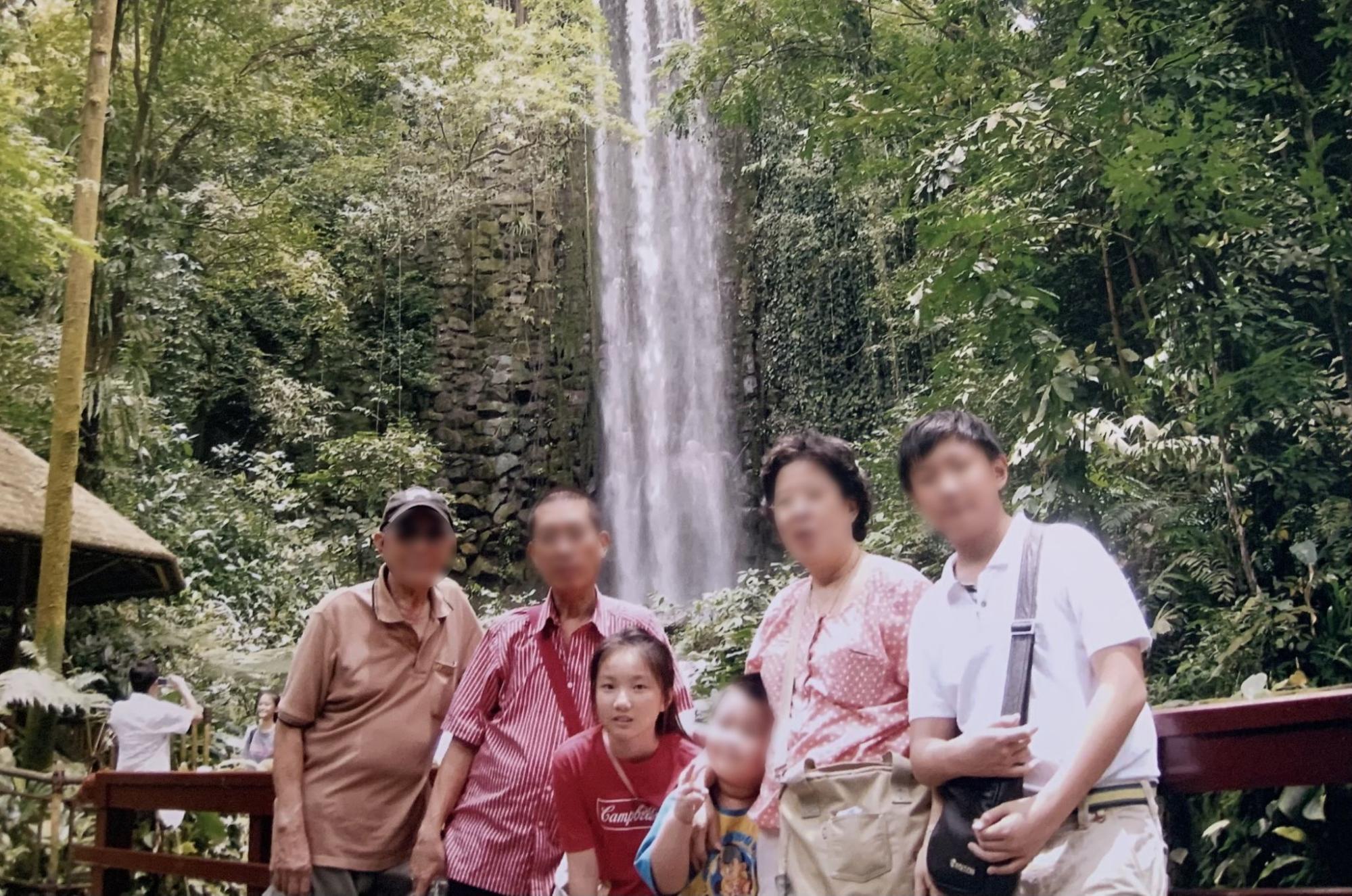 Visiting Jurong Bird Park with my relatives from Indonesia – clearly I did not make a good tour guide with the language barrier.
Image credit: Megan Khoe

My dad often played host to relatives from Indonesia, and save for my brother and I, all the kids from my paternal brood are fluent in Bahasa Indonesia.

I recalled the burning embarrassment I felt when my younger cousins questioned their parents innocently on my inability to speak the language. Conversations with relatives were also capped at brief “How are you?”s and “I’m good, thank you” because any further exchange would just be met with awkward smiles and struggles to comprehend each other.

A few years back, my ahma’s sister used to fly over to Singapore to undergo chemotherapy treatment. Despite the serious reason for her trips, she’d still bring us all sorts of goodies from Jakarta and always brightened the room with her cheerful demeanor.

Cancer eventually took her away, and this hit me the hardest when I realised our language barrier had prevented me from getting to know her more. In retrospect, it will always be a regret of mine to not have been able to thank her personally for the care and help she’d given my family because I hadn’t been able to converse with her properly.

These experiences got me thinking about how much I was missing out on, and what I could do to change it as a young adult. And although it might have seemed so, I began to realise that I was not as disconnected from my roots as I thought I was.

Reconnecting with my culture 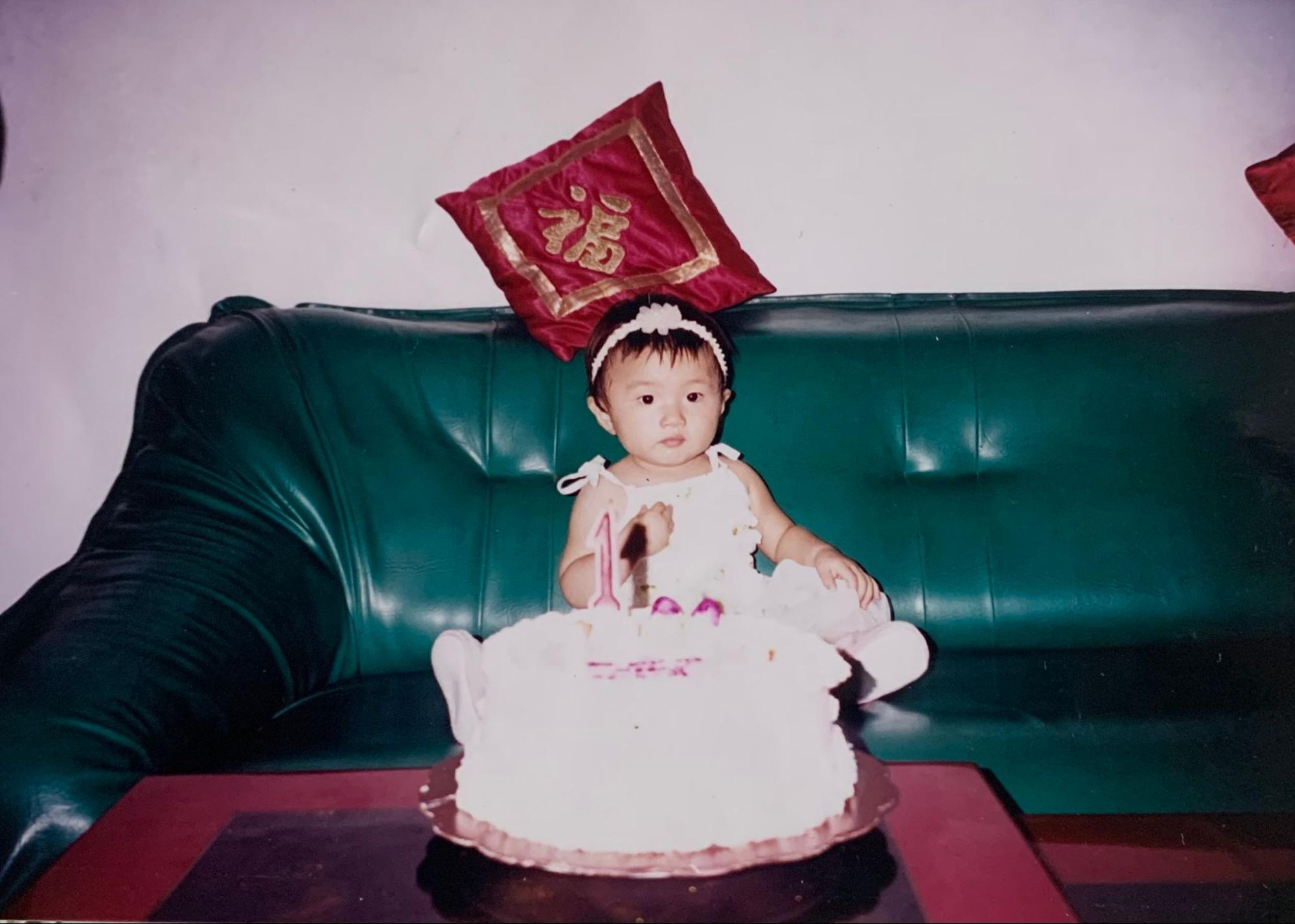 My first birthday was spent at my uncle’s home in Jakarta
Image credit: Megan Khoe

While my memories don’t extend way back, photographs and stories regaled by my ahma hark back to a time when I lived in Jakarta as an 8-month-old baby. In fact, because I spent my formative years there up till I was nearly 3-years-old, Bahasa Indonesia was actually the first language I learnt to understand and utter.

I was told that I actually became pretty fluent, prattling on to my cousins, uncles and aunties like a real pro – well, for a toddler. 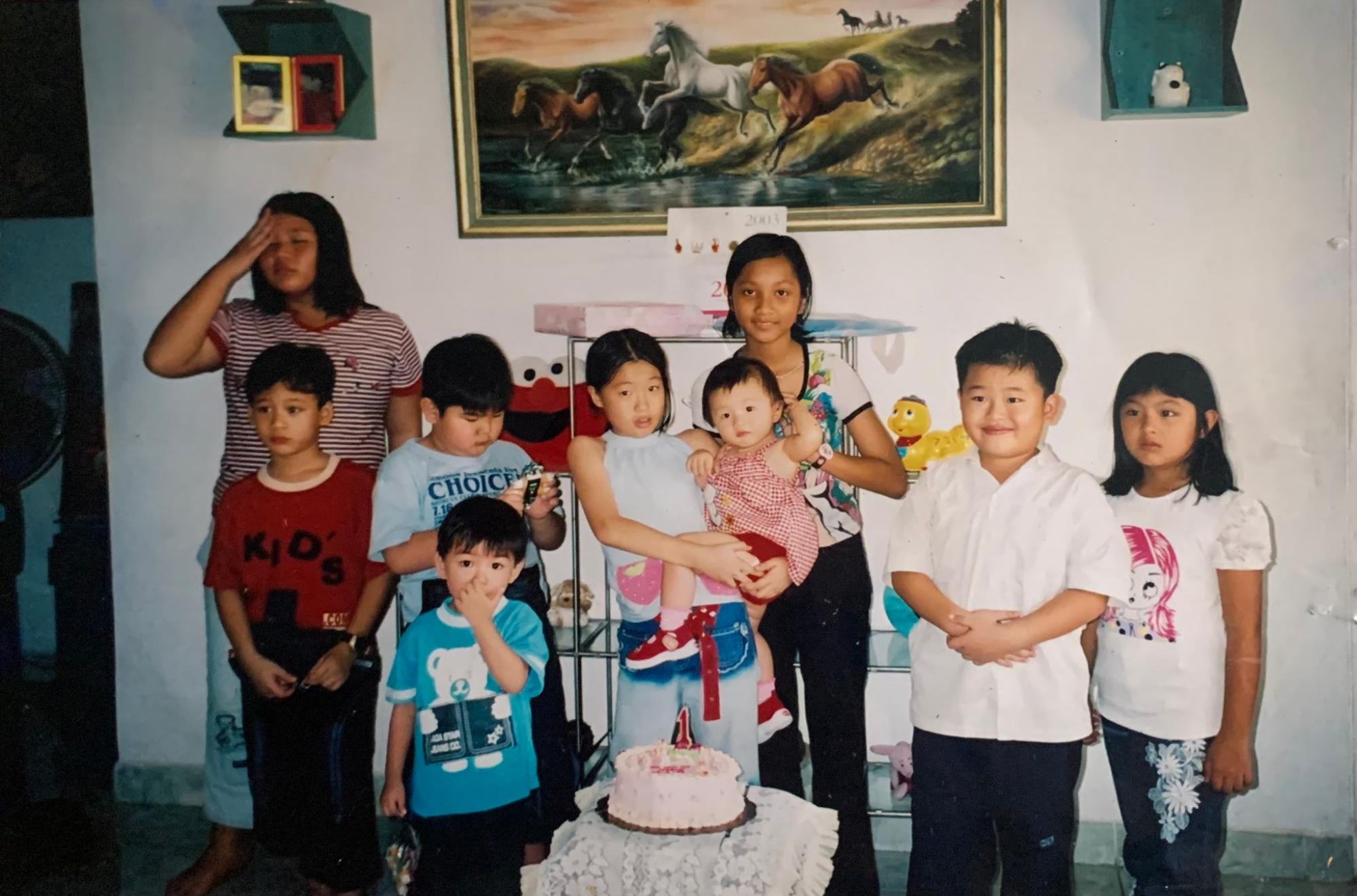 Me as a baby, surrounded by Indonesian-Chinese relatives.
Image credit: Megan Khoe

I could chalk my unfamiliarity with the culture up to my upbringing or big move to Singapore, but that wouldn’t change the fact that I was the one who had distanced myself from my Indonesian-Chinese heritage as I grew older. 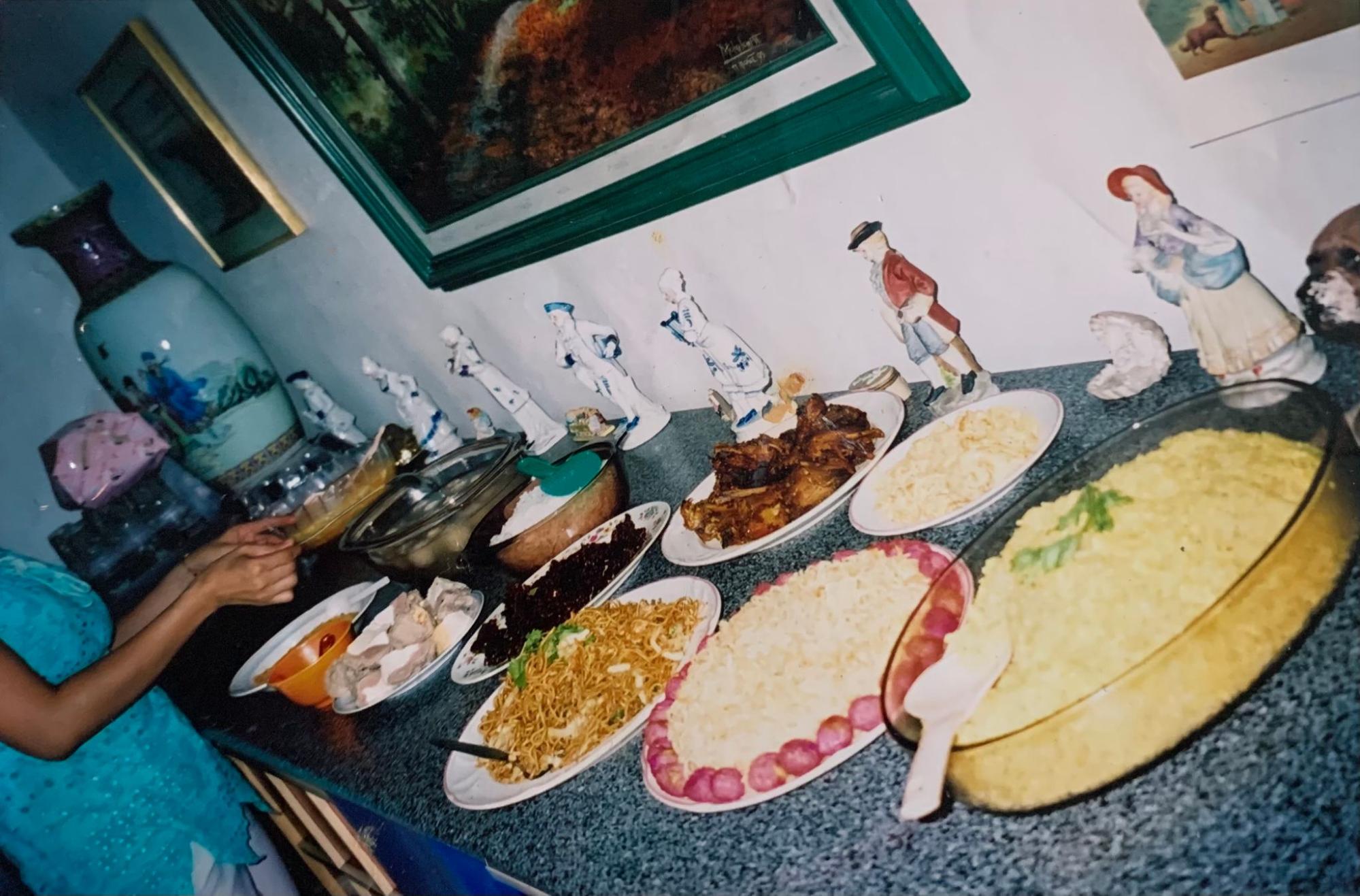 In the wake of my epiphany, mundane everyday experiences turned into new opportunities to get a little closer to reconnecting with my roots. Indonesian dishes that my ahma usually whips up – like Soto, Rawon, and Sayur Asem – are no longer just delicacies I gorge on. Now I spend my time watching and helping her out in the kitchen so that I can one day replicate her mouth-watering recipes.

And though I’m a long way from picking Bahasa Indonesia up again, time spent with my grandparents now includes learning new phrases and words beyond tidur and mandi and listening to stories of their lives in Indonesia. These little things have helped me feel a whole lot more connected to my culture, as understanding and appreciating my family history went beyond knowing how to speak the language. 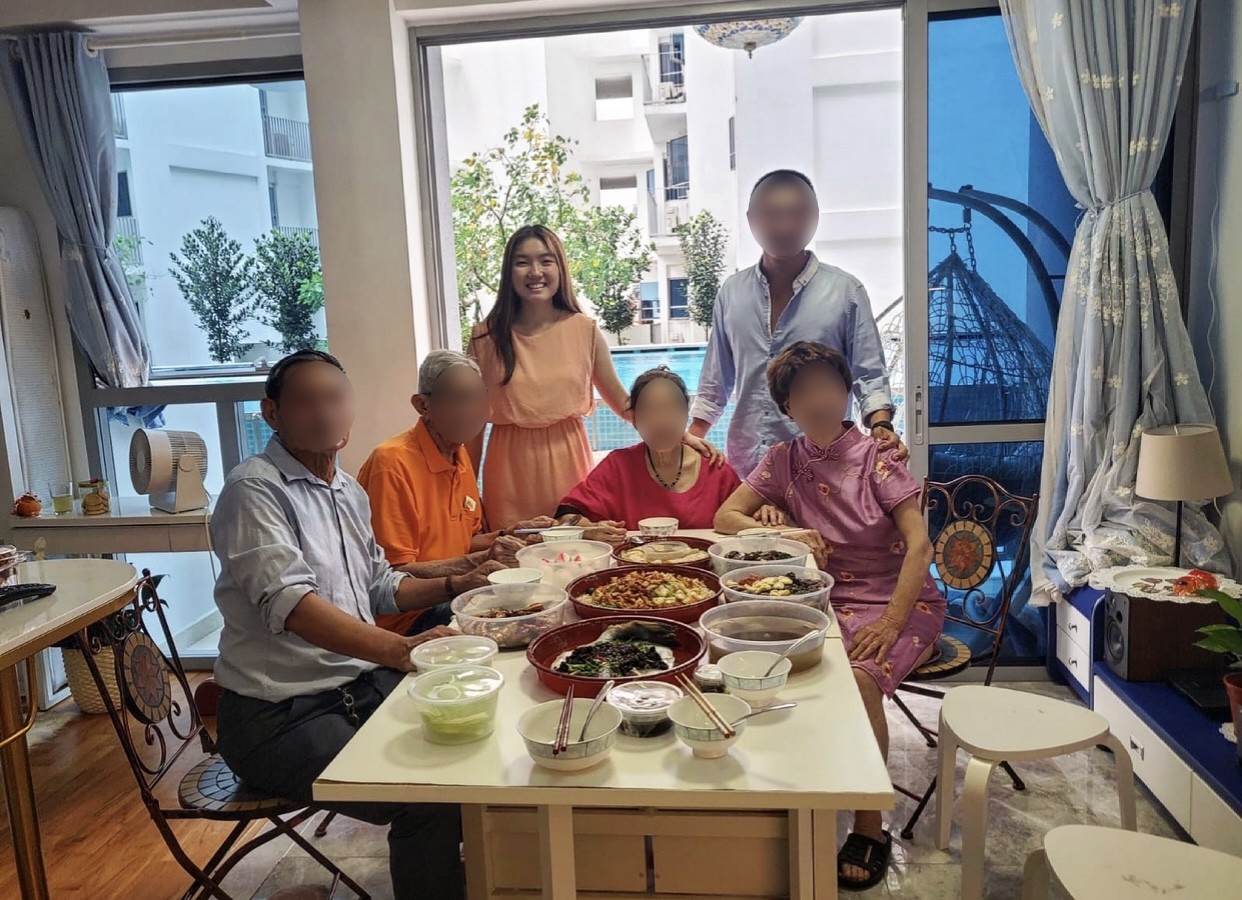 I’ve made a pact with my dad to replace exciting vacations to places like Japan with a trip back to our family hometowns of Surabaya and Jakarta once travel restrictions are lifted. I hope to immerse myself in an environment that can help me experience the culture and learn the language just as I once did.

Throughout my life, I was missing out on a whole chunk and a core part of my identity. But I finally understand that having a unique family background like mine is an eye-opening privilege, and as long as you’re personally willing to, it’s never too late to grow and reconnect with your heritage. 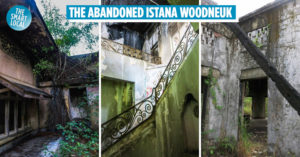 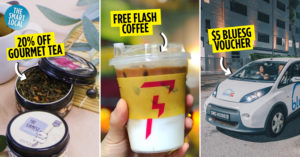