Engaging an animal communicator in Singapore

It is no doubt that dogs are “man’s best friend” – they shower us with unconditional love, and provide a companionship that lasts till their last breath. That’s why a passing of a pet is never easy to accept, even though they may just be mere animals to others.

When I had to deal with my pet’s loss, it definitely wasn’t easy. Crying became a norm, and seeing his toys and bed lying around the house would trigger the floodgates all over again. It was only when we took a chance on an animal communicator did we find the closure we needed to accept reality and press on with our lives. 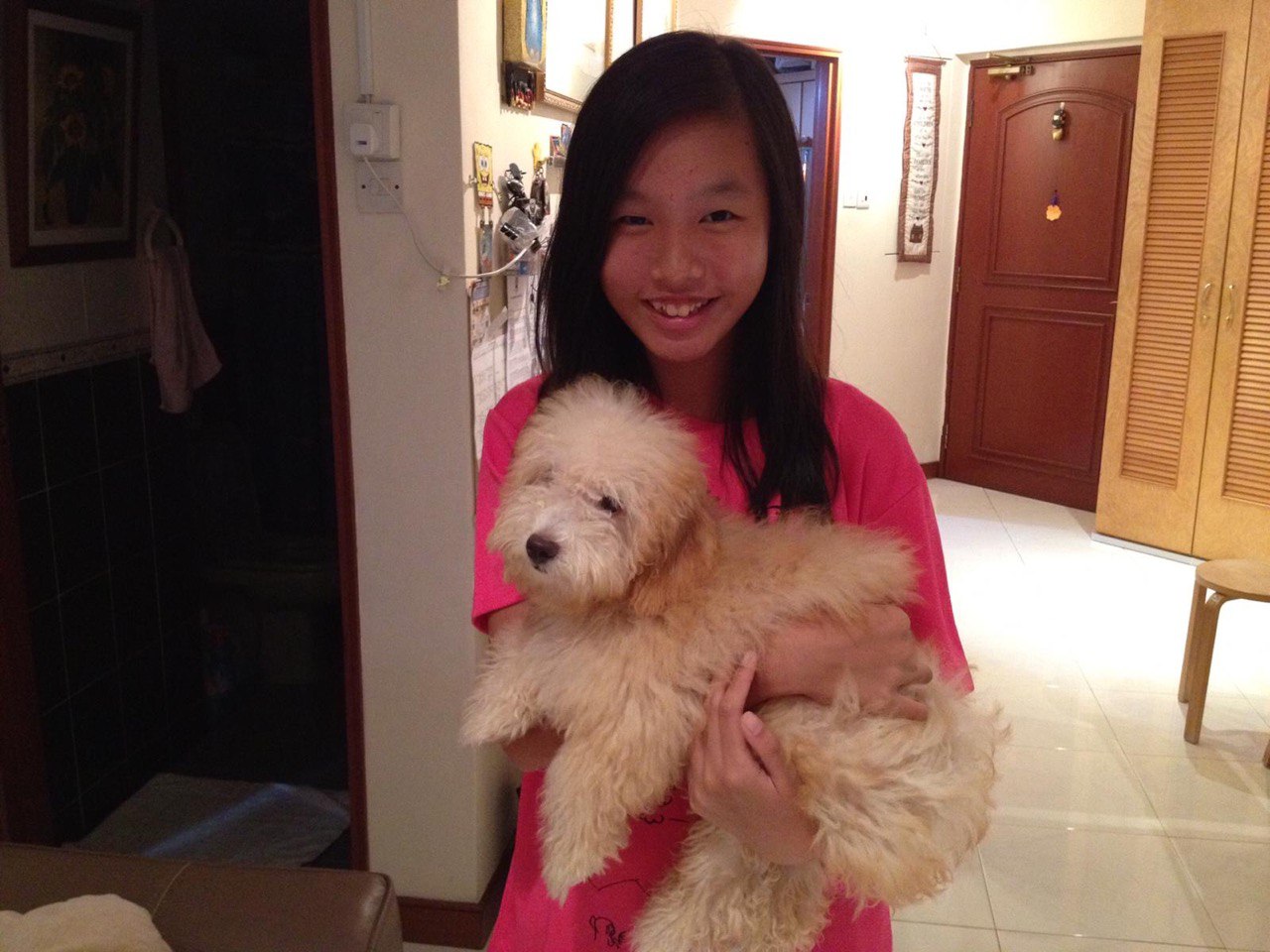 Mario at 5 months old in 2011 with extremely overgrown fur

When we first laid eyes on three-month-old toy poodle, Mario, we were instantly charmed by his energetic and friendly demeanour. Just 15 minutes with him sealed the deal, and we brought him home. Since that day, he was the sunshine of the house, never failing to put a smile on our faces with his silly antics. And of course, he was the precious baby that everyone spoiled.

The first time we put doggie shoes on Mario. We all laughed at him stumbling around the house because he wasn’t used to them.
Image credit: Deborah Gan

He was a smart one as the word “dog” would send him on a rampage towards the tv and he’d often growl at animals on-screen, and “bathe” would have him dashing under the bed for cover – the only place he knew we couldn’t get him. He was even smart enough to attempt to “hide” his vomit with a blanket by dragging it over with his paw – definitely a guilt-stricken dog.

Getting diagnosed with cancer

7-year-old Mario gradually developed a limp as he walked. Not thinking much of it, we brushed it off assuming that he would go back to walking normally again the next morning. When the limp didn’t disappear, we brought him to the vet, but even the vets couldn’t tell what was wrong. Many frustrating visits and hefty second opinions later, we discovered a tumour in his right leg – and it was cancer. 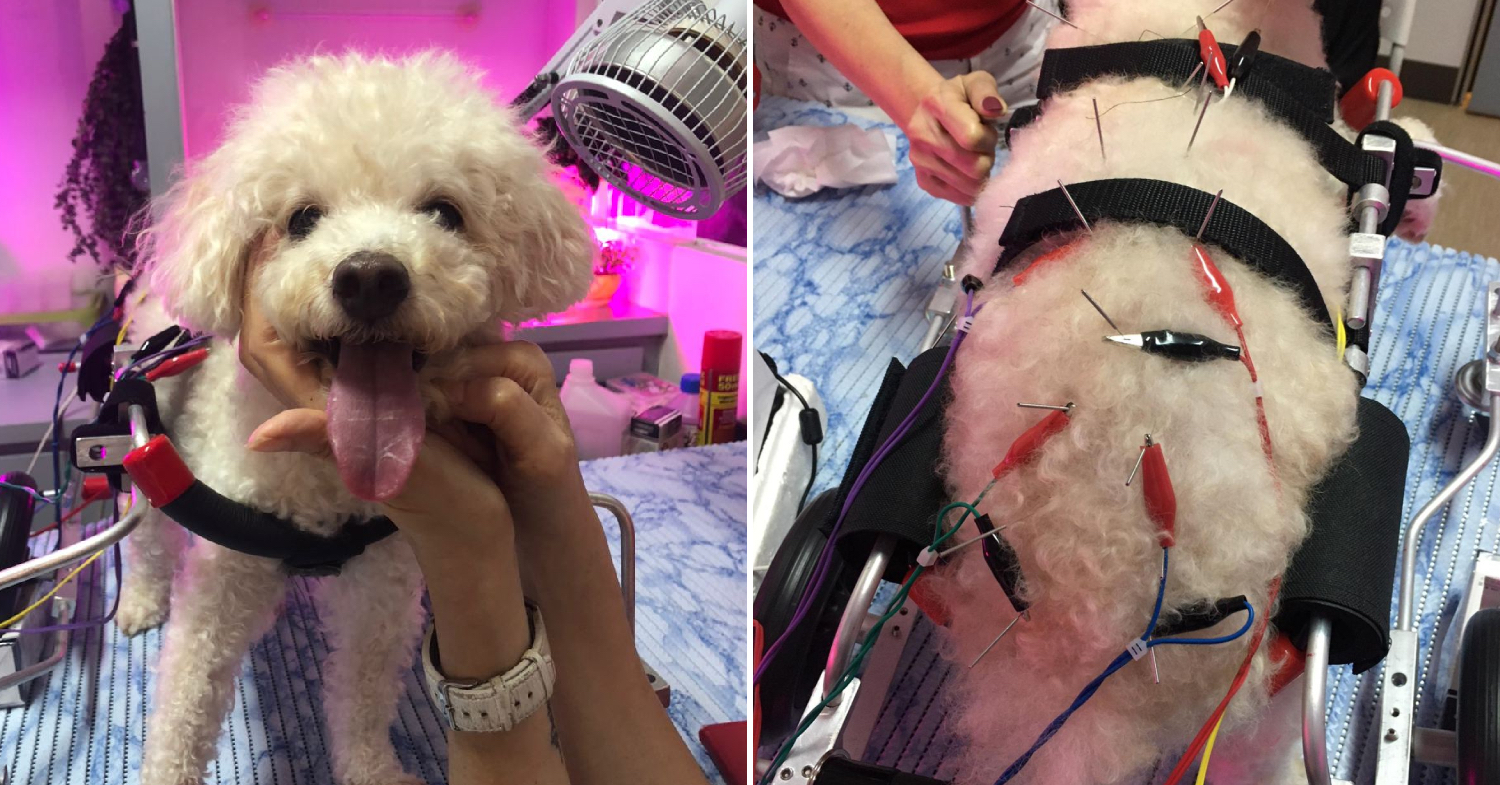 Life threw a curveball at us, and we furiously researched all the possible treatments from weekly acupunctures to daily painkillers. We even considered our last resort, amputation. But a visit to a highly-acclaimed vet made us realise that amputation would do no good as the cancer was spreading fast.

The cancer was incredulously aggressive and in the span of three months, his health had drastically deteriorated.Eager greetings at the door soon disappeared, and weak cries of pain became a constant. 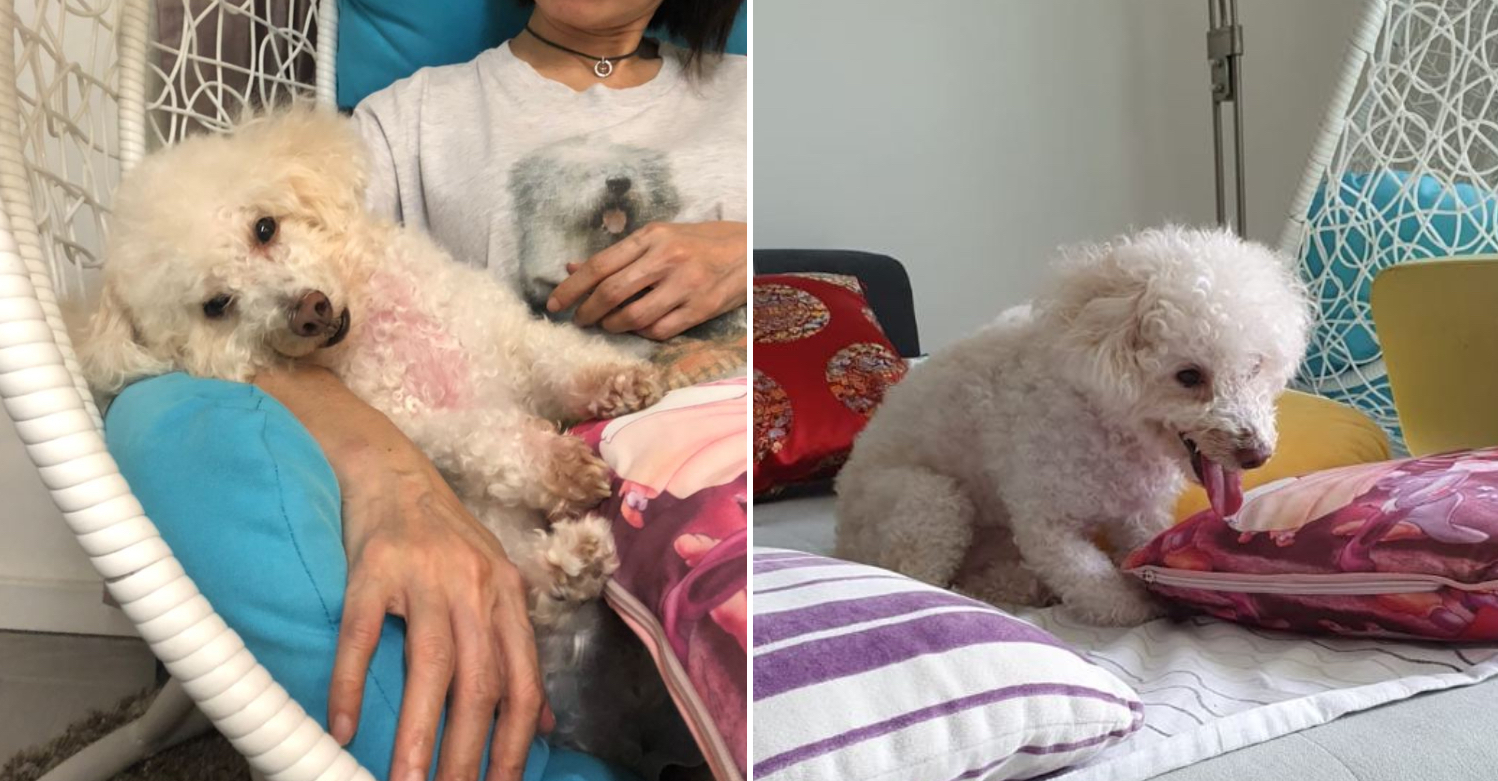 His tumour at his leg was growing uncontrollably till it spread to his chest, and he had no strength to even lift his head.
Image credit: Deborah Gan

After five months of excruciating pain for both parties, we had to make the most painful decision of our lives – to put him down. We only had a day to prep ourselves for doomsday – eight years with him was definitely too short, but the immeasurable pain that we were putting him through by keeping him alive each day was simply too much for us to bear. 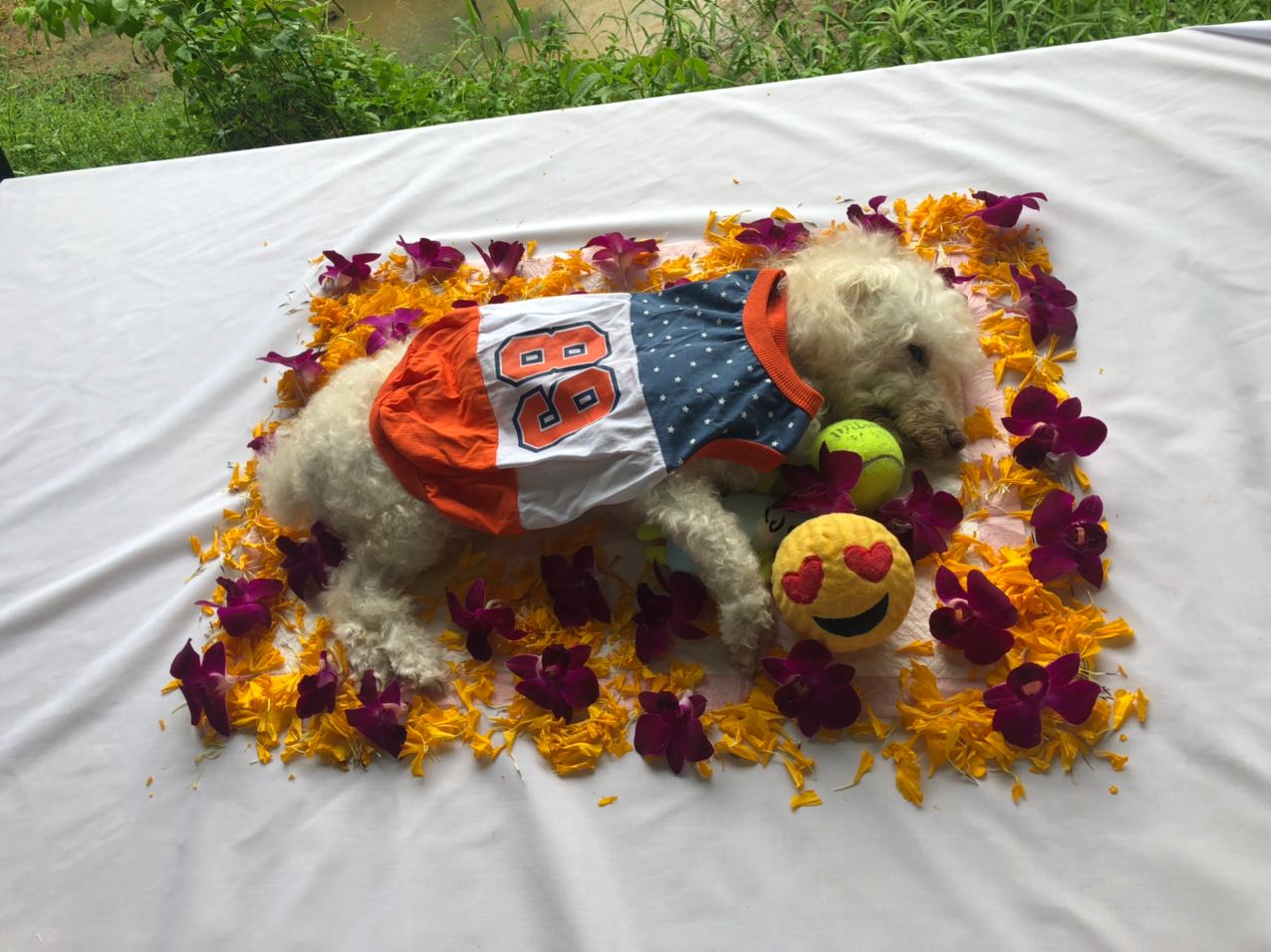 The day arrived. The vet came and quietly set up her equipment. It was more awkward for her than it was for us as she had to witness five adults bawling their eyes out as she went about her duties. As I fed Mario his last scoop of ice cream, a reward we’d give him on occasion for being the best boy, we said our final goodbyes before it was done. He looked more peaceful than ever.

Seeking closure via an animal communicator 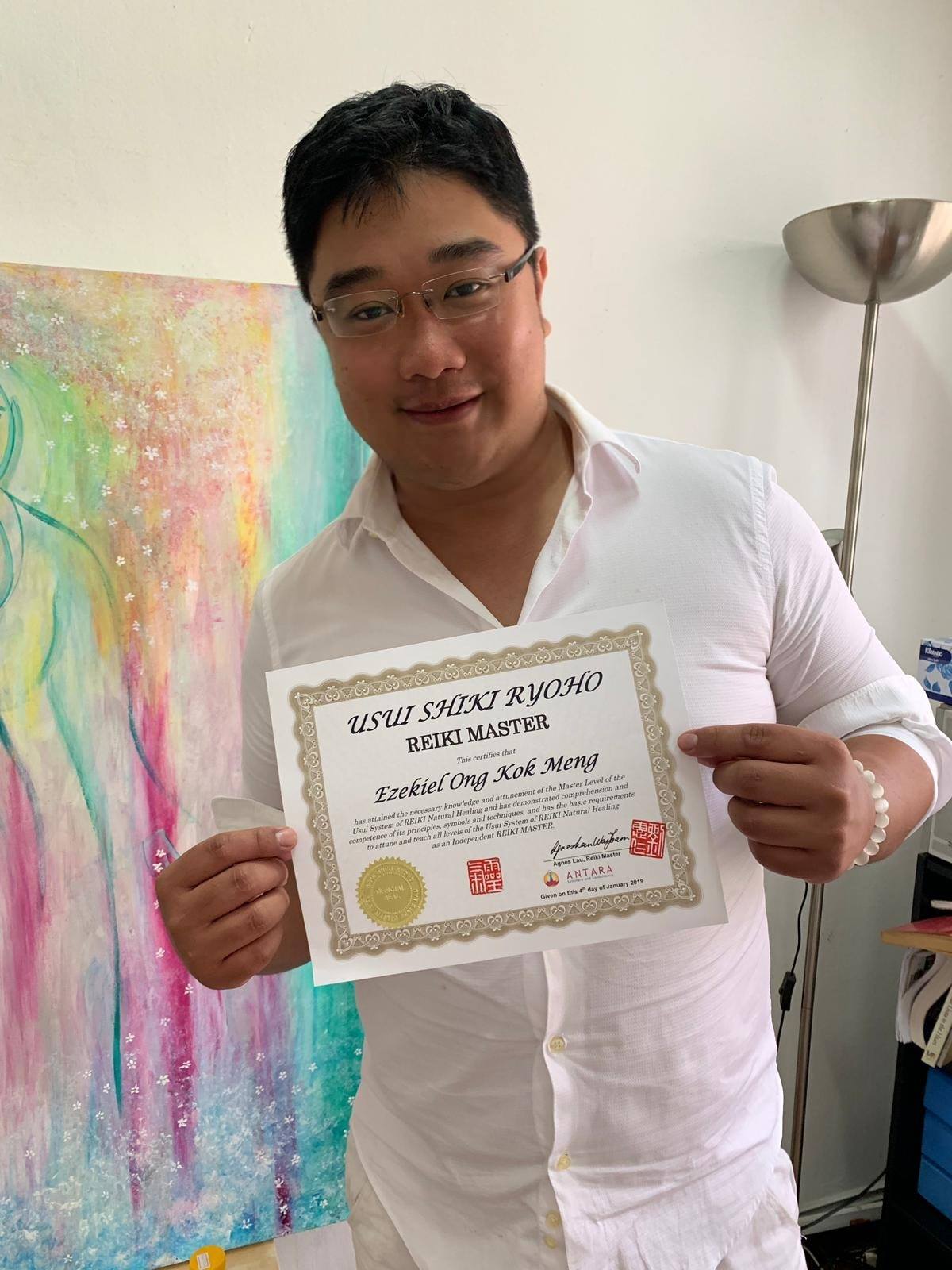 Even though I had said my goodbyes, the whole incident still felt very unfinished. The loss of Mario hit me the hardest, and I spent many days scrolling through photos and IG story archives of him while lying on my tear-drenched pillow, single-handedly going through countless boxes of tissues.

By a twist of fate, a couple of months later, my mum chanced upon an animal communicator on Facebook – an unexpected positive of her being a proud member of the Poodle Club Singapore. The animal whisperer, Ezekiel, had a surprising number of good reviews from pet owners claiming he could communicate with and for pets which made us all the more curious as to whether or not he could help us.

And then there were claims that he was able to give surprisingly accurate information about their pets that he couldn’t have possibly guessed, like their pet’s favourite toy, food and behavioural traits.

Aptly enough, Ezekiel also offered a “Rainbow Bridge” service: a session that helped animals pass through their pearly-gate equivalent. And the best part was, he could host the session online, it seemed a little sketchy, but the raving reviews from owners who had lost their own pets did us in. We decided to give him a call. 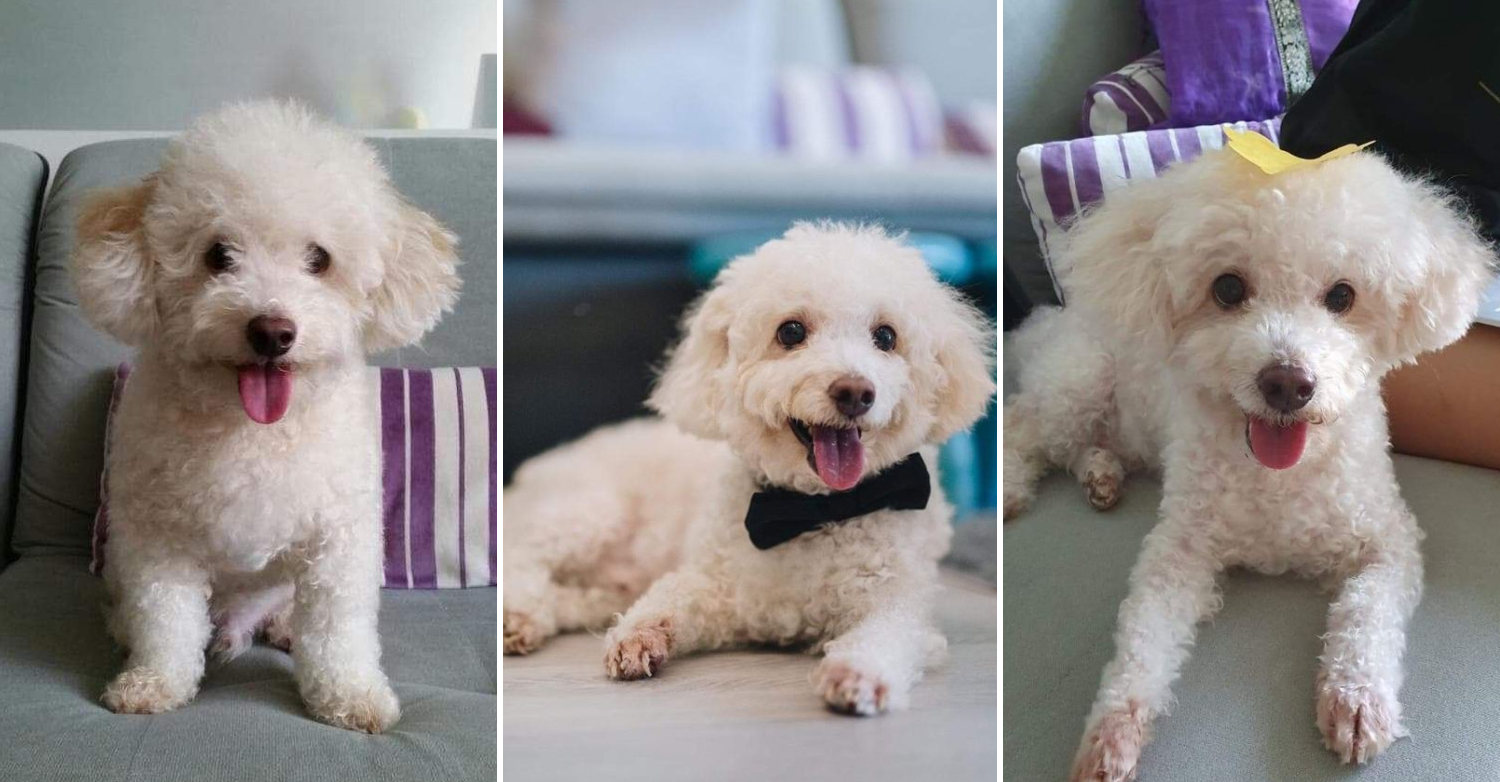 The three photos of Mario we sent to Ezekiel
Image credit: Deborah Gan

We were tasked to come up with up to 15 questions, and a few messages that we wanted to relay to Mario. The “Rainbow Bridge Service” cost us $180 for a 1-hour session, and we could send up to three photos of our pet (with eyes visible so he could connect spiritually).

He gave a time slot of when the “communication” was going to happen and then followed up with a call afterwards.

There were just so many things that we wanted to ask Mario. Was he happy with us? Did he suffer a lot? Did he hate us for choosing to put him down? How is he now?

After mulling over it, these were the questions we came up with: 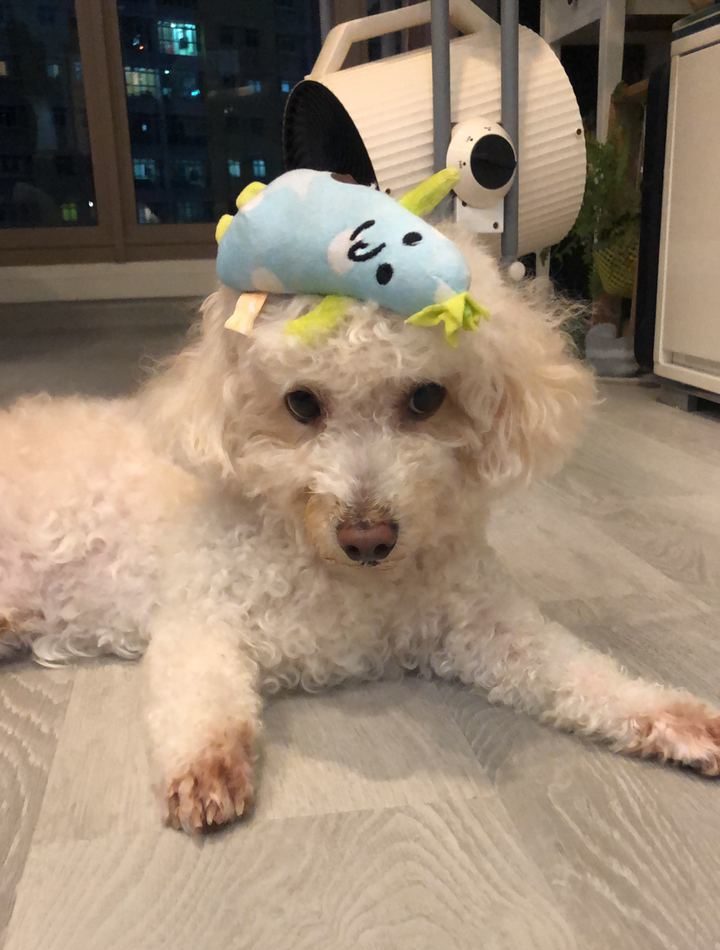 The toy that he loved to death
Image credit: Deborah Gan

We started the session as a bunch of skeptics looking for closure, but as we moved down the list of questions, we couldn’t help but believe we were really communicating with Mario.

Some of the answers Ezekiel gave in response to our questions after “speaking” with Mario really shook us to the core. For example, he mentioned how Mario was drinking milk every day over the rainbow bridge, something he would go nuts for whenever we merely opened the fridge. He also claimed that Mario’s favourite toy was a “greenish, round-looking squeaky toy”, which brought to mind a certain chew toy Mario absolutely loved.

When asked about Mario’s favourite memories, he highlighted activities such as car rides with the family and frolicking on grassy fields on sunny days – nailing the two activities Mario really looked forward to during his time with us. With the predictions so spot-on, it was hard for us not to believe that he really did talk to our Mario. 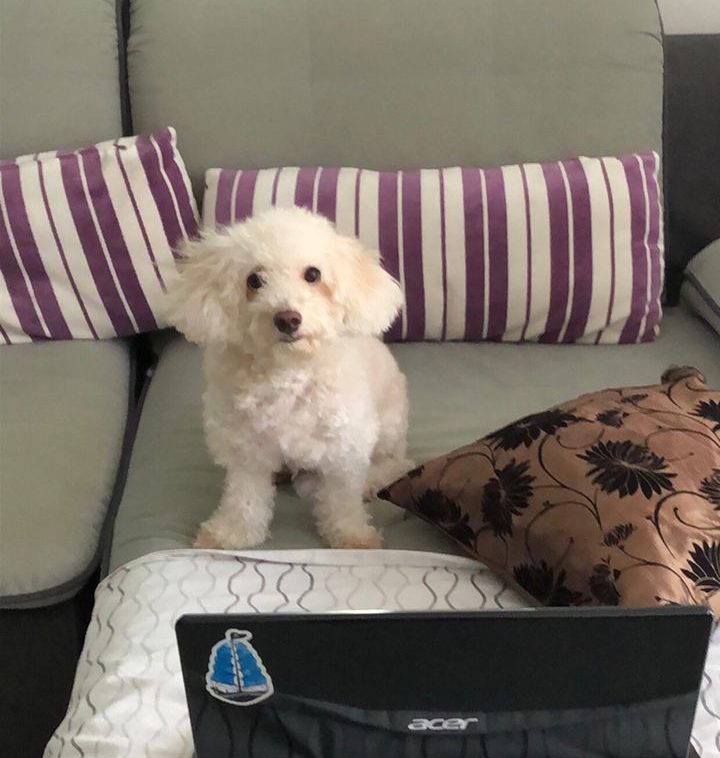 As the supernatural conversation went on, Ezekiel also revealed that Mario didn’t like when humans made fun of his “hairstyle”. This took us by surprise because it was just the thing my brother and I were guilty of doing every time he got groomed. Sorry, Mario!

I couldn’t help but break down when he said that Mario thanked us for welcoming him home and that he was grateful he could be a part of our family.

All in all, we were glad to know that Mario was happy up there in pet heaven with a golden retriever friend – we assumed this to be my uncle’s golden retriever that recently passed on as well.

Finally getting closure with the help of an animal communicator 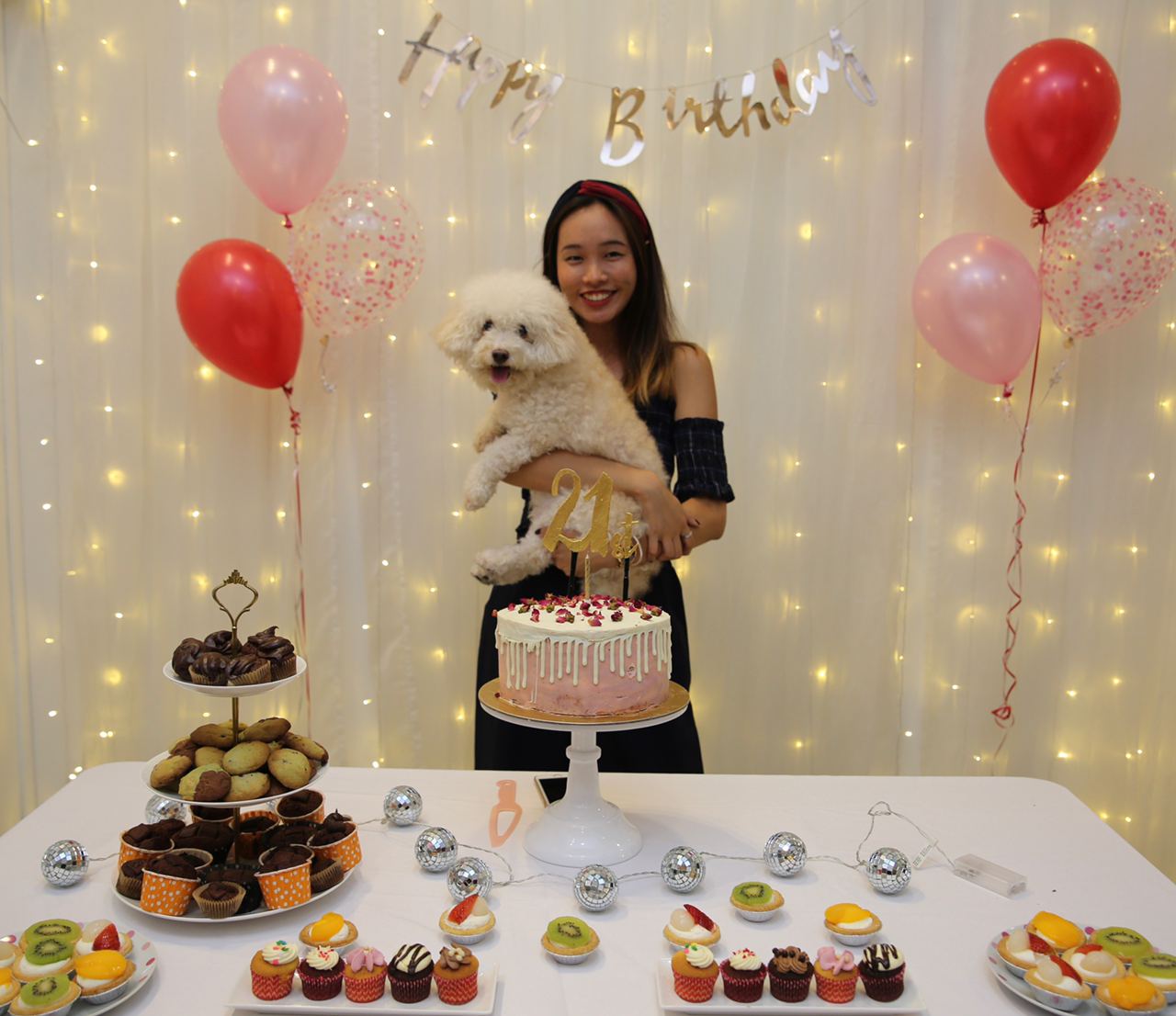 Unexpectedly, the session had us fighting back tears and cracking a laugh at other times. The sheer accuracy of most of the answers took us by surprise and we’re convinced this whole “talking to deceased animals” thing isn’t a scam. 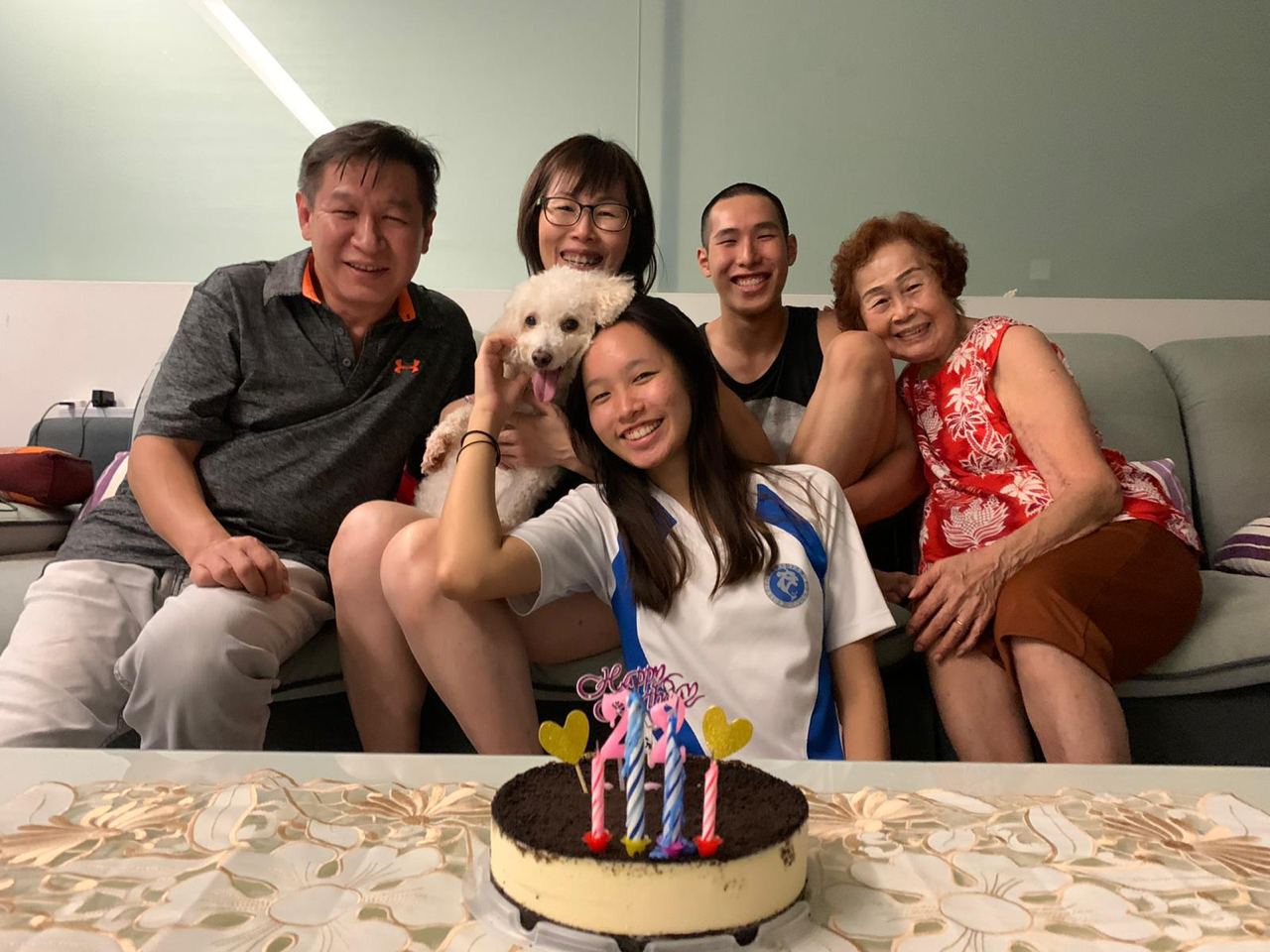 Our last family photo together a month before his passing, ft. my lack of brows.
Image credit: Deborah Gan

It was truly bittersweet. We were glad to have learnt more about Mario’s best moments, though, and we do regret not engaging an animal communicator earlier to better understand him.

For all those out there grieving a loss of a pet, have faith that there will come a day where thinking about them will not result in an instantaneous outburst of tears, and the memories will no longer remind you of the gaping hole in your heart. If you’re thinking of giving this a go, I hope that it’ll give you the solace it gave us.

And to Mario, my love, till I see you again. 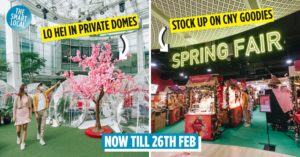 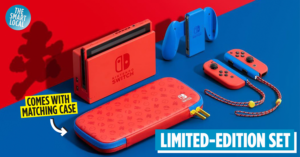