Once, I overheard two aunties complaining about the snaking line to redeem a free goodie bag.

After grousing for a good five minutes – believe it or not – they ended up at the back of the queue.

Singaporeans can be tough nuts to crack. For the flummoxed, we’ve drawn up a list to shed light on some of our eccentricities. Here are 10 things that secretly perplex foreigners but we just love doing.

“Why your math exam only get 93? Jeffrey’s mother told me he got 97!” Growing up, this was as close to praise as it got. Though you may find it hard to believe, what our well-meaning parents actually meant was: that’s good, but I know you can do better.

And so we were sent off for tuition classes to help us fulfill our true potential. If you must know, I scored 98 on the next math test. Jeffrey got 90.

2. Our Love for Mispronunciation

For those setting foot on our shores for the first time, our quirky Singaporean pronunciation can bewilder and even amuse you. Say you’re at Subway, waiting for the person in front to order.

“Can I have let-YOOs, olives, pickles… and uh HA-lapenos?” He rattles off, and you stifle a smile, waiting for the moment to pass.

“Yes, uh… Chipo-TAY sauce, please.” That’s when you lose it.

These are just some of the unfortunate words that Singaporeans are guilty of butchering. It’s not always due to ignorance, though. In fact, some English words have been deliberately mispronounced to express a unique Singaporean identity.

So maybe I say “powderful” instead of “powerful”, and “jiro” instead of “zero”. Stick around long enough, and you’ll understand the workings of our secret language. Read our article here for a full list of words Singaporeans mispronounce.

If you’ve read this article, you’ll be nonplussed at some of extreme measures Singaporeans take to pinch the pennies. Kiasu Singaporeans have been known to pull over at roadsides before an ERP gantry, waiting for the lights to go off so they can avoid paying.

Foreigners cannot wrap their heads round our obsession with scrimping and saving. But like any true blue Singaporean, I can tell you that there’s just something shiok about saving an extra dollar or two. I guess that’s also the reason we had to create courtesy campaigns. Even animated ones! Check out a real-life parody of a recent LTA campaign that we did!

When it comes to our real national fruit, disconcerted foreigners watch as we devour husk after husk of durians. From a distance, of course. They’re too busy holding their breath, so a question is left hanging unanswered in the air, which is by now thick with durian fumes: how can we possibly stomach something so putrid?

As a Singaporean, the irrational fear of losing is something that seizes me from time to time. Colloquially known as being Kiasu, this urge to avoid losing out at all costs is a great mystery to foreigners.

Many a time, Kiasu-ism has been frowned upon by visitors to Singapore. From chionging for MRT seats to sending their children to enrichment classes – they just can’t fathom why are Singaporeans so dead set on outdoing each other. But being Kiasu is not always about being self-centred.

Sometimes, Kiasu behaviour can be expressions of love. You’ve read about Kiasu parents moving heaven and earth to ensure their child secures enrolment in a popular school- if that’s not love, then I don’t know what is.

6. Our Fixation with Instagramming Food

Food is one of the most Insta-worthy subjects in Singapore. Last reunion dinner, I witnessed a barricade of phones being erected around the suckling pig which had freshly emerged from the kitchen.

Don’t chalk it all up to frivolity, though. The reason why we simply MUST Instagram even the humblest plate of hawker rojak is because it helps us connect with others. In a city where life is just one big blur, we don’t get to share experiences often enough.

Instagramming food helps us bridge that gap between the exigencies of daily life and staying connected to the ones we love. That same Chinese New Year, friends replied to my suckling pig picture with comments and pictures telling me what they had in return.

As a foreigner who has commuted on the MRT, you find the Singaporean tendency to avoid reserved seating puzzling. You’ve seen it happen before: the train doors open, and a trickle of Singaporeans file in. But like clockwork, they simultaneously give the reserved seats a wind berth.  It’s literally like they’re… afraid of it.

They’ve good reason to be- after the spate of altercations occurring over priority seats (see here and here), it’s no wonder we shun those seats like the plague. Like what they always say, it’s better to be safe than sorry.

“Girl ah, you work nearby hor… You got boyfriend not?”, the Bak Chor Mee aunty asks me with a sly smile. Shrewdly, she holds on to my bowl of noodles until she gets her answer.

Here, it’s not just inquisitive relatives who enquire about your relationship status. The next time you go to a mama shop, don’t be too surprised if the uncle at the counter starts quizzing you as he rings up your purchases.

In a country where everyone older than you is your aunty or uncle, it’s best to accept the fact that you can’t hide anything from family- even a surrogate one.

Touted as Singapore’s leading citizen journalism website, STOMP’s content is mostly user-generated. Like many foreigners, I’ve questioned the nature of the content published on various occasions. Really, is there a need to know who’s going shirtless on the MRT?

However, despite its shortcomings, STOMP serves as a surprisingly powerful deterrent against socially irresponsible behaviour. “I STOMP you ah!”- the moment these words fall on any local’s ears, they become ramrod straight and automatically cease any disgraceful behaviour.

10. Our Hiring of Domestic Helpers

Hiring domestic help is the norm here, yet the prospect of having a live-in maid is unimaginable for most Westerners.

But if both parents work full-time, and there are young children in the picture, having a maid almost becomes a necessity in fast-paced Singapore. Having an extra pair of hands helping you with domestic chores ensures you don’t come home to chaos.

You’ve just landed in Singapore, and find yourself in the middle of the hubbub of Chinatown. If you’re none the wiser, you would have strained your ears trying to detect what sounds like English – no, Chinese – not quite. What exactly is it???

Just like Rojak, Singaporeans speak in an English that is an eclectic mix of dialect and mother tongue – because sometimes English just doesn’t won’t do the job.

12. Eating Everything with Chilli

If chili was a fruit, it would be our national fruit. Green chilli, chilli padi, sambal chilli… We have have chillies for every dish from nasi lemak to oyster omelette. The more hiam (spicy) it is, the more shiok it will be.

Singaporeans have a love-hate relationship with chili. We love to eat it, but hate the aftermath. Still, it’ll take more than swollen lips and flushed faces to make us give it up.

13. Our Penchant for Bargain Hunting

My eyes rove from left to right – I’m on the prowl again. The screen refreshes (too slowly!), and my body tenses in anticipation. When it finally loads, I find myself shrieking in disbelief. “84% off?!” I hit buy immediately, giddy with euphoria. Now that was a steal.

I’m not the only one who goes gaga over a good deal. Singapore is a nation of bargain hunters, and we are out for blood. With haggling on the decline here, Singaporeans are increasingly willing to trawl every inch of this island, leaving no good deal undiscovered.

On a scorching day, I’ll be like: “Walau, today sun so hot, if I earlier know I wouldn’t have worn this jacket.” But the very next day, I might very well go: “Wah, today weather so cold, where’s the sun?”

Or like this uncle, Singaporeans might even have THE dream job and still find something to complain about. Our favorite topic? EVERYTHING AND ANYTHING – we even complain about complaining. If you need more explanation, read our article about why Singaporeans think their life suck.

There you have it – 14 things Singaporeans do which ang mohs will never understand about Singaporeans! To our foreign friends: this article should have helped to explain our mysterious mannerisms. You might even come to realise that we’re more alike than you think. 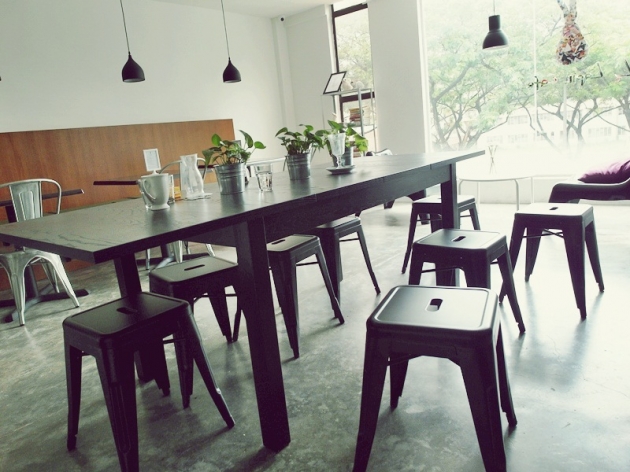 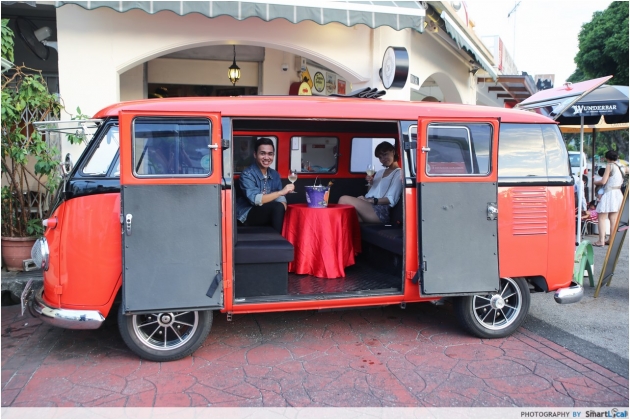