Much like Harry Potter and his friends, you’re either born a gardening wizard or you’re not. But if you’re a self-professed muggle with the greens, worry not my friend. With air plants, care and maintenance are much less of a worry, giving those who have always dreamed of being a plant parent some hope.

Here are eight varieties you can find in Singapore to get you started with: Air plant novices can look out for the Tillandsia ionantha, also commonly known as the Blushing Bride for its stunning colour when in bloom. The ionantha is good news for those that tend to “forget” to water their greens – it needs relatively little water when in humid environments such as closed terrariums. If out in the open, light but regular misting will do.

Tip: After misting, hang the plant upside down to get rid of excess moisture as over-watering can kill it.

This air plant is tropical, which means that it can withstand Singapore’s high temperatures and humidity. However, be careful to not let it be under direct sunlight for long periods of time as this can dry out its leaves. 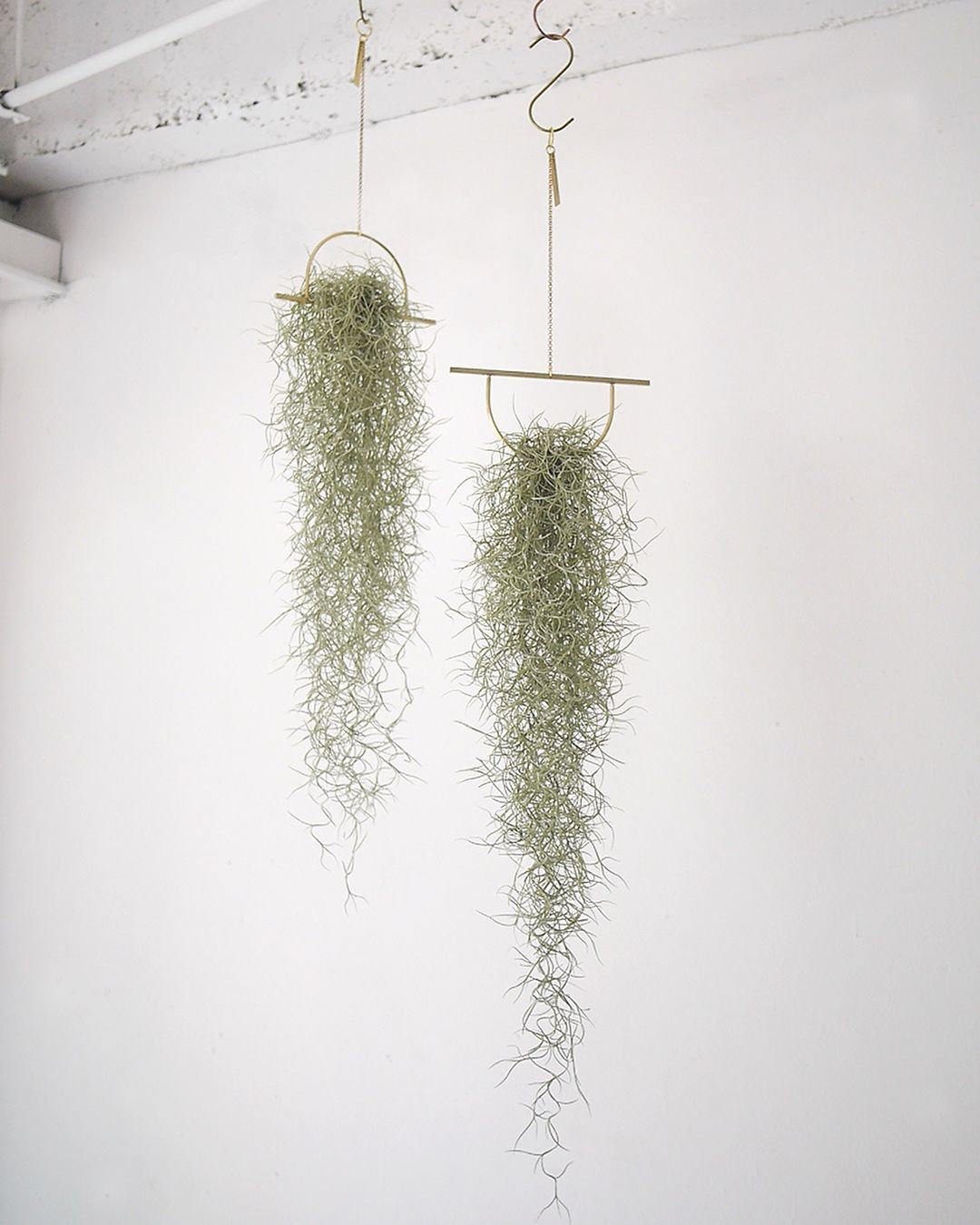 If you’re looking for a statement piece for your home, time to get yourself some Spanish moss, a.k.a. Tillandsia usneoides. Though it looks pretty dramatic, taking care of it requires relatively little maintenance.

Unlike most of us, Spanish moss thrives on high humidity. However, it cannot stay wet for too long as this can lead to rot – so if you’re giving your plant a soak, make sure to dry it completely within 20 – 30 minutes. Spanish moss looks just as pretty in a regular flower pot too – if it gets too long,  all you’ve got to do is snip off its ends.
Image credit: @_plant.witch

Reaching lengths of 20 – 25 feet, this air plant looks best hung from the ceiling – just ensure it stays in an area with sufficient shade as direct sunlight can turn its leaves black. If you don’t want to hang your air plants, just pop them into a terrarium or pot instead
Image credit: Logee’s Greenhouses

Not as dramatic as the ionantha and Spanish Moss, the Tillandsia harrisii is perfect for folks looking for something simple that won’t take up much space. Known as one of the hardier air plants out there, beginners who have difficulty keeping up with watering schedules will be glad to know that missing a few days won’t put this little guy in danger.

While it needs a sufficient amount of light to thrive, be careful not to expose it to direct sunlight – especially not the brutal mid-afternoon Singapore sun. 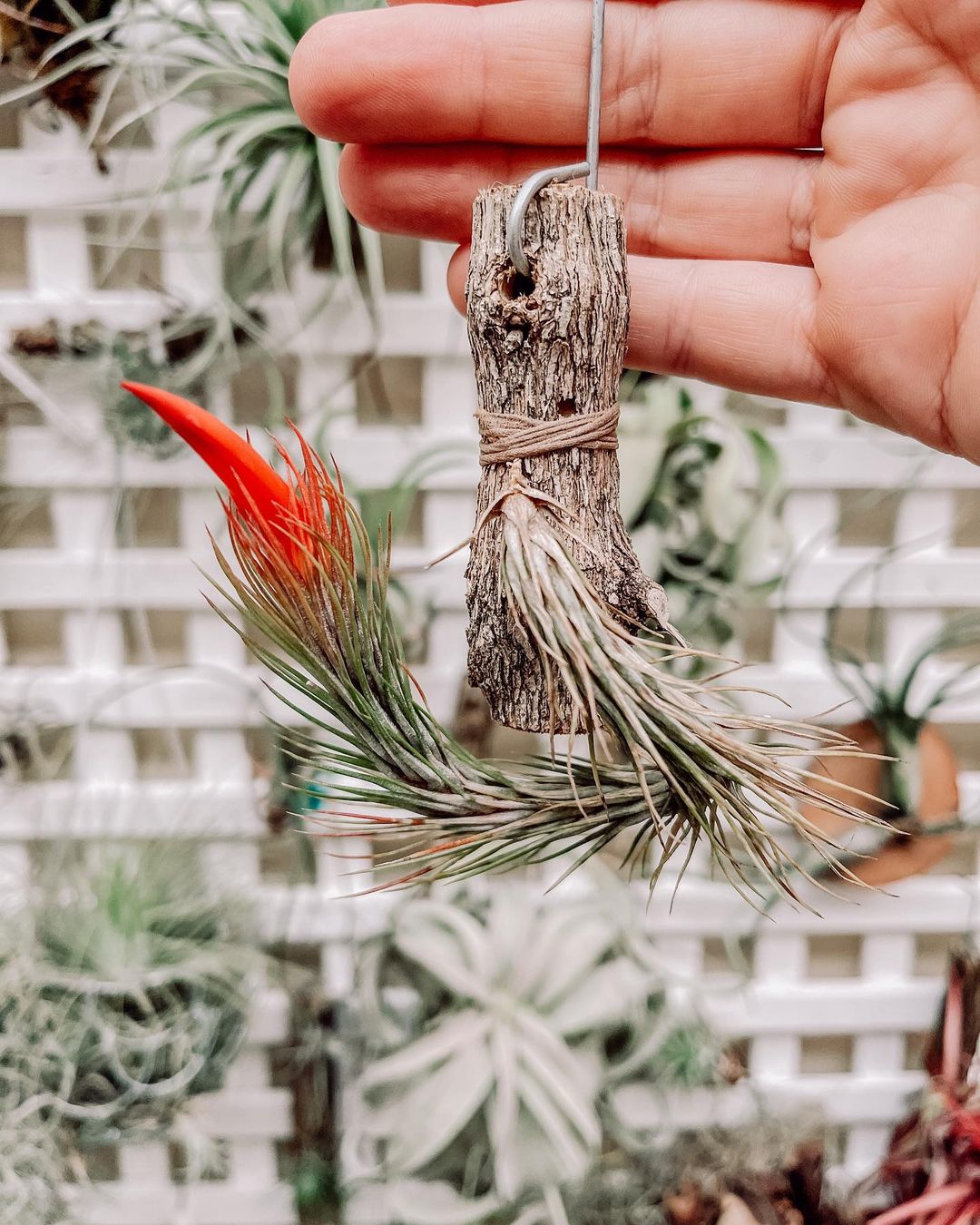 Tillandsia what?! If you read the name as something else, you’re not alone. Aside from its funky name, the Tillandsia funckiana is one of the more unique-looking air plants in the market.

Resembling pine needles, this air plant enjoys bright sunlight and moderate humidity and should be watered once or twice a week depending on how hot it is. However, it does need to be aired quickly so that it doesn’t rot.

Water: Once or twice a week
Light: Bright sunlight or filtered light 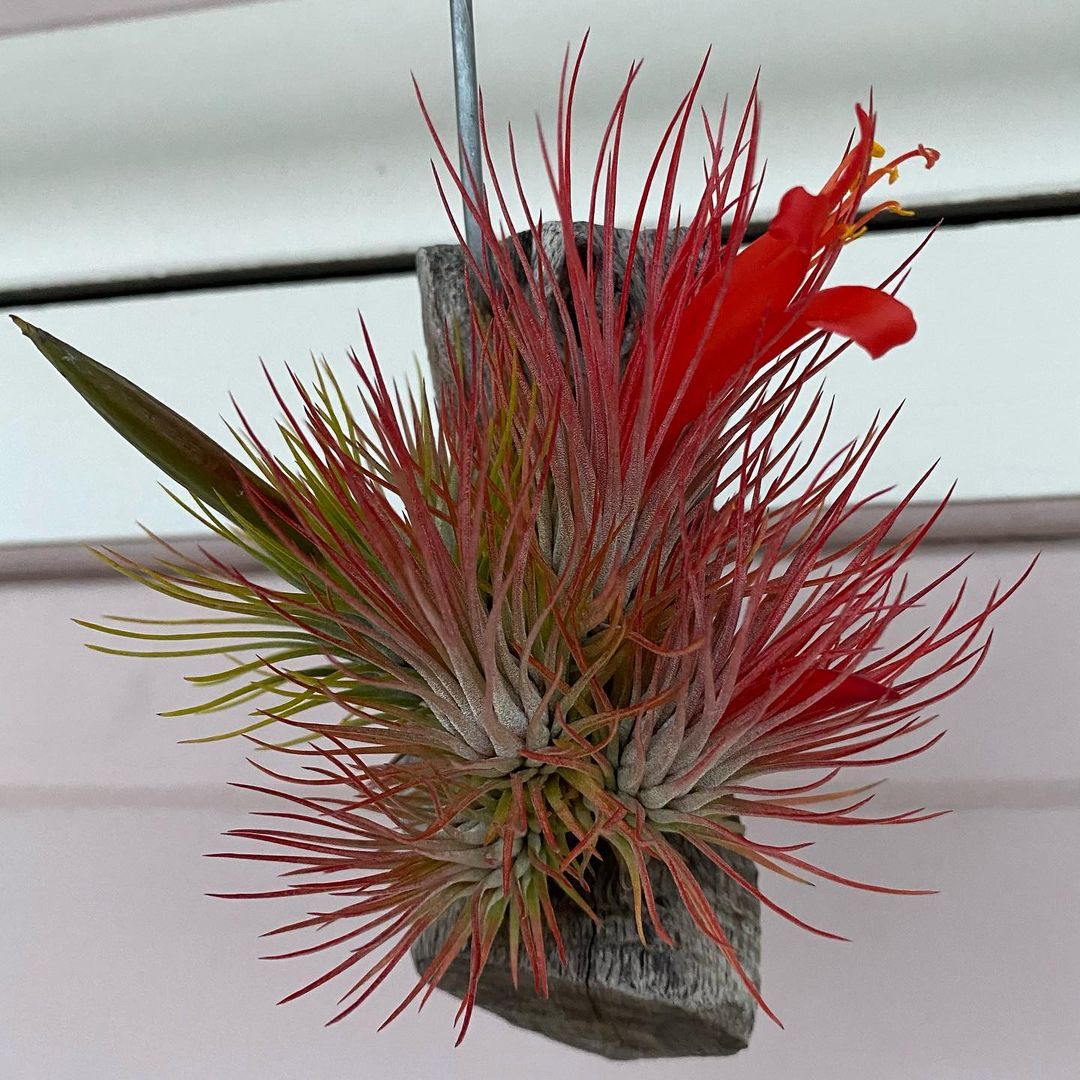 Its red leaves are a sign that the plant is in bloom
Image credit: @ noellenohea

With its bright red colouring, the Tillandsia andreana is a fun pop of colour to have at home. While suitable for both potted and hanging displays, we’d recommend adding one of these to a tabletop terrarium.

The plant does require frequent hydration – experts suggest a mixture of misting and watering throughout the week so it doesn’t dry out. It’s also more sensitive due to its thin leaves, so be careful not to expose it to direct light or highly humid environments. 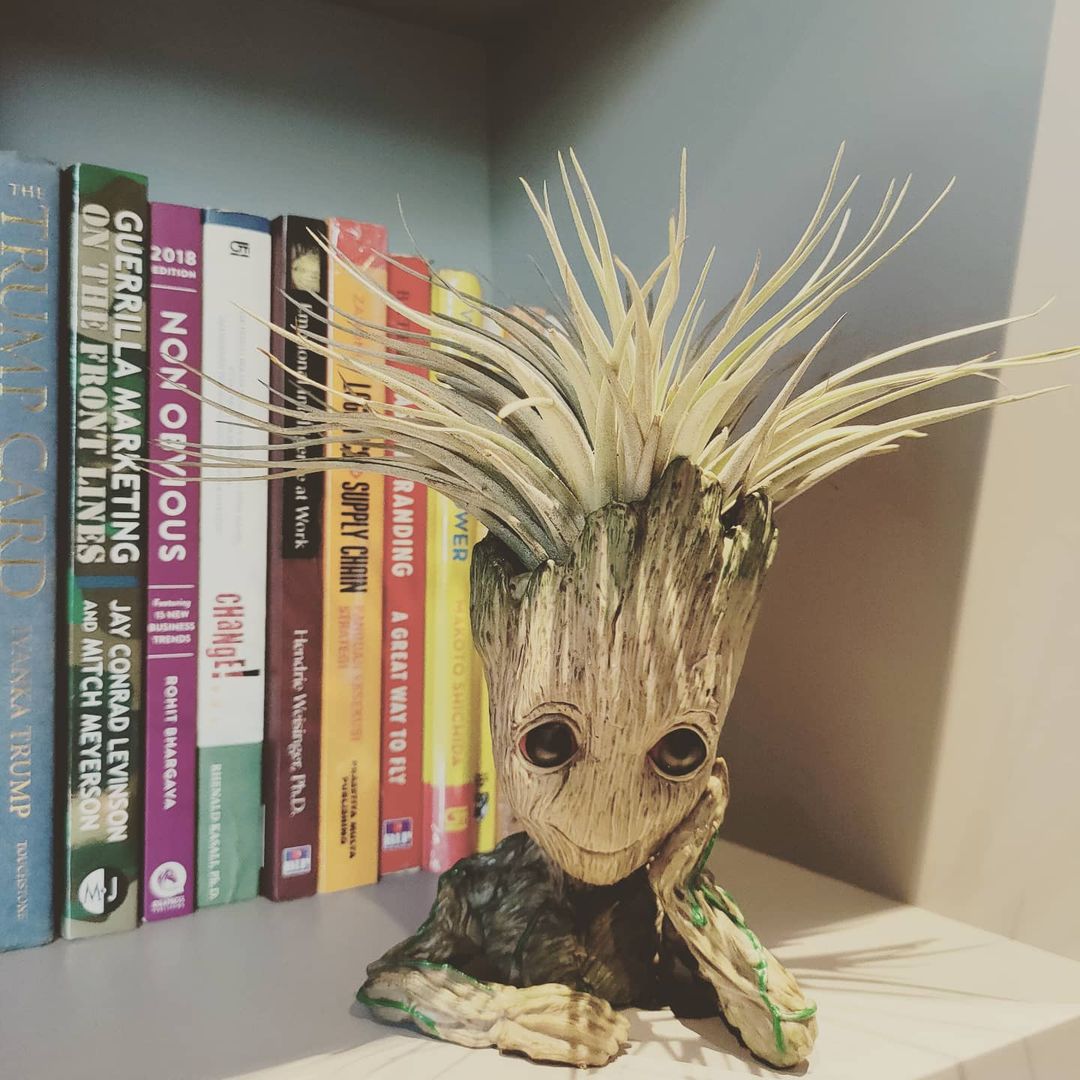 Get a cute planter like this to add some fun to your home garden
Image credit: @fendbs

Like the harrisii variety, the Tillandsia houston boasts dewy, “silvery” leaves. This air plant can get quite big if taken care of well too – and this shouldn’t be hard as it’s pretty sturdy. It just needs to be watered anywhere from one to three times a week depending on how hot or cool it is, and get a daily dose of indirect light. 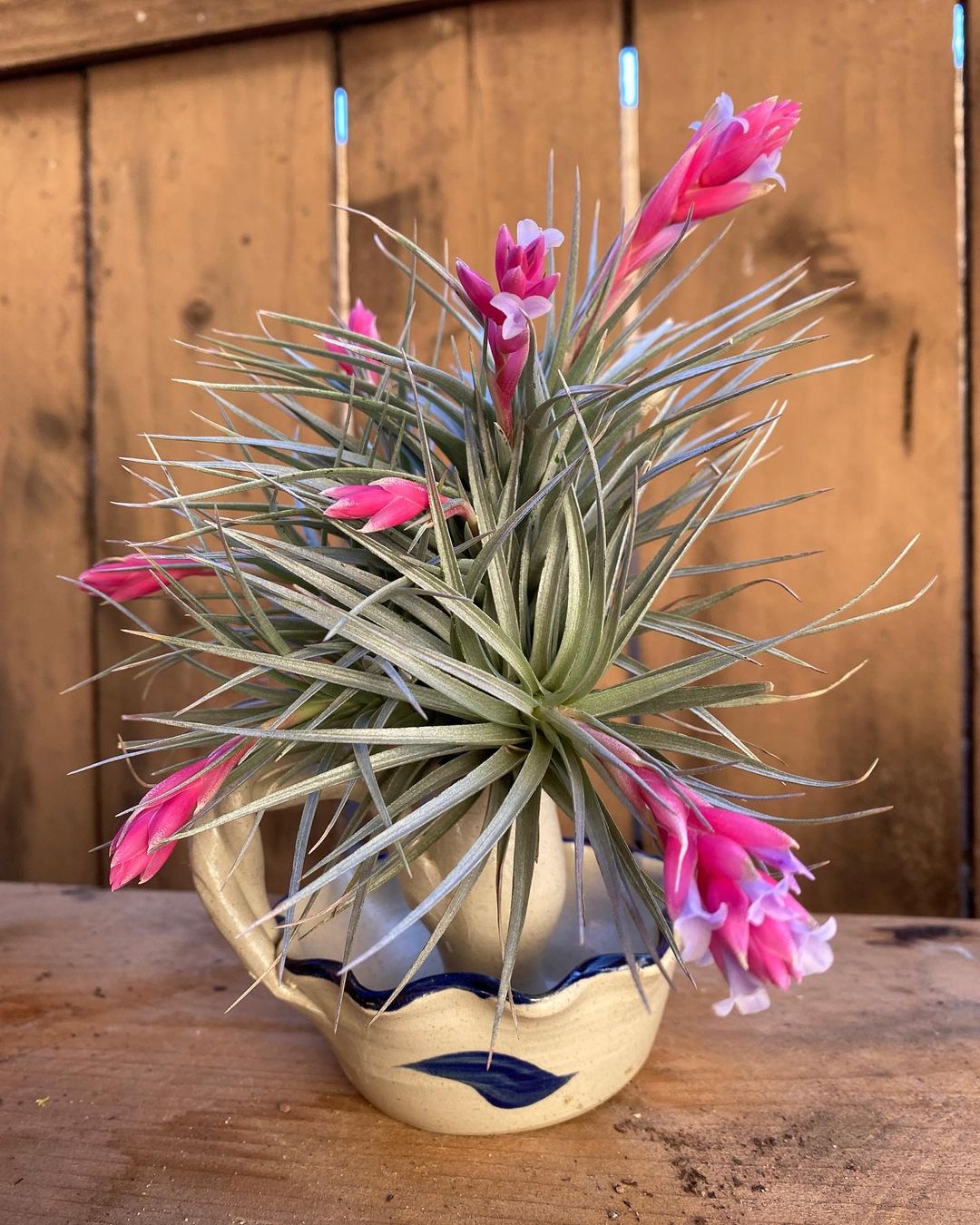 And if you’re wondering where the whole “cotton candy” idea comes from, just wait for your Tillandsia houston to start sprouting its vibrant pink flowers. 😍 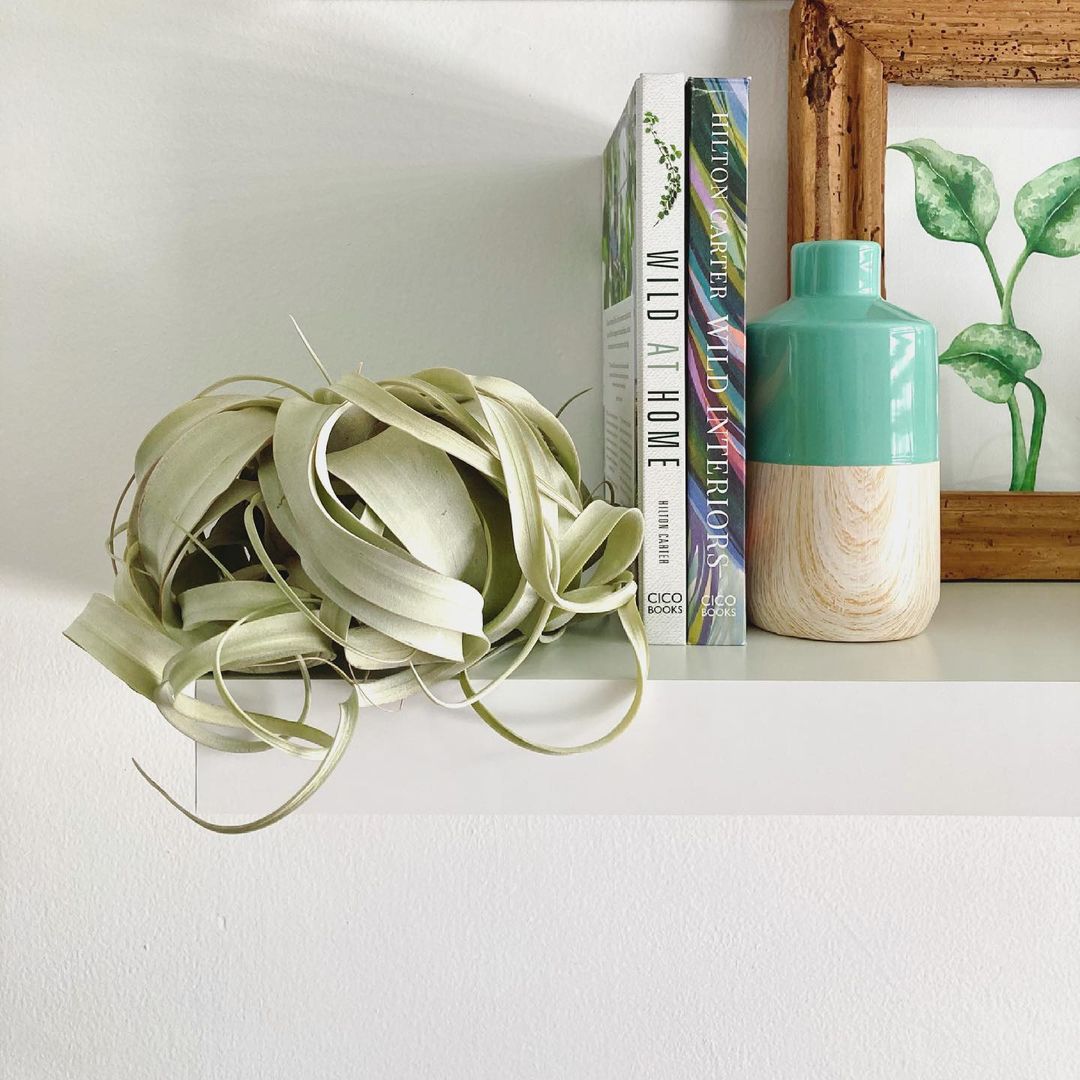 There is only one word to describe the Tillandsia xerographica: Chonky.

Aptly known in the plant community as the “king of air plants”, this big boy can grow up to 60CM. Visually, it stands out from most of the plants on the list – its curly tendrils make it a good hanging plant just like Spanish Moss.

The xerographica will fare fine if you miss some waterings as well – it thrives in drier conditions and can tahan more bright sunlight than most other air plants. 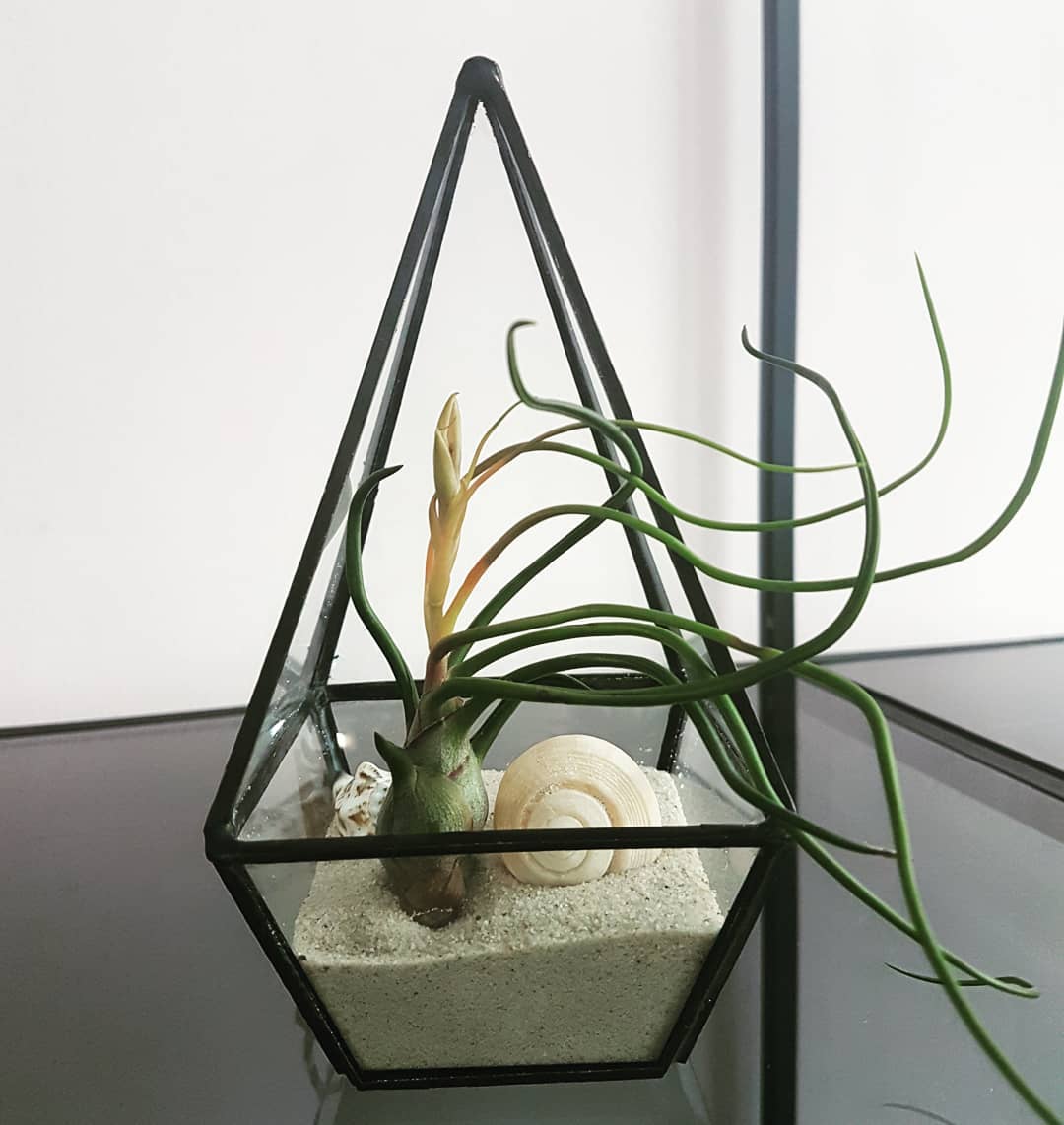 I’ll admit – I think the Tillandsia bulbosa looks more like an overgrown spring onion than anything else. But that’s what makes this air plant stand out; it’s not “conventionally” good looking, making it a unique addition to any terrarium.

Beginners won’t struggle to take care of this either. All it needs is some natural sunlight and a weekly soak – just be sure to give it a good shake to get rid of excess water to avoid rotting.

Where to buy air plants in Singapore

Air plants are relatively easy to get in Singapore, with reputable sellers both online and with in-person nurseries. Get creative with your little plant friends
Image credit: @la_pomona_mx

If you dream of one day owning your own Monstera-infested jungalow, air plants are a great place to start. They’re easy to care for and relatively inexpensive – most of the plants on the list start from less than $5.

For more tips on cultivating those green fingers: 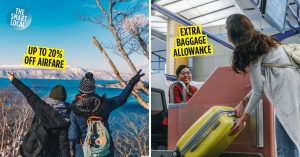 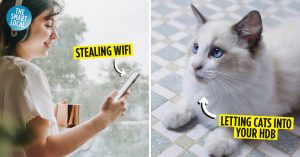