About Ah Boys To Men The Musical 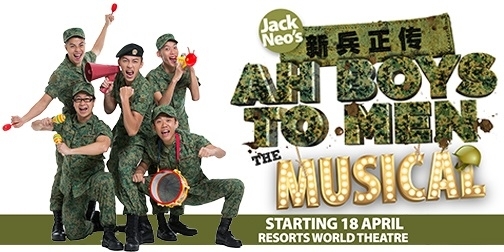 Ah Boys To Men (ABTM) has returned and this time in the form of a live action musical! If you’re a fan of the cast, you’ll be pleased to be able to see the members of the original cast – Tosh Zhang, Wang Wei Liang, Maxi Lim and Noah Yap performing live on stage. And if you’ve ever wondered what happens when Jack Neo meets theatre, you’re finally going to get your answer.

The new additions to this live cast include Chua En Lai, Patricia Mok, Dennis Zhou, Richard Low and the very charming Benjamin Kheng – check out our interview with him. The Sam Willows singer brings out the much needed passion to the role of Recruit Ken Chow, which was previously played by the lacklustre Joshua Tan.

What to expect from the ABTM musical

ABTM Musical’s storyline is similar to both parts of its movie. Prior to the musical, I wasn’t so sure if I would enjoy it because I heard it was an adaptation of the movie and I simply could not imagine it as a musical. Furthermore, I was worried that all the singing and dancing may be too much for the inexperienced actors to handle.

Alas, I was surprised at the success of their overall delivery which employed a wise mix of amazing back-up vocalists, occasisonallly making up for singing of the main actors. My personal favourite moments was Benjamin Kheng and Sandra Riley Tang’s singing and the rap solo showdown which features Tosh (FANGIRLLLLL) and the awesome ShiGGa Shay.

I was also blown away by some of the actors like Wang Weiliang and Dennis Zhou whom I would not have guessed possessed such singing ability. Now on to the things I didn’t like.

I found the storyline way too predictable, it seemed like they literally took it off the movie script word for word. But that perhaps might be a good thing for hardcore fans of ABTM, as it brings back memories from the movie. but that didn’t work out too well with me.

Acting wise, the cast were good for first-timers but ultimately it was the veteran actors like Chua En Lai and Zhou Chong Qing, who played a role similar to Aunty Lucy who pretty much stole the show.

As is the case with every Jack Neo production, the musical was very relatable with its strong local identity and fusion of our local slangs and dialects into the play. I don’t think you get to see many plays like that, ever.

Compared to other musicals, it was slightly above average, but to be fair it is not an easy task to adapt a movie like that and it did exceed my expectations. 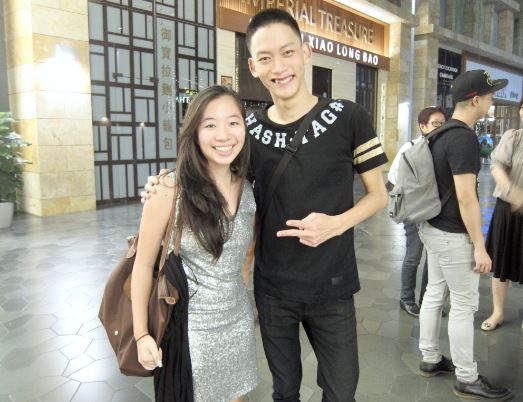