Singapore Heroes that will inspire you

Singaporeans nowadays get easily slammed with negative labels and stereotypes. Be it our queuing culture or vying to squeeze into already packed MRT trains, many look upon us as an ungracious society. It does not help that there are sites like STOMP out there that spotlight the worse of Singaporeans on a daily basis.

We have been stereotyped as egocentric individuals who are only concerned for our personal well-being. We have been described as people who are materialistic and elitist, lacking in resilience and perspective. Hell, even we disillusioned locals think that we have bred a generation of inconsiderate and overly-sheltered Singaporeans.

However, we’re here to prove that Singapore isn’t that bad a country as many think. Are there Singaporeans who thoughtful and kind, tenacious and worthy of emulation? Yes, there are. And we can be more like that. Here are 12 conspirational moments from local heroes that will restore your faith in Singapore. I’m sure we’ve all heard of the inspiring story of Saiyidah Aisyah, our local rowing gold medallist. Aisyah embarked on the road less travelled and fought against the currents. She has proven to us that with commitment, passion and determination, we can make our dreams come true, even if we are all on our own. Well, you can’t say Singaporeans ain’t got humour. A kind and thoughtful warden, more commonly known as “saman kings”, decided to go easy on an errant driver during Chinese New Year. We’re not all that indifferent after all.

3. The valiant Little India Hero who attempted to fend off rioters 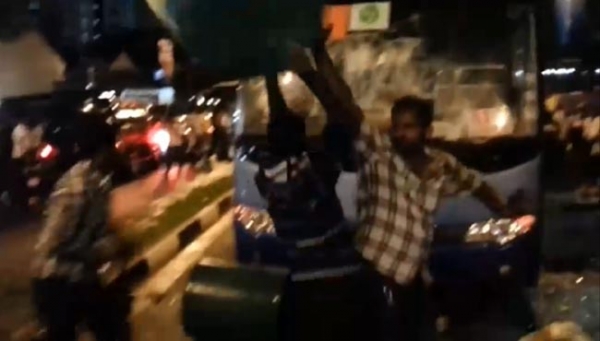 Who said that we were unconcerned people who do not stand up for what we think is right? And it’s always easier to just walk away. Not this guy. The Little India hero stood in the way of his fellow comrades and helped deter the rioters from causing more damage to the bus.

4. Setting up of a Message Board for the man killed by bus 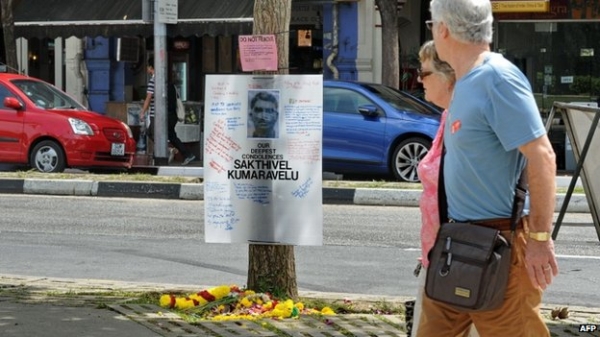 Two young Singaporeans have set up a message board in at Tekka Lane in Little India for passers-by to pen their condolences for Sakthivel Kumaravelu. It also serves as an avenue for Singaporeans to express their gratitude to members of the police force, civil defence force and emergency personnel for restoring peace at the riot.

They hope to spread love and peace instead of hate and xenophobia, and want to remind Singaporeans that everyone is equal regardless of race, religion or status. Laurentia Tan is a beacon of hope and inspiration to all youth out there. Despite her physical disabilities and profound deafness, she had won Singapore her first medal for Equestrian in the Paralympics. Listen to her story in the video below. 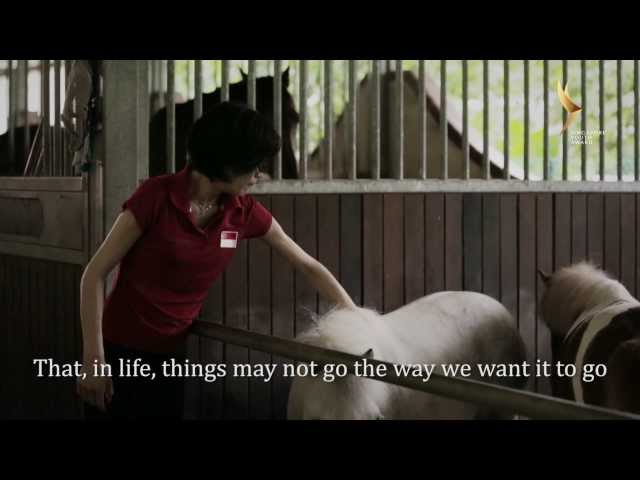 Source: Singaporean of the Day

As Laurentia wisely puts, “Life will not always go the way we want it to go, and there will always be challenges, but we do not know what we can, or cannot do, until we try.“ It wasn’t very long ago that cab driver Tong Ming Ming volunteered to donate part of his organ to civil servant Toh Lai Keng. Just last month, a man once again donated part of his liver to a total stranger Phyllis Poh, a 10-year-old girl with a rare liver disease after her older brother expressed this wish in The Straits Times last November. In fact, two men had came forward to offer donation, but only one of them was a match.

Such acts of kindness do indeed prove to be contagious. Last year, a fellow Singaporean named Al-Matin Mohamed in New York was involved in a horrific hit-and-run accident. The accident not only resulted in a head trauma, broken legs and a fractured pelvis amongst other injuries, but also left his family with high medical expenses to shoulder. This sparked the creation of a Facebook group named “Get Well Soon, Matin” by a group of friends, who used it as a means of raising funds for Matin and his family.

Word spread and Singaporeans started mailing checks and cash, wiring money to a specified bank account, and writing letters and notes of encouragement to Matin. In fact, Singaporeans living in other parts of the world such as the UK and USA had volunteered to coordinate the efforts from fellow Singaporeans staying in the area.

What amazed me is the instantaneous support given by Singaporeans, and their tremendous placement of faith that these money will indeed reach Matin eventually. Guess what? These generous contributions amounted to more than S$150,000.

Taxi drivers do not have it easy. Some will involuntarily start a anti-government vitriolic and those cab rides are not fun. But then there are also the kind ones who always come out to help you squeeze that fat suitcase in the trunk.

Some taxi drivers even stock up bottles of mineral water and place them in the back seat pocket, making them available to any thirsty customer who gets onto their cabs. Now that’s really considerate, and I’m sure any one would appreciate a gesture like that especially in hot and humid Singapore.

So here is a big thank you to all you considerate taxi drivers out there.

9. A common sight to see queues at MRT platforms 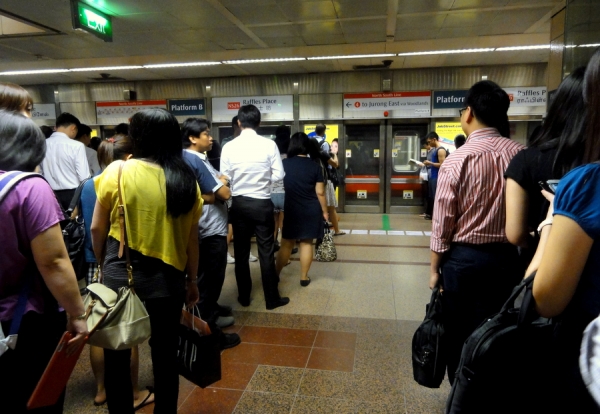 10. Neighbour returns a T-Shirt that fell off laundry pole How can we say that we live in a selfish and uncaring society? This small act of kindness from a neighbour is proof that the kampung spirit still lives on. A fellow Singaporean known as ‘Uncle Darry’ provided free transportation service for the Typhoon “Yolanda” donation drive as part of his “small contribution to the Pinoys in need…”. Logistics had proved to be a problem, but luckily for Uncle Darry, all the boxes of donation were properly arranged and accounted for.

Sometimes, these small acts of kindness can go a long way. Mr Sia Ka Tian found rolls of $1000 bills that amounted to S$1.1 million in a black paper bag on the back seat of his cab, after he dropped a vacationing Thai couple off. Instead of being tempted to keep the cash, he had brought the money to ComfortDelGro’s lost-and-found office.

“The money is unimportant to me,” he had said. “It doesn’t belong to me, so how can I use it?”

Proud to be Singaporean

It’s always easier to pick on the bad rather than the good points, but these stories are undeniable facts that prove that Singapore isn’t the most miserable city in the worldl. I’m pretty sure that moments such as these occur daily, but instead of positive sites you get awful sites like STOMP that just focus on highlighting the negative.

And if you know a hero or have an inspiring Singaporean story to add to this list, let us know in the comments.

Be proud to be Singaporean.