This news is very meaningful to the local community where whales are considered sacred deities.

The biggest whale skeletons in Vietnam

The two skeletons are 28 and 22 metres long respectively while their heights are nearly 4 metres. Each skeleton comprises 50 vertebrae and 28 ribs.

The diameter of each vertebra, which is a portion of the spine, is about 40 centimetres and the length of each rib may be up to 10 metres. They are estimated to be around 250 to 300 years old.

These two whale skeletons have long been stored and worshipped by local people for centuries. However, due to the humid climate on Lý Sơn Island, 40% of the skeletons have decayed over the years. To restore and resemble them, 10 experts have been working on them for two months. 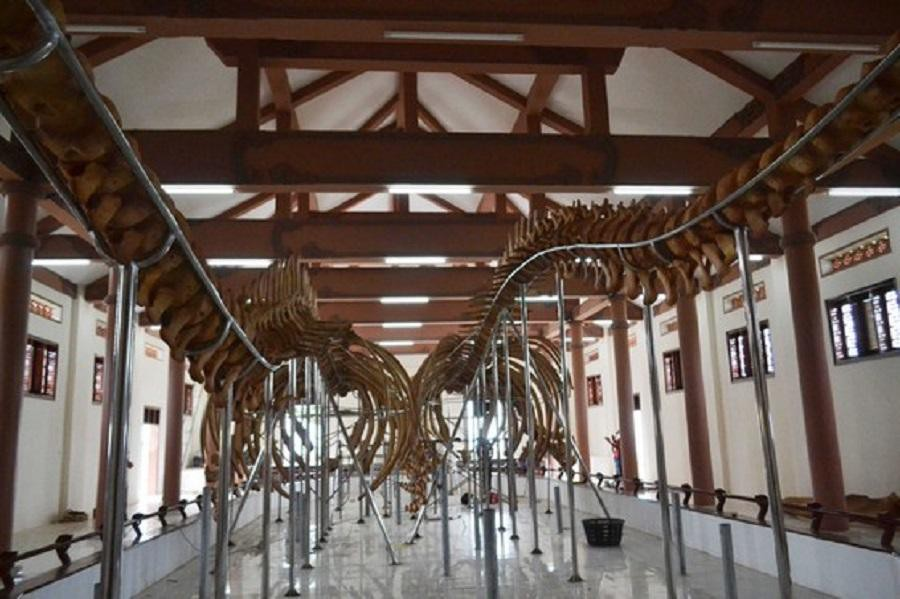 The two whale skeletons were restored and reassembled side by side for two months.
Image credit: Tiền Phong

To fix the serious damage, the experts decided to use a technique called plastination to refill the decayed bones. The skull was also restored using composite.

New stable scaffolds were also erected to support the reassembled skeletons, reflecting the whales’ postures as if they were swimming.

As reported by Voice of Vietnam, the restored skeletons belonged to two big whales that were accidentally stranded on Lý Sơn about 250 to 300 years ago.

As told by the elderly, each of the whales weighed more than ten tonnes, so local people were unable to bring them offshore for a proper funeral. Instead, they began to build a big burial mound. When the whales finally decomposed, they collected the bones and transported them to Lăng Tân. Thanks to their great spiritual value for the local community, the two skeletons were conferred with royal titles by Vietnamese emperors. 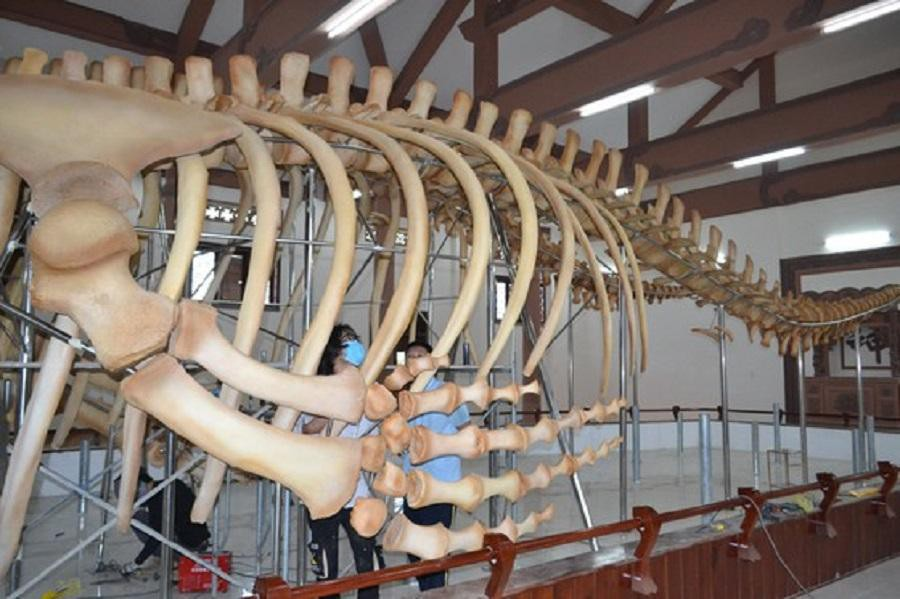 The whale skeletons are of high spiritual value to the people of Lý Sơn Island
Image credit: Tiền Phong

The practice of worshipping whales in southern central and southern Vietnam is a deeply rooted tradition. In these regions, fishing is the main source of livelihood, so people consider whales as deities helping them on every journey.

That’s why when a stranded whale dies, people usually bury it formally and worship the whale at the local temple. Every year, people also hold a big celebration for the whales on various days, depending on the region.

According to Tiền Phong, there are seven whale tombs and a dozen temples attributed to them on Lý Sơn Island, Quảng Ngãi Province. Apart from the two newly restored skeletons, which used to be kept at Lăng Tân, dozens of whale skeletons from decades to centuries old can also be found in other temples.

These large skeletons are natural and spiritual wonders

The restoration of the largest whale skeletons is the local authorities’ effort not only to preserve the meaningful spiritual traditions but also to attract more tourists to the island.

The skeletons are now kept in a new exhibition building at Lý Sơn, so a trip there should be on your bucket list if you love such natural wonders or local traditions. 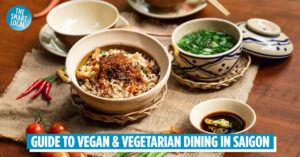 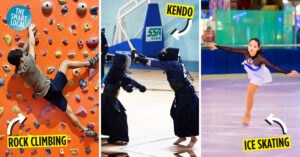