While this is a common sight in every Vietnamese traditional wedding, it is a strange scene to behold in Angola – a country in Africa, where the Vietnamese community is relatively small.

Uniquely, this Vietnamese-style wedding was not organized for a Vietnamese couple, but a local Angolan couple.

Angolan couple have their wedding in traditional Vietnamese style 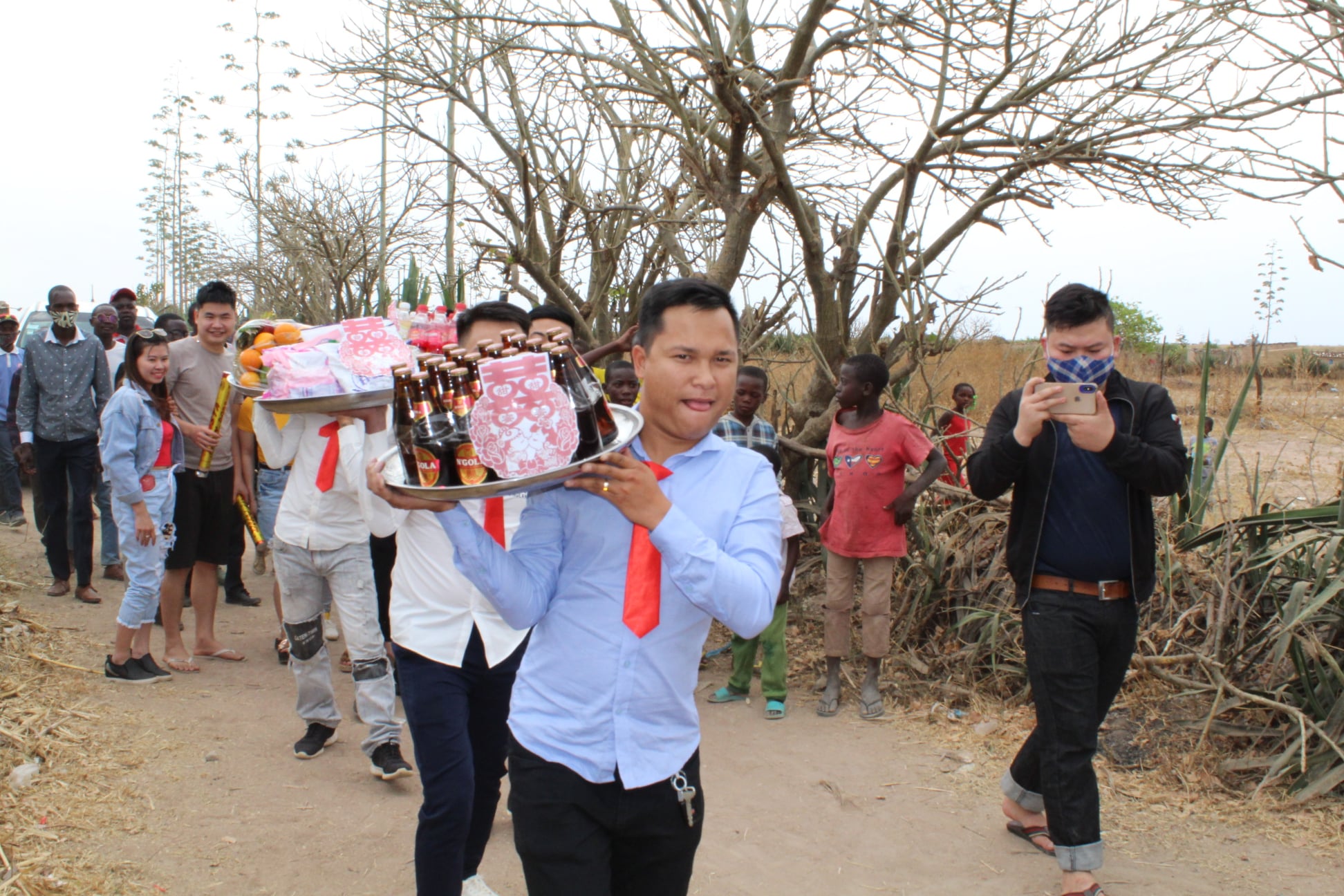 The wedding photos posted on Pham Quang Linh’s Facebook page were taken from his video, then shared widely and becoming a hit with the Vietnamese Facebook community.

Pham Quang Linh, who took the photos, is a Vietnamese citizen living in Angola. According to Linh, this wedding was organized for Lindo, a 24-year-old Angloan who is also his close friend. 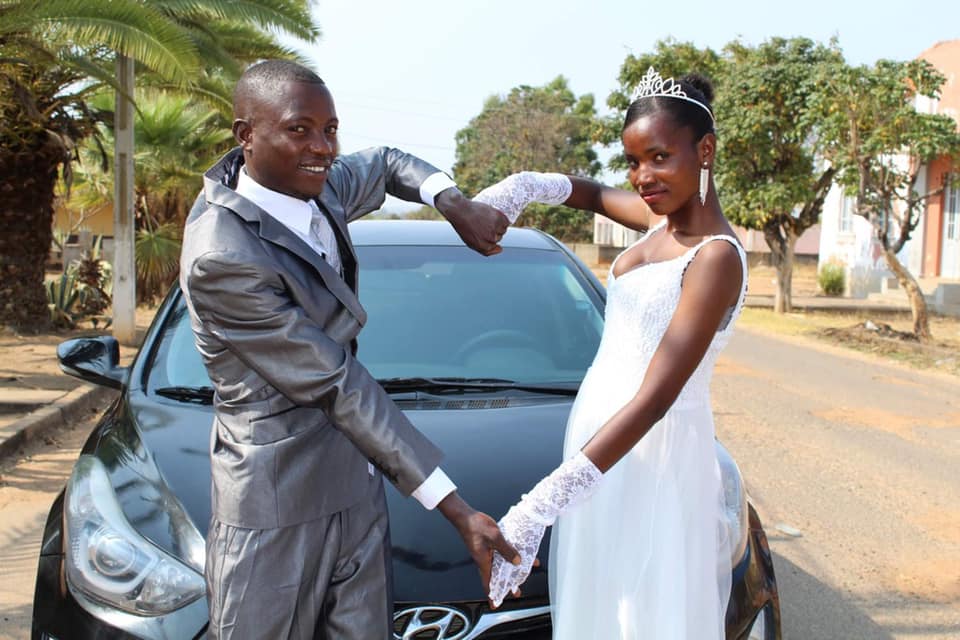 Lindo and his wife, who are Linh’s close friends in Angola
Image credit: Pham Quang Linh

Lindo and Cilia, his wife, are not well off and could hardly afford to have a big wedding.

“2 months before Lindo’s wedding, I came up with the idea of incorporating Vietnamese wedding traditions into an African wedding. I wanted to introduce Vietnamese culture to the locals. Fortunately, the groom and bride’s families were on board with the idea,” Linh said.

Following Vietnamese traditions, the engagement party was hosted at the bride’s home while the wedding ceremony took place at the groom’s. 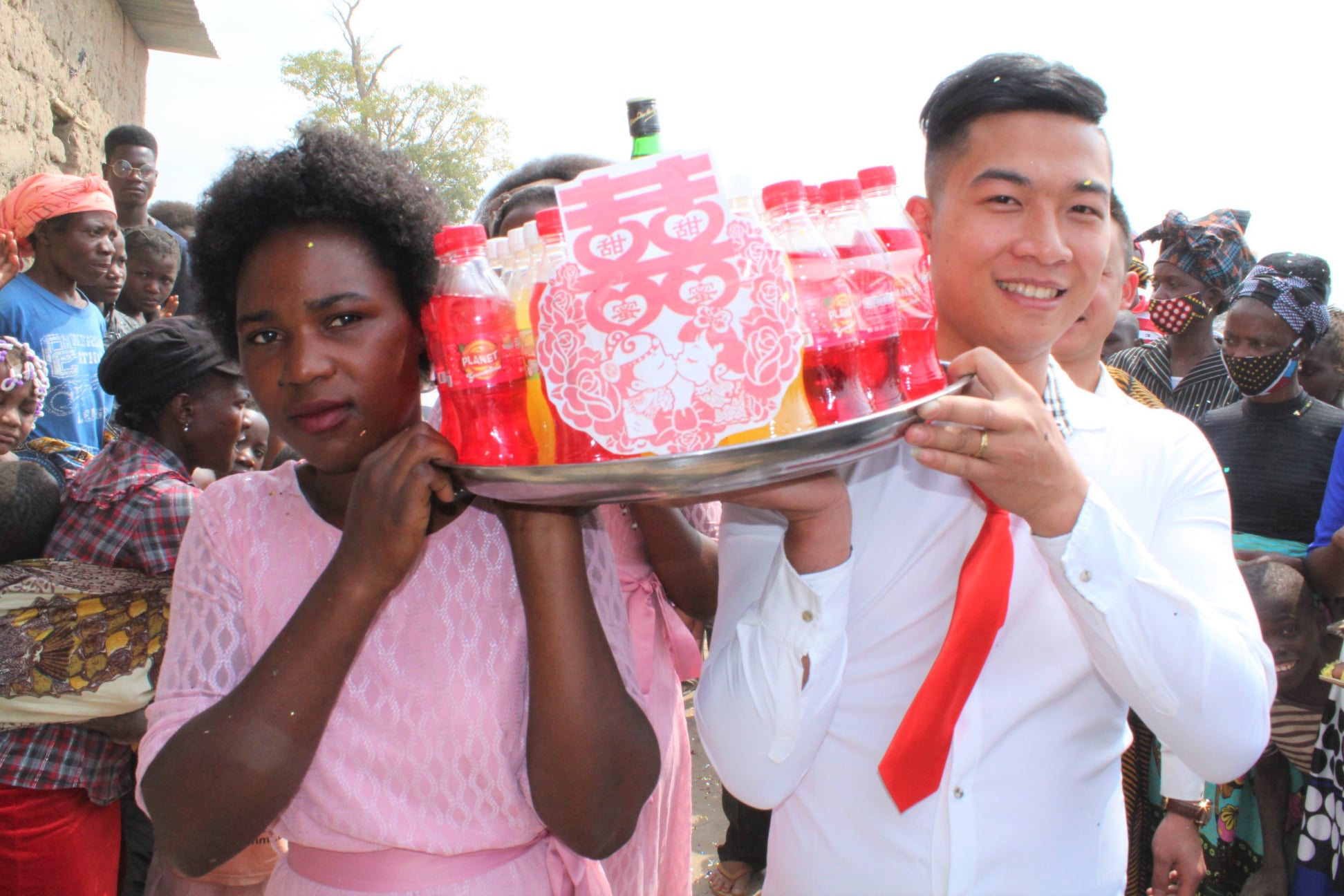 Goodie trays filled with sweets and beverages, which are usually presented by the groom’s family for the bride’s as a token of appreciation at the beginning of the engagement ceremony, were also prepared. 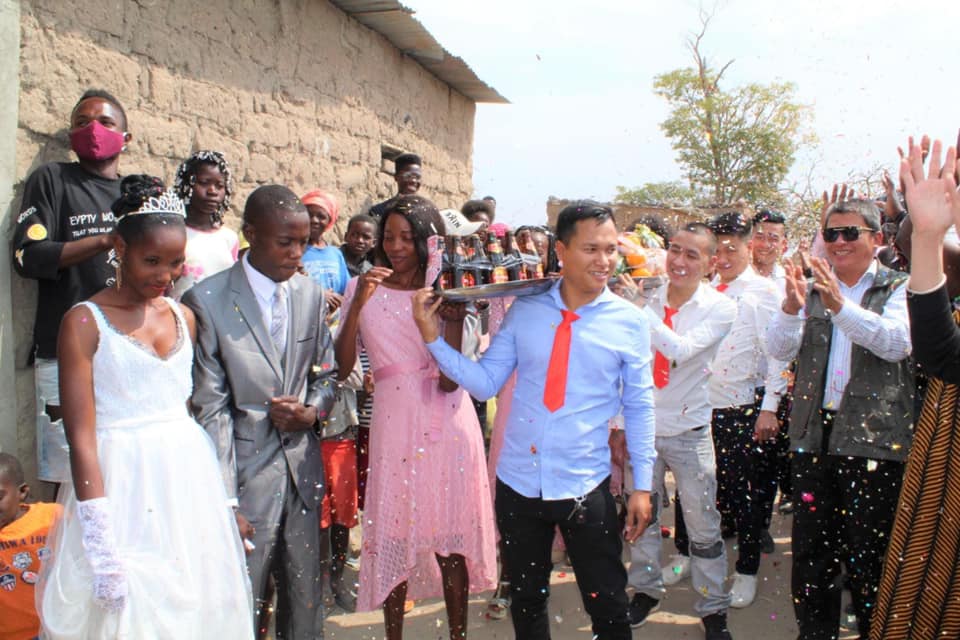 Traditionally, as the groom’s family arrives at the bride’s house, a group of 6 to 8 groomsmen will gather at the bride’s door and stand in a line with the goodie-laden trays on their shoulders. 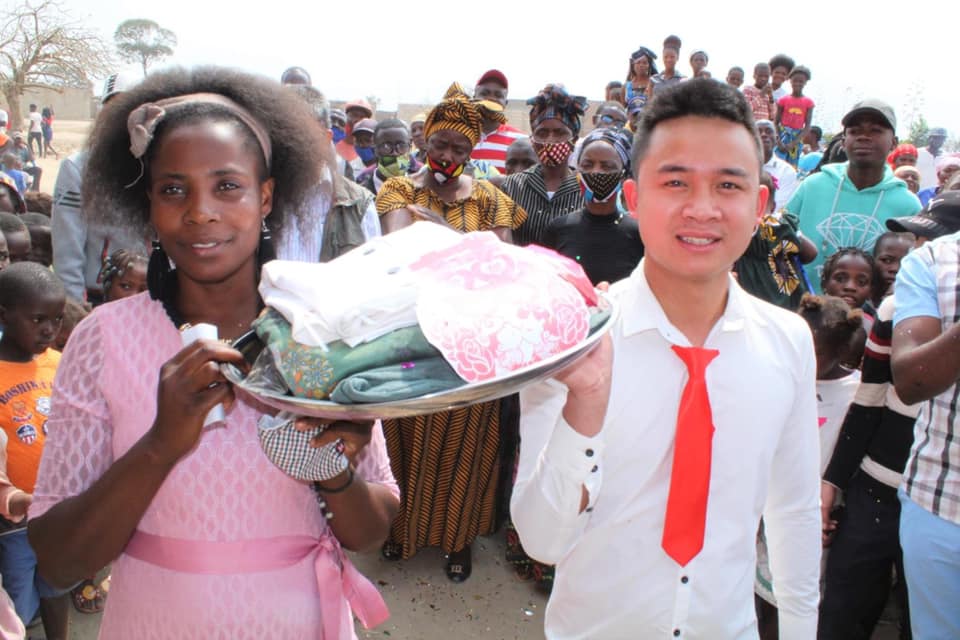 The bride also sends out her group of bridesmaids clad in red or pink ao dai to the door to receive the trays. 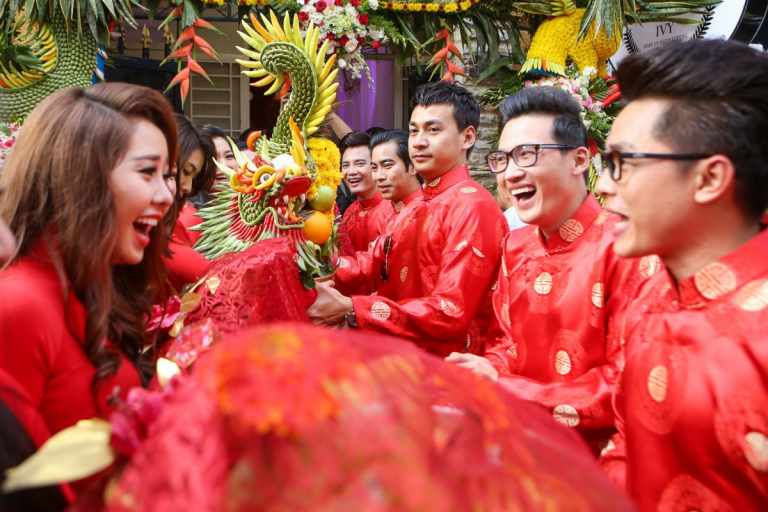 Of course, the bride’s and groom’s families will discuss the arrangements and activities of their bridesmaids and groomsmen in advance, so everything is actually agreed upon ahead of time.

To carry out this tradition, Linh had to ask his Vietnamese friends to chip in as groomsmen and the bride’s Angolan friends as bridesmaids. And that’s how the unprecedented scene of Vietnamese groomsmen handing trays to Angolan bridesmaids was captured and went viral. 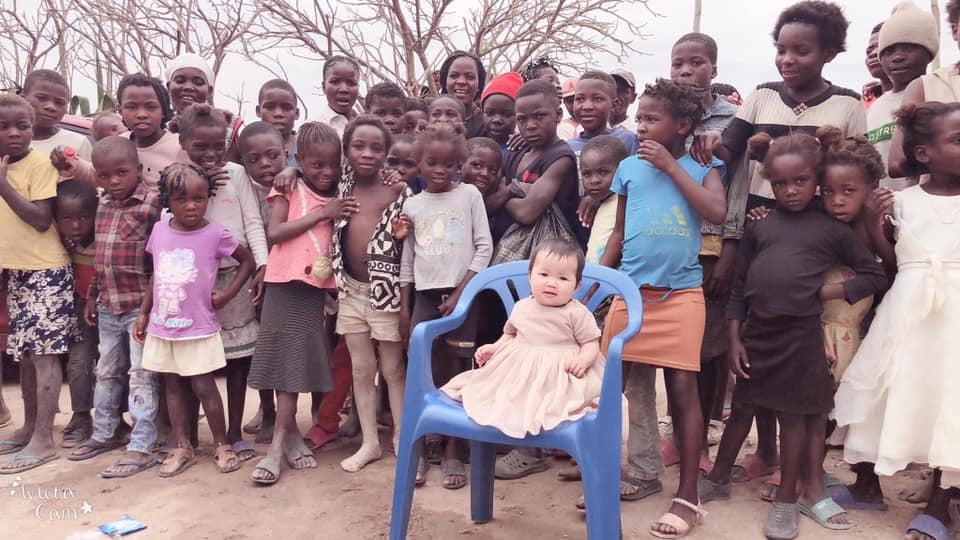 “I sponsored all of the wedding expenses. I also asked my Vietnamese friends to lend a hand. This unprecedented wedding was a big surprise to the locals and we had a large crowd coming to the wedding. That made me very happy,” Linh shared. 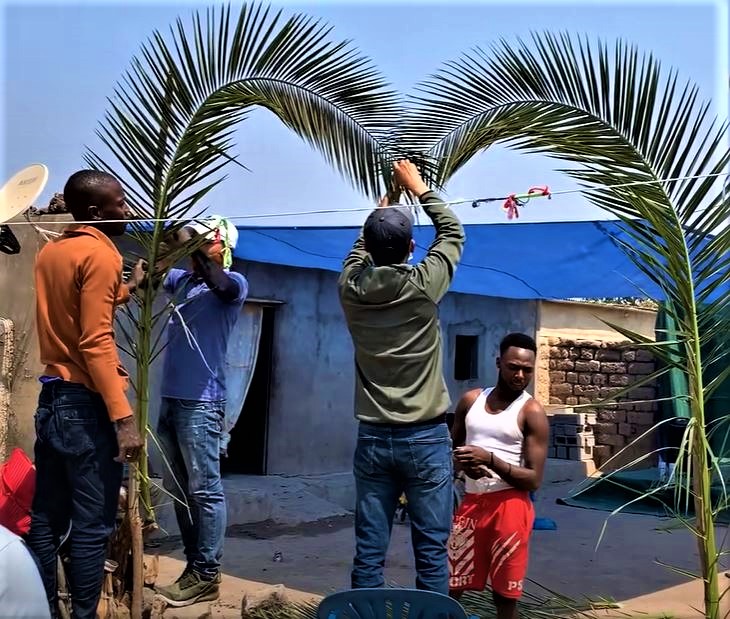 At the couple’s wedding party, Linh and his Vietnamese friends also brought in traditional Vietnamese elements by creating a wedding arch with pineapple leaves. 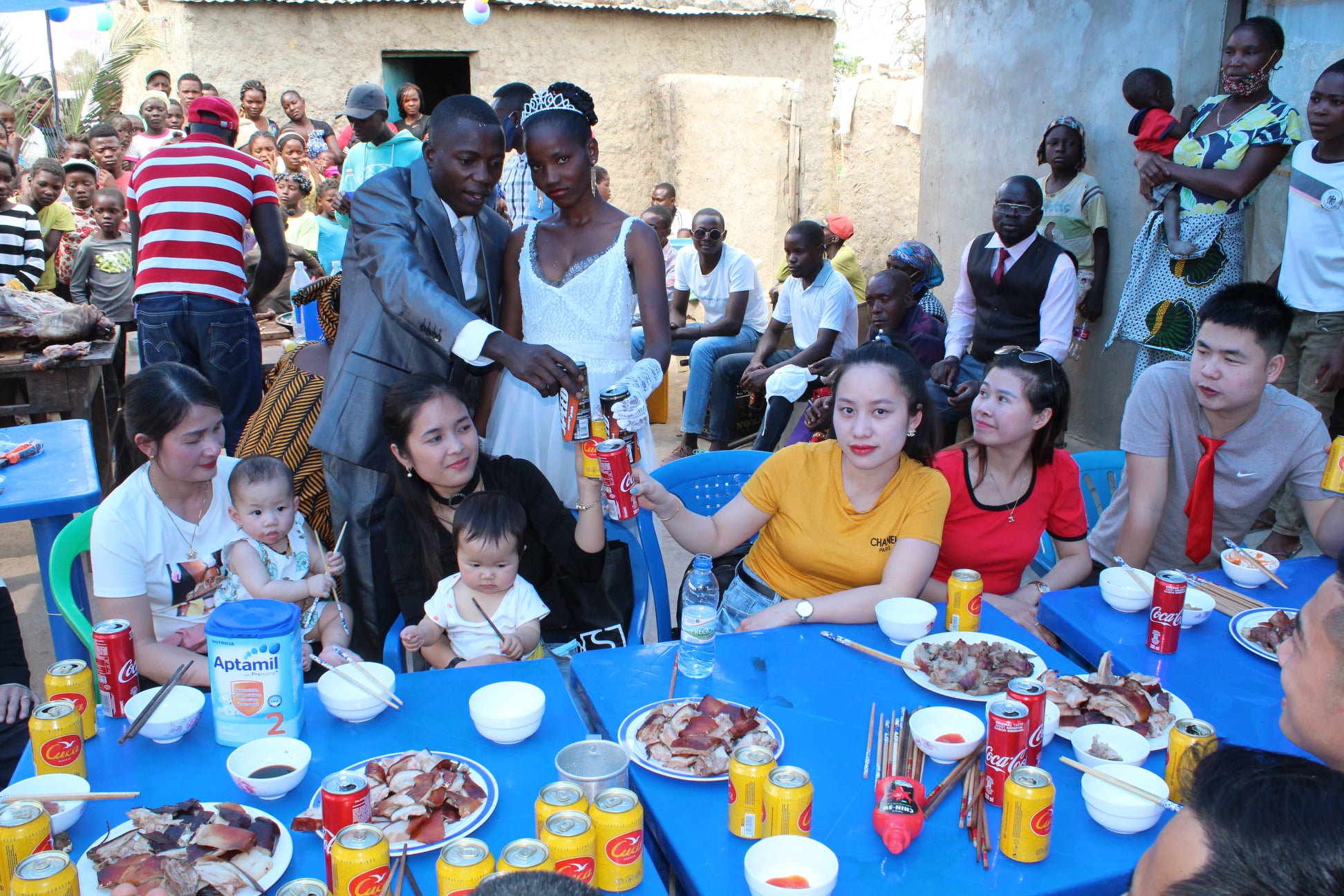 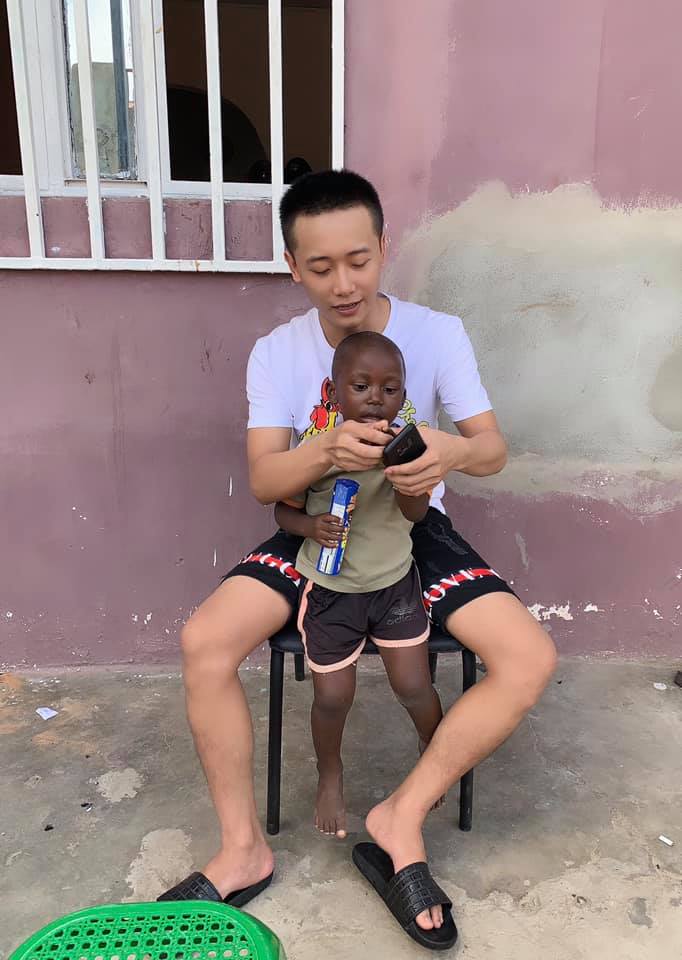 Pham Quang Linh, a 23-year-old man from Vietnam, is one of very few Asian YouTubers who live in Africa and actively shares videos about his life here.

Besides operating his own refrigerator business, Linh is actively involved in charity work to provide relief efforts to poor children in Africa. 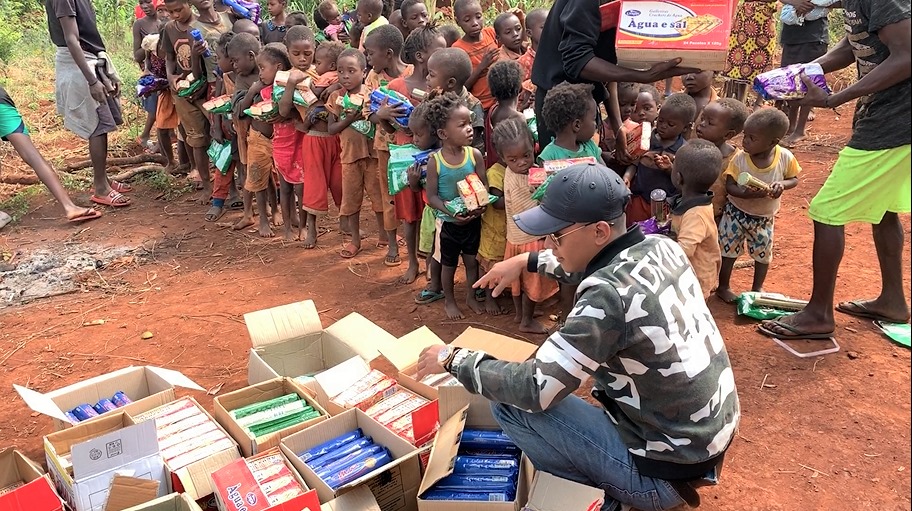 He usually uses his own money to buy basic necessities, as well as to raise funds from local Vietnamese communities to help the poor here.

Throughout the years, Vietnam has seen millions of its people moving to other countries to study, work, or put down roots. Whatever their purposes are, their hearts will always be with their homeland and drive them to keep Vietnamese culture alive wherever they may be.

Pham Quang Linh is setting a great example for Vietnamese overseas about compassion and patriotism. Not only is he a faithful friend and responsible expat who unfailingly finds ways to help his local friends, but he’s also a patriotic Vietnamese man who does his best to share Vietnamese culture where he lives. 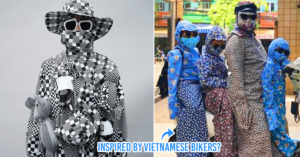 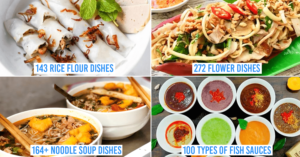