Vietnam advances to World Cup 2022 Round 3

Yesterday, Vietnam locked horns with UAE on the football pitch of Zabeel Stadium for a final match of Group G. With a 3-2 victory against Vietnam, UAE dethroned the red-shirt warriors from their top position in Group G.

Despite the defeat, Vietnam still qualifies for the 3rd round of World Cup 2022 Qualifiers for the first time in history. 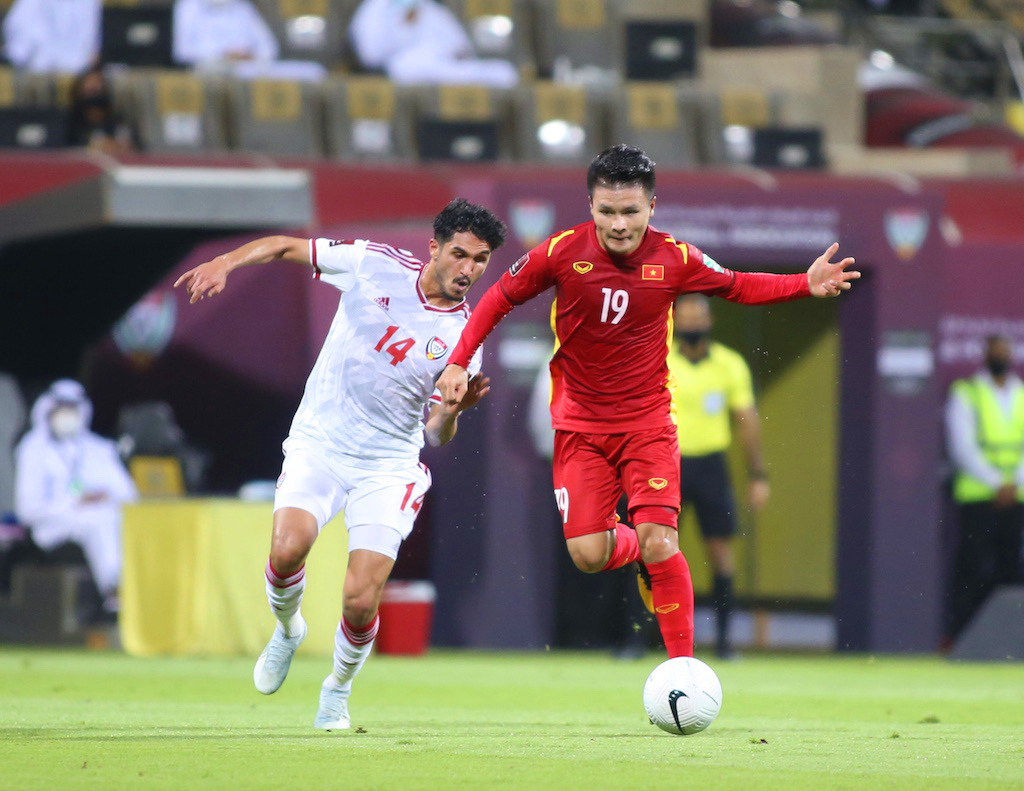 30 minutes into the game, Vietnam team’s defences lost ground and gave Ramadan a chance to deliver an overhead kick of the ball to Ali Hassan. Taking control of the ball, the midfielder opened the scoring for the UAE in the 32nd minute. 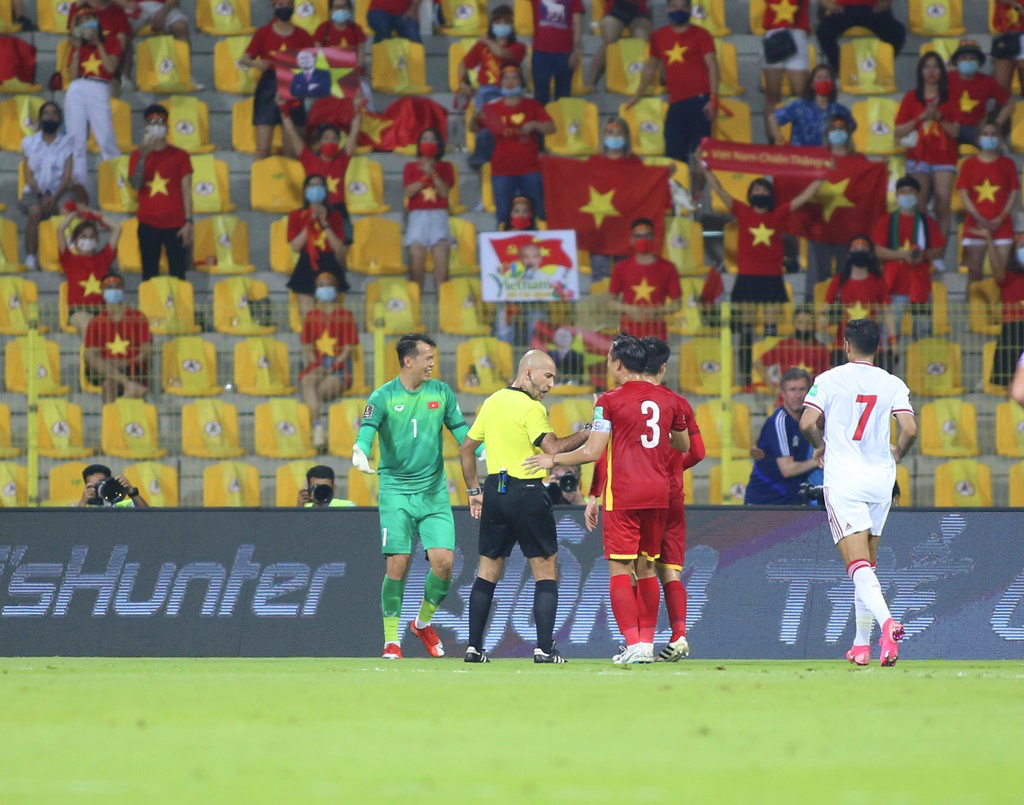 A few minutes later, goalkeeper Bui Tan Truong made a mistake, crashing Khalil Ibrahim inside the box. The incident made referee Al-qaysi blow the whistle and give UAE a penalty kick. 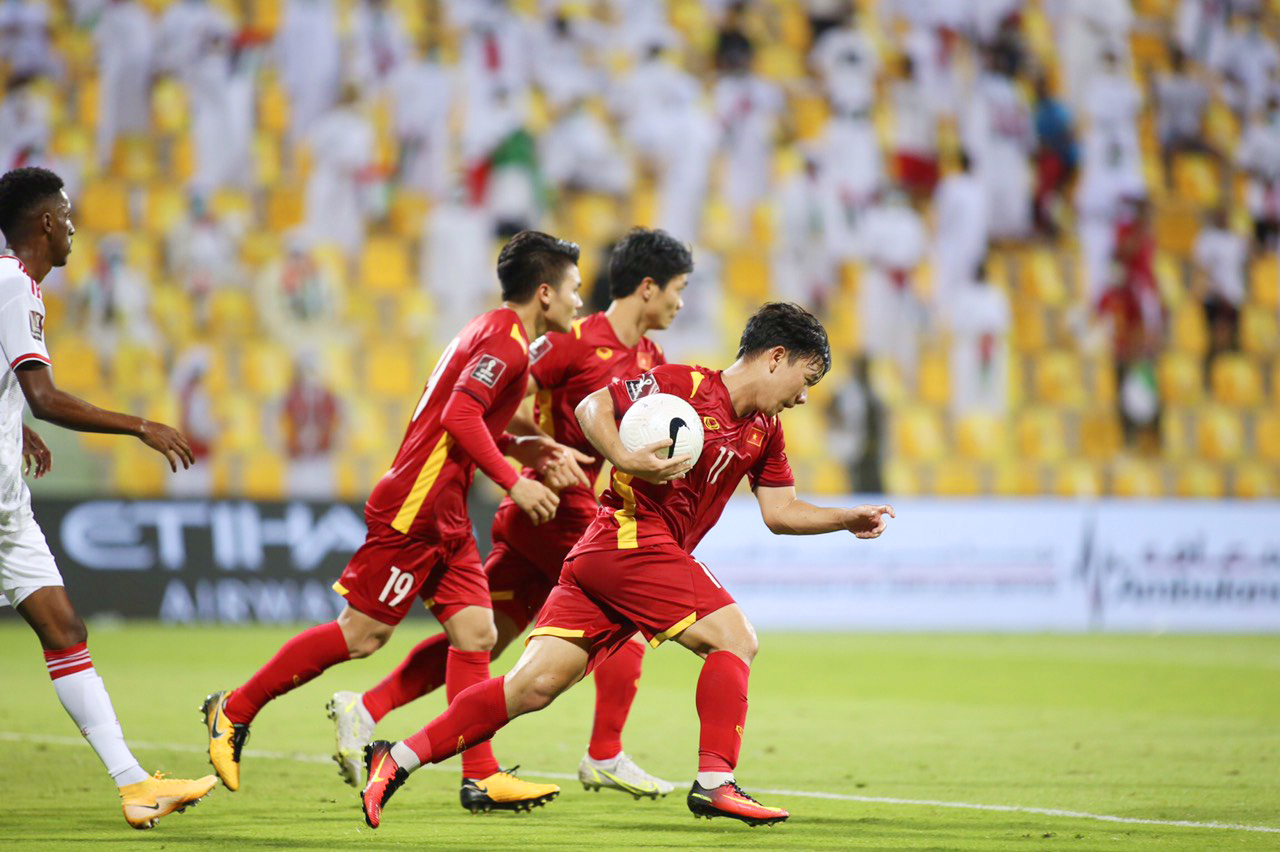 11 minutes later, De Lima and Bandar delivered a team effort with a header into Vietnam’s net but Bui Tan Truong successfully blocked their scoring attempt. Immediately, Khamis Alhammadi caught the moment and headed the ball from point-blank that sent Bui Tan Truong the other way, bringing the score to 3-0.

Meanwhile in Group B, Australia claimed victory over Jordan, giving Vietnam a direct pass regardless of what happened afterwards. In the 84th minute, UAE defenders made a blunder that gave Nguyen Tien Linh a chance to deliver a ball into Ali Khaseif’s net. 8 minutes later, Minh Vuong stole the ball from and brought the 2nd goal to Vietnam. Even though Vietnam struggled to score and the UAE was unquestionably superb, our footballers put up a really good fight till the last minute. Despite losing 2-3 to the UAE, Vietnam still qualified for the 3rd round of the World Cup 2022 qualifiers for the 1st time. With 6 points deducted from its victory against Indonesia, Vietnam now has 11 points and is among the 5 best runner-up teams in the tournament.

Moving into the 3rd qualifying round of the World Cup, which will take place between September this year and March 2022, is a historic achievement for the Vietnam National Football Team.

After the 2nd round has ended, the draw for the 3rd round will begin.

Vietnam goes to round 3 of World Cup 2022 Qualifiers

The 15th June match saw Vietnam gaining a landmark pass into round 3 of the World Cup Qualifiers for the 1st time. After all the hardships and obstacles that our footballers, football managers, and coaches have persevered through for the past decades, this historic result is well-deserved and a long-harbored dream coming true.

Had it not because of COVID-19, we’re pretty sure this morning would have started with festive celebrations across the country. 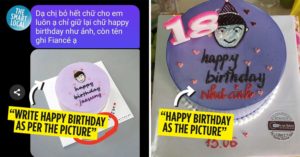 Woman Orders A Birthday Cake, Baker Takes Caption Too Literally
The History Of The Vietnam Football Team: From Underdogs To Bulldogs 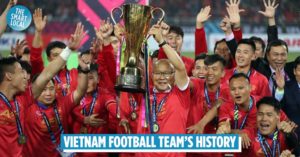