With the COVID-19 pandemic kept in check and the domestic tourism industry offering a ton of promotion campaigns to help travel businesses recover after a long period of hibernation, now is the best time for locals to travel in Vietnam.

But if you’ve found yourself overwhelmed by the sheer number of options available, we’ve summed up 8 ongoing discounts at major theme parks and attractions across Vietnam to help you decide. 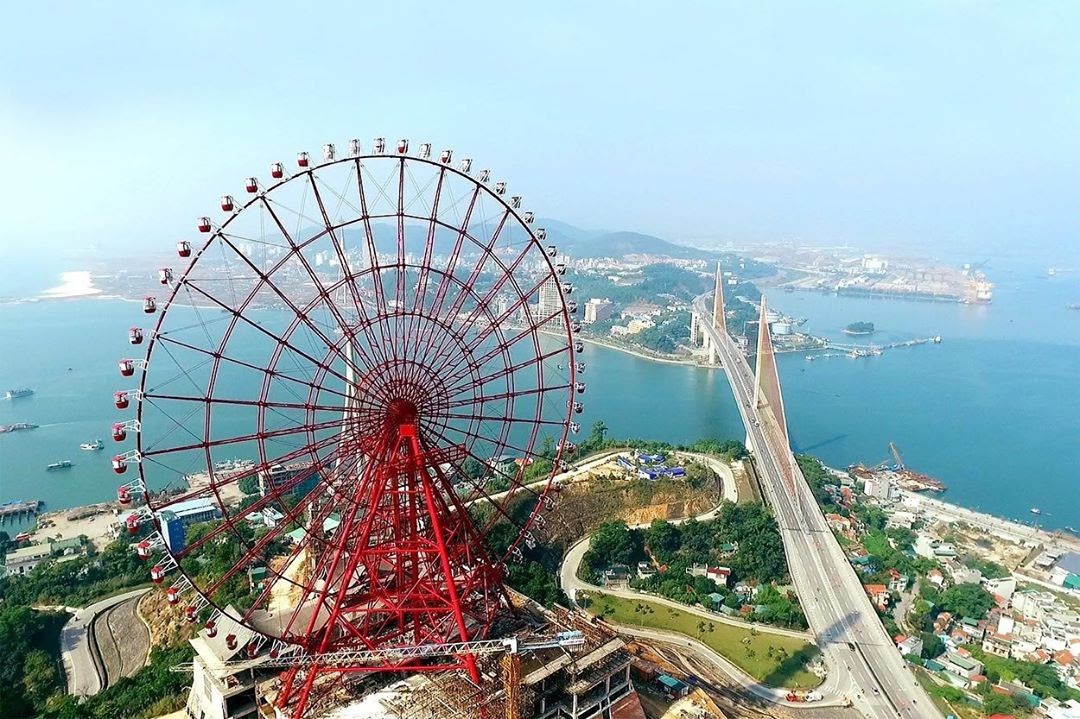 The Hạ Long Bay is one of the must-visit attractions of northern Vietnam, but if you have another day to spare in Hạ Long City, consider hitting up Sun World Hạ Long Complex. It’s a massive theme park with 3 different sections: the Typhoon Water Park, the Dragon Park, and the Ba Đèo Hill.

The Typhoon Water Park is where you’ll whisk away the summer heat by hopping on water slides down twisting pipes starting from tens of meters above ground, taking on waves at the Tsunami Pool, or just chilling in the still water. The Dragon Park, closed for several months due to the COVID-19 pandemic, is reopening on 12th June. Hop on its wide variety of rides from the adrenaline-inducing roller coasters to the calmer monorail, from which you can see the entirety of the park from an elevated viewpoint. 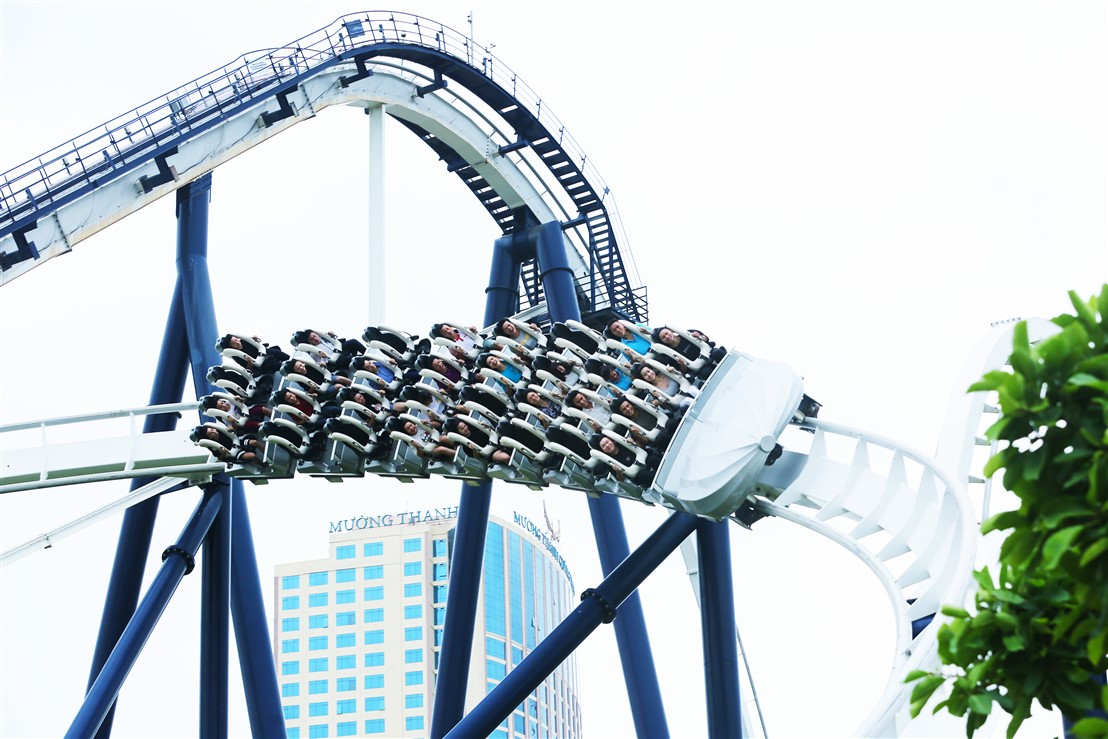 Meanwhile, the Ba Đèo Hill is accessible via a 2KM cable car ride during which you can enjoy a panoramic view of the sea and even the Hạ Long Bay in the distance. The place is home to the massive Sun Wheel Ferris wheel, touted as one of the tallest in the world, and a water puppet theater with hourly performances beginning at 4PM every day. 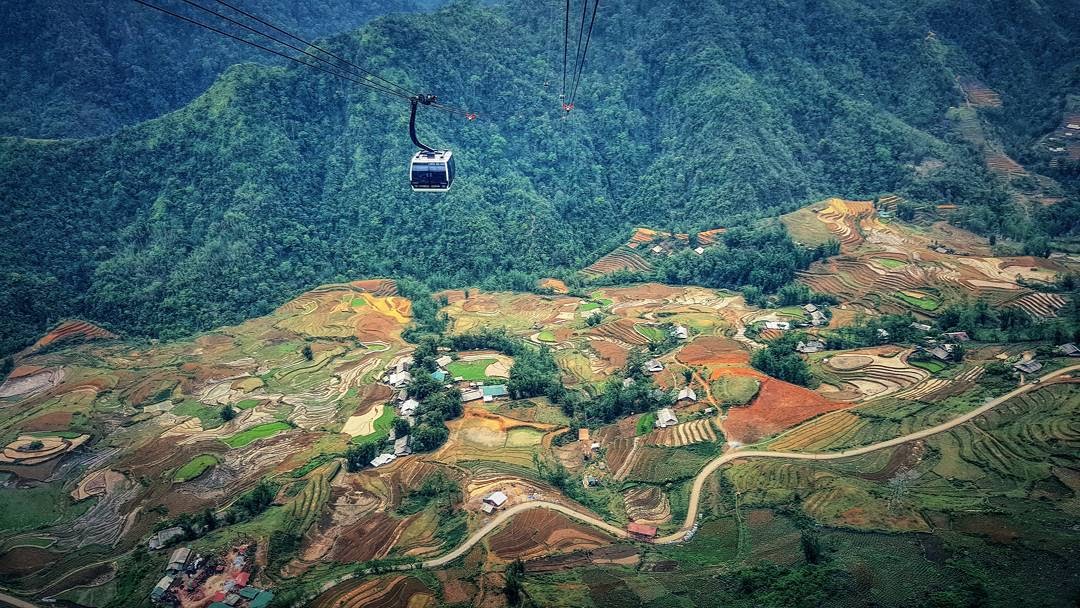 At 3143M, the Fansipan Peak is the tallest mountain in Vietnam and is dubbed the roof of Indochina.

Over the years, the flagstaff at the very top of the mountain has become a popular check-in spot for the intrepid spirits out there. After all, nothing quite compares to the sense of accomplishment one gets for standing at the highest spot in the region. 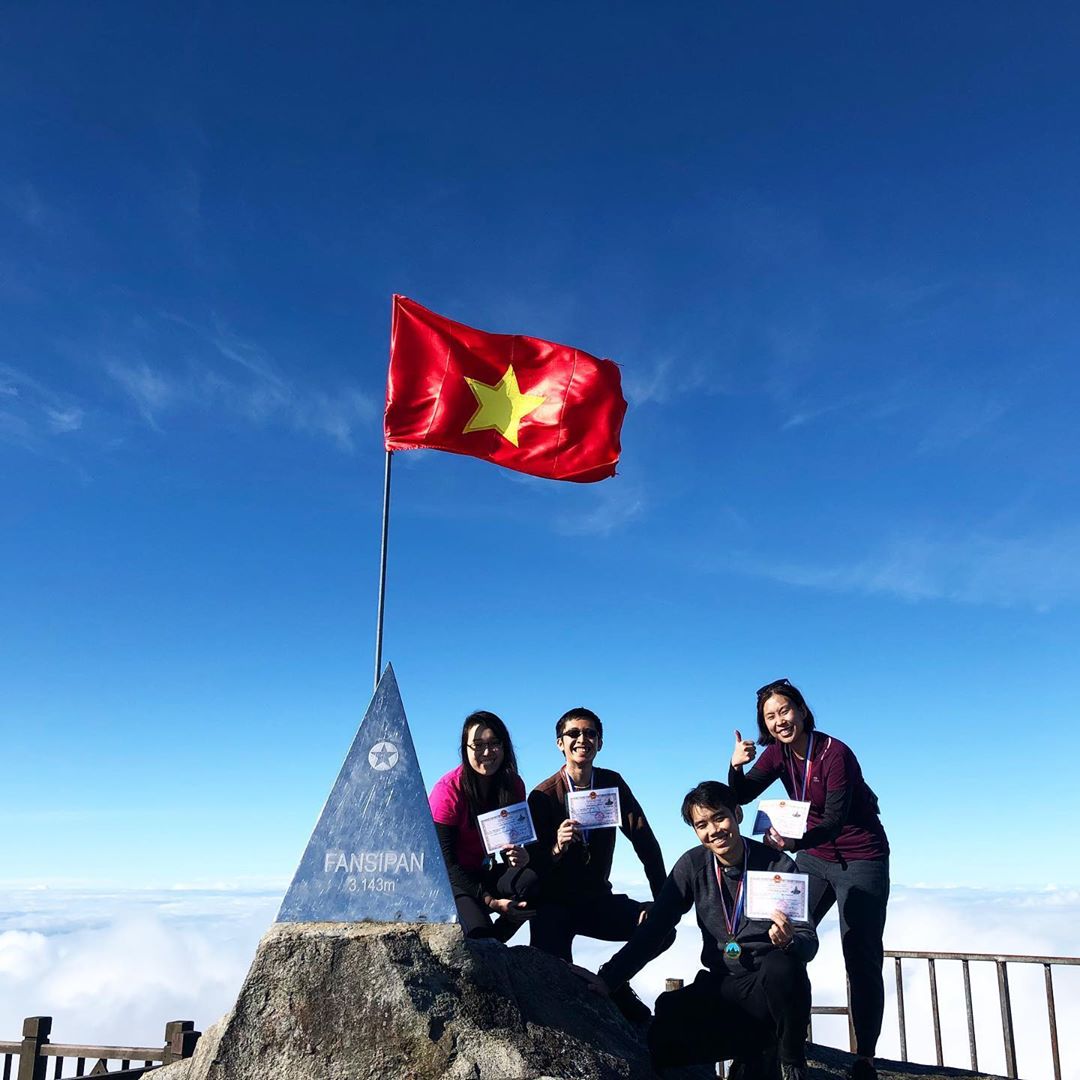 Many who possess the necessary physical fitness have braved the treacherous climb on foot, but a safer, less demanding alternative is to take the Fansipan Legend Cable Car, which takes you straight to the top. Along the way, you’ll also get to enjoy a bird’s eye view of the signature stair-shaped rice fields of mountainous areas in northern Vietnam. 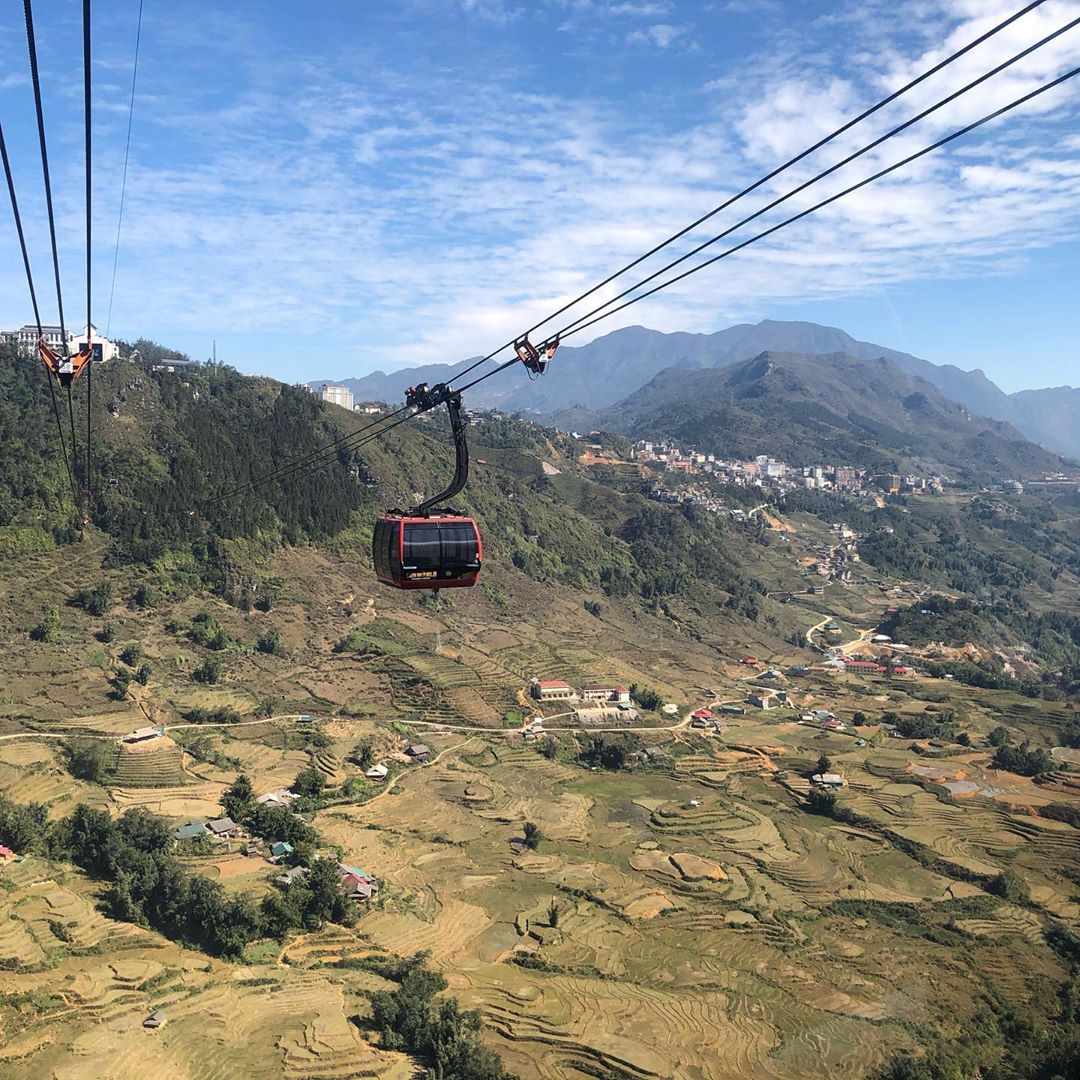 Greeting you at the end of the ride will be a complex of Buddhist structures. With a backdrop of cloud-shrouded mountains, the towering Buddha statues and traditional architecture are a magnificent sight even if you aren’t religious. From there, you can take the stairs to the flagstaff to fulfill your dream of conquering Indochina’s highest mountain peak. 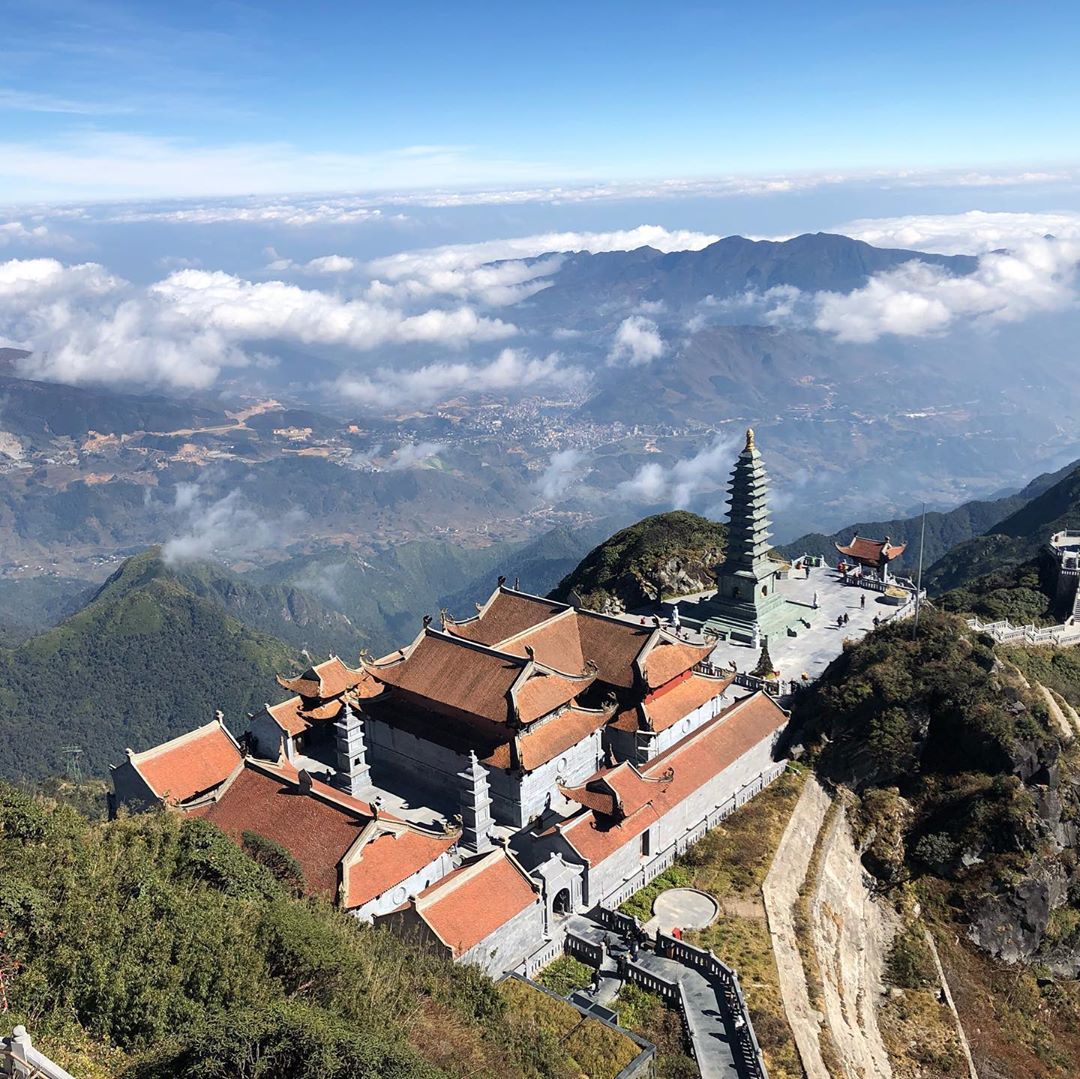 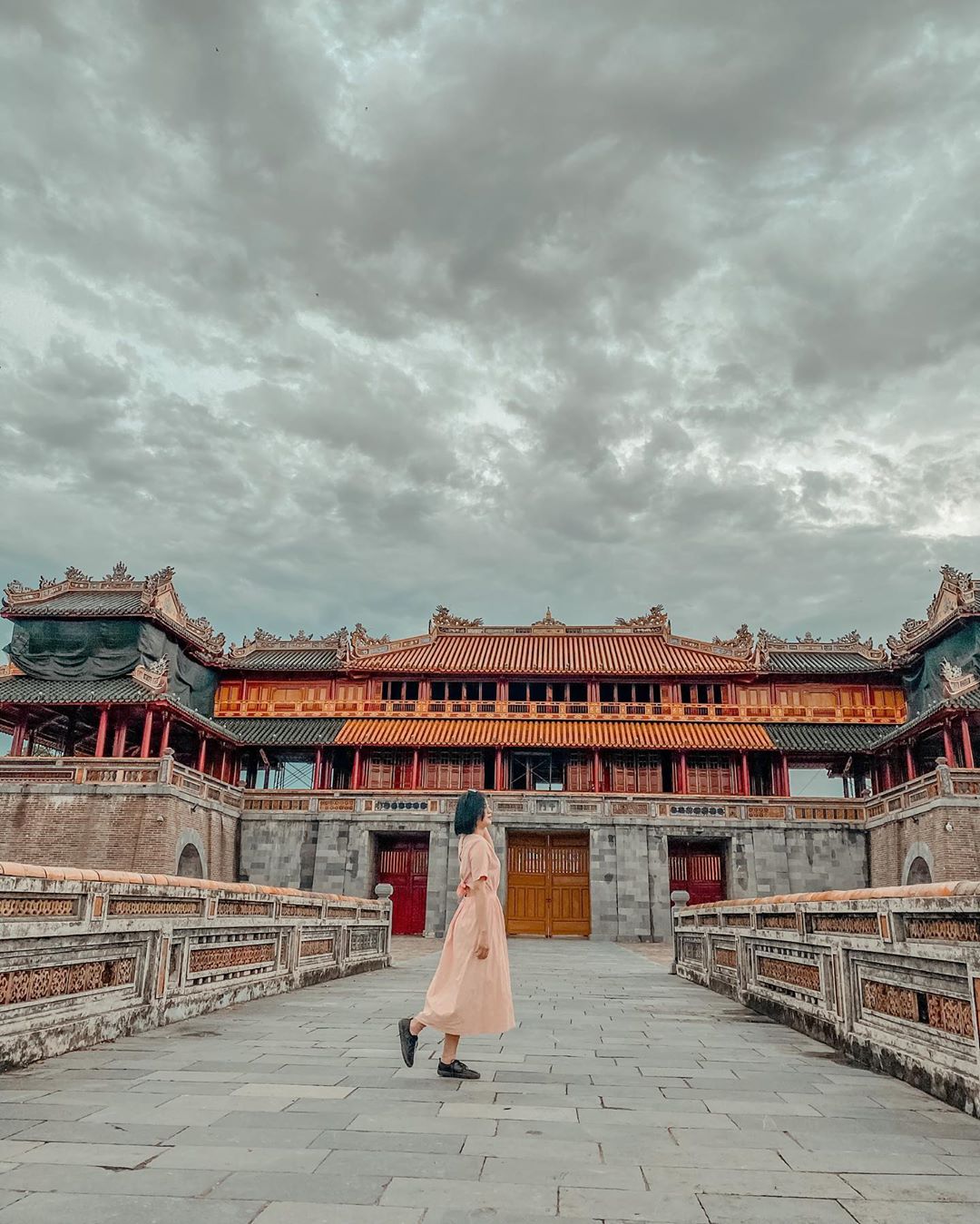 As the former capital of Vietnam during its last feudal dynasty, Huế is home to a plethora of well-preserved historical sites no history lover should miss out on if they want to learn more about the country.

The centerpiece of the city, both geographically and culturally, is the Imperial Citadel, where you can marvel at classic Vietnamese architecture. The very entrance to the complex is already a magnificent structure with a bridge leading toward 3 gates carved into a stone wall, on top of which are extravagantly designed roofs and corridors. You simply cannot come to Huế without snapping a shot here.

Scattered around the outskirts of the city are tombs of several emperors of the Nguyễn Dynasty, where you can get a glimpse into their personal lives. Emperor Khải Định, for instance, was the second last emperor of Vietnam and his lifestyle was influenced by Western culture – a fact clearly reflected in the design of his tomb, which is a mix between Western and Eastern architecture.

On the other hand, as a poet, Emperor Tự Đức picked a peaceful locale in sync with nature as his final resting place.

What’s more, during the Huế Festival that’s expected to take place later this year from 28th August to 2nd September, they will be completely free to enter. 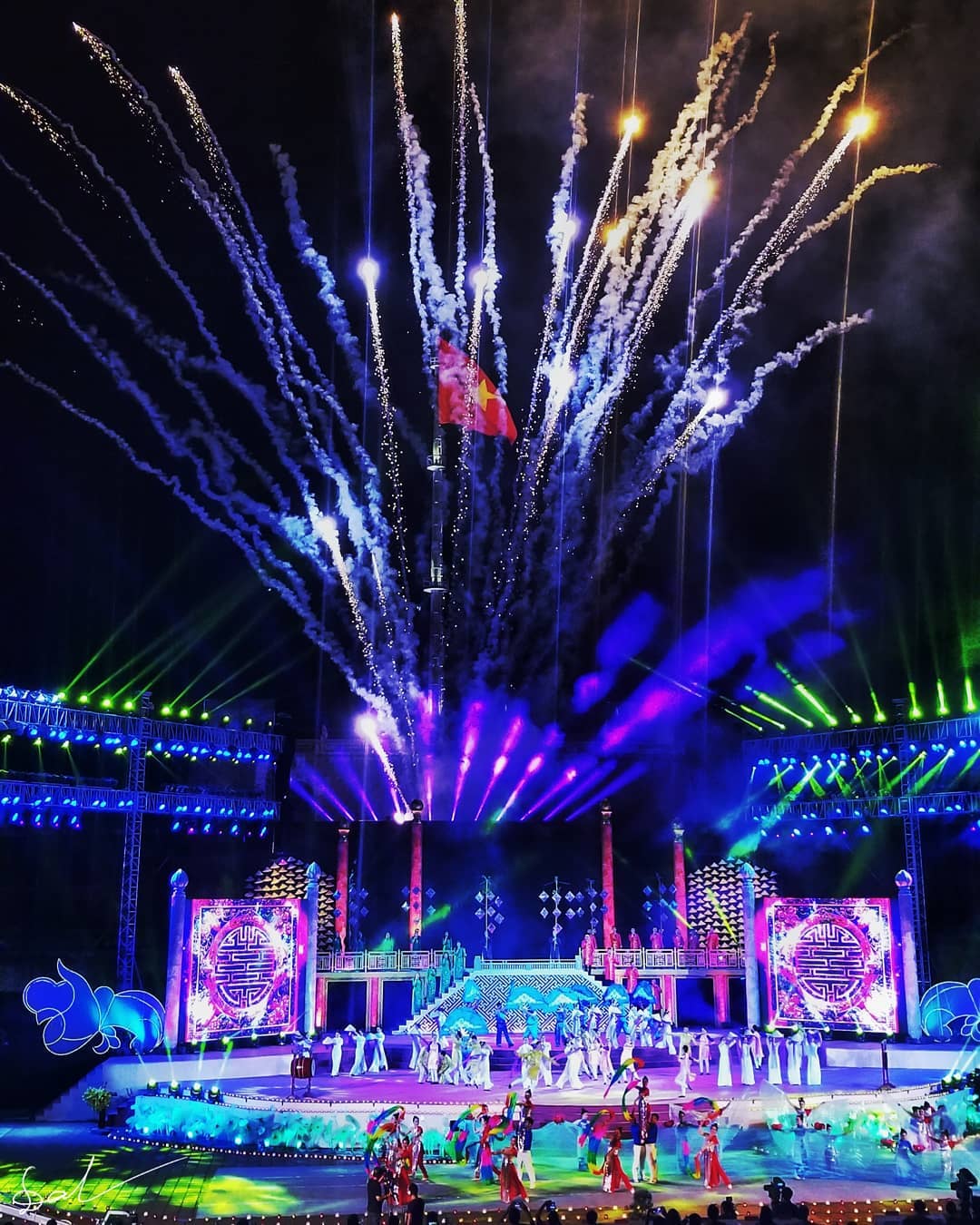 Held biennially at the Imperial Citadel, the Huế Festival treats visitors to a wide variety of traditional performances, an áo dài exhibition, and even a beer festival. Here, you’ll get to drink your fill of local beer brands, participate in entertainment activities, and enjoy live music performed by some of the most renowned singers of Vietnam. 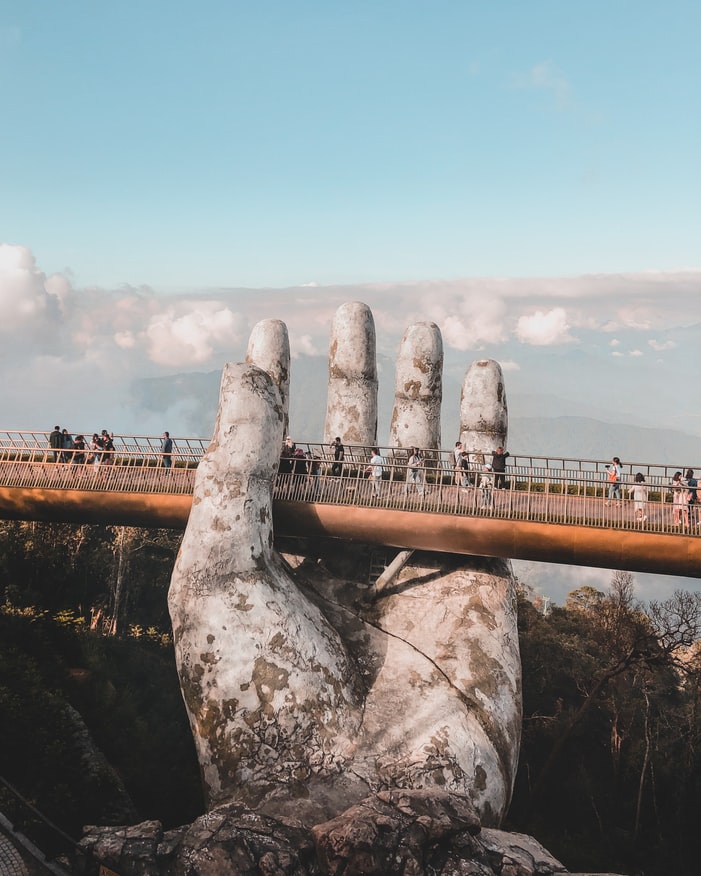 Bà Nà Hills is a name that pops up a lot whenever Đà Nẵng is mentioned, and for good reason. Built on top of a mountain and only accessible by cable car, it is a massive entertainment hub that attracts thousands of visitors on a daily basis – especially families with kids or groups of friends.

A highlight of the place is undoubtedly the iconic Golden Bridge held up by two massive stone hands carved into the mountainside. From here, visitors can enjoy a panoramic view of the vast plains below through the shifting clouds. 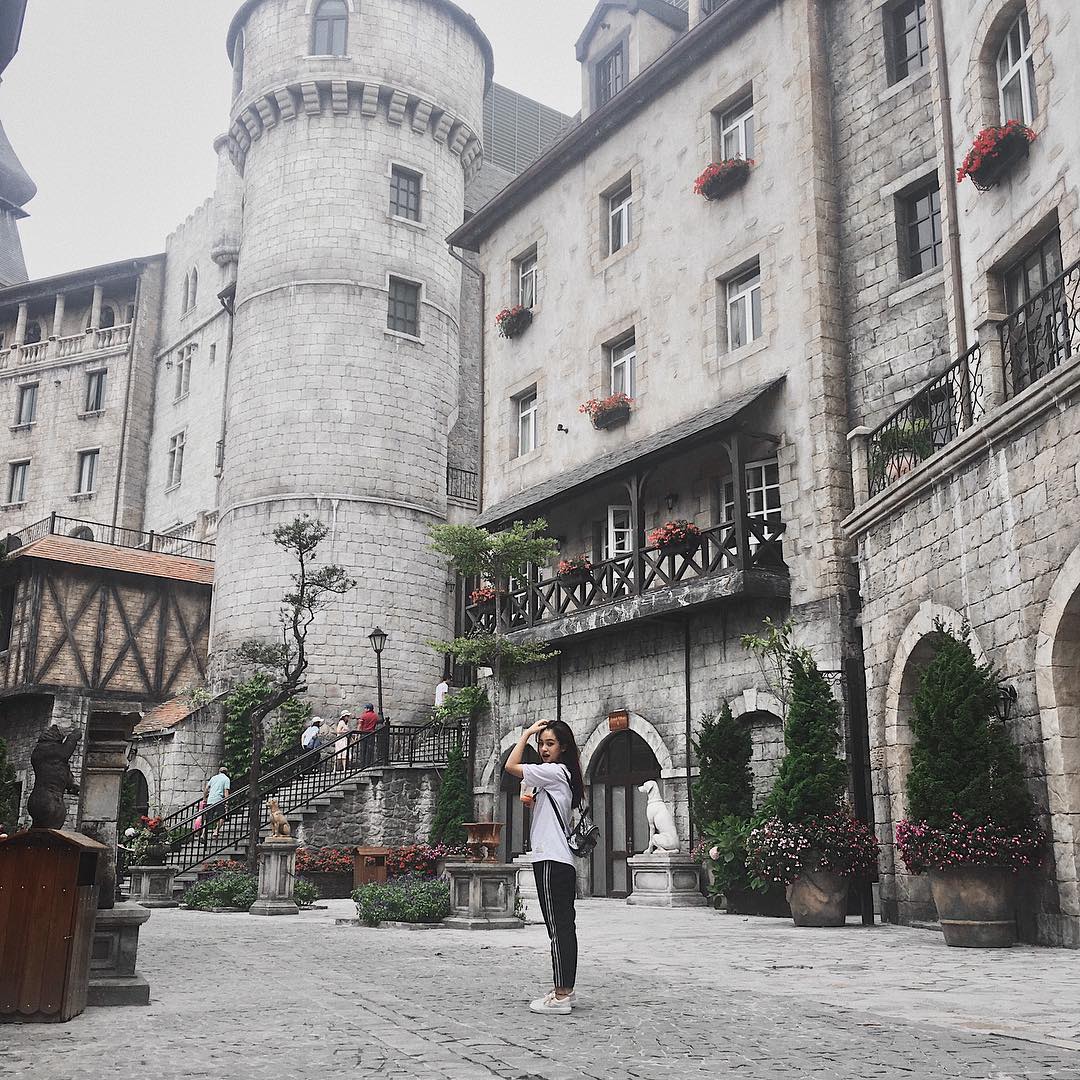 Entertainment-wise, the Fantasy Park boasts over a hundred activities, from wall-climbing challenges to a haunted house. 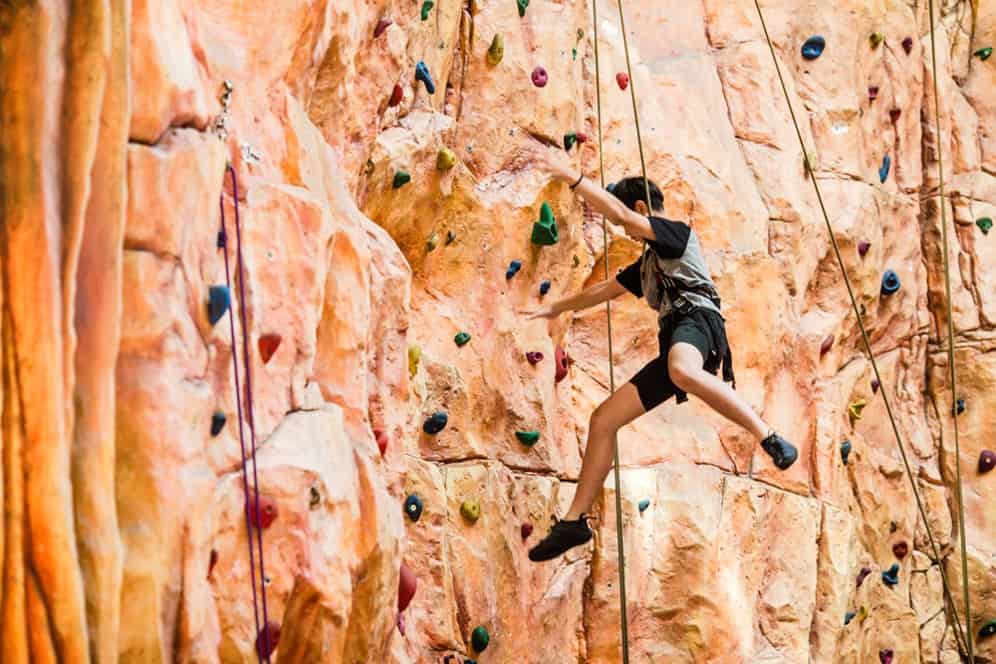 An entrance ticket to Bà Nà Hills, which covers a two-way cable ride and grants you access to all sightseeing locales as well as the games in the Fantasy Park, is priced at VND750,000 (~USD32.25). A special deal is going on until 15th July, where if you buy a ticket, you’ll also get a free voucher for a VND255,000 (~USD10.96) buffet lunch at the restaurant here. Located 30KM away from the center of Đà Nẵng, Núi Thần Tài Hot Spring Park is Danang residents’ favorite spot for a weekend getaway. As the name suggests, this is a park built around a cluster of natural hot springs, where you can take a bath in the lukewarm mineral water and enjoy a sauna to wash away that backache from those long days working in the office.

On the other hand, if you are after some excitement, the Water Park’s got you covered with its plethora of water slides and a tsunami pool with man-made waves. 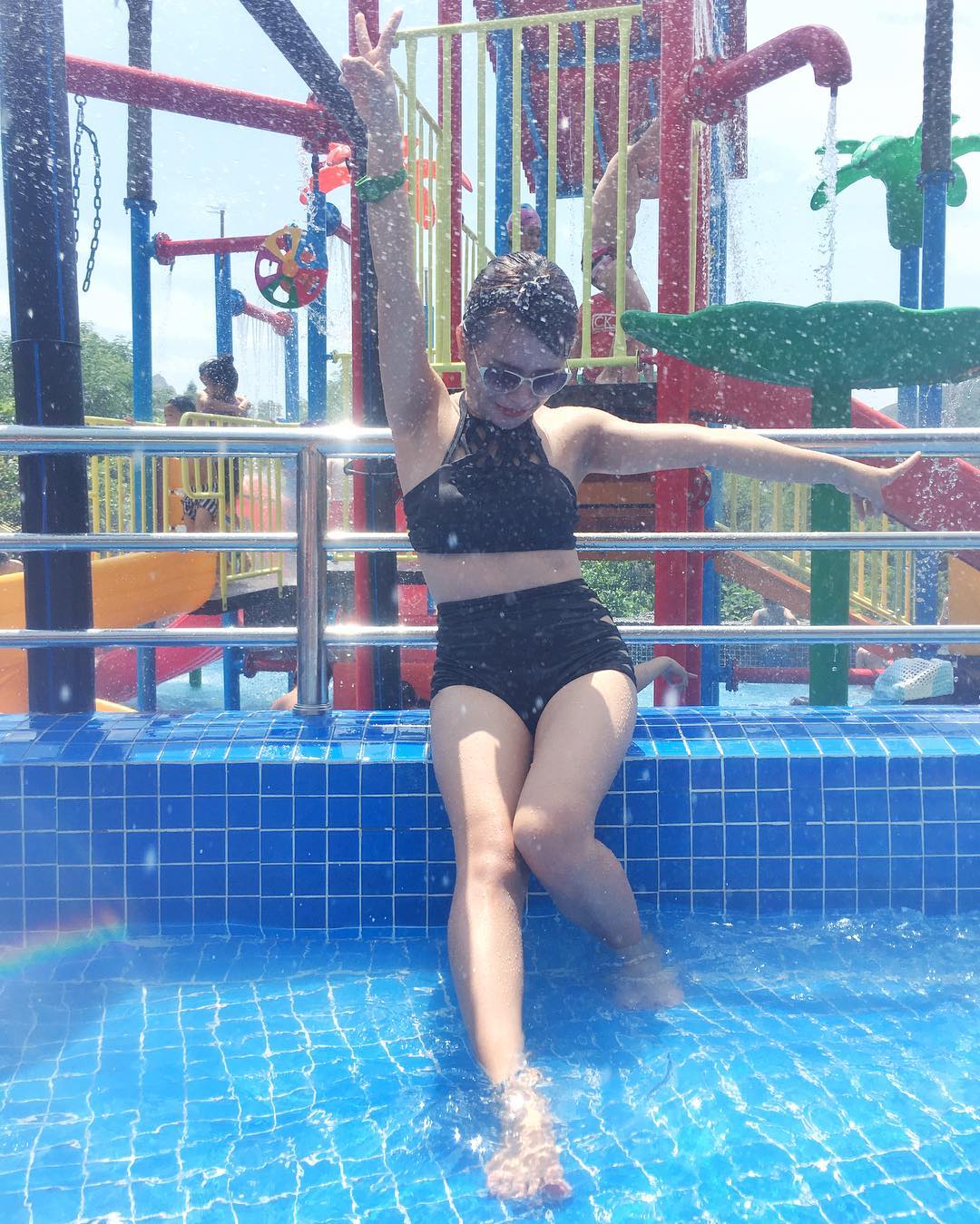 If you travel with kids, drop by the Dinosaur Park to let them gawk at the dozens of dinosaur models capable of performing simple movements. 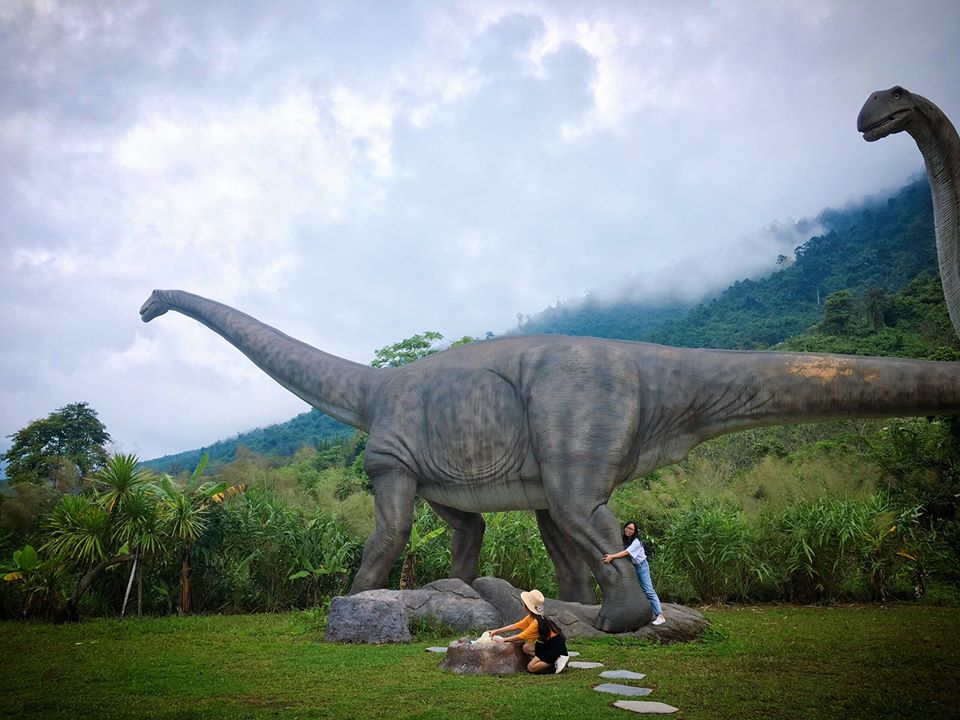 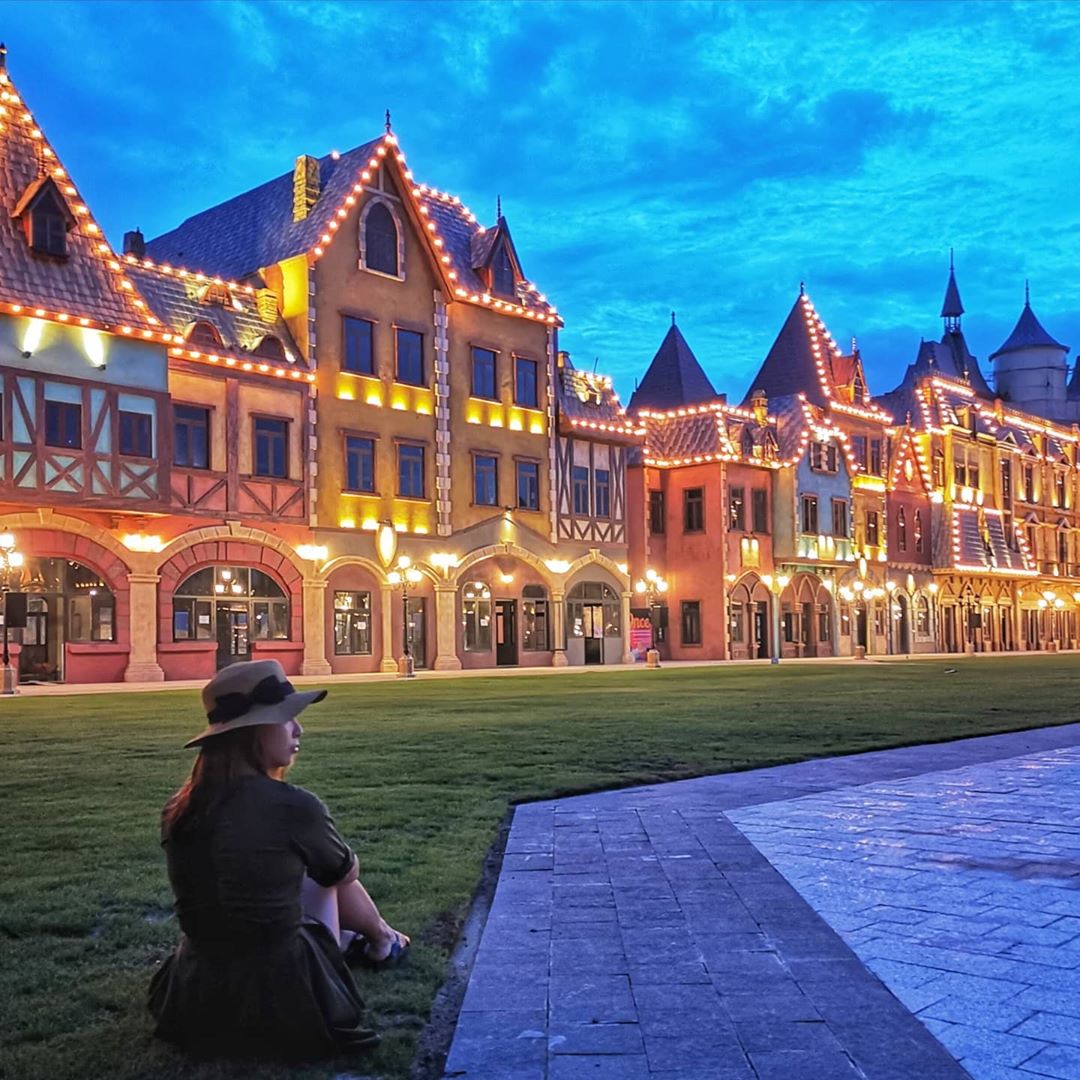 Newly opened just last week on the magnificent island of Phú Quốc and said to be the largest theme park of Vietnam to date, VinWonders Phú Quốc is all the rage amongst travel enthusiasts right now.

The park boasts 6 areas inspired by some of the world’s most well-known civilizations and myths which will take you an entire day to explore in full. We have talked about this in detail in a previous article, so be sure to check that out for more information. 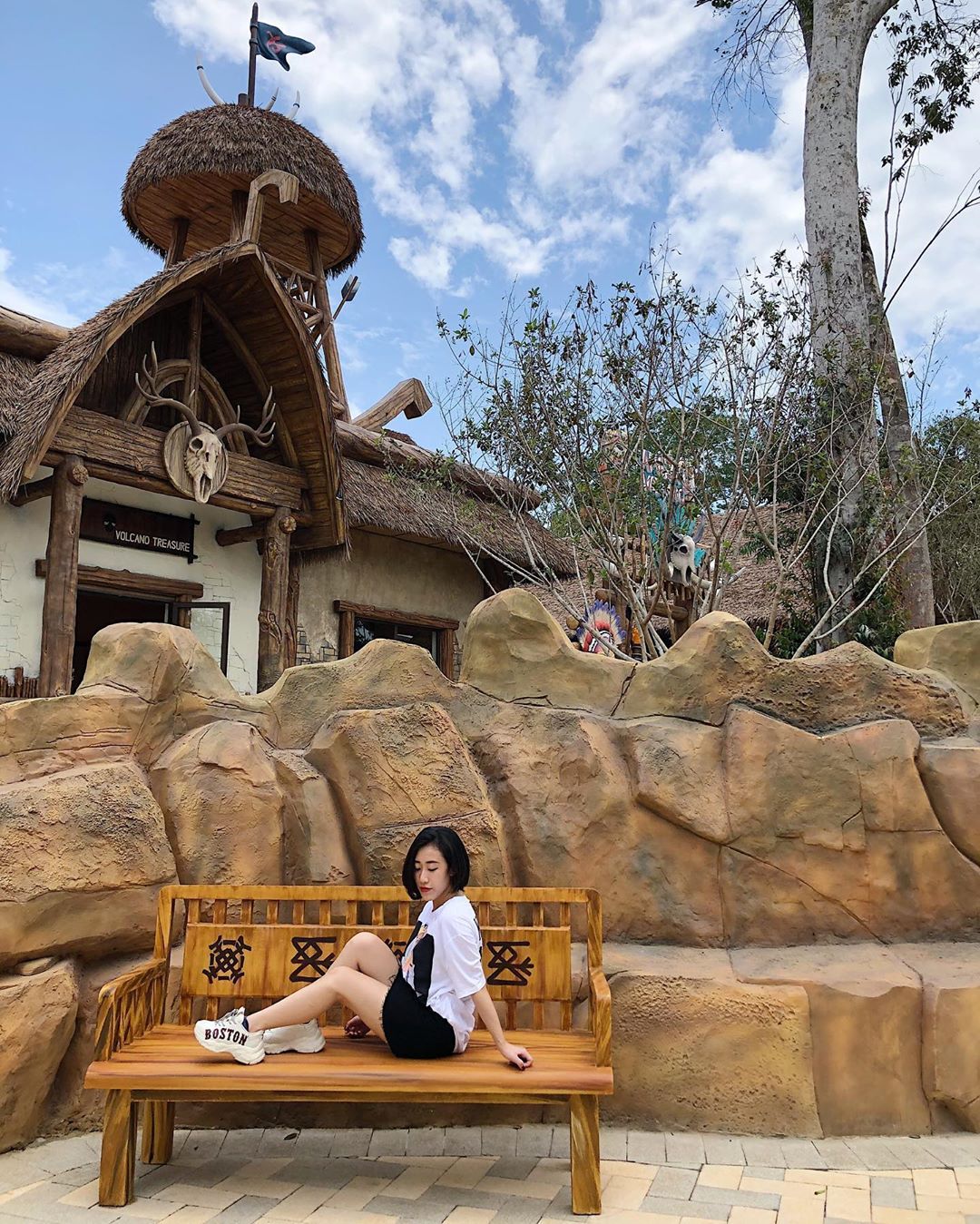 Until 15th June, all Vietnamese citizens can enjoy a trip to VinWonders Phú Quốc for VND600,000 (~USD25.72) – 20% off of the regular VND750,000 (~USD32.15) entrance fee. The discount is increased to 40% for locals from the 13 provinces near the island including Long An, Tiền Giang, Vĩnh Long, Bến Tre, Đồng Tháp, Trà Vinh, An Giang, Cần Thơ, Hậu Giang, Bạc Liêu, Sóc Trăng, Kiên Giang, and Cà Mau. If you come from one of these provinces, don’t forget to bring your ID for verification when you visit. 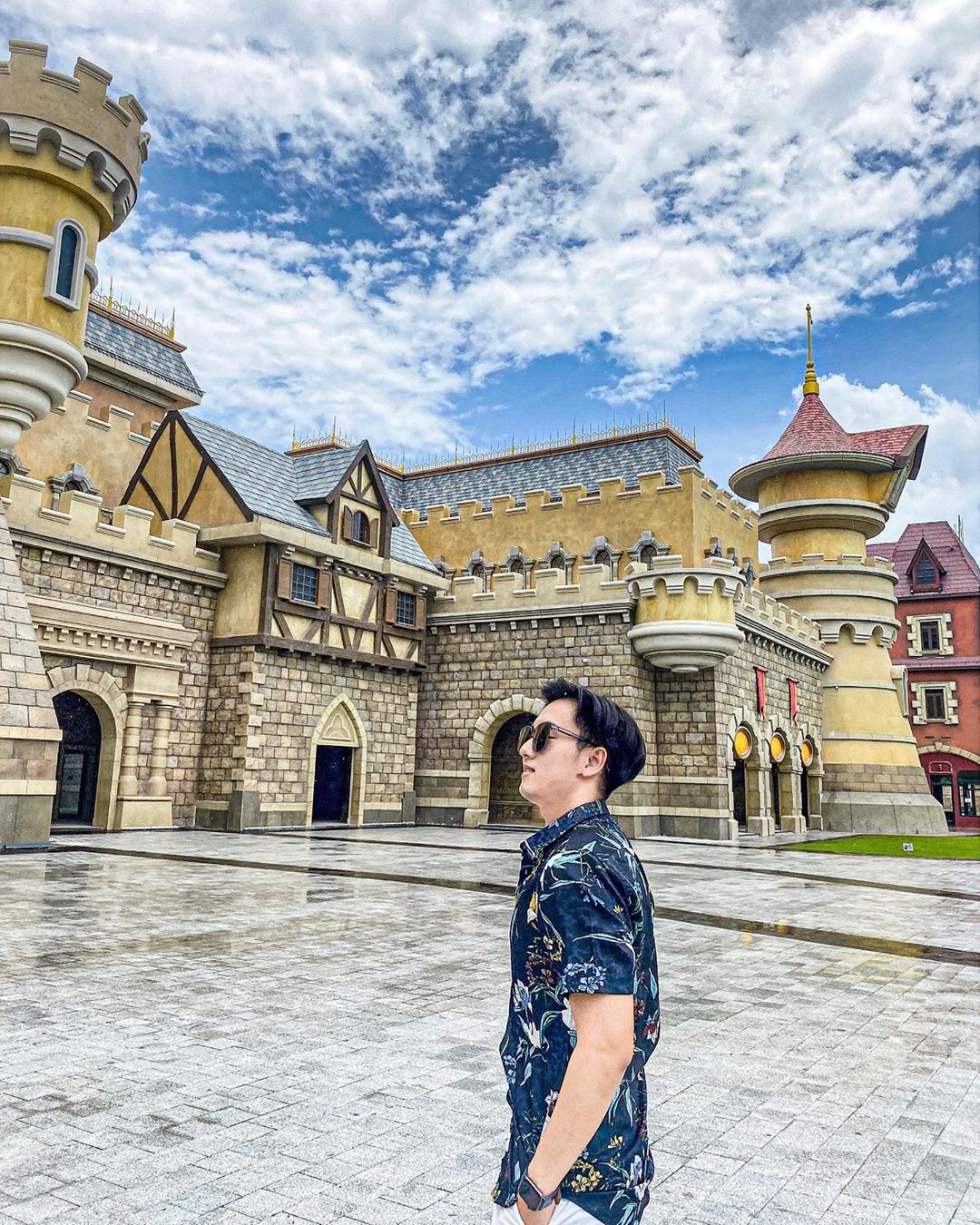 7. Memories of Hội An – a spectacular show about Hội An’s history with VND200,000 off entry 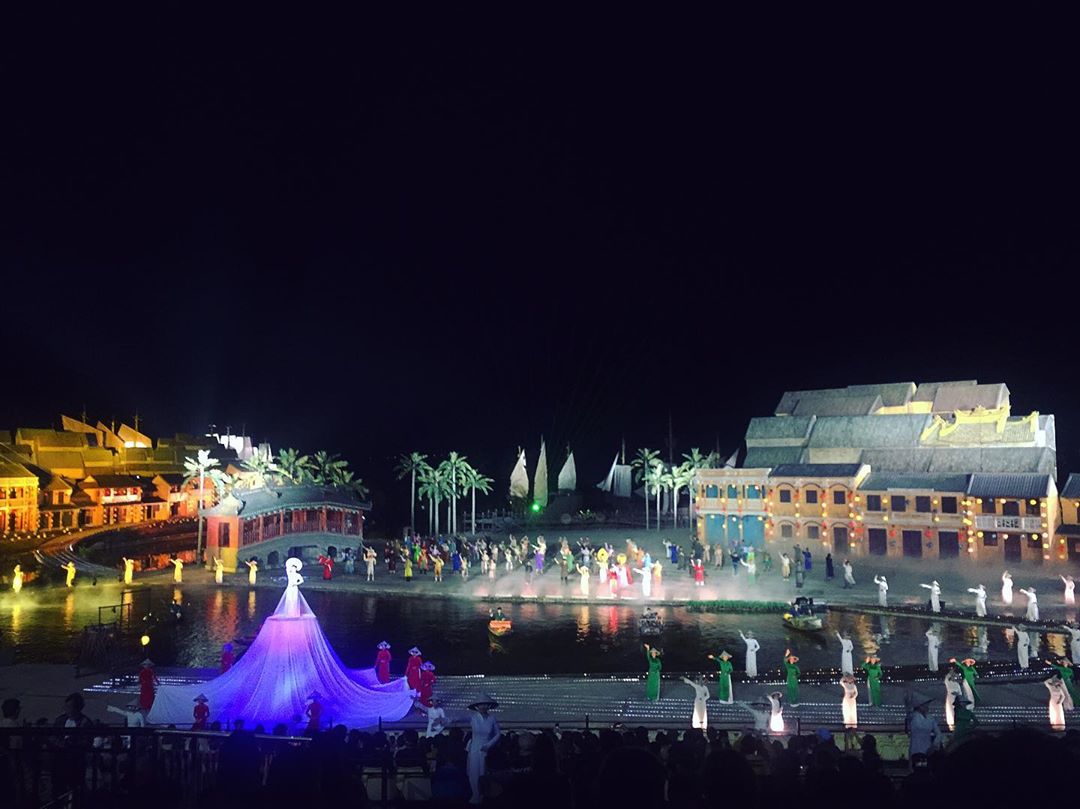 As a heritage gem in central Vietnam, the Hội An Ancient Town is known for charming ferry rides over the Thu Bồn River, beautiful ancient houses lit up by lanterns, and friendly locals.

Those wishing to look deeper into the town’s past and learn how it came to be should not miss the Ký Ức Hội An (Memories of Hội An) show, a popular performance taking place every Friday and Saturday night at the Hội An Impression Park. It’s located on an island just outside the buzzing Hội An Night Market.

The show features a whopping 500 actors and a massive stage on which the producers have recreated an entire village – complete with a harbor and boats on a mini lake – to serve as the backdrop. It is divided into 5 plays retelling the different stages of Hội An’s history and the traditional life of its locals, from their daily routine to major occasions such as weddings, and its traditional values. 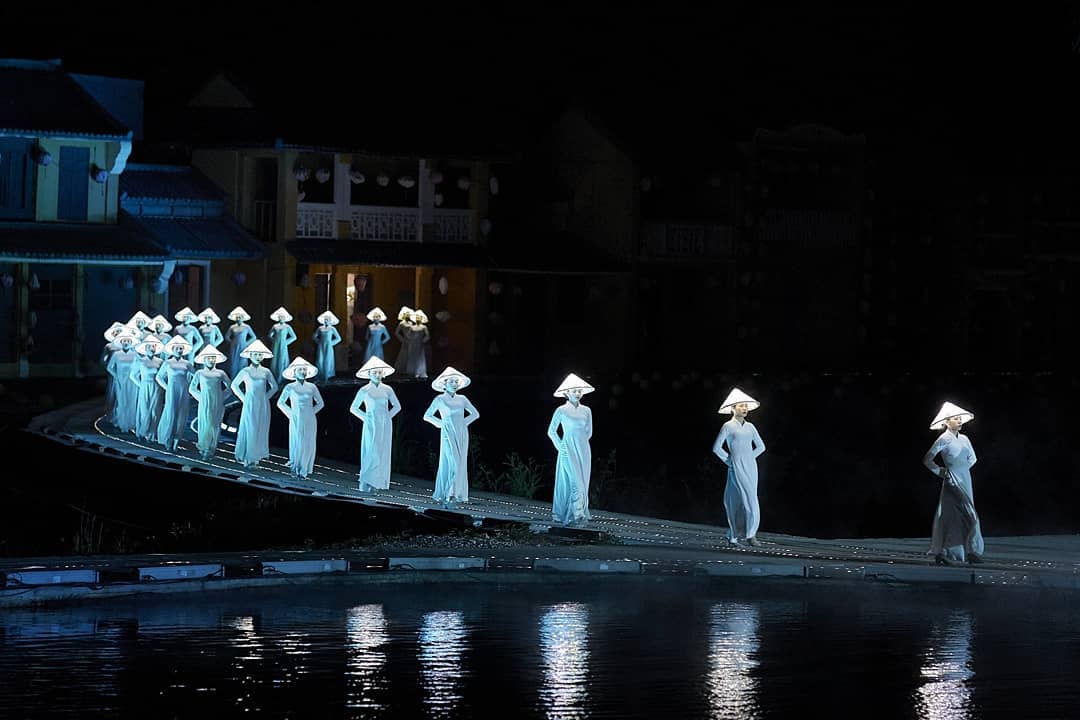 While the lyrics of the songs performed are entirely in Vietnamese, there are English subtitles on a side of the stage to catch you up on the necessary information. Meanwhile, the many special effects throughout, including water splashing, constantly shifting lights, and twirling fires will leave you enthralled. 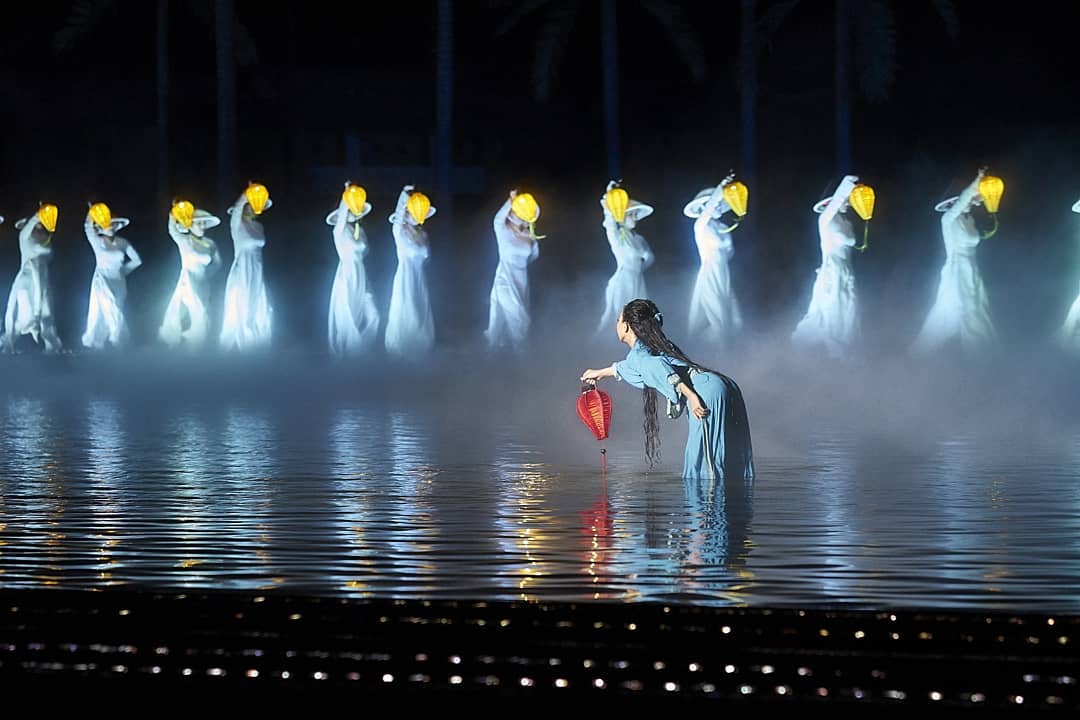 While the show begins at roughly 7:30PM and lasts an hour, you can come to the park early – entry to which is free – to explore the many mini-shows around the area before the main performance. 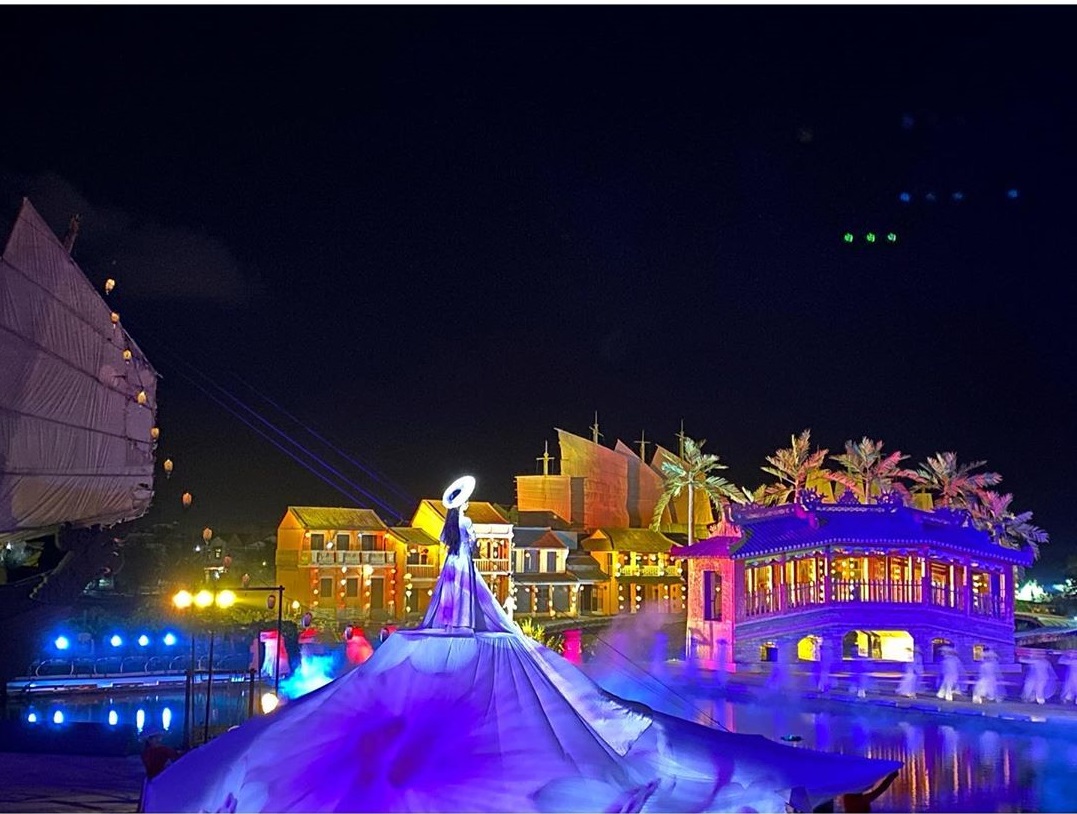 VIP seats, which come with the best views of the stage, cushioned seating, and light meals, are also available at VND1,200,000 (~USD51.43), though no discounts are offered for these.

8. Kong Forest – a zipline tour through a pristine forest at 70% off 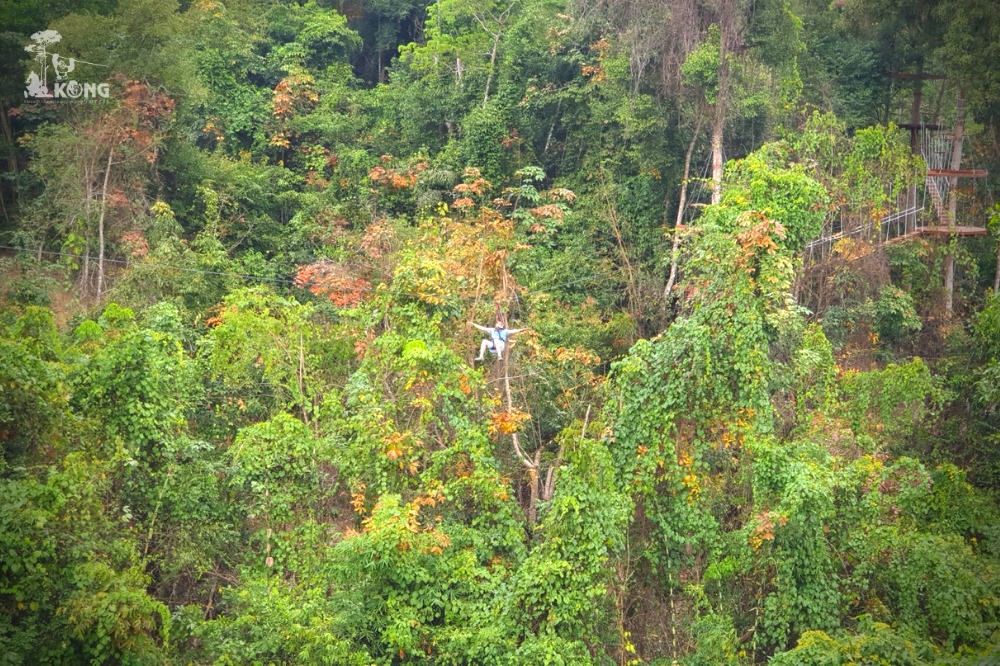 Attached to one of the most beautiful beaches of Vietnam, the city of Nha Trang is also a popular vacation spot for domestic and international travelers alike. But after days relaxing at the beach or shopping at local markets, adventurous travellers can head down to Kong Forest just 40KM outside of the city for some zipline action to spice things up.

And no, we’re not talking about those ziplines at theme parks where you climb to a high place then slide down in one go and call it a day. What awaits you in Kong Forest is a fully fledged 2-hour zipline tour across 26 platforms scattered across the forest, where you’ll get to take in the lush and diverse wildlife of the area. Alongside the ziplines, you’ll also be tackling other platforming challenges such as rope bridges and net bridges. 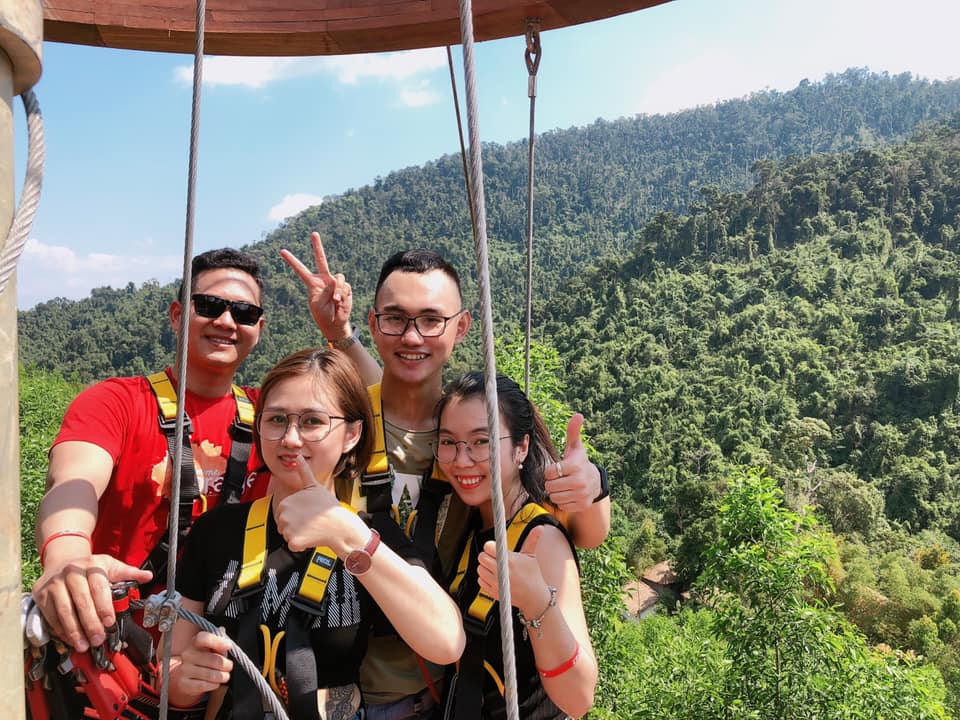 Alternatively, Kong Forest also features an ATV tour, where you get to drive your own all-terrain vehicle through a 9KM forest track. A tour guide will accompany you to provide instructions, so don’t worry if you don’t have any driving experience. 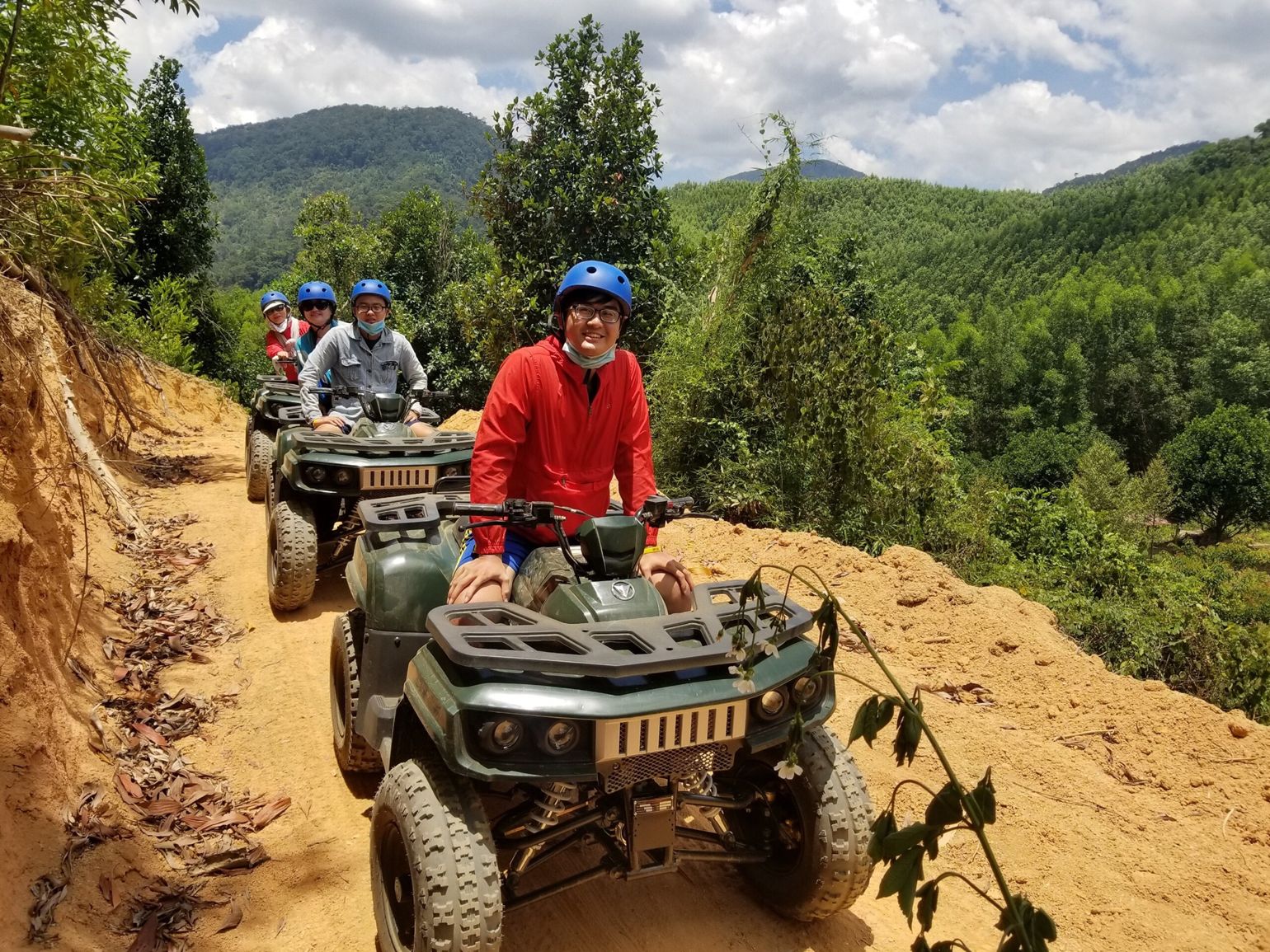 These 8 Vietnam attraction discounts are all located close to major tourist destinations across the country, so regardless of where you want to go for your next trip, you should be able to make use of at least one of them. 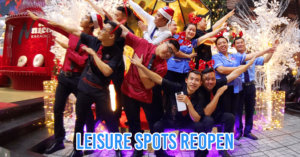