Clothing salesman pretends to be Ryuji Sato on Facebook

Every football match ends with celebrations on the winner’s side, and heartbreaks for the losing ones. Instead of blaming players or their coach, most ultra fans tend to vent their frustrations on the referee of the match.

This can’t be truer for the World Cup 2022 Asian Qualifiers match on 11th June, in which Vietnam defeated Malaysia 2-1. This result was mainly due to referee Ryuji Sato‘s decision to give Vietnam a penalty kick after Nguyen Van Toan was tripped by a Malaysian footballer.

Thinking that it was unfair, thousands of Malay fans hunted down referee Sato’s Facebook page and stormed it with criticism right after the match. Unbeknownst to them, the page was not owned by the real Ryuji Sato, but a Vietnamese businesswoman looking to increase engagement. 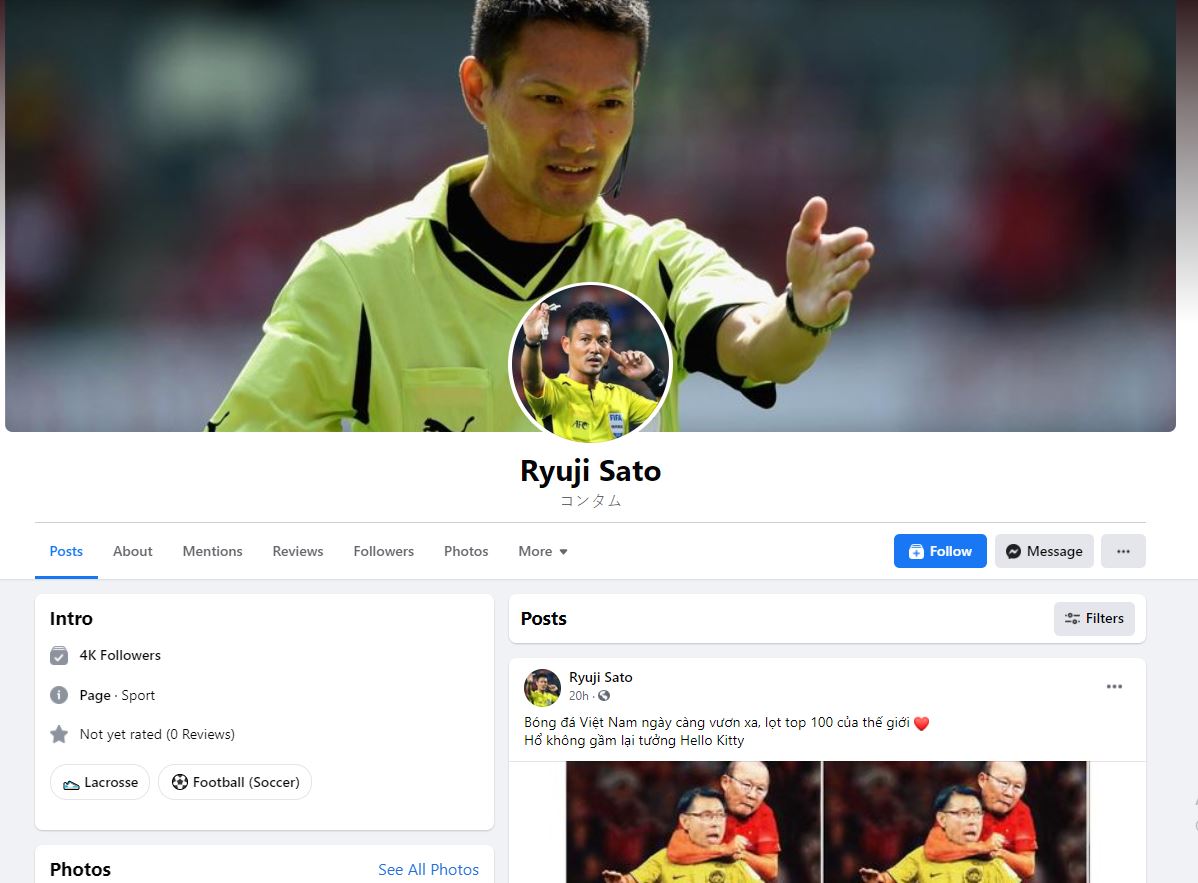 Knowing that Ryuji Sato would be among top Google trending searches the next day, a Vietnamese online shop owner who specialized in selling Guangzhou-imported clothing, did the unthinkable.

She changed the name of her Facebook page from “Quần Áo Quảng Châu”, meaning “Guangzhou Clothing” to “Ryuji Sato” right before the match. The imposter even added the FIFA Futsal World Cup as his college. Ryuji Sato’s decision to give Vietnam a penalty kick in the 80th minute of the game made him a hero in the eyes of Vietnamese fans, and a sinner to many Malaysian football fans.

After the match, Ryuji Sato became a target of ire and his social media accounts were hunted down by many.

Knowing that it was the right time to release the bait, the imposter posted a couple of statuses as follows, “I did what I saw and I was completely fair, so don’t complain about my decision. Congratulations Vietnam.” 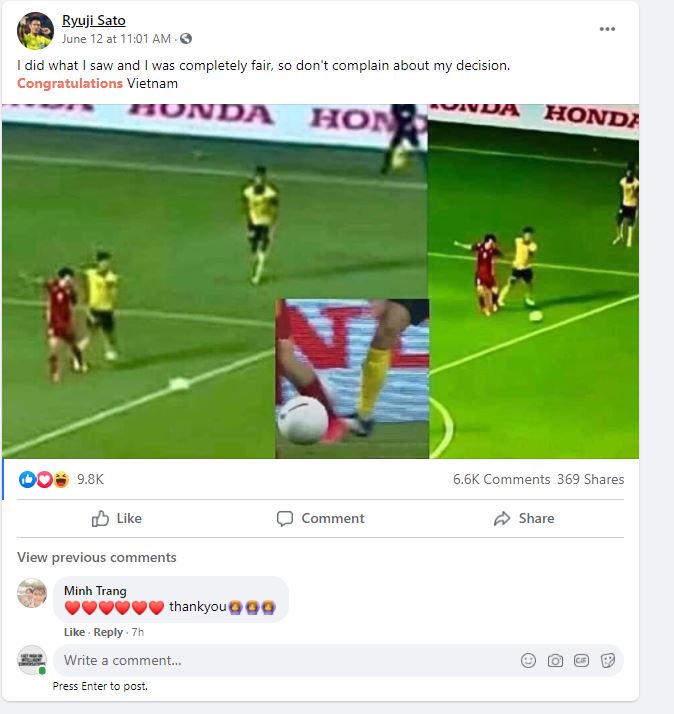 As a result, a great number of netizens thought that she was the real Ryuji Sato. Many Vietnamese fans have sent comments and messages of gratitude in the comment section, while Malaysian fans have taken a potshot at the fake international referee.

Overnight, the imposter account of Mr Sato grew to over 4,000 followers thanks to outstanding engagement strategies.

However, what is done by night, appears by day. After a thorough investigation of the FIFA referee’s Facebook, Vietnamese sleuths discovered that it was not owned by the real Mr Sato.

She was busted and now posting in Vietnamese

Little did the shop owner know that her Facebook setting allows the public display of the previous name of the account and the date of name change. It revealed that she first created her Facebook to sell Guangzhou clothes on 9th May this year, and changed it to Ryuji Sato on 11th June.

Instead of criticizing her, many netizens have praised her for her unthinkable marketing strategies. Some have proposed that maybe she did what she did out of her admiration for Ryuji Sato Onii-chan, to distract haters from finding his real Facebook page.

When her story was shared on a Facebook group Beatvn, it had gained 74,000 likes at the time of writing. 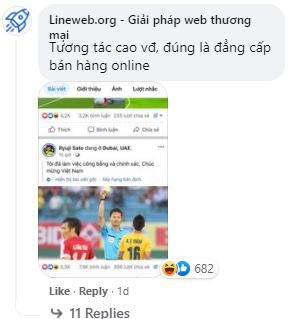 After realizing that she had been busted, the imposter started posting her statuses in Vietnamese language, which still have gained her thousands of likes.

No matter the reason, the act of stealing the identity of anyone on social media is wrong. We hope that the fake Mr Sato will come around, delete this imposter account, or change its name to something else.

Besides, this incident also sheds light on an ugly truth that’s been existent in the football industry for decades. Instead of judging the results based on the players’ performances, many entitled fans pour scorn on the referees with hateful accusations.

On a side note, the Football Association of Malaysia announced on 13th June that Nguyen Van Toan’s fall in the box was real and they agreed with the referee’s penalty decision, Tuoi Tre reports. Hopefully, Malaysian fans can give referee Ryuji Sato a break after hearing this. 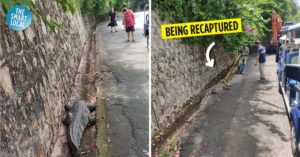