A symbol of the central city of Đà Nẵng, the Dragon Bridge is known for its iconic show where the dragon exhales fire and water through its mouth every weekend.

Watching the show tops the bucket list for visitors in Đà Nẵng, but it seems many people only know it breathes fire, but not that it also spouts water. As such, many unsuspecting guests have come away entertained, but soaked from standing too close to the dragon’s water nozzle.

Not this particular man, though. He was 100% prepared to witness the performance up close, while donning a raincoat to stay dry. 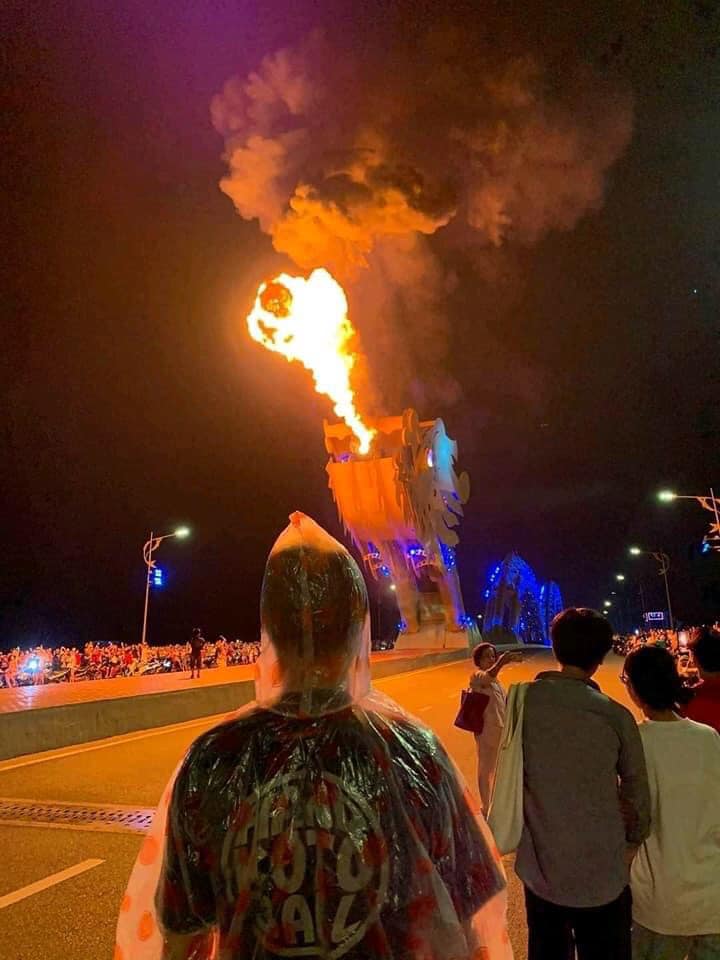 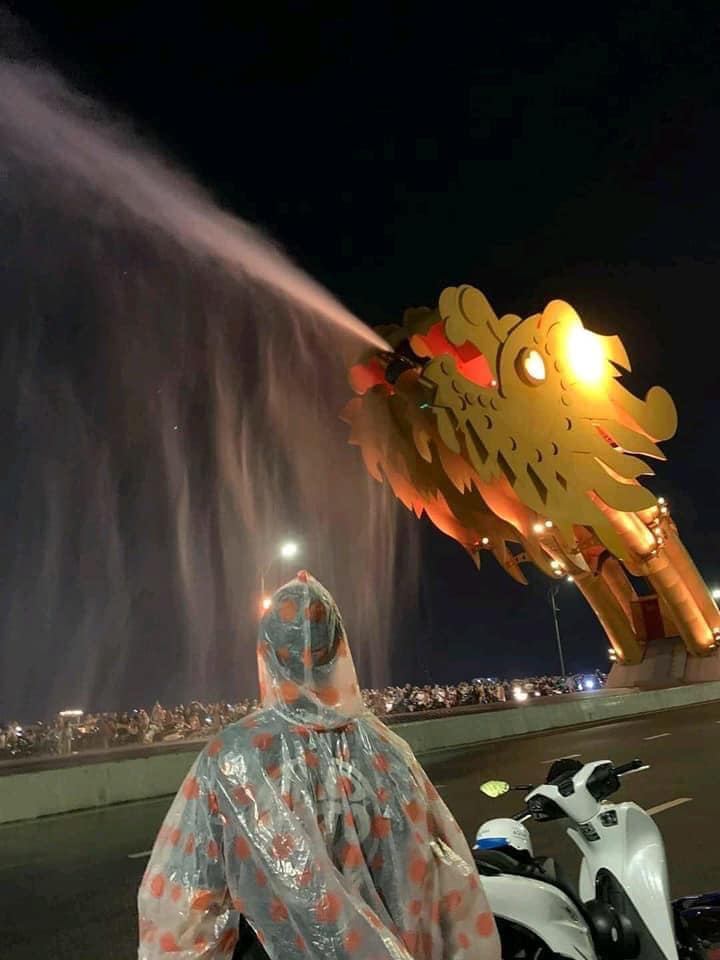 In pictures accompanying the posts, the young man stands out among hundreds of others visitors as he was wearing a raincoat even though the weather was dry and warm. 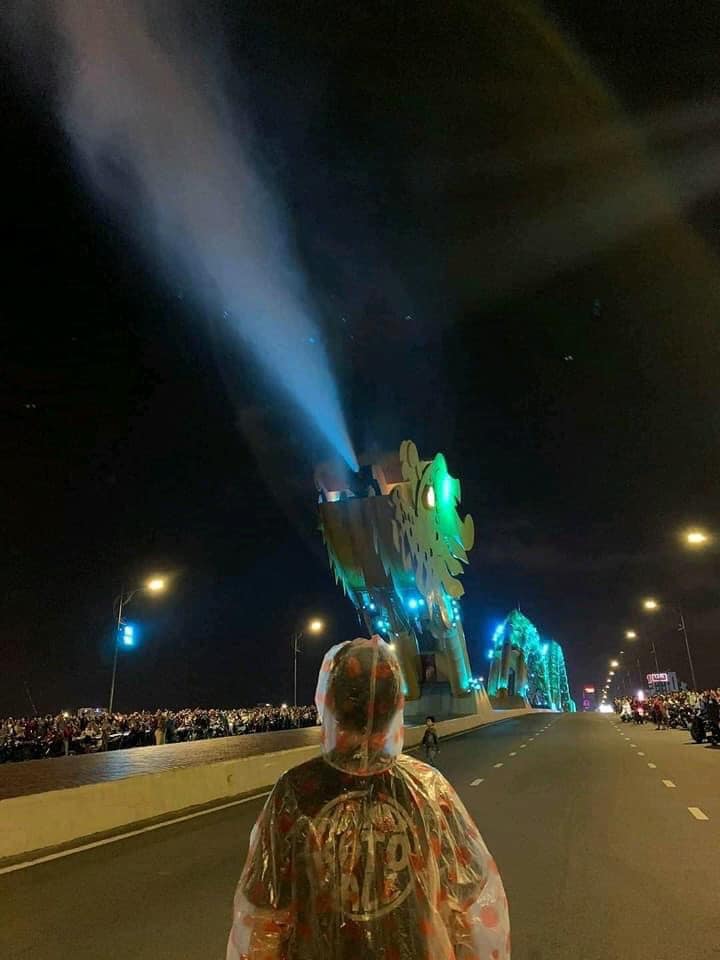 The reason for his unconventional fashion choice soon became apparent. Thanks to his protective gear, the man was able to view the spectacular water jets from the dragon’s mouth up close, while others had to stay far back to avoid getting wet.

Lưu Công Trần’s decision to arrive prepared entertained thousands of netizens. Many found his actions relatable, reflecting on how they were caught off guard the first time they saw the dragon ‘breathe’ water.

Tagging a couple of friends, Facebook user Thùy Dung Nguyễn commented, “I still can’t stop laughing thinking back to that day.” It seems she was referring to how she got sprayed with water while watching the Dragon Bridge show, as one of her tagged friends replied, “Let’s take a shower again next time.” 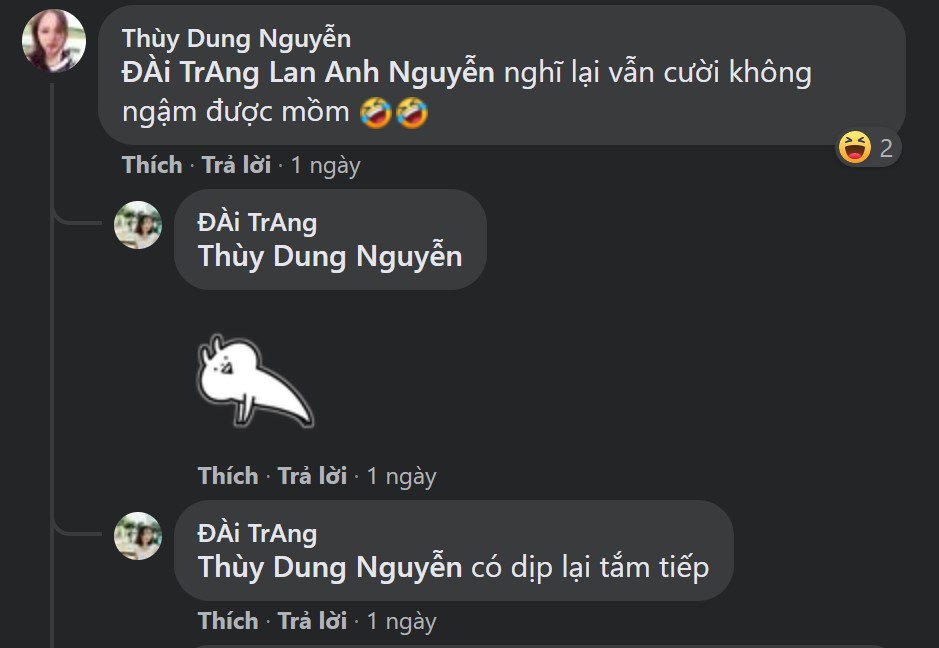 In the same situation, commenter Hải Hà Trương wrote, “I remember getting soaked the first time I watched that show. I was such a chiếc chiếu mới.” For context, the term “chiếc chiếu mới” – aka “new mat” – is a term locals use to refer to someone who’s ‘inexperienced’.

Meanwhile, netizen Huỳnh Thị Lệ Quyên joked that the man probably shielded himself from the dragon’s water because he was happy with his relationship status and didn’t want a new partner. In Đà Nẵng, rumor has it that someone who’s been sprayed with the dragon’s water will soon meet their soulmate.

The Dragon Bridge show commences every Saturday and Sunday at 9PM and lasts for 15 minutes. If you haven’t had the chance to watch it yet, you’ve now learned an important lesson to protect yourself from getting soaked.

That said, if you don’t mind getting misted, feel free to turn up without a raincoat. It makes for a fond memory, especially if you have family or friends there with you. And who knows, you might actually meet the love of your life, if you haven’t already.

We wouldn’t recommend it during cold winter days, though. Also, don’t get too close as the dragon also breathes fire. 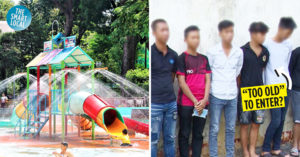 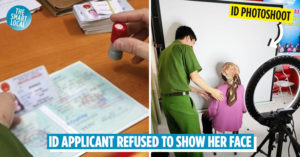