Though a Southeast Asian country, Vietnam is usually depicted as strongly influenced by Chinese culture.

However,  the Mỹ Sơn Sanctuary in Quảng Nam tells a different story – about a powerful ancient Indianized kingdom named Champa in central Vietnam. 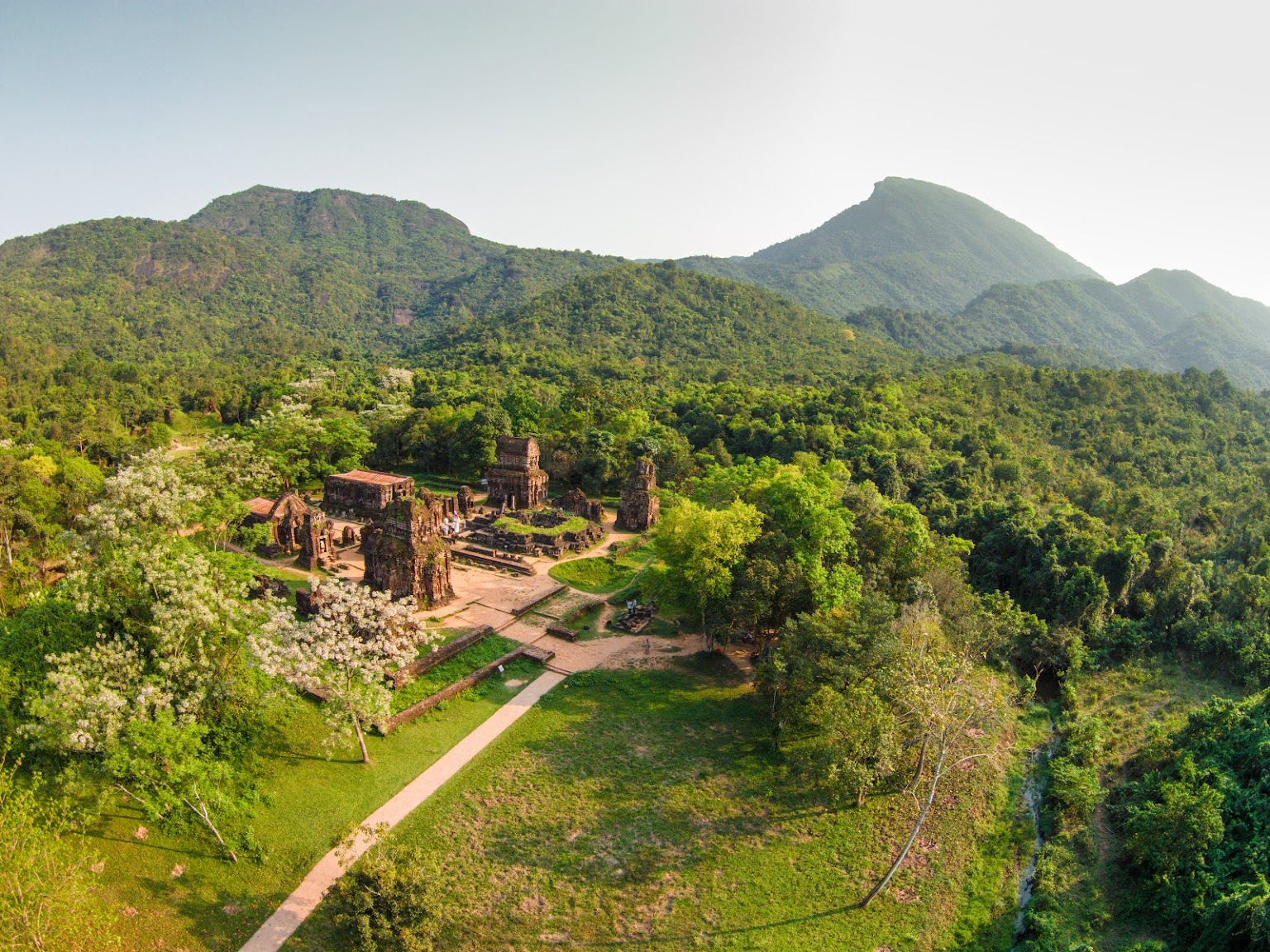 The Mỹ Sơn Sanctuary is a large complex of Cham towers. It is about 50 kilometers southwest of Danang and in a 2-kilometer-wide valley.

The sanctuary used to be a sacred place where many religious rituals of the Champa Kingdom were conducted. This was also the place where Champa kings were buried from the 4th century.

The research on this sanctuary started in 1898 and in 1904, the first documents about this site were published. The French archaeologists divided this site into 10 different clusters, namely A, A’, B, C, D, E, F, G, H, and K.

Going through each cluster, you will discover the life of the Champa people in multiple aspects and through many centuries.

It reflects Cham architecture through time 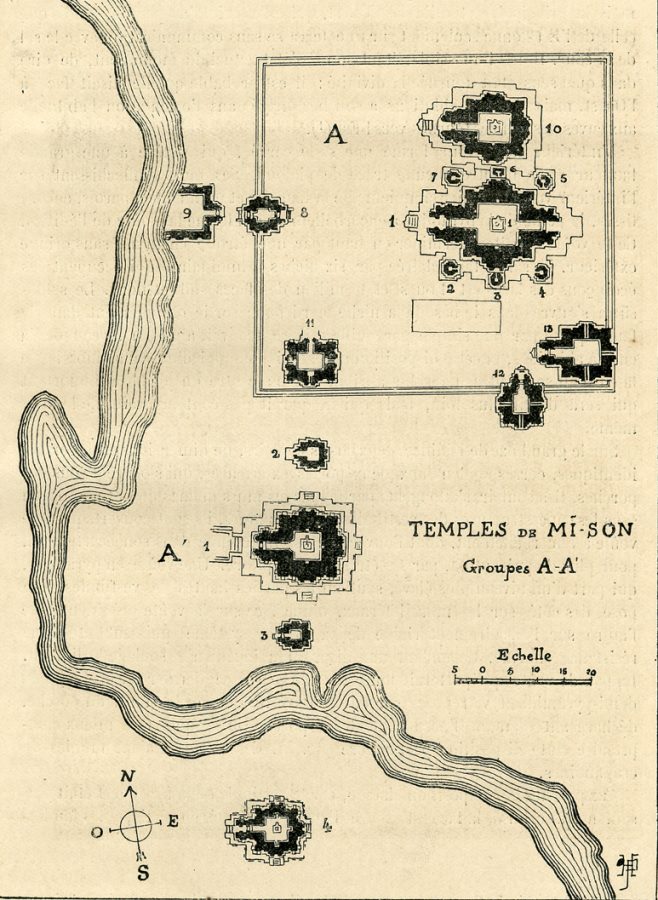 Map of the Clusters A and A’ in the Mỹ Sơn Sanctuary complex
Image credit: CHAMPA AND ME

Constructed in 9 centuries and serving as the cultural center of the ancient Champa Kingdom, this is a good place for you to explore how this Indianized civilization has developed and collapsed. In fact, Mỹ Sơn Sanctuary comprises more than 70 towers and affiliated constructions. 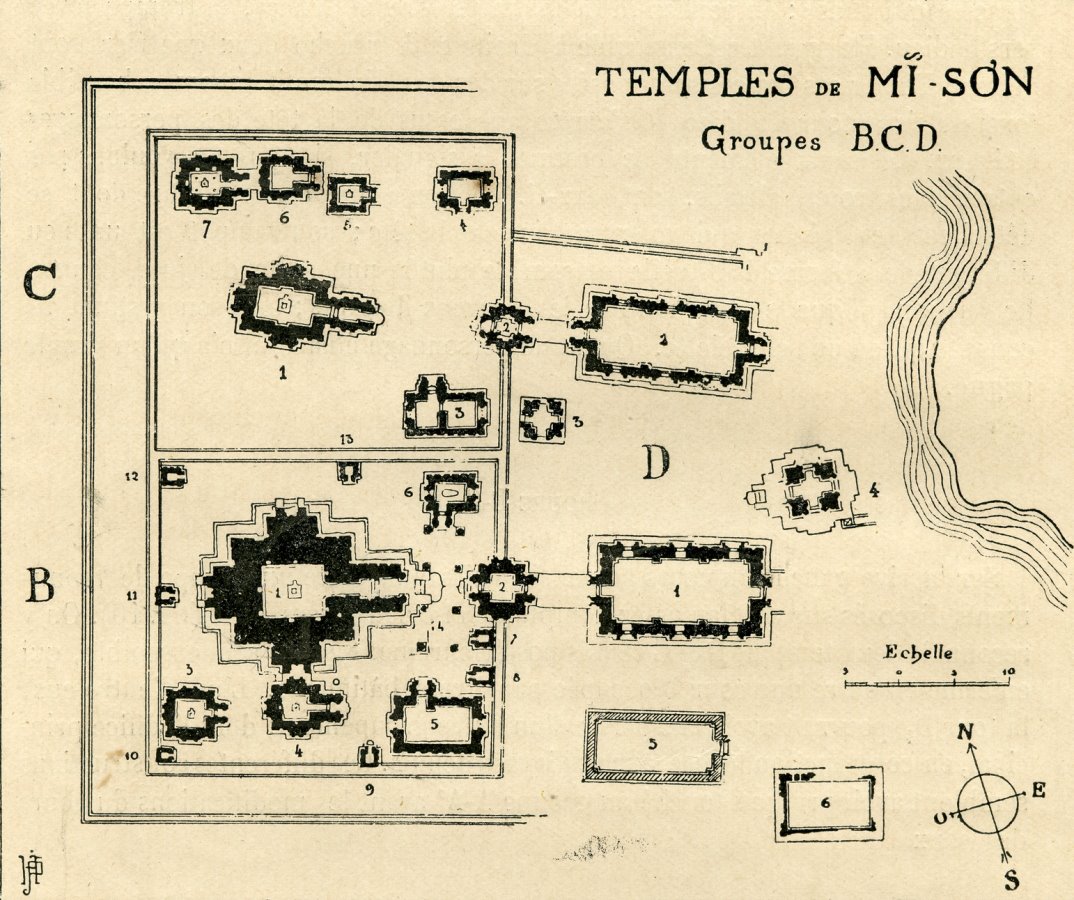 Map of the Clusters B, C, and D in the Mỹ Sơn Sanctuary complex
Image credit: CHAMPA AND ME

In some clusters such as E1 or F1, you can see how the first religious buildings were built on the site during the 8th century. Moving on to the B clusters, you get to see towers with delicate decorative details from the 9th to 10th centuries. 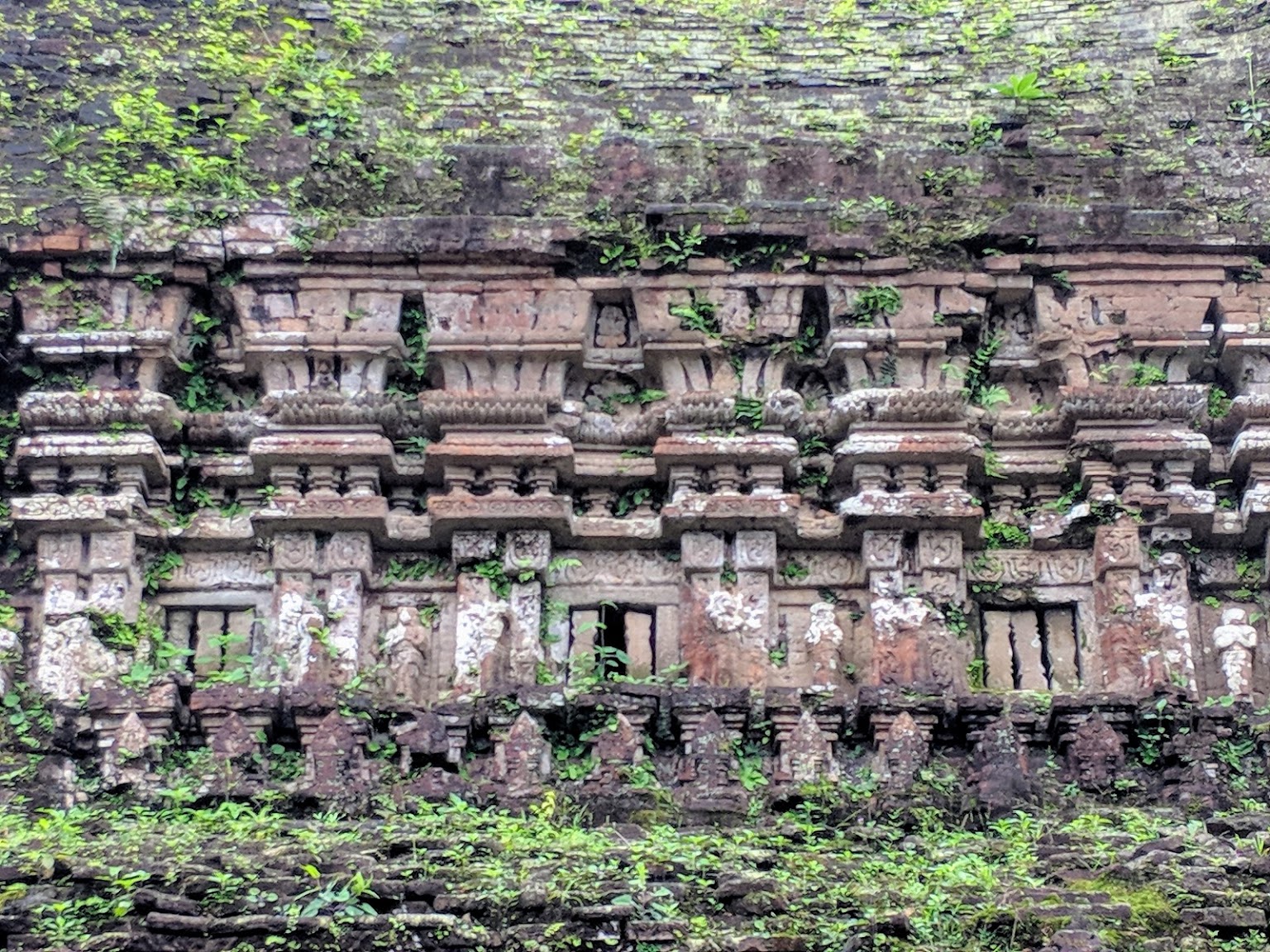 These intricate patterns on the towers reflect how advanced the building techniques of the Champa people were.
Image credit: John Marsh Class Piano II

The most modern towers, usually dubbed as the paragons of Champa architecture, are those built from the 11th to the 14th centuries in clusters B1, E4, and so on.

It is a world heritage site A visit to Mỹ Sơn Sanctuary will give you a chance to admire a great complex of Indianized structures comparable to their counterparts in Indonesia, Cambodia, Myanmar, and Thailand. Thanks to its historical and aesthetic values, Mỹ Sơn Sanctuary has been recognised by UNESCO as a World Heritage Site in 1999. 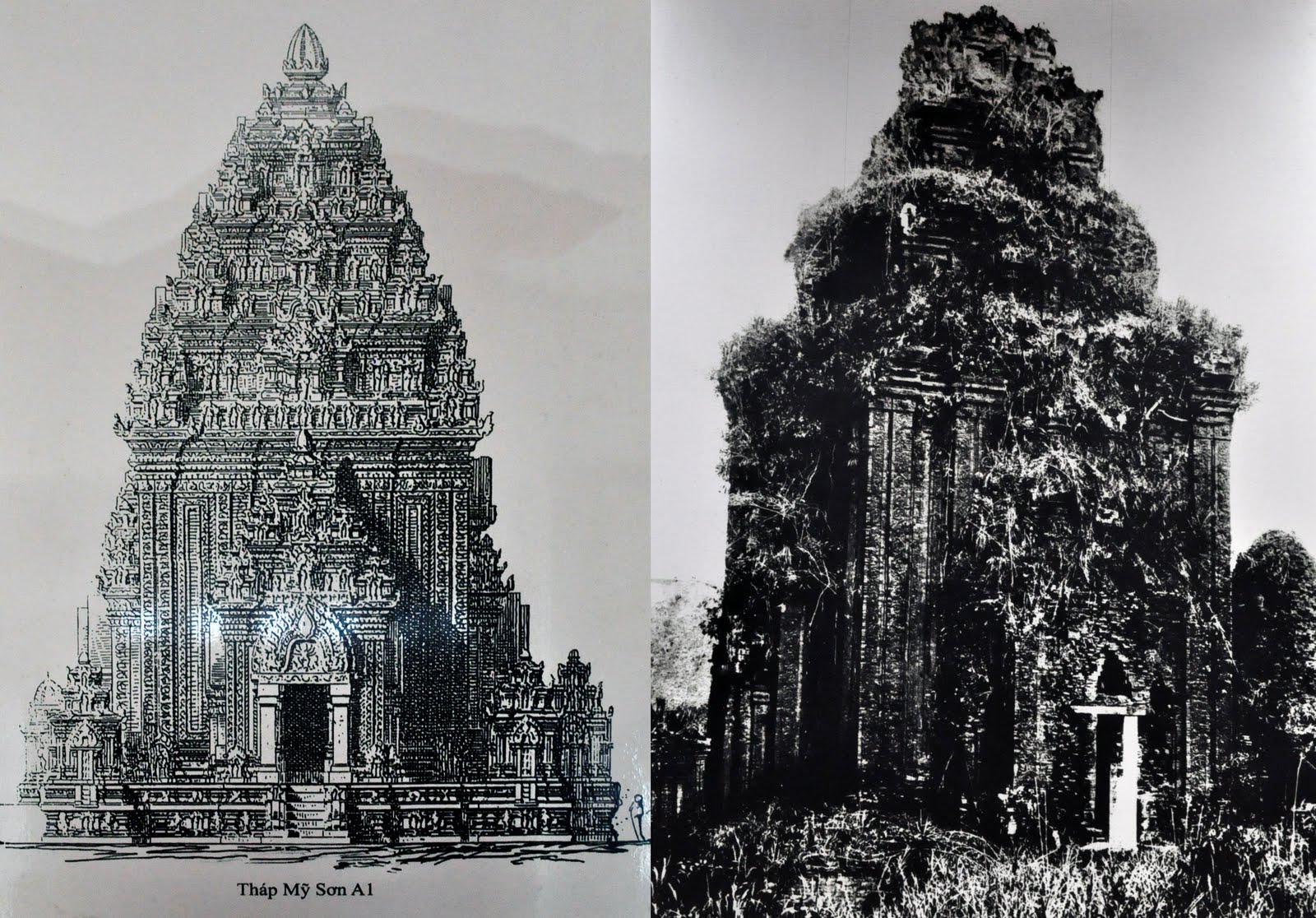 Tower A1, a magnificent Chăm Tower, was mostly destroyed during the Vietnam War.
Image credit: My Architectural Moleskine

However, after the Vietnam War, many towers, such as A1, were partly or completely destroyed. However, it doesn’t ruin the solemnity and mystery of this sanctuary.

There are still a lot of perplexing questions about these towers, for example, how the Cham people could build such detailed and sturdy towers, waiting to be solved.

Whether you are a history buff or just curious about a lesser-known face of Vietnam, you should come to Mỹ Sơn Sanctuary.

This is a complex of religious towers and other structures built across centuries of the ancient Kingdom of Champa, that’ll enthrall you with its level of development and the colorful spiritual life of its people.