The US force’s withdrawal from Afghanistan back in late August was a major global event that generated much discussion about Middle Eastern conflicts as a whole.

But whatever opinions one might have, the topic is a sensitive one that should be taken seriously – unlike this man, who clad himself in an imitation of the traditional Middle Eastern attire thawb and carried a toy gun outside as a joke.

We’ve included the pictures below.

The man dressed in a makeshift thawb and brandished a gun, taunting authorities 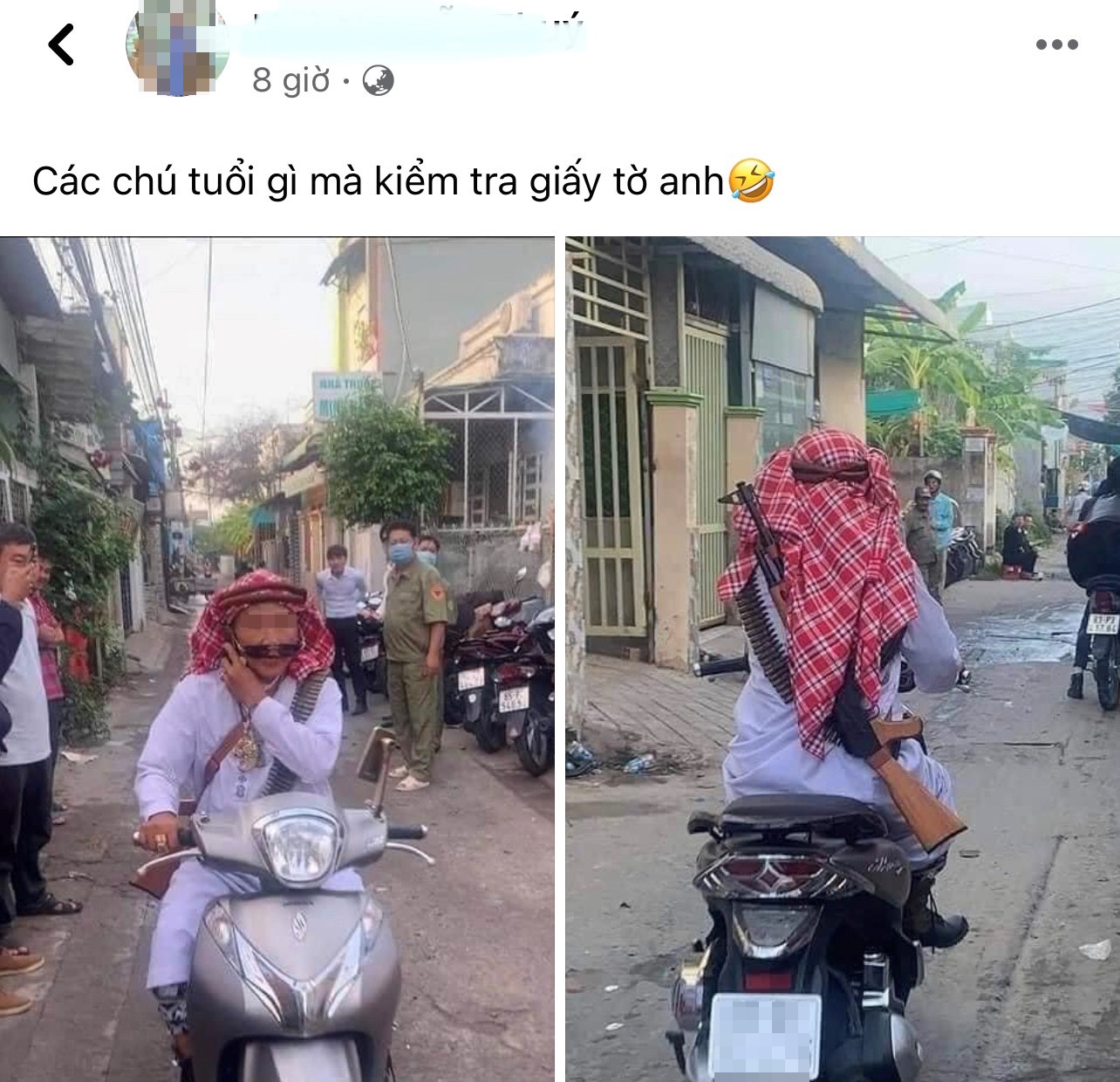 As Thanh Niên reported earlier this week, on 4th September, a couple of sensitive pictures started circulating on Facebook in Vietnam. They show a man riding a motorbike on the street while clad in a long white tunic and a red headscarf with crisscross patterns. His choice of clothing was obviously intended to mimic the thawb – a type of attire often worn by Middle Eastern men.

Most bizarrely, the man carried what appeared to be an assault rifle on his back. Around him, passers-by, including a man wearing the uniform of a local security officer, can be seen looking on in bewilderment.

The pictures are accompanied by a caption taunting authorities. It roughly translates to, “There’s nothing you can do to me.”

The police investigated the case

Understandably, the pictures caused confusion and no small amount of outrage among the online community, prompting the police to conduct an investigation.

As it turned out, the pictures actually first surfaced all the way back in December 2020 and only got reshared recently. The man shown was a resident of Ninh Kiều District, Cần Thơ Province.

The police have since issued a warning to the man and had him promise not to repeat his action. As for the gun, it was revealed to be a toy and was confiscated.

We’ve got to say, the man’s action, at best, was an insensitive joke, and at worst, cast a bad light on the cultures of many Middle Eastern and Arabic countries.

Yes, there are extremist groups that commit atrocities in the name of their beliefs, but that’s no reason to generalize and judge entire cultures based on the actions of a few.

Let’s hope the man has learned a lesson this time. 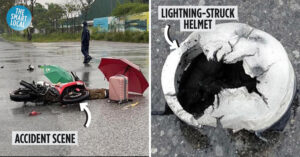 Young Couple Found Dead On The Road, Investigation Suggests Lightning Strike
Đặng Tuyết Mai: From An Air Hostess Chased By A Jet To A Second Lady 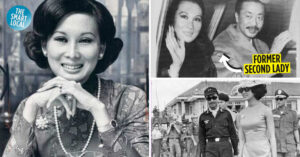