Jogging is a type of exercise almost anyone can get into. It requires little to no equipment, and can be practiced basically everywhere. And it has multiple health benefits such as building endurance and improving heart functions.

But let’s get real: we all know the hardest part is to overcome our lazy selves to do it every day. A man in Hanoi, however, has come up with a creative way to keep his jogging routine fresh.

The man plans his jogging routes so that on a GPS app he uses to track his progress, the paths he runs through line up to create funny pictures, such as a turtle or a fish.

Here’s how he’s achieved the feat.

The jogger creates funny pictures with a GPS phone app 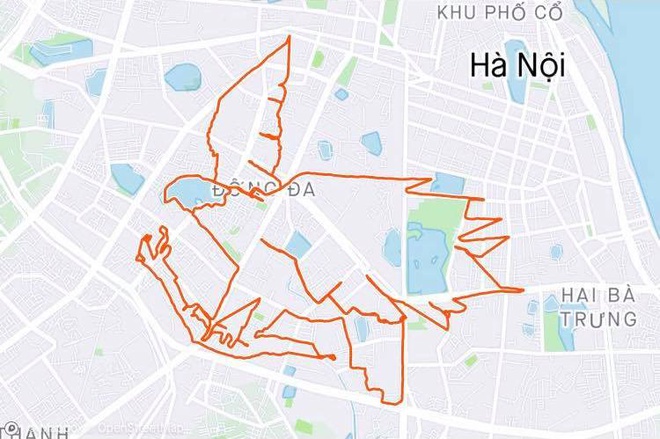 Now, before we get into the next part, here’s a disclaimer: we did not receive any money from Strava to advertise its product. But Strava is a useful mobile phone app for joggers and cyclists to track their progress. Using GPS, it shows the routes you traveled as lines on your map. 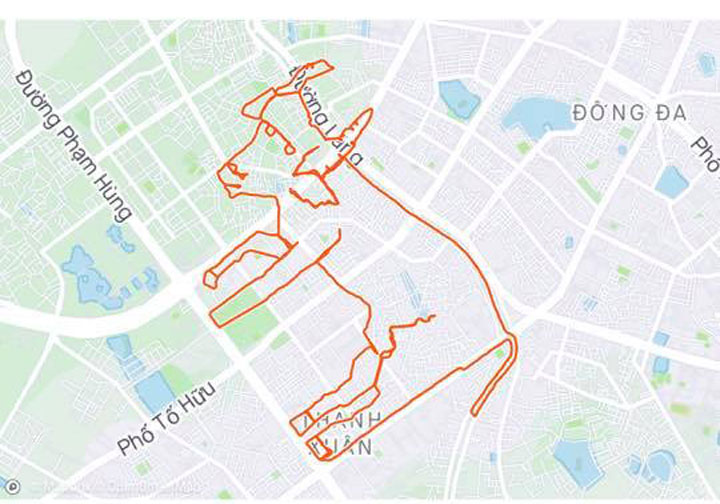 But Đăng Việt, a man living in Hanoi, has found a… rather unconventional way to utilize this function. He plans his jogging routes beforehand so that the lines shown on Strava create funny pictures.

So far, the man has created 19 “art pieces” using this method, including some pretty complicated shapes such as a buffalo or an eagle carrying a snake in its talons.

Some of the shapes require him to run over 40KM 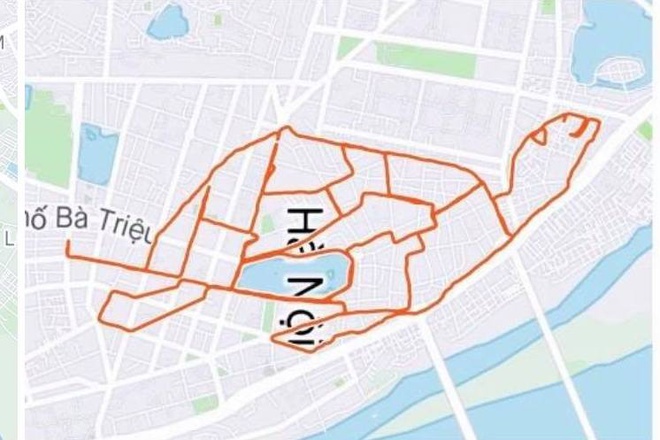 Speaking to Zing News, Đăng Việt shares that for some of the highly detailed shapes, the distance he has to travel can add up to 30-40KM.

He also notes that since Strava resets if left idle for too long, each project has to be a continuous, uninterrupted effort. He only allows himself short breaks, lest the app deletes his previous progress.

As such, Đăng Việt usually wakes up at 3AM to start with his jogging. Sometimes, it can take 8 hours to complete a picture.

Find fun in your exercises to stay motivated

We’re not gonna lie, we’re not the most athletic of the bunch, and just the thought of running 40KM a day seems daunting to us. But then, that makes what Đăng Việt has achieved even more impressive. Massive props to him for his dedication to exercising.

No doubt turning his daily routine into something more special has helped too. Perhaps we can all take a page out of his book – finding fun in our exercises to stay motivated. It makes it seem less like you’re doing a chore, and more like you’re working toward an immediate goal. 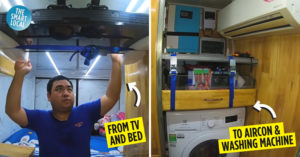 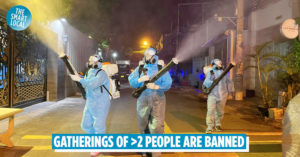