If you’re reading this, it means that you, like us, are a fan of ghost stories and paranormal activities. Therefore, don’t blame us if you can’t get these creepy stories out of your mind and become fascinated by the spiritual world.

In this article, we’ll return with more paranormal stories from Dr Lê Công Thành, a practicing physician in Saigon. Aside from Chợ Rẫy Hospital, the main setting of part 1, the stories also include other medical institutions where Dr Lê worked at.

Without further ado, let’s take a dive into the realm of the afterlife inside Saigon hospitals and morgues through the words of Dr Lê.

Story no. 5 – the mysterious rooms 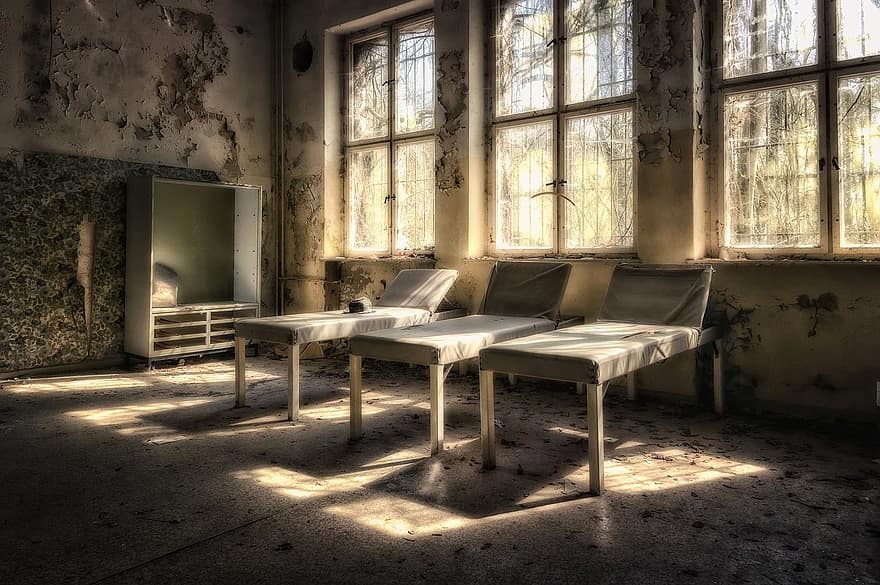 Image for illustration purposes only

When I first came to Chợ Rẫy Hospital, I was assigned a working room in a ward that was pretty quiet and airy. Once, I took a stroll around the ward and spotted a small, decrepit, doubly locked room right next to mine. There was a hole on the door through which I peeped in to see what was inside.

All that I saw were old beds and worn-out mattresses. I walked away.

However, I felt something cold on the back of my neck when I was looking into that room. I thought that there was a bug falling into my lab.

A few days later, I started to hear strange sounds.

First, there were knocks on my door while I was taking a nap. I opened the door and saw nobody. I returned to my bed and continued napping. 5 minutes later, I heard the knock again.

There was no reply.

I decided to stand right next to the door and waited.

The moment I heard the knock again, I kicked the door open immediately. And yet, I saw nobody.

I told my other colleagues what happened, and they said that I was being played around with. I had no idea what they meant and who was playing around with me.The next day, strange sounds emitted from outside of my room again as I was napping. But this time, it was not knocks on the door.

It was the sound of a baby crying.

I was shocked to hear that, because this was not the pediatrics department. The sobbing grew louder, and mixed with it was the laughing sound. I was terrified and tried to sleep.

10 minutes later, I felt my limbs stiffened and immovable. I tried to move but couldn’t. I looked around and saw an old man sitting on a bed across from me, and several people standing next to him. I tried to yell but I couldn’t.

Thankfully, my phone rang and I could snap out of this seemingly real nightmare.

After learning of what happened to me, a nurse told me a harrowing truth about my room.

“The working room that you’re assigned to used to house critically ill patients who couldn’t make it. There were people dying in that room,” she said.

“The room next to yours was an operating theatre for abortions. Therefore, these two rooms are filled with ghosts.”

She went on to offer advice, “If you want them to stop messing with you, buy some offerings and burn them for these spirits on the 2nd and 16th day every month.”

I heeded her advice, even though I was cynical.

After burning joss paper to the spirits in those rooms, I no longer heard the strange sounds during my nap time.

Since then, I started to believe more in the existence of a spiritual world.

Story no. 6 – my patient was followed by a ghost lady 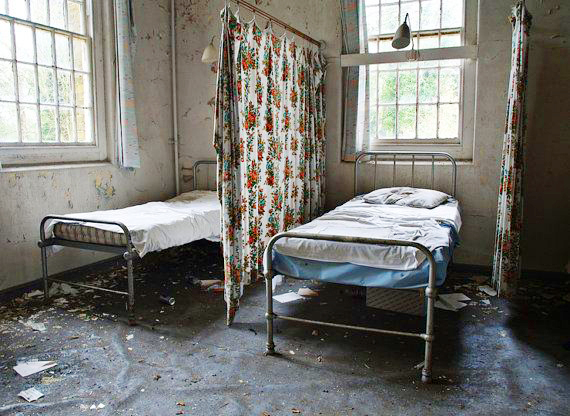 When I was an intern at Chợ Rẫy Hospital, I was assigned an emergency in which the patient had been severely injured in a road accident. His liver was damaged and our physicians did their best to save him. Several weeks after his surgery, I talked to him and asked him what had happened.

He said, “As I was riding my scooter to the crossroad Âu Cơ – Lạc Long Quân in District 11, I saw a lady dressed in white waving at me. All of a sudden, I didn’t know why I just turned up the engine and charged forward until I ran into an electric pole. When I woke up, I saw myself in this place.”

Sensing something unusual about his story, I halted our conversation and continued performing a medical checkup on him.

The following morning, I ran into this patient’s wife. She told me that her husband had kept talking all by himself the previous night, but it sounded as if he was in a conversation with someone invisible.

At 10.30PM that evening, I went to check on him. I saw him sitting with his face against the wall and murmuring something.

The next morning, I returned and saw him sleeping on the floor with his wife. I performed several neurological examinations on him and concluded that he was totally sane and healthy. I wondered why he slept on the floor.

“I was sleeping on the bed, but that woman kept pulling my leg,” he said.

I asked, “Who pulled your leg?”

“The lady in white whom I met at the crossroads,” he said.

He added, “She told me that she loved me. I told her that I was married. But she kept chasing me.”

I felt chills down my spine. I advised his wife to put a small statue or a photo of the Buddha on his bed to help him sleep better.

A week later, his condition improved and I decided to discharge him. That night, I went to his room to discuss his recovery path and bid him farewell.

Suddenly, I felt shivers running down my spine as I caught the gaze of someone nearby. Standing in a dark corner of the room was the white silhouette of a girl who was looking at me. As I came closer, she disappeared.

Story no. 7 – an unforgettable forensic shift 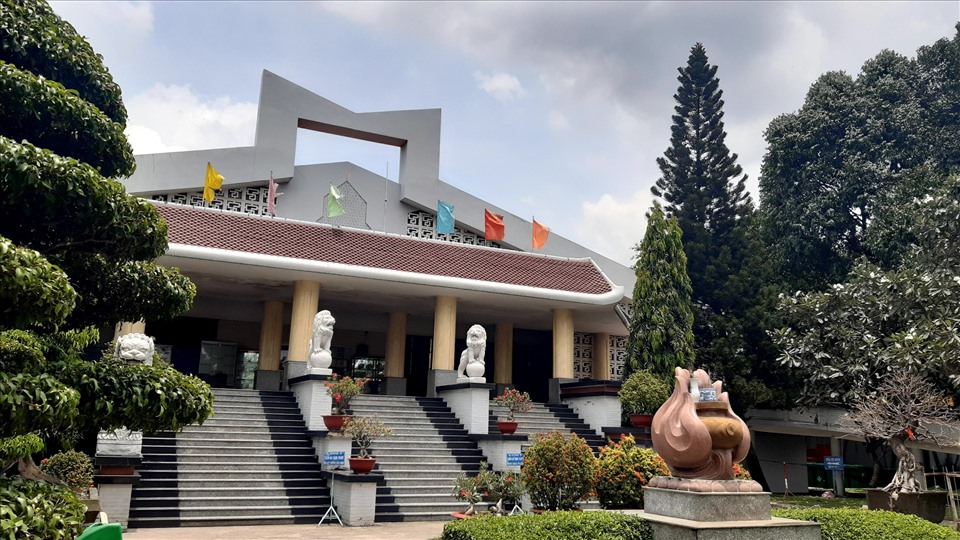 In my fourth year as a medical student, I was assigned to Bình Hưng Hòa, Saigon’s largest cremation center and graveyard, to practice forensic science.Most facilities inside Bình Hưng Hòa operate from dusk till dawn, but there was one zone where the work went on 24/7 – the Forensic Science Department where post-mortem operations took place.

Every night shift went smooth-sailing for my classmates, and none of them had to participate in an autopsy.

When it was my turn to do the night shift, I encountered an unforgettable experience.

Around 3AM, I heard the sound of a hearse coming and my teacher woke us all up. He told us to prepare the tools and get ready for an autopsy of a body recovered from the water.

My hair stood on end at this point. 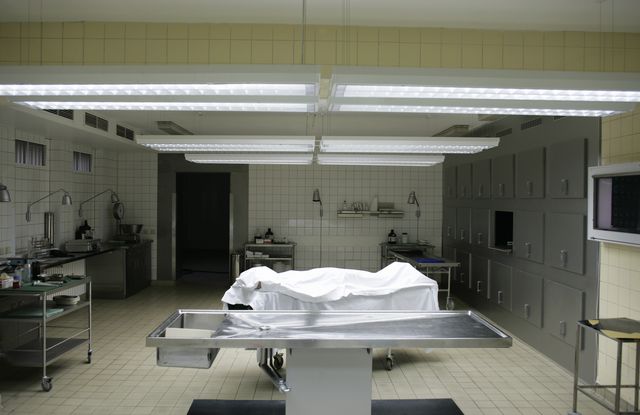 The smell of a decomposing body is a lot to handle. The smell of a body recovered from water is 10 times more horrifying. We had to perform an autopsy immediately, lest the body was completely decomposed and rendered impossible for further examination.

I put on my lab coat, four masks, and three gloves.

The moment we approached the body, we smelled an unbearable stench enveloping the whole space. My classmate threw up right after walking in, while I tried to forget the terrifying smell to focus on my tasks.

We started the pathological process. As I was turning around to grab some tools for my teacher, I was stunned to see a person standing in a corner of the operating theatre, staring at the corpse.

This room had only 3 people, including me, my teacher, and my classmate.

I looked closer and saw clearly that the fourth person standing in the room was the very corpse that we were operating on.

Totally alarmed, I approached my classmate and asked him if he saw the one standing in the corner. He said he didn’t. The autopsy ended at 4.30AM. As I and my teacher were getting changed, he asked me while I went pale and spiritless during the autopsy.

“I saw the victim standing nearby,” I said.

My teacher was not surprised to hear that.

He said, “Even though we work in the realm of science, we have to acknowledge that there’s another world that is co-existing with ours. As long as we respect them, they’ll leave us alone.”

Story no. 8 – a stranger who called my name 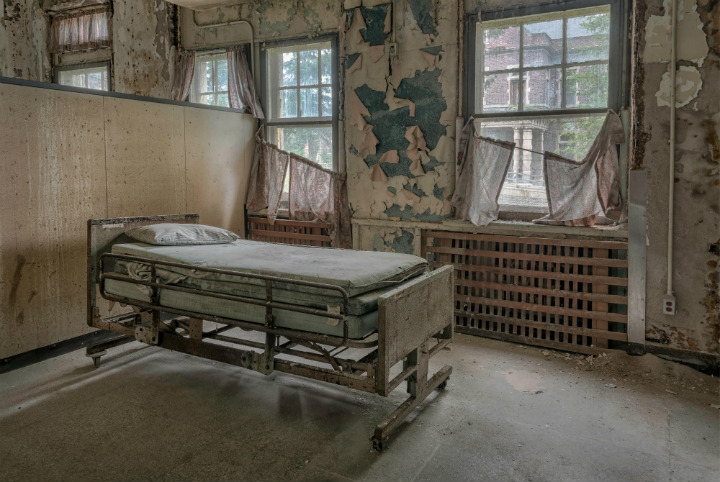 This happened in my rented private clinic just recently. My work in the clinic has been very stressful and exhausting, so I always feel sleepy. Sometimes, I fall asleep sitting at my desk. For the past few weeks, I’ve heard someone call me by my first name during my nap.

I was surprised, because everyone in the clinic addressed me as “Dr.”

Yesterday, as I was half sleeping, I heard strange sounds coming from a door inside my working room. The lights suddenly switched on and off.

To my horror, a girl suddenly appeared on the bed right across from me. Her hair was long and covering her face.

I was very confused because everyone who came into my working room had to knock first.

Where did this girl come from?

I tried to wake myself up from that vision, and dragged my feet to the workstation of my colleague to tell her what happened.

“We haven’t burned any offerings since we opened our business in this rented property yet,” she said.

I didn’t understand why and to whom we had to burn offerings.

She went on to explain, “Years ago, a person committed suicide on level 1. The staff members downstairs have reported hearing someone singing and running around.”

After asking her to buy some offerings to burn the surrounding spirits, I returned to my room.

I opened the decrepit door inside my room to see what was behind it.

Facing me was a dark, ramshackle room with some worn-out furniture, including a dusty, mysterious-looking chest.

There was nothing else to see, so I closed the door and walked out.

Immediately, all the lights in my room are turned off for 10 seconds.

I was so scared that I decided to leave work early that afternoon.

I just want to advise you all that we’re in the middle of the ghost month, and we need to steer clear from spiritual troubles. For example, don’t answer if someone calls you names and don’t go to a dark place or locations where tragic atrocities were reported.

Note: Dr Lê encountered and reported his paranormal experience during the ghost month.

Paranormal encounters vary from person to person. Just like the author of the story had shared, he saw a dead victim standing in a room but his classmate and teacher didn’t. Therefore, don’t get worked up by these stories and worry about running into ghosts inside hospitals or clinics.

However, there’s no denying that those places often ignite the dark side of our imagination.

If you’re not a fainter and excited to hear more, stay tuned for part three of this collection. 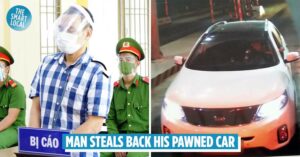 Man Steals His Own Car & Gets 7 Years In Prison, Here's Why
Choosing To Stay: Confessions Of A Real Estate Agent In Vietnam As The Covid-19 Crisis... 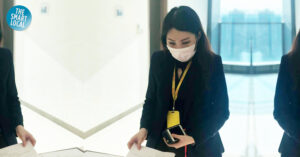