For most of us, having our own home that we can decorate to our personal taste is probably the dream, but of course, that is a lifelong goal that requires years of saving and careful planning.

A university student from Hanoi, however, has proven that a comfortable living space needn’t cost you an arm and a leg. Using a reasonable budget of VND20,000,000 (~USD867.88), he’s transformed his shabby rental apartment into a dream home. 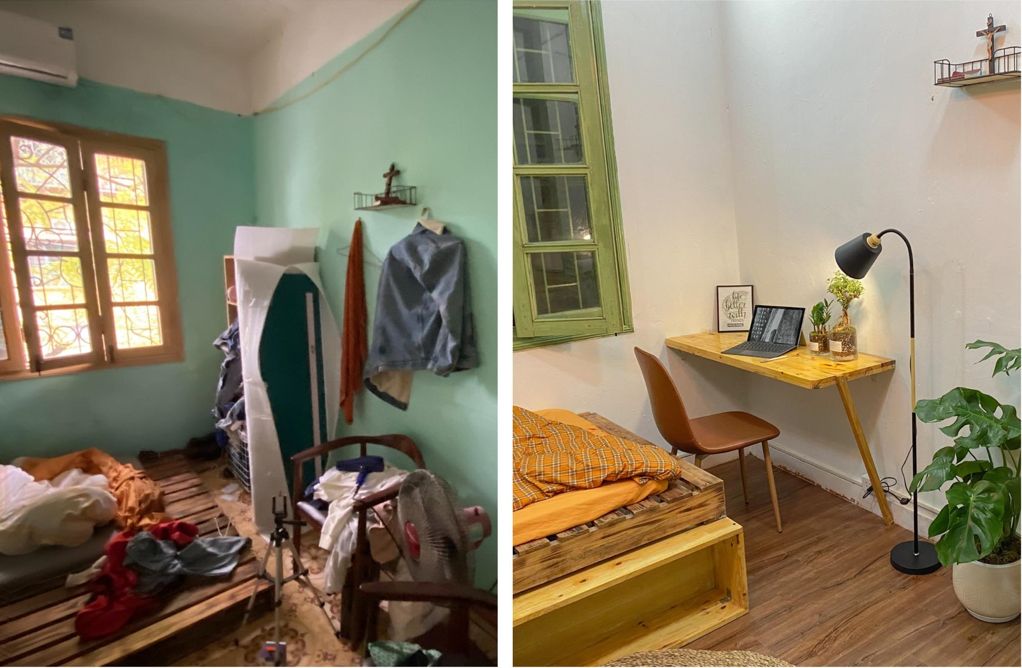 Earlier this week, 21-year-old Hanoi-based student Trần Long Nhật took to Nghiện Nhà – a popular Facebook group of people with a passion for home renovations and decorations – to share the amazing work he’s done to upgrade his 40-square-meter rental apartment.

Across a series of before-after pictures shared by Nhật, he walks us through the process of how his initially dark and deteriorating apartment got turned into a bright, homey living quarters. 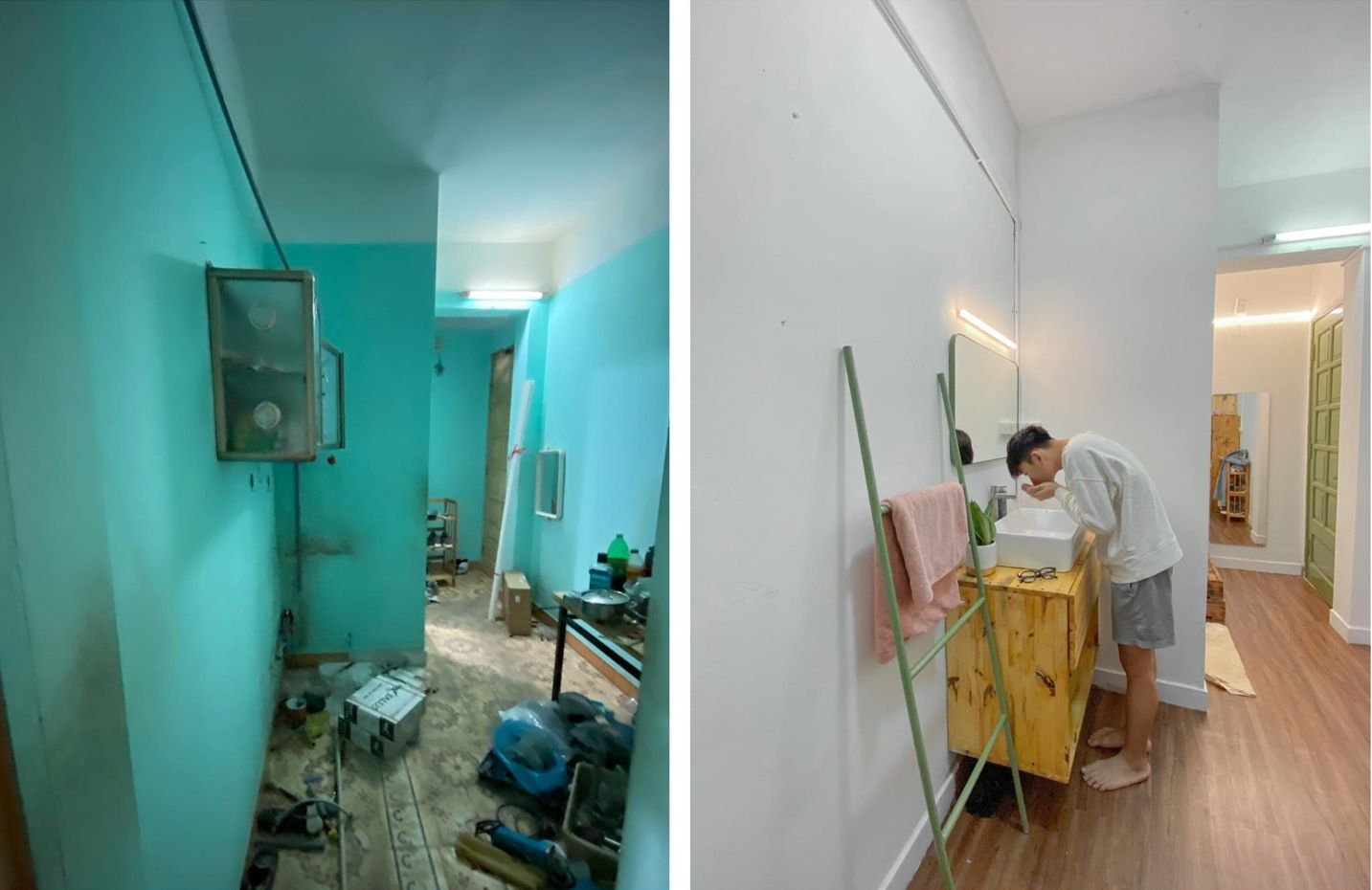 The space immediately past the entrance, for instance, was formerly a messy cooking area with mossy walls and dusty old tiles, but Nhật has overhauled it with white wall paint and laminate flooring, as well as equipping it with a washbasin.

According to the 21-year-old student, since the apartment’s bathroom is small, having a washbasin by the entrance is more convenient as it allows him to wash his hands and face immediately upon coming home without having to go to the bathroom. 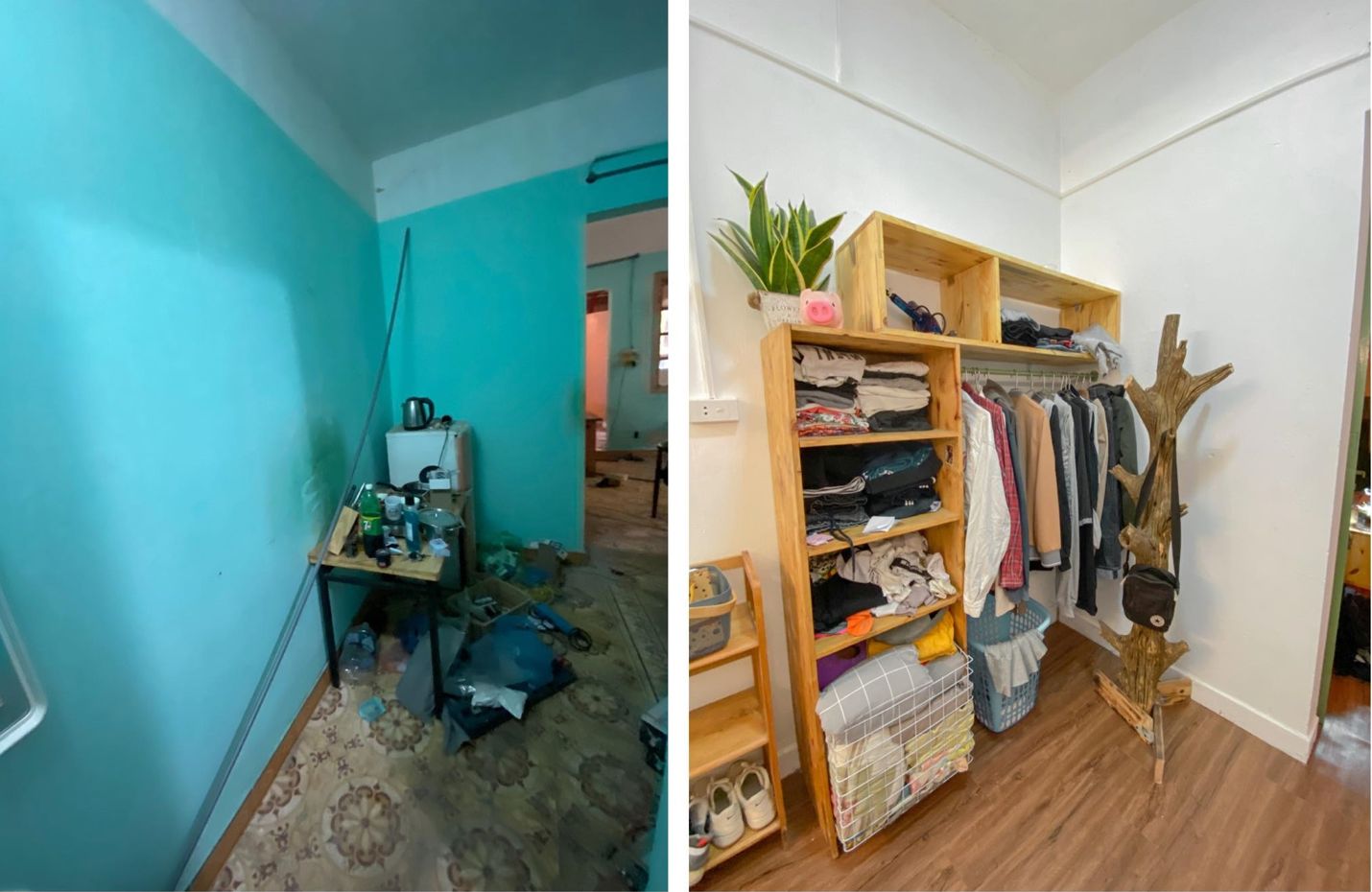 The opposite corner of the space, formerly occupied by a table of miscellaneous items, is now home to a cute wardrobe and a clothing stand. 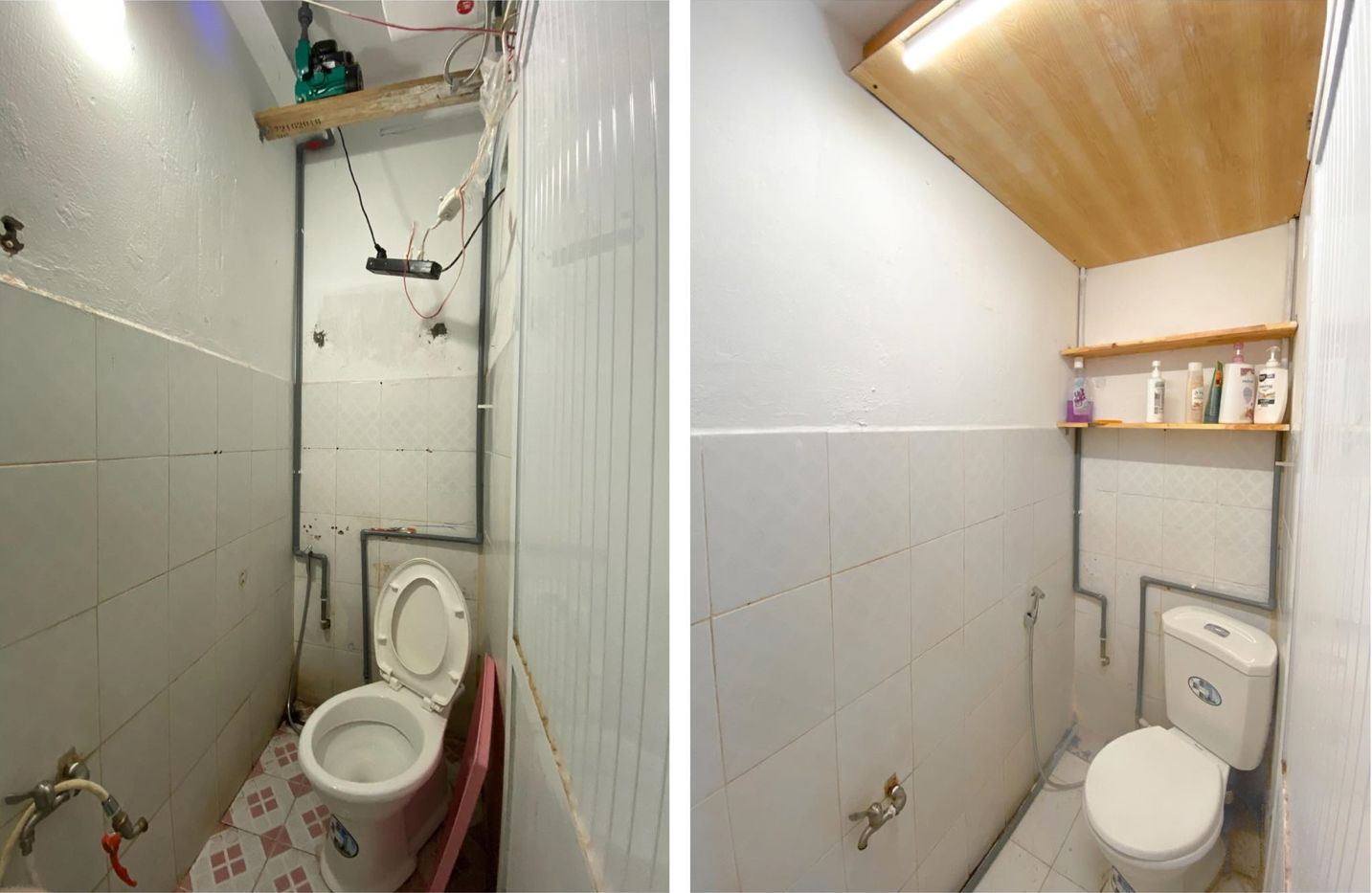 As for the bathroom, there isn’t much room to increase the aesthetics, but Nhật has improved its function by adding simple shelves for soap, shampoo and toiletries, as well as a new shower and a water heater. 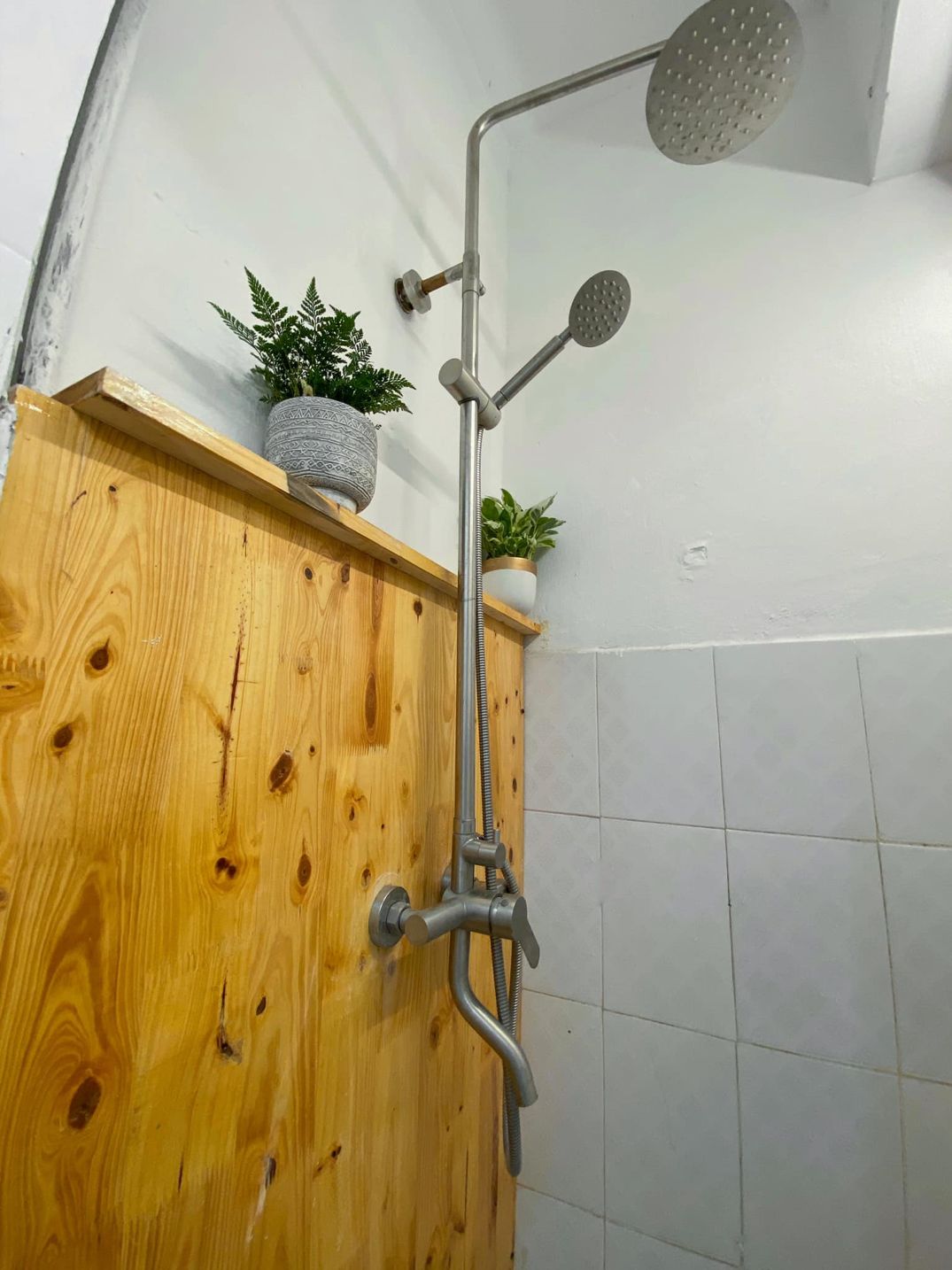 Meanwhile, the living room that also doubles as a bedroom looks much more welcoming as the old blue wall paint has been repainted in a greyish concrete-like color. A makeshift chandelier made by tying several light bulbs emitting warm light to a wooden branch is attached to the ceiling. 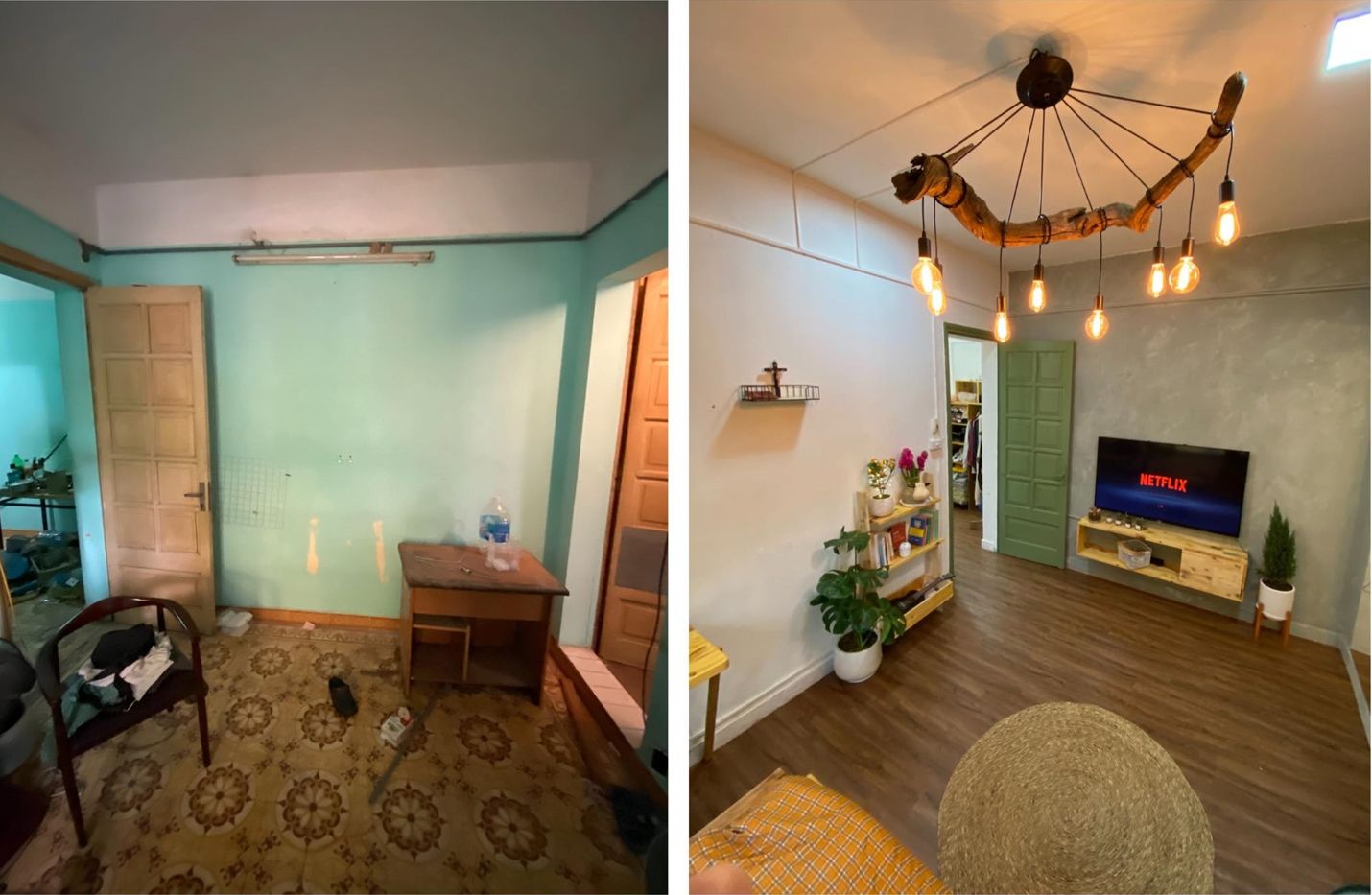 “Even though the wall is damaged, the grey color still makes it look cool,” he said
Image adapted from Trần Long Nhật

From what Nhật shared, he liked the vintage floor tiles, but they were too old to be of much use anymore. As such, he’s placed laminate flooring on the floor. 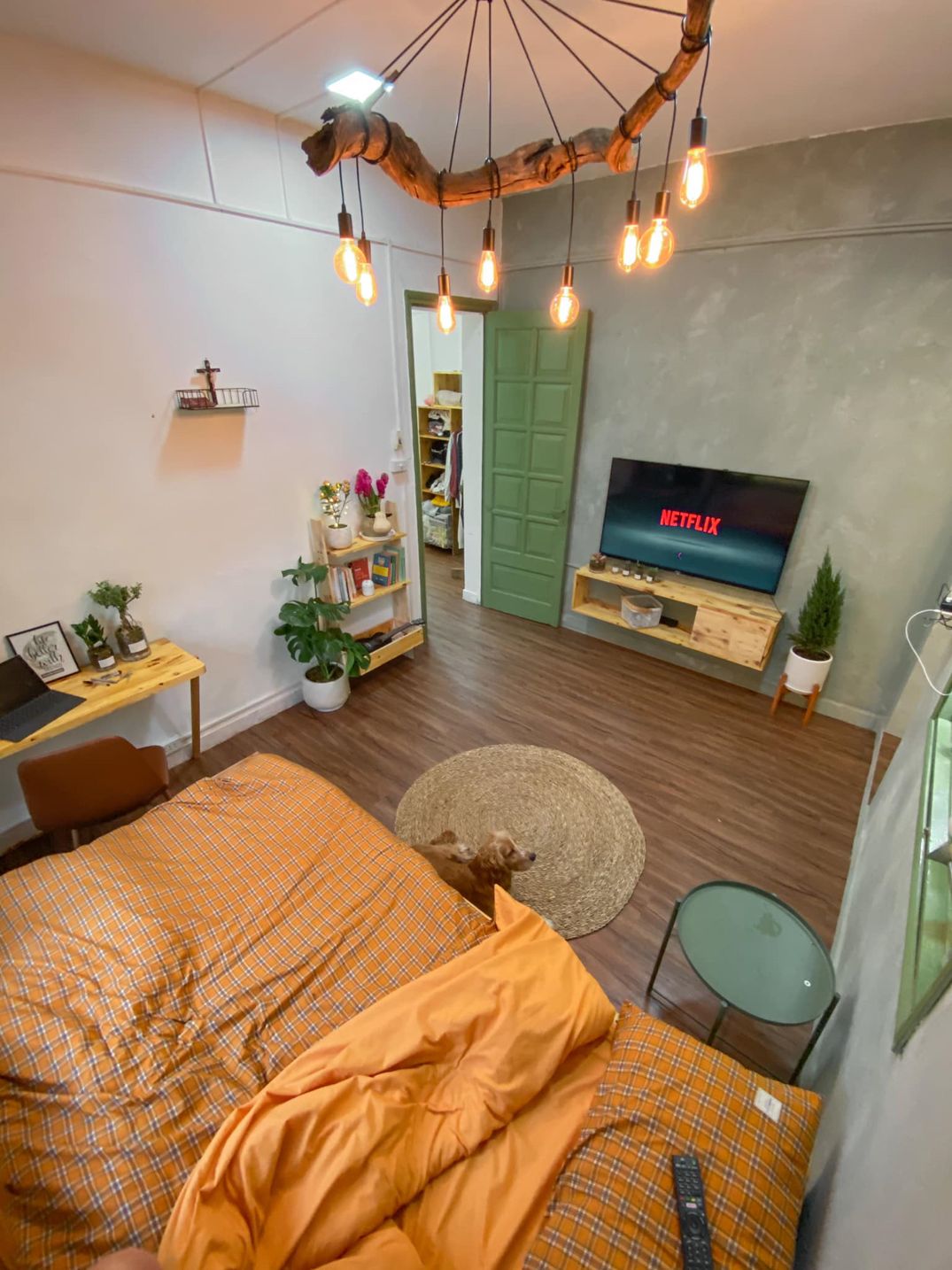 The project costs him 20 million VND

According to Nhật, the entire home renovation project cost him VND20,000,000 (~USD867.88). Most of this sum was spent on materials such as wood and paint as he did all the work himself, including making several DIY pieces of furniture. 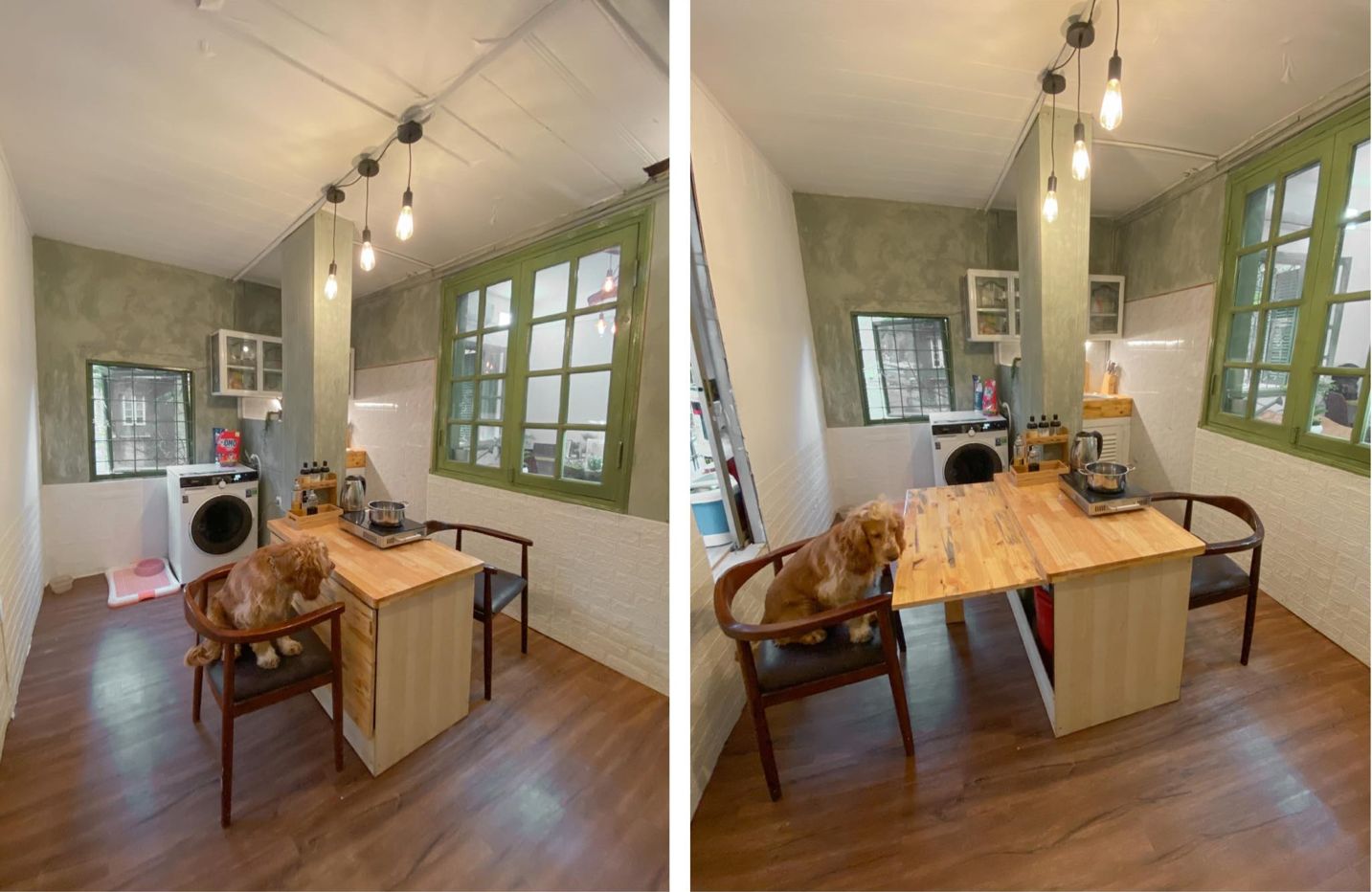 His homemade dining table, for example, comes with a retractable panel that can be folded down when unused to save space. 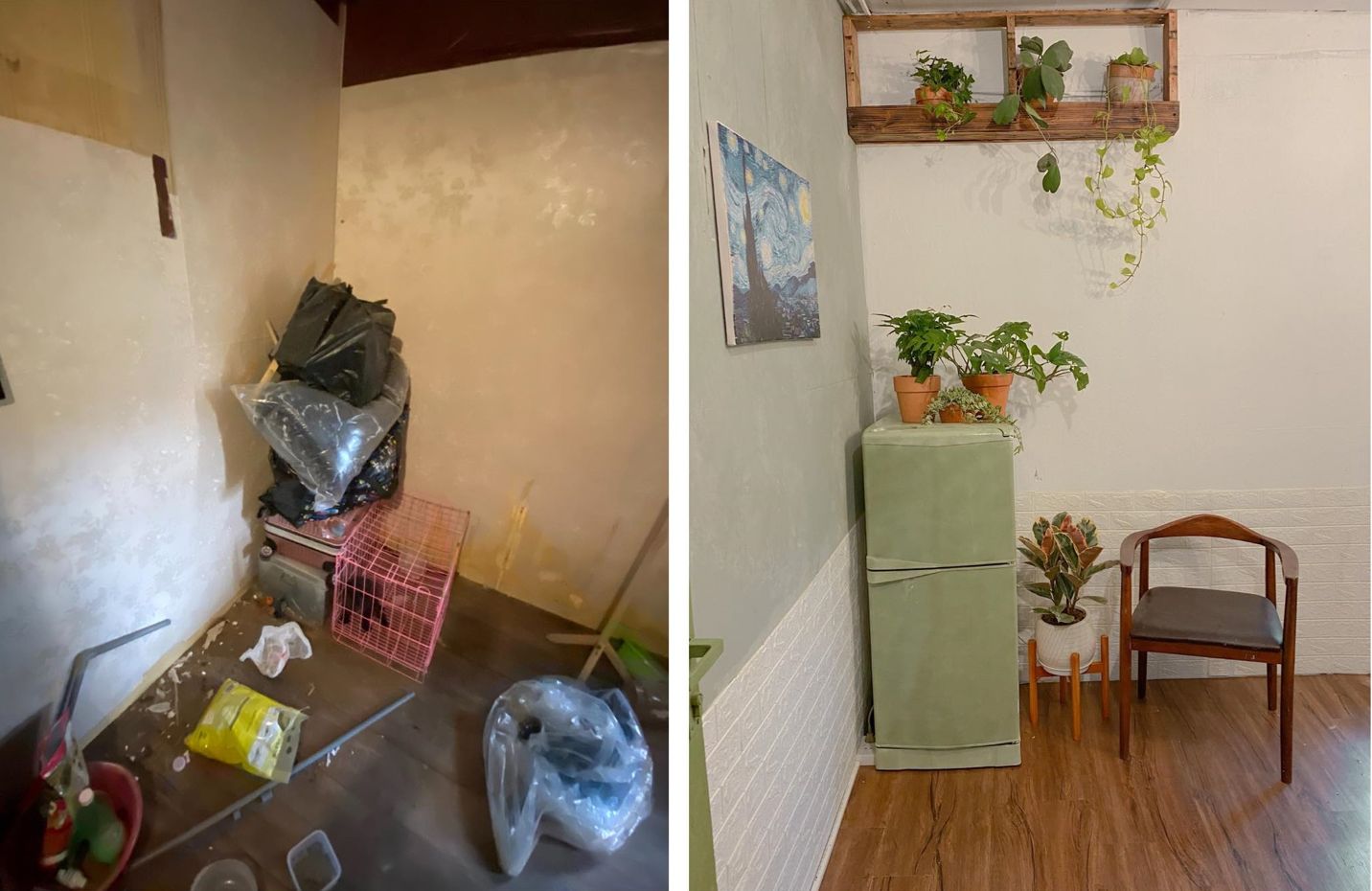 Across the pictures, the young man also shared several tips on home renovation. “When in doubt, add plants,” he captioned a before-after picture of a corner in his apartment.

Indeed, the initially disorganized corner now seems a lot more functional and decorative, with several plants placed on shelves and on top of a refrigerator. 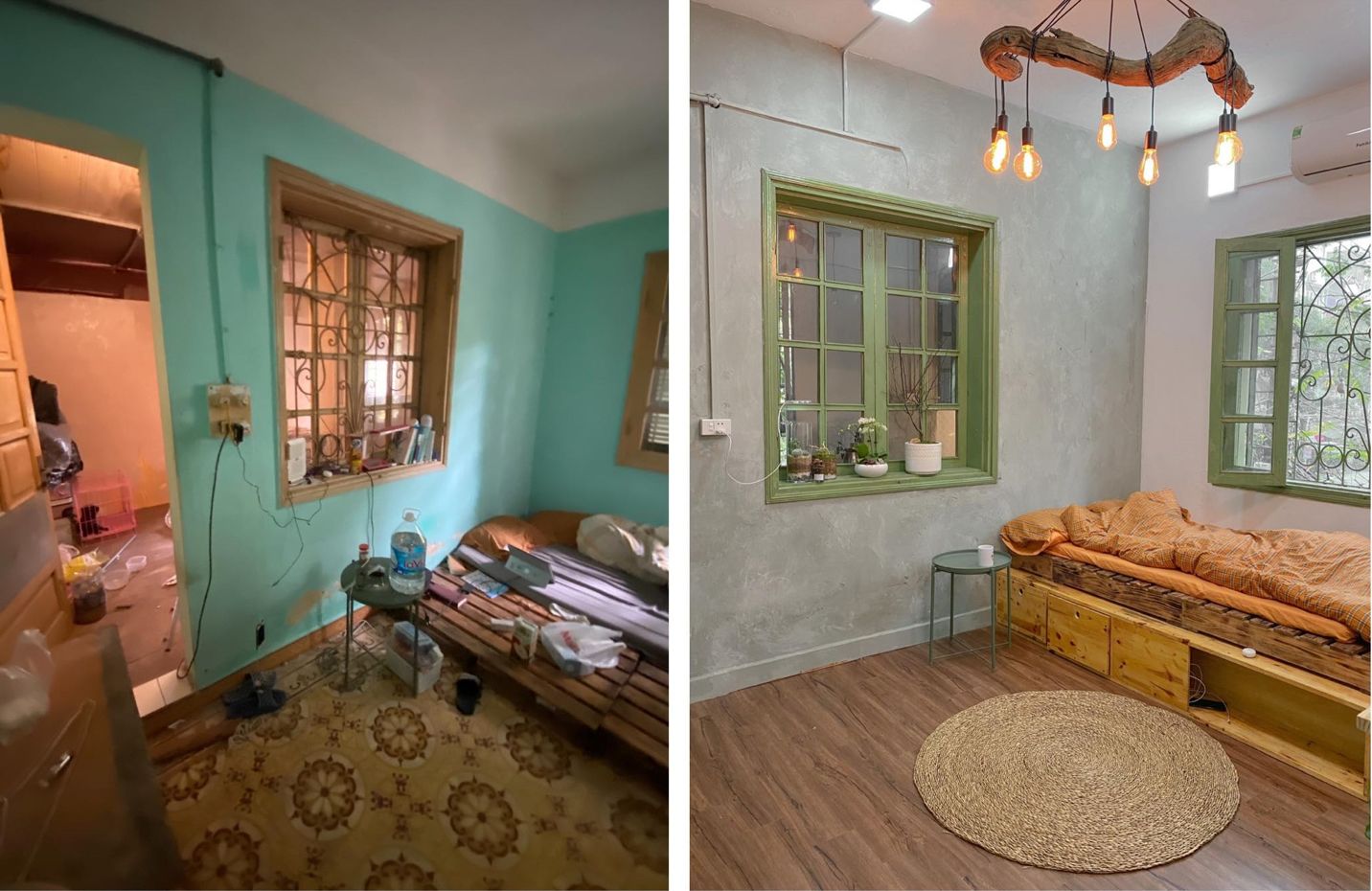 On the other hand, his pallet bed is now equipped with drawers underneath to add more usable space. He also says that removing the metal bars from the window and adding plants helped make the room feel airier.

While 20 million VND isn’t a small amount of money, it is a sum that most young adults in Vietnam can reasonably save up over the course of a few months. Stories like Nhật’s and that of another man from Saigon who greatly improved his tiny apartment prove that with creativity and dedication, most of us can afford a comfy living space.

Let this be an inspiration for us to start working on our own living quarters. 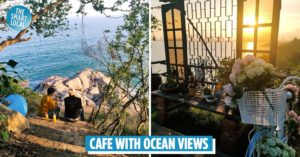 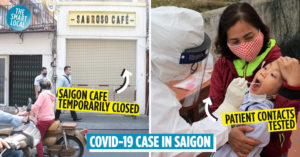