With the social distancing policy in practice in Vietnam right now to contain the COVID-19 pandemic, most restaurants and food stalls have been forced to shut down, and we Vietnamese are restricted from leaving our homes. In other words, eating out is no longer an option.

This means we now have to whip out those pans and rice cookers more than usual in the kitchen. Unfortunately, not everyone is skilled in the art of cooking, and hilarious fails are bound to happen.

But being the optimistic folks that we are, we have turned this into a source of entertainment, sharing these kitchen mishaps online for everyone to have a good laugh together.

Let’s check out some of the best ones:

Whether they’re raw or not, don’t microwave eggs. Just don’t.

We all know that cooking raw eggs with a microwave oven is a bad idea, but if you think boiled and peeled eggs are safe to microwave, you should reflect on your life choices, lest you find yourself in the position of Facebook user Trần Linh.

“Boiled some eggs but after peeling I found that they were still rare, so I put them in the microwave oven. I thought since they were boiled and peeled, they wouldn’t explode. Well, they indeed didn’t… until I opened the oven. It just had to blow up in my face,” she shared. 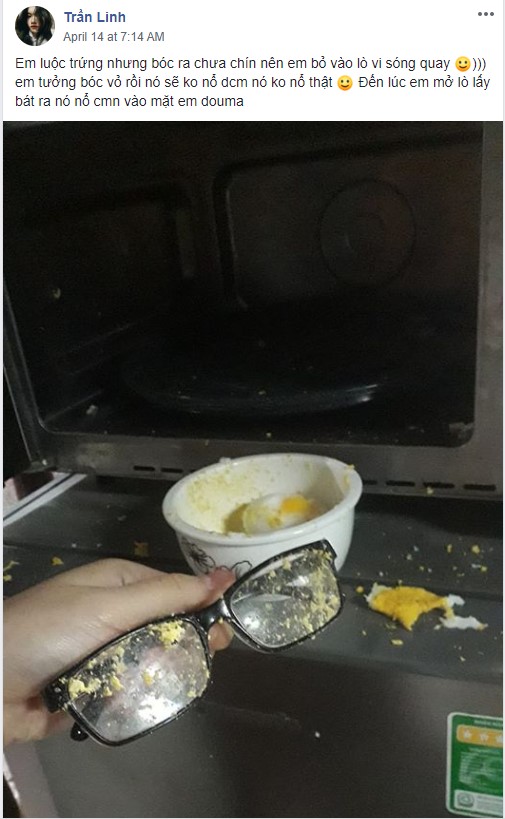 Apparently microwaving boiled eggs is a more common occurrence than you’d think, as Trần Linh isn’t its only victim. Netizen Kiều Trang also posted a short video of the disastrous aftermath of her own attempt.

Meanwhile, the story of My Tra Tran is a prime example of how NOT to follow cooking guides. She tried making a custard cake with a rice cooker by following someone else’s recipe. Well, let’s just say that it didn’t turn out too well. 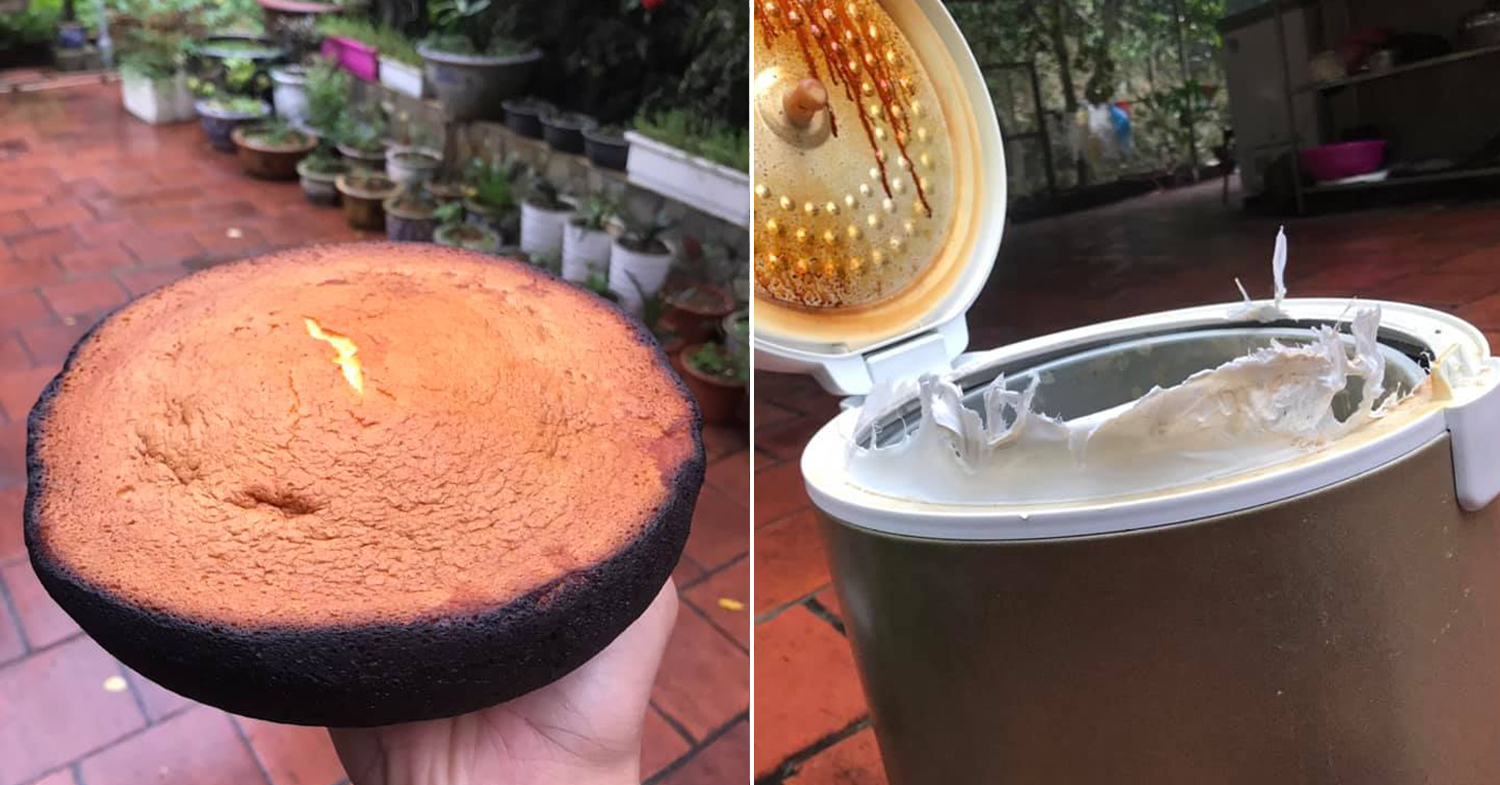 Image adapted from: My Tra Tran

“Now I have no way to cook rice for dinner,” My Tra Tran wrote, sharing a photo of her burnt cake and destroyed rice cooker.

On the other hand, a man who goes by the name Đức Điệp learned the hard way that chicken and purple sweet potatoes don’t quite go together in a stew.

At least he was pretty whimsical about it, drawing a comparison between his strangely purple chicken stew and Randall Boggs, a character from the Pixar animated movie Monsters, Inc. We’ve got to hand it to him, as the resemblance is indeed uncanny. 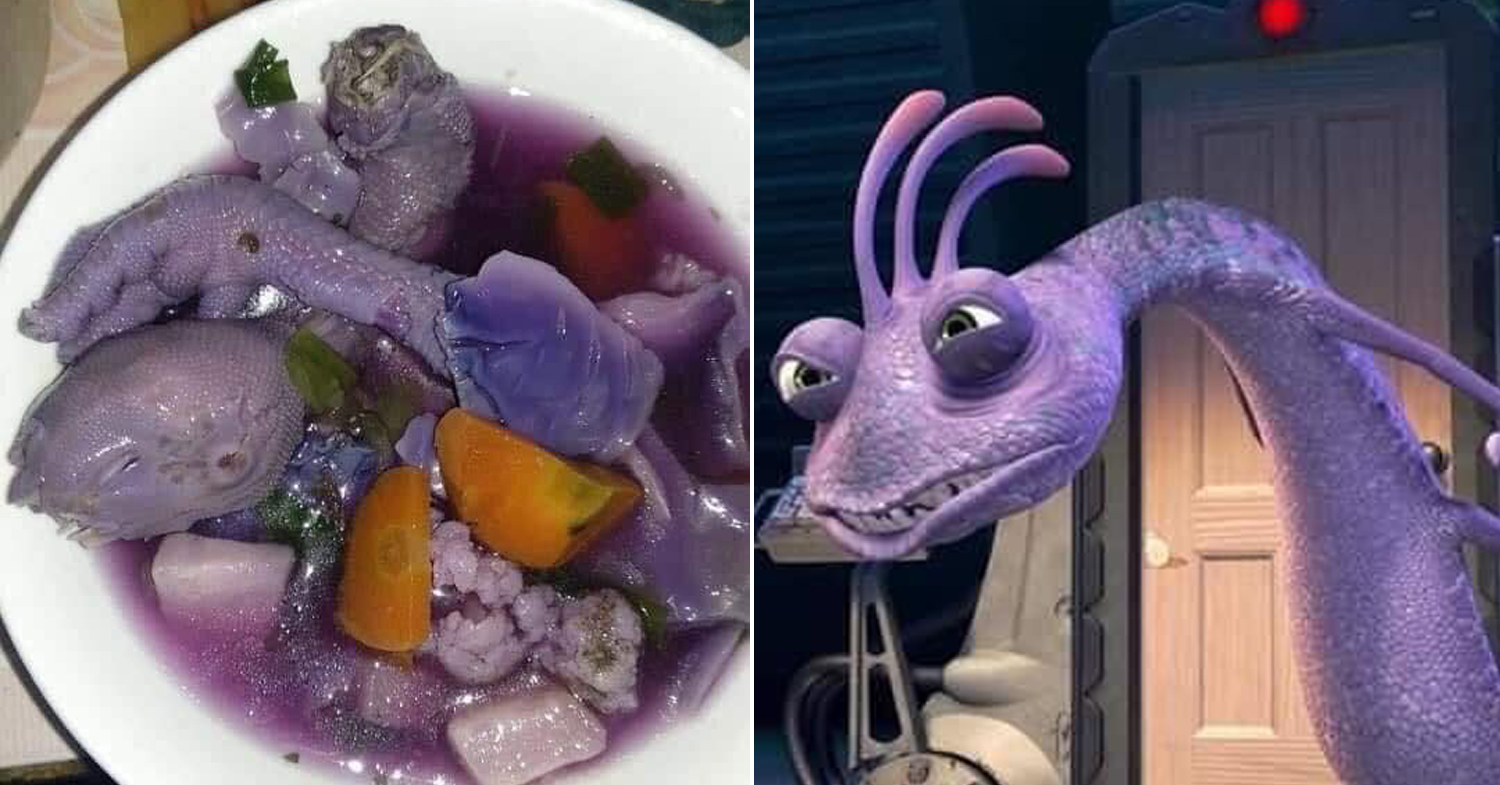 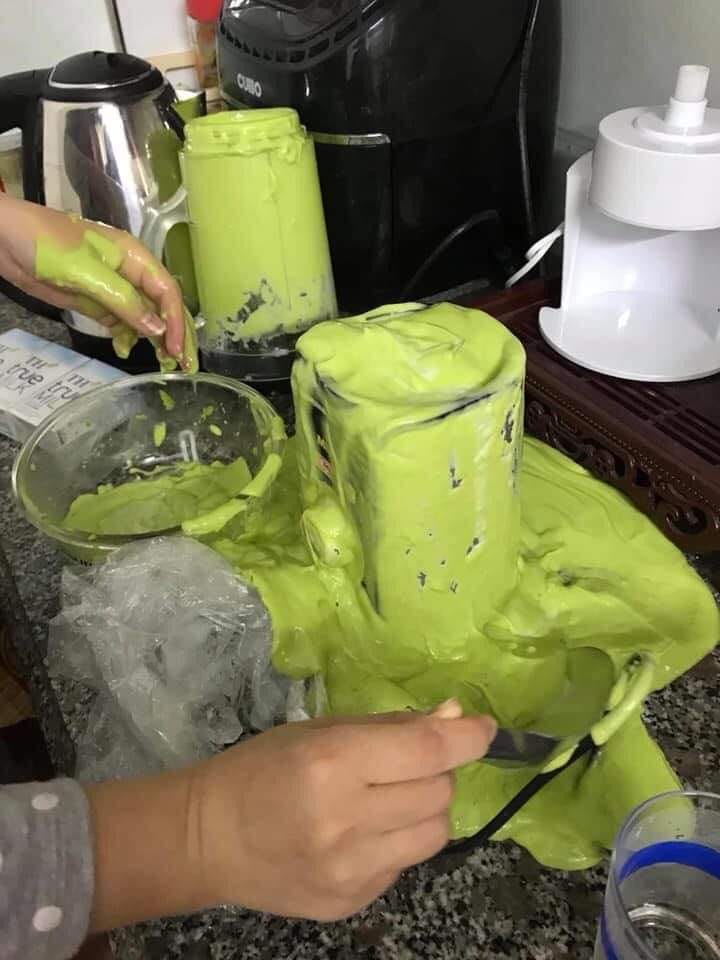 But nothing tops this hilarious attempt to make blood sausage: 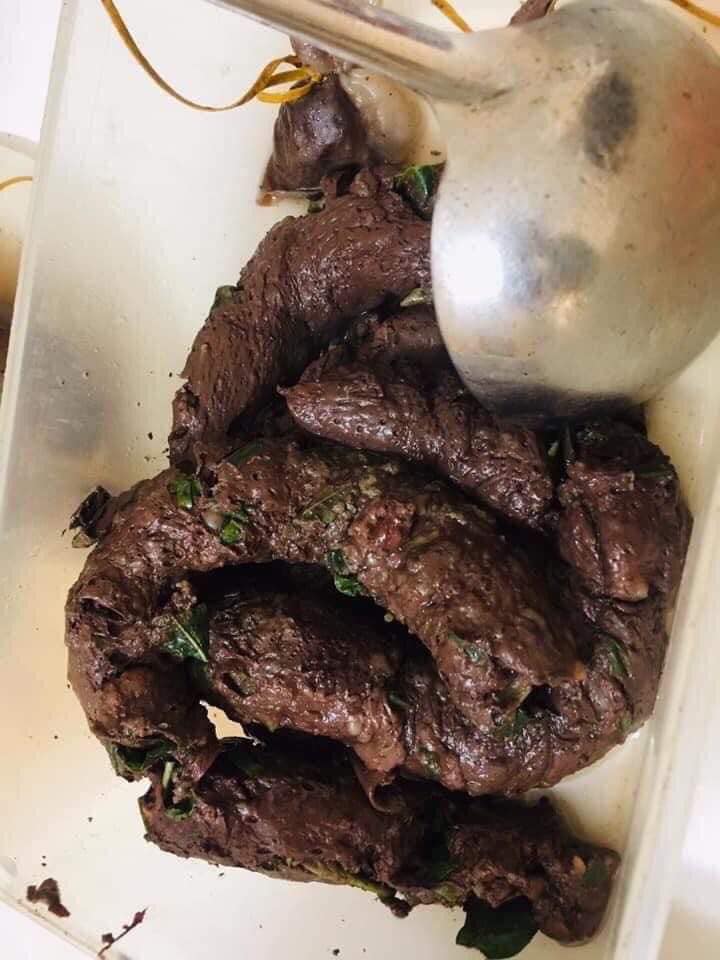 Phạm Đình Hoàng, the artist behind this masterpiece, claims that it actually tastes fine despite how it looks like something that comes out of the human body, not in. But let’s just take his word for it.

One does not simply become a master chef overnight. Every success requires practice, and it is good to see that these rookie cooks are at least getting a good laugh out of their failed attempts.

With a forum to discuss and share their experiences, perhaps now people will be more willing to try out new cooking formulas, knowing that if nothing else, they’ll at least have a funny story to share with others. Such positivity is much-needed during these tough times.

For more funny stories, check out: 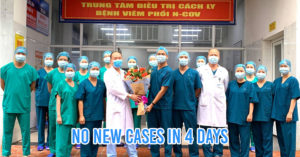 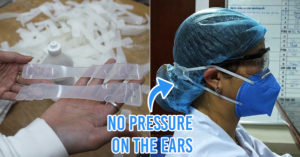