After so long spent under Covid-19 lockdown, it’s safe to say that the vast majority of us are eager for the day when things return to a semblance of normalcy again.

But there seem to be a part of the population that’s grown accustomed to working from home, or being off of work altogether, that they appear to develop anxiety at the prospect of returning to the office.

Perhaps that was what drove this man to take such drastic measures as to edit his negative Covid-19 test result into a positive one to send to his company in hope of getting a few extra days off.

Unfortunately, the man didn’t seem to realize the magnitude of his action, and was later met with a heavy fine. Here’s how the story plays out. 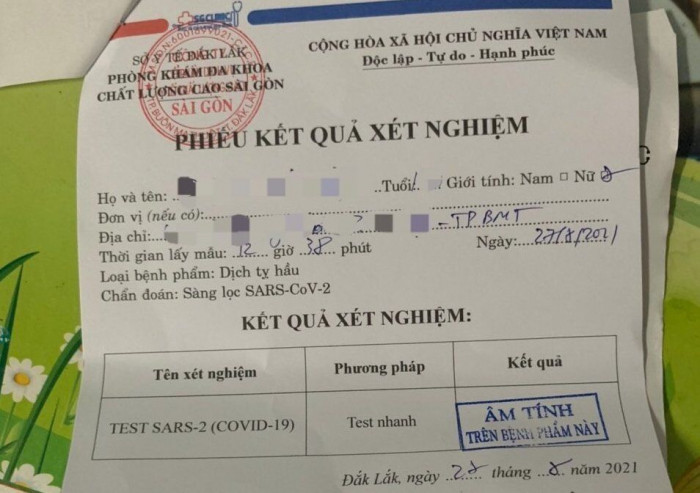 On 19th September, Công An Nhân Dân reported that a 41-year-old man from Đắk Nông Province had been fined by the police on account of spreading misinformation.

On 21st August, the man went to a hospital to get a Covid-19 test, which yielded a negative result.

However, as he didn’t want to return to work at his company, he edited the test result into positive. He then sent the fake result to his company, and several of his family members, via private messages on social media.

The man simply wanted to get some extra days off. Alas, he failed to anticipate a twist that would prove to be his undoing.

He got a heavy fine for his action A man getting tested for Covid-19
(Photo for illustrative purposes only)
Image credit: Tuổi Trẻ

After receiving the man’s positive test result, his sister, presumably worried about his health, noticed the local health authorities.

They immediately came to test him again, which unsurprisingly showed a negative result. They also double-checked with the hospital that conducted the man’s original test and confirmed that he was never positive for the virus.

Perhaps the man thought his action harmless, as he only shared his fake result in private messages. However, he failed to understand the magnitude of his action.

Any information regarding Covid-19 is taken very seriously in Vietnam, and there have been many cases where fake news announcers are punished. Let’s hope he’s learned a lesson this time.

Cover image adapted from Tuổi Trẻ and Công An Nhân Dân, for illustrative purposes only 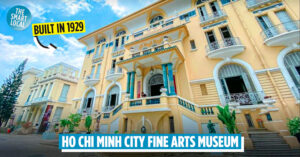