From collecting stamps to growing rare plants, not all hobbies are similar. Some are relaxing, while others can be challenging and invites misunderstanding.

Pham Quang Hieu, a 22-year-old university student from Dong Nai, has been collecting bones of dead pets for the past 12 months as a hobby.

Here’s what he has been doing with his unique collections.

He honors dead pets by making art out of their bones 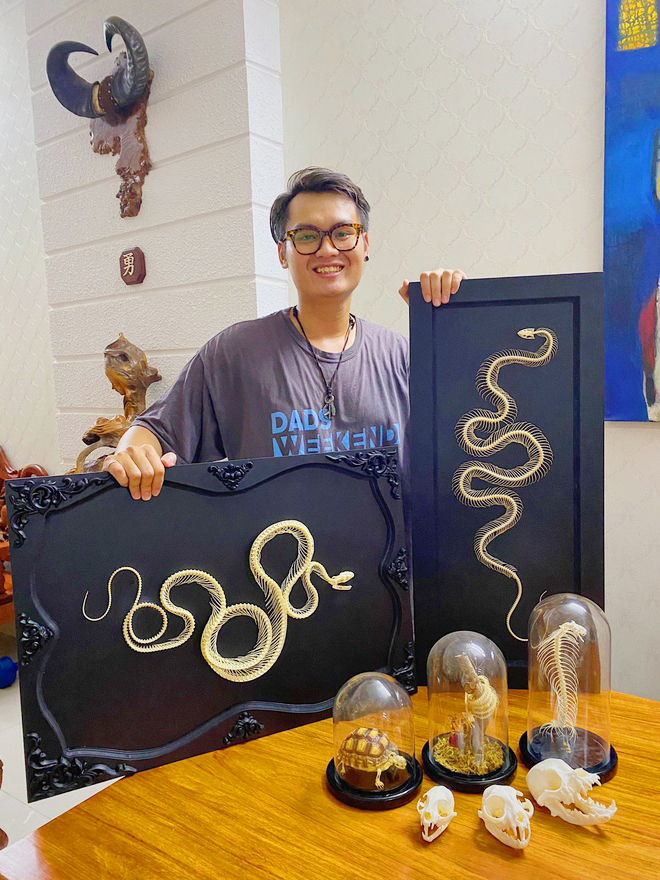 Hieu grew interested in raising reptiles 10 years ago, according to Dan Tri.

After witnessing the death of his anaconda pet, he started wondering if he should keep his pet’s remains to honor it. That was when Hieu started seeking instructions on how to keep pets’ remains and create art specimens from their bones.

There is no alternative to learning how to put together bone specimens other than practicing on the real ones. To do so, he had to buy materials – which are the remains of dead animals.

“I often pick the remains of reptile pets, such as anacondas, snakes, Bearded dragons, and green iguanas. The best bones for specimens are from the newly deceased animals. The bones that are already decomposing and easily broken cannot be used for the preparation.” Hieu said.

Obtaining animal remains is a daunting task, because Hieu has to wait for them to die before he can buy them.

“Animal carcasses are not always available,” he explained.

In July 2020, Hieu worked on his first biological specimen. Just like every beginner, he made many errors and was devastated to see bones deformed under his hands.

There are 5 steps to assembling an animal specimen 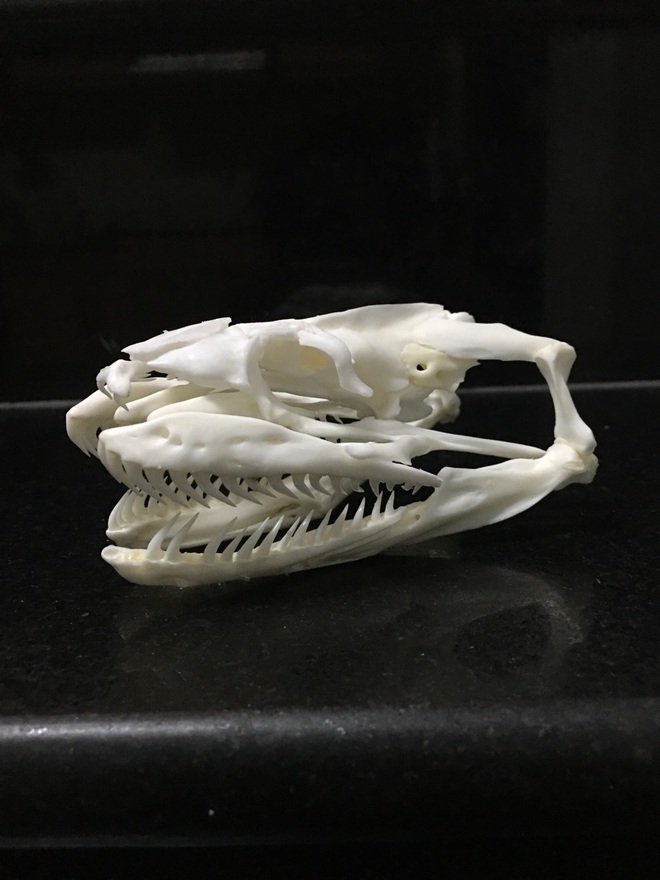 According to Hieu, his specimen preparation includes 5 steps.

To begin with, he skins the animal, and then removes its flesh from the bones.

After that, he soaks its bones in chemicals to dissolve the soft tissue and remove the remaining flesh thoroughly.

In the following step, he assembles the bones, which can take up to 10 working hours. 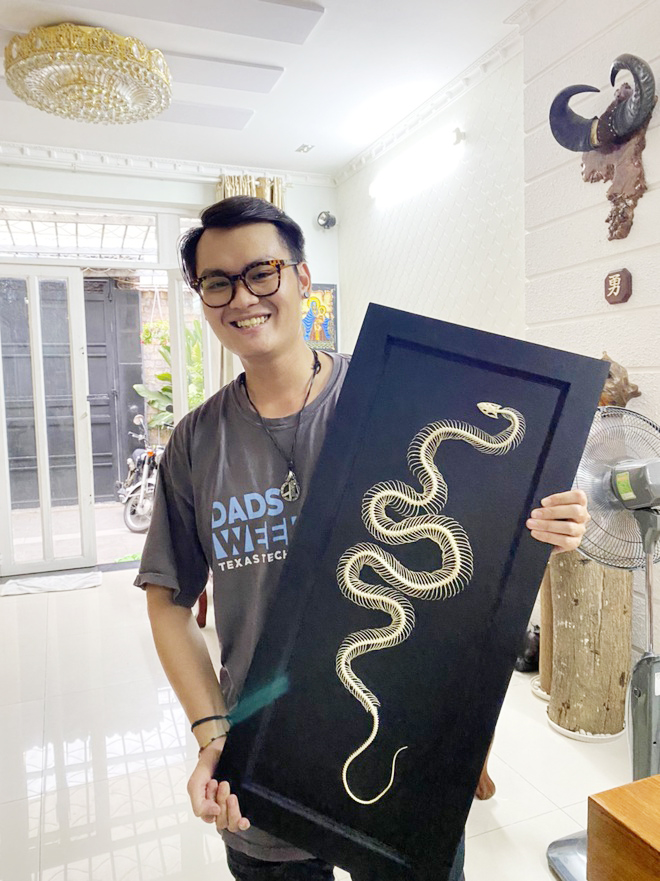 Once the work is complete, he frames the specimen or puts it into a jar for preservation.

“The smell coming from the animal when I first cut into it is not easy to tolerate. Besides, direct contact with chemicals during the process is pretty dangerous. For these reasons, I think that not many people can pursue this hobby. On top of that, assembling the bones in the most aesthetically pleasing way is also a big challenge.” Tuan shared the difficulties he must endure when pursuing his passion.

After show the specimens to his friends, Hieu realized that there’s a market, though small, for his unique masterpieces. He started advertising his specimens for sale, and has raked in around VND20,000,000 (~USD869.09).

Hobbies and interests can bring us joy and help us cultivate valuable skills. On top of that, they also enable us to spend leisure time more productively.

Even though Hieu’s hobby is not ordinary, it certainly has given him a sense of purpose and, until recently, profits.

We wish Hieu all the best in pursuing his hobby. 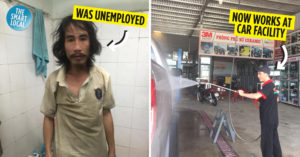 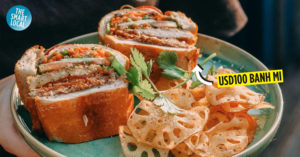