Architect recreates massive replica of Hue Citadel for his mom

There are various things we can do for our mom daily to make them feel appreciated, from bringing them out to dinners to cooking them meals.

For the son in the story who happens to be an architect, the gift he offered his mother took him 7 years to complete.

Here’s how his efforts to give his elderly mom a taste of home, resulted in a masterpiece that has gone viral several times on the Internet. 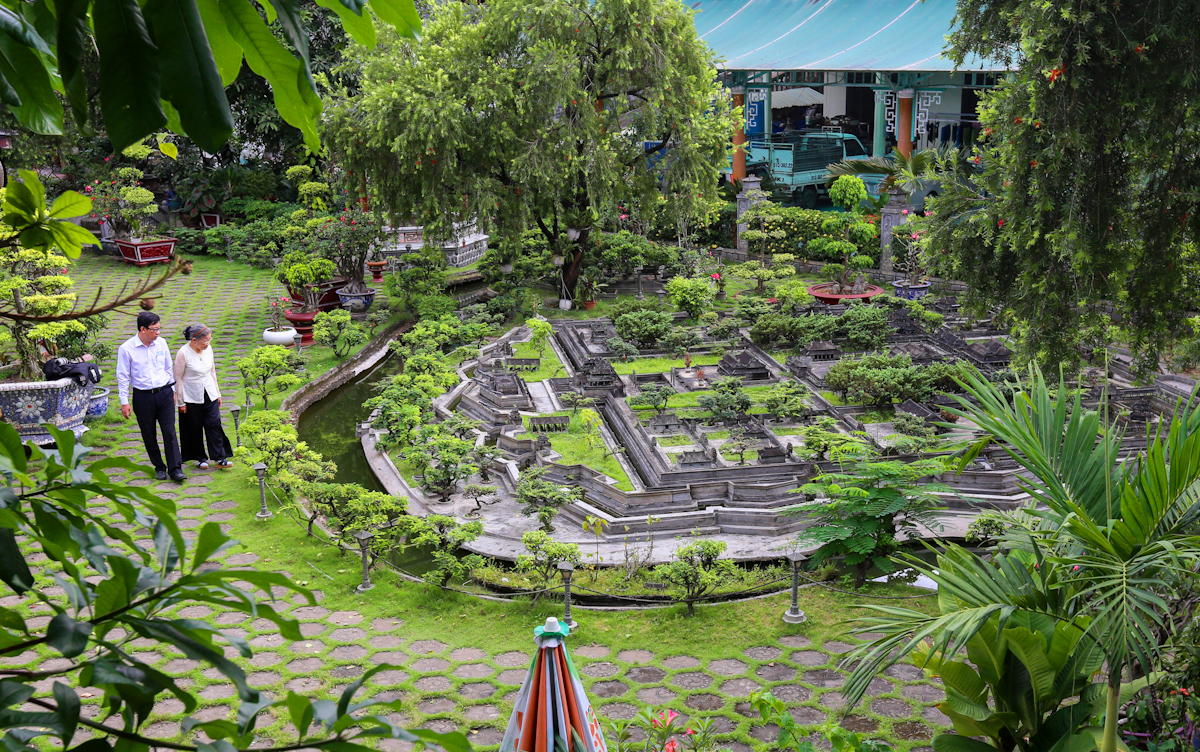 Following his parents from Hue to Saigon at the age of 10, Nguyen Thanh Tung grew up to be a renowned architect in his 40s.

Despite nearly half a decade living in Saigon, his parents’ nostalgia for their hometown in Hue never faded.

“My mom once expressed her concern that she wouldn’t be able to return to Hue as she advanced in years. That’s why I was determined to bring Hue into our home so my parents can look at their hometown every day,” Tung shared with VNExpress. 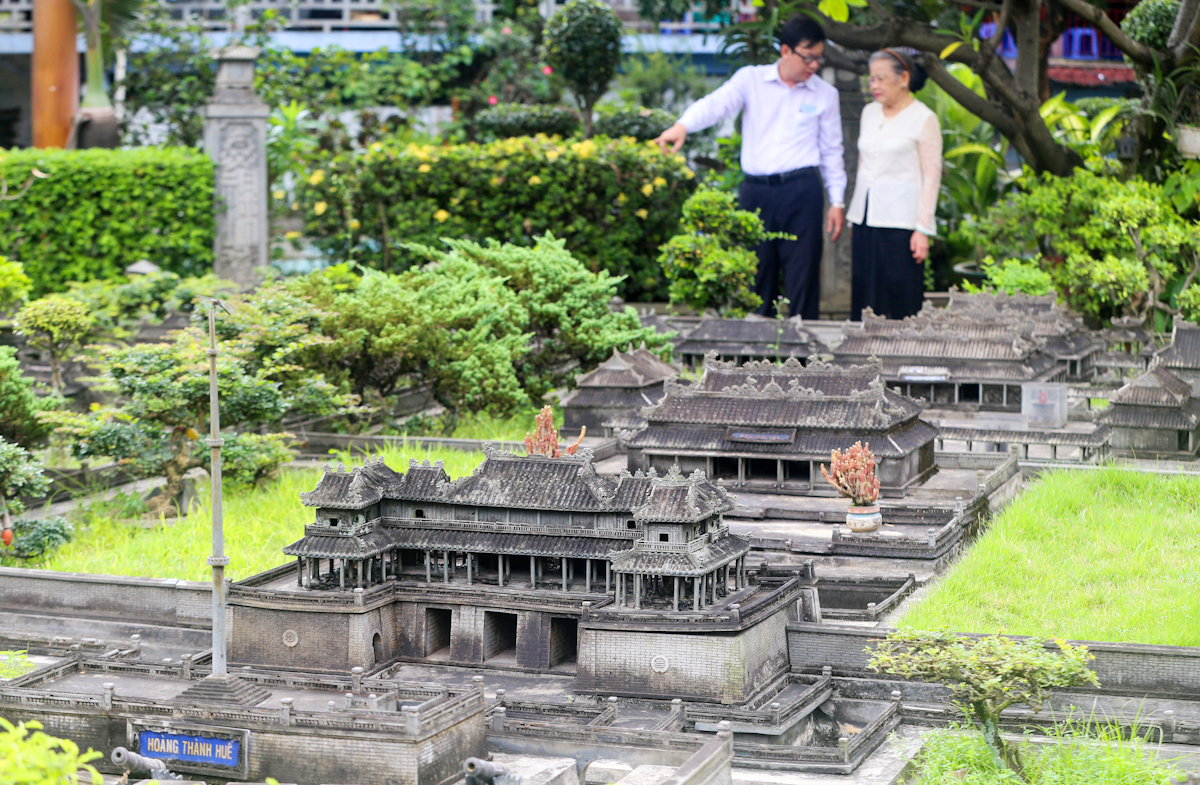 He started his project in 2000 and paid many visits to Hue for his research.

To add more authenticity to his work, he met with Hue historians and artisans to ask for their opinions. Heeding their advice, he built his model using stones imported from Buu Long, Bien Hoa.

He took 7 years to build the model of Hue Citadel 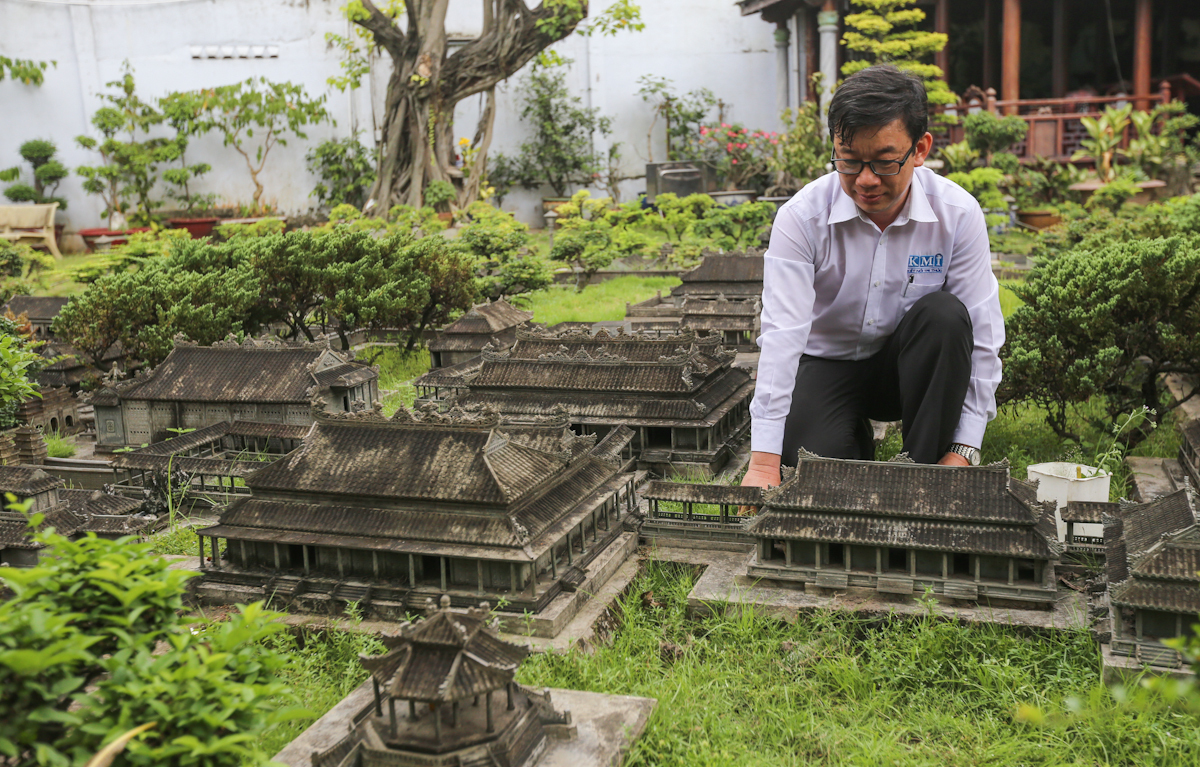 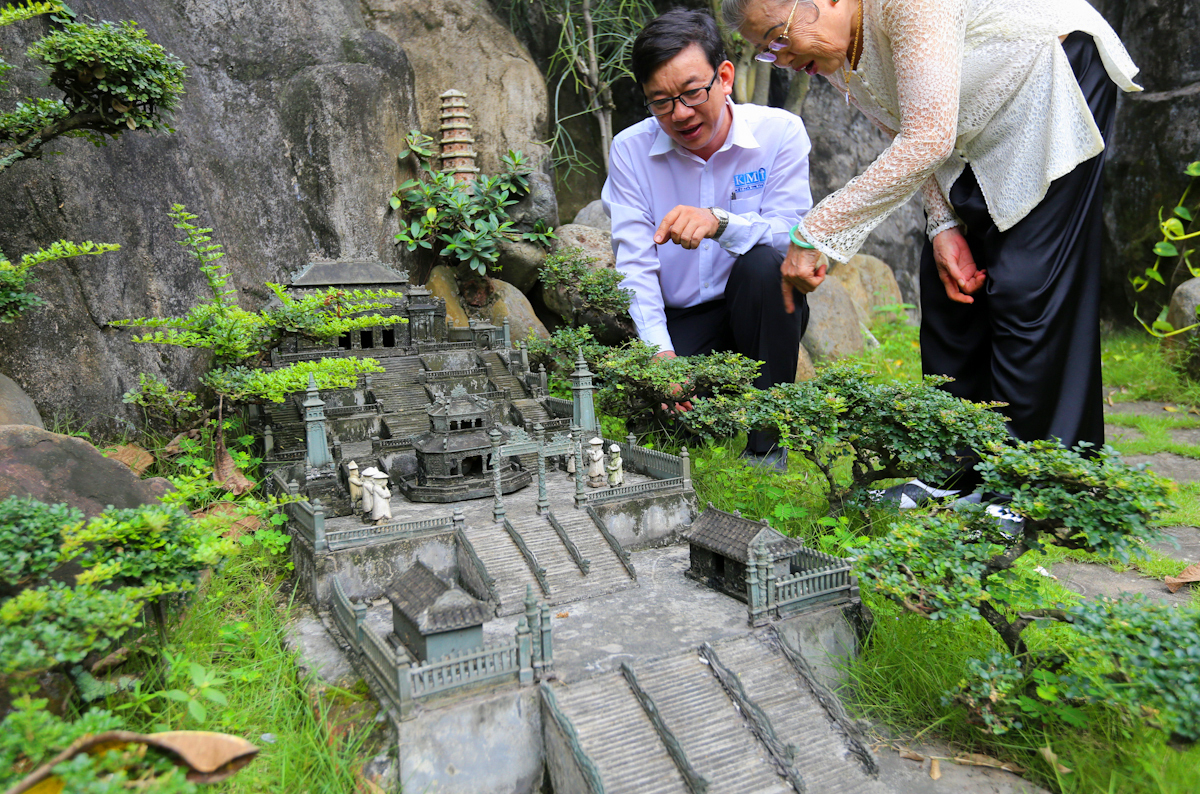 As for the gigantic Emperor Khai Dinh’s mausoleum area of the citadel, the model was designed in a perfect ratio, and also reflected the accurate dimensions to scale.

What’s special about this miniature model is that it encompasses the majestic architecture of the Forbidden City such as Co Ha Garden, Kien Trung Palace, and Can Chanh Palace – places which were destroyed during the Vietnam War. 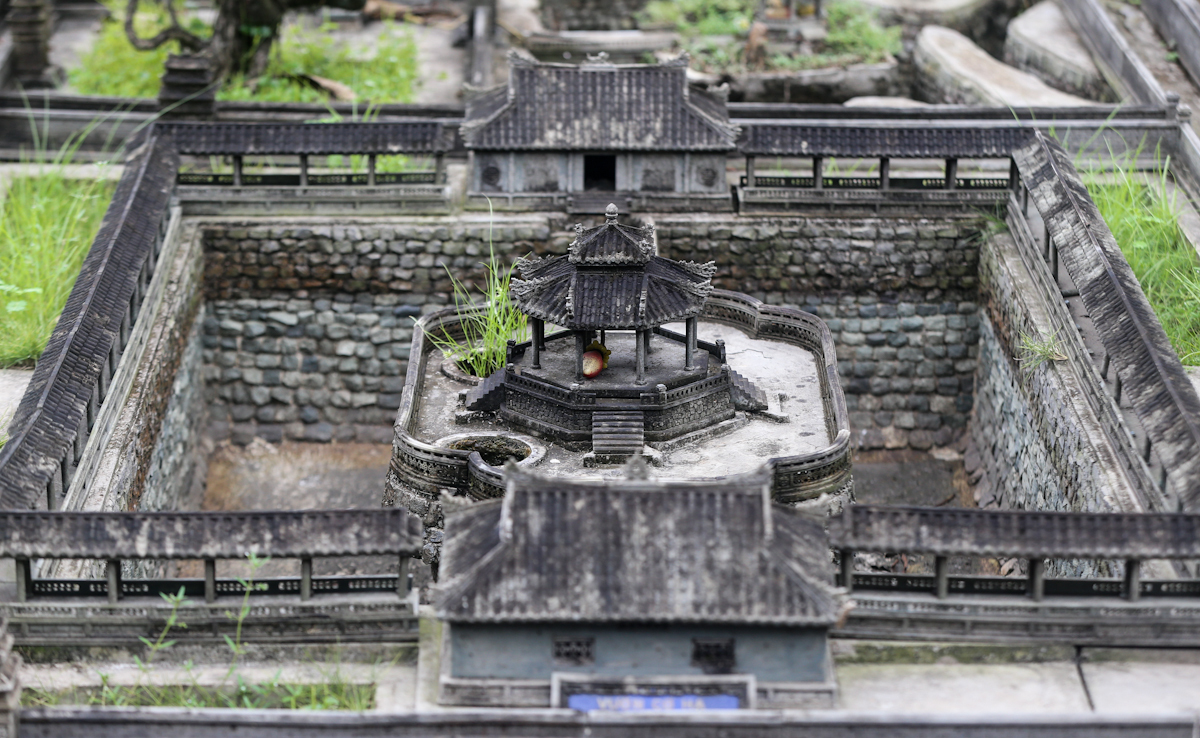 This thoughtful recreation enables visitors to get the full picture of Hue’s Forbidden City in its former glory. 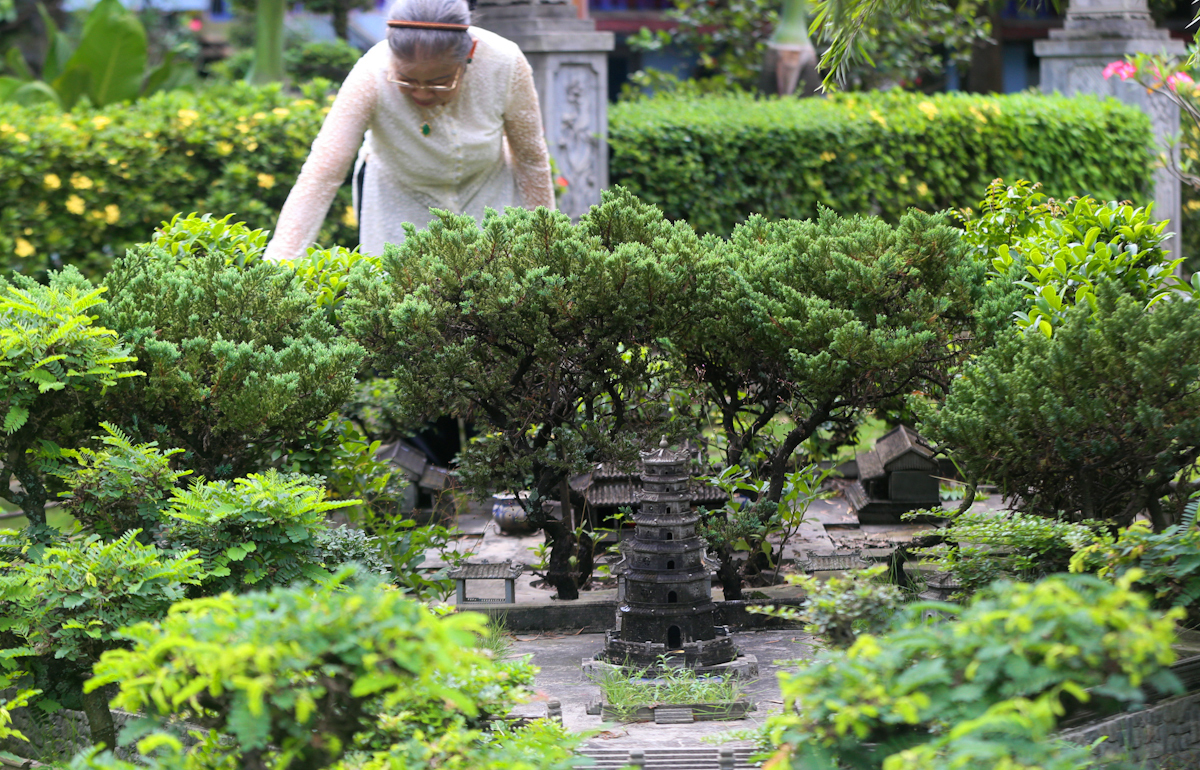 “I didn’t think he could do it at first. After the model’s completion, I felt so happy waking up to seeing Hue every day. I look at the model every day,” shared Tung’s mother.

We’re definitely impressed by this incredible feat, and netizens are as well.

Netizens react to viral garden replica over the years

While the model was completed in 2007, it was not until 2017 that it was featured on VNExpress and garnered tremendous attention. 4 years later from the feature, Tung’s story is still being shared on social media.

In the comment sections, many netizens still express their admiration for Tung’s love for his mom and his talents.

“The architect’s soul and work are both beautiful.” Facebook user YC Nghệ Quảng commented on the story on Facebook group Vietnam Prosperity & Development.

Facebook user Thai Binh Tran expressed his admiration for architect Tung in the OFFB group, “He knows his roots, owns a big heart, and has gratitude for his parents.”

Son recreates Hue Citadel to bring joy to his mom

Incredibly beautiful and extremely difficult to execute, Tung’s gift for his mom proves that love can conquer all obstacles.

His story also shows that no matter how old we are, it’s never too late to show our appreciation for our parents – especially through passion projects that take years to complete.

From taking them out to dinners or building them kingdoms in our backyards, we can celebrate our love for our loved ones in our own unique ways. 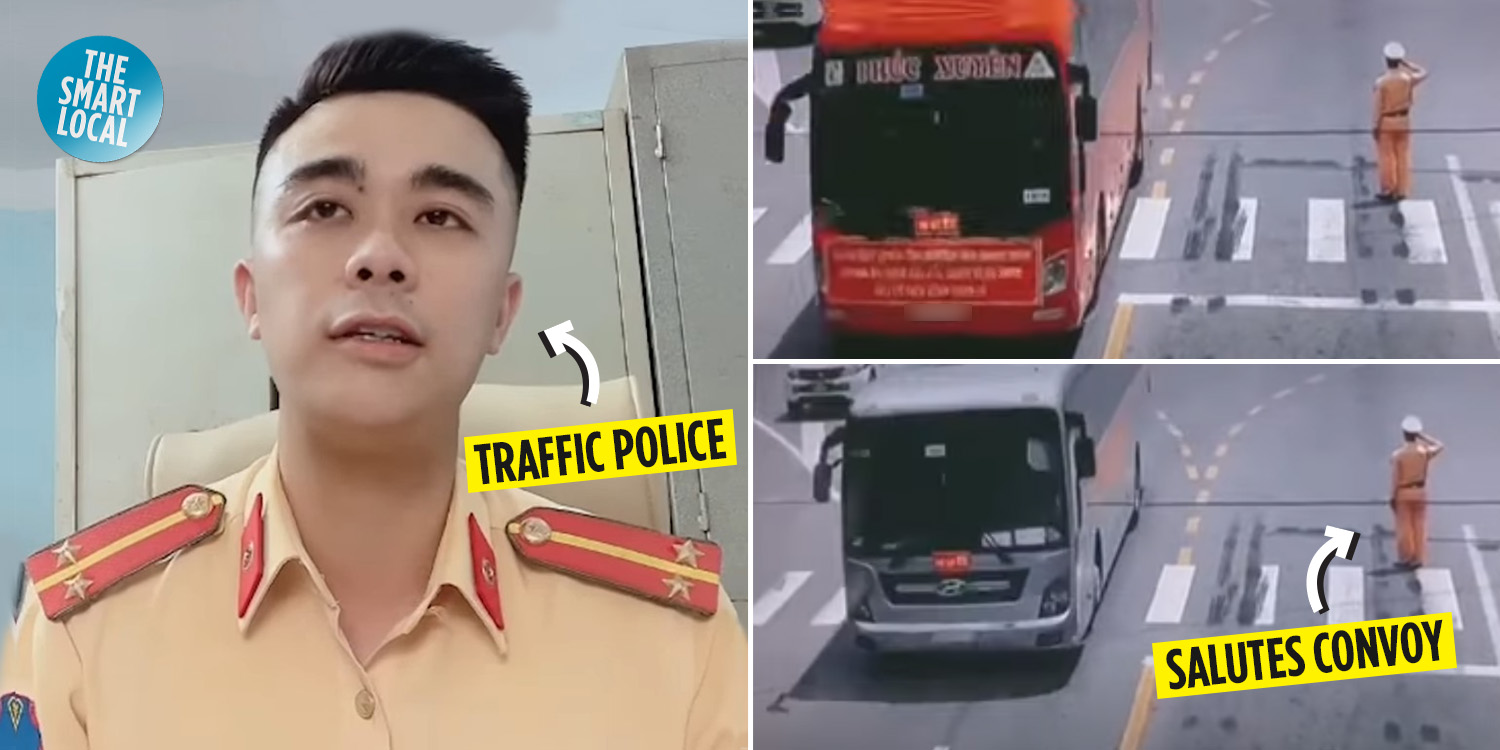 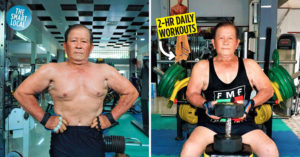