Rider wraps cat around his neck for a bike ride

We Vietnamese have a common saying that goes, “fashion above weather.” Often, it’s used to refer to someone who wears cool clothing during winter, enduring the cold for style points. However, the opposite – wearing warm clothing in summer – is less common. After all, the intense heat would prove too much for anyone to handle.

It is understandable, then, that this motorbike rider was puzzled when he spotted a stranger wearing a scarf on the streets of Hanoi in the middle of summer.

As it turned out, what he thought was a scarf at first, was just a cat perched atop its owner’s neck.

A bizarre fashion choice until the “scarf” turned around 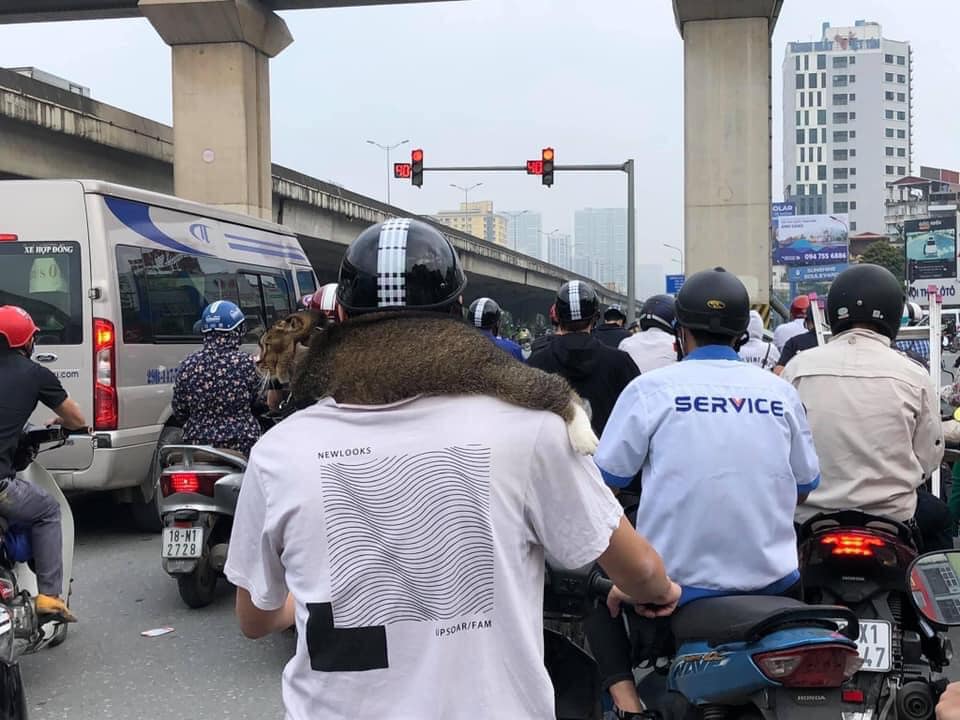 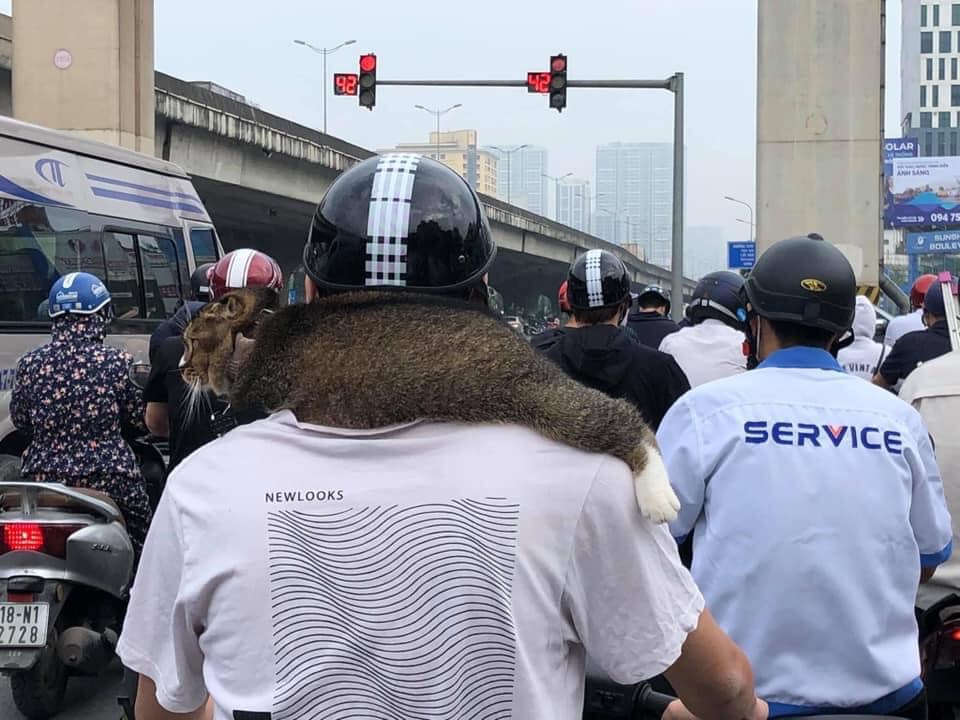 According to the original poster (OP), as he stopped at a red light on his way to work, he spotted a stranger clad in a T-shirt and shorts. Bizarrely, a scarf was draped around his neck. 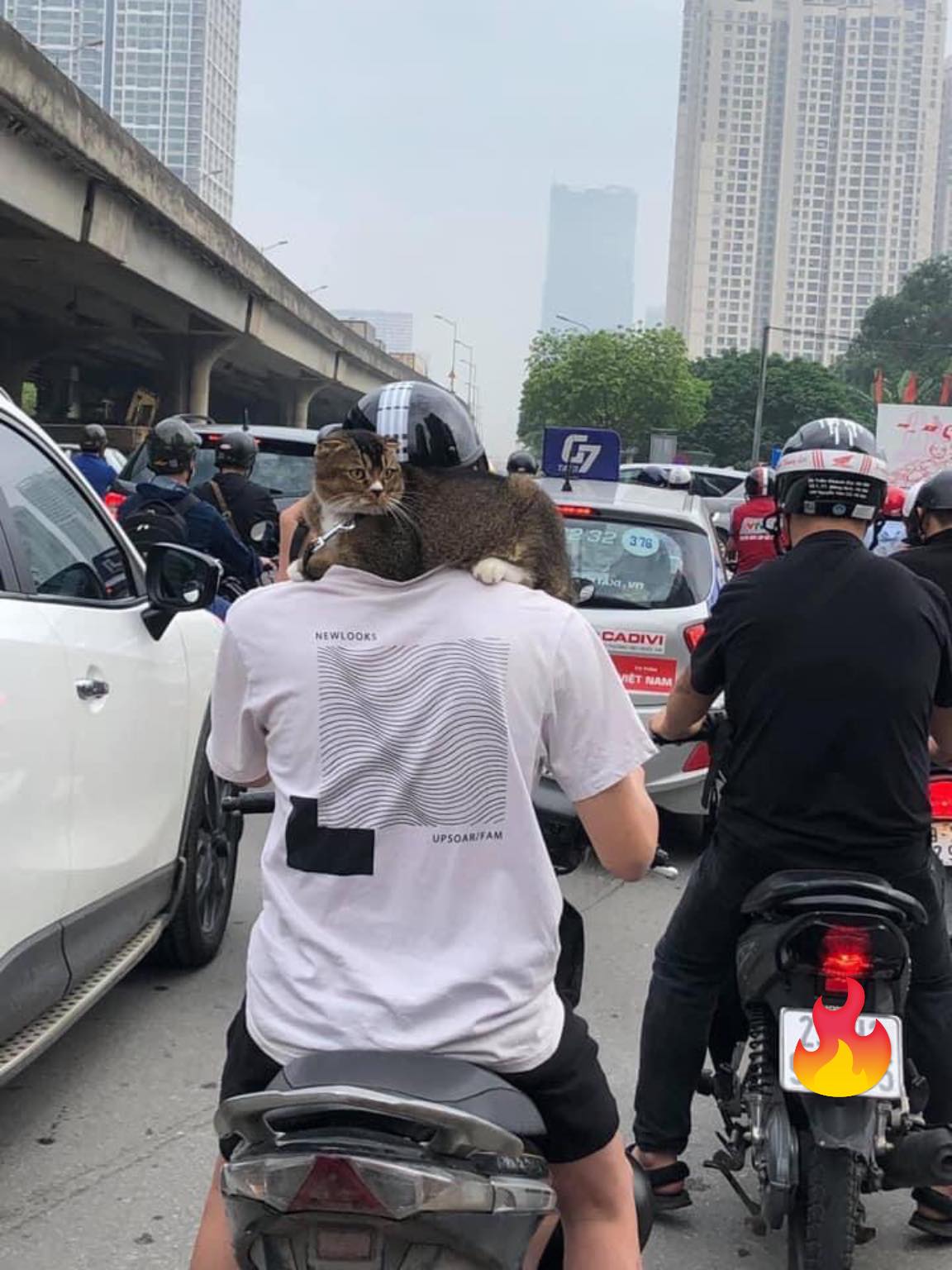 “I was thinking to myself, ‘What the hell kind of fashion is this?’ when the “scarf” turned around and looked at me,” he wrote.

It was only then that he realized the “scarf” was a cat lying on its owner’s shoulders.

The cute incident prompted thousands of netizens to flock to the comments section to share their own adorable animal pictures. Posting a picture of his furkid lying across his chest, Facebook user Đạt Đỗ said, “My ‘scarf’ tried to suffocate me once.” 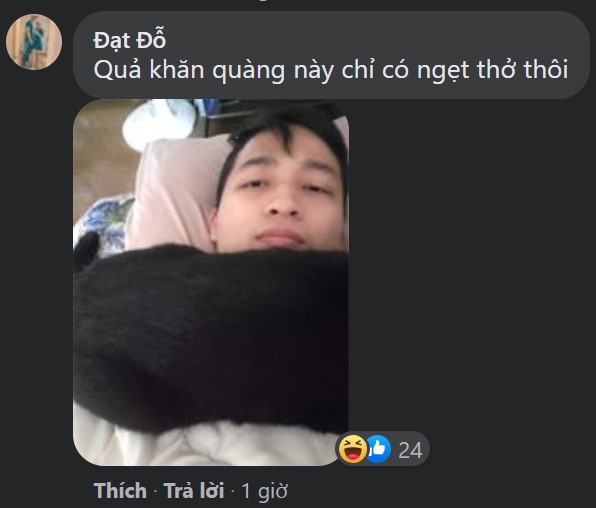 Meanwhile, netizen Trần Ngọc Sơn has apparently come across a more bizarre ‘scarf’ on his travels. He posted a picture taken while he was behind a ride-hailing driver who was carrying a living python on his shoulders. 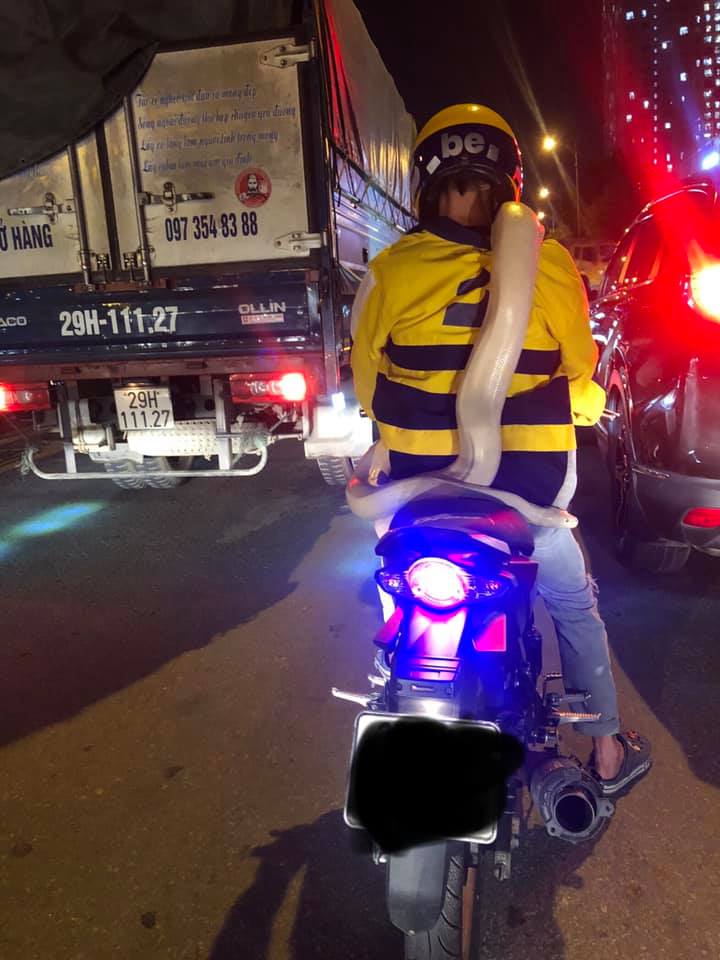 Having a cat backpack is safer when taking cats out

The cat in the story looks well-trained, and it’s safe to assume that the owner has done this on many occasions.

However, if you do plan on taking your cat out for a ride on your motorbike, we highly recommend using a cat backpack. No matter how well-behaved a cat is, loud noises on the streets can startle it, which could be dangerous for the cat, yourself, and other commuters.

The adorable encounter early in the morning no doubt served to brighten Mr Phúc Nguyễn Văn’s day a little. Even we can’t help but feel warmth in our hearts just by looking at the pictures.

But at the end of the day, do remember to stay safe on the roads. 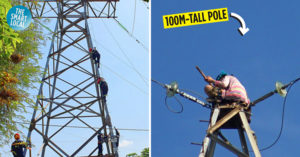 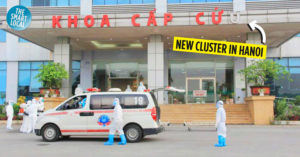