Telling the life of Puyi, the final Qing dynasty ruler growing up in constant political unrest, The Last Emperor is one of the greatest movies ever made about China’s history.

In this feature, we’d like to bring you the story of a Vietnamese emperor whose life may remind many of you of Puyi’s. Growing up in the early 20th century when his country was torn between foreign forces and soaked with Western influence, this Vietnamese monarch was also the last ruler of a dynasty and stepped down from the throne amid national revolutions.

This is a story about Bảo Đại – the last ruler of the Nguyễn Dynasty.

The information in this article is drawn from Bảo Đại’s memoir Con Rồng Việt Nam (Dragon of Việt Nam) published in 1980. 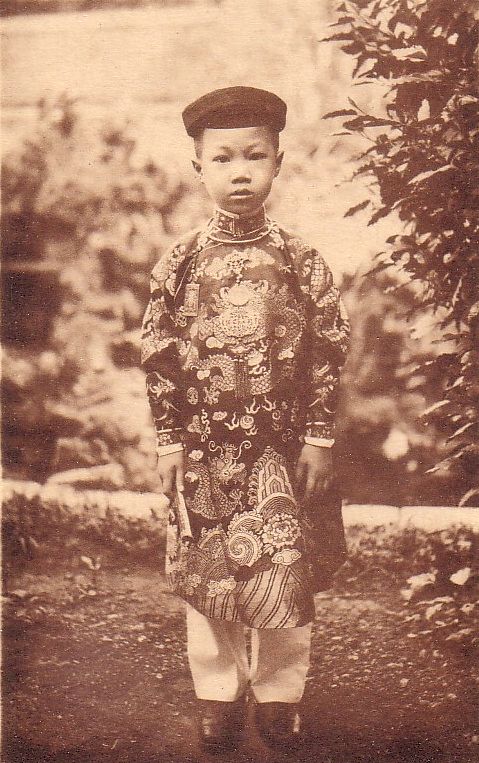 Born on 22nd October in 1913 in Huế’s Imperial City, Nguyễn Phúc Vĩnh Thụy was the only son of Emperor Khải Định and Lady Hoàng Thị Cúc, a palace maid. His household nickname was mệ Vững. 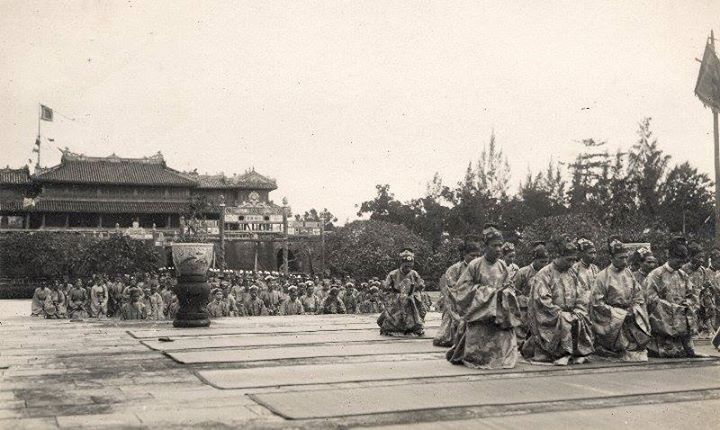 At age 9, he was made the crown prince of An Nam and given An Định Palace, a splendid French-style estate on the bank of An Cựu River and east of the Forbidden City. 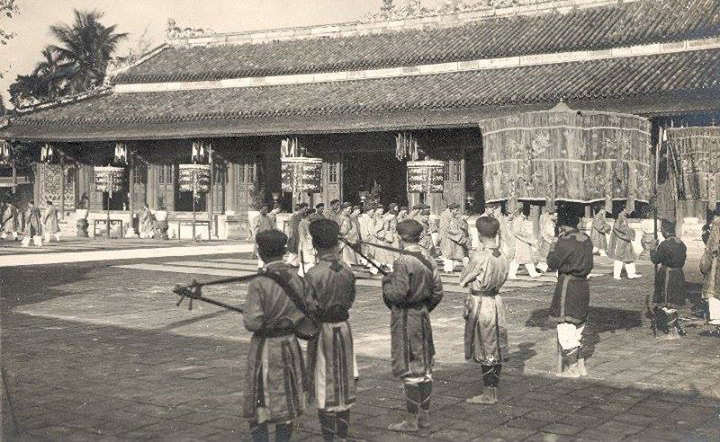 His appointment as the crown prince of the country had been approved by both the French colonial government and the protectorate governments. According to his memoir, he was also given the right to wear orange, a color reserved for a crown prince. 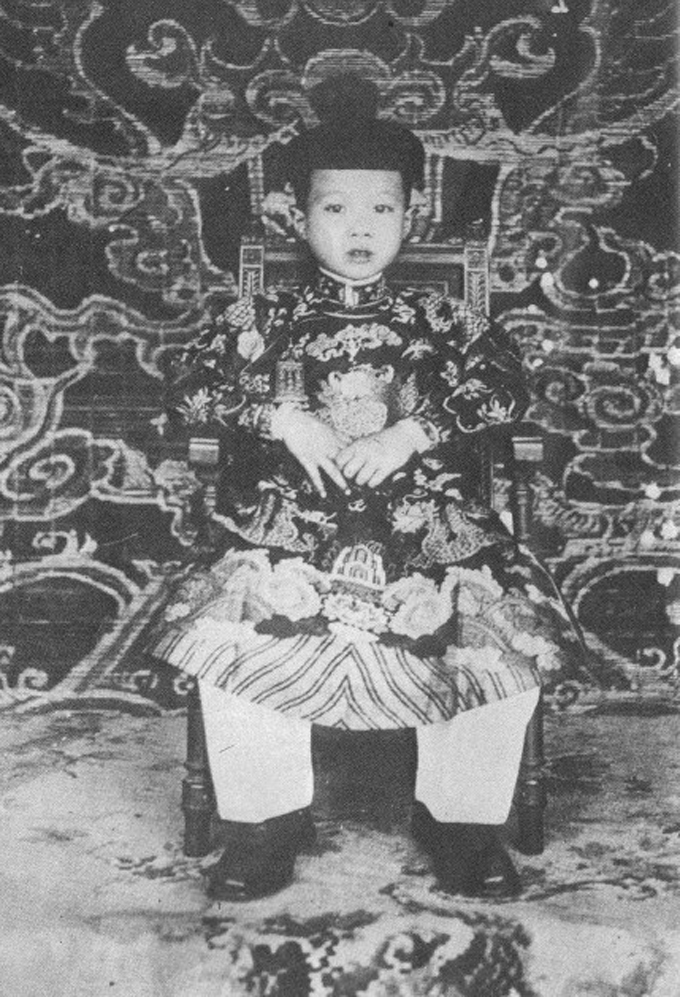 Growing up during the French colonial era, Vĩnh Thụy enjoyed a French education alongside an old-school Vietnamese education and Confucian teachings.

As a child, he loved nature and often wandered in his palace garden after taking a noon nap.

“That garden is fenced by towering walls,” he wrote in his memoir. “In spring, poinciana, pomegranate, cherry blossoms, and pear blossoms are in glorious bloom.”

When he was not studying, he would fish at a lotus pond in his garden. 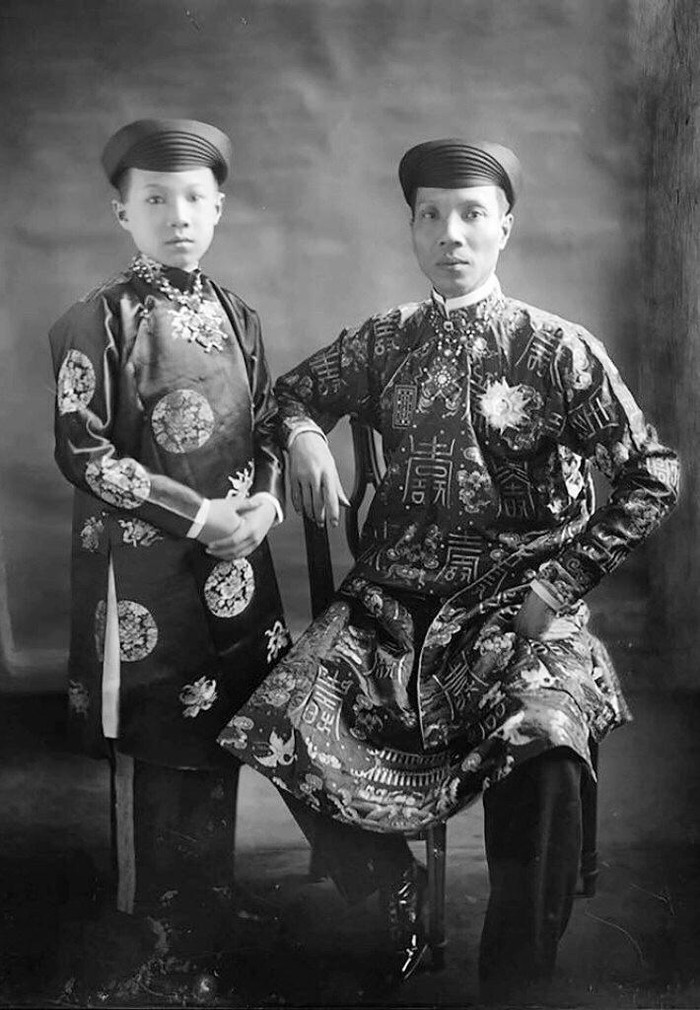 Sometimes, his father would visit him to ask about his study progress or watch him revise his homework. Even though he was the crown prince, Vĩnh Thụy could only dine at the same table with his father once or twice a month.

Despite living a high life in a grandiose palace, the young prince was deprived of sports, which was an alien concept in the conservative and rule-bound imperial city.

He once attributed his frail health as a child to a lack of physical activity, saying, “When I was 9 years old, I weighed 20KG.” 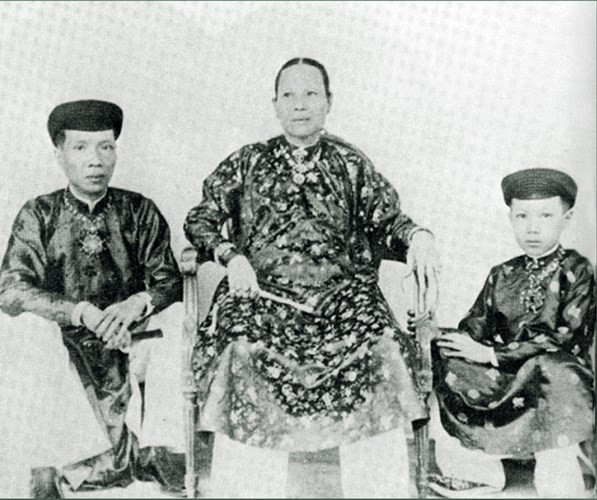 In 1922, he embarked on his first trip to France to tour an exhibition with his father and his cousin. As the giant walls of the imperial city faded behind him, the little prince burst with excitement because this was his first trip outside his kingdom and also his first time riding a train.

From his seat, he beheld with fascination the pristine and tender beauty of rural Vietnam. His pensive eyes followed a leafy tree branching into a river, the wandering gaze of buffalos standing knee-deep in lush rice fields, and the broad white wings of storks soaring over vast beds of reeds. 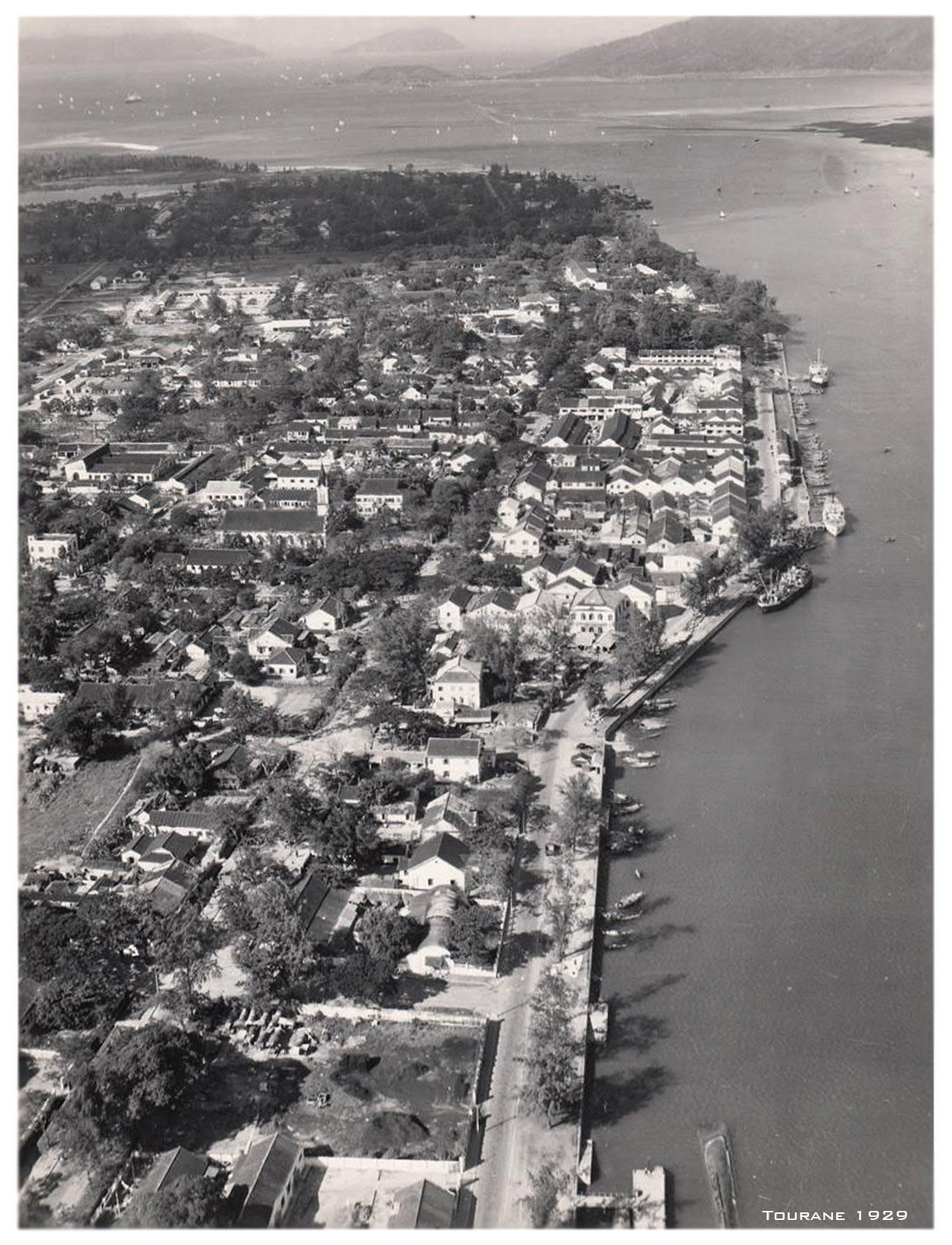 His train sped through the emerald, fearsome mountain passes of Trường Sơn and into pitch-dark, windy tunnels snaking under the grounds before arriving at Danang, also known as Tourane back in the day. From this bustling coastal town, the royal family boarded a 7,000-ton ship named Claude Chappe heading for Saigon. After a day of rest in the city, they boarded the Porthos where he shared a cabin with his cousin Vĩnh Cẩn.

His journey had many stops before he finally arrived in France, allowing him to briefly explore some Asian countries such as Singapore and India. Without a map in his hand, he had no idea which countries he had been traversing but his sharp memory helped him take a mental note of what he saw.

“That was the first time I saw the Malay people,” he shared. “Women in India chew betel like those in Huế.”

While traversing Italy, he witnessed with his own eyes the eruption of the Stromboli volcano mountain, an event he described as “a great wonder because I’d had no idea what a volcano was.” 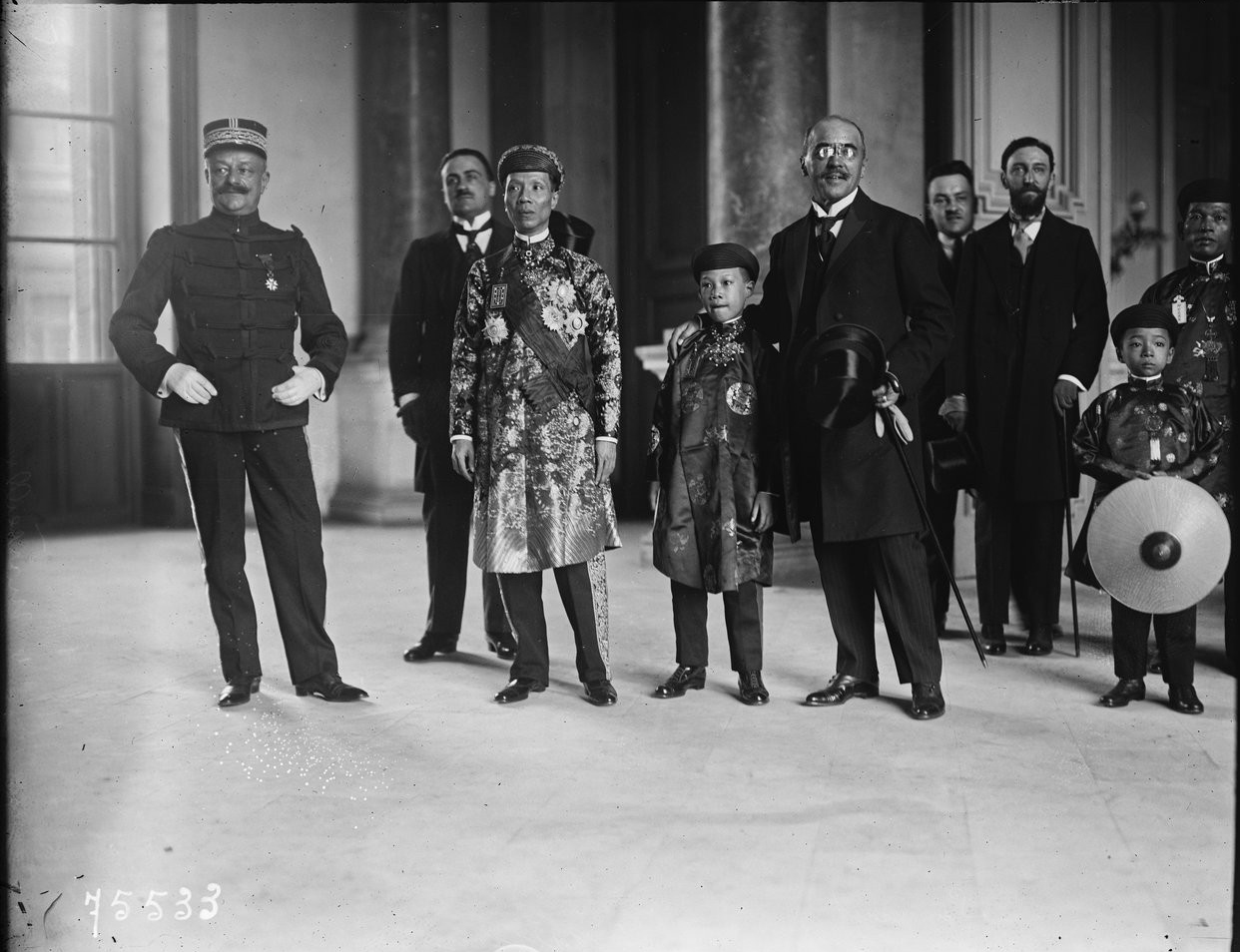 Eager to explore the world after nearly a decade of an isolated life in his kingdom, Vĩnh Thụy didn’t struggle much after flying the nest to start a new life in the West.

He had a joyful, middle-class family life in Paris 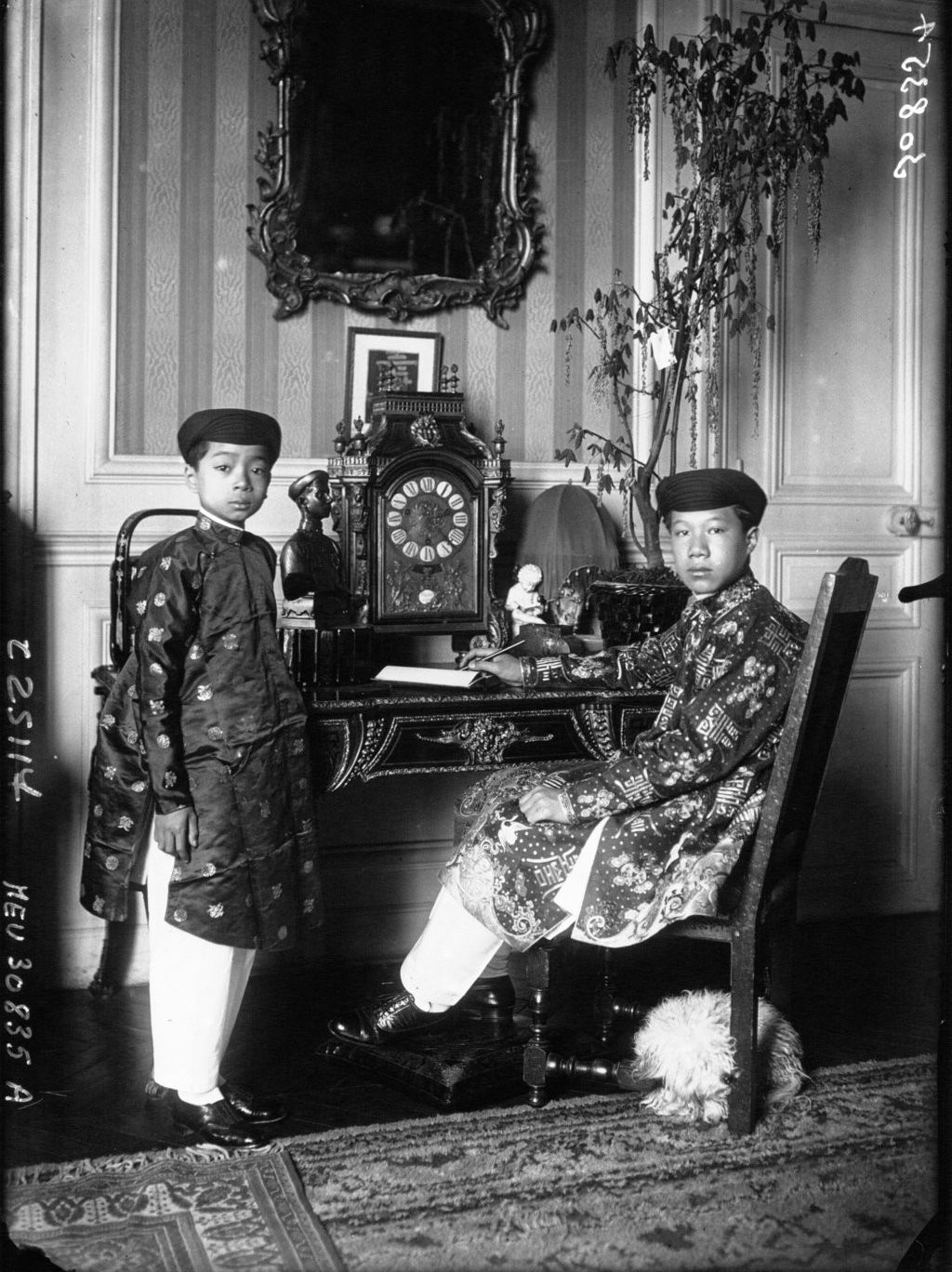 In that same year, he went to school at Lycée Condorcet in Paris.

To groom the little prince for his future role, Emperor Khải Định sent a Vietnamese scholar to escort the prince to France to teach him Vietnamese etiquette and Confucian philosophies.

Jean François Eugène Charles, a former ambassador of An Nam, was also entrusted by Emperor Khải Định to take care of Vĩnh Thụy. During his early years in France, Vĩnh Thụy stayed at the Charles’ household at 95 La Bourdonnais Street, together with his Vietnamese teacher and a Vietnamese servant. 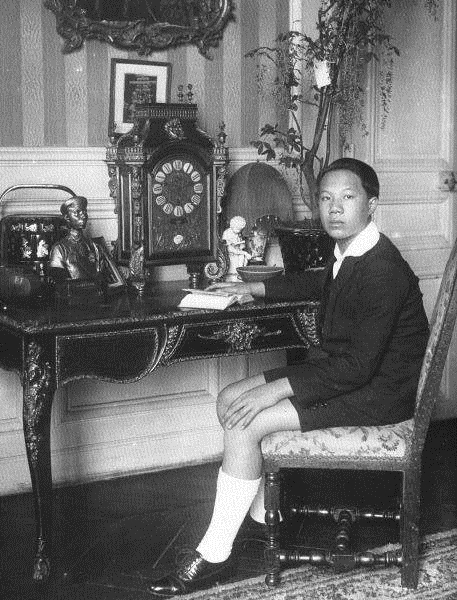 Vĩnh Thụy’s daily schedule, including his studies and recreational activities, was strictly monitored by Charles. To motivate the prince to study harder, Charles arranged for Vĩnh Thụy to join regular group study sessions with some Vietnamese students.

In Vĩnh Thụy’s eyes, the Charles’ residence was a compact and cosy middle-class abode, but it was there that he found a family of his own. They took him to Champ de Mars Park on the weekends where he had his first merry-go-round rides and watched magic shows. They also took him around France for holiday and gave him his first Christmas present – a toy train.

Two years later, he returned to Huế to attend his father’s fortieth birthday. His family, especially his father, were greatly pleased to hear him talk with excitement about his studies and new experiences in France.

After the event, Vĩnh Thụy returned to France to enter grade 8 at Hattemer, a private school in Paris.

On 6th November 1925, Emperor Khải Định passed away and Vĩnh Thụy was to return for his father’s funeral.

When he arrived in Huế, commoners filled the streets to celebrate his monumental return.

He became an emperor and lived overseas 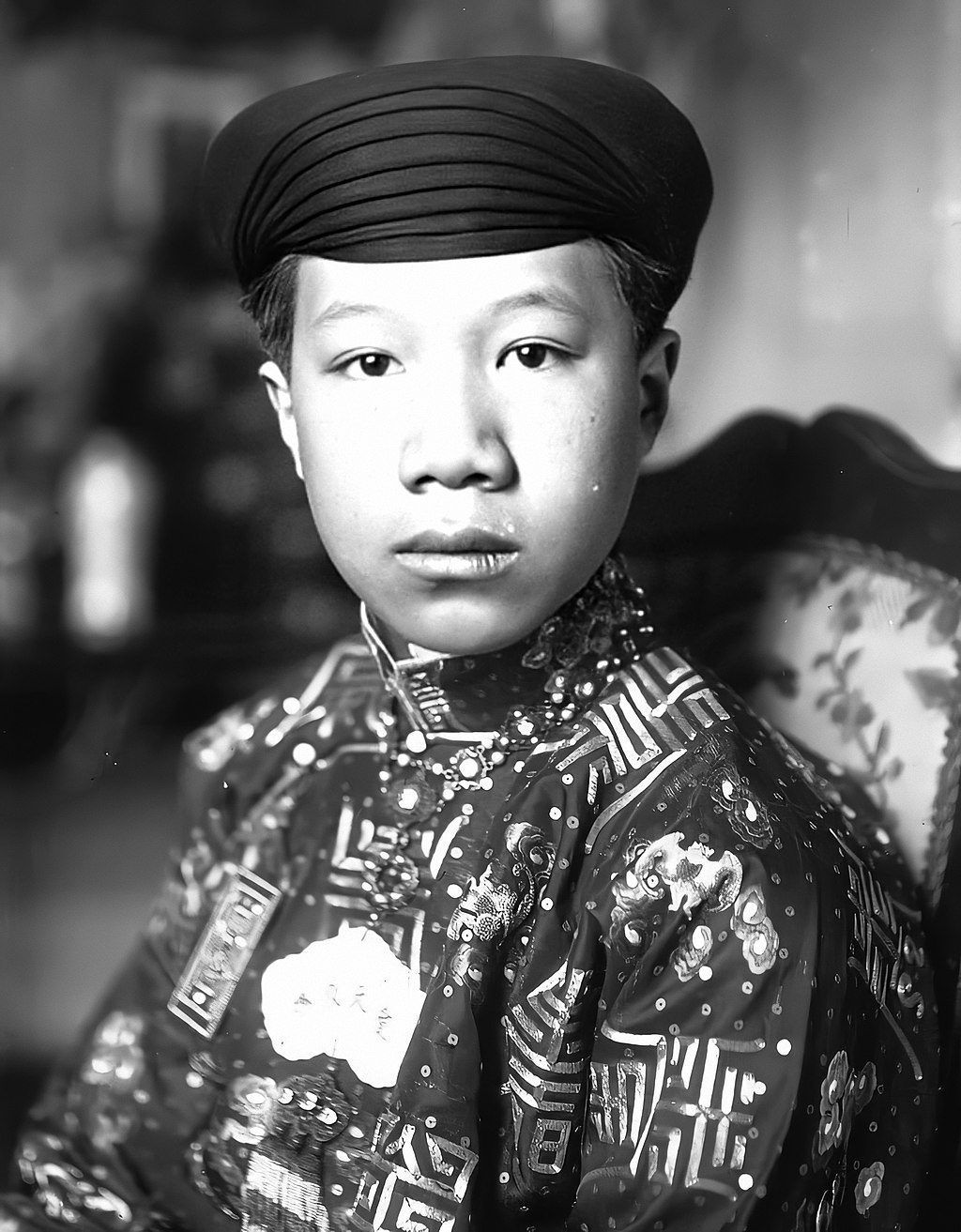 Two months after his father’s death, Vĩnh Thụy, aged 12, was appointed to be the next ruler of the Nguyễn Dynasty. During his extravagant and elaborate coronation ceremony, he took the era name Bảo Đại, meaning “Guardian of Greatness”.

Because the royal family’s wish was for him to finish his studies, Bảo Đại returned to France to continue his study the same year and re-immerse himself in Western culture. 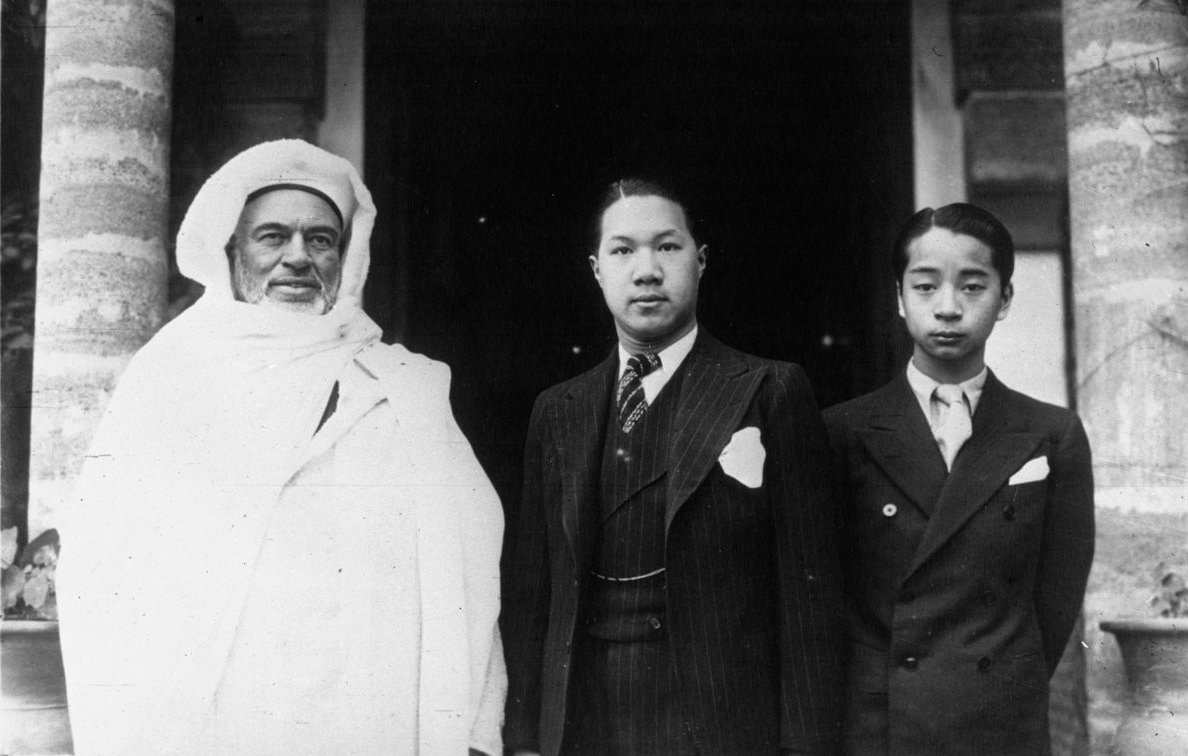 He made friends with French kids of his age and was ecstatic when introduced to sports.

“I led my life like a little French boy,” he admitted.

At age 17, Bảo Đại pursued a university education at Sciences Po, Paris where he studied politics. During this time, he lived in a private residence at 13 Lamballe Street.

Completely soaked up in a Western lifestyle, Bảo Đại’s life was enormously different from what local commoners would expect from a Nguyễn Dynasty emperor. He wore Western suits while his hair was cut short and always combed stylishly. 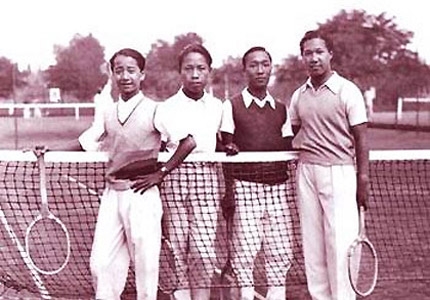 As a sports lover, Bảo Đại was often photographed dressing in tennis attire featuring shorts and white shirts. He was also the first Vietnamese monarch to take a driving test in France and got a driving license at his first try.

Determined to spend his college years like a normal French student, Bảo Đại led a low-key lifestyle and made friends with people from different social classes. 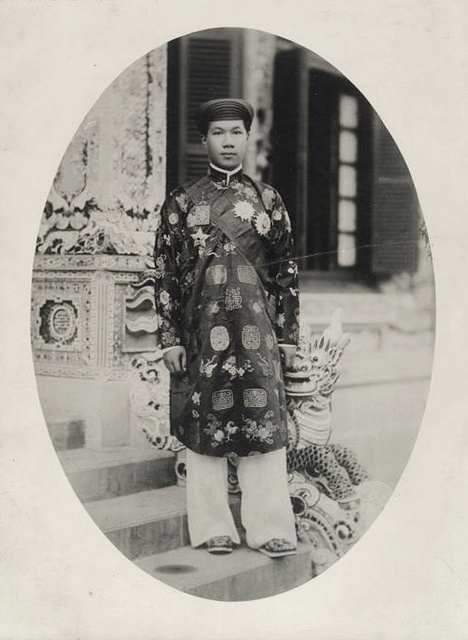 At age 19, Bảo Đại was deemed fit by the French government and the protectorate government to become a ruler of a nation.

After spending 8 years in France, the young emperor finally packed his belongings and returned to his homeland.

Without an understanding of our history, it’s hard for us to appreciate our present and chart our future. Monarchs and royals may have already become something of the past, but details and insights about their lives and characters will never fail to intrigue local history buffs.

Hopefully, this summary of the childhood of Vietnam’s last emperor based on his own memoir will give you more insight into his life and personality before he returned to his homeland as a ruler. 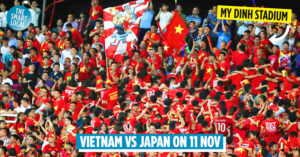 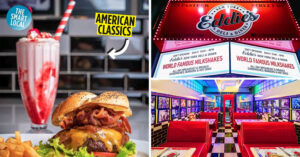