Female millenials find themselves in a much luckier position than women who came before us. Our generation has witnessed great leaps in opportunities and standards of living for women. We’re getting equal pay for equal work – well almost, I do know it isn’t exactly champagne popping time either, our daughters have the same access to education as our sons, and let’s face it, campaigning for women to enlist in National Service? Utopia really isn’t that far away right?

Wrong. My rude but not entirely unexpected awakening came one evening when I had dinner in Joo Chiat. Replete with a very satisfying Vietnamese meal, me and my female friend feared for our own safety when we tried to get to the bus stop. The catcalls from men on the streets felt like tinnitus – it just wouldn’t stop.

So I attempted to experiment with my responses. I tried ignoring, which is something most of us do when we’re being harassed on the streets. That of course was a display of zero resistance from us and allowed them to go on whistling and laughing.

I then tried to add a frown and stared at the men. Some stopped whistling and looked away. Finally, we walked past a man who went “SO PRETTY, I HAPPY!” I lost it and told him I wasn’t happy with him propositioning me like this. Of course it had to be dumbed down, and involved a little more crude language than I’d put on here.

Do I, or my stride, exist as a source of inane sexual gratification for you? Yeah, didn’t think so.

So all that led me to think that maybe, in this day and age there are just a couple of assumptions and expectations put on women just because. They may not manifest as clearly as uninvited wolf whistling or lewd facial gestures made your way but they still exist. Here I attempt to show you why these expectations should be completely left up to you, no matter how answerable you think you should be to the people around you.

Scenario: ‘When are you getting married?’

This haunts even the best of us at every chinese new year family gathering. If you’re being cornered and asked this question, try saying this: how would me being married improve your quality of life?

Alternatively, answer the question with another question – how’s married life treating you huh! Must be great right? This should be the time they start to squirm.

2. Your decision to have kids, or not

3. Amount of makeup you use, or don’t use

Scenario: Companies want you to ‘look presentable’ – when you go to the office you’re supposed to put on an appropriate amount of makeup, best is if it looks natural.

Note! You should also never overdo it. Because while it is implicitly assumed that your natural face should also look desirable, you don’t want people to think you’re a try-hard.

Scenario: When you’re on board public transport and a woman raises her hand to the handrail and suddenly all that fills your line of vision is just curly armpit hair..

Besides, why does hair take on such a vastly different meaning when its found on the female body? Why are men so eager to look like primates but chastise women for not shaving their legs and armpits?

5. How much you weigh

Scenario: Wow you lost so much weight, are you on a diet? or, you look so much healthier now compared to last time!

Her weight has nothing to do with you. Neither do her chubby cheeks, or her shrinking waistline. Comments and judgements like the ones you’re about to dish out were probably the reasons for her weight fluctuations in the first place.

Scenario: When a straight guy goes ‘she’s playing for the other team?! What a waste!’

This isn’t just for the women, and I have to admit hand-holding female couples tend to get less flak than men couples. But seriously. In this day and age? Get over it.

Scenario: You know what they say; when a guy tells you his ‘number’ (number of people he’s had sex with), you should divide it by 3. When a woman tells her that number, you multiply it by 3.

It’s not your problem who she has sex with, if she has sex, and when she has sex. As long as it’s safe and consensual, she need not answer to you or your set of moral rules.

Scenario: Yes it’s a biological fact we shed every month, and yes it’s fair to say that certain emotions that result from an increase in the levels of hormones related to our menstruation occur as a result of that.

But if it has come to point where a woman can’t decide that she doesn’t want to be polite to you just because she’s having a bad day, and have you dismiss it as ‘ah she’s just pms-ing’, then I don’t feel sorry that you got snubbed.

Scenario: When a guy goes ‘I don’t understand. I’m being so nice to her, why won’t she accept me?’

This is saying women have no reason to reject you romantically or sexually, or both, if you’re not being a total douchebag. The idea of a ‘friendzone’ attacks women’s right to say no. Here’s a simple illustration for you.

Scenario: You’re in a club and you feel a hand on your hips. That grip begins to travel upwards and soon finds itself on your waist, what follows is the kind of gyration so overwhelmingly unsexy and disturbing suddenly eating sushi off Steven Lim doesn’t sound all that bad. He then whips out his phone and asks you for your number.

Your first and only retort usually sounds like this “I have a boyfriend”.

You don’t have to utilise a guy’s presence in your life to ward off another. Grab those arms on your waist with viselike strength and tell him ‘hey I’m simply not interested’. It’s as easy as that.

So stop explaining yourselves

Reading this isn’t going to curb those catcalls nor make me feel good about myself as a human being when I go to Joo Chiat. But hopefully these points might remind you of what comes first – you. Save all the explanations and get to the root of the problem – who should benefit from your decisions?

Also, if you want to share with us how you’d deal with catcalls or street harassment, or any of the above points I’ve mentioned, please leave a comment! 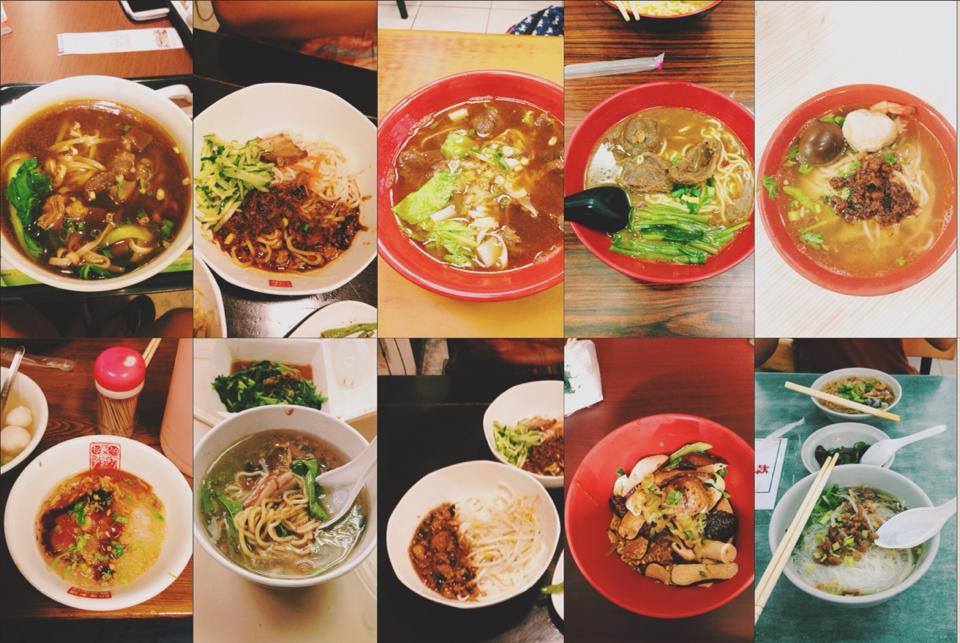