Don’t be trash, throw your trash

Lush greenery, clean streets, and a foodie’s haven – that’s the impression foreigners have of Singapore, and that pretty much sums up our little red dot. But even though we have this glowing reputation, it may not seem like it at times when we see the newspapers splashed with photos of a dirty Marina Bay floating platform after NDP, or when we walk past a used tissue paper on the ground.

The problem is not as obvious only thanks to super cleaners who ensure our surroundings are kept spotless and pristine. Whether it’s out of convenience or sheer bad habit, the littering issue is more prevalent than we know, and here are 7 ways you could have unknowingly contributed to it.

1. Placing your litter *near* the bin, but not *inside* the bin 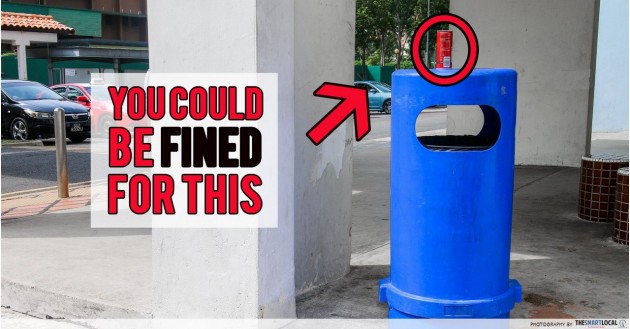 We’ve all been there before. With crushed rubbish in our hand, looking for a green trash bin in fear and trepidation, desperately hoping to offload this ball of burden. Alas, what awaits is a waste container filled to the brim and almost overflowing.

You have two options: Opt to send your trash for a delicate balancing act, or continue holding onto your rubbish in hopes of finding a less-filled dustbin.

Not surprisingly, many of us choose to send our rubbish where it doesn’t belong – a.k.a outside the bin – for the sole reason of convenience. But stop right there! You’ve just committed the offence of littering, effectively creating even more work for the poor cleaners.

So the next time you are tempted to do that, remember the hard work involved in cleaning up after you. 5 more minutes of holding on to rubbish never killed anyone.

2. Disposing of cigarette butts inside the drain 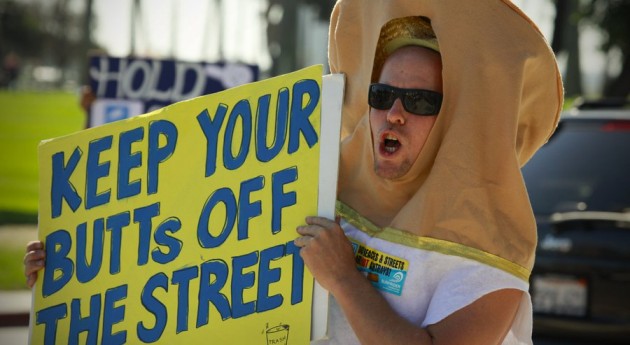 You’re not smokin’ hot if you smoke and throw your cigarette butt into the drain – trust me, you’re really not. What you are is a litterbug that should #STAHP. You might not think that this tiny bit of litter would make much of a difference, but it pollutes our water resources.

So instead of casually throwing it onto the floor or into the drain; simply walk over to the nearest ash tray or throw it into a bin – but only after making sure the flame is completely snuffed out.

Let us all be a little more considerate, that’s the first step to being smokin’ hot. 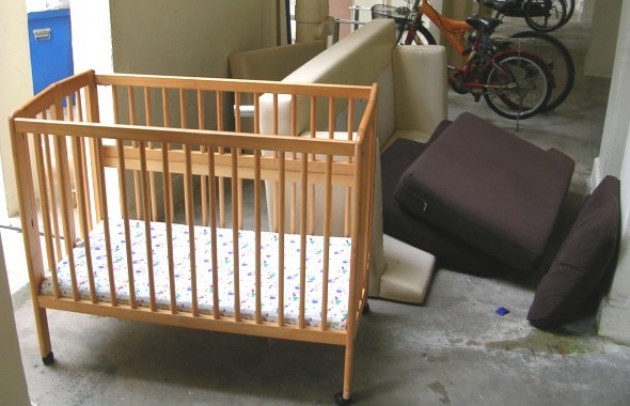 For many HDB residents, it’s a familiar sight to see thrown-out furniture cluttering the lift landing. However, leaving unwanted items at the lift landing not only causes an unsightly mess, it is also a fire hazard. Definitely NOT cool.

While many people think that it’s the most convenient way to dispose of their unwanted furniture, it is effectively littering and punishable by law. Not to mention, it’ll also win you the “Most Inconsiderate Neighbour” award.

For the proper removal of bulky items in HDB flats, contact your respective Town Council for more information. As for private housing estates, contact either a licensed waste collector or the public waste collector serving your estate.

4. Discarding your parking coupon tabs on the ground 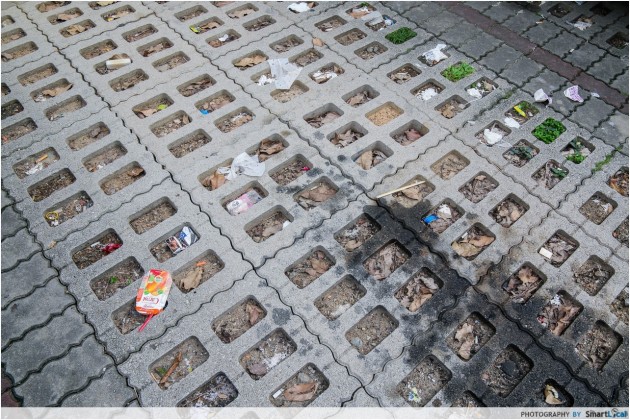 Go to any car park that requires parking coupons and you’ll see the floor littered with tiny round circles. Maybe it’s the small size which allows you to surreptitiously throw it onto the floor that encourages this bad behaviour, but it is still considered littering even if nobody saw you do it – don’t let your laziness convince you otherwise.

Next time, let your conscience lead you to dispose of these little paper bits in a proper wastebasket. Trust me, the nearest one shouldn’t be more than 400m away. If not, into the pockets they go!

Which leads us to….

5. Not picking up litter that you accidentally dropped

I’ve always been fascinated by Doraemon and how his pocket seemed to contain the mysteries of the universe. But unlike Doraemon, we do not have magical backpacks that can hold a million things without giving way.

For us humans, things falling out of our pockets happens more than we’d like. All’s well if you accidentally drop something and pick it up, but let’s admit it – we’ve all been guilty of dropping something and pretending we didn’t notice.

6. Not picking up your tissue that flew away

It’s not uncommon to have pieces of our used tissue blown away by a rogue burst of wind, but most of the time, the majority of us are too comfortable in our seats to go out of our way to retrieve them.

Even if it’s not thrown onto the floor by you on purpose, it still flies elsewhere and ends up on the ground as litter – so don’t let it escape your hawk eyes. Or even if it does, have the courtesy to make the effort to pick it up yourself. 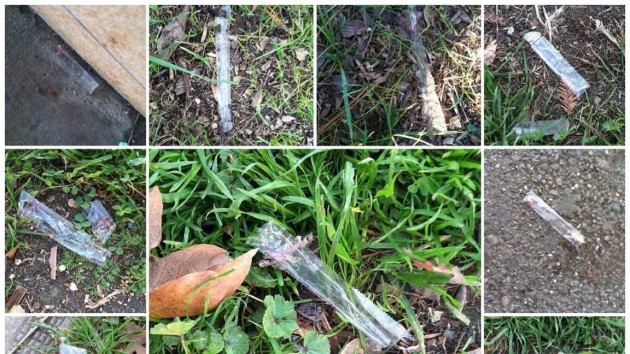 Recognise this? That’s right. These tiny inconspicuous transparent plastic wrappers keep the straws on your packet drinks safe from dirt and all sorts of dust, but really – they aren’t as unobtrusive as they appear. It’s definitely not alright to just throw it over your shoulders and leave without disposing of it properly. 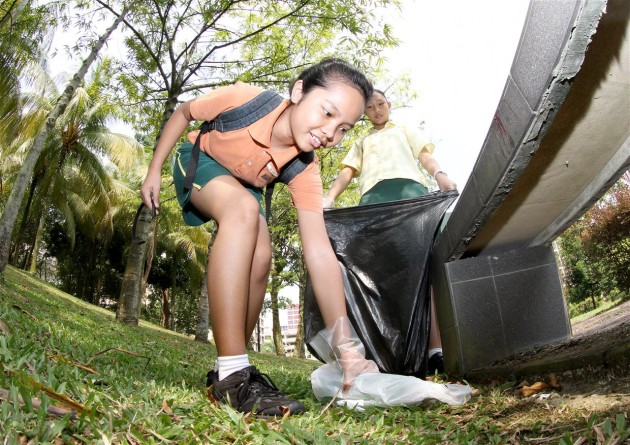 I feel a sense of pride swelling from within whenever someone calls our country the Garden City of Asia. It would suck if we lost that honorary term just because of a few inconsiderate folk, so let’s all work towards keeping Singapore clean by eradicating little bad habits of ours.

If you have not committed any of the above acts, that’s great! You deserve a gold star. But for the rest of us, we might not even have known that some of these actions were considered littering. But hey, it’s alright, now we know and it’s not too late to make amends.

With just a little consideration and a whole lotta love for the environment, we’ll be able to keep our country pleasant and clean for many more years to come. And remember, this is a collective effort from each and every single one of us. After all, as Doctor Seuss once said, ‘Unless someone like you cares a whole awful lot, nothing is going to get better.’

This post was brought to you by National Environment Agency. 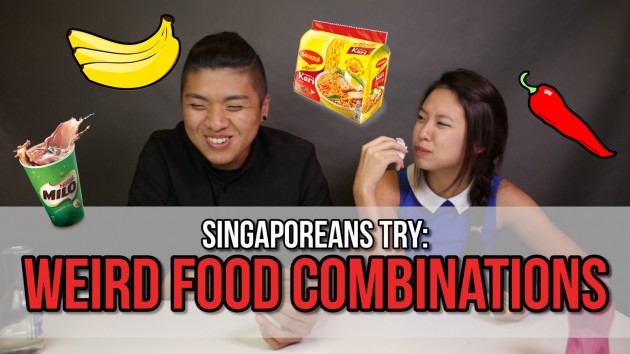 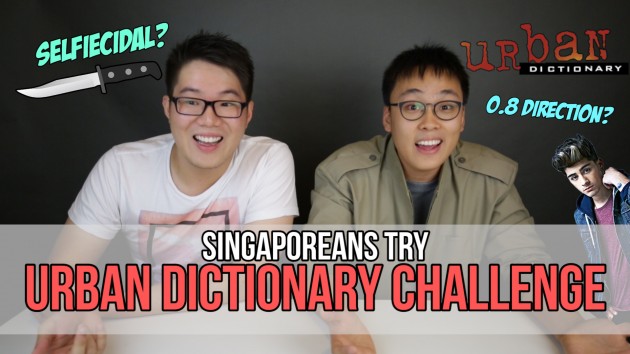