Novel Dining Concept in the Heartlands 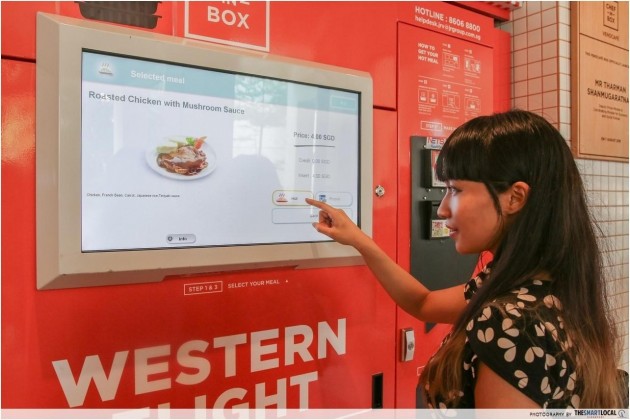 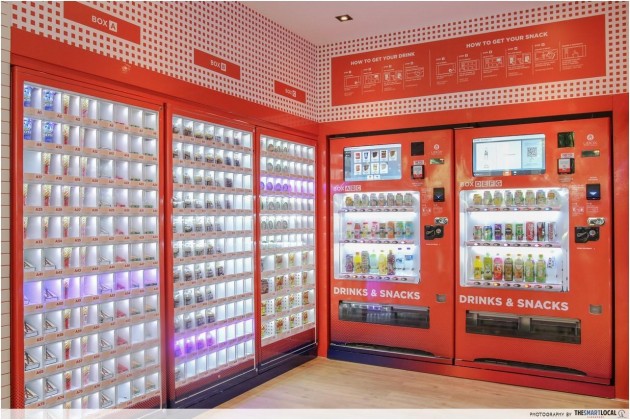 When I think of vending machines, what usually comes to mind are cold beverages or small bites like crackers, chips, and chocolates for on-the-go consumption.

The 24-hour joint is basically a void deck jazzed up with LCD menus, a orange-and-white colour scheme and wooden floor panels. The welcoming atmosphere makes it like a special cozy corner for residents, and seeing all the treats lined up in a row made me feel the munchies immediately.

Instead of being a grab-and-go affair, there’s a table installed for your convenience. Chairs aren’t provided, but this beats hobo-ing on the void deck floor, balancing a piping hot container in your hand while trying not to spill contents over your crotch. 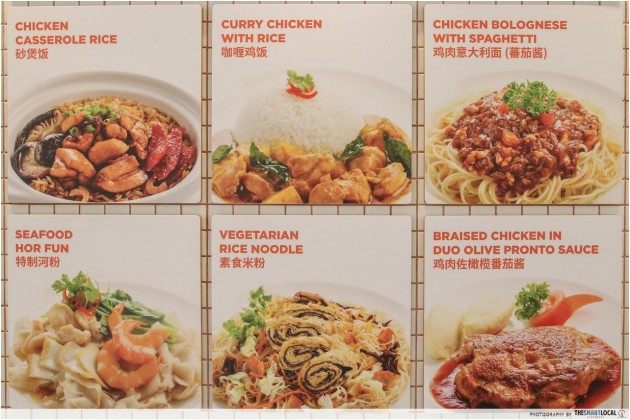 Placing a meal order is straightforward. Select your order from the machine touchscreen and make payment via your desired method. Old-school vending machines we’ve grown up with only accept coins, but these machines accept coins, $2 and $5 notes, and NETS Flashpay. No more fumbling around for spare change!

Meals here can either be heated up for immediate consumption, or kept frozen for microwaving at home. The heating process takes around three minutes. While a timer ticks down to the moment your meal pops out, the screen will also play a video showing how the food is prepared beforehand. Way to whet your appetite!

Be careful though, the meals are EXTREMELY HOT. Do not attempt to carry your food from the base of its box as you’ll likely burn yourself.

Pro Tip: To avoid getting scalded, collect your boxed cutlery first and use it as a “tray” to safely transport your meal from machine to table. 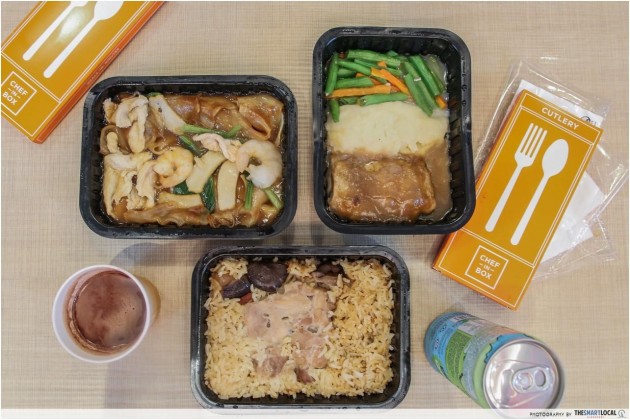 The Roasted Chicken with Mushroom Sauce ($4) is accompanied by a soft, creamy serving of mashed potato and a good portion of vegetables. Surprisingly, the chicken was tender and moist – I could slice through it using the plastic spoon provided. However, it could have been better marinated as the flavour didn’t really seep through its layers. 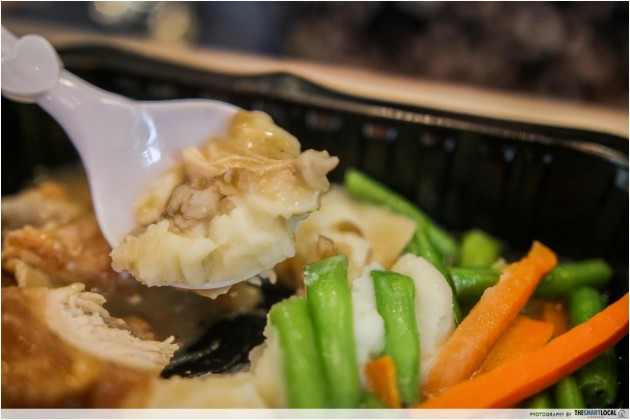 While no match in flavour to what you can find at hawker centres, the Seafood Hor Fun ($4) had a generous portion of gravy without being too wet. The Claypot Chicken Rice ($4) even came topped with lup cheong and mushrooms – not too shabby. 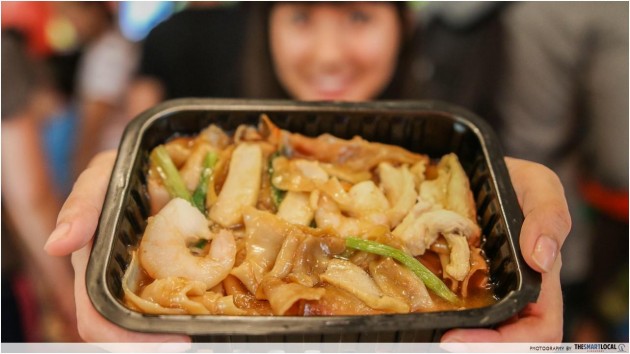 Taste-wise, the food is reminiscent of airplane food – nothing spectacular, but edible enough. The dishes we tried were bland and needed more kick in their seasoning. However, across the three dishes, the meat was tender, which is surprising for boxed microwavable food. Thankfully, ingredient portions were decent – there were adequate helpings of meat and vegetables to make a balanced meal, rather than being just carb-laden. 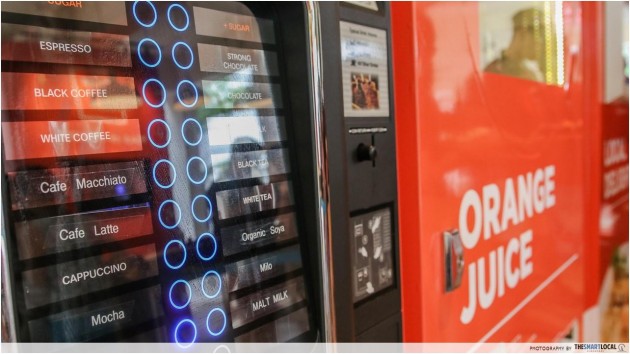 A great draw for me was the hot drink machine. At just $1, you can quell your hipster beverage cravings with drinks like Organic Soya, Malt Milk, and White Coffee. I had the Strong Chocolate, which was satisfyingly thick and true to its name.

Mediocre standards, but high on convenience

The food here isn’t restaurant standard. But if you found yourself here, you definitely weren’t looking for Les Amis fare anyway. VendCafe is perfect for days where you don’t wish to work up a sweat in the kitchen, yet still crave a warm balanced meal. For Sengkangers, It’s a potential spot to jio your buddies to for an impromptu supper.

For those living in other areas of Singapore, don’t worry as more VendCafes will be dotting the island in time. Who knows, the next one just might be under your block! 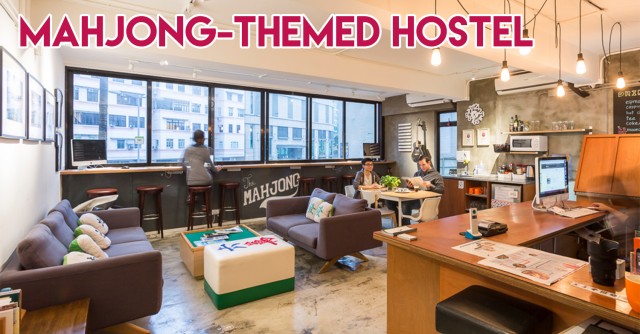 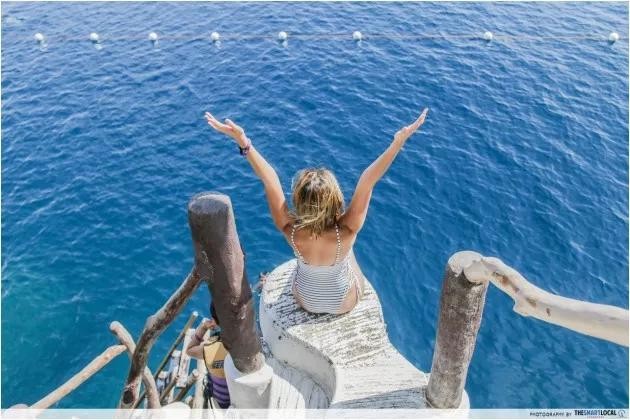