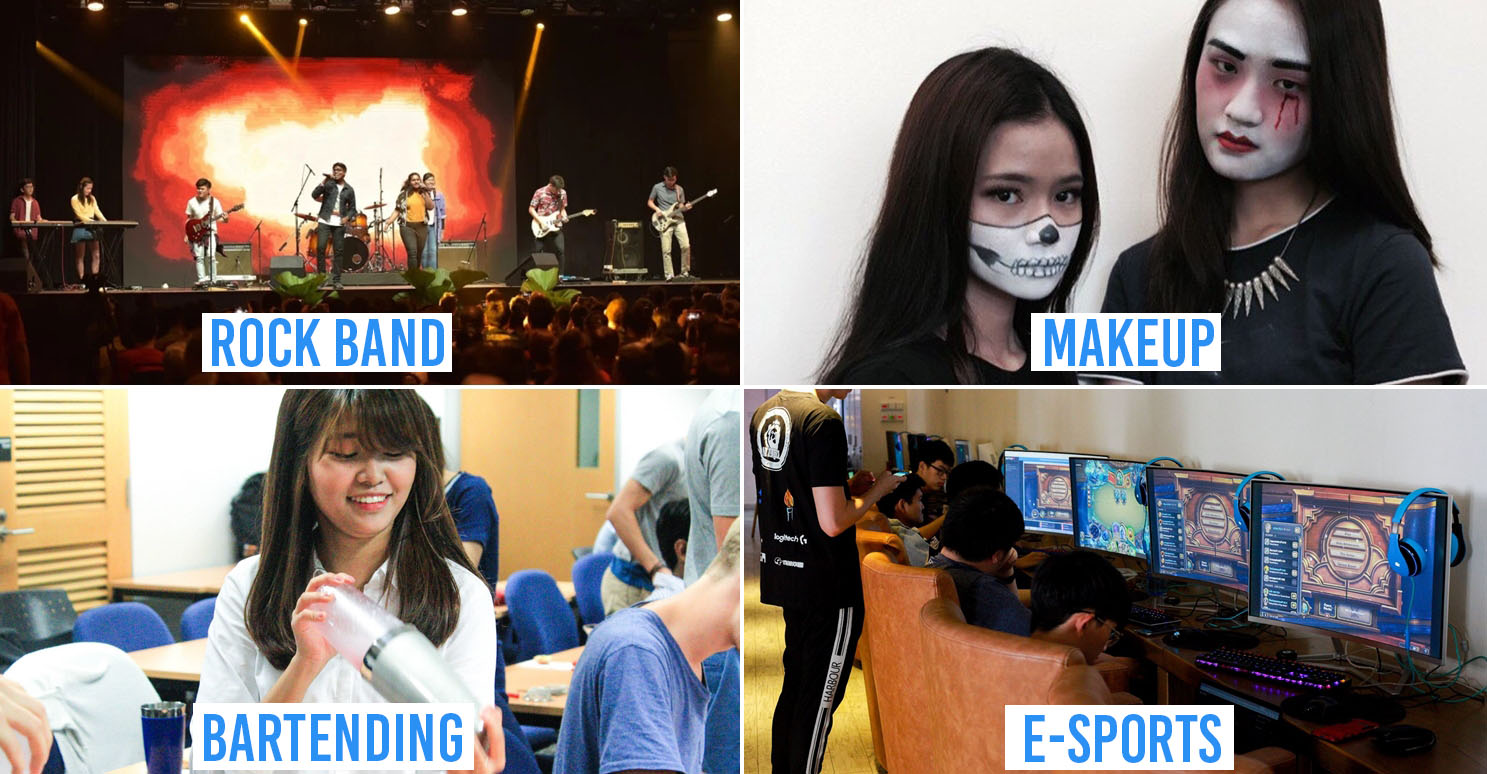 Choir, dance, band and badminton – these are nothing out of the ordinary when we’re talking about the slew of standard co-curricular activities (CCA) offered in our schools. Education in Singapore is bound to take up at least a decade, and in this span of time, you could definitely master a skill of your choice through a CCA.

While you ponder over your choices, read on to discover a list of unusual CCAs that are offered in Singapore’s schools. 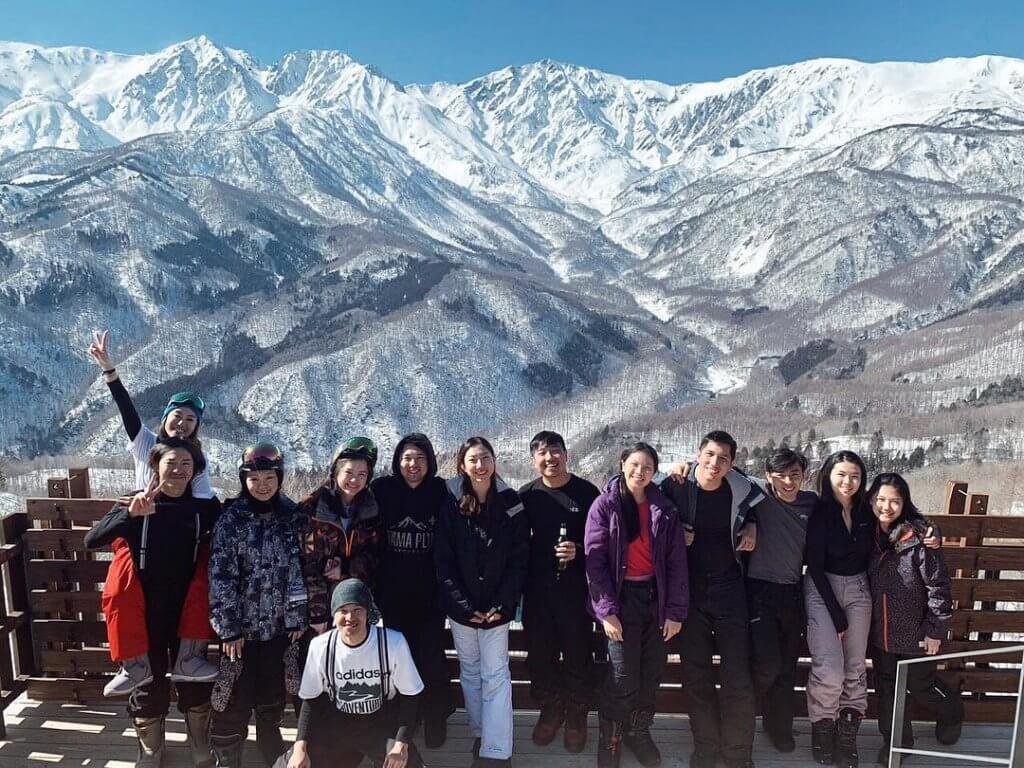 Skiing Alpine Sports is something that is literally impossible in the eternal summer of Singapore, but joining this CCA by SMU can bring you just a step closer to mastering some snow sports. With annual trips to Niseko for snowboarding, skiing and surfboarding, members can also look forward to a highly coveted respite away from the agonising heat of Singapore. They also conduct summer trips to the mountains of Australia to hit the snow slopes.

But aside from these trips, the team heads to East Coast Park for cable skiing or to Wavehouse Sentosa to surf – in order to train their balancing skills needed in the snow. 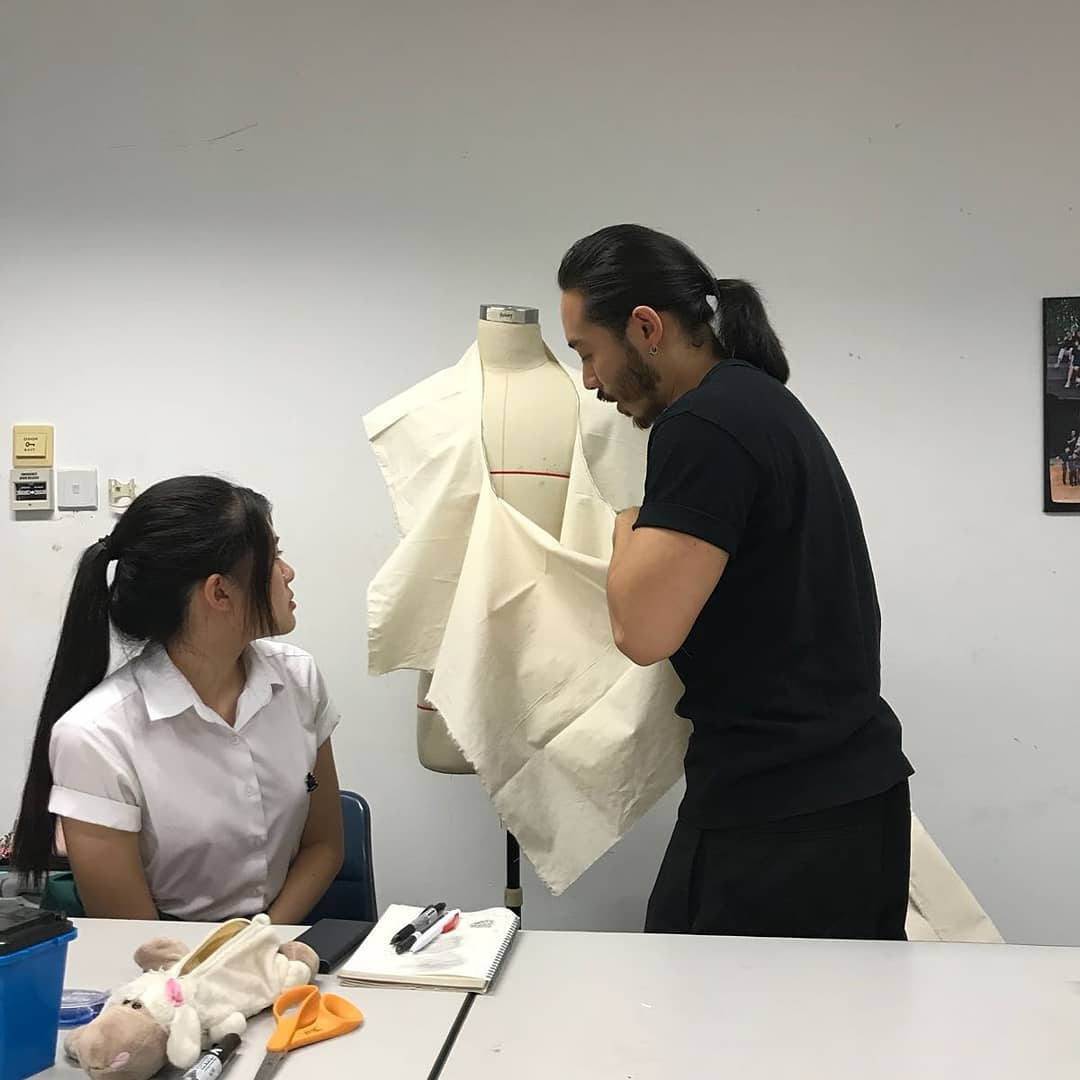 For students who are fashionistas, Raffles Runway by Raffles Junior College provides an avenue for them to explore their passion. After being taught the basics of sewing and fashion design, the students will create their own outfits which will then be showcased on the runway during an annual show, RProject, as well as exhibited during events such as the school’s Open House. 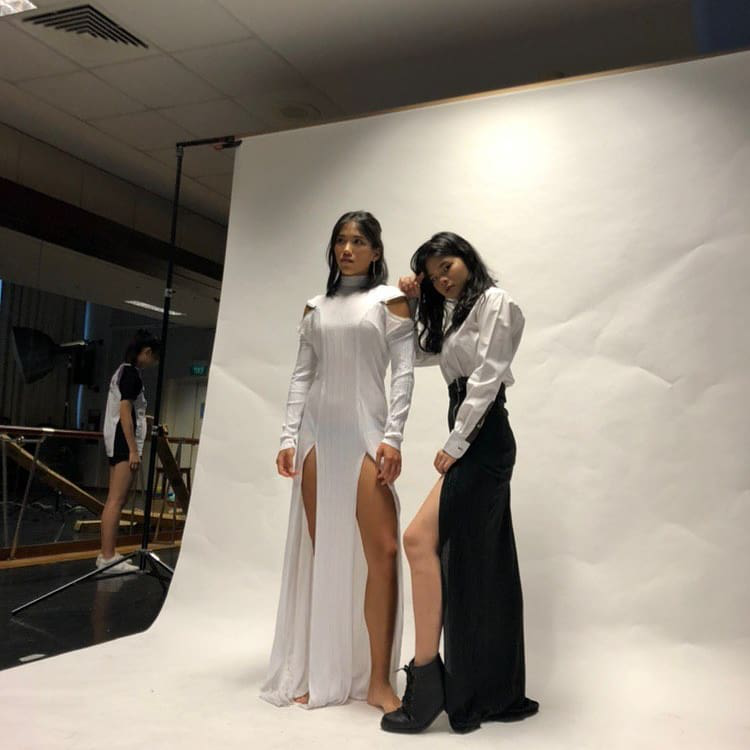 Openings are not limited to fashion designers. Those who aren’t good at DIY-ing can sign up as a model instead and get to partake in shoots and strut down the runway in outfits designed by their schoolmates. 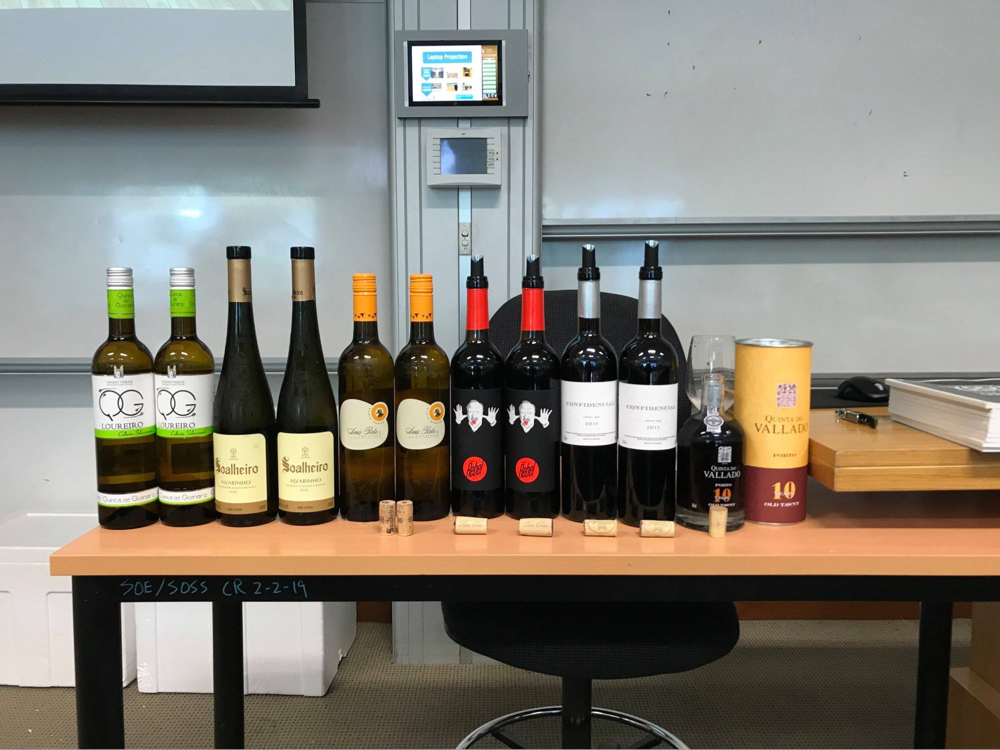 Wine isn’t an everyday beverage for most people, but it’s always good to learn a thing or two about the technicalities of your red, white, and rosé, and the sort of food to pair it with. Way to impress a date at a fancy restaurant!

With wine-tasting sessions conducted by experienced sommeliers, members of SMU Wine Appreciation Club can refine their palates to identify the notes in the different types of wines. 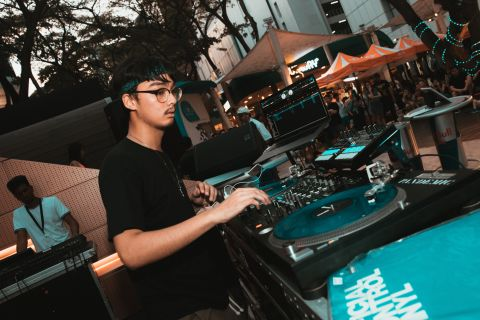 We’ve felt our hearts pounding to the beat of the music in clubs, and seen the DJs behind the turntables mixing up music live. These are the people who bring the atmosphere to an all-time high with their spinning skills.

In SMU and Singapore Polytechnic, students in the DJ club share their mixes and learn more about the art of music mixing. Other than spinning at bars and clubs such as Get Juiced and Playhouse, the students from SMU Stereometa also participate in occasional DJ battles and competitions. 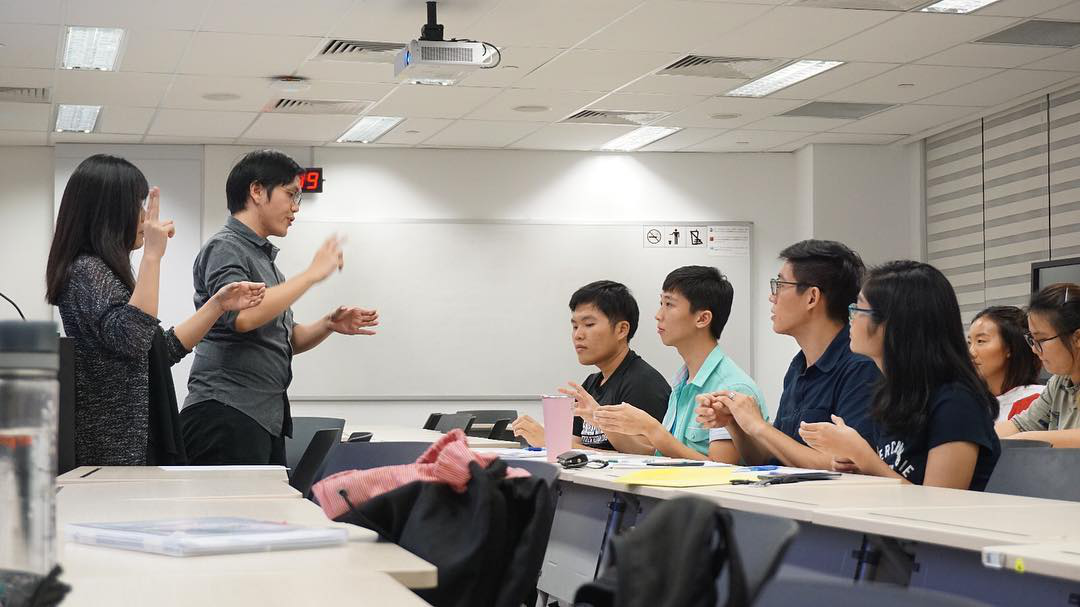 Singapore is a country abound with multiple languages and dialects, but to take this even further, you can reach out to the deaf or mute by learning sign language. SIT has a Sign Language Club where lessons are conducted weekly. They also do song signing for showcases and recently held their first song signing performance. 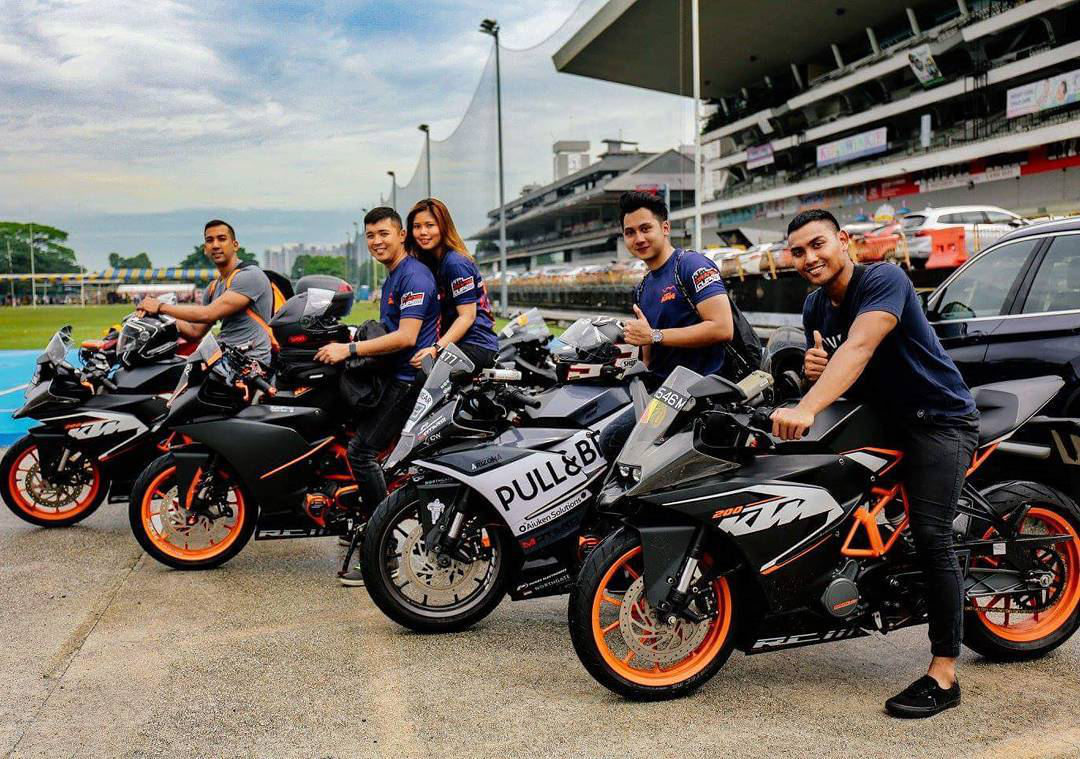 If you’re passionate about motorcycles and love the thrill of zooming fast with the wind rushing into your face, NTU’s Riders Club and NUS Motorcycle Club are where you’ll feel right at home.

Both clubs are big on conducting road safety courses to increase awareness on safe riding. Placing emphasis on wearing the correct gear for protection and giving tips on how to lessen the danger in slippery and low visibility conditions are just some examples.

An annual Bike Fest is also organised by NUS, and this is where participants can get up close to cool bikes and take pictures with them, as well as take part in lucky draws with prizes from Motul Singapore. 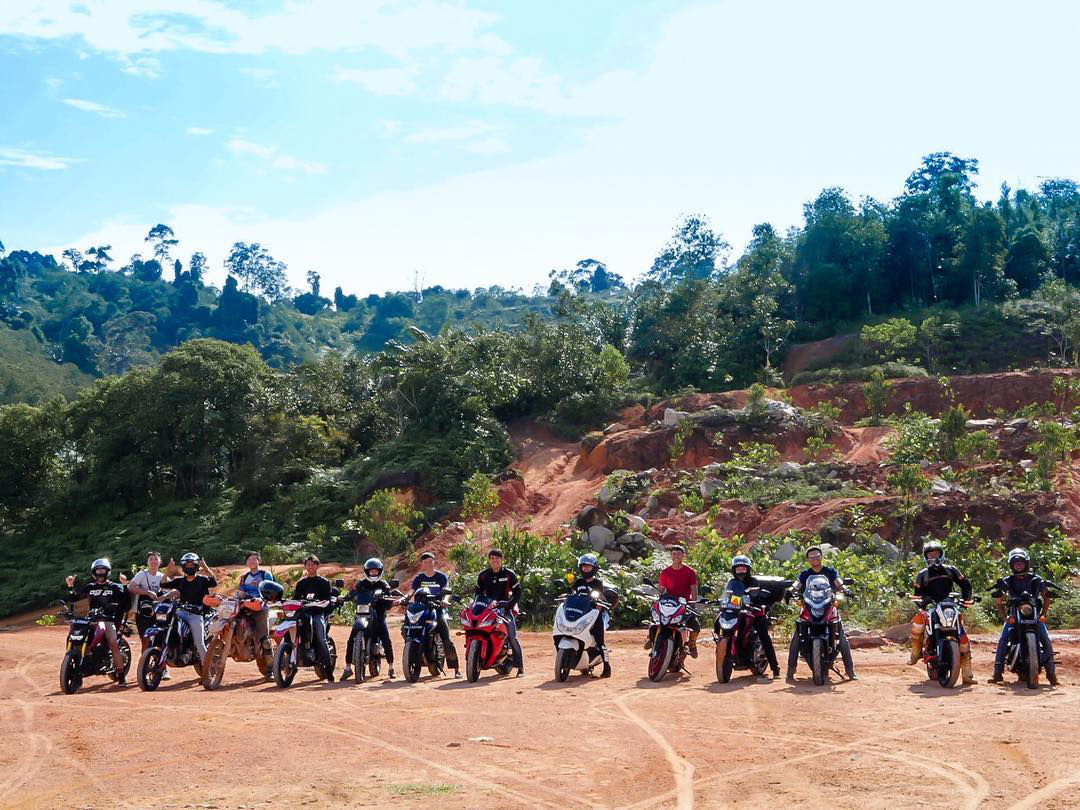 Some members also go riding off-road, such as in trips organised to Ulu Choh Dirt Park in Johor for dirt riding. 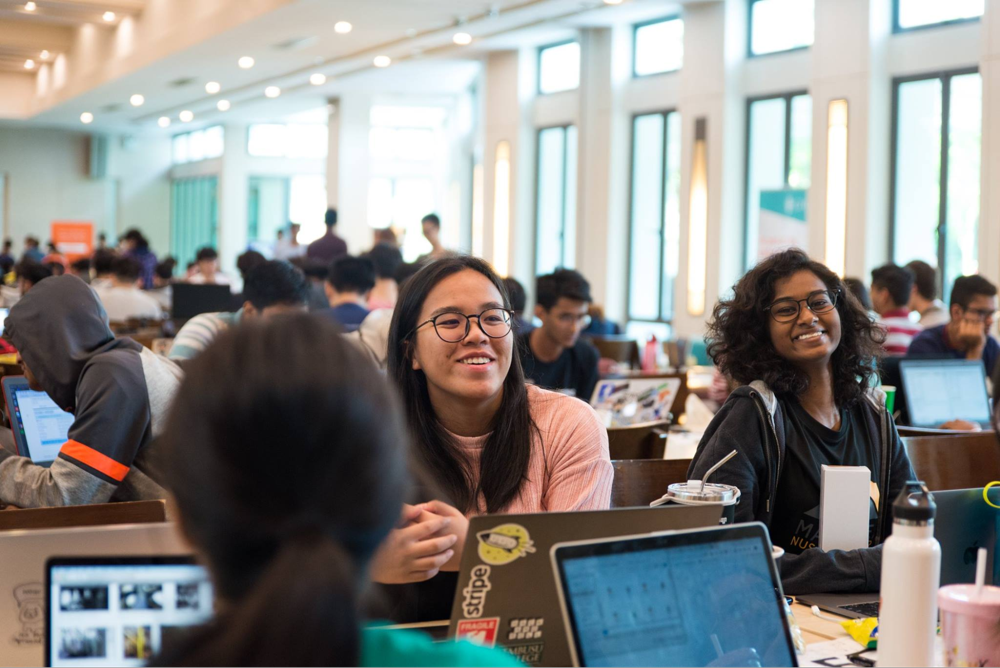 Hacking is commonly mistaken as something only done by those trying to pry into someone else’s personal online accounts – but the hackers in this community use technology to create things and solve problems instead.

Other than conducting hacking workshops on top of their weekly meetups, NUS Hackers also organise an annual 24-hour hackathon that is free for all students to take part in. Within a day, participants take up the challenge of constructing a complete project from scratch.

Some winning projects include an automated self-cleaning cat cage that deposits new bedding, food and water, and AR games designed and built from scratch. 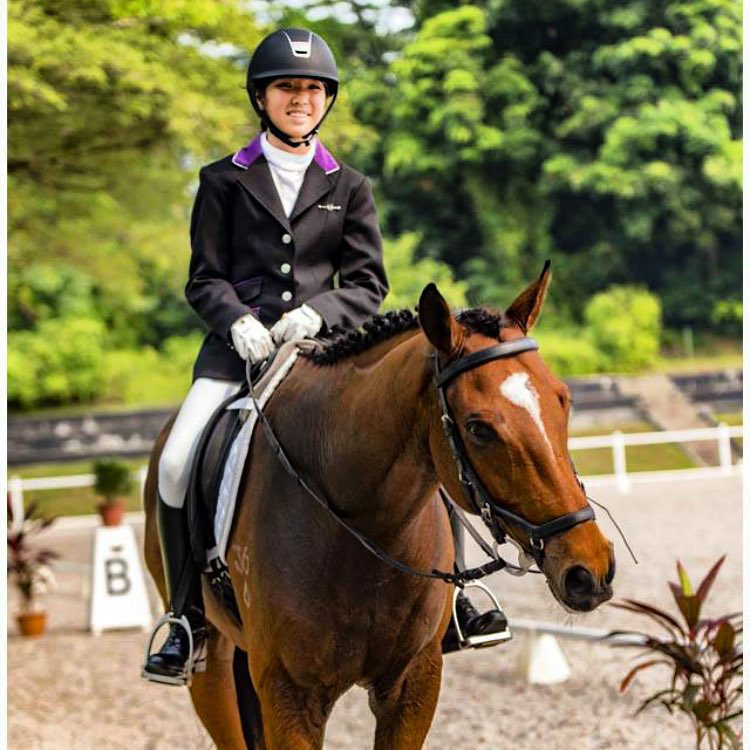 Horse riding might seem like an inaccessible sport to some – with only a few riding schools in Singapore and just a handful of places where you can get up close to horses and ponies, very few would think of picking up the skill of horse-riding in Singapore. It’s not a cheap hobby to have either.

But in Regent Secondary School, the Equestrian Club is an actual CCA. Other than learning how to ride, students also get hands-on knowledge on how to manage and care for horses. 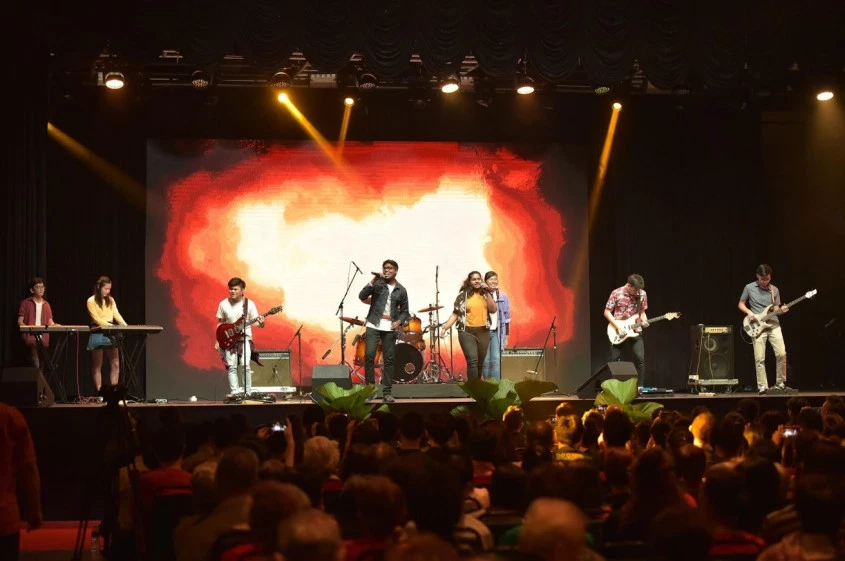 Symphonic and concert bands are present in almost every school, but rock bands are rarely heard of. Members of Raffles Rock by Raffles Junior College don’t just head-bang to rock tunes. After some casual jamming to warm up, they get down to serious business and practice for their upcoming performances or gigs. Other than performing during school events, they also organise 2 concerts every year. Rockout, their annual main concert is usually held at SCAPE. 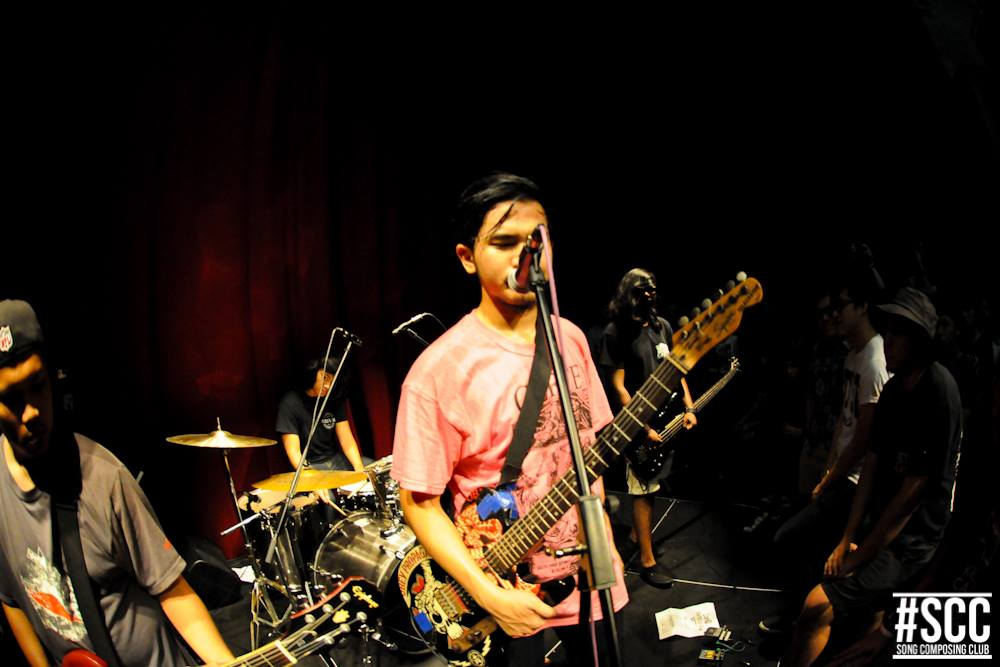 Ngee Ann Polytechnic has a Song Composing Club which works in a similar way, and students get to hone their songwriting skills to bring an original track to life. 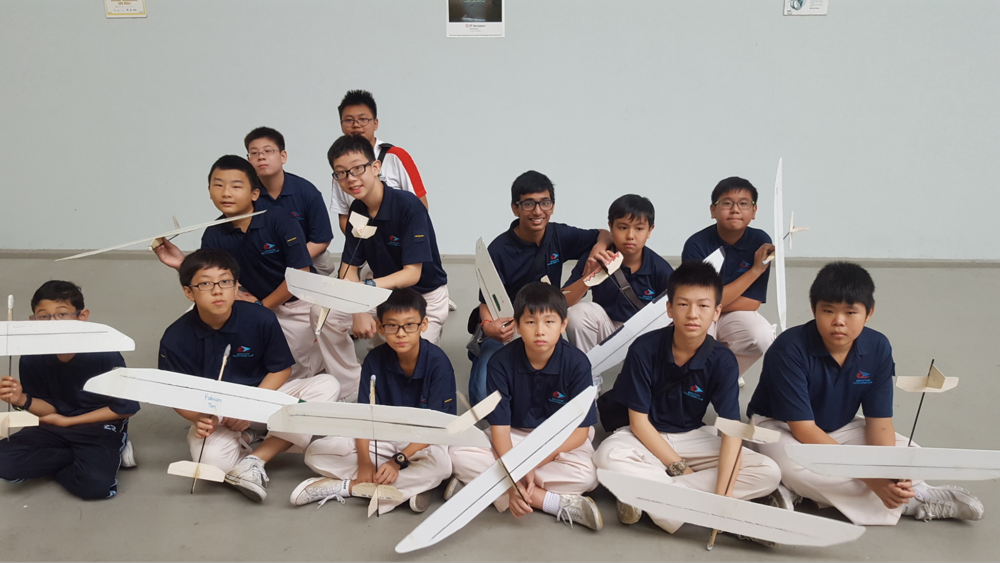 If you’ve ever dreamt of flying, this is your chance to venture a step closer to that dream. Students can join the Singapore Youth Flying Club under the secondary school programme in 15 local schools.

Students in the CCA will gain knowledge about aviation through sessions that teach aeromodelling, and go through flying simulations. After learning their basics in the secondary school programme, they can go on to pilot an actual plane at the headquarters of SYFC. 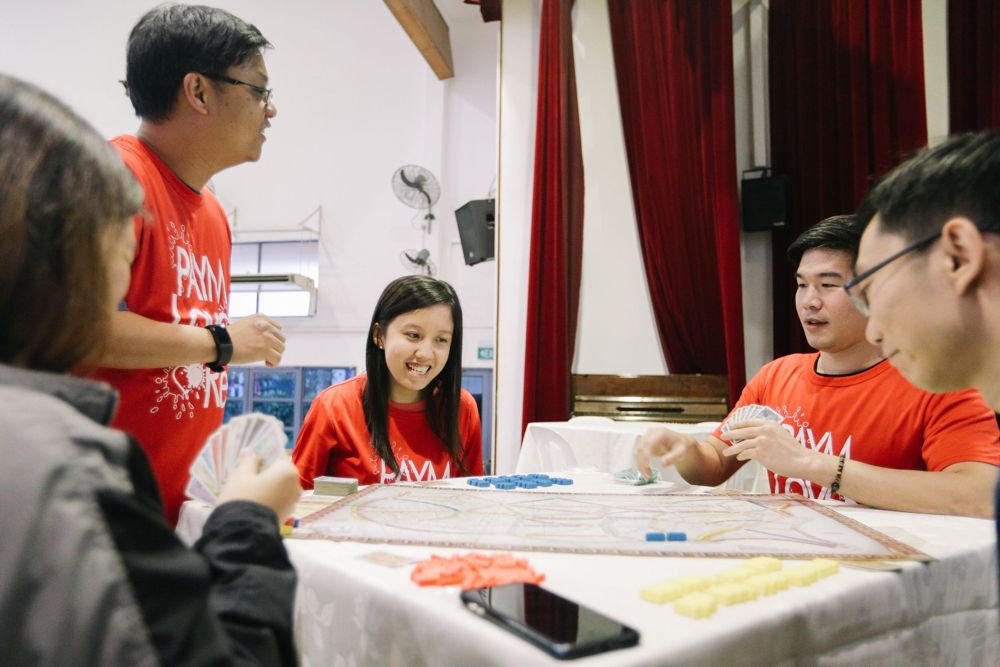 Those who frequently find themselves at board game cafes would be interested in joining the board game clubs in NUS, NTU, SMU, and Singapore Polytechnic, where they’ll learn how to play new games and gain insights from experienced game hosts. It’s not just the standard Monopoly and Snakes & Ladders – you’ll be able to expand your repertoire to include rarer games like Pandemic, Avalon, and Founders. 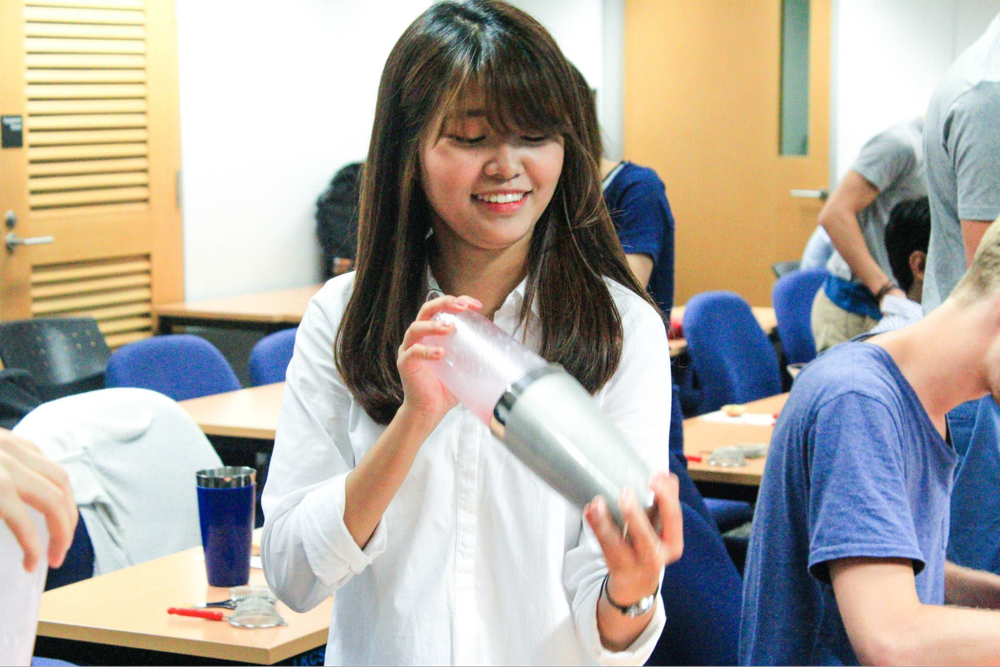 This CCA will be perfect for that one friend we always tease about being borderline alcoholic. Students who join SMU Barworks will participate in a number of courses to learn the art of bartending and concocting drinks. They’ll also go on tours to various breweries and bars to learn about the workings that happen beyond what we witness from the bar counter. 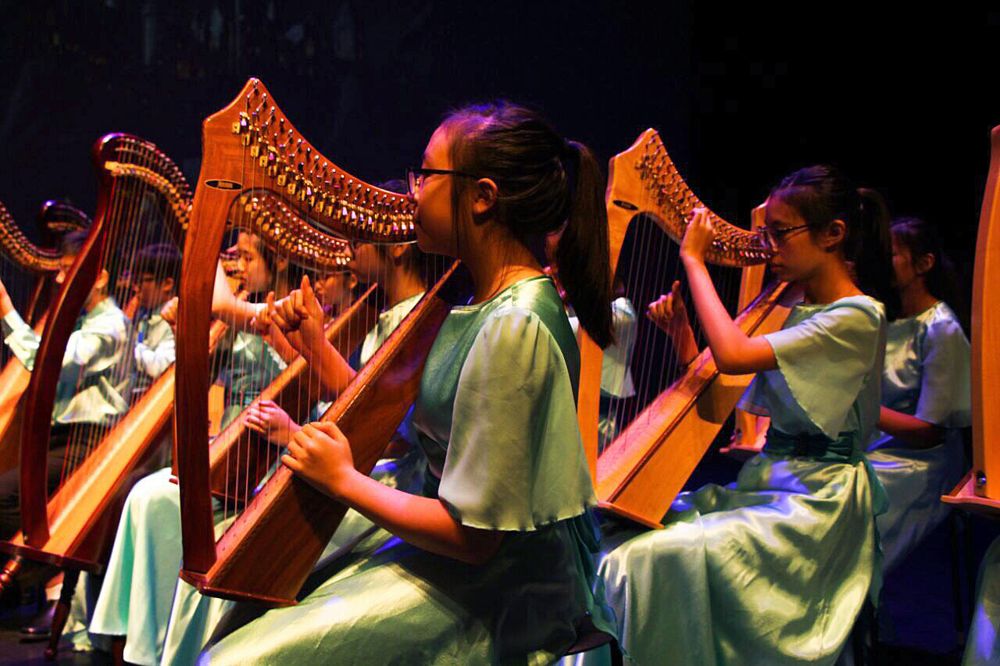 The harp is usually associated with angels and it’s not just because of folklore or fairytales. Listening to the elegant sound of the harp can be incredibly soothing and make you feel like you’re in heaven. But compared to the piano or the guitar, the harp isn’t a commonly mastered musical instrument, much less one that is part of a school CCA. 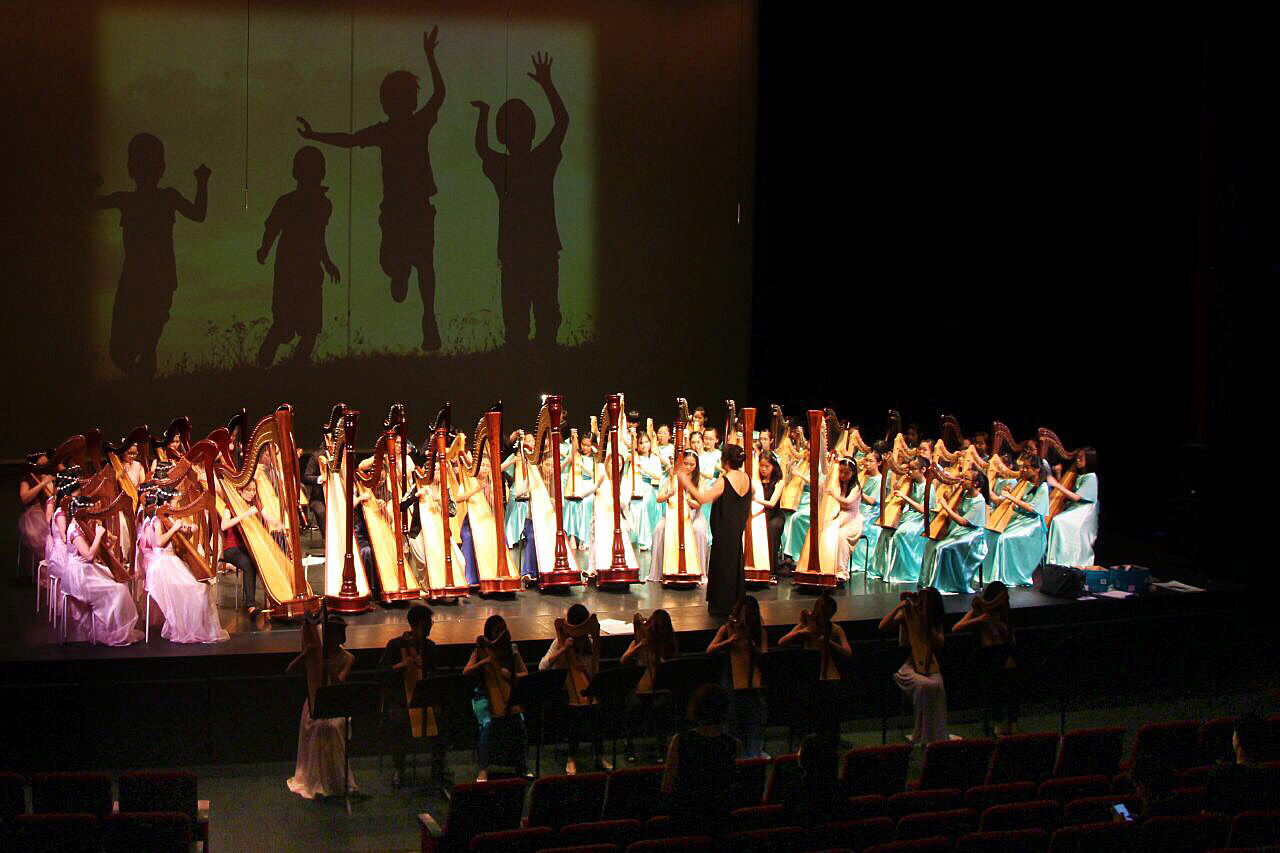 At Nan Hua High, the harp is not played solo. The students in the Harp Ensemble practise and perform pieces together to create enchanting melodies with different types and sizes of harps. 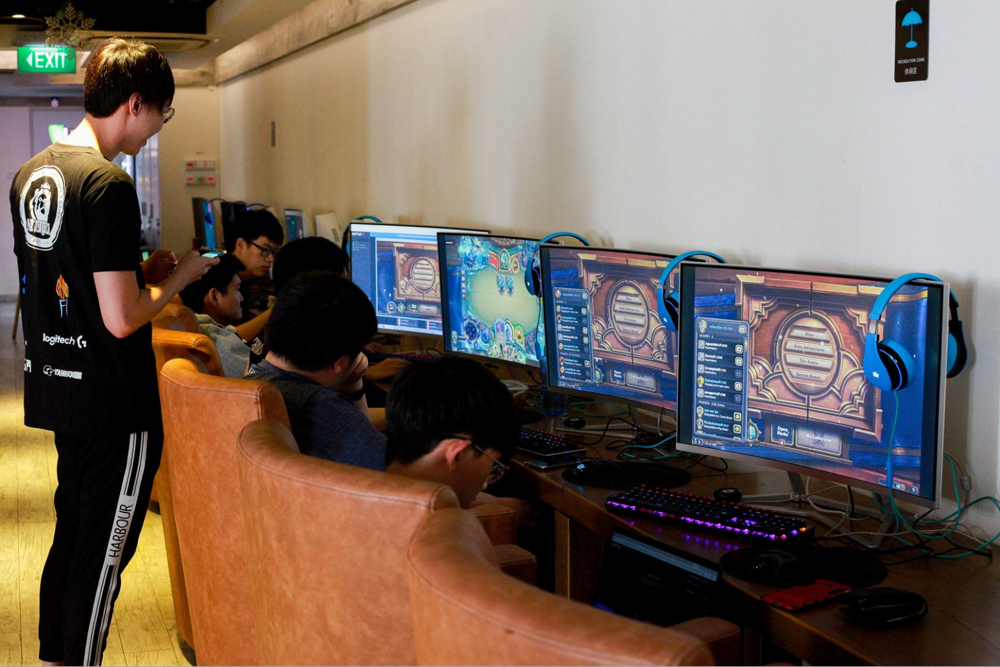 Avid gamers now have a legitimate reason to while their hours away playing DoTA or League of Legends – that is, if you join the NUS E-Gaming Society.

They host competitions within the school for DoTA, League of Legends, Hearthstone and Overwatch. This is where fellow gamers can have a match to test their skills and come together to make new friends who share a similar interest. 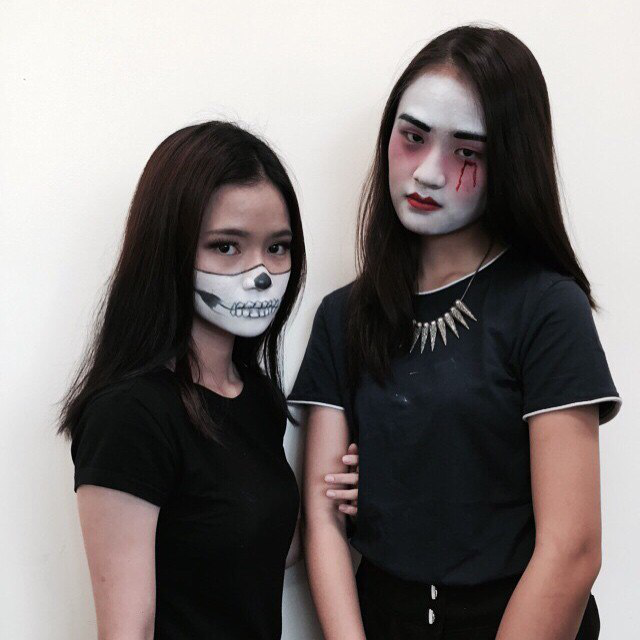 The face is but another canvas for you to express yourself with and the Makeup Artiste Club at Singapore Polytechnic is where students to perfect their makeup skills. 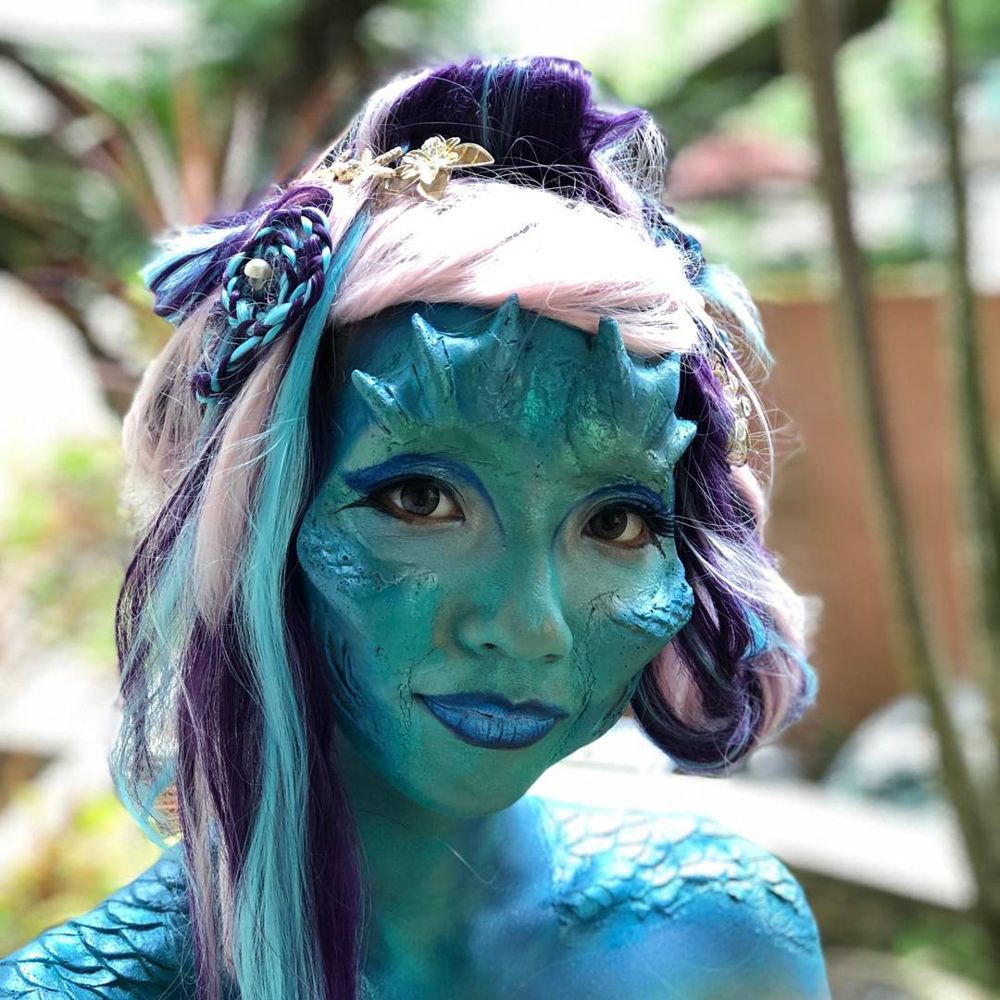 In addition to the basics of contouring and blending, students also learn the techniques required for special effects makeup – and with clay or latex, they can transform a person into a character straight out of a fantasy or horror movie. 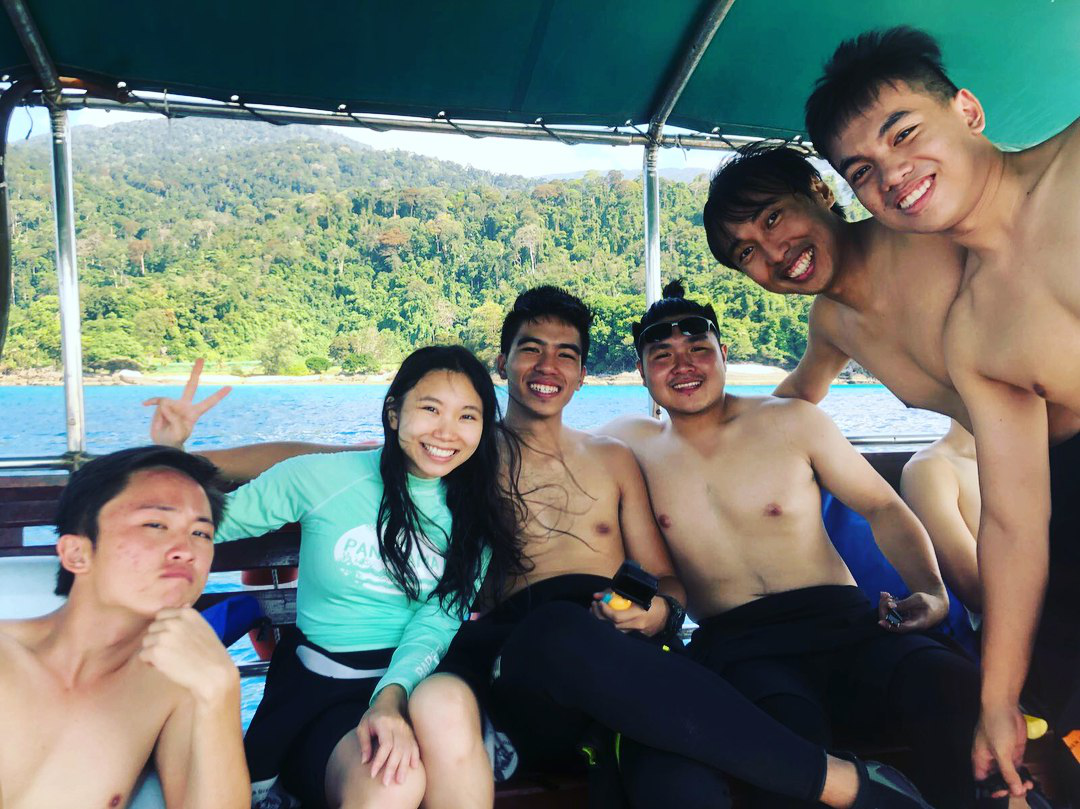 SIT Scuba goes on regular diving trips to Tioman and Perhentian islands to contribute to marine conservation. Through these sessions, the participants not only get to be active and master diving skills, but also get the opportunity to be up close to marine life. 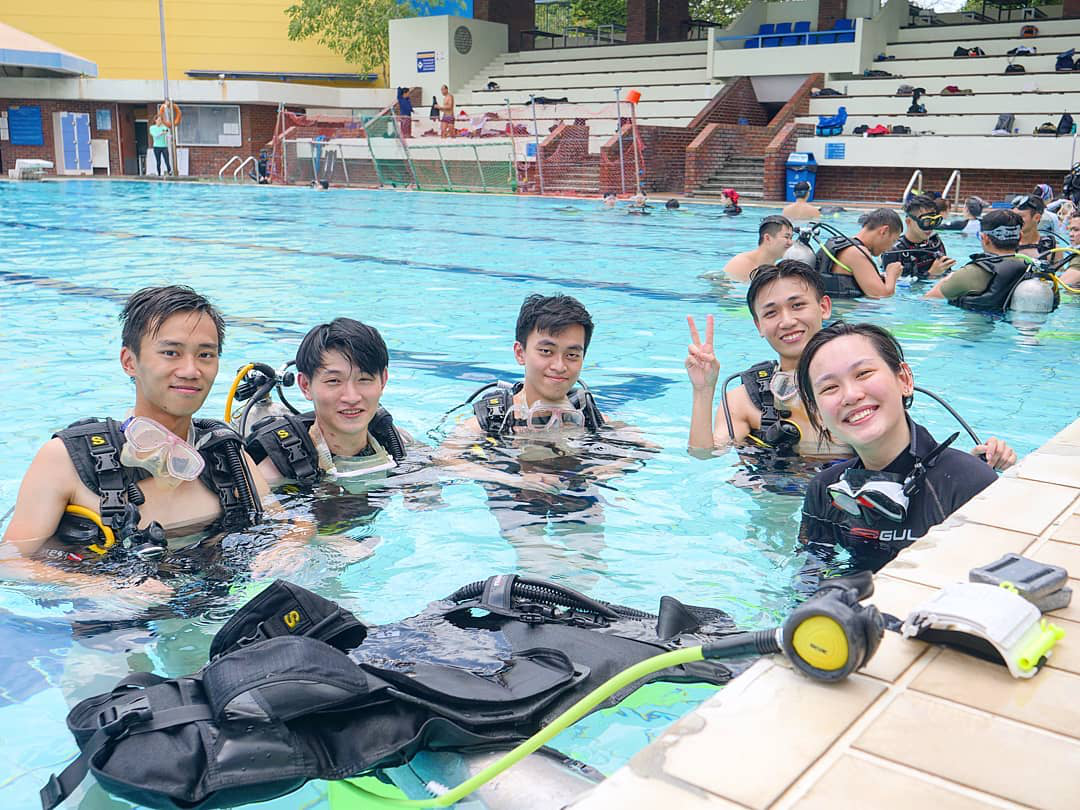 When they are not on their diving trips, they have training sessions in the pool and they also organise events for other students to get a chance to experience scuba diving and freediving – under the guidance of their instructors. 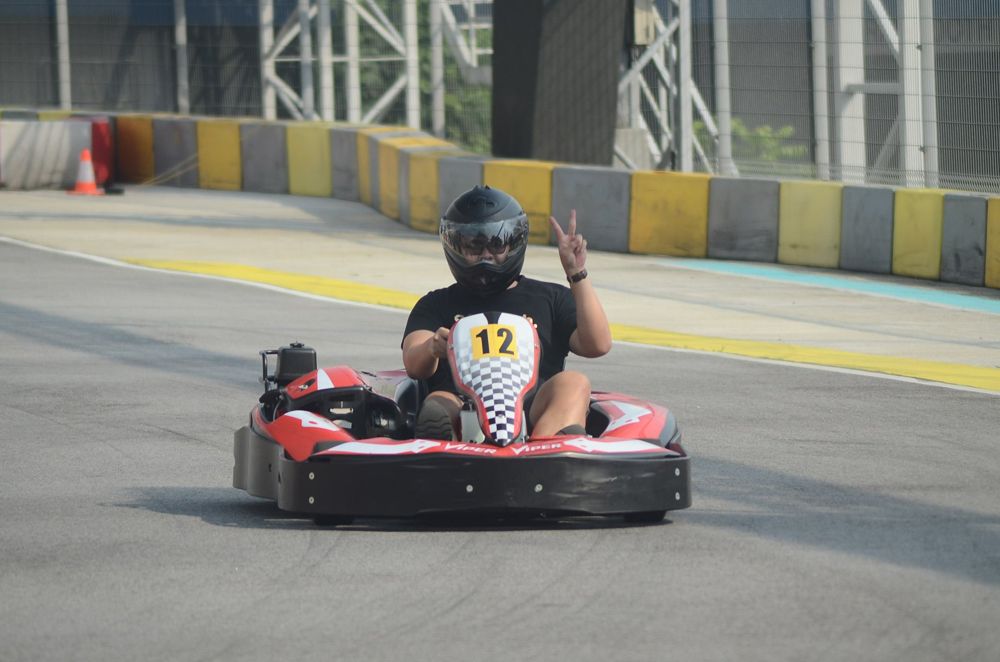 The sound of a car engine revving is oddly satisfying and thrilling. For those who seek this rush of excitement, joining the NTU or NUS Motoring Club will be for you – on top of regular go-kart racing sessions, there are also workshops to learn about everything car-related. 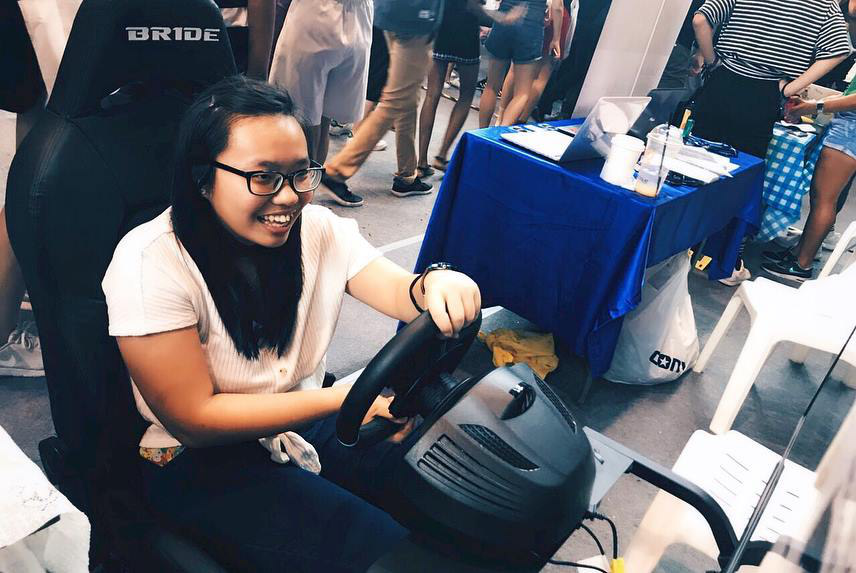 Don’t be fooled by the seemingly easy driving simulations and activities they take part in. The members of these motoring clubs also attend talks on engine technicalities and mechanical engineering. 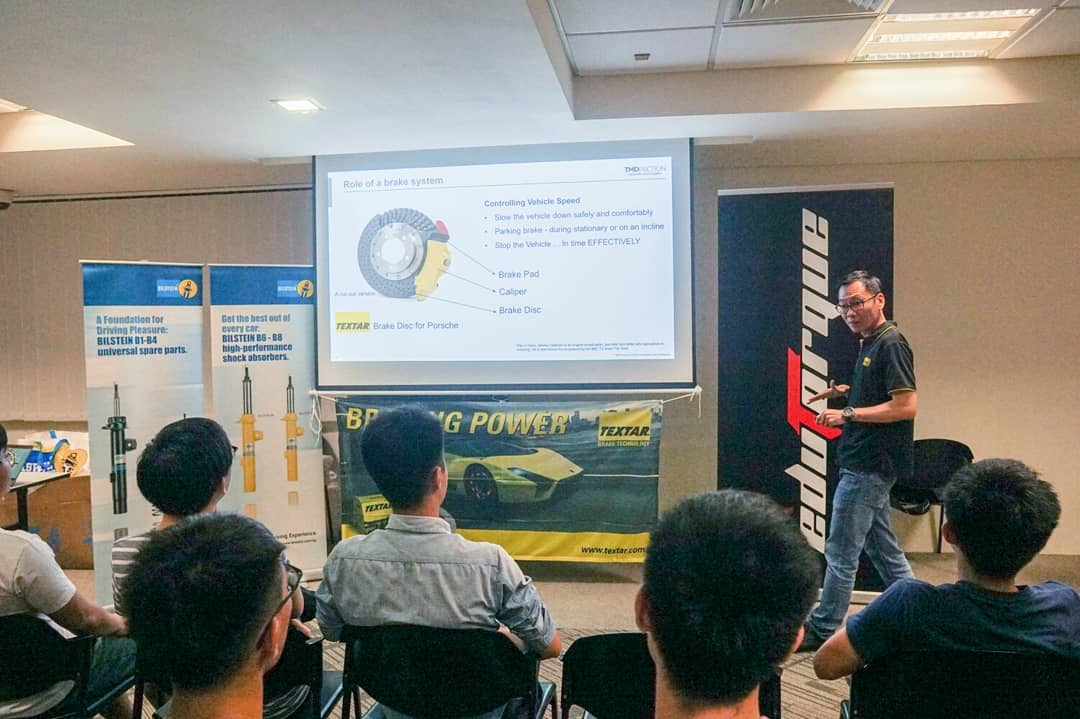 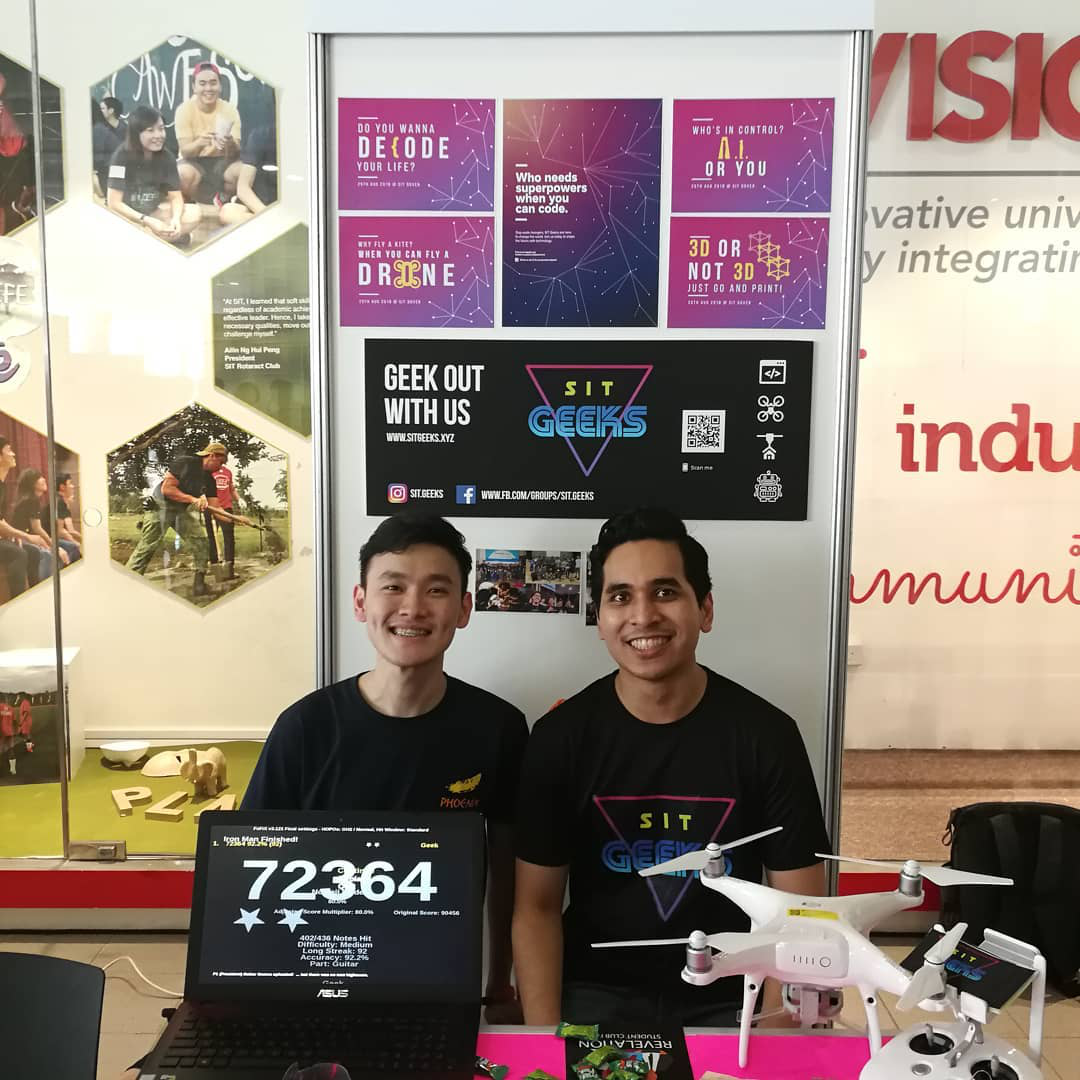 With our surmounting dependence on technology, we could definitely benefit from some foundation in computer programming or coding.

SIT Geeks is a computer programming and coding club where students study programming languages and attend workshops on new tech trends and up and coming technologies such as drones.

Now that you are aware of these unique CCAs available in local schools, they may aid you in making your decision easier when picking a university or polytechnic. And if the school you’re planning on enrolling in doesn’t have what you’re interested in, you can even take it a step further by proposing one of these as a new club.

CCAs may not be a huge factor when it comes to choosing an academic institution, but for some of us it could make a whole world of a difference. With the experience that can be gained through CCAs, we can hone our practical skills in other areas beyond our textbooks. Many of us also gain some lifelong friends along the way! 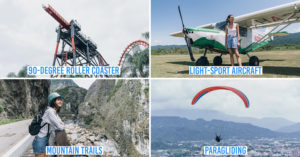 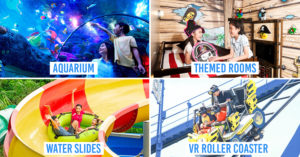